Our dogs have a habit of eating anything in sight. While their metabolism is strong and their sense of smell is unparalleled in domestic animals, it can happen they eat spoiled food. The result of eating spoiled food is food poisoning, something which can affect a dog in varying degrees. Some mild gastrointestinal problems may occur, but serious cases can be potentially life threatening. Botulism is a disease caused by a toxin released by certain bacteria. This bacteria can be found in various places, but is often found in spoiled food, especially spoiled meat.

While botulism in dogs is relatively rare, it is a disease which can be fatal if left untreated. AnimalWised looks at the symptoms, diagnosis and treatment of botulism in dogs so we can be aware of what to look out for and what to do when we see it.

You may also be interested in: Leptospirosis in Cats - Symptoms, Diagnosis and Treatment
Contents

What is botulism in dogs?

Botulism in dogs is an acute paralyzing disease. The effect is due to the action of a neurotoxin called Botulinum toxin (BTX). Neurotoxins are substances which are toxic to the both the body's central nervous system (CNS) and peripheral nervous system (PNS). This particular toxin is produced by the bacterium Clostridium botulinum. These bacteria are very resistant to their environment and are very difficult to kill. Even boiling doesn't necessary destroy them.

A dog usually contracts the disease when they consume spoiled meat. This can happen if they eat carrion (roadkill being one type) when they are out walking. However, food that is improperly stored and then fed to our dog can also cause botulism, even if it has been cooked. Meat is commonly responsible because meat is more sensitive to spoiling in more environments.

We should avoid feeding our dogs leftovers or at least avoid giving them food which has been cooked days prior to ingestion. Garbage and buried food is a breeding ground for bacteria. This is why botulism is more likely in dogs which live in rural areas or which have more space to roam.

Another way dogs can ingest the botulism toxin is if they eat food (either plant or animal product) which has been improperly canned or the can has become damaged. We can usually see this in the canned item because it will be bulging at the sides. This is due to the build up of gases released by the reproduction of the bacteria.

It is also possible for the botulism toxin to enter a wound site. If the dog sustains an injury with an open wound and then said wound comes in contact with an affected material, the toxin can enter the bloodstream. Botulism has an incubation period that ranges from 12 hours to 6 days, meaning there may be no observable signs of botulism in this period.

Symptoms of botulism in dogs

As with many diseases in dogs, botulism can present with symptoms which can also correspond to other diseases. However, if the disease is acute, there are some characteristic signs of botulism. They include:

The signs of botulism in dogs can progress more or less quickly depending on the clinical picture of the dog. If you observe these symptoms, take them to the veterinarian immediately as prognosis can depend on

Diagnosis and treatment of botulism in dogs

The first thing a veterinarian will have to do is confirm the diagnosis of botulism in he first place. There are several diseases which can cause weakness and paralysis, so it is important to rule any others out before treatment can progress. Due to a similar symptomology, paralysis caused by tick disease, myasthenia gravis or hypokalemia (low level of potassium in blood serum) can be confused with botulism.

The presence of botulism can be confirmed by finding the botulinum toxin in the blood, urine, vomit or feces. Generally, a blood sample will be taken and then sent to the laboratory for analysis. These tests need to be carried out at the onset of the disease, so it is vital we seek veterinary consultation immediately.

Dogs with a very mild clinical picture may be able to recover naturally, without the need to establish any specific treatment. Even in these cases, we need to take them to veterinarian to confirm diagnosis.

If the positive diagnosis of botulism has been made in time, it is possible the veterinarian will be able to administer the botulism antitoxin (if available). The antitoxin doesn't actually work as a curative. Instead, it prevents the toxin from further binding to neuromuscular receptors. However, if paralysis has already set in, then the antitoxin will not be very effective and is usually not administered.

Treatment of botulism in dogs is mainly covered by supportive care. This means treating the symptoms of the disease, boosting the dog's immune system and making the dog as comfortable as possible so they can fight the toxin successfully. Dogs which have a more serious clinical picture will need help being moved. They may be given intravenous fluid to help their system work. If the dog fails to urinate on their own, the dog will have their bladder emptied manually.

Due to swallowing problems, the dog will also need support to eat. A soft diet will be given to help with this, but they may need to be fed with a syringe. Antibiotics are also often given in botulism treatment. If it is suspected there is food in their digestive system which still contains BTX, it is possible the dog will be given an enema or be induced to vomit.

Is botulism in dogs curable?

While there is an antitoxin which can help, there is no answer to whether botulism can be cured in dogs. It will wholly depend on the clinical picture of the individual dog. If there is not much botulinum toxin present in the dog's system and diagnosis is made early, the prognosis is likely better than a dog which has been exposed to large amounts and the disease has progressed.

Can botulism be spread to humans?

There is little evidence to suggest a dog can spread botulism directly (as occurs with zoonotic diseases), but you will need to be careful with an infected food present in the home. According to The Center for Food Security & Public Health botulism is usually acquired from their environment and not directly from animals[1]. However, there has been a possible link between infant botulism and pet yellow-bellied terrapins. It is always important to be careful, especially with children or anyone else with a lowered immune system.

Prevention of botulism in dogs

While it is vital we stay up to date on deworming and vaccination schedules for our dogs, there is no vaccination for botulism. If there are botulism spores in the environment, they will be almost impossible for us to detect them, but we should always be careful if our dog is interacting with material which might be potentially hazardous.

If our dog has a habit of eating carrion or even picking it up in their mouths, we need to keep them more restrained. We also need to ensure we never give our dogs food which is potentially contaminated. If we feed our dog a raw food diet, then we need to store the food properly and always use the right quality ingredients. Being careful in general with what our dogs eat is one of the best ways to ensure our dog's health.

If you want to read similar articles to Botulism in Dogs - Symptoms, Diagnosis and Treatment, we recommend you visit our Bacterial diseases category.

1. The Center for Food Security and Public Health. (2018). Botulism. Retrieved on Novemeber 7, 2019, from
http://www.cfsph.iastate.edu/DiseaseInfo/disease.php?name=botulism&lang=en 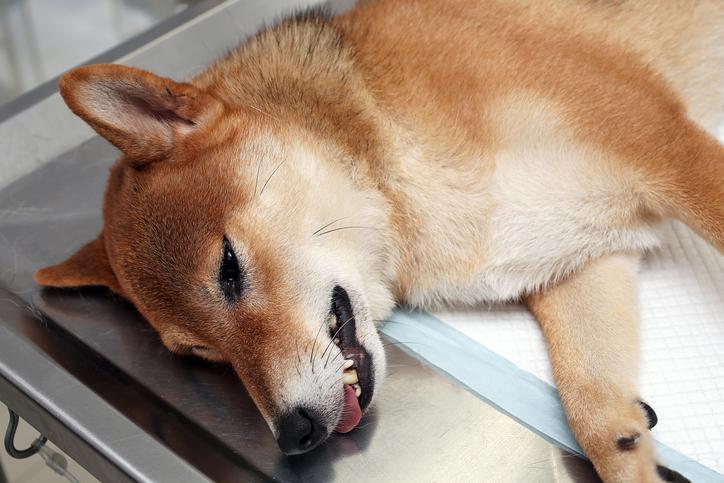 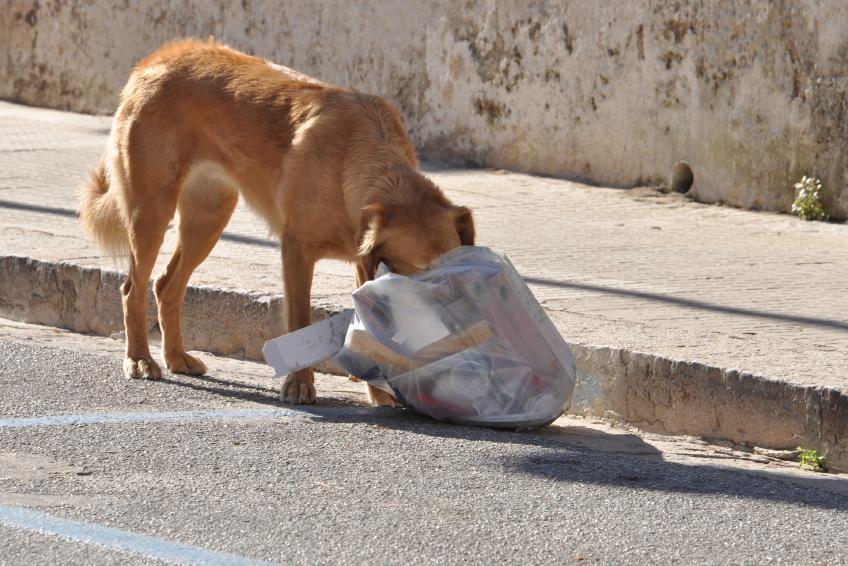 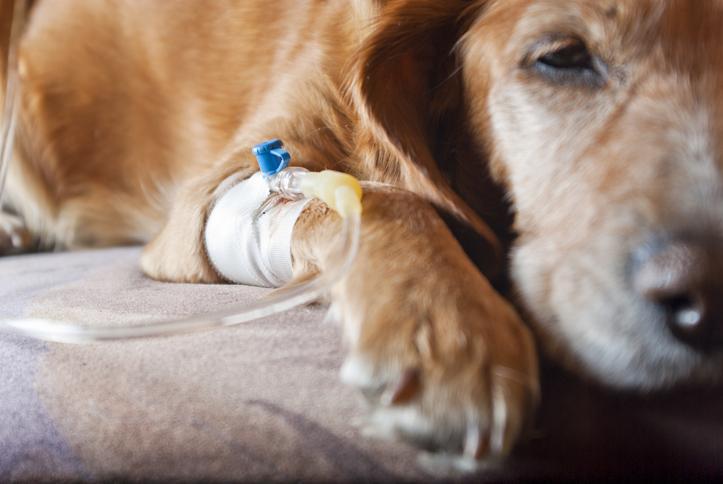 1 of 3
Botulism in Dogs - Symptoms, Diagnosis and Treatment
Back to top