Spaying Pregnant Cats - Is It Safe?

At AnimalWised we try to bring you everything you need to know about your companion animal's care. Unfortunately, this also entails some subjects readers might find upsetting. When a cat becomes pregnant, it brings up issues of responsibility which can be difficult to consider. Cats become parts of families in many different ways. You might purchase a purebreed from a reputable owner or you may bring in a stray who has come to you for shelter. But a cat which has not been neutered can get pregnant if we are not careful. Especially when motivated by their heat cycle, cats can escape and mate outside the home. Some cats we adopt may even be pregnant already.

These situations raises questions about spaying pregnant cats. Are abortions for cats safe? Are there circumstances where they are recommended?

You may also be interested in: My Pregnant Cat is Leaking Fluid
Contents

Before we explain interrupting the pregnancy of a cat, we should discuss some of the reasons this occurs. For female cats, spaying involves removing the uterus and their eggs. For this reason it is known as an ovariohysterectomy. Since both a fertilized egg and uterus are needed to gestate kittens, the cat will be unable to become pregnant.

For cats which have not been fixed or neutered, they run the risk of pregnancy. They are seasonally polyestrous meaning they can have more than one estrous cycle during certain times of the year. For cats, this is usually during the spring and autumn seasons. They do not have a period like humans. Rather, ovulation is usually induced through copulation. During their heat period, they will be more vocal, more active and will actively seek out a partner. They are more affectionate, will rub against people more and even display their genitals. Importantly, they will often try to escape when they know there is no chance of mating within their home.

The above symptoms will be repeated for approximately one week every fifteen days. If a female cat comes in contact with an unneutered male during this time, it is likely they will mate. The male mounts the female and will copulate until they ejaculate. Cats have a barbed penis which can be painful when removed, but its purpose is to stimulate the release of the egg for fertilization.

Cats can reach sexual maturity after as few as 5 months of age, although it is never recommend for cat breeders to mate them this early. They can also become pregnant at almost any stage, although older cats will have less intense heat cycles and can have more complications when it comes to pregnancy.

The benefit of spaying a cat

Spaying cats does take away their natural ability to have kittens. For many this can seem cruel, but the process of domestication has meant that spaying provides many benefits. These positively affect both the individual cat and the greater feline community in general.

Symptoms of a pregnant cat

If you have seen your cat has been mounted by a male when in heat, it is best to visit a veterinarian to perform an ultrasound and confirm pregnancy. The sooner you identify the pregnancy, the better position you are in to consider termination. There is also less risk to the mother cat's health. However, if you have not witnessed copulation, but you worry your cat may be pregnant, there are some symptoms you can observe. They include:

In general, these symptoms of feline pregnancy will begin during the middle of gestation. During earlier periods, they may be asymptomatic. Unfortunately, as we will see in the next section, this causes abortion in cats to have increased risk.

What to do if a cat is pregnant

There are many reasons why a cat's pregnancy may abort itself naturally. These could be due to microbial infections, but non-infectious causes such as endocrine failure, nutritional problems or even genetic abnormalities might occur[1]. If the pregnancy continues, there are two options:

How to interrupt a cat's pregnancy

Once we achieve a confirmation of pregnancy from the vet, they will discuss the options. These will in part be determined by how far along is the pregnancy:

How far along can you spay a pregnant cat?

Although we know the method of how to abort a cat's pregnancy, it may not always be recommended. Feline abortion drugs can be used up to three weeks before the probable date of delivery. Since the due date can be difficult to determine if we don't know when fertilization took place, it is not always possible to leave it that late. After this time they may be either ineffective or cause side effects.

Spaying pregnant cats is something which will likely be done at the discretion of the vet. However, those who would have a problem with this procedure on moral grounds are in the minority. Few more than vets know the problem that unwanted cats can bring. These cats put strain on already scant resources and many will go into a system where they can't be rehoused. For kill-shelters, this means they will be killed after they have had a chance to experience some life, which can seem more cruel than aborting earlier.

Some veterinarians will carry out a termination at any stage of the pregnancy. Others may not wish to carry it out after two weeks before the due date as they are worried about health complications for the mother. This is due to the accumulation of blood that can occur in the womb during gestation.

Spaying pregnant dogs is a complicated issue, but a qualified and experienced veterinarian should be able to discuss the options with you. The strain of unwanted kittens and the quality of life they will experience are big factors. So too is the health of the mother. Animal guardians need to make considerations for their family also, so available resources may make the decision for us.

Even if the pregnancy is further along, spaying a pregnant cat is usually fairly safe. There may be some complications (e.g. if the cat is obese or has a health issue), but spaying is a relatively safe procedure and complications are rare.

How to avoid pregnancy in cats

To avoid the difficult decision of whether to terminate a cat's pregnancy, prevention is imperative. As cat guardians, it is our responsibility to ensure the welfare of our felines. Sterilization is recommended for companion cats. There are drugs which can be taken to inhibit the heat cycle, but they are not always effective and possible side effects include breast tumors or uterine infection. They are not advised for use as a permanent contraceptive.

Many of use think it might be a good idea to start breeding cats, whether out of a desire to make money or because you like the idea of having kittens. However, many still don't appreciate the responsibility this brings. They think there will be lots of families wanting to adopt the kittens, but this is not necessarily true. In the USA alone, 3.2 million cats are entered into the shelter system per year, about 860,000 of which are euthanized[2]. Adding more will only exacerbate the problem.

Unwanted cats also add to the problem of increased feral cat populations. These cats come form unwanted domestic cats who have to live outside and fend for themselves. TNR (trap-neuter-release) schemes[3] have shown some success in reducing these populations and improving the welfare of cats in general.

If you want to read similar articles to Spaying Pregnant Cats - Is It Safe?, we recommend you visit our Pregnancy problems category.

How Do I Know if My Cat Is Going Into Labor?
Can Cats Have Miscarriages?
My Pregnant Dog is Panting But Not Pushing
False Pregnancy in Cats
Related categories
Parasitic diseasesReproductive system diseases Other health problemsBacterial diseasesMental problemsCardiovascular diseases
Most read
1.
What to Do if My Dog has Something Stuck in his Throat?
2.
My Dog Is Bleeding from His Penis
3.
My Dog Keeps Licking Her Private Area - All Possible Reasons
4.
Why Does My Cat Push Out His Penis and Lick It?
5.
My Dog Has Pus Coming From His Penis
6.
My Cat Has Liquid Coming From Their Anus
7.
My Dog's Poop Starts Solid Then Goes Soft
8.
My Dog Keeps Making a Gulping Sound
How to Know if a Donkey is Pregnant
Can I Give My Pregnant Dog a Bath?
How to Terminate a Dog Pregnancy
Phantom Pregnancy in Dogs - Everything about False Pregnancy
Why Does My Dog Have Bright Red Blood in His Stool?
Why Do Guinea Pigs Eat Their Babies?
Why a Mother Cat Rejects Her Kittens
My Dog Had a Miscarriage - Signs and Symptoms

Spaying Pregnant Cats - Is It Safe? 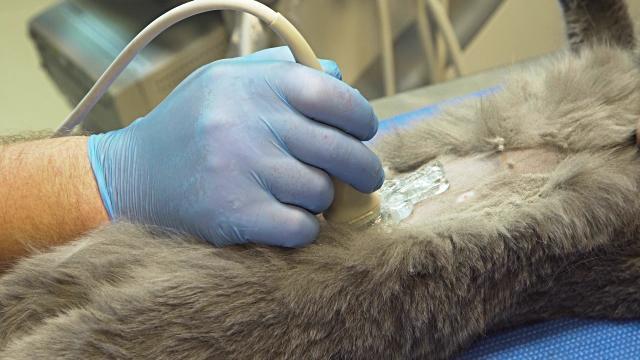 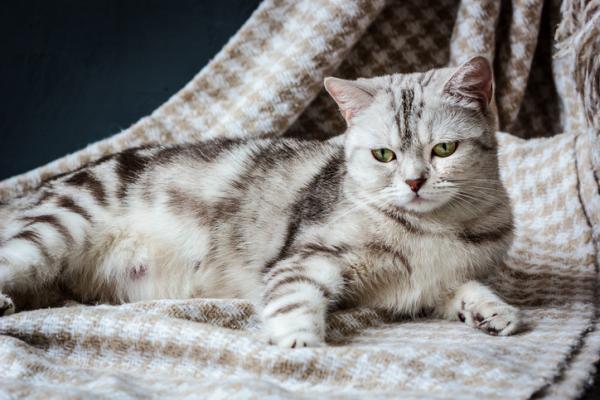 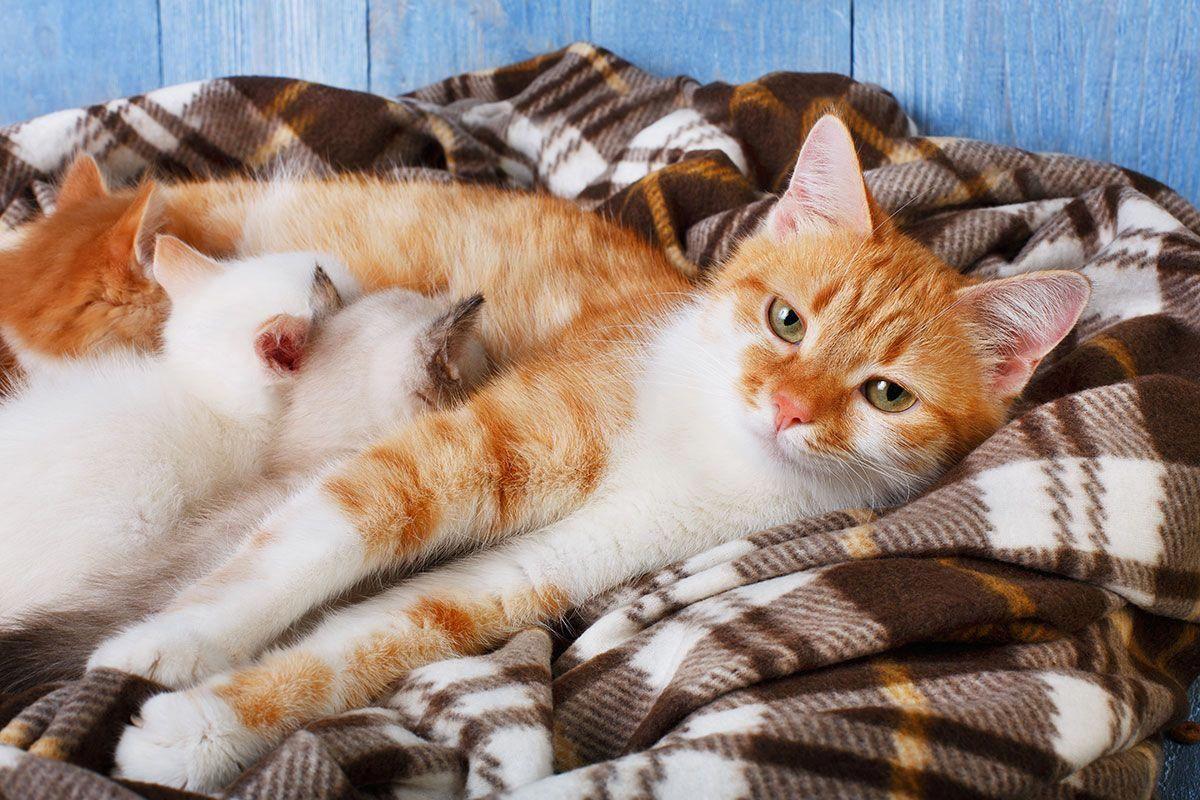 1 of 3
Spaying Pregnant Cats - Is It Safe?
Back to top