What is Double Dapple Breeding?

Dapple is marking on a Dachshund dog similar to the Merle on other breeds. It is a spotting which can be very beautiful, causing almost mystical looking patterns on the dog's fur. Even one spot on a Dachshund's fur makes it a dapple. When one dapple Dachshund dog is bred with another, you get a dog known as double dapple. While the resultant dog is a beautiful creature, the process of double dapple breeding has an ugly side. Birth defects can be disfiguring, debilitating and, in some cases, lethal. The quality of life of many double dapple bred dogs can be particularly low.

Here at AnimalWised we go further into what is double dapple breeding so you can know what to look for in an irresponsible breeder.

You may also be interested in: Is It Bad to Cross Breed Sibling Dogs?
Contents

When answering what is dappling on Dachshund dogs, we can start by telling you what it is not. It is not a particular color or even a rigid pattern. The coloration can be any mixture of a Dachshund's coloring, sometimes black, often tan, but also including some white, brown, sable and other colors. Their type of coat can also vary wildly as there are smooth coated, wire coated and long haired Dachshunds available.

The term dappling has also crossed over into the world of painting. As you might dab a canvas with a sponge to provide a dapples effect, the same occurs naturally in a dog's coat. The color isn't piebald, as in large patches of differently colored fur. Instead, it has some patches of color which are then spread out into another, giving a sort of speckled and patchy effect. In double dappled Dachshunds you will get a mixture of these patterns. There will be the piebald patches of block patterned fur as well as the dappled pattern.

Similar to how calico cats can have tabby patterns on them also, the pattern of the dappled or double dappled Dachshund cannot be predicted. Their outcome can be as vibrant or as Pollock-esque as their whimsical genes allow.

How does dappling occur?

The genetics of dogs have been closely studied. However, as with the genetics of humans, as much as we know, there are still some mysteries of nature which cannot be quite figured. What we do know is that with both humans and Dachshunds, there are dominant and recessive genes. A dominant gene is the one which wins at the creation of the individual cell, leading to certain characteristics. They come from the Dachshund's parentage, the male being the sire the female being the dam.

The dapple or merle gene for Dachshunds is dominant. This means if a Dachshund puppy is dappled, at least one of the parents must have also been dappled. There is no cause for concern breeding a dappled dog with a non-dappled dog. However, if both dogs are dappled, then problems can arise. The dapple gene is written as ‘M’ in scientific terms with the non-dappled gene written as a lower case ‘m’. The combinations of these genes can be as follows:

Unfortunately, it is not just the beautiful double dapple pattern which occurs in Dachshunds which have the ‘MM’ coding. For some reason, when these two dominant genes are combined, they result in abnormalities. Many of them have the wall eyed look which you can see in the long haired double dappled Dachshund below.

Like we said above, if you breed two dappled Dachshunds together you can have healthy puppies. However, if they are double dappled, then this can result in a variety of problems. They can really affect the Dachshund's quality of life. These include:

These problems can be lethal and, if not, will drastically reduce their quality of life. While scientists aren't completely sure why these genetic deformities happen, we do know that they do not occur in single dappled dachshunds.

Double dapple breeds which have genetic abnormalities only add to these pre-existing propensities. Consciously breeding double dapples involves taking a risk which simply isn't worth the potential pain and abuse which is passd on to the litter.

Although we now know what problems double dapple breeding can cause for Dachshunds, it is not as easy to understand why they are still bred. The reason why most would want to breed double dapple Dachshunds is to achieve these interesting new color patterns. Double dapple dogs also often have interesting eye colors, but usually due to the problems mentioned above.

There are two reasons, then, why someone would breed double dapples. Either they are ignorant of these problems or they don't care. Either way, the end result is animal cruelty. One reason why some breeders may be ignorant, other than not doing their research, is that they don't recognize the dog to be dappled in the first place. This is either because the dappling is faint or because they are confusing the dappling with a piebald pattern. To reduce confusion, we have some difference between piebald and dappled dachshunds:

Many people also want to breed double dapple Dachshunds for exhibition purposes. However, the American Kennel Club (AKC) has determined this breed to be ‘unacceptable’ and hopefully this will help stop the hurtful practice.

If you want to read similar articles to What is Double Dapple Breeding?, we recommend you visit our Hereditary diseases category.

What Is Hip Dysplasia in Cats? - Causes, Symptoms, Treatment
Can You Breed a Mother Dog with her Son?
Most Common Health Issues for Poodles
The Most Common French Bulldog Health Issues
Related categories
Bacterial diseasesMedicineInfectious diseasesFirst aidBreathing diseasesHome Remedies
Most read
1.
What to Do if My Dog has Something Stuck in his Throat?
2.
My Dog Is Bleeding from His Penis
3.
My Dog Keeps Licking Her Private Area - All Possible Reasons
4.
My Dog Has Pus Coming From His Penis
5.
Why Does My Cat Push Out His Penis and Lick It?
6.
My Cat Has Liquid Coming From Their Anus
7.
My Dog's Poop Starts Solid Then Goes Soft
8.
My Dog Keeps Making a Gulping Sound
Health Problems in Belgian Shepherd Malinois
Common Yorkshire Terrier Health Problems
Why Does my Dog Have 5 Toes on its Back Feet?
Shar Pei Fever
Health Problems of Ragdoll Cats
Von Willebrand Disease in Dogs - Causes, Symptoms & Treatment
Elbow Dysplasia in Dogs
Polycystic Kidney Disease in Cats

1 comment
Rating:
Lyn
24/01/2020
I have been offered the adoption of two dappled male dachshunds aged 5 and 8 respectively. One is brown dappled with brown eyes, the other is black with one white eye. Hearing that this could mean blindness and that deafness is a possibility with this condition has made me nervous. How will I be able to tell whether or not they are double dappled, which I understand to be a high health risk? And should I be reluctant to offer them a home due to the risk of illness and high vet bills?

Dapple dogs doesn't mean they have been double dapple bred. We cannot say, but you will need to check with the breeder about their state of health. many of the medical issues can be seen from birth, but this doesn't problems can't develop later. In general. any purebred dog is more susceptible to health problems when compared to a mixed breed. In saying that, any dog may potentially become ill, it will be up to you to assess whether you can meet the financial responsibility. The best thing to do is to speak to the breeders, ask for certification of their veterinary health check up and go on from there. Good luck!
What is Double Dapple Breeding? 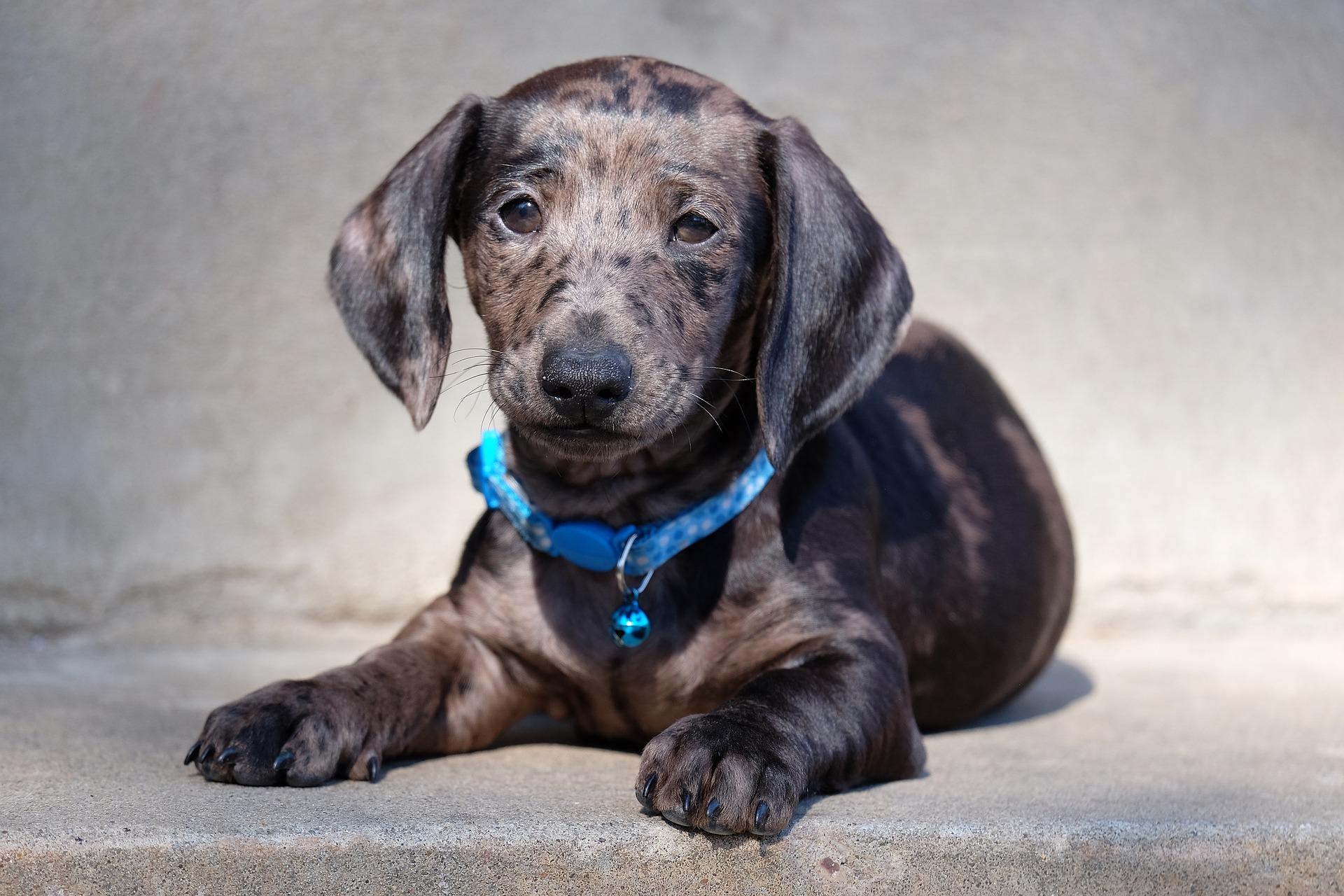 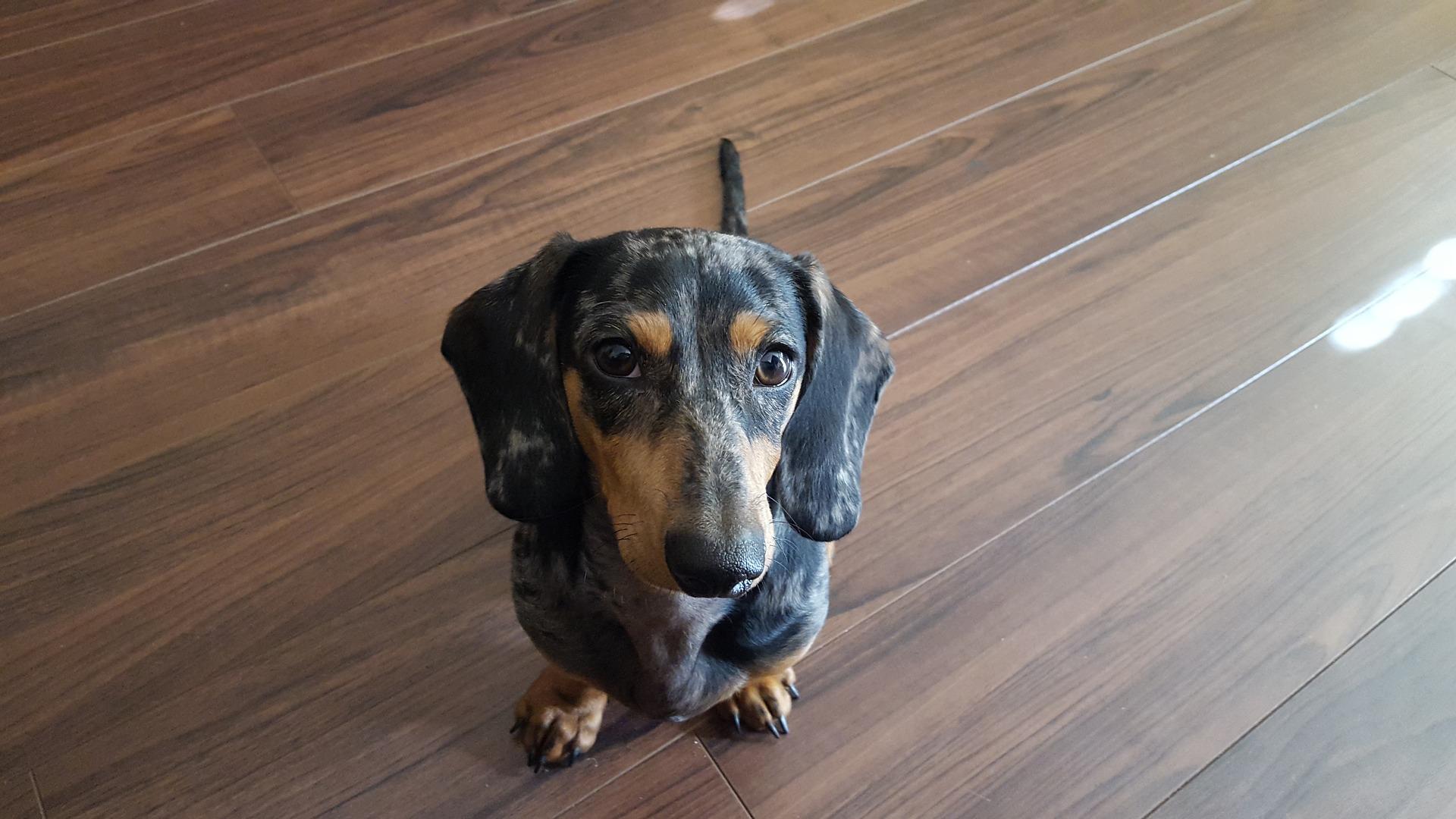 1 of 2
What is Double Dapple Breeding?
Back to top