Types of Felines - Characteristics and Examples

Felids or commonly felids (Felidae), colloquially called cats, are a family of placental mammals of the order Carnivora. They have slender bodies, keen hearing, short snouts, and excellent eyesight. They are the most secretive of all hunting mammals. Most consume only meat, ignoring any other food as live prey. They catch them with their sharp claws and usually kill them with a single, tough bite.

In the following AnimalWised article, we will explain what the different types of felines are and what their characteristic features are.

Characteristics of the felines

Currently, there are only two subfamilies of felids:

In this article we will go over all the cat species that belong to these groups.

The subfamily Felinidae includes 34 species of small or medium-sized cats. The main difference from the Pantherinae subfamily is in their mouth structure. Their vocal cords are simpler than those of Pantherinae cats, so they cannot produce a true roar. They can, however, purr.

Within this group, there are different types of felines or lineages. Their classification is based on their genetic relationship. They are the following:

Cats form the genus Felis, which includes some of the smallest species of all feline species. For this reason, they feed on small animals such as rodents, birds, reptiles, and amphibians. They also tend to eat large insects, such as grasshoppers.

All wildcat species are particularly good at stalking and hunting at night, thanks to their highly developed night vision. They are distributed throughout Eurasia and Africa, except the domestic cat (Felis catus), a cat selected by humans from the African wild cat (F. lybica). Since then, it has accompanied our species on its travels through all continents and islands.

The genus Felis consists of 7 species:

If you want to learn more about the different types of domestic cats, continue reading this article, where we describe domestic cat breeds with spots.

Prionailurus is a genus of spotted small wild cats native to Asia. Their preferred habitat is forests. They feed on small mammals, reptiles, birds, and occasionally aquatic life.

These cats are also nocturnal, although they differ in size and behavior. Among them is the smallest cat species in the world, the so-called Rusty-spotted cat (P. rubiginosus). It is 35 to 48 cm (14 to 19 in) in length. The fishing cat (P. viverrinus), on the other hand, is distinguished by being the only cat that feeds on fish. For this reason, the fishing cat lives mainly near wetlands, along rivers, streams, oxbow lakes, in swamps and mangroves.

In the group Prionailurus we can find the following 5 species:

There are 3 species in this genius that are closely related genetically despite their different appearance:

These three species are among the largest cat species. They are very agile predators with diurnal habits. The cheetah prefers arid and dry environments where it waits for its prey near water sources. The cougar, on the other hand, is more likely to be found in the high mountains.

If these cat species stand out for anything, it is for the speed they can achieve thanks to their elongated and stylized bodies. The fastest animal in the world is the cheetah, which easily exceeds 100 km/h, which allows them to hunt their prey by pursuit.

If you want to learn more about the cheetahs, continue reading this article, where we describe the differences between a cheetah and a leopard.

These cats are one of the most unknown cat species due to their rarity. They live in the Indo-Malayan region of Southeast Asia and are characterized by their unique beauty and golden colors. Their color patterns allow them to camouflage themselves with the litter on the ground and the bark of trees.

In this group, we find 3 species or types of felines:

Lynxes (Lynx spp.) are medium-sized predatory cats with black spots on their bodies. They are characterized mainly by their short tail. They also have large and pointed ears that end in a black plume. This gives them excellent hearing, which they use to track their prey. They feed mainly on medium-sized mammals, such as rabbits or lagomorphs.

This type of cats includes 4 species:

Leopardus is a genus that includes eight species of small cats native to the Americas. They are distributed throughout South and Central America, except for the ocelot, which has populations in southern North America. These cat species are distinguished by their dark spots on a yellowish-brown background. Their size is medium, and they feed on animals such as opossums and small monkeys.

In this group, we can find the following 8 species:

This group of felines includes 3 species that are genetically related:

All of these cat species live in Africa, except the caracal, which also occurs in southwest Asia. This and the serval prefer dry and semi-desert areas, while the African golden cat lives in fairly closed forests. All are known to prey secretly on medium-sized animals, especially birds and large rodents.

Have you heard of other big cat hybrids? There are many possible combinations, but they share some common characteristics. Read on in this other article where we talk about the differences between ligers and tigers.

Pantherinae is a subfamily within the family Felidae. These carnivorous animals are distinguished from other species of cats that exist by their long, thick and strong vocal cords. Their structure allows them to emit true roars. Although this is their main characteristic, some species we will see cannot roar.

This subfamily of cats is less diverse than the previous one, since most of its species are extinct. Currently, there are only two lineages:

Although commonly known as panthers, these animals do not belong to the genus Panthera, but to Neofelis. Like many of the cats we have seen, panthers live in southern Asia and the Indo-Malaysian islands. This cat species can reach a fairly large size, although not as large as their closest relatives. They are mainly arboreal. They climb trees to hunt primates, or jump down from them to catch medium-sized land animals.

If you want to know more about leopards, do not miss this other article where we explain the different types of leopards.

Members of the genus Panthera are the largest cat species in the world. Their robust bodies, sharp teeth and powerful claws enable them to feed on large animals such as deer, wild boar and even crocodiles. Famous are the fights between the latter and the tiger (P. tigris), which is the largest cat in the world, weighing up to 300 kg (660 lb.).

Almost all big cats live in Africa and South Asia, where they inhabit the savannah or jungle. The only exception is the jaguar (P. onca): the largest predatory cat in the Americas. All of them are well-known animals, except for the snow leopard (P. uncia), which lives in the most remote mountainous regions of Central Asia. This is due to its special white color with which it camouflages itself in the snow.

Within the genus Panthera there are 5 species:

If you want to read similar articles to Types of Felines - Characteristics and Examples, we recommend you visit our Facts about the animal kingdom category.

Types of Felines - Characteristics and Examples 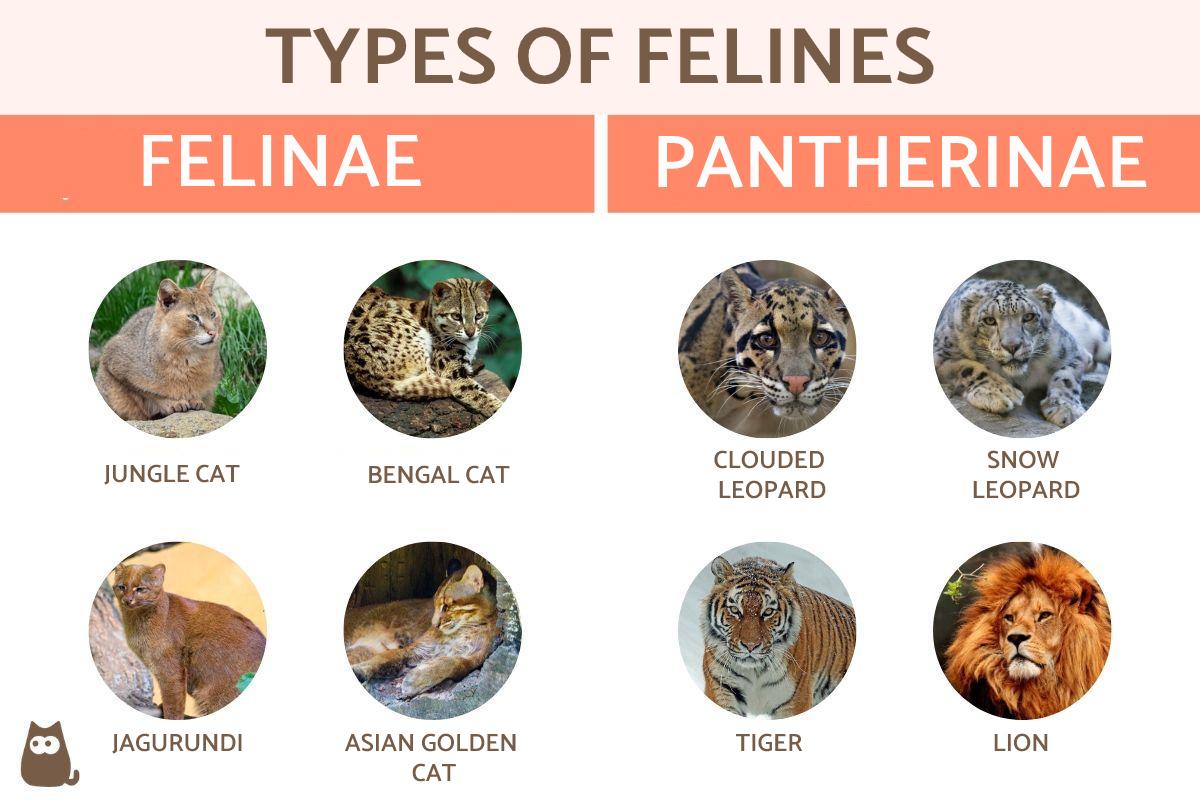 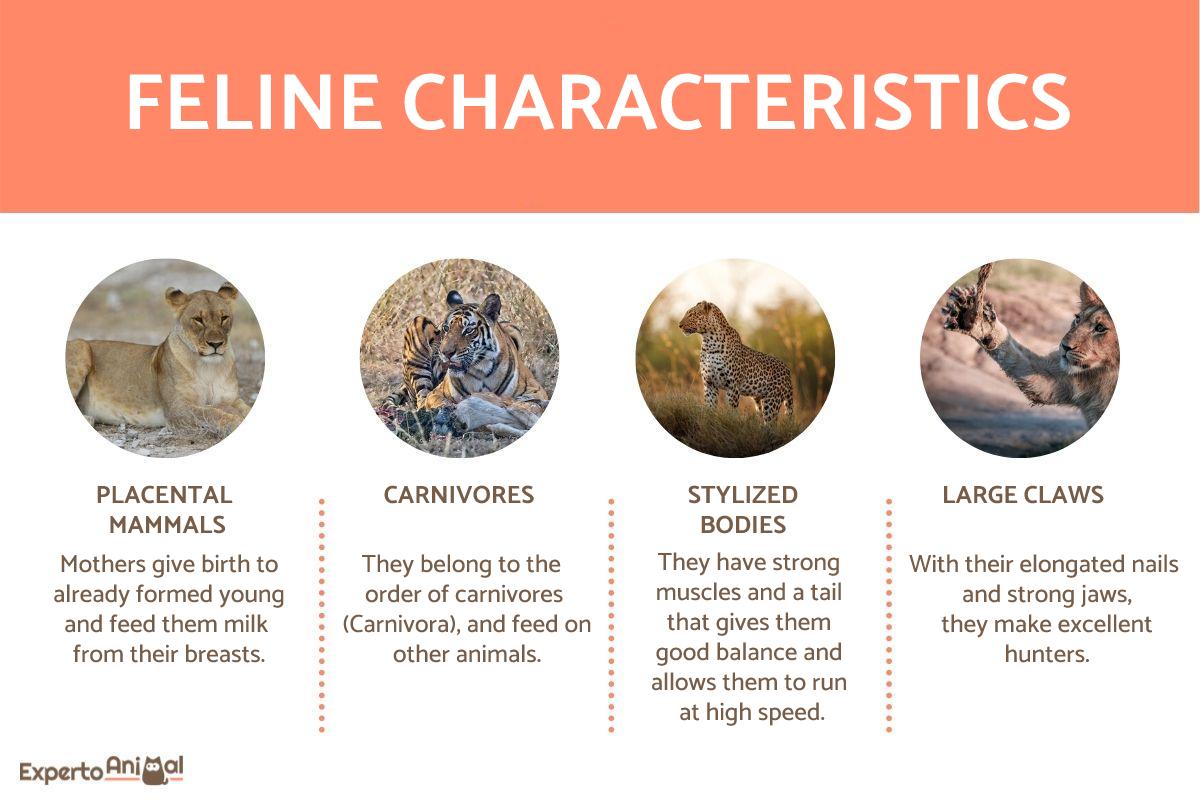 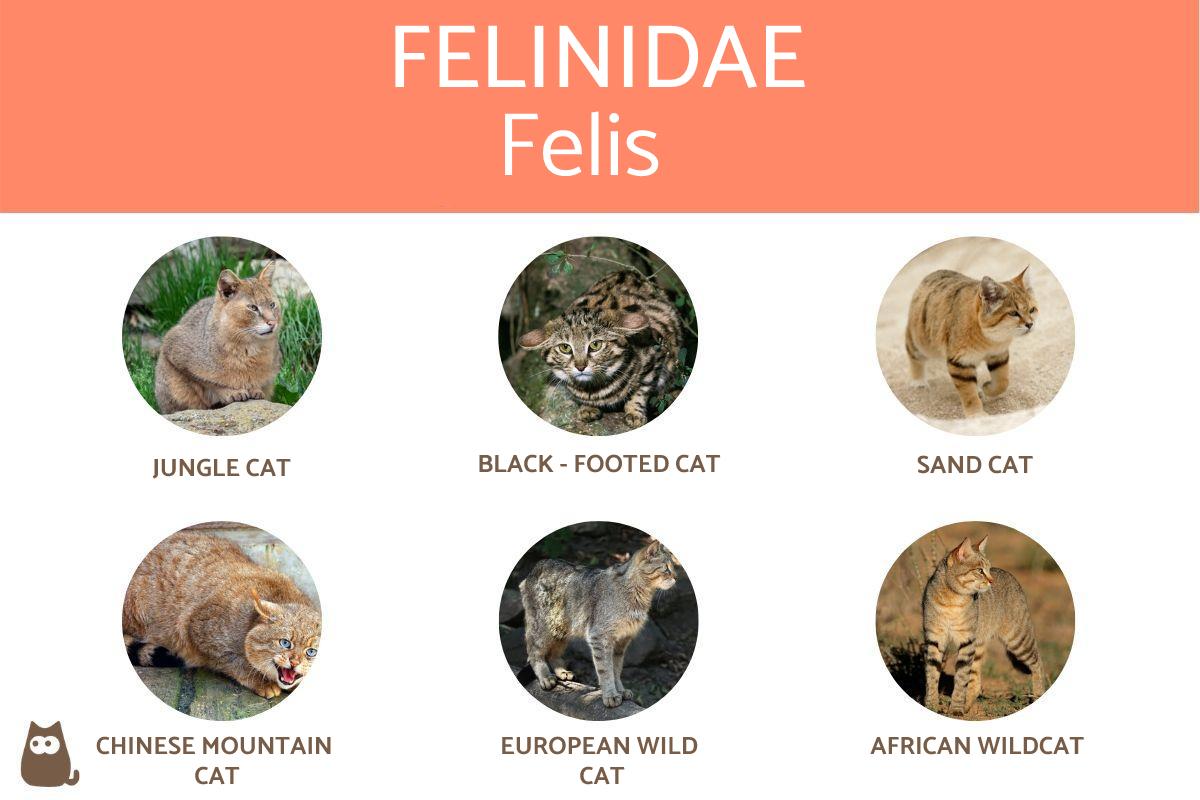 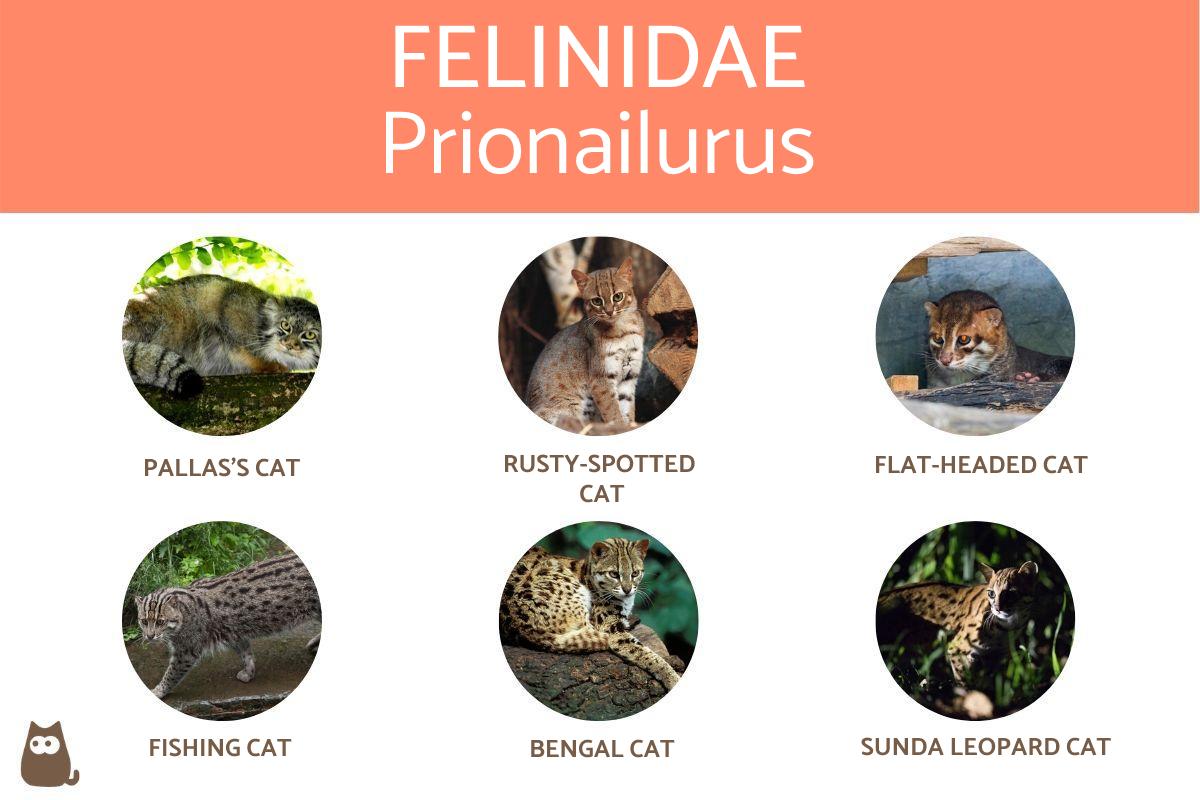 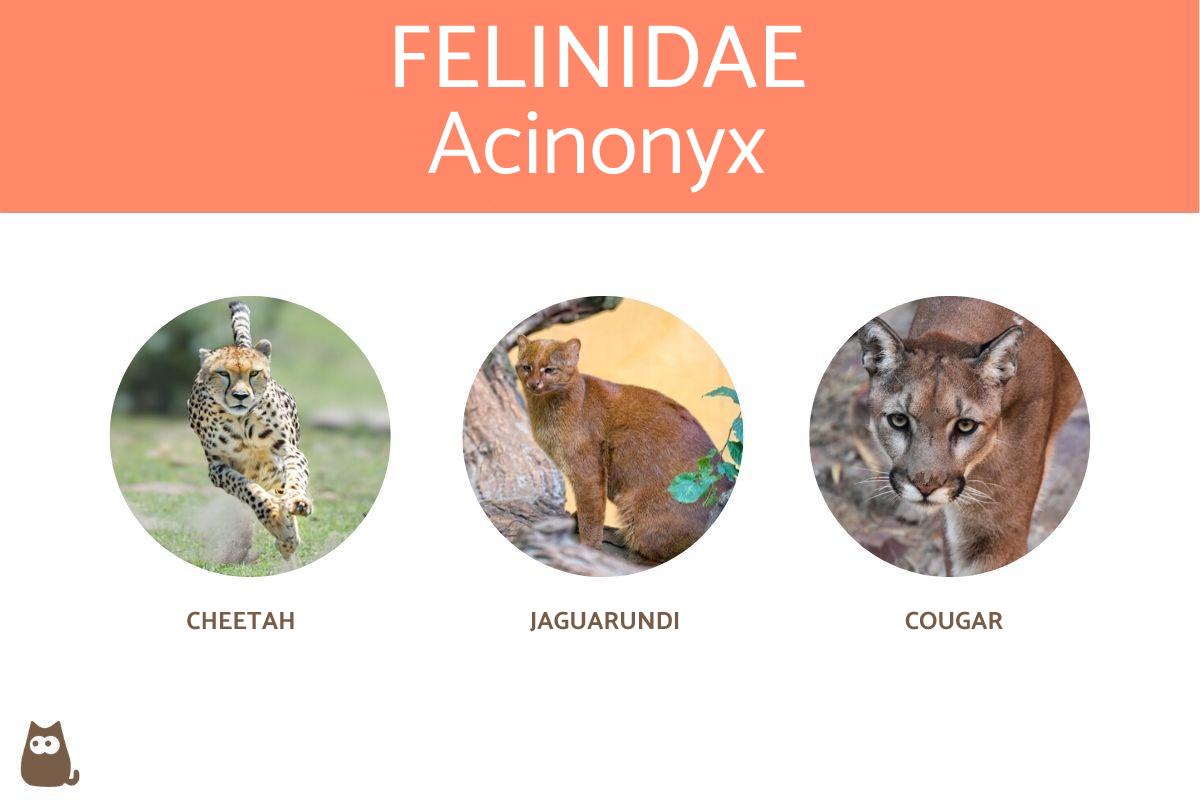 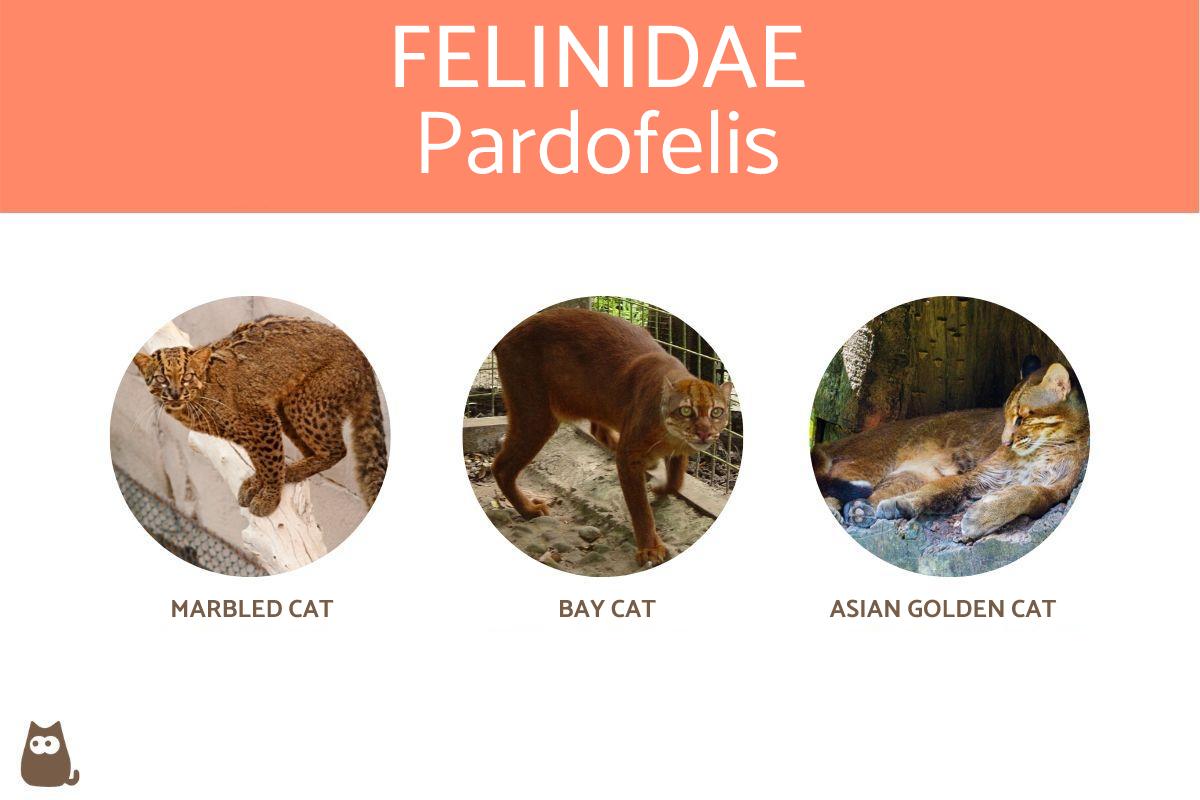 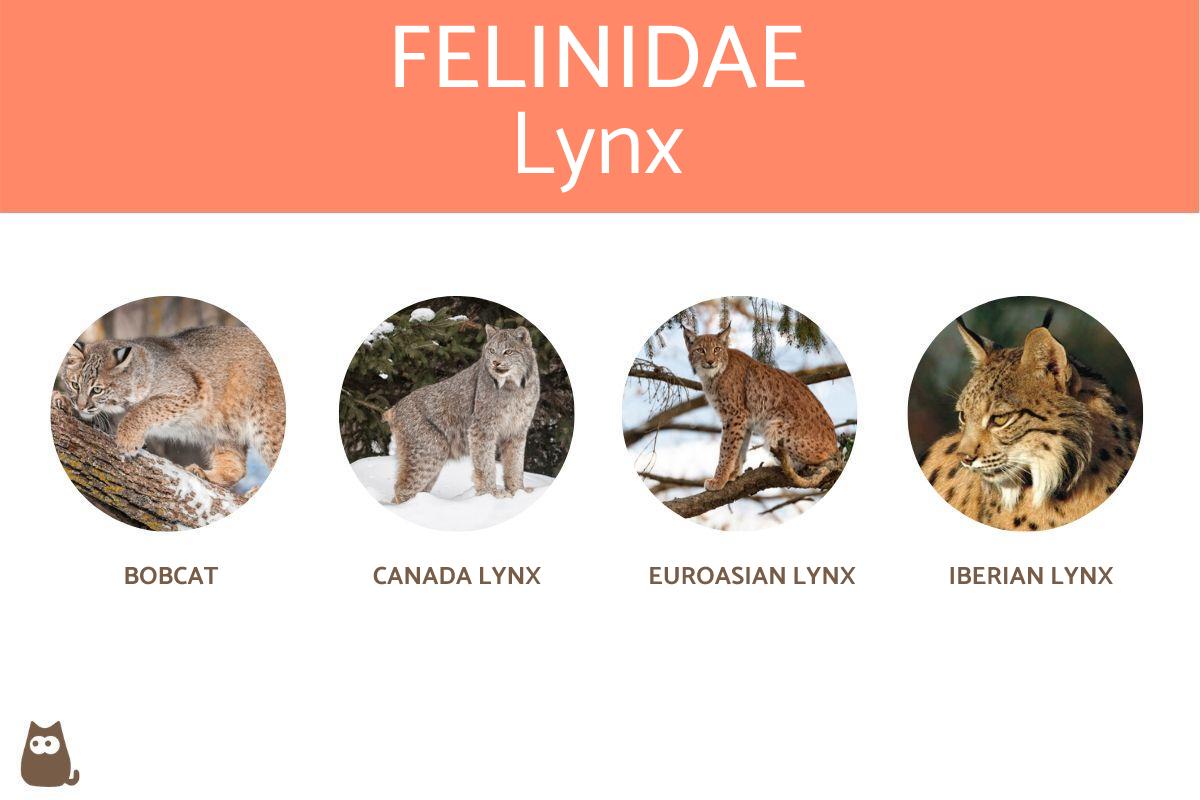 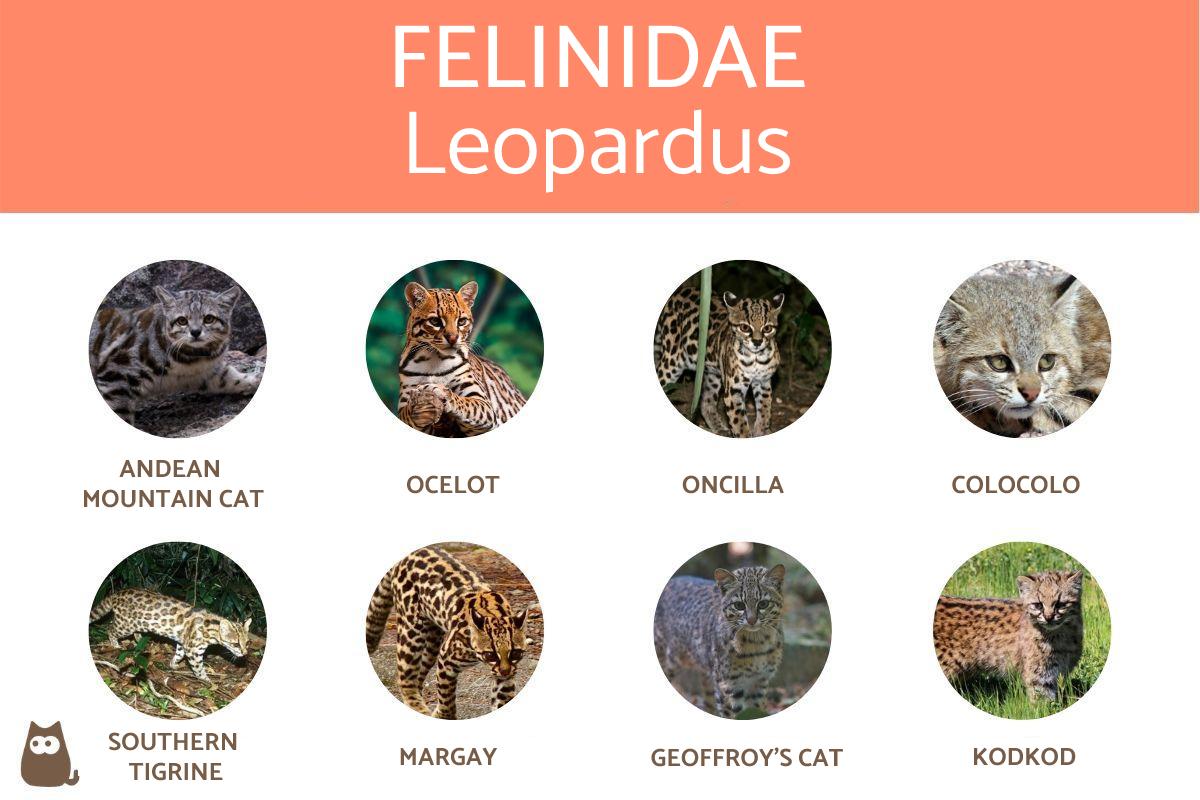 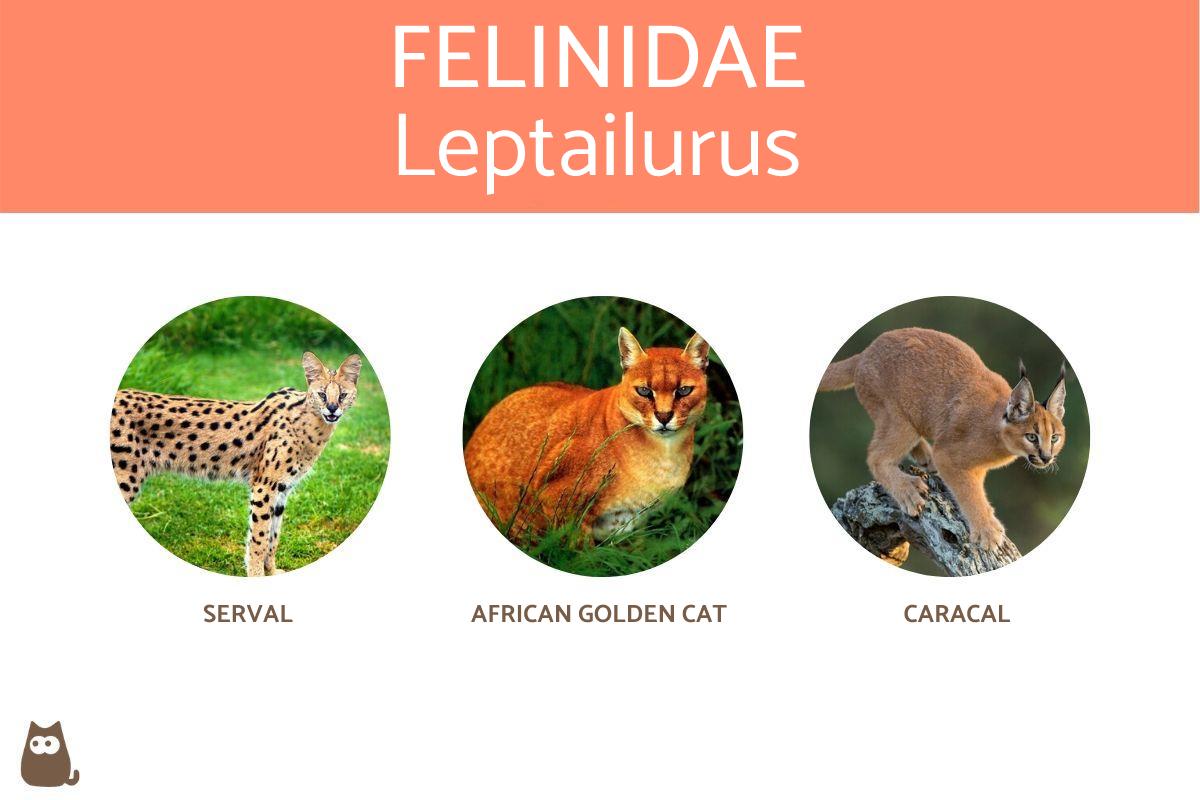 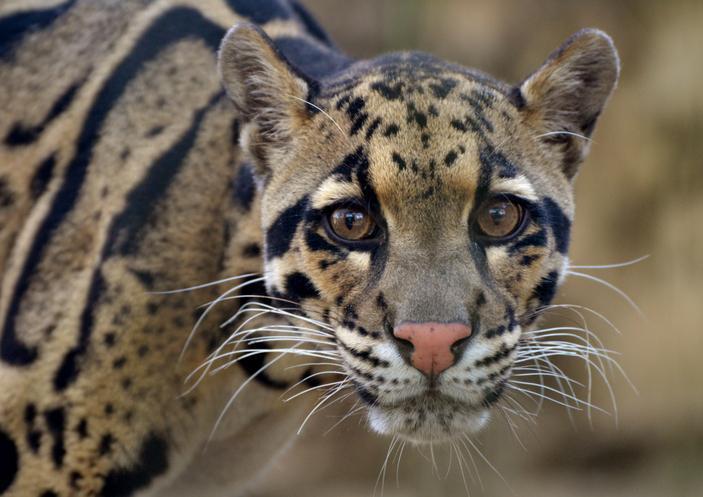 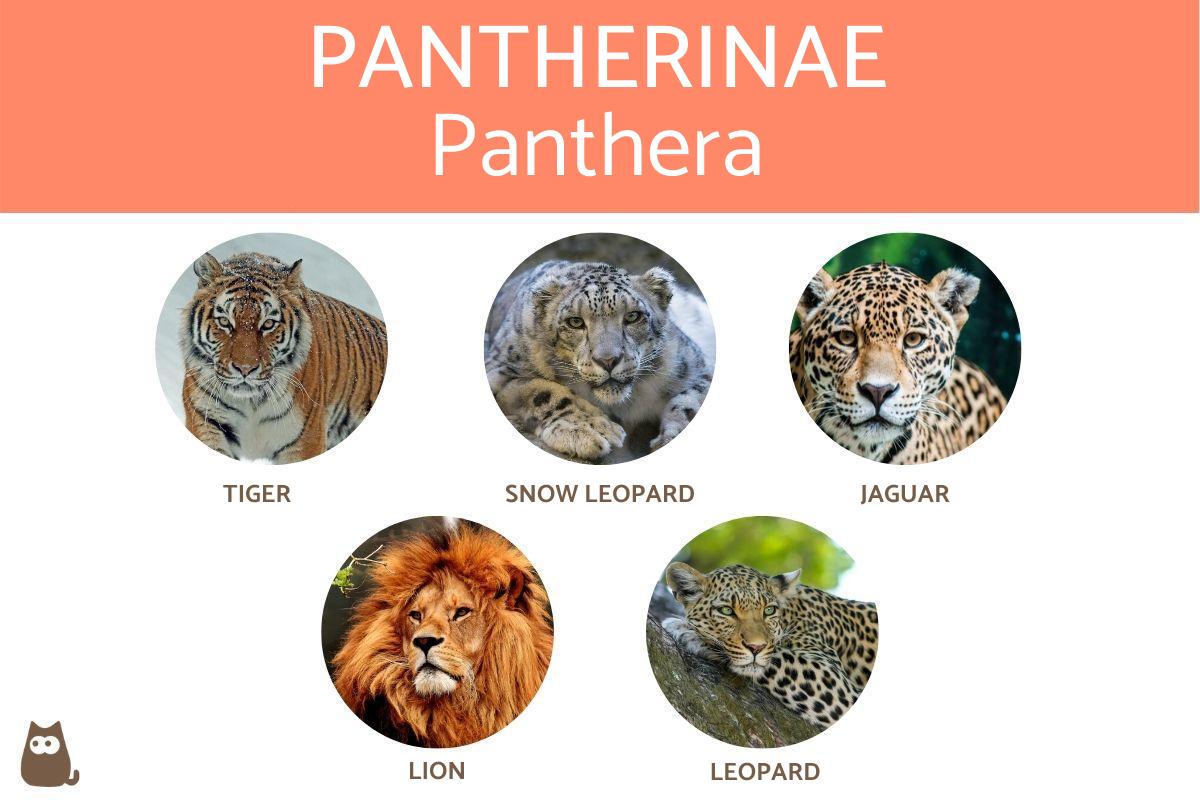