What is an Olde English Bulldogge?

The history of the Olde English Bulldogge

With this in mind, in 1971 Leavitt began his scheme to achieve a purebred dog that matched the "Regency Period" Bulldogs. He did so by crossing breeds with the following genetic lineage:

He did so to achieve a dog which lessened some of the traits which had become issues for the current English Bulldogs. Namely, their problematic bone structure, predisposition to genetic disease and issues with aggression.

When we compare the English Bulldog vs. the Old English Bulldog, we need to keep in mind the latter was created to overcome some of the issues of the former. The Olde English Bulldogge is described by the UKC as a muscular dog of medium size that has great strength and is very agile. Their body is proportionate and is not known to have breathing problems. Their character is friendly, alert and confident.

On the other hand, the English Bulldog is not as proportionate, as it has wide, heavy set shoulders and becomes lighter as their body approaches their hindquarters. Their height and weight also differs from the latter, as an English Bulldog weighs an average of 40-50 lbs, whereas the Olde English Buldogge is heavier, weighing an average 60-80 lbs. Moreover the English Bulldog's height is generally shorter, as they tend to have stockier and sturdier legs.

As mentioned, the Old English Bulldog was used as a fighting dog and took part in bull-baiting. The prominence of their lower jaw made their grip even stronger, making them a desired choice for blood sports.

It is hard to know the temperament of the Old English Bulldog with their human guardians. They were mainly used as fighting dogs and they were known to have small brains. They were fierce in the fighting pit and very effective. In 1835, the Cruelty to Animals Act was approved in the British parliament, thus making dog fighting illegal.

How to Train an Olde English Bulldogge

Now that you know exactly what is an Olde English Bulldogge, let's take a look at a few training techniques that will suit their affable character so they can live a happy and fulfilled life if you are thinking to adopt one.

As mentioned above, the Olde Englsih Bulldogge has a more docile character than the English Bulldog, which is why they will be slightly easier to train, provided you start their education at a young age. Owners should start socialization as soon as they reach three months of age. Olde English Bulldogges are slightly wary of strangers and have a strong bond with their families. You will need to work on their relationships with other humans that are not directly linked to direct family in order to raise a friendly dog.

This dog breed is highly intelligent and somewhat more independent than others, this is why you should be very consistent when teaching obedience, always spending around 15-30 minutes a day practicing their obedience skills. Moreover, they are also highly athletic dogs, which is why they should enjoy longer and more frequent walks than that of the English Bulldog. It is recommendable to give them light exercise, so 2 to 3 half hour walks will be enough.

Due to their sociable temperament, they will enjoy waking in groups. If you have other dogs in the neighborhood, it will be a good idea to join them. Take advantage of walks to practice a few tricks and games, which will highly benefit their mental well-being. Once the dog has mastered their basic training, they will enjoy learning agility with their owners due to their athletic structure. Take into account that this breed is pretty sensitive to extreme temperatures, which is why you should care for them and avoid taking them out in very cold or warm weather conditions.

What to feed an Olde English Bulldogge

When they are puppies, weaned Olde English Bulldogges should have four bowls full of specific puppy food until they are 12 weeks old. Then, they will have their feeds reduced to 3 up to 6 months and then to 2 daily feeds once they are one year old, always giving them full-grown dry dog feed.

You can combine this with boiled egg and fruits suitable for dogs for extra protein and vitamins on counted occasions, but you should be weary of giving them cooked bones as they can create tooth and bone issues easily.

If you want to read similar articles to What is an Olde English Bulldogge?, we recommend you visit our What you need to know category.

References
What is a Lykoi or Werewolf Cat?
Keeping an Emperor Scorpion as a Pet
Can a Cat Live in an Apartment?
At What Age Does a Yorkshire Terrier Stop Growing?
Related categories
The most...NamesThe least...ComparisonsIdeal for
Most read
1.
Best Names for American Bully Dogs
2.
Tamil Names for Dogs - With Meanings
3.
What is the Difference Between a Donkey, a Mule and an Ass?
4.
Stoats as Pets: Guidelines and General Tips
5.
100 Popular Bird Names
6.
Types of German Shepherd - All Breed Variations
7.
How long does a Cat Take to Adjust to a New Home?
8.
The 5 Most Wrinkly Dog Breeds
9 Fish for an Outdoor Pond
What is the Right Age to Adopt a Puppy?
When Is a Dog Fully Grown?
Can You Have an Armadillo as a Pet?
Can You Have an Otter as a Pet?
List Of Sighthound Dogs
At What Age Do Cats Calm Down?
Labrador Companion Dog Breeds for Best Compatibility

What is an Olde English Bulldogge? 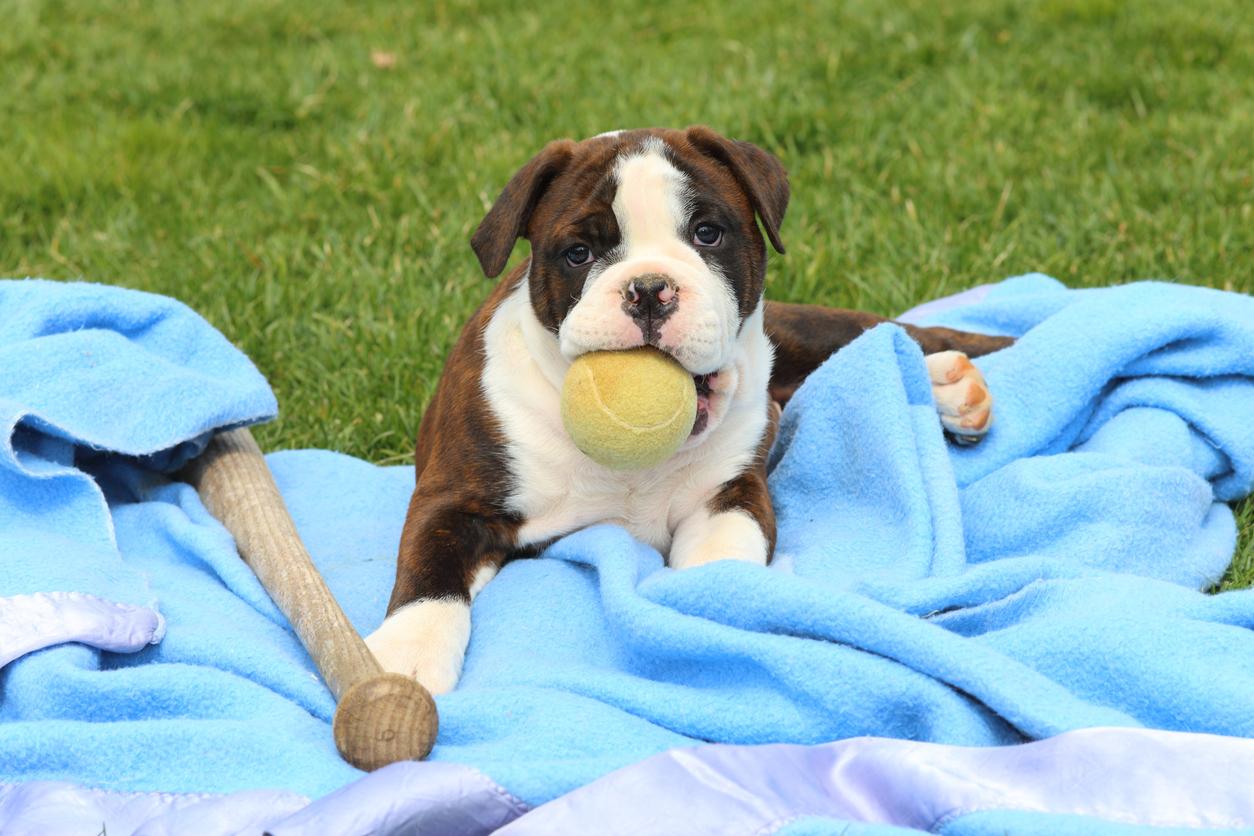 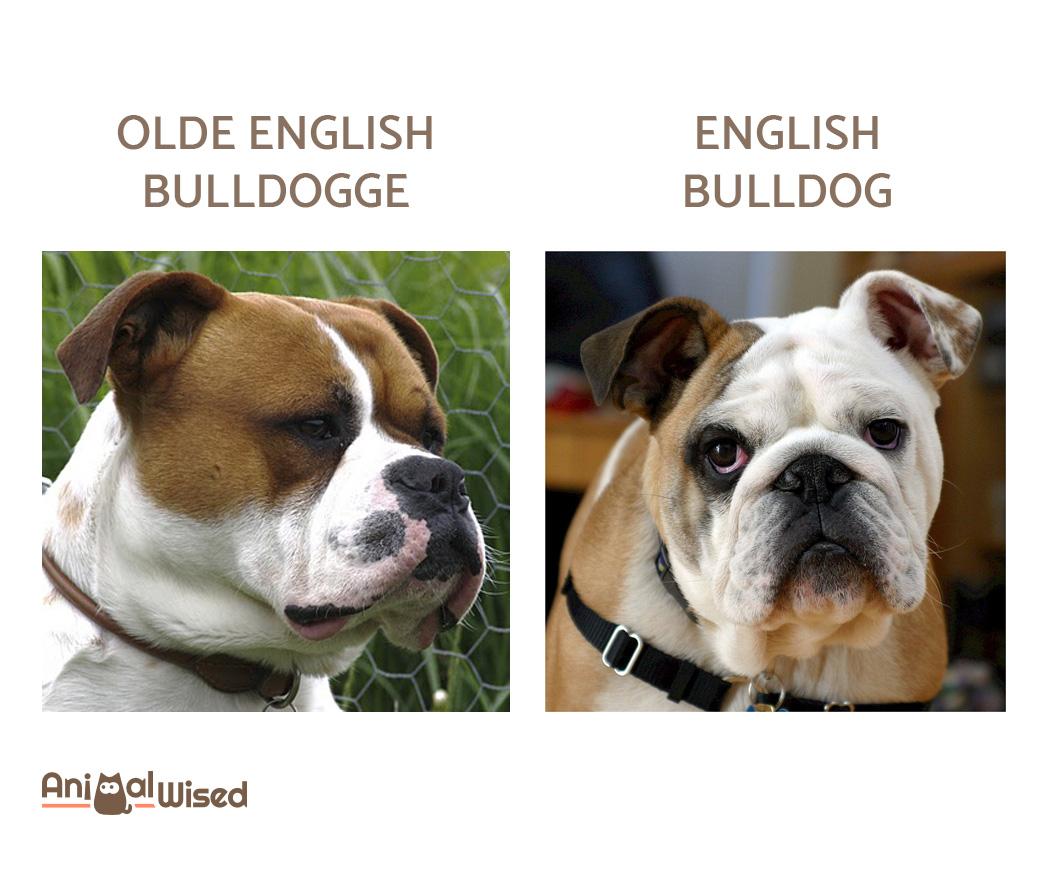 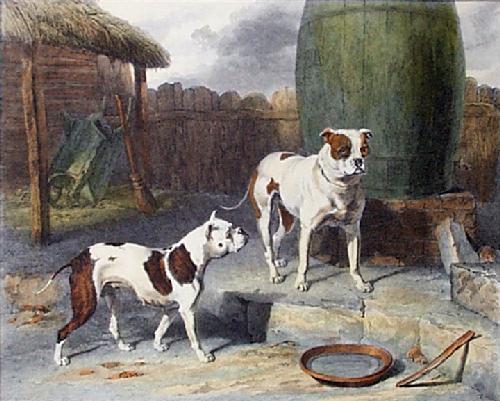 1 of 3
What is an Olde English Bulldogge?
Back to top