The English bull dog is a breed with an unmistakable appearance. Robust and short, they look fierce (due to their origins), despite their character which is usually affectionate and calm. They are ideal for families in which special attention is given to pets, since they are dogs that need to be continuously in contact with their owners.

Also, these dogs are considered very faithful because it is very difficult for an English bull dog to change owner. However, they are often characterized by being quite possessive with food or toys.

If you want to adopt one of these loving animals, AnimalWised will show you their main characteristics so you can see if you would make a fitting owner.

Origin of the English Bull dog

The English bull dog descended from dogs used for bull-baiting in Britain. The dog that grabbed the bull by their nose and pinned them to the ground was deemed the victor. It was common for a bull to maim or kill several dogs at these events. These customs led to dog fighting with bulls and other large animals, but fortunately, this cruel practice was banned in the 19th century.

When bull baiting was banned, the bull dog lost popularity among the English and started gradually disappearing. Some English immigrants living in the United States maintained the breed with few changes, giving rise to the ancestors of the American bull dog. However, in England, the original Bull dog was crossed with smaller and less aggressive dogs, changing their shape to what we know today.

Their current size and morphology don't allow them to perform many tasks, but their affectionate nature has made them one of the most beloved pets in the world.

The breed standard does not indicate a predetermined size, but the bull dog usually has a height at withers of almost 40 centimeters. Their weight, which is itself indicated in the standard, is about 25 kg for males and 23 kg for females.

This is a dog of heavy build, short stature and short hair. At first glance, you can see a wide, powerful and compact animal. The bulldog's head is large but in proportion to the body and they have wrinkles on both their forehead and cheeks. The thick and strong neck leads into magnificent jowls. The face of the English bulldog is undoubtedly their most distinctive feature. It is short and has a broad, blunt muzzle, which slopes upwards with an obvious protrusion of the jaw. In theory, this morphology helps the dog bite without releasing their prey, but this is unlikely to work. In fact, it is not a common morphology in natural predators. Yet, the myth remains. Their round and average sized eyes are well separated from each other and are very dark, almost black. They should not be sunken or bulging. On the other hand, the ears of high insertion, are small, thin and in the form of a rose. Their nose is broad and black. Their jaws are strong and square, and they possess an extreme underbite.

Their short body and sturdy structure don't mean they are susceptible to obesity. The posterior region is high and strong, but clearly lighter than the anterior region which is very robust. The chest is broad, rounded and deep, and continues in a retracted abdomen, never hanging. The limbs are strong, muscular and robust. Females are less developed than males. The upper line forms a smooth bow, the loin being higher than the cross. It is called cockroach back and is very typical of this breed. The tail, of low insertion, is of moderate length. It begins short, rounded and thick at the base and finishes in a thin point. Usually, the bull dog carries it low - it should never be above the upper line.

The movement of the English bull dog is also very characteristic. They are heavy footed. Their back feet hardly rise or appear to touch the ground. According to the breed standard, "no part of the bull dog's body should be oversized relative to the others, thus breaking the general symmetry, making the dog appear deformed or interfering with its ability to move," but this is debatable. Although the English bull dog is a morphologically symmetrical dog, its structure can be considered deformed by many and often impairs their ease of movement to some extent.

The bull dog is a determined, strong, alert, brave and loyal dog. According to the breed standard, they should be active animals but adult bull dogs are usually rather quiet. This dog demands a lot of attention and is not an animal that should be left alone for long periods. They form intense bonds with their human family and tend to feel isolated when left alone for too long.

Their fierce appearance usually gives the wrong impression. These dogs usually have an affectionate and calm character , although they are also tenacious when they want something. They are usually very patient with children and are generally excellent pets. Of course, not all dogs of this breed will have these features. Their character will vary and depend heavily on the conditions in which the dog lives and lived.

When the bulldog gets angry, however, they are often feared. When they defend their territory, their family or their possessions, they are brave dogs and capable of causing much damage. That is why it is very important to socialize them from a puppy and educate them in good manners and dog obedience . One of the aspects that can trigger bulldog aggression is competition for food and toys. These dogs tend to be possessive, so you have to prevent them from becoming guardians of resources. Obedience training and, especially, self-control exercises help a lot in this. On the other hand, that feature can be used to make the English bull dog a good guard dog. You must prevent them from being a compulsive barker. This dog can raise an alarm when it is really needed, and their appearance can dissuade many. However, their physical structure doesn't make them a suitable protection dog.

As an adult, the bull dog can be aggressive with other dogs, especially if they are of the same sex, and with other pets. However, when they have been properly socialized, they can get along with other dogs and other pets. Either way, many owners of this breed prefer to sterilize their dogs to reduce the likelihood of fights.

Powerful heat is a great health risk to the English bull dog. The extremely flat face has a negative effect on their airways and makes it difficult for them to breathe when they are agitated and, consequently, when it is very hot. It is good for the bulldog to do moderate exercise to stay in shape, but intense exercise can be a risk factor, especially in warm climates. Of course, never leave a bulldog or another dog in a closed car, because of the risk of thermal shock.

This is not a dog for intense exercise. You will not win an agility championship with your English bulldog... unless only dogs of this breed compete. However, they do need daily walks to exercise and socialize with people and other dogs. On the other hand, The bull dog is not a dog that can live in a garden. They do not withstand climatic variations well, so must live inside the house. The good news is that they are cleaner dogs than other breeds and they do not require lots of activity. The bad news is that they can be very slobbery!

Bulldogs shed hair regularly, so you will have to brush them two or three times a week, using a rubber brush. However, their coat is easy to maintain. Their wrinkles and folds should also be cleaned with a soft damp cloth or a soft moistened sponge. Then you need to dry them with a dry, soft cloth to avoid the appearance of fungi and other skin issues.

The English bulldog learns easily when trained with positive methods, such as clicker training . However, when dog training is based on traditional techniques and the theory of dominance, it creates a lot of conflict and the dog does not respond well. Whatever method you use to train them, you should not expect the bull dog to respond as promptly to orders as a more athletic dog (a Boxer or Belgian malinois shepherd, for example).

Health of the English bulldog

By intense and disorganized artificial selection, this breed often presents many hereditary diseases and other health problems.
Among the diseases that are common in the English bulldog are hip and elbow dysplasia, keratoconjunctivitis, respiratory problems, entropion, ectropion, cataracts, elongated palate, heat stroke, inverted tail, skin problems and bloating.

Of course, there may also be other dog diseases, depending on the care given to each animal and their particular genotype. A relatively common problem, derived from the English bulldog's flat face, is breathlessness. The exaggerated shortening of the face has led many bull dogs to present respiratory problems, even if the standard indicates that this is undesirable.

Furthermore, differences between male and female size, together with their light rear body and heavy front, means reproduction is very difficult. Human assistance during both the crossing and childbirth is usually required.

It is strongly recommended that this breed visits the vet every 6 months to maintain good health or quickly detect any illness. It will also be essential to follow the vaccination schedule and regularly deworm them internally and externally.

If we comply with all their necessary care and the dog maintains good health, you can enjoy their company between 8 and 10 years.

Upload a picture of your English Bull dog 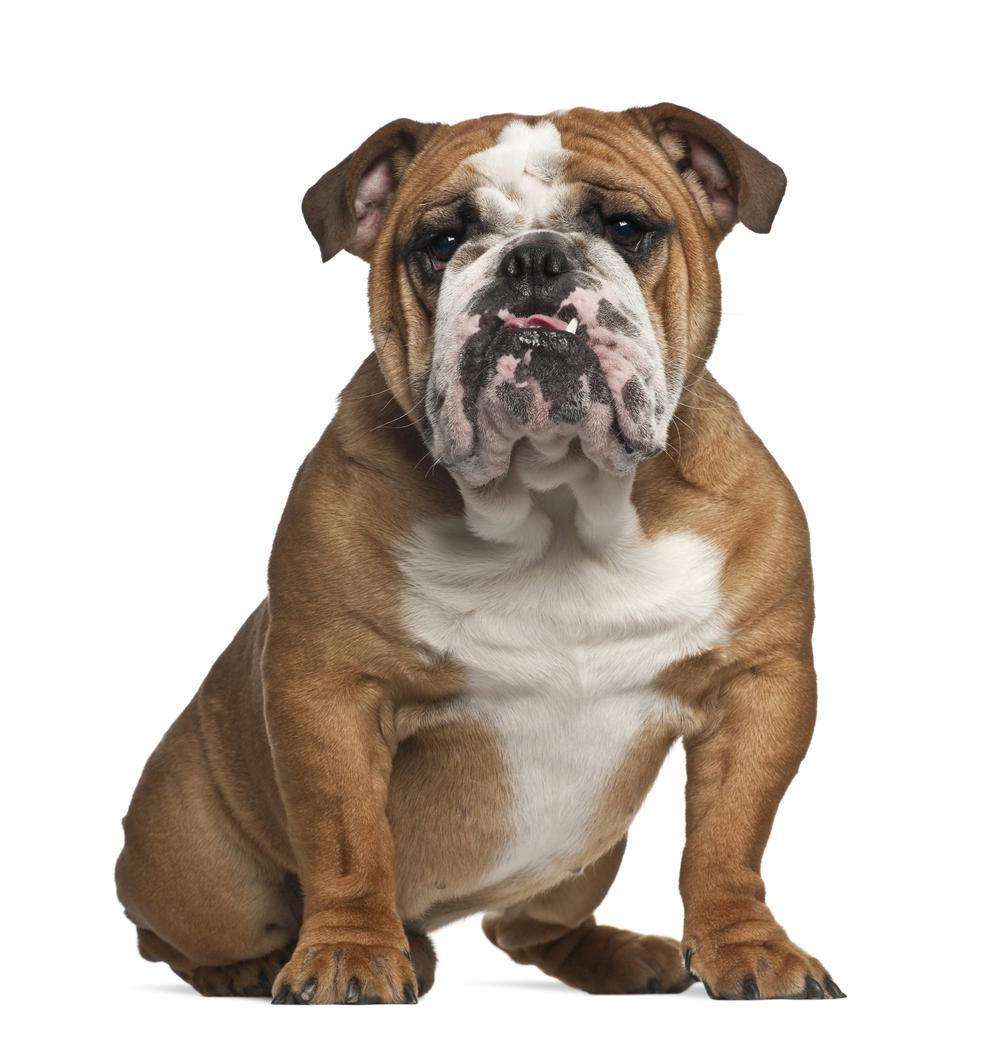 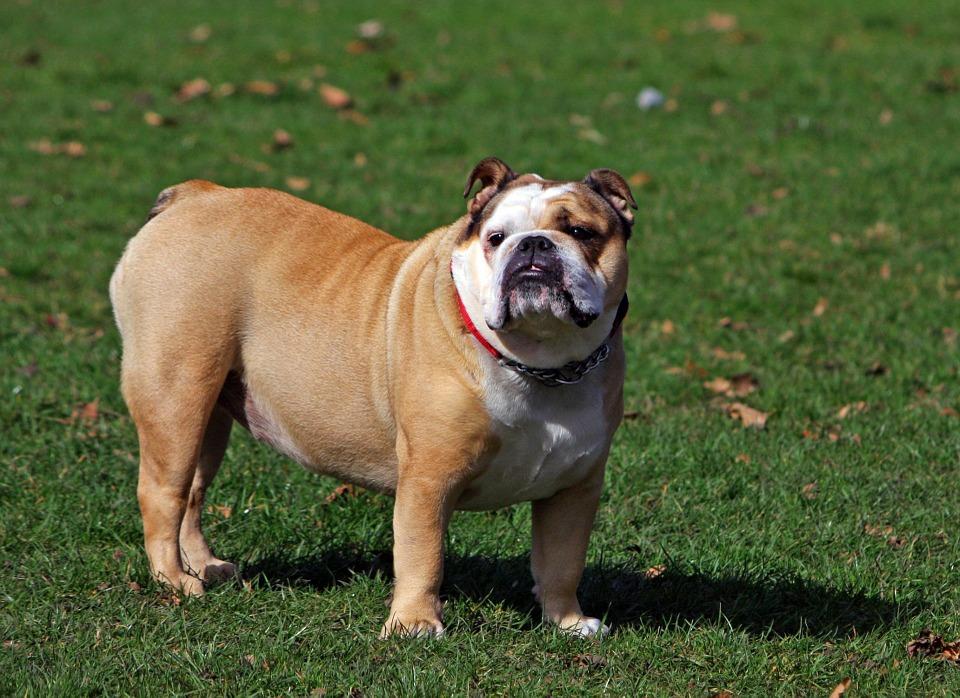 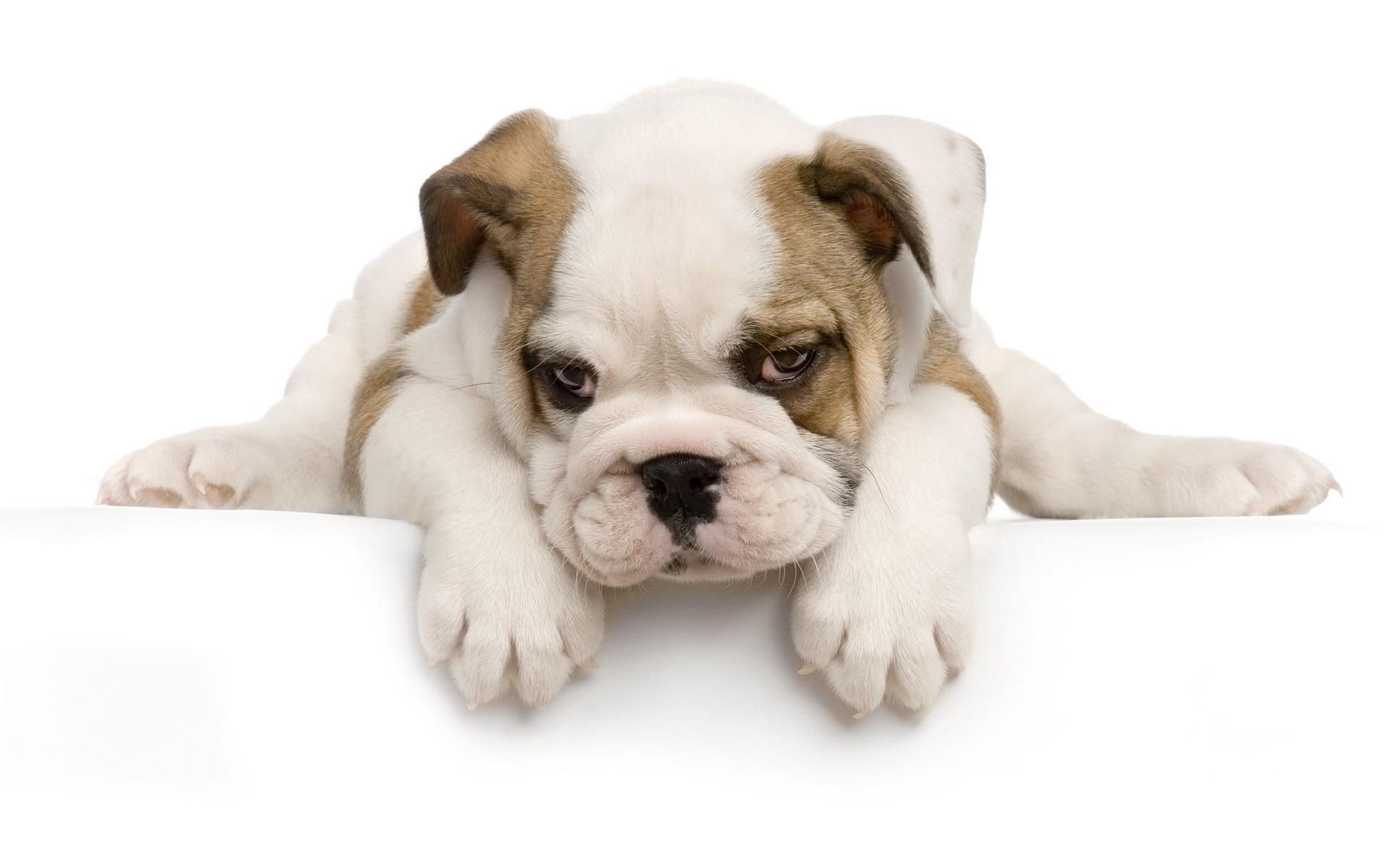 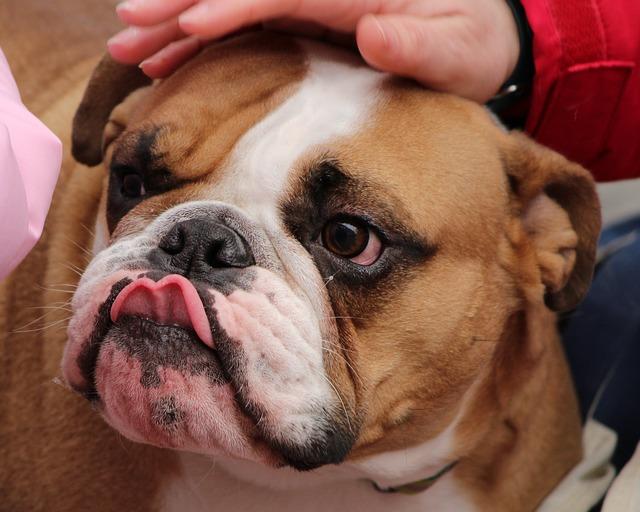 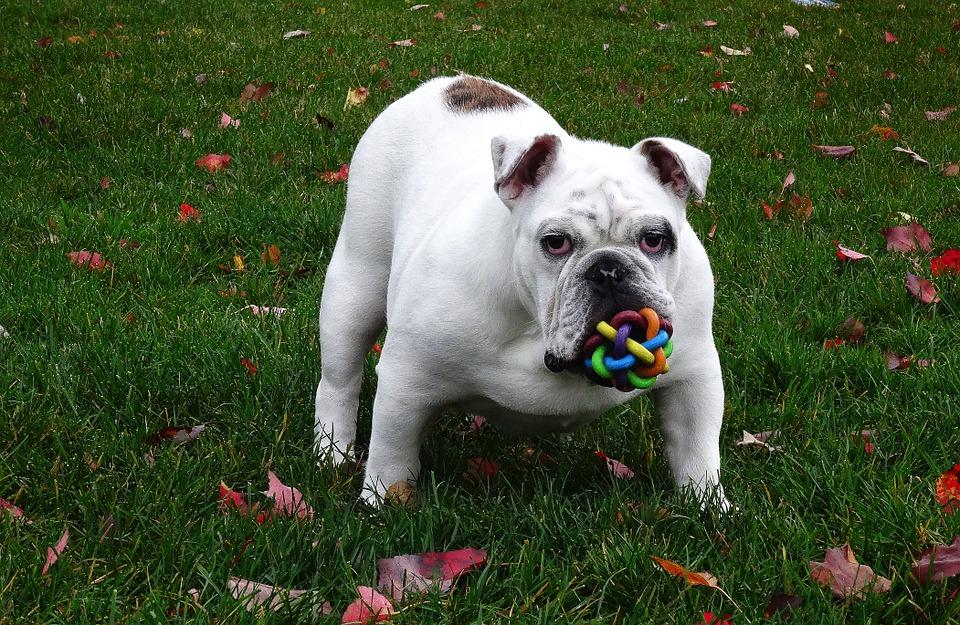 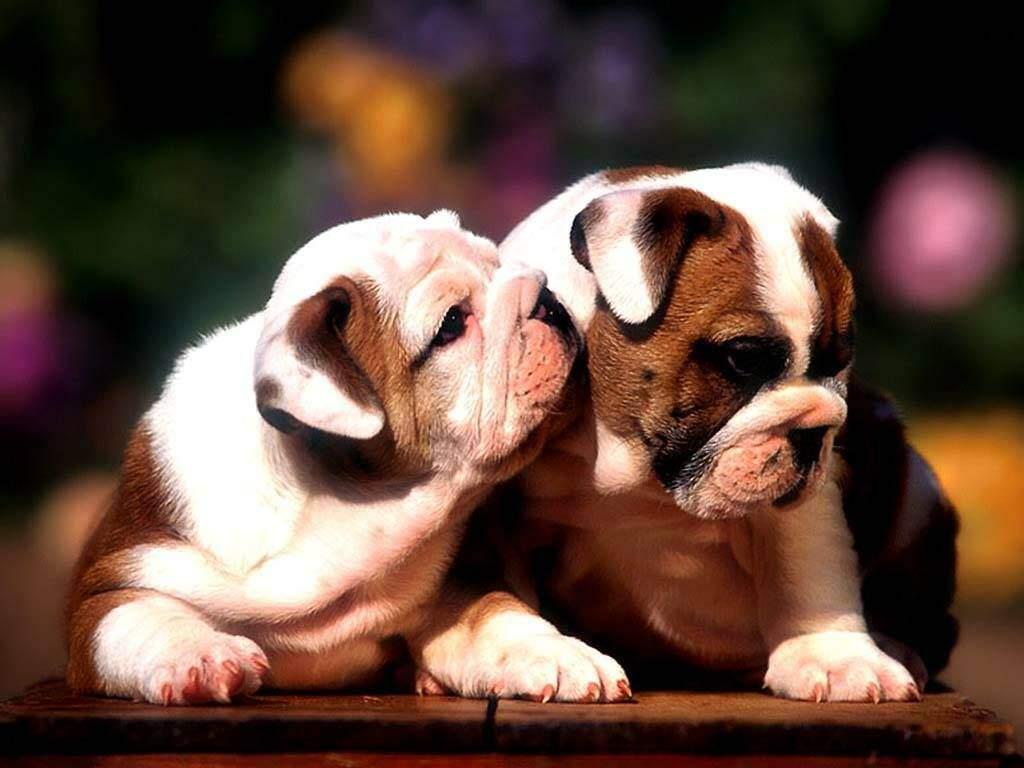 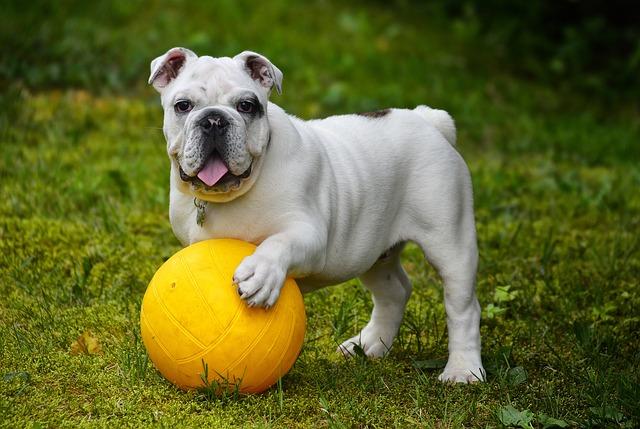 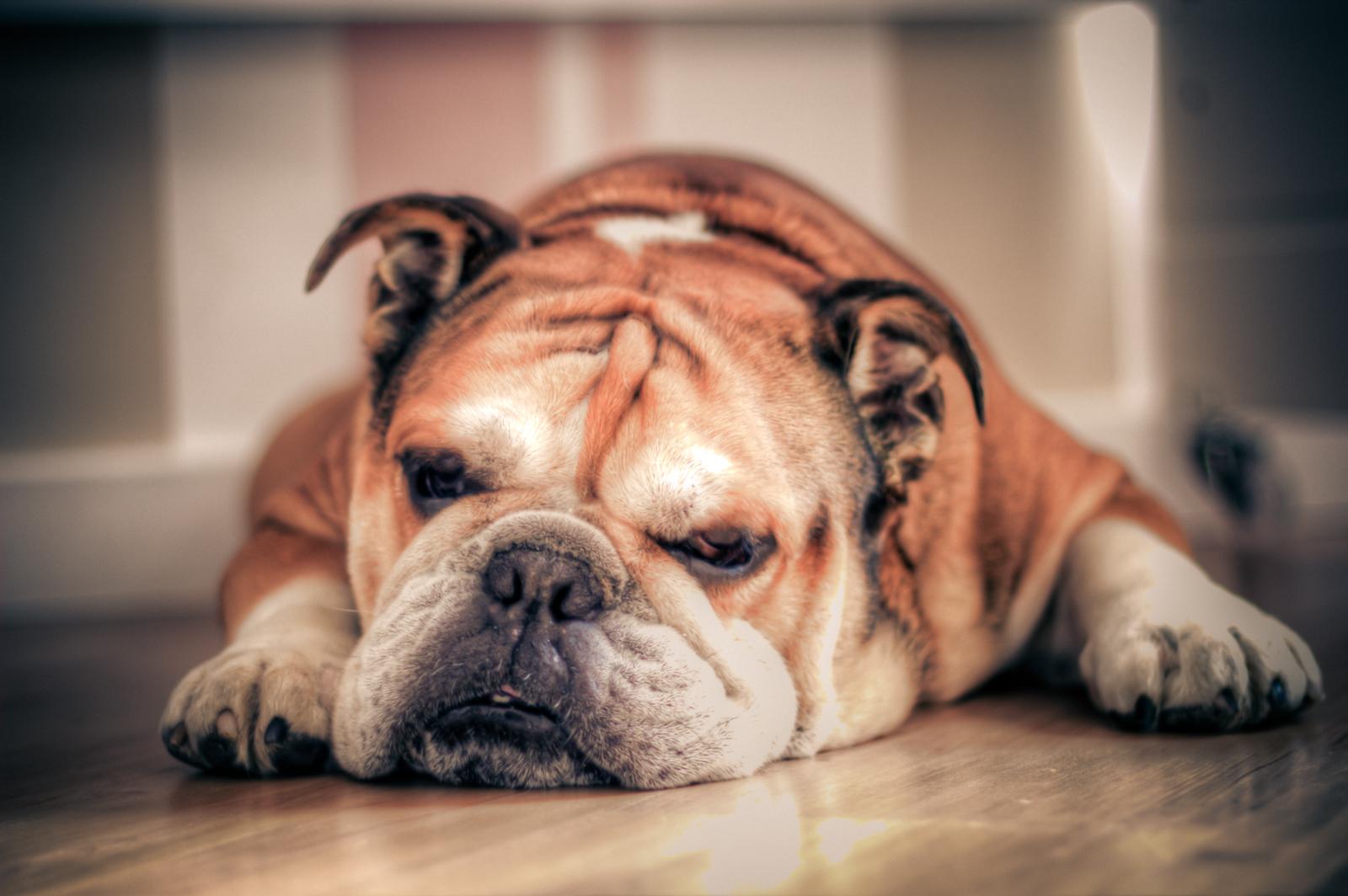 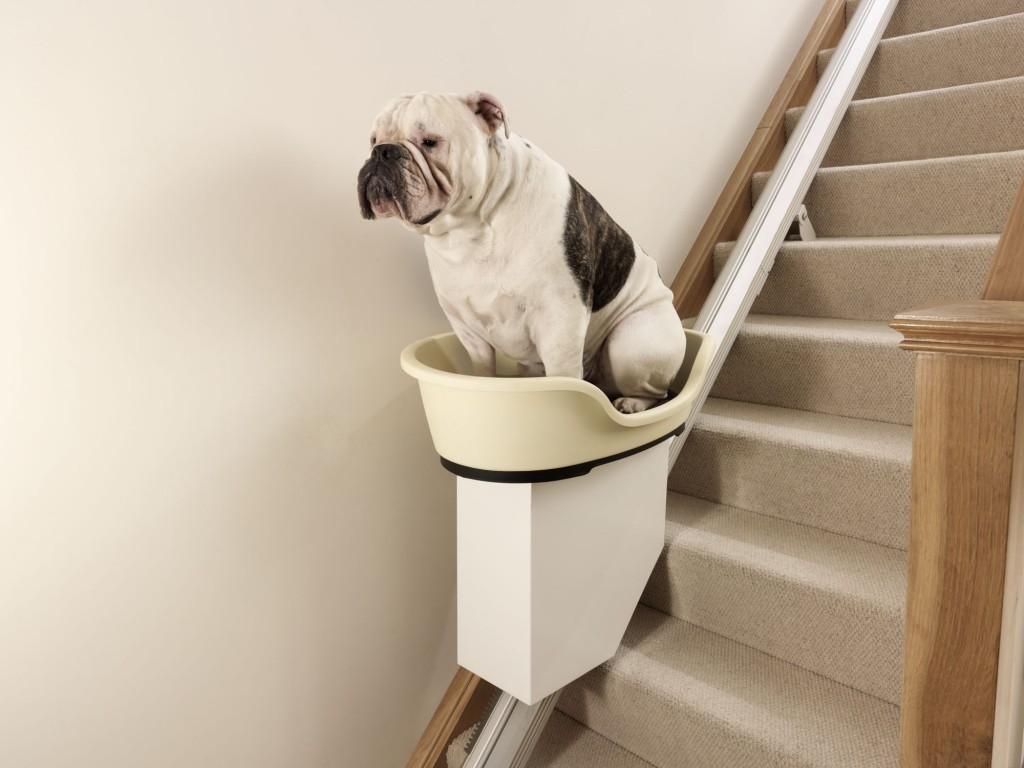 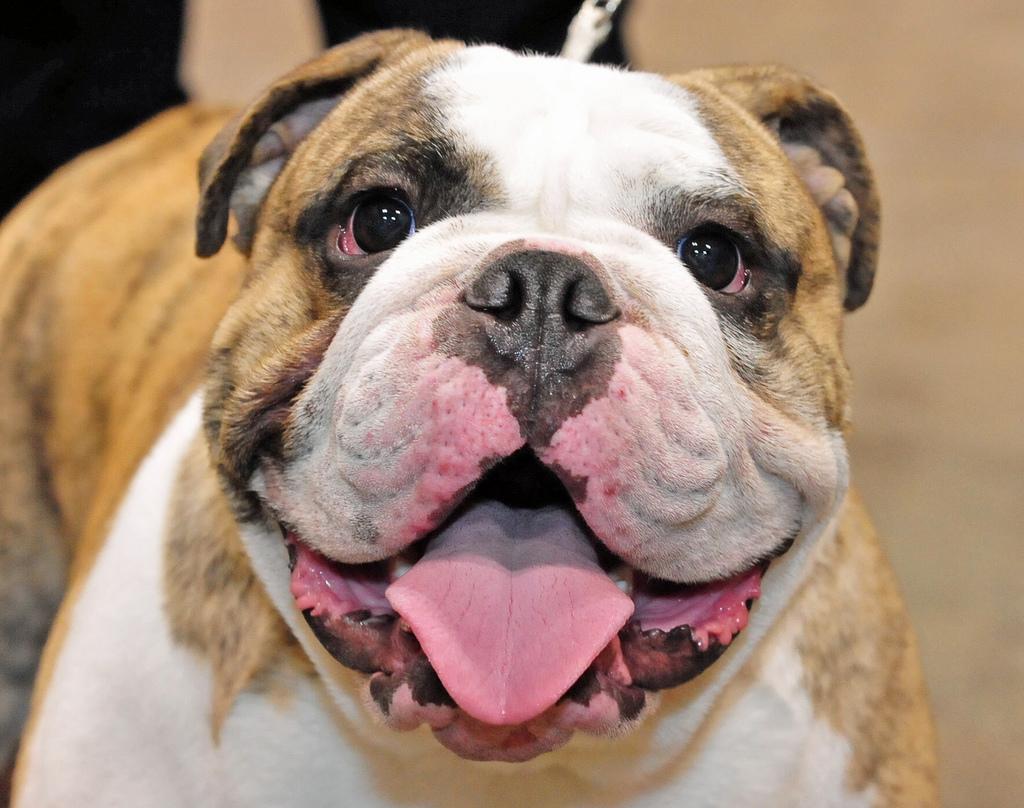