20+ Incredible Animals that Migrate and Why

You have probably heard about birds that ‘head south’ for the winter, or seen videos of hordes of wildebeest travelling across the Serengeti. In fact, many animal species make long annual journeys, for a variety of reasons and in very different regions across our planet. Although we don't always understand why they do it, or how they know when and where to go, we can still observe what animals migrate and the routes they take.

In this AnimalWised article, we discuss the amazing phenomenon of animal migration, a topic of increasing relevance, especially due to the effects of climate change on migratory cycles. Keep reading to discover over 20 incredible animals that migrate, why they do it and how they survive the difficult journey.

You may also be interested in: 20+ Animals That Change Color
Contents

What is animal migration?

Migration is the process by which animals move from one place to another, occupying each home territory for a limited time. Although it is usually used to refer to seasonal, repeated movements it can also mean one-time changes in location. There are several reasons for which animals migrate. In most cases, the movement of groups of animals helps to maintain the natural balance of ecosystems, both at the place of departure and at the destination, by redistributing resource use.

Animal migration usually lasts several days or even weeks, depending on the distance the animals must travel as well as the climatic and geographic conditions they face along the way. There are animals that migrate over land, in the air or through oceans and rivers. In addition, most animals perform migrations in large groups.

Scientists track and observe the migratory patterns of different animal species in the hope of understanding the phenomenon better. Tracking migratory animals has become easier with the use of new technologies. However, we are still only beginning to understand some of the more complex parts of the process, such as how animals know when to migrate, where to go or how they navigate their way there.

Why do animals migrate?

There are several reasons that drive a species to seasonally or periodically move between two different regions. Before we look at examples of animals that migrate, here are some of the main reasons the drive this phenomenon:

In many parts of the world, there are two seasons - summer and winter - that modify temperature conditions radically thanks to changes in the intensity and duration of sunlight. Apart form comfort levels, this affects the availability of resources. Many species of migratory animals therefore take of seasonal changes to move to the region where they have better food and weather conditions. Many migratory birds, for example, use the brief summer in higher latitudes to breed, moving closer to the equator when temperatures drop.

Some animals require different types of habitats and resources for different stages in their life cycles, and migrate accordingly. The most common example are Pacific salmon that normally live in the sea, bu have to swim long distances upstream in order to find the best conditions for spawning (reproduction). Of course, there is sometimes an overlap between this reason and the seasonal changes described above.

Another reason often drives migrations is the survival instinct or the need to evade predators. While the survival instinct also operates in the previous reasons we have discussed, and the need to evade predators is higher during breeding, this may be also the primary reason for migration in some species. For example, certain freshwater fish that migrate upstream in winter to avoid bird predators[1].

This is a factor that usually leads to one-time migrations, also called dispersal, rather than periodic movement. It can happen for normal reasons, in which a species moves from one home region to another as part of their natural life cycle. However, it can also be caused by sudden or unnatural threats, such as human-led habitat destruction, which can displace animals and force them to move in search of a new home.

There are numerous examples of migratory species across the different classes and types of animals that migrate. Here are some of the most incredible migratory animals, who annually make a long and difficult journey through air, water or across land.

Among the most common examples of mammals that migrate are wildebeest (Connochaetes taurinus).About a million of them make seasonal trips across the Serengeti plains between Tanzania and Kenya, following the rains in search of pasture. They are the most prominent mammals in a migration that includes zebras and Thompson's gazelle. Predators such as lions, hyenas and leopards closely follow the migratory herds hordes waiting for the perfect moment to attack.

Another well known mammal migration, said to be among the longest terrestrial migrations, is undertaken by caribou (Rangifer tarandus) or reindeer. They can travel up to 4000 km a year, moving to northern Arctic feeding grounds in the spring and back south for the winter[2].

The longest mammal migration, however, takes place in the sea. The gray whale (Eschrichtius robustus), an aquatic mammal, can travel up to 22,500 km every year from their feeding grounds in the Arctic sea to the coastal Mexico, where they breed[3].

Other migratory mammals include:

Bird migration is perhaps the most noticeable and spectacular of all. This is not only because of the sheer numbers that fill the skies the each year, but also because of the tremendous distances they travel, the effort and teamwork involved and their methods of air navigation.

One of the most common examples of birds that migrate are barn swallows (Hirundo rustica). Despite their small size, these birds travel up to 11,000 km in a year, flying from the northern to southern hemisphere to escape the winter cold, and returning in the spring to breed.

However, the longest migration of any bird - possibly of any animal - is carried out by the the Arctic tern (Sterna paradisaea). This bird is native to the Arctic regions, but travels across the planet to the Antarctic to feed during the southern summer. The distance covered by an individual can reach up to 80,000 km per year[4].

Among the invertebrates that migrate is the most well known example is the monarch butterfly (Danaus plexippus), a type of butterfly that travels 8,000 km during the Mexican summer to reach cooler Canadian forests. However, of all migratory insects, the one that travels the greater distance is the dragonfly, several species of which move between India and Uganda flying 17,800 km.

Insects are not the only invertebrates that migrate. Crabs, for example, also travel more than 200 km to lay their eggs in saltwater areas. Lobsters, meanwhile, migrate when food is scarce, moving in large swarms and looking for areas with abundant vegetation.

Other invertebrate species that migrate include:

Among the reptiles that migrate, the leatherback turtle (Dermochelys coriacea) is well known for being one of the most migratory animals. They are native to the Caribbean Sea, travelling between the American and African continents in search of food and making an annual trip of up to 16,000 km. Other sea turtle species, such as Loggerheads and Olive Ridleys also make yearly migrations for feeding and nesting.

Other reptiles and amphibians that make migrations include toads, frogs and salamanders, which leave their shelters every spring to lay their eggs.

The fish that travel the longest distance during the migration are salmon, covering more than 11,000 km to reach their breeding grounds. Trout are another highly migratory fish species, living most of their lives in lakes but travelling upstream to mate and reproduce. Once the young are born, they make the journey back down to the to the lakes, completing the cycle.

Tuna are another type of fish that migrate, journeying through the ocean instead of freshwater. Species of tuna migrate both in search of better sources of food as well as to mate and spawn. Pacific bluefin tuna (Thunnus orientalis) are known for making an 8,000 km journey across the Pacific from the Sea of Japan to coastal California[5], before eventually returning to the place where they were born.

Other examples of migratory fish are:

The expansion of human cities, the rapid increase in global warming and physical threats created by humans are just some of the ways in which our species has had a negative impact on animal migrations. Since the cues that prompt animal migration are often linked to climate and temperature, warming seas and changing seasons have a serious impact on migratory patterns.

Human destruction of habitats also mean that it is harder for animals to move between spaces that are no longer naturally linked, for example where human activities break up previously unbroken stretches of forest or grassland. This is to say nothing of human activities on land sea and in the air that routinely harm migrating populations, whether inadvertently or not.

The ecological impact of interrupted animal migrations could be severe, with disruptions in ecosystem balance and productivity as well as animal populations. We all need to make an effort to increase our understanding of animal migrations, and do our part to prevent the loss of this incredible phenomenon seen across so many species. 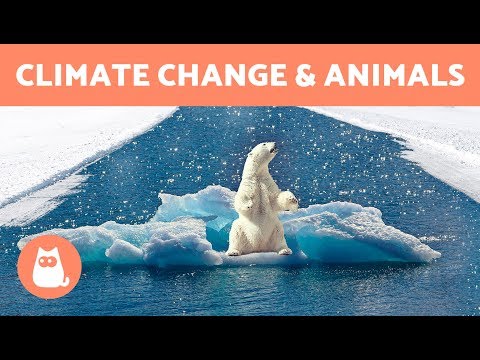 If you want to read similar articles to 20+ Incredible Animals that Migrate and Why, we recommend you visit our Facts about the animal kingdom category.

References
Bibliography
Animals that begin with N
Swallow Bird Migration - How, Why, and Where Do Swallows Migrate?
15 Animals That Pollinate
Animals That Eat Insects - List and Fun Facts
Related categories
Endangered animals
Most read
1.
What Animal am I According to my Zodiac Sign?
2.
10 Most Beautiful Animals in the World
3.
What Does It Mean When a Cat Shows Up at My Door
4.
The 10 Most Solitary Animals in the World
5.
Top 10 Smells Dogs Hate
6.
How Many Types of Lions Are There?
7.
Why do Dogs Get Stuck when Mating?
8.
My Female Dog In Heat Won’t Accept A Male - Causes
Animals That Eat Snakes
Incredible Horned Animals - Big, Long and Curly with Photos
15 Animals That Sleep A Lot
20 Amazing Octopus Facts
What Are Hybrid Animals? - List And Examples
Animals That Play Dead
Animals That Walk on Water - How Do They Do It?
Frugivorous Animals - Animals That Eat Fruit

20+ Incredible Animals that Migrate and Why 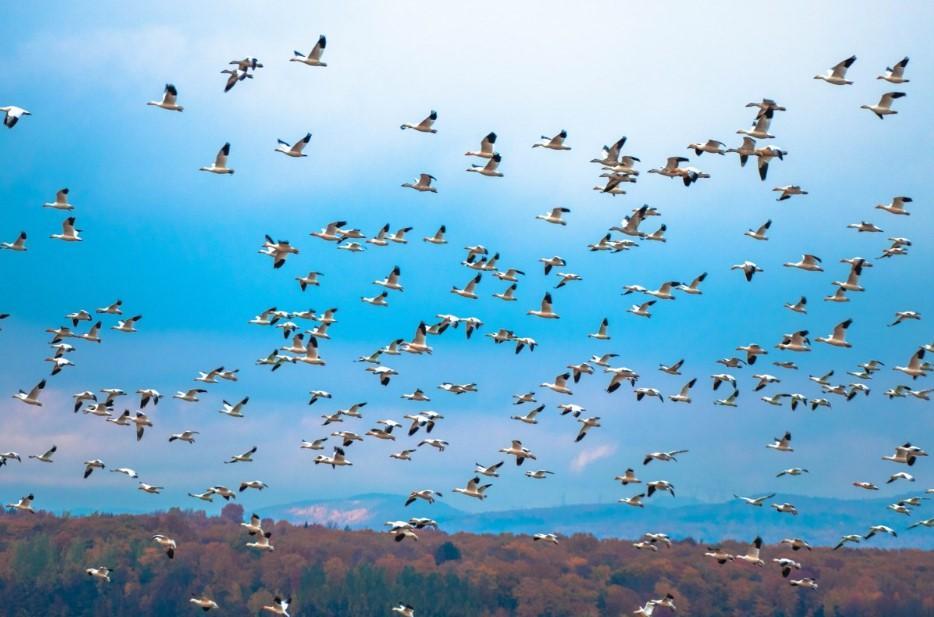 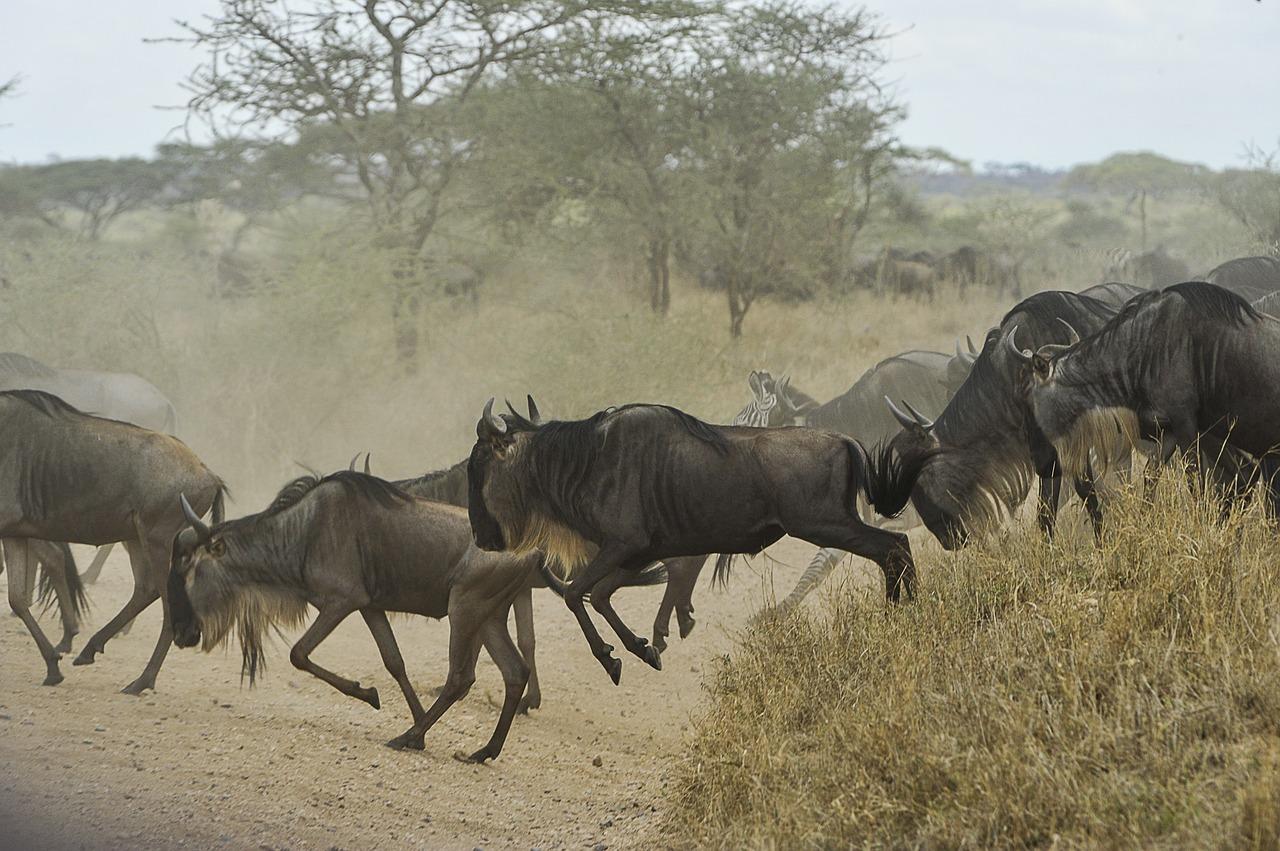 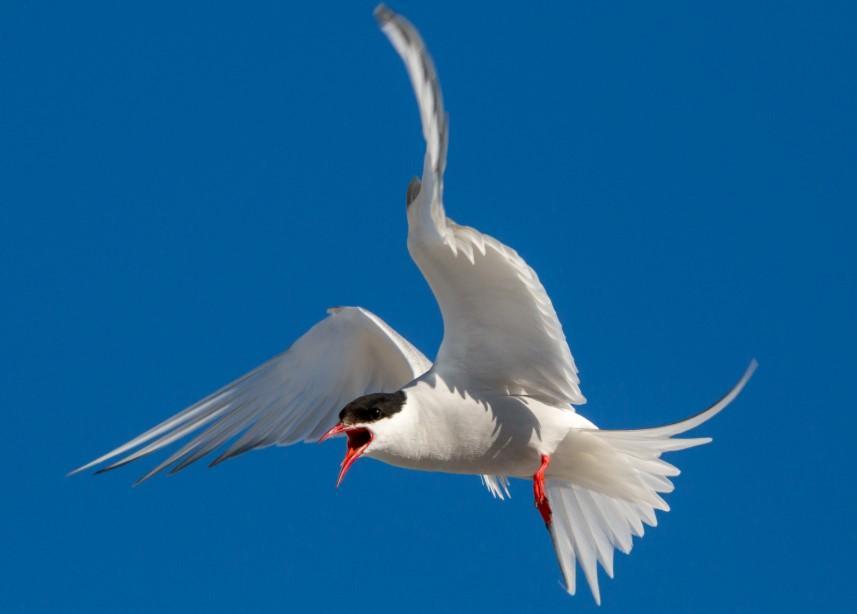 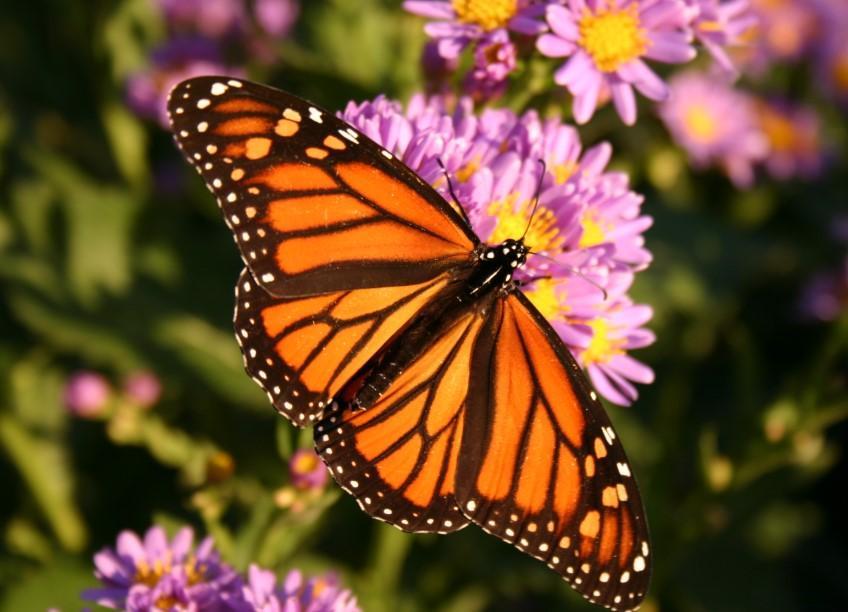 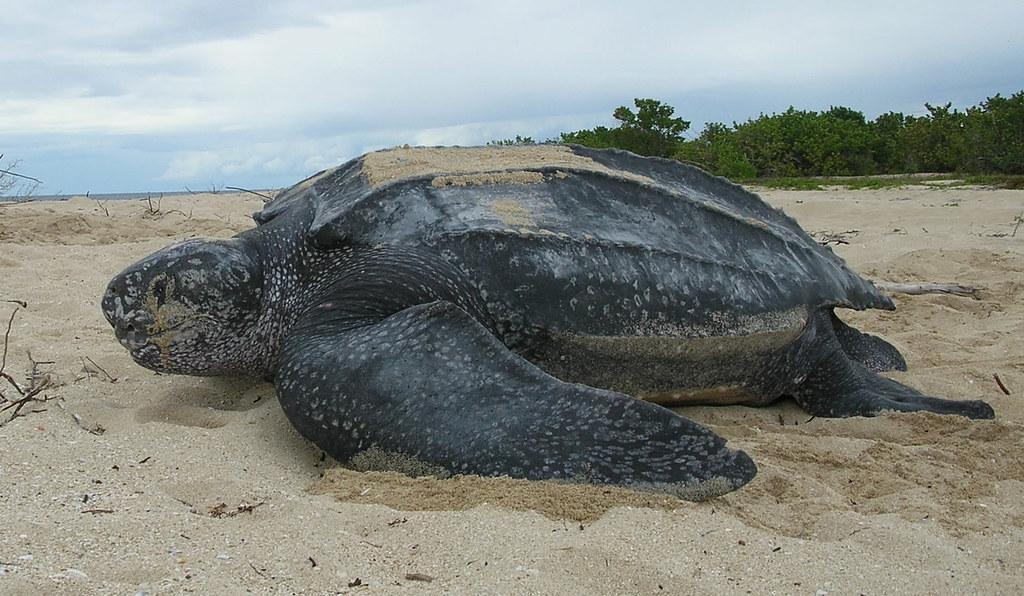 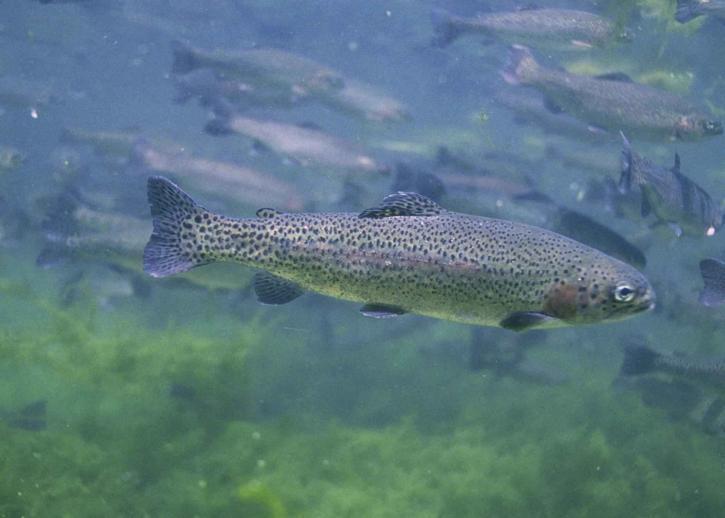