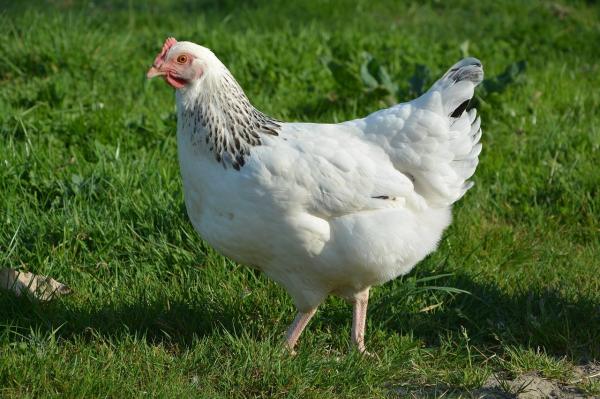 Chickens are one of the most common and widespread domestic animals. There are more chickens in the world than any other bird.Although hens are birds and have wings, they cannot fly, at least not like sparrows or pigeons, for example. Contrary to what one might expect, the ancestors of hens were decent flyers. However, over the decades, hens have been crossbred for human consumption. Due to crossbreeding, chickens are no longer able to fly because their bodies have been altered in such a way that their wings are too small for them to fly high or far.

This AnimalWised article explains everything you need to know to understand why hens can't fly.

You may also be interested in: Can Chickens Fly?
Contents

Yes, hens and chickens are birds that belong to the order Galliformes, which also includes other known species such as partridges and turkeys, all of which share common ancestors. The chicken we know today (Gallus domesticus) is a domesticated subspecies of the red junglefowl, with characteristics of wild species such as the gray and Ceylon junglefowl, which originated in Southeast Asia.

So yes, hens are technically birds, but anyone that has seen a hen fly knows that they are not very good at doing so. Hens can flap their wings and some species are able to lift off the ground for a few seconds and make explosive flights. However, their flight is different from that of other birds, and they cannot stay in the air for very long.

Are there other birds that cannot fly?

In addition to hens, penguins, and ostriches are also incapable of flying, despite also having wings and being birds. There are several similarities between all these birds that cannot fly, but the most important is that their all phylogenetic ancestors could fly. Hence, we can conclude that in all of these birds the ability to fly has been lost throughout evolution.

There is no doubt that birds do generally fly. However, from a taxonomic standpoint, flying is not an essential feature of what makes them birds. There are other factors to consider such as whether they have feathers, wings, a beak, or lungs.

The reason hens cannot fly lies primarily in their wings. The wings of chickens have a very different morphology than those of flying birds. They are more robust, therefore heavier and much smaller compared to the hens' bodies. As a result, their wings to bodies ratio is insufficient, which prevents them from lifting themselves off the ground.

In addition, chickens cannot fly because they lack a crucial part, the keel. This is a fundamental muscle for flight, since it enables wing flapping.

Finally, these birds have a denser and more abundant plumage, which also makes them too heavy to fly.

If you want to learn more about chickens and hens, do not miss our article how do chickens reproduce?

Why do chickens have small wings?

The wings of chickens are small in relation to their bodies because, as the species has evolved, wings have become less important. For example, it is more indispensable for chickens to have long legs that allow them to run and even jump, as this is more useful for their survival. In addition, these animals live on the ground for their entire lives, since they find food there and do not have to migrate, so the wings are a completely unnecessary part of their body.

There is also the fact that hens are primarily bred to provide eggs and human consumption. Therefore, humans have intervened and breed their chickens and hens to have larger flight muscles (chicken breasts) than their jungle fowl cousins. In other words, due to selective breeding, the modern chicken's body has been developed for nutritional purposes.

What to do if a hen flies away?

As we have mentioned, hens are not great at flying, but that doesn't stop them from trying. If you have hens in a coop, and you notice that one or more hens are attempting to fly away, you should consider what is motivating to abandon their safe space in the first place. Make sure you are providing the hens with enough water, food and space in the coop.

In the event that one of the hens managed to fly away, you should keep calm. First, it is unlikely that the hen will make it far, and it will probably be back before dawn. Hens know that they are vulnerable animals at night.

Clipping might seem like a solution to stop them from trying to fly away. However, clipping the wings will make the hens more vulnerable to predators, because they need might need their wings to defend themselves.

If you are interested in keeping a chicken or hen as a pet, do not miss our beginner's guide to keeping chickens as pets.

If you want to read similar articles to Why Can’t Hens Fly?, we recommend you visit our Facts about the animal kingdom category.

References
Bibliography
Why can't Cats Taste Sweet Things? The Scientific Reason
Differences Between Rooster and Hen
Why Do Roosters Crow in the Morning?
Birds That Do Not Fly - Flightless Birds
Related categories
Endangered animals
Most read
1.
What Animal am I According to my Zodiac Sign?
2.
Are There Venomous Spiders in the UK?
3.
What Does It Mean When a Cat Shows Up at My Door
4.
10 Most Beautiful Animals in the World
5.
The 10 Most Solitary Animals in the World
6.
10 Smells that Attract Cats
7.
Differences Between Deer, Elk, Moose and Reindeer
8.
Most Common Cat Eye Color and Their Meaning
Why Can Parrots Talk Like Humans?
Differences between Pheasants, Quails and Chickens
Differences Between a Swan Vs Goose Vs Duck
Why is My Dog's Nose Dry?
Why Do Flies Rub Their Legs Together
Why Do Giraffes Have Such Long Necks?
Why is My Cat Staring at Me?
Swallow Bird Migration - How, Why, and Where Do Swallows Migrate? 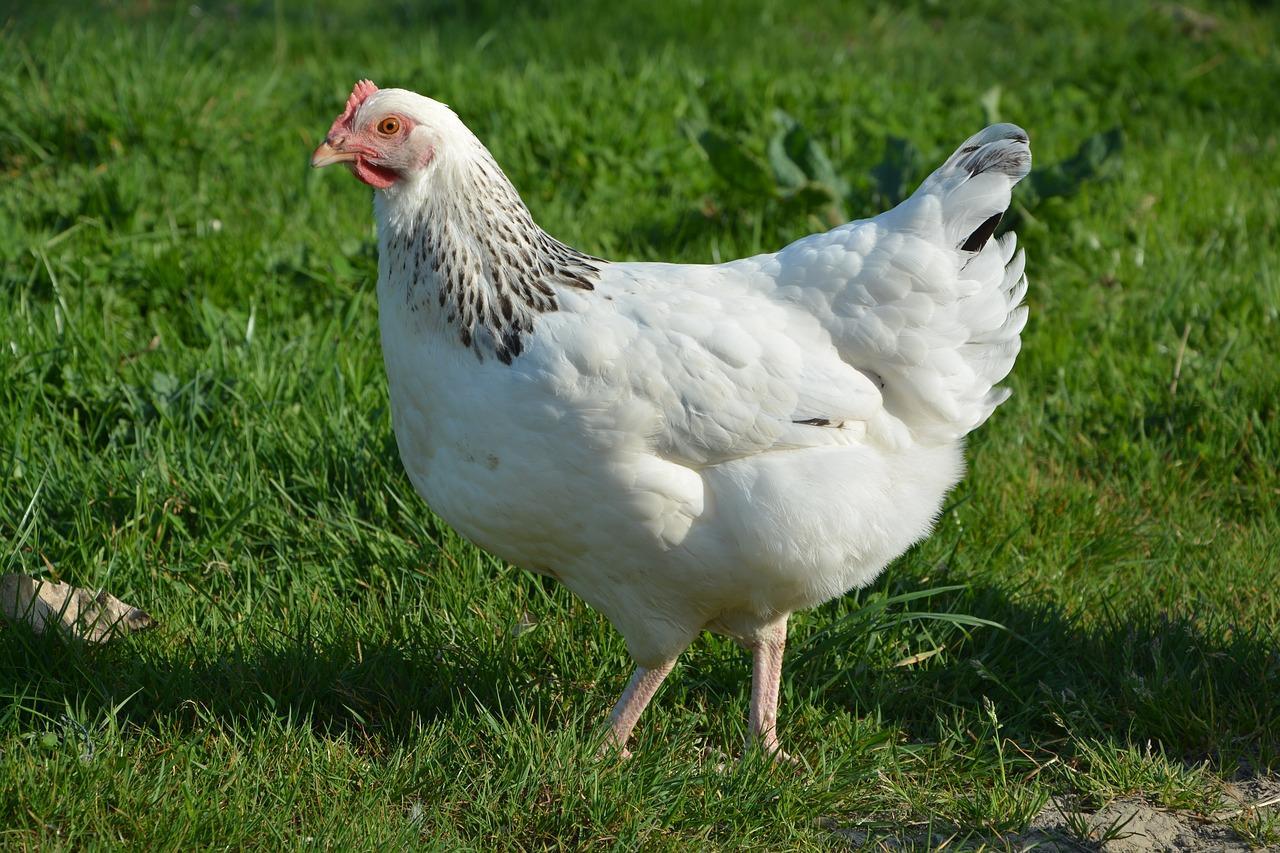 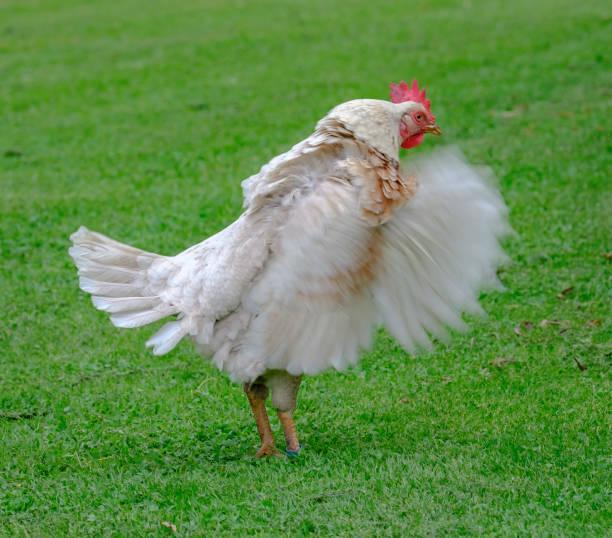 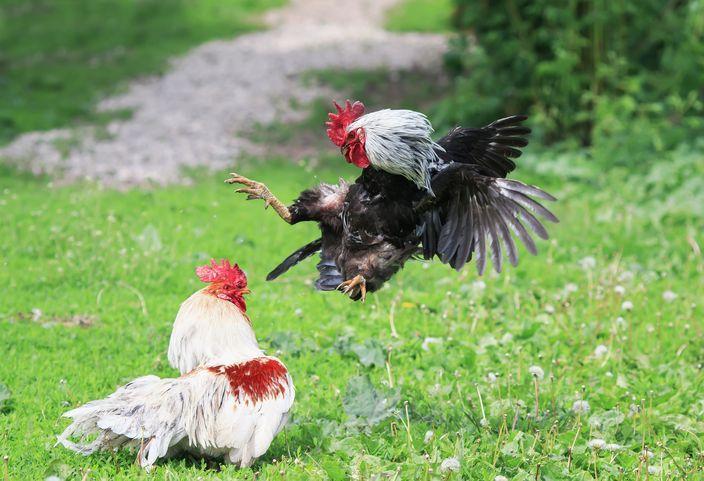