Why is Hanuman a Monkey? 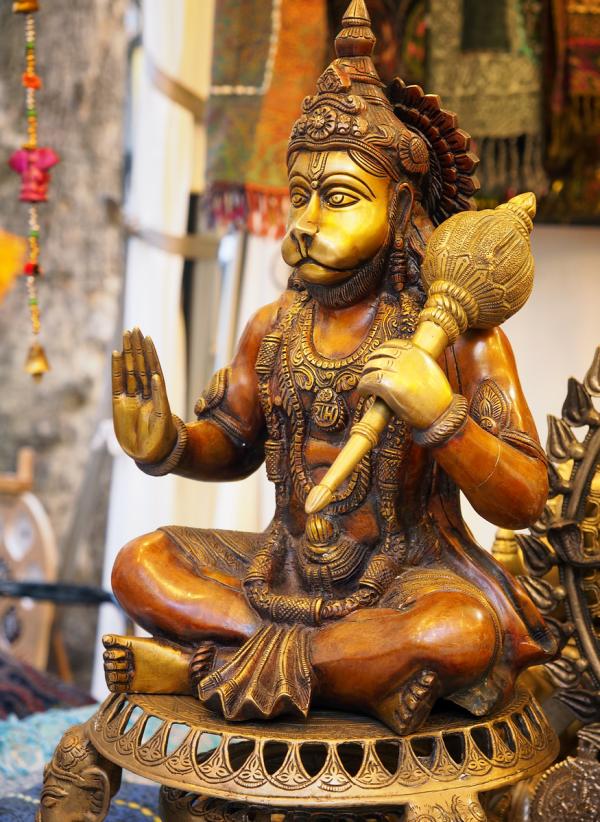 The spiritual son of Lord Vayu, the God of Air, Pawan Putra Hanuman is venerated by Hindus worldwide. Born to the couple Kesari and Anjana, he is one of the Vanaras, an ancient forest-dwelling community identified with monkeys and represented as such. The Vanaras helped Lord Rams fight the evil Ravana who had abducted Sita, his wife.

Known for his incomparable devotion to Lord Rama, Hanuman is a monkey god born of the boon given to Anjana in exchange for her penances. Do you want to know why is Hanuman a monkey? Stay with us at AnimalWised and brush up your Hindu mythology!

The story of Anjana's curse

Anjana was a beautiful apsara or heavenly nymph from the kingdom of Lord Indra, the King of Gods. One day, she was wandering on Earth when she saw a monkey sage meditating deep within the forest. Anjana could not stand the sight of the solemn monkey sage and burst into laughter. She even made fun of the monkey, and when he ignored her, she threw stones at him.

At this, the monkey sage lost his patience and opening his eyes, expressed his deep anger at Anjana with a curse. He cursed that she would take the form of a monkey and would only be relieved of this form when she gave birth to an incarnation of Lord Shiva.

Anjana met and married Kesari, a monkey king. Meanwhile, she never forgot the curse and kept on praying to Lord Shiva for fruitful results. Lord Shiva was finally impressed with the prayers and blessed her with a son who would be immortal.

Why is Hanuman a god?

Meanwhile, in a kingdom of Ayodhya far away, King Dasaratha was performing the holy Ashvamedha Yagna ritual to have children blessed with the divine sweet by Lord Agni, the god of Fire. This holy sweet was to be shared among the three wives.

Instead, Lord Vayu the Wind God carried the sweet's portion to Anjana and blessed her with his son, the incarnation of Lord Shiva. Vayu told her she would be the mother to a son known for his intelligence, courage, tremendous strength, agility and the power to fly as well.

Anjaneya: The Son of Anjana

Anjana soon gave birth to a monkey-faced child and named him Anjaneya, or son of Anjana. She was then released from her curse and returned to heaven.

Hanuman's father took care of him and he grew to be a strong God.

Why did Hanuman swallow the sun?

Once, as a boy, Lord Hanuman was hungry. He looked up and saw the sun. Thinking it was a large fruit, he moved forward with outstretched hands. He then swallowed the sun!

The demons complained to Lord Indra about him, and Hanuman was then confronted by Indra aloft his celestial elephant, Airavata. When he saw the shining god, the young monkey moved towards him. Indra released his thunderbolt and Hanuman fell to the earth, unconscious.

Seeing this, Lord Vayu was angered as Hanuman was his spiritual son. He created a disturbance in the universe till Lord Brahma, the creator of the Universe, restored Hanuman to consciousness once again. Lord Brahma then foretold Hanuman the Vanara would be one of the greatest deities, and Indra granted him immunity from the thunderbolt.

The Sun God who had been swallowed by Hanuman was released and promised the young monkey god a hundredth part of his brilliance to learn all aspects of knowledge and scriptural understanding. Kuvera blessed him with might in war, while Shiva and Vishwakarman said he would be immune to their celestial weapons.

Why was Hanuman cursed?

Vayu's son was mischievous. He would break sacrificial ladles of sages and tear apart their garments. He would also tease the ascetics. The rishis found a way to get back at the mischievous young monkey god. The leader of the sages cursed him thus: “One who makes trouble for us shall forget his own power, till someone recites his glories to him.”

Hanuman became an ordinary Vanara. He learned the scriptures in 60 hours straight, and Lord Surya was highly impressed; his teacher's reward was to work as a minister for Sugriva, the leader of another clan, with whom he became good friends. When he was eventually exiled by Vali, king of the monkeys, Hanuman and Sugriva left together.

The story of Hanuman and Rama: The Ramayana

While Hanuman and Sugriva were together in exile, they met Lord Rama, an avatar of Lord Vishnu. Rama was looking for his wife, Sita, who had been taken by the demon king Ravana. The three heroes became friends and went to search for Sita together.

Hanuman set Lanka ablaze when he was seeking Sita. He freed Lord Shani, who had been imprisoned in the Lankan palace. In exchange, Lord Hanuman was granted a boon and asked for enduring protection for his devotees.

The demon king Ravana sent his brother Ahirvana to capture Lord Rama and hold him in captivity till someone lit five lamps in five different directions. So great was his devotion to Lord Rama, that Hanuman adopted the five-headed or Panchamukhi form. His other faces were named Varaha, Hayagriva, Narasimha, and Garuda. This way, the five-headed Hanuman could see in all five directions- north, south, east, west and sky!

When the war was over and Sita was found, Lord Rama also took a promise from Hanuman that the monkey god would remain on Earth till the name of his beloved Lord was recited on earth. To this day, Hindus chant “Ram Ram” as a form of holy remembrance and greeting, venerating the mighty Lord Hanuman.

This story can be found in the fifth book of the Ramayana, an ancient Hindu epic.

Hanuman or Anjaneya has many other names such as Pawanputra or Maruti. The word "Hanuman" is derived from hanu meaning jaw and man meaning altered. When Hanuman was attacked by Lord Indra with his thunderbolt for swallowing the sun he was harmed in the jaw, causing this alteration.

As you can see, the answer to why is Hanuman a monkey brings us to many more fascinating stories. If you want to learn more about animals in Hinduism, take a look at the following articles:

If you want to read similar articles to Why is Hanuman a Monkey?, we recommend you visit our Facts about the animal kingdom category.

10 Native Monkeys of India - With Pictures
Sacred Animals in Hinduism
Types of Spider Monkeys
Types of Monkeys in the World
Related categories
Endangered animals
Most read
1.
What Animal am I According to my Zodiac Sign?
2.
Are There Venomous Spiders in the UK?
3.
What Does It Mean When a Cat Shows Up at My Door
4.
The 10 Most Solitary Animals in the World
5.
10 Most Beautiful Animals in the World
6.
10 Smells that Attract Cats
7.
My Female Dog In Heat Won’t Accept A Male - Causes
8.
Most Common Cat Eye Color and Their Meaning
Why are Sloths So Slow?
Why Do Dogs Have Whiskers?
Why is My Dog Howling?
What Is an Endemic Species?
Why Is My Rabbit Doing a Binky?
Why is My White Cat Deaf?
Why Is My Dog Whining - Causes
Why is My Dog's Nose Dry?

Why is Hanuman a Monkey? 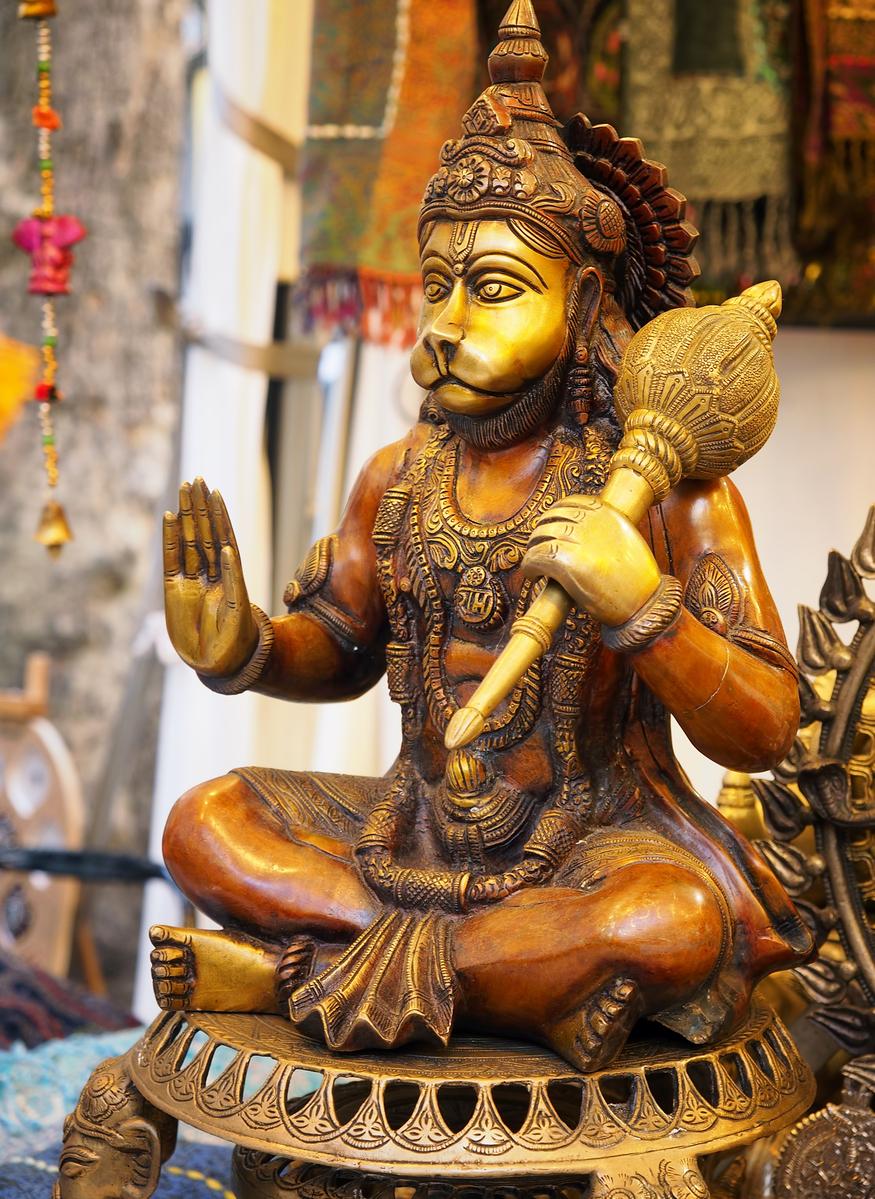 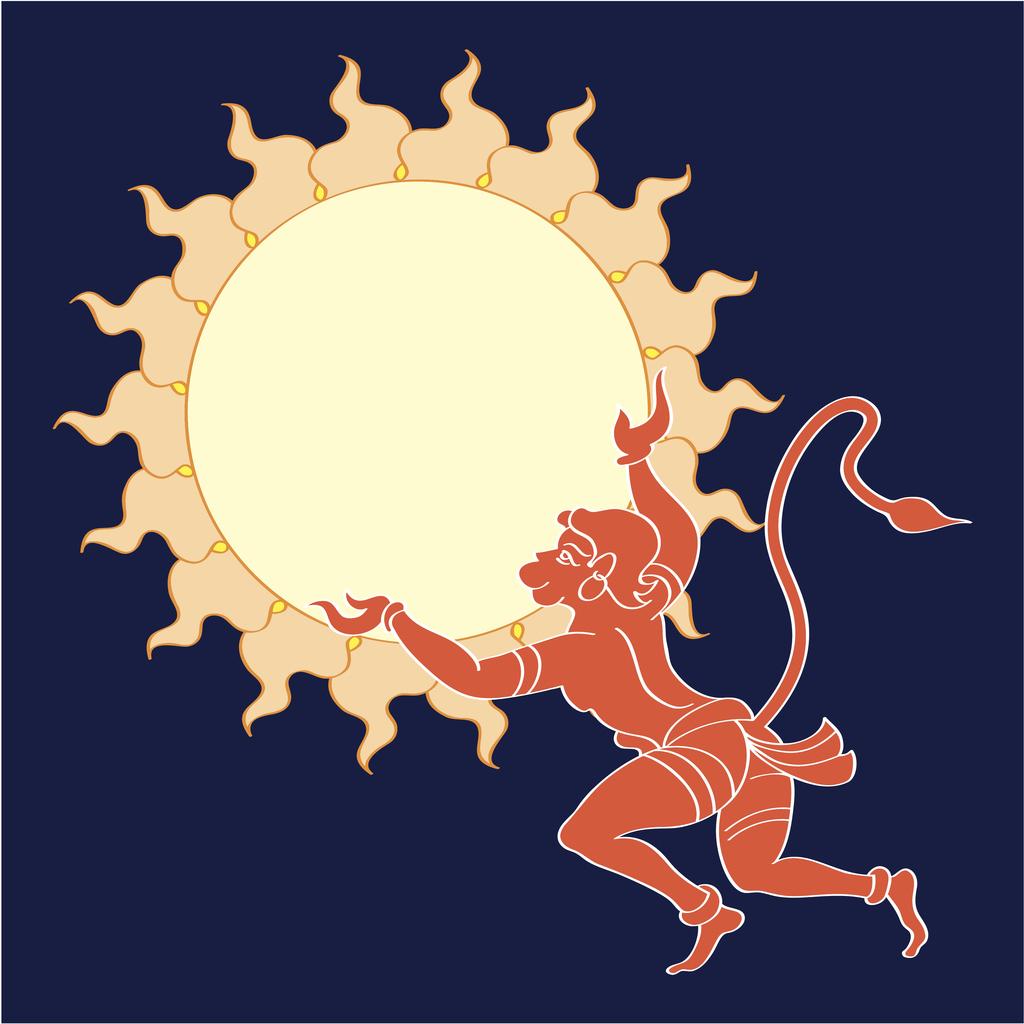 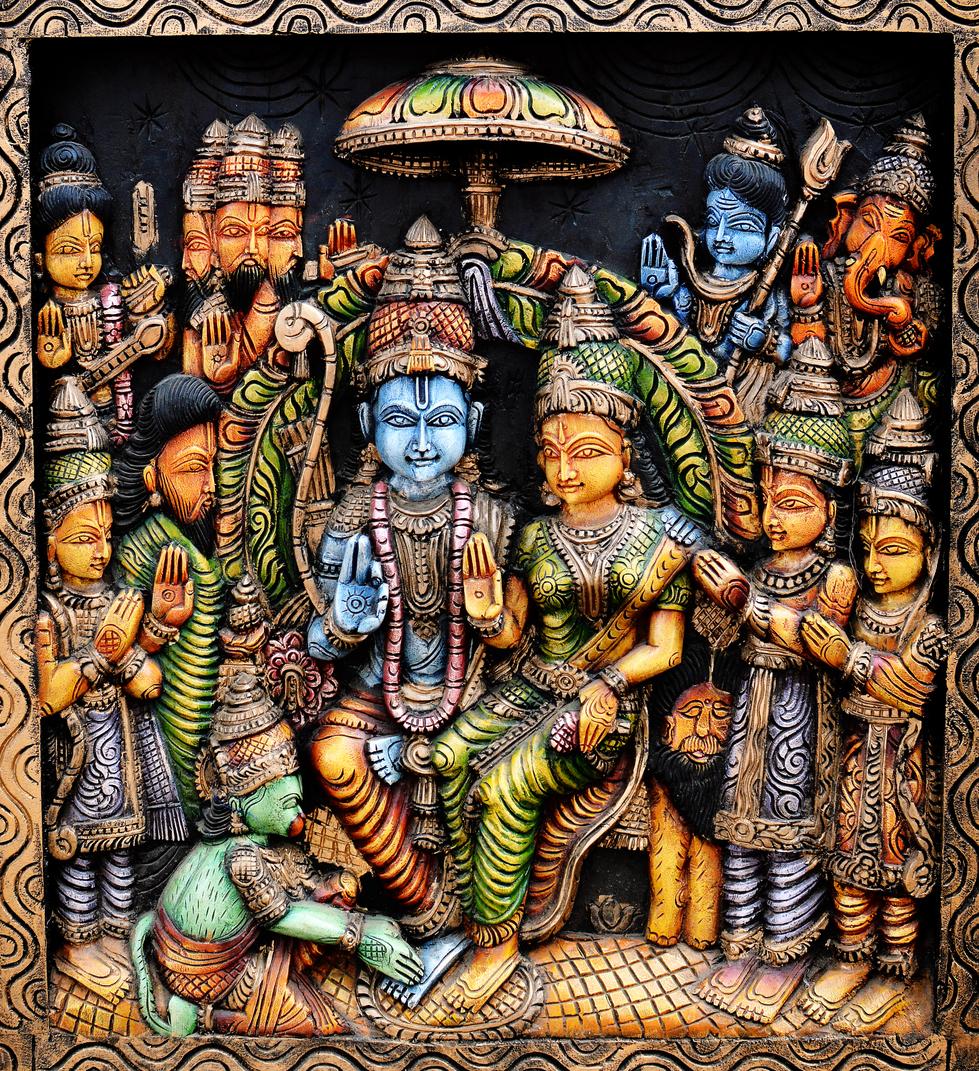 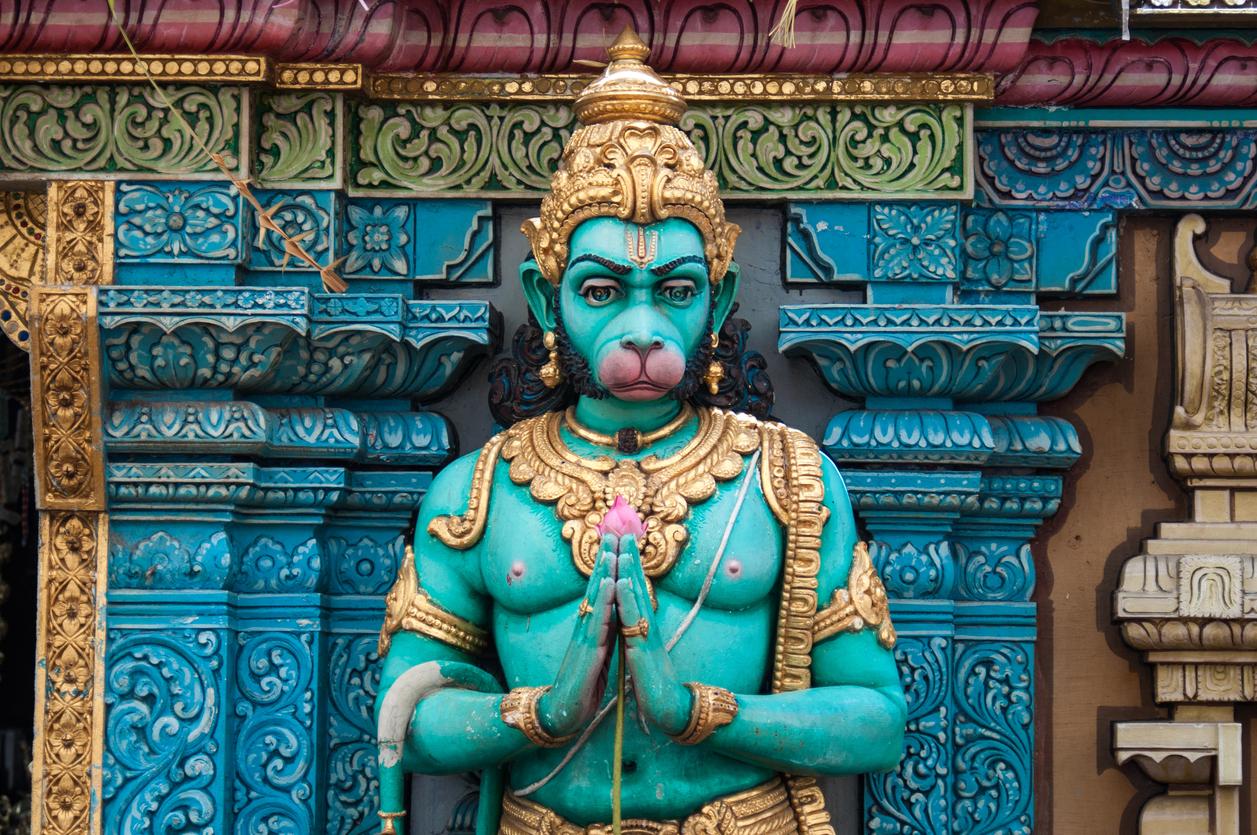