Why Is My Dog Throwing Up Green Bile?

Anyone entrusted with the care of a dog knows that vomiting is an occupational hazard. It can happen seemingly without warning, but this doesn't mean there isn't a reason behind it. Often this reason is relatively benign. It is a reflex action which can be prompted by a full stomach or rich food. There are also some causes for concern, such as when there is an odd color in their vomit which doesn't match what they have eaten. Consistency is also important. If the vomit is mainly liquid or has the appearance of foam, we might expect the presence of bile.

You may also be interested in: Why is My Dog Throwing Up Yellow?
Contents

The digestive system of dogs

To understand why your dog is throwing up green bile, we need to get a better understanding of the canine digestive system. Food is eaten through the mouth, digested in the gastrointestinal tract and excreted mainly through the anus and urethra. After travelling through the esophagus, the food enters the stomach where gastric acids helps to break it down. This process of breaking down food is complex.

Bile is produced in the liver and its purpose is to help break down molecules from food in the small intestine. The bile produced in the liver is then stored in the gallbladder (bile was sometimes known as ‘gall’). When the food leaves the stomach, it first enters the duodenum which is the beginning of the small intestine. Bile is then sent from the gallbladder into the duodenum to continue with the digestive process. A little bile entering the stomach is relatively normal and often will not provide symptoms. However, if we see our dog vomiting up bile we know that the bile reflux has been engaged.

The bile reflux, also known as duodenogastric reflux, pushes bile from the duodenum into the stomach and then up through the esophagus. This is what leads to the dog throwing up. It is often confused with gastroesophageal reflux disease (GERD). This is when stomach acids cause the reflux, but often the two are confused as it is difficult to tell them apart.

Mucosa on the stomach lining cause the actual action of the reflux. When this irritation occurs, the reflux causes the contents of the stomach to be emptied through the mouth. If there is food in the stomach, it will be mixed with the bile. If the reflux occurs on an empty stomach, the vomit is usually a mixture of bile and gastric juices. The colors of the two substances are often similar.

Some people may see their dog throwing up yellow, others might see the color as green. The issue is that bile is not just one color, but a range of colors from dark green, lighter green, yellow or even brown. However, while vomiting bile is one reason a dog might vomit green colored substances, it is not the only one.

Learn more about digestive problems in dogs with our article on why a dog is bleeding from the anus.

Bile reflux is something which can happen to any dog. It is often a one-off case where the excess bile irritates the stomach lining, is expunged and then the dog can return to normal health. If the reflux occurs often, it might be due to a chronic condition known as bilious vomiting syndrome.

Unfortunately, little is known of the actual cause of bilious vomiting syndrome. A 2016 report showed that a dog with BVS tended to be a “young, mixed-breed, castrated male dog with a chronic history of vomiting bile”[1]. The symptoms are that the dog will often throw up green bile, yellow liquid or some other related substance.

If your dog has recurring bouts of vomiting, whether green bile, yellow bile or otherwise, you will need to take them to the vet to achieve a diagnosis. They may diagnose BVS and prescribe a course of treatment. However, they may be likely to suggest some lifestyle changes first, especially those which focus on diet and exercise.

To ensure you avoid overfeeding, check out our article on how much you should feed your dog.

The first thing we need to do if we see our dog throwing up green bile is to ensure it is indeed bile. We can do this by looking at the consistency of the vomit and to see if there is anything in it. If we see that the consistency is a thick liquid and is a uniform green or yellow, it is most likely to be bile.

Not all dog green vomit will be bile. If you see the dog throws up foam with green fragments in it, then it is possible they have eaten something green. One of the most common green items a dog eats is grass.

Our understanding of why dogs eat grass is also somewhat limited. Some believe it is eaten as a means to induce vomiting. However, the journal Recent Advances in Animal Nutrition in Australia suggests this may not necessarily be the case. Their conclusion was that “grass eating is [likely] influenced by satiety and time of day”[2]. This was because dogs would often eat before they ingested food, further suggesting dogs may see grass as a food source.

Whether a dog eats grass to throw up or from hunger, you will see there are pieces of plant matter in the expunged material. It is also possible you will see a combination of bile and foam. This means that both were contained in the stomach, but had not mixed together.

While it is possible a dog will vomit green liquid because they have an empty stomach and the duodenal fluid has agitated the mucosa, it is not the only reason. If a dog has an illness, this could lead to throwing up certain fluids. They are likely to be gastrointestinal illnesses which can include:

Diseases like gastritis in dogs can occur for many reasons. If the animal has eaten too much rich food, this can lead to inflammation and vomiting. If the dog continues to vomit after they have emptied their stomach, bile will be more likely to enter the stomach. It is also possible to see bile mixed with food.

Parasitic infections cause the body to go into shock and it tries to fight off the disease. Vomiting is a symptom and if the dog has not eaten, they will vomit bile. More chronic illnesses such as cancer, liver failure, kidney failure in dogs and diabetes cause the organs to malfunction. This leads to valves not working properly and bile going into the stomach when it shouldn't. These will likely have concurrent symptoms, so you should observe your dog and take them to the veterinarian for assessment.

Pancreatitis is particularly associated with dogs vomiting green or yellow bile. This is because pancreatitis is caused by enzymes malfunctioning in this organ. Instead of being triggered in the small intestine where they should be, they are activated in the pancreas itself. The organ starts to fail and one side effect is bile not being processed into the intestine properly. This is a serious condition and requires treatment. It can even lead to surgery if it is “complicated by pancreatic abscesses, large psuedocysts, or complete bile duct obstruction”[3].

One of the reasons some claim dogs eat grass is to expunge something they have eaten which they shouldn't have. There is a wide range of substances which are toxic to dogs, some of which include foods which are otherwise healthy for humans. Cleaning products and chemicals found within the home can also be poisonous to dogs.

If a dog eats something toxic, the body will likely try to get rid of it through vomiting. As the toxic substance has insinuated its ways into the body of the dog, they may keep trying to vomit even once their stomach contents have gone. This is one reason why you may see the dog throwing up bile. If this happens to your dog, you will need to take them to the vet as they may require emergency care.

What to do if a dog vomits green bile

In general, if our dog vomits green bile or anything else, we should obverse them to see any other symptoms. Often the dog will vomit and then return to their normal disposition. You shouldn't necessarily try to intervene if they are vomiting, but you should provide them some reassurance if they look uncomfortable. We can offer them some water, but do not let them drink too much too quickly.

If your dog has vomited bile, their stomach will be sensitive. This means that what they eat afterwards needs to minimize any further agitation. Bland food like chicken and rice with vegetables is a good option. You can see a video recipe for this dish below.

In the case of puppies and older dogs, you should contact a veterinarian. It is possible the dog will have become dehydrated or the vomiting is a sign of some underlying condition. If this is the case, younger and older dogs are more vulnerable and they may need medical assistance. Of course, if you see there is blood in your dog's vomit, then this is a sign something is wrong and veterinary assistance is essential. 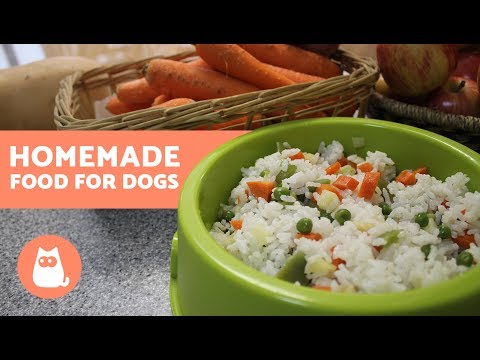 If you want to read similar articles to Why Is My Dog Throwing Up Green Bile?, we recommend you visit our Intestinal problems category.

My Puppy Keeps Vomiting
Why Does My Cat Vomit After Eating?
My Dog Has Acid Reflux - Symptoms and Treatment
My Dog's Skin Is Turning Yellow - Jaundice in Dogs
Related categories
Mental problemsVaccinationPregnancy problemsHome RemediesInfectious diseasesDegenerative diseases
Most read
1.
What to Do if My Dog has Something Stuck in his Throat?
2.
My Dog Is Bleeding from His Penis
3.
My Dog Keeps Licking Her Private Area - All Possible Reasons
4.
My Dog Has Pus Coming From His Penis
5.
Why Does My Cat Push Out His Penis and Lick It?
6.
My Cat Has Liquid Coming From Their Anus
7.
My Dog's Poop Starts Solid Then Goes Soft
8.
My Dog Keeps Making a Gulping Sound
What Does White Dog Poop Mean?
Types of Diarrhea in Dogs - Puppies, Adults and Seniors
My Dog Has Diarrhea But Acts Fine - What Do I Do?
My Rabbit is Eating Their Own Poop
My Dog Poops a Lot More Than Usual
Dog Burping and Coughing - Is it Normal?
My Dog's Poop Smells Really Bad
Gastritis in Dogs

1 comment
Marjorie
18/07/2019
After your 2 year old Maltese has had a bout with Gastritis and thrown up green bile,should you feed them again or fast them till the inflammation
subsides. Thanks Marge

Administrador AnimalWised
22/07/2019
Hi Marjorie
If your Maltese is still throwing up, we recommend consulting your veterinarian, especially because it is still young.
Why Is My Dog Throwing Up Green Bile? 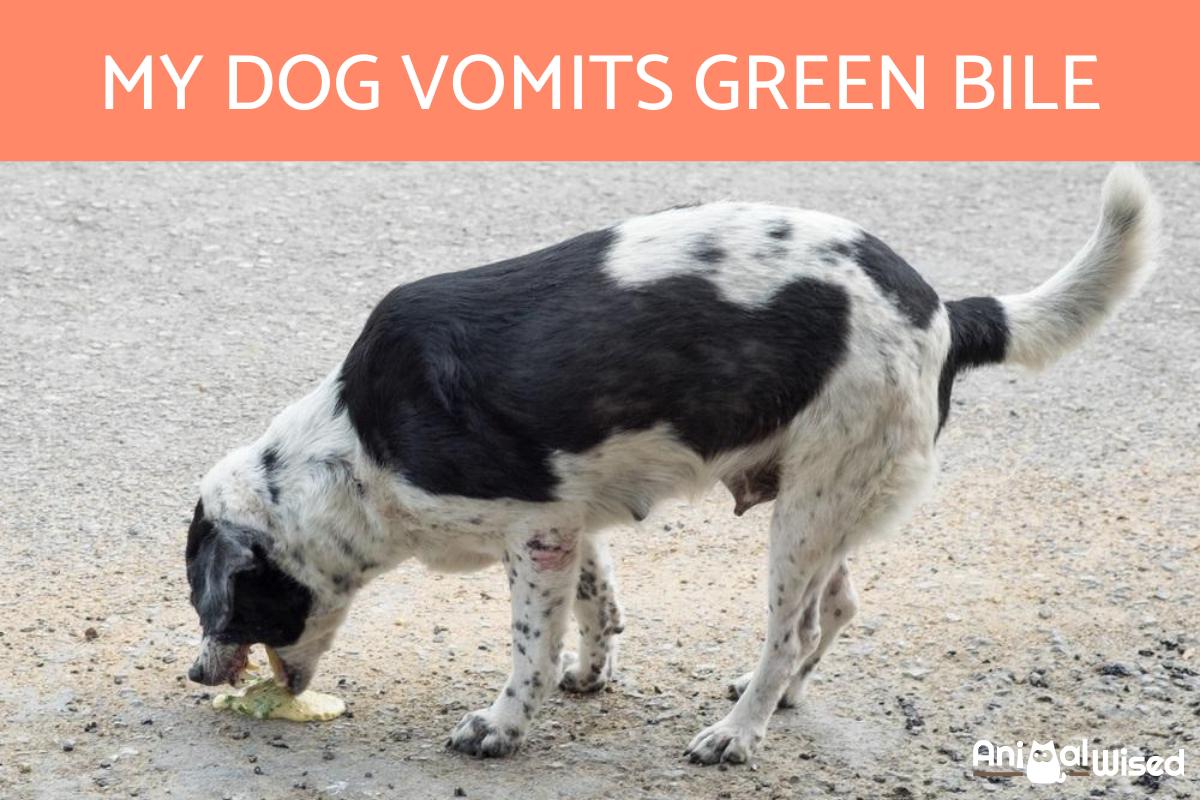 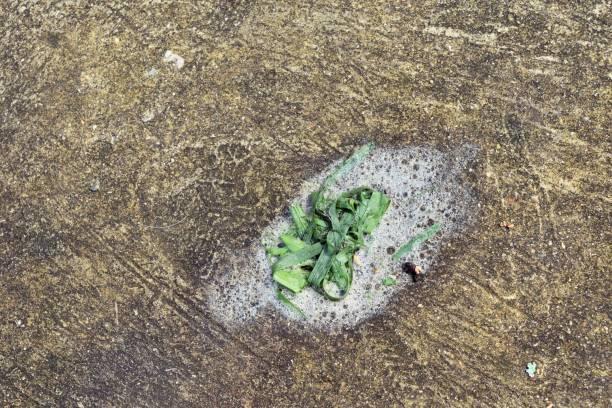 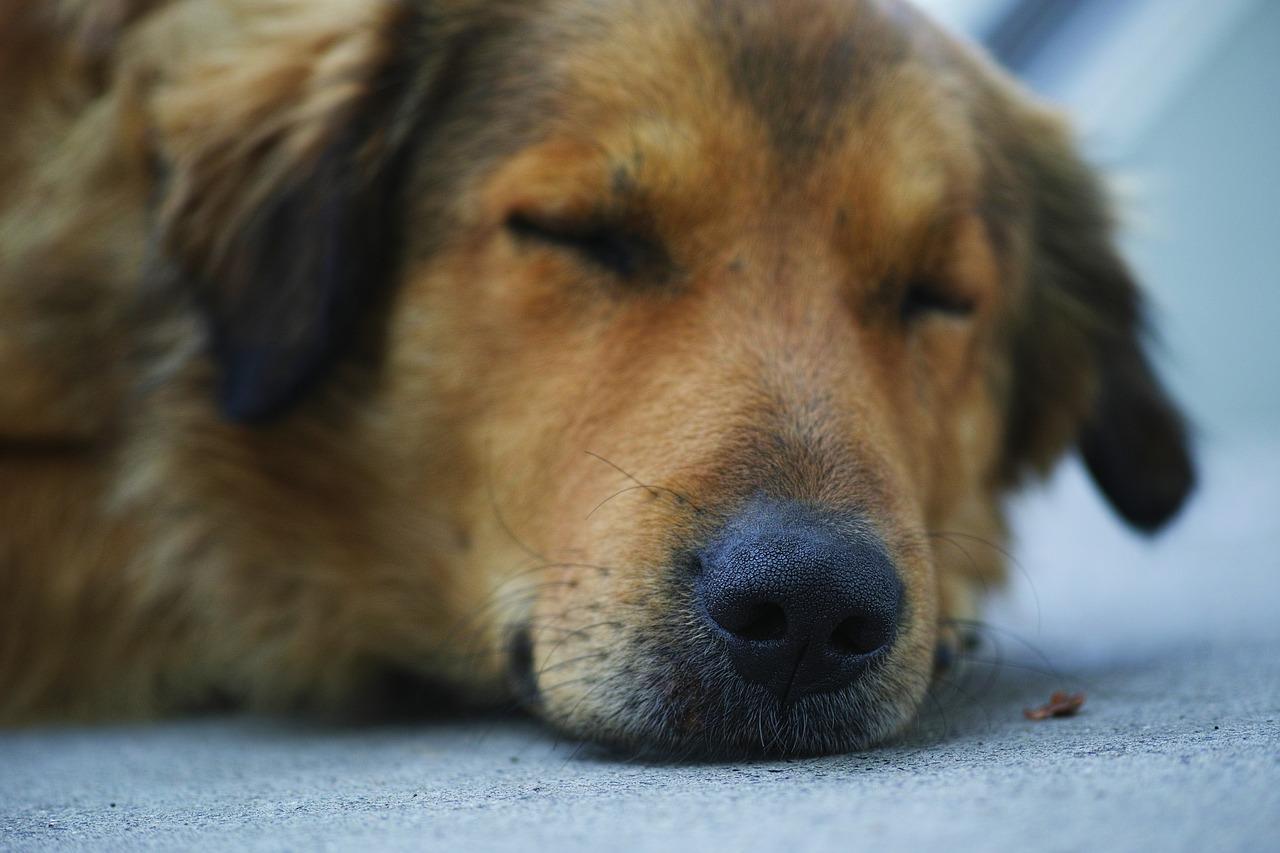 1 of 3
Why Is My Dog Throwing Up Green Bile?
Back to top