Are Lemurs in Danger of Extinction?

By Nick A. Romero, Biologist and environmental educator. December 28, 2021

The lemur is a primate are wet-nosed primates of the superfamily Lemuroidea that is only found in Madagascar. Their classification has been controversial, resulting in the identification of a wide variety of species and whose number has changed as research progresses.There are currently 33 species of lemurs that are classified as endangered, while 103 of the 107 remaining species are threatened with extinction.

In this AnimalWised article, we explore the question of whether lemurs are endangered, both as a way of reporting on their conservation status and to help raise awareness of the need to protect the planet.

You may also be interested in: Are Blue Macaws in Danger of Extinction?
Contents

Are lemurs in danger of extinction?

To answer this question, we can say that yes, there are species of lemurs that are in danger of extinction. Let us now list some of these species that are classified as critically endangered, endangered or vulnerable by the International Union for Conservation of Nature (IUCN).

Lemurs in a vulnerable state:

Why is the lemur in danger of extinction?

In summary, there are many species of lemurs that are endangered, but they are all interconnected by the fact that humans are responsible for their plight. Next, we will explain the various causes of the lemur's current vulnerable state:

Lemur populations are threatened by the massive cutting of trees for charcoal production. It should be noted that lemurs are generally arboreal, so removing the vegetation cover in which they live irreversibly harms them.

In addition, there are other reasons behind the deterioration of the Madagascar's forests:

In both cases, the result is the same - the loss of vegetation and thus a drastic change in the habitat of the lemurs.

Other threats to lemurs that have led to them becoming endangered have to do with hunting, as some species are consumed as food while others are sold as pets.

Some species have been severely decimated, either by lack of food, natural disasters, etc. An example of this is the grey-headed lemur (Eulemur cinereiceps), whose population plummeted in 1997 due to a cyclone that exacerbated the anthropogenic influences mentioned above.

Several species of lemurs are affected by climate change, such as the Greater Bamboo Lemur (Prolemur simus). Lemurs of this species are not only affected by climatic variations, but also by the availability of food. Climate change prolongs droughts, which harms the bamboo (Cathariostachys madagascariensis), which is their main food source.

If you want to know more about the habitat of the lemurs, don't miss this article on where do lemurs live?

Lemurs, which are threatened with extinction, are the subject of some conservation plans. In general, these plans depend on the particular situation of each species, although the problems facing lemurs are common in all species. Let us take a look at the current plans:

What can be done to prevent the lemur from becoming extinct?

Although the above measures have been taken, the list of endangered lemur species is still long, which shows that more needs to be done. In a situation as complex as this, government action is essential to halt the progression of these animals' endangerment. In addition, massive education programs are essential, as engaging the communities that inhabit these areas will undoubtedly produce supporters who are actively engaged in the conservation of the lemur species.

If you are interested in reading abut other animals that are currently facing the dangers of extinction, keep reading this article on the 10 animals in danger of extinction.

If you want to read similar articles to Are Lemurs in Danger of Extinction?, we recommend you visit our Endangered animals category.

Are Lemurs in Danger of Extinction? 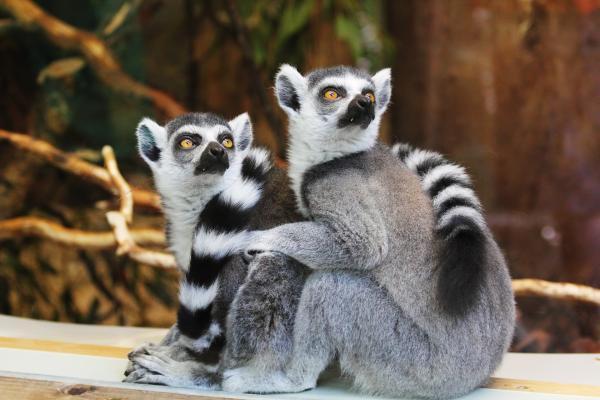 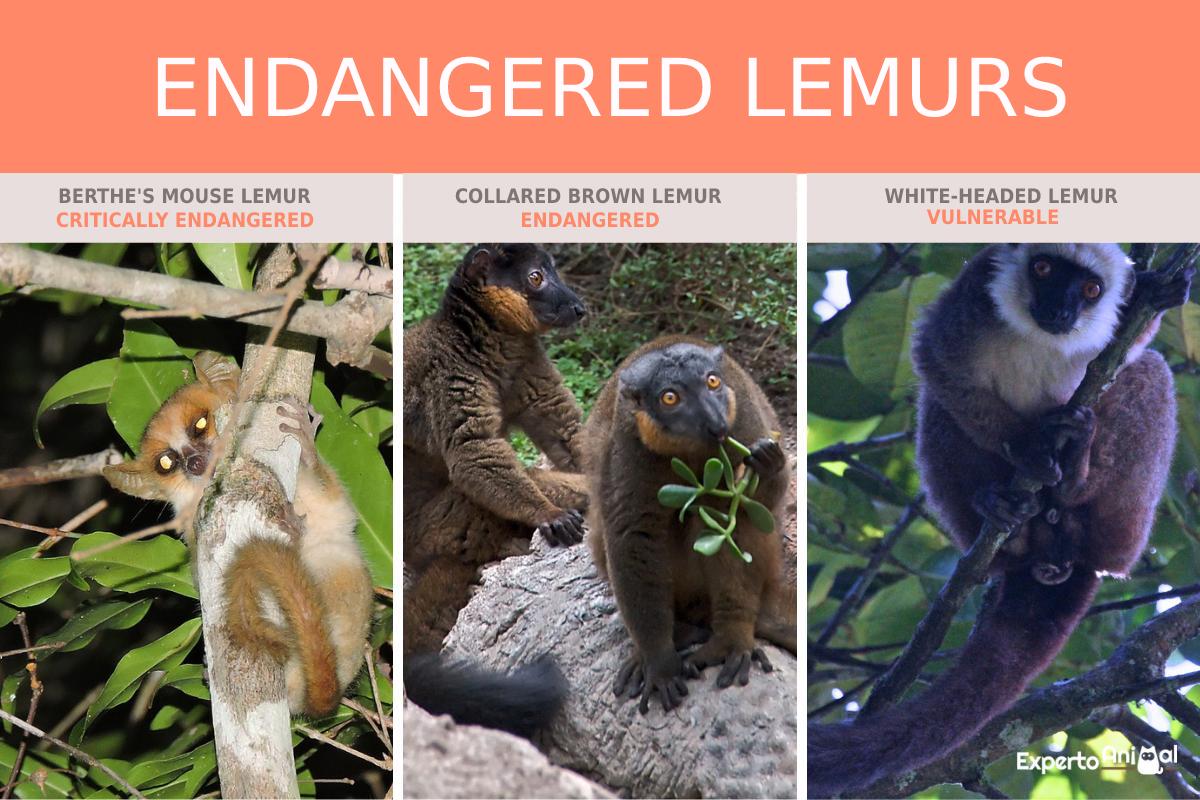 1 of 2
Are Lemurs in Danger of Extinction?
Back to top