Are Blue Macaws in Danger of Extinction?

In 2011, the animated film “Rio” was released in theaters. The movie brought to light an issue that had long been ignored by many, the devastating extinction crisis of birds around the world. In fact, in 2021, nearly 13% of the world's feathered species were listed as endangered. The movie, however, focused on a specific bird, the blue macaw. In 2018, this specie was declared extinct in the wild and its survival seem to be hanging by a thread.

Fortunately, the situation of the blue macaws has recently changed for the better. In this AnimalWised article, we will review its current conservation status, the different species that the term encompasses, and we will answer the question if blue macaws are in danger of extinction in 2021.

You may also be interested in: Are Lemurs in Danger of Extinction?
Contents

What are blue macaws?

The first thing that needs to be clarified when discussing the Blue macaw, is that its name does not refer to a specific bird species. Contrary to what most people think, the term refers to four different species. The species commonly included in the term belong to the family Psittacidae, and all present a characteristic blue plumage.

The Psittacidae family, is one of three families of true parrots, and it includes more than 160 species of macaws and parakeets. There are four species of blue macaws in two different genera: Anodorhynchus and Cyanopsitta.

Despite belonging to different genera, all four species have several things in common, besides exotic blue plumage. In terms of size, behavior, and appearance, males and females are very similar. Also, they all posses a strong beak to crush the seeds they feed from. Finally, they all have prehensile legs that allow them to grasp fruits, branches and other objects.

Members of the Psittacidae family are found in both Africa and South America, but the blue species are only found in Brazil.

What are the blue plumage species?

Now that we have established that the term blue macaw refers to four different species, we are going to explore each one in more detail.

This genus includes only one species, and it is the one that inspired the movie Rio.

Cyanopsitta spixii is the most well-known of all the four species above. Most people think of the Spix's macaw when they think of the blue macaw. Therefore, we will dedicate the next section to the matter of its conservation status.

If you wish to know more about other widely known species of parrots, don't miss this article on different types of domestic and wild animals.

Is the blue macaw extinct?

In 2018, the news that the Spix's macaw had been declared extinct in the wild were broadly discussed on social media. The survival of this species seemed far from promising at the time, with less than 100 specimens still alive and in captivity.

Despite all odds, the bird population has increased more than anticipated. The first adult species are soon going to be resettled to their original home. Thanks to the effort of several non-profit organizations around the world, the Spix's macaw still has a chance at surviving.

There are three organizations worldwide that officially promote the breeding of Spix's Macaws. These are: ACTP, the Al Wabra Wildlife Conservation and Preservation Organization in Qatar and the Brazilian breeding station of the organization 'NEST'.

The first step before returning this species into the wild was to ensure a sufficiently large and healthy population with genetic diversity. This is not an easy task to achieve, especially when there are few specimens left. The Al Wabra organization has achieved considerable breeding success with its artificial insemination program.

The next step was to find a proper home for the birds. The site had to offer optimal conditions for the birds and had to be protected from human influences. There is a farm that includes the area that served as a habitat for the last Spix's Macaws in the wild, which has already been purchased for this purpose. That farm, as well as other areas nearby, will form the future sanctuary for the eventual release of the Spix's Macaw in the wild.

The last step was to sensitize the local population about this matter. It is the only effective way to ensure a positive coexistence between humans and Spix's Macaw. Several educational measures are currently being carried out in the vicinity of the planned reintroduction area. Its aim is to raise awareness in the locals of the importance of the blue bird for their region and their environment.

The future of the blue macaw is unknown, and there is still a long way to go before it can be declared non-threatened. In the meantime, its status remains listed as critically endangered.

Why is the blue macaw critically endangered?

As you may have noticed by now, all the four species that are currently referred to as blue macaw are in danger of extinction. However, this crisis does not affect the blue macaw alone, but the whole Psittacidae family. Almost half of all parrot species are endangered, and almost 25% of the species are critically endangered.

The main reasons for this gradual disappearance of the species are various. These include:

If you want to read similar articles to Are Blue Macaws in Danger of Extinction?, we recommend you visit our Endangered animals category.

Are Blue Macaws in Danger of Extinction? 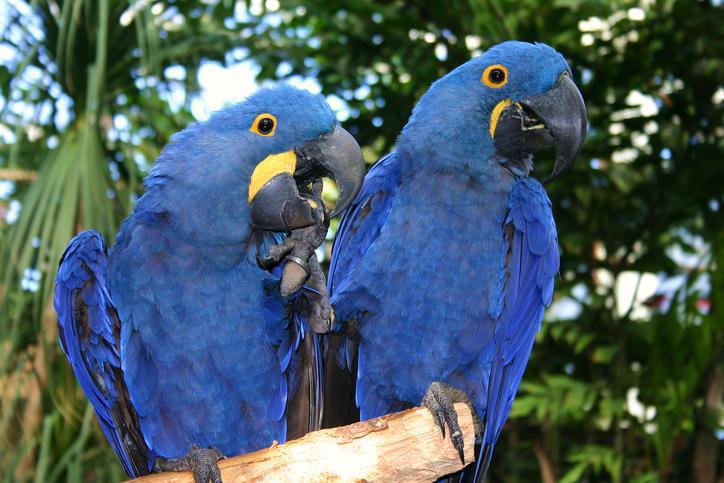 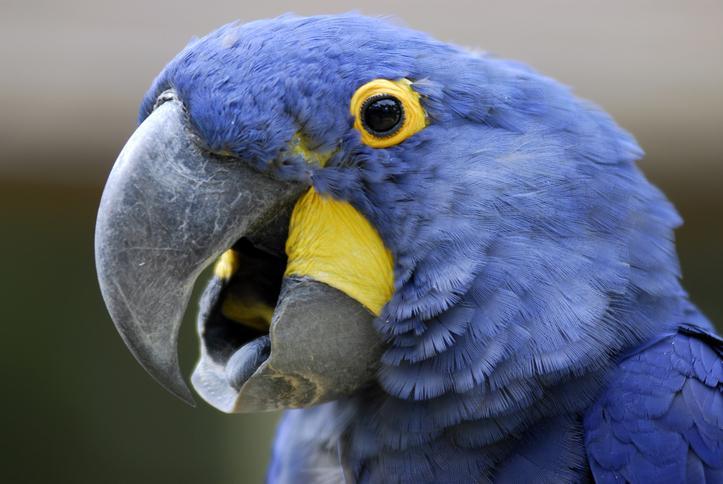 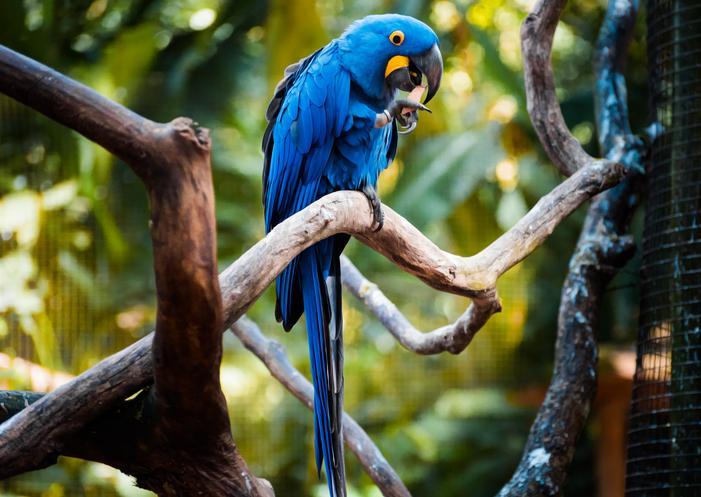 1 of 3
Are Blue Macaws in Danger of Extinction?
Back to top