The Ural Rex cat is a very family cat, affectionate, sociable, intelligent and playful, but also calm and balanced. It is an ideal cat for families, even if they have children or other pets. They love to be with people, they do not like to be alone and rarely say no to play. They are healthy cats and need the same care as any other cat. Pay special attention to their characteristic curly, wavy coat. Although it is a Rex, it has nothing to do with other breeds with this last name, as the genes are completely different.

Continue reading in this AnimalWised breed file to learn more about the Ural Rex, its characteristics, origin, character, care, health and where you can adopt it.

Origin of the Ural Rex cat

This breed originates from the Ural Mountains in Russia, hence its name. It is believed that their characteristic curly coat was created by a genetic mutation that occurred without human intervention. In 1988, the first program to develop the breed was started, although these cats had existed since 1940. Until 2011, they were allowed to be crossed only with Celtic short hair cats.

In Ural Rex cats, the coat curls in a different pattern than in other Rex breeds. Since its gene is different from those found in other breeds with the word "Rex" in their names, genetic studies have shown that there is no connection between them.

In 1992 these cats participated for the first time in a cat show in Ekaterinburg. In 1997 the show was extended to Moscow, where the breed began to be developed until it gained recognition in national and international association of cat clubs. It is still not a well-known breed, although it is very popular in Russia and Germany. The World Cat Federation (WCF) has recognized this breed since 2006 and distinguishes it into: Ural Rex Shorthair and Ural Rex Longhair.

Characteristics of the Ural Rex Cat

The Ural Rex is a medium-sized breed. Most adult cats are between 6 and 13 pounds (ca. 3 to 6 kg). Females are typically slightly smaller than males. The physique is strong, well-proportioned and with well-developed musculature. Below we present the main physical characteristics of this breed.

Their fur is soft, silky, elastic, and dense with a double layer. The coat is characterized by wavy curls all over the body and tail, which may be short in the Ural Rex Shorthair Cat and long in the Ural Rex Longhair Cat. The final wavy coat appears at the age of two years, although the first curls appear at the age of 3-4 months.

Kittens are born with a grayish coloring, which they lose during their first molt. As for the recognized colors of the Ural Rex, Chocolate and Cinnamon, as well as the dilute shades that go with them, are not allowed in any design combination (solid, bi-color, tri-color, tabby). Any other color is allowed.

​Ural Rex are calm, balanced and stable cats. They are also characterized by their playfulness and affection. They are sociable and love the company of their keepers and even other animals. Furthermore, they get along very well with children, especially if they are as playful as they are.

They are not very independent cats, so they do not like to be home alone for long periods of time. They understand very well the emotions of their caregivers and do not hesitate to accompany them in their hard times. Not only that, but they are very patient and calm and put up with eating or playing almost without meowing.

Continue reading this other article if you want to learn more about leaving a cat home alone and how to avoid potential behavior problems.

This breed requires no more care than any other cat. Of course, its characteristic coat must be kept in good condition by brushing it several times a week, and if it tolerates it well, it may even be bathed about three times a year. This helps untangle any knots that may appear and remove dead hairs that may be swallowed during grooming and lead to hairballs, which sometimes need to be surgically removed. This is especially important for the long-haired variety.

Keeping a small cat healthy at home also involves ear cleaning, deworming, vaccination against contagious feline diseases, and providing a complete, high-quality diet that contains all the essential nutrients. Their diet should be high in protein, low in carbs, with moderate fat and plenty of moisture.

If you want to learn more about cat nutrition, continue reading this other article on what do cats eat.

The Ural Rex cat breed is characterized by very good health and a life expectancy of 13 to 15 years. There are no known diseases or genetic anomalies or a major predisposition to any particular disease.

In spite of their good health, they are still susceptible to diseases that affect cats. Therefore, veterinary examinations are key to an early approach to any pathology that may impact them.

Continue reading this other article if you want to learn more about how to tell if your cat is sick.

Where to adopt an Ural Rex cat?

The Ural Rex breed is difficult to find outside of European countries like Germany or Russia. You can always ask local animal welfare organizations or shelters, but the answer will surely be negative and some will not even know it.

Your best bet is to ask at associations dedicated to the rescue and subsequent adoption of this particular breed. If you are having trouble adopting a cat, you can always contact your local shelter or animal welfare organization, as every cat there deserves and needs to be adopted responsibly.

Remember that a cat is a living being that needs to be cared for, loved and nurtured on a daily basis. It is not a toy or something you can have and return. So before adopting a cat, consider if you are a good candidate who can provide a high quality of life for the cat.

Continue reading this other article to learn more about what you should know before adopting a cat.

Upload a picture of your Ural Rex Cat 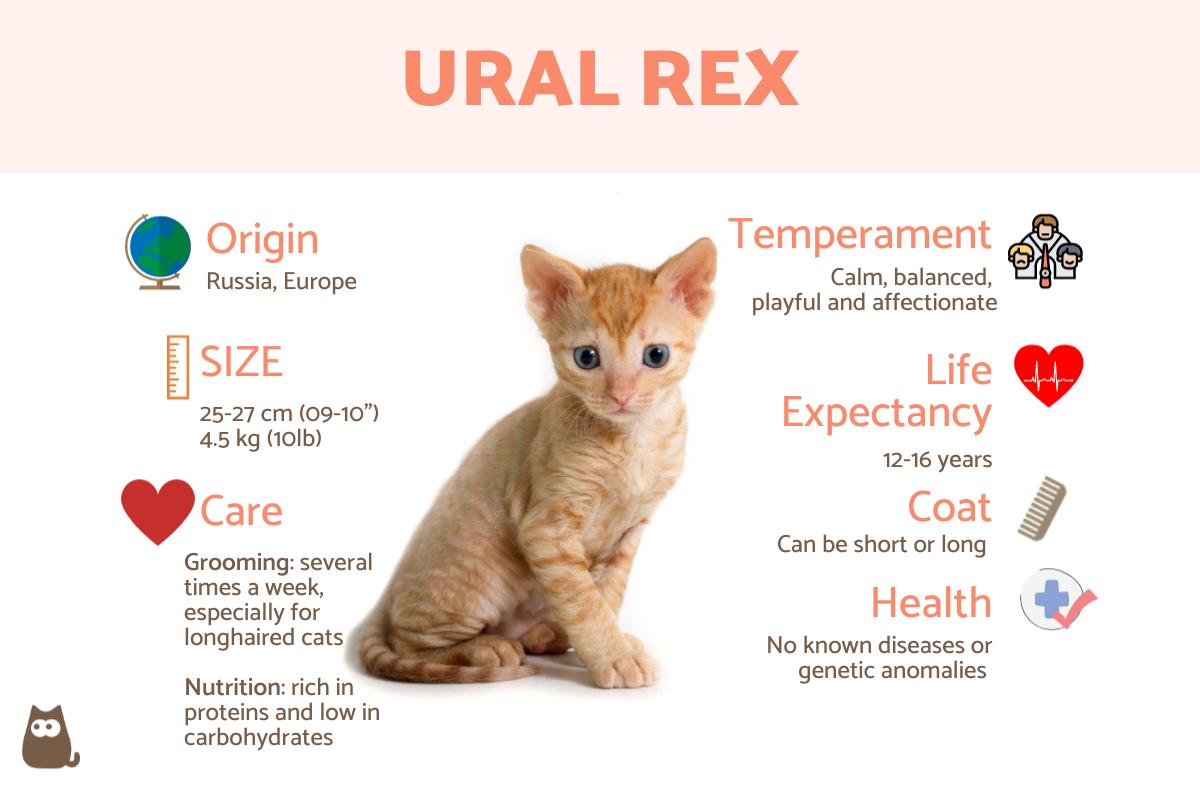 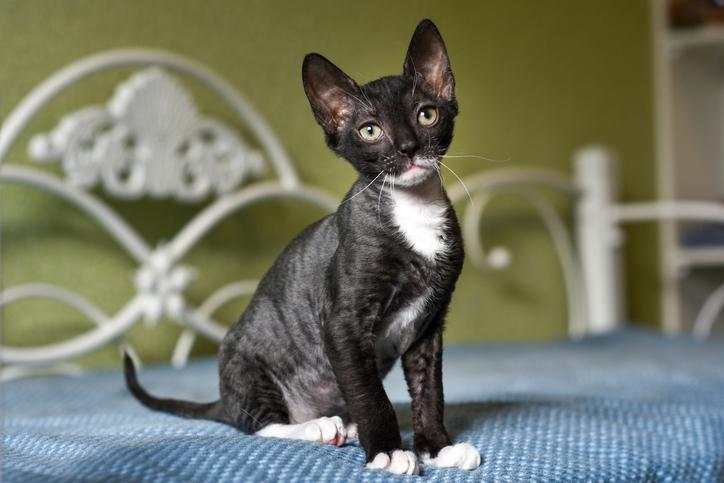 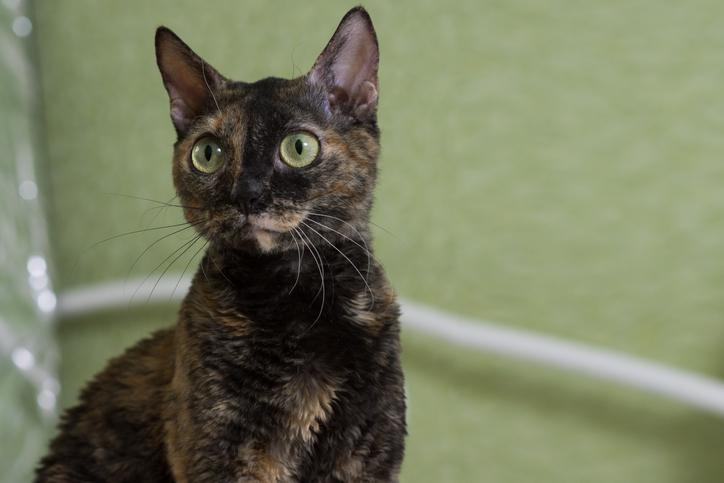 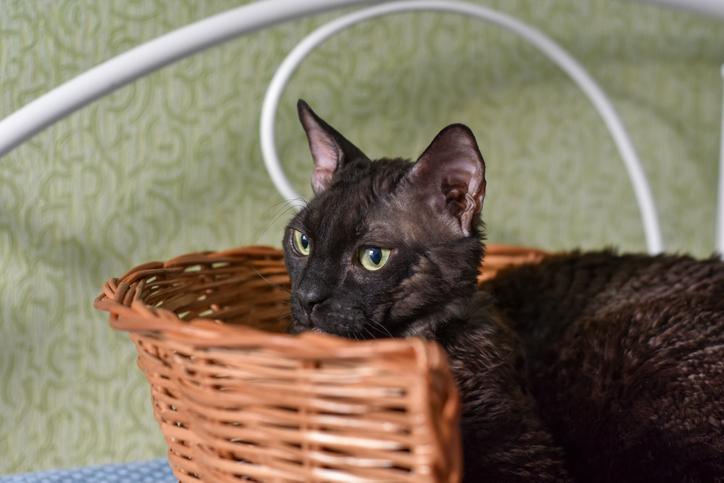