Asian dog breeds have unique features in terms of physicality and personality. Much of this has to do with the history of their domestication and their interaction with their native land. However, while breeds from China and other parts of Asia (such as Japan) are popular, there may be some you have not even heard of. This is why AnimalWised is here to help you discover this Chinese dog breeds list so you can have a better idea and perhaps even spot them at your local dog park. We don't simply reveal the names of the breeds, but tell you a little backstory and give you some idea of why they are so beloved.

Often we find that the breeds which are smallest in stature are largest in terms of personality. With Chinese dog breeds, this is no exception. If you have encountered this particular Asian dog breeds before, you'll know exactly what we mean:

The Shih Tzu is origanlly from Tibet. Small in stature, it only measures 27 cm in length on average. They have a black and white coat, the most sought after being those with a white tuft on their forehead and another on the tip of their tail.

It is very visually attractive and has a friendly character. It gets on well both with humans and other animals, but this bond reveals another side. If they think their family (whether natural or adopted) is being threatened, they will become aggressive in defense. This is why they also make a good watchdog, although their small stature means it is unlikely they can inflict much harm on an intruder.

Known for its abundant fur, the Pekingese can be a loving pet. However, their delicate appearance is not always reflected in their temperament. They can be possessive over objects and even become aggressive towards animals triple its size. For this reason, it is not recommended for families with young children. They can be stubborn and independent, but they are also courageous and can bond well with their owners.

They are easily recognizable. They have a characteristic flat face with a snub nose. Their fur can be of any color, but adult Pekingese will almost always have black eyes and a wrinkled snout. This breed and the Shih Tzu often get mistaken for each other, but the two breeds have their differences.

Another dog originally from Tibet, the Lhasa Apso is similarly characterized by its long coat. However, their fur falls over the face (when not clipped), giving the impression the dog has a beard or mustache.

They are independent, but do love to be petted. Additionally, they are cheerful, playful and generally content, although they can be cautious around strangers. In ancient China, they were considered symbols of good luck. Tibetan monks were known to give them as presents to high officials of various nations.

It is believed the origin of the Pug goes back to the 5th century BC. Their main physical characteristics are its rounded head, sort legs and curled tail. They also have bulging eyes which give a tender appearance many find irresistible. They are playful dogs who love company. They can get overexcited, but are good watch dogs as they will alert their guardians if there is something wrong.

Just because these large Chinese dog breeds are bigger, doesn't mean they can't be equally adorable and have their own unique dispositions. They include:

The Chow Chow is a dog you can't help but notice if you see one in the street. They have small ears, engulfed in a large mane of fur. They have a robust frame and a small face, making them both striking and adorable. Their abundant fur is only ever light brown/tan or beige. Combined with the fur around their face, they somewhat resemble a little lion. However, their most unique feature is their blue/black tongue. A dominant gene creates this feature and they are the only dog to have a full mouth cavity of this color.

There are records of the Shar Pei's existence dating back to 206 BC. Perhaps their most noticeable feature is their thick fur which attached to the body on thick wrinkled skin folds. Its snout is large and darker than the rest of their body, their ears are small and sit slightly forward. They are playful when they want to exert some energy, but are generally quite calm. Special care should be taken with the wrinkles on their skin as dirt and bacteria can accumulate in the folds.

The Chongqing is one of the lesser known Chinese dog breeds. They are of the Molosser type of dog and their name derives from the region of China from which they hail. They share certain similarities with the Bulldog and Thai Ridgeback. The males can be up to 50 cm tall while the females will be about 10 cm shorter. They are a guard dog and have been ingrained in Chinese culture for over 2000 years.

A grazing dog, the Tibetan Mastiff was commonly found in the colder regions of China. They are large dogs, measuring approximately 71 cm in length and have a solid body. They have a wide and strong head and their coat is thick, dense and abundant. It will either be black or brown in color.

Have you ever wondered if there are any hairless Chinese dog breeds? While there may be variations, there is only one distinct breed.

Not all of these dogs are even hairless as there is a version of the Chinese Crested dog with hair. However, the hairless variety owes its existence to a genetic mutation. They are hairless on their body, but are not completely bald as with some hairless mammals. They have fur on their feet, tail and head. That which is on its head looks like a crown (or crest) which is where they get their name. They are a very small, yet loyal dog. Weighing in at only 7 kg, they can be an amazing companion.

If you want to read similar articles to Chinese Dog Breeds List, we recommend you visit our Facts about the animal kingdom category.

18 Oldest Dog Breeds in the World
Top 9 Dog Breeds with Blue Tongues
Ruminant Animals: Full List and Fun Facts
Popular Dog Breeds Before and After
Related categories
Endangered animals
Most read
1.
What Animal am I According to my Zodiac Sign?
2.
What Does It Mean When a Cat Shows Up at My Door
3.
10 Most Beautiful Animals in the World
4.
Examples of Vertebrate and Invertebrate Animals
5.
Why do Dogs Get Stuck when Mating?
6.
The 10 Most Solitary Animals in the World
7.
Differences Between Deer, Elk, Moose and Reindeer
8.
Animals With Scales - Full List
15 Rare Dog Breeds
Animals in Antarctica List
List Of Different Types of Foxes
How to Identify a Dog's Breed
Types of Tigers Around the World: Tiger Subspecies
The Strongest Dog Breed in the World
Types and Breeds of Husky Dogs
Arctic Animals Facts: Full List! 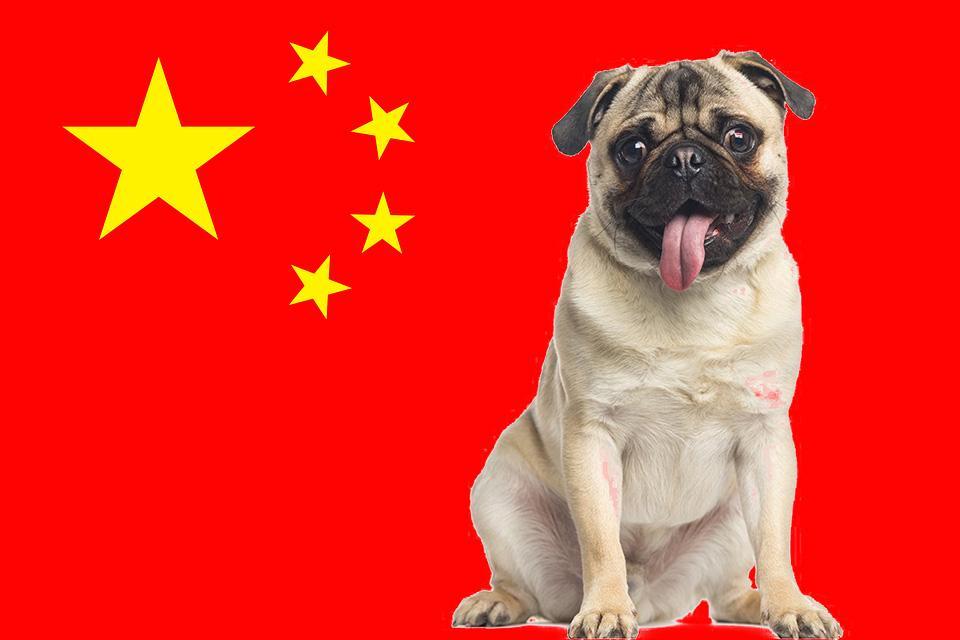 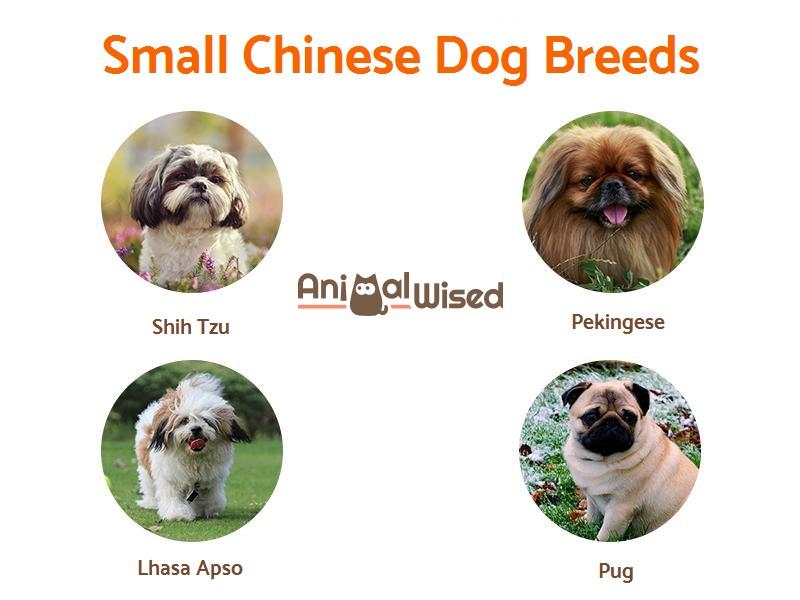 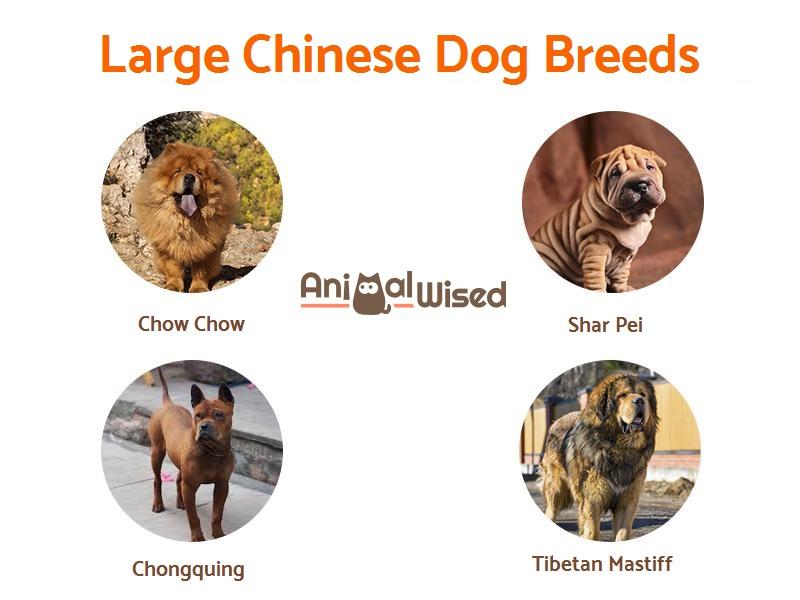 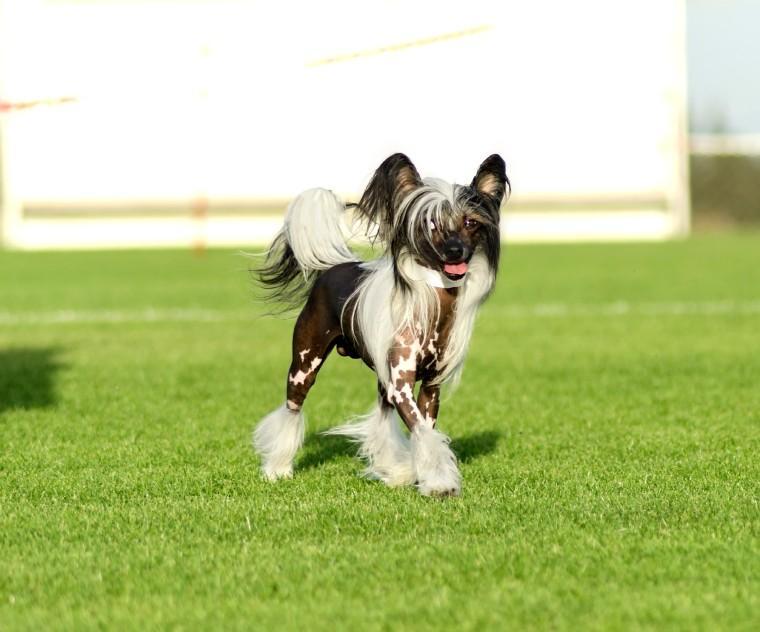