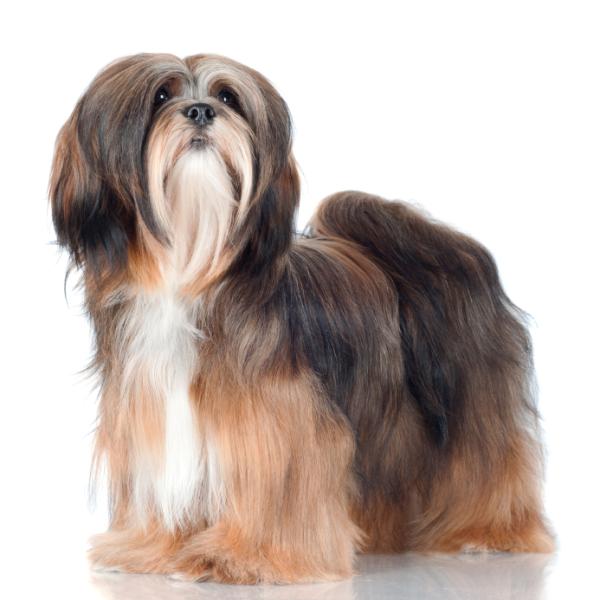 The Lhasa Apso, or lhaso apso, is a small dog that is characterized by its long and abundant coat. This little dog looks like a miniature version of the old English shepherd and is originally from Tibet. Although not very well known, the lhasa apso is a very popular dog in its own region and despite its tiny size, is one of the best guard dogs.

In this AnimalWised breed file we will discover everything you need to know about the Lshasa Apso, a dog that despite its small size has an exceptionally brave and unique character.

History of the Lhasa Apso

The Lhasa Apso originates from the city of Lhassa in Tibet and was originally bred as a guard dog of Tibetan monasteries. It is one of the best examples that a small dog can be a great guardian.

While the Tibet Mastiff was employed as a guarding outside the monasteries, the Lhasa apso was preferred for guarding the inside. In addition they were employed in public relations, since dogs of this breed were given to visiting personalities from other countries. In its homeland its is still known as Abso Seng Kye, which translates similarly to "dog-lion sentinel".

Although originally raised as a watchdog, the current Lhasa Apso is a companion dog. The long and dense coat that was very useful to keep this dog warm and avoid strong solar radiation in Tibet, is today viewed as just one more attractive characteristic of these small but courageous dogs.

Characteristics of a Lhasa Apso

The head of the Lhasa Apso is covered with abundant hair, which covers its eyes and forms a well-developed beard and mustache. Its skull is relatively narrow and should not be flattened, but neither should it be domed or shaped like an apple. Its head joins the body through a strong and well-arched neck. The snout, short in relation to the length of the skull, is straight and the nose is black. Its bite appears is in inverted scissors (the upper incisors close just behind the lower ones).

Lhasa apso's eyes are oval, medium-sized and dark. Its ears are hanging and covered with fringes.

Its body is small, and longer than its height. It is covered with abundant and long hair. The front limbs of a Lhasa Apso are straight, while the hind limbs have good angulation. The Lhasa apso has a long, hard-textured coat that covers its entire body and falls to the ground. The most popular colors of this breed are gold, white and honey, but others are also accepted, such as smokey, dark gray, slate, multicolored, black and brown.

The tail of a Lhasa apso is of high insertion and the dog carries it on its back. Often folded at its end, it is covered with abundant fur that forms fringes along its entire length.

The height at the withers of the males is around 25.4 centimeters and females are a little bit smaller. The breed standard used by the International Cynological Federation does not specify a specific weight for the Lhasa Apso, but these dogs generally weigh around 6.5 kilograms.

Character of a Lhasa Apso

Although it is a small dog, the Lhasa Apso is not a lap dog. Given its use as a watchdog, the Lhasa Apso has evolved as a self-confident, strong and active dog that requires physical and mental exercise. However, today it is classified as a companion dogs due to its size and appearance.

This breed of dog tends to be independent, so early socialization is very important. Although it is an affectionate they to tend to be a little distrustful with strangers.

The small size of this breed suggests that it is suitable as company for children. This however is not true. A properly socialized Lhasa Apso will be a good company for any family, but children pose an apparent (and often real) threat to most small dogs. Therefore, the Lhasa Apso is more suitable for families with grown children who are mature enough to properly care for their dog.

Caring for a Lhasa Apso

It is important to highlight the difficulty that is the hair care of Lhasa apso. These dogs need frequent brushing, more than once a day. If they do not receive this brushing, the hair will become entangled and knots will form. This particular need is an inconvenience for those who do not have enough time to dedicate to brushing. Although the Lhasa Apso needs games and exercises, its demand for exercise is not very high and they can live comfortably in a department.

As with any puppy, it is very important to start the puppy’s socialization training in a timely manner so that the dog can learn to relate to people, animals and objects of all kinds, without fear or phobias. Upon the arrival of its adult stage it will be important to start practicing basic obedience commands that will help you facilitate communication with your dog.

This breed responds incredibly well to positive reinforcement . Therefore, we can confirm that the Lhasa Apso is an easy dog to train if proper methods are used.

Health of a Lhasa Apso

In general, the Lhasa Apso is a very healthy dog. However, skin problems can occur if its hair does not remain healthy, brushed and clean. This breed may present a slight tendency to hip dysplasia, kidney problems and ulcers. Regular veterinary visits will help detect any type of problem or discomfort with your pet.

We recommend following the stipulated vaccination schedule and pay close attention to external parasites who tend to find the Lhasa Apso a very attractive host. Deparasiting the dog externally on a monthly basis is essential.

Upload a picture of your Lhasa Apso 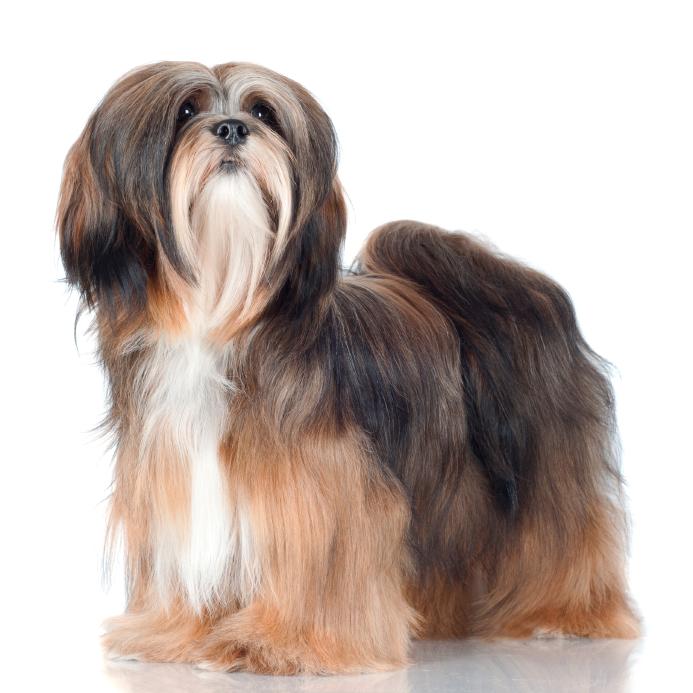 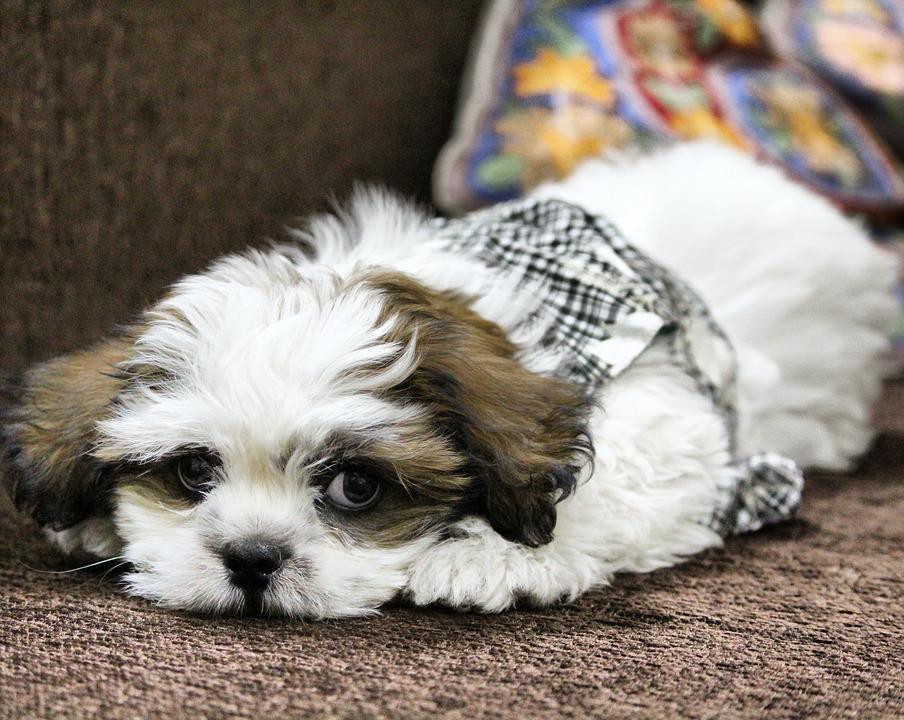 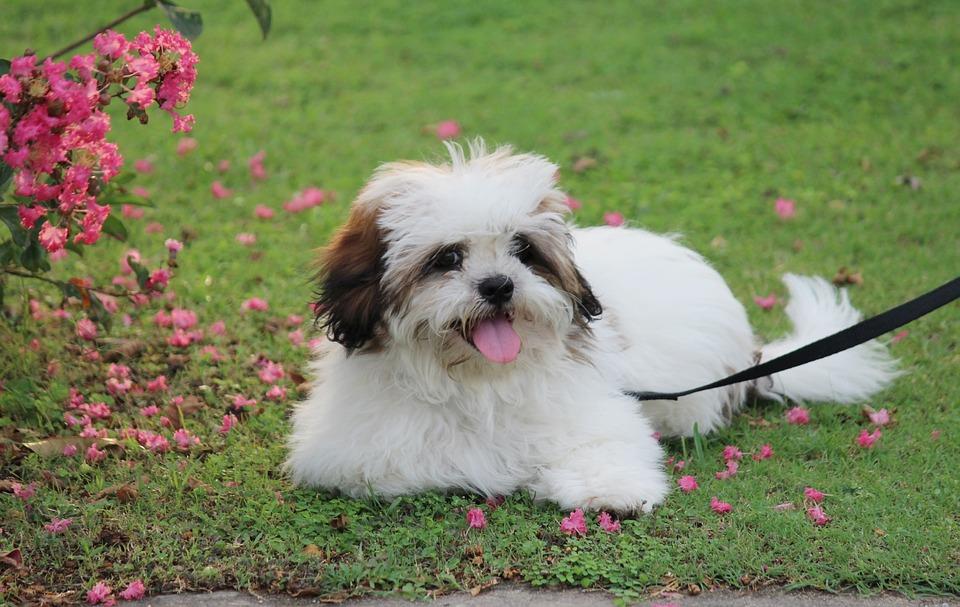 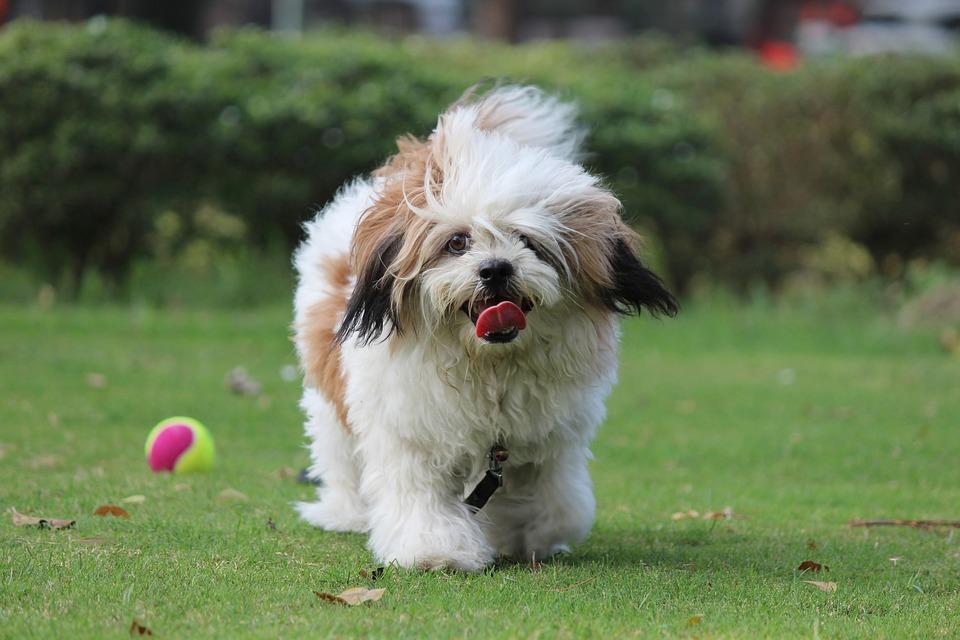 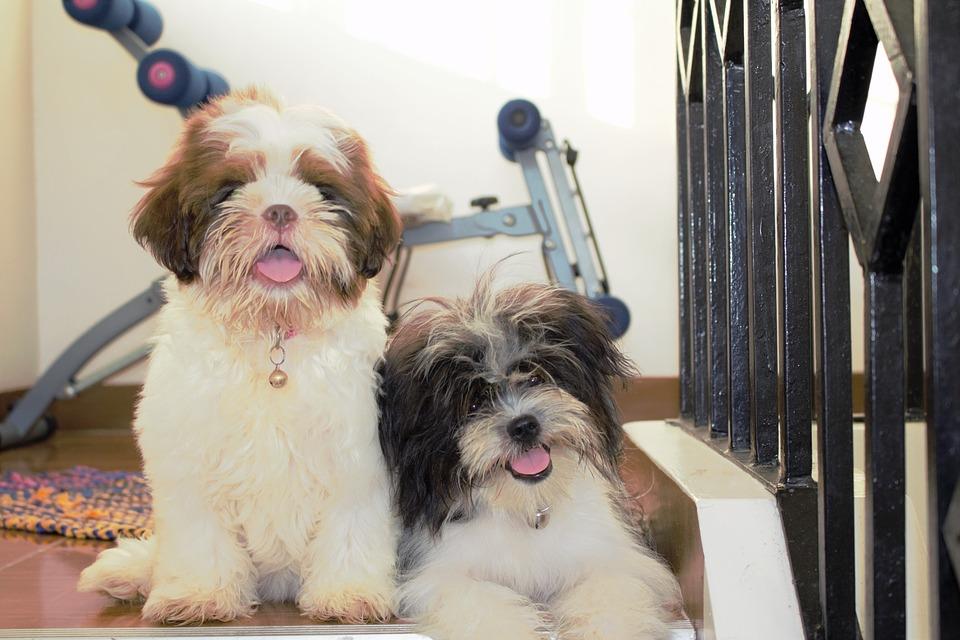 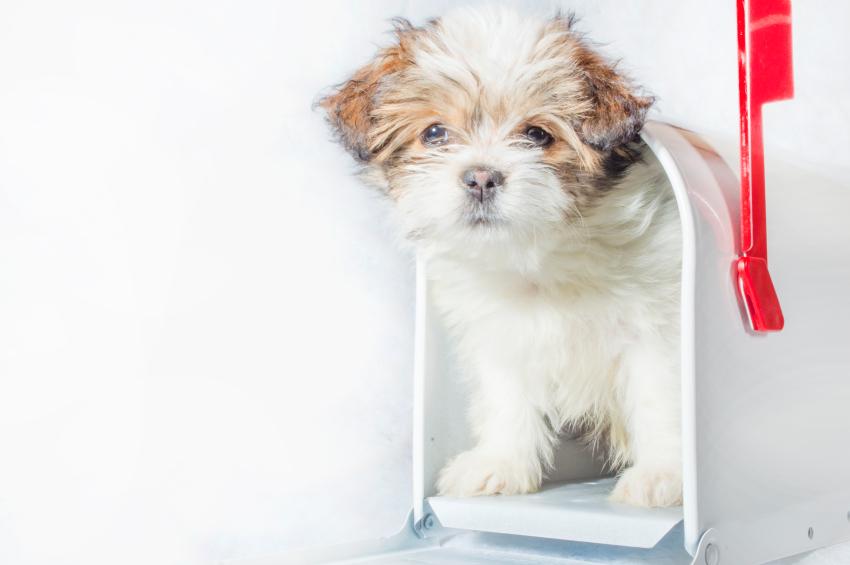 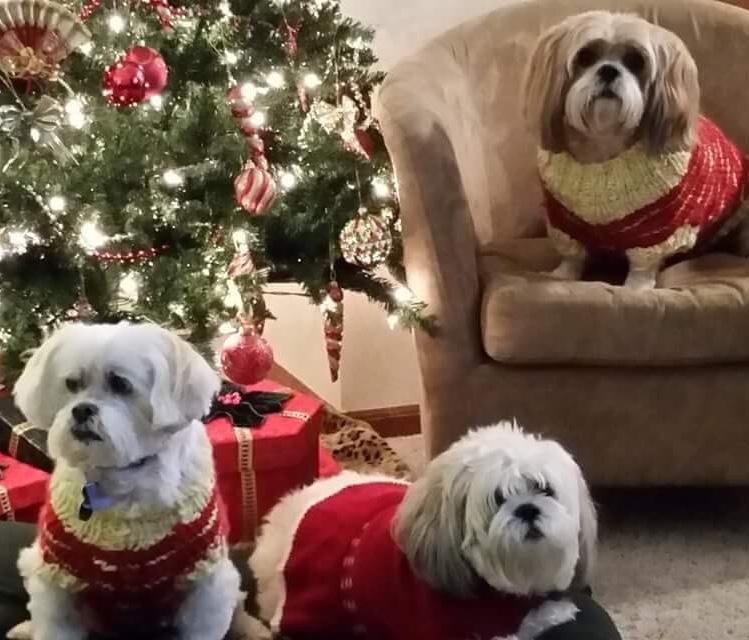 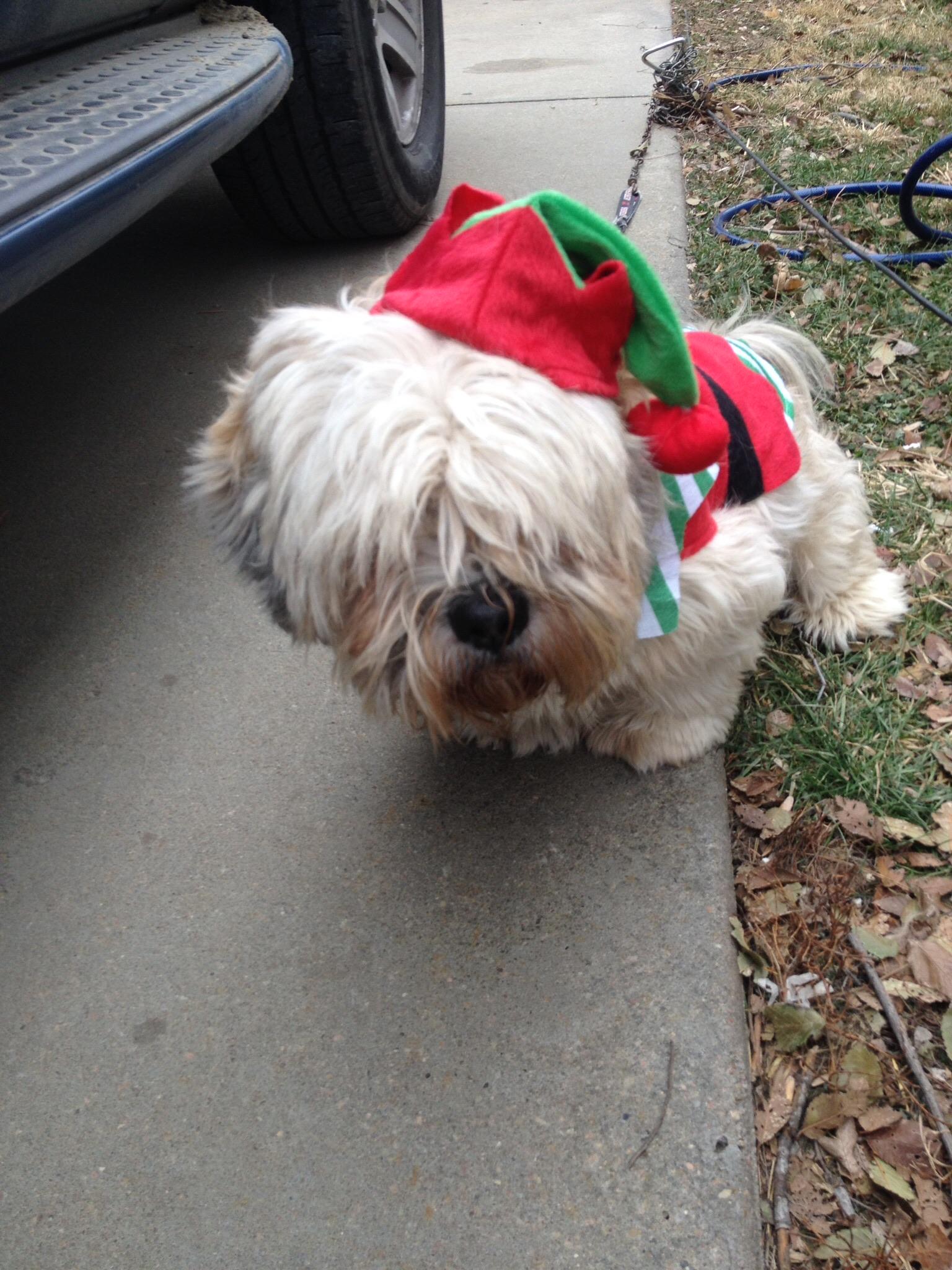 Photo uploaded by Jess R:Murphy
1 of 9
Lhasa Apso
Back to top