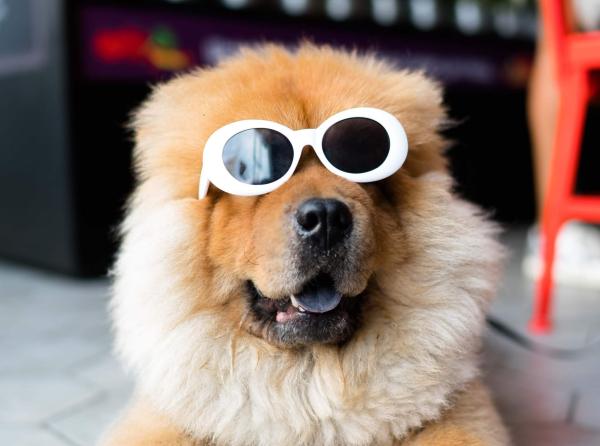 There are more than 400 dog breeds, each with their own peculiarities that distinguish them from one another. Some of these characteristics might seem quite strange, for example dog breeds that have blue tongues. Although they are normally referred to as blue, the dark pigmentation on a dog's tongue sometimes appears black, or a lighter shade closer to purple. Do you know any dog breeds with blue tongues? The Chow Chow is probably the most famous one, but there are other dogs that can have blue tongues.

AnimalWised is here to give you a list of the top 9 dog breeds with blue tongues, and explain why some breeds of dogs have blue tongues.Throughout history, different hypotheses have been suggested to explain this rare tongue color. Keep reading if you are curious to find out more.

You may also be interested in: Dog with a Blue Tongue: Chow Chow
Contents

Why are there dog breeds with blue tongues?

There have been many myths and theories about dogs with blue tongues. Scientists have not been able to agree on the exact reason for naturally occurring blue-black or purple tongues in dogs. Some theories suggest that blue coloration in a dog's tongue is due to genetic mutation that causes a greater concentration of melanin or pigmentation cells in the tongue, giving rise to its peculiar shade.

Do you know which dog breeds have dark tongues? Here are 9 of the top breeds of dogs with blue tongues.

Various breeds of dogs show naturally occurring blue tongues or blue-black spotted tongues. Here are the breeds we will look at in this article:

Of these, the Shar Pei and Chow Chow are the only two dog breeds with completely blue tongues in all individuals. In the rest of the breeds we will look at, only some individuals have blue pigmentation on their tongues. The individuals of these breeds may either show a few blue spots on their tongues or have larger dark patches making their whole tongue appear bluish.

It was once believed that other breeds showing blue tongues meant they had some Chow Chow blood in their heritage. However, this is not the case, as pure breeds can also have blue tongues. These are probably caused by excess pigmentation in the individual dog, much like birth marks in humans. Below you will find more information about each of the dog breeds with blue tongues.

The Shar Pei is a Chinese dog breed that is distinguished by its appearance and, of course, its blue tongue. All Shar Peis have blue tongues, although these can vary in shade from blueish-black to lavender purple. The Shar Pei is also known for its thick fur and wrinkled skin folds. It has a large head and full, slightly darker snout, that give it a gentle and friendly appearance. Shar Peis are calm and affectionate dogs, although they tend to be cautious around strangers. This trait, along with the fact that they are muscular and robust, means that they have historically made for great guardian dogs.

The dog best known for its blue tongue is the Chow Chow. It is a Chinese breed and known to be one of the world's oldest dog breeds, appearing as far back as 2,000 years ago. The Chow Chow and the Shar Pei are believed to share a lineage, since they are both known for their distinctive dark tongues. In China, there are various legends about how the Chow Chow got its blue tongue.

The Chow Chow has a large head and short, slightly flat, snout. It has small erect ears, and rounded eyes. The Chow's coat is usually plush, and can be either long or short. In addition, it has more fur around the neck, giving it the appearance of a lion.

For more information about this breed, here is another AnimalWised article on the Chow Chow and its blue tongue.

The German Shepherd is an easily recognizable dog, known for its appearance, intelligence, loyalty and courage. Although it is not very common, some German Shepherds have black or blue spots on their tongues. The reason for this tongue coloration is the same as in the Chow Chow and Shar Pei breeds: that is, a concentration of pigment cells in the tongue. However, with the German Shepherd breed, it only appears in a few individual dogs.

You should be aware of your's dog's natural tongue color and keep an eye out for any changes in your dog's tongue. If your German Shepherd normally has a pink tongue and you suddenly notice some black spots or purple coloring, consult a veterinarian to rule out any health problems.

The Akita is a dog originally from Japan, and venerated there for its loyalty and courage. It is a very independent and intelligent breed. The Akita has a very dense coat that can vary in length from short to medium and is adapted to cold climates. Its coat is white with light brown or reddish patches on the upper part of its body. Its nose is black. The Akita's tongue, though usually pink, can have blue or black patches or spots.

The Rottweiler is an active, attentive and muscular breed of dog, known for its fierce appearance. However, despite their reputation for being dangerous, they are in fact very loving and affectionate with their owners. The Rottweiler is an ancient breed that spread across Europe alongside the conquering armies of the Roman Empire. Its has triangular ears, medium brown eyes, and a coarse coat with reddish or rust markings. Some Rottweilers can have blue tongues, caused by either dark spots or patches of pigmentation.

The Border Collie breed is native to Scotland, where it has historically been used as a sheepdog. They are very intelligent and energetic dogs, and need to engage in physical activity at least once a day. The border collie has a thick coat with straight hairs. They are predominantly white on the lower part of the body, with different shades of brown covering the rest. Like the previous breeds discussed, some Collies have naturally blue tongues, with either overall blue-purple pigmentation or with blue-black spots.

As the name implies, this dog breed comes from Korea, specifically from the Jindo Island. They are known for their hunting skills, intelligence and independence. This breed of dog is very protective and affectionate with its loved ones. The Jindo is fiercely loyal and usually creates a strong emotional bond with one person in the family. It has a soft and dense coat that can be reddish, white, black or gray. Some individuals have blue or black tongues.

The Tibetan Mastiff is an impressive looking dog due to its large size and heavy coat. They are noble, affectionate and playful dogs, although they can be cautious with strangers. It is important to properly socialize them when they are puppies. Otherwise, they have a tendency to develop a destructive personality. The Tibetan Mastiff has abundant, thick fur that is normally reddish in color with some darker areas or patches. Most individuals have pink tongues, although some have tongues with dark patches or blue-black spots.

The last breed on this list is the Pomeranian, a dog known for its abundant cream, orange or brown fur. The Pomeranian is a small breed of dog that weighs only around 3.5 kilos. Some individuals have blue toned tongues or show blue spots, although most have the more common pink tongue. Pomeranians have a protective personality, and are attentive dogs that distrust strangers. However, they are very affectionate with their human companions.

Other animals with blue tongues

Apart from dogs, there are other species with blue tongues. Some of the other animals with bluish, black or purple pigmentation on their tongues are:

Here is a video with more details about dogs with blue tongues.

If you want to read similar articles to Top 9 Dog Breeds with Blue Tongues, we recommend you visit our Facts about the animal kingdom category.

Bibliography
Top 13 Australian Dog Breeds - With Pictures
Most Popular Cat Breeds - With Pictures!
Top 5 Smallest Cat Breeds in the World
Chinese Dog Breeds List
Related categories
Endangered animals
Most read
1.
What Animal am I According to my Zodiac Sign?
2.
What Does It Mean When a Cat Shows Up at My Door
3.
Are There Venomous Spiders in the UK?
4.
The 10 Most Solitary Animals in the World
5.
10 Smells that Attract Cats
6.
10 Most Beautiful Animals in the World
7.
Most Common Cat Eye Color and Their Meaning
8.
Why do Dogs Get Stuck when Mating?
15 Blue Animals in Nature
The Top 10 Fastest Sea Animals
Dog Breeds that Look like Wolves
Top 10 Unbelievable Animals that Saved People's Lives
Are Blue Bottle Flies Dangerous?
Do Cats Really Have 9 Lives?
18 Oldest Dog Breeds in the World
Animals With Scales - A Full List 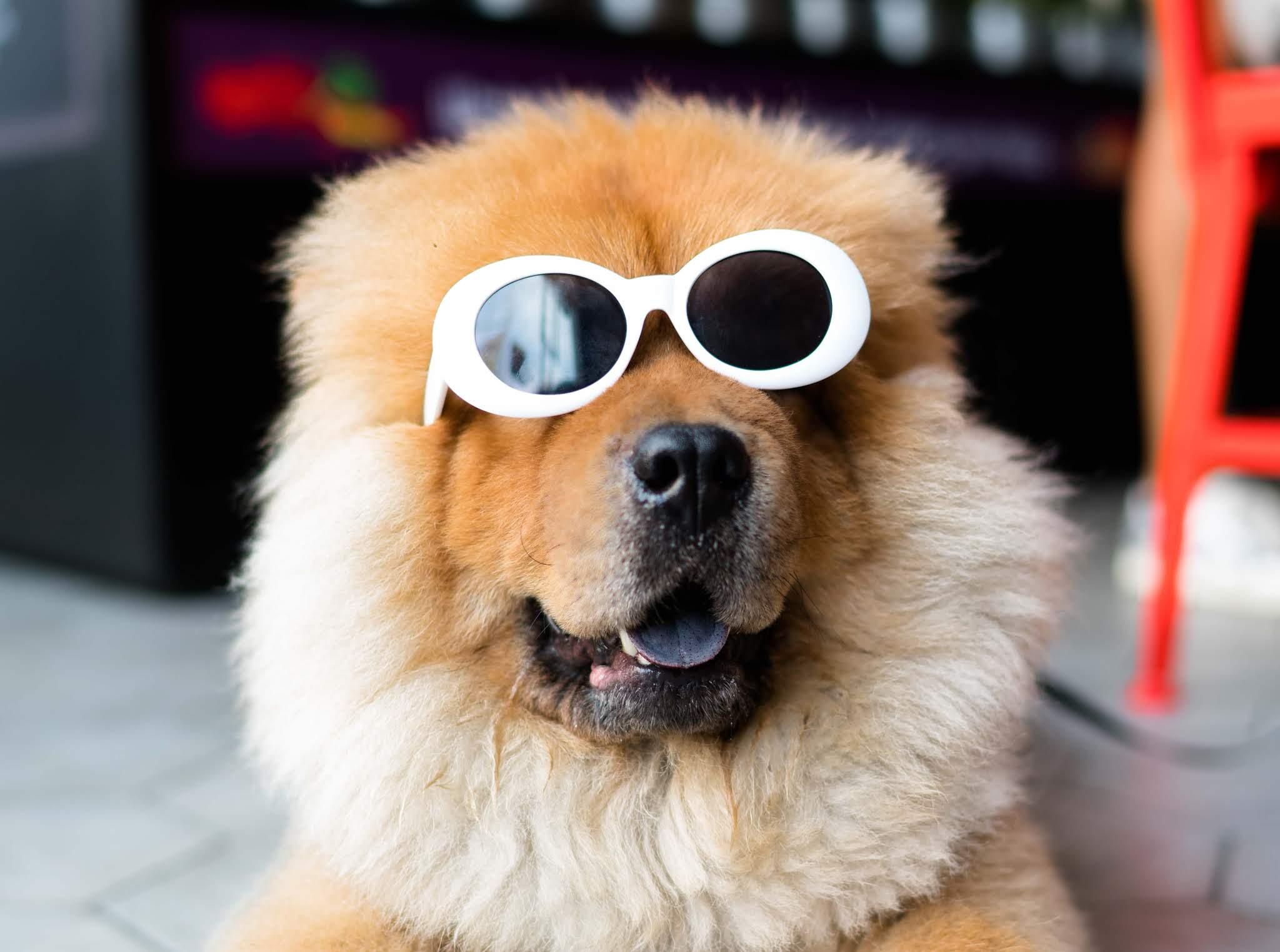 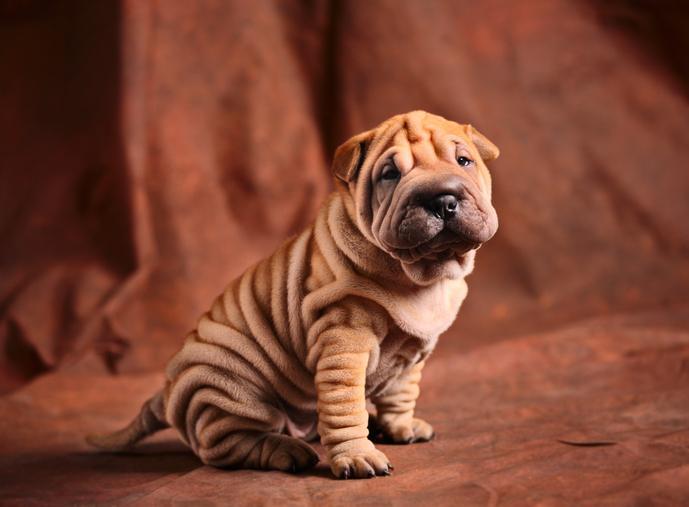 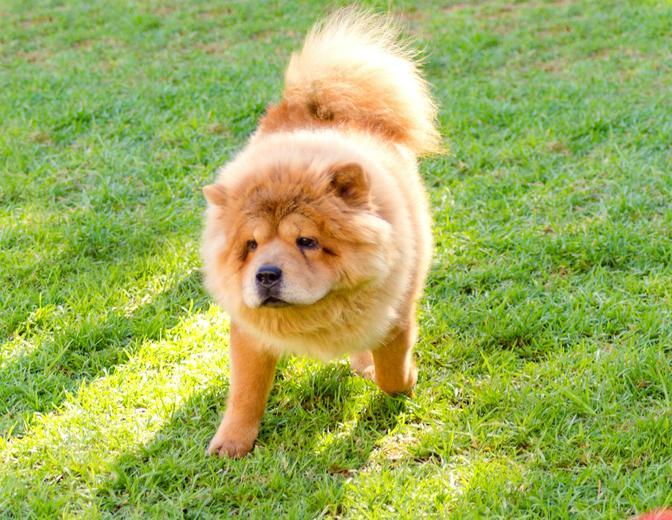 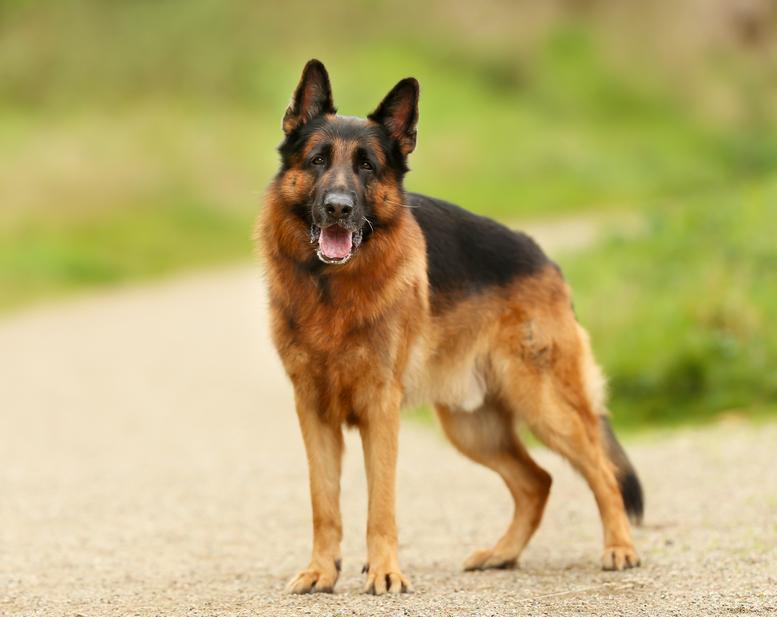 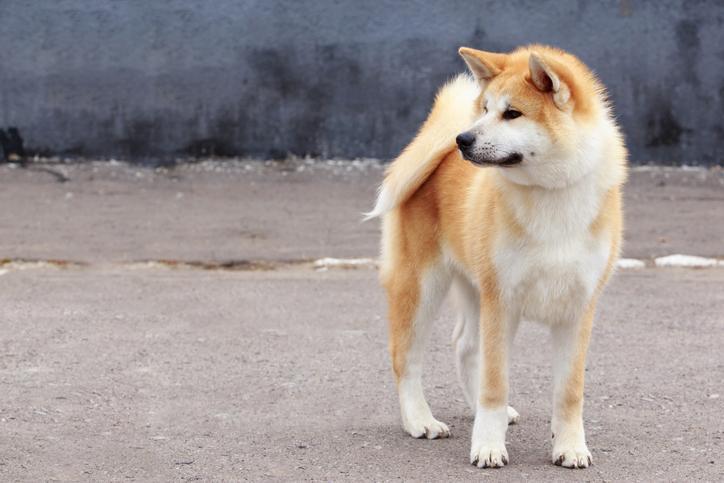 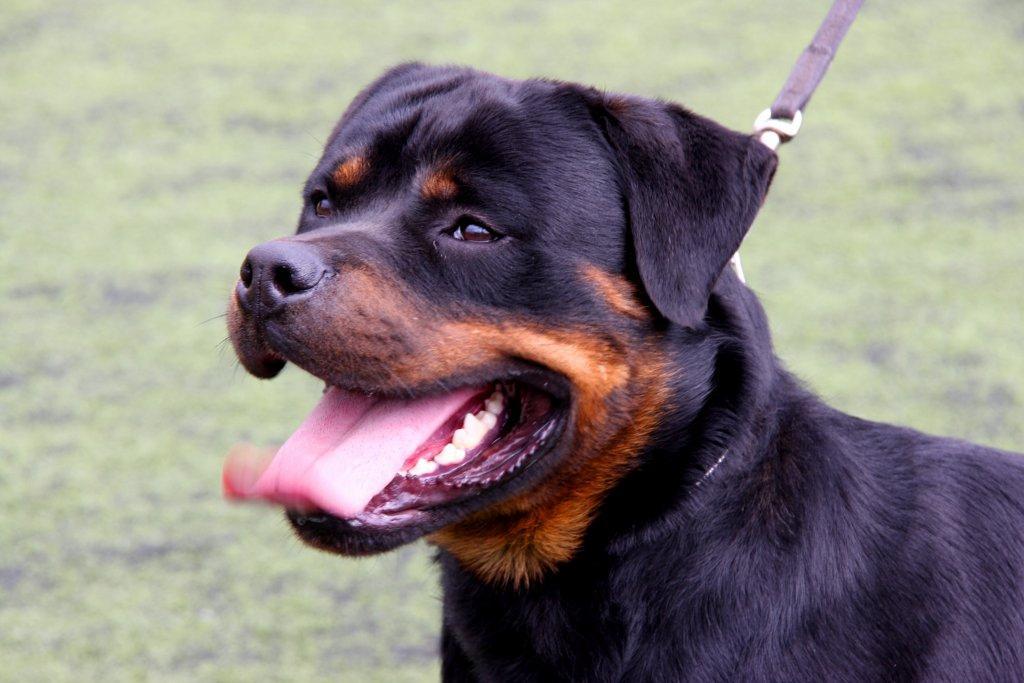 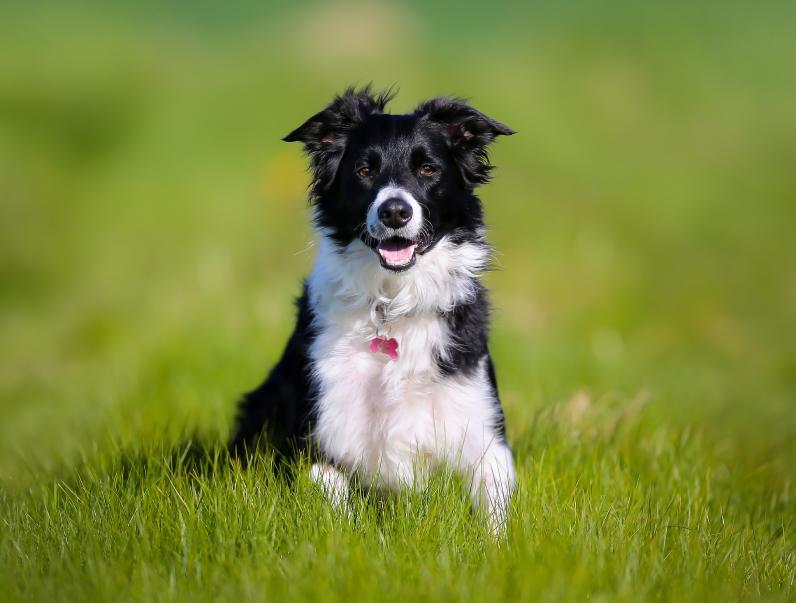 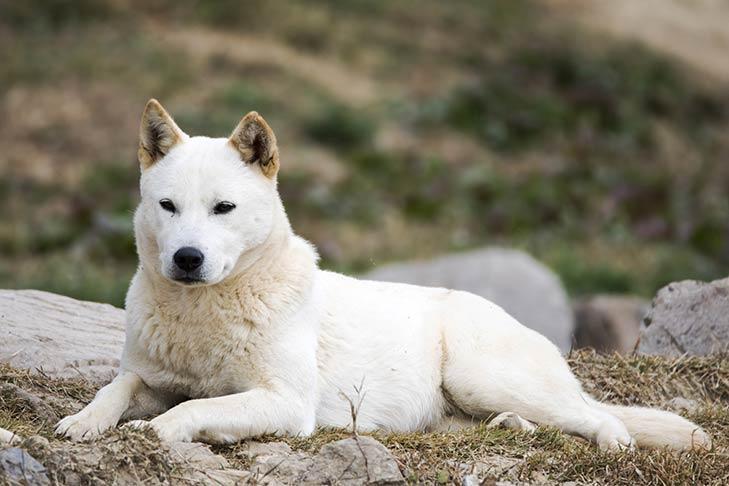 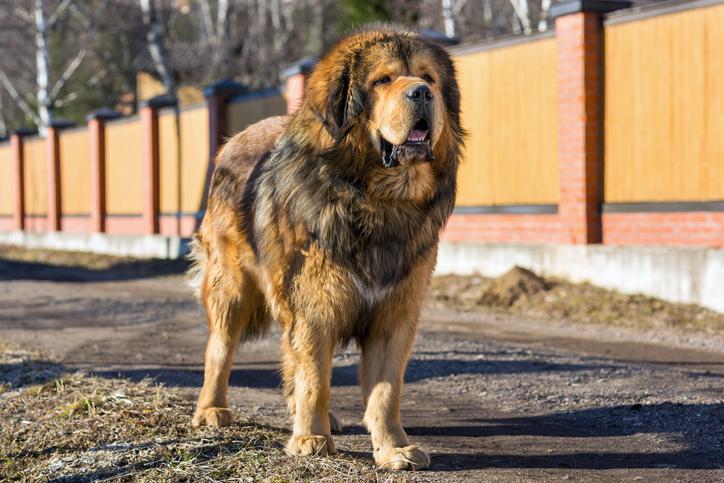 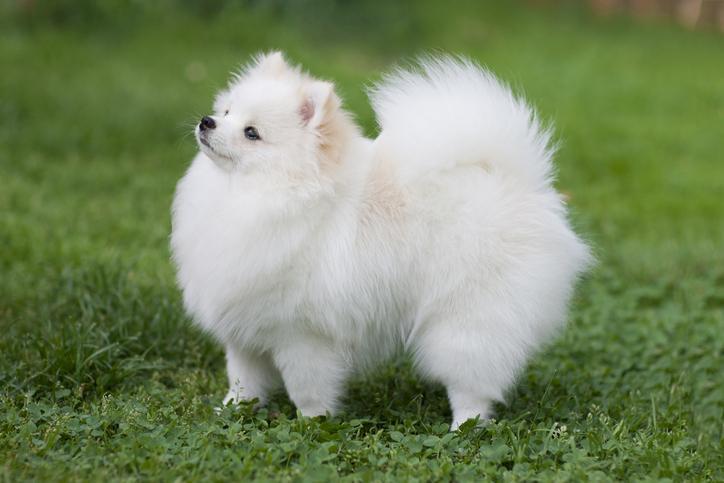