By Nick A. Romero, Biologist and environmental educator. November 16, 2021

Although Australia can have a sometimes inhospitable climate, its relatively small human population means there is much space for its animal life to develop. This has led to a great diversity of animal species. One of the most adorable animals we will find in Australia is the wombat. However, beyond the cute appearance, there is much we don't know about this marsupial. Some of us may not even be aware there are different types of wombats.

At AnimalWised, we better understand the wombat as a species by looking at the wombat in more detail. We find out how many different types of wombats there are and learn about their habitat, behavior and much more.

You may also be interested in: Different Types of Marsupials
Contents

What is a wombat?

The wombat is a mammalian species endemic to Australia. Despite their small size, they have a muscular build. They are a type of marsupial, meaning they belong to the infraclass Marsupialia. Although they have the distinctive pouch which all marsupials bear, they are distinguished by their sharp teeth, strong claws, slow metabolism and, perhaps most distinctively, their cuboid-shaped stool.

Wombats are relatively docile and do not pose much threat to humans. Due to their often very cute faces, this has led to people approaching them to take selfies. This can lead to the wombats becoming stressed. Wombat selfies have become such a trend that authorities on Maria island have asked tourists to stop the practice[1]. Although not a dangerous Australian animal, they should be left alone when witnessed in the wild.

Taxonomic classification of the wombat

As with all animals, wombats have been ordered taxonomically into different categories which help us to relate them to other species. These categories are:

How many species of wombat are there?

Within the two wombat genera, we can see there are three species of wombat to be found:

Characteristics of the wombat

Although there three extant species of wombat, all share certain characteristics:

As we have seen, there are three species of wombat, each with its own peculiarities, despite having the aforementioned common characteristics. Here we look at the differences which mark out each wombat species:

Their fur can be of various shades between gray and black. It sometimes presents with gray or beige-colored patches. Unlike the other types of wombats, it does not have hair on the rhinarium (area around the nostrils). It is also distinguished by its smaller, hairier ears. They tend to be smaller than the other species, but there are exceptions.

Individuals of this type inhabit Tasmania and other areas.

The distinctive feature of the southern wombat is that its nasal bone is longer than the frontal bone. Their hair is silky in texture and the color ranges from gray to tan. The rhinarium is covered in smooth white fur and the snout is longer and more square than that of the common wombat.

The fur of this species is silky and brown in color. It tends to be heavier than the previous species. Its rinary is also covered in hair and has a wider muzzle than other types of wombat.

Where do different types of wombats live?

The three types of wombat are endemic animals native to Australia. However, each wombat species inhabits a specific area:

A common aspect of all three types of wombats is their agility in building complex systems of burrows which they inhabit. The common wombat and northern wombat tend to live more solitary lives. The southern wombat is more likely to form colonies, although they are territorial with their space. Their burrows are usually a connected network through which they move very easily.

What does wombat eat?

The three types of wombats are strictly herbivorous animals and are both anatomically and physiologically adapted for this kind of diet. They have a large digestive tract to process the plants they consume, as well as appropriate stomach acids and bacteria which can ferment their food.

Each species of wombat has some dietary differences:

Reproduction of the wombat

Because studying in their natural habitat is not always easy, some aspects of wombat reproduction are unknown. They are animals that do not develop well in captivity, which also limits our knowledge on this subject. Despite these factors, we do know something about wombat reproduction:

In the case of the common wombat, the male pursues the female during the reproductive season. At first, the female runs at a certain speed, but then slows down to allow herself to be reached. Once this happens, the male bites her tail and they both put their bodies together to start the chase again. This ritual lasts approximately 30 minutes.

It is estimated that the species has polygynous behavior. The reproductive process generally occurs every two years. Although there is a higher concentration of births in summer, they birthing can happen any time of year. After 27 or 31 days, a very small baby wombat is born, which will continue its growth in the mother's marsupial pouch. Weaning occurs around one year of life and both males and females sexually mature at two years of age.

Reproduction of the southern wombat is related to the rainy season, due to their being a greater abundance of grasses on which this wombat species feeds. They stop reproducing when food is scarce, meaning they will not likely mate during the dry season.

Males become aggressive during mating season, often biting each other. In addition, they establish hierarchical relationships at that time. Males chase females, the former usually emitting a squeak during the chase. The latter generally give birth between the months of September and December.

The gestation period of southern hairy-nosed wombats is around 21 days. After this time, a joey will be born that will remain in the marsupial pouch until 6 to 8 months of age. Although they can start weaning after this time, it is not uncommon for them to breastfeed for up to 15 months. This type of wombat is sexually mature at 3 years of age.

As for the northern wombat, it has only one reproductive season per year, occurring between spring and summer. It is estimated that the rains mark the beginning of the reproductive period of the species, likely due to the greater availability of food.

They are animals that have only one offspring, remaining in the mother's marsupial bag for up to 6 months. However, the baby northern hairy-nosed wombat will be breastfed until 8 or 9 months of age.

Curiosities of the wombat

Although it might be unpleasant to consider for some, one of the most intriguing curiosities about the wombat is how they produce their dung. Wombat feces is cube or cuboid shaped. Due to their herbivorous diet, it tends to be quite dry, so it remains in this shape when found as droppings. While the reason for this has baffled researchers for years, a recent study proposes the answer is due to an area at the end of the colon which is more rigid than the rest of the intestines and appears to form this shape.

The pouch on a wombat is located on the female's belly, as with all marsupials. However, theirs is facing rearward. The reason for this is so that dirt does not collect in it when they are digging in the earth. Wombats have a very slow metabolism. Although they tend to move slowly in general, they can run at speed if they sense danger.

Finally, wombats do not well-tolerate sudden changes in temperature. This is why they usually sleep or spend many hours of the day in their burrow, where they can enjoy more favorable temperatures.

Conservation status of the types of wombats

According to the International Union for Conservation of Nature, the different types of wombat have different conservation statuses. The common wombat is listed as being of ‘Least Concern’ and has a stable population. In general, it is located in protected areas, with the exception of the Victoria area where it is considered a pest. This is due to it causing damage to fencing by gnawing with their powerful teeth.

The northern hairy-nosed wombat is classified as being ‘critically endangered’ due to a drastic population decline. Their distribution is now severely restricted. The cause of their population decline is due to the alteration of their habitat since the introduction of livestock. However, various actions are being enacted to ensure the conservation and recovery of the species.

Finally, the southern hairy-nosed wombat falls into the ‘near-threatened’ category. The pressures are linked to the modification of the habitat by agriculture and livestock rearing. Another problem is the introduction of rabbits. Sarcoptic mange disease is also known to generate high mortality in the species. Additionally, it is hunted in some areas because it is considered a pest and extreme droughts have contributed to species decline.

The idea of keeping the wombat as a pet has become widespread due to its cute appearance and general interest. However, all wombats are wild animals. Despite having a longer life expectancy in captivity, they are not domestic animals and they find it difficult to adapt to living outside their natural habitat. Not only do they often cease to reproduce, but restricting their habitat size gives them a poorer quality of life.

For related information on another wild Australian mammal species, take a look at our article on keeping dingoes as pets.

If you want to read similar articles to Different Types of Wombats, we recommend you visit our Facts about the animal kingdom category.

1. Daley, J. (2019). You Can Visit This Australian Island, but Only if You Pledge to Skip the Wombat Selfie. Retrieved from: https://www.smithsonianmag.com/smart-news/aussie-park-visitors-pledge-not-squeeze-wombats-180971290/ 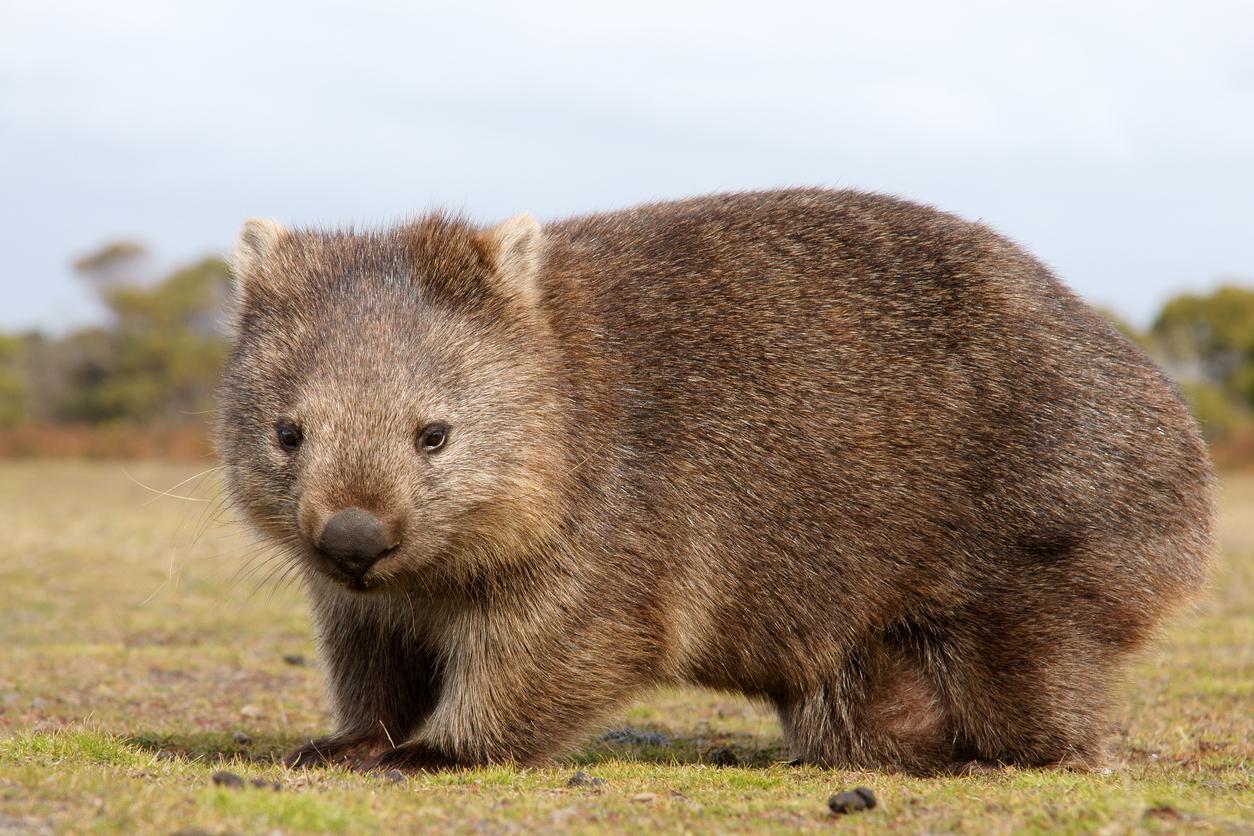 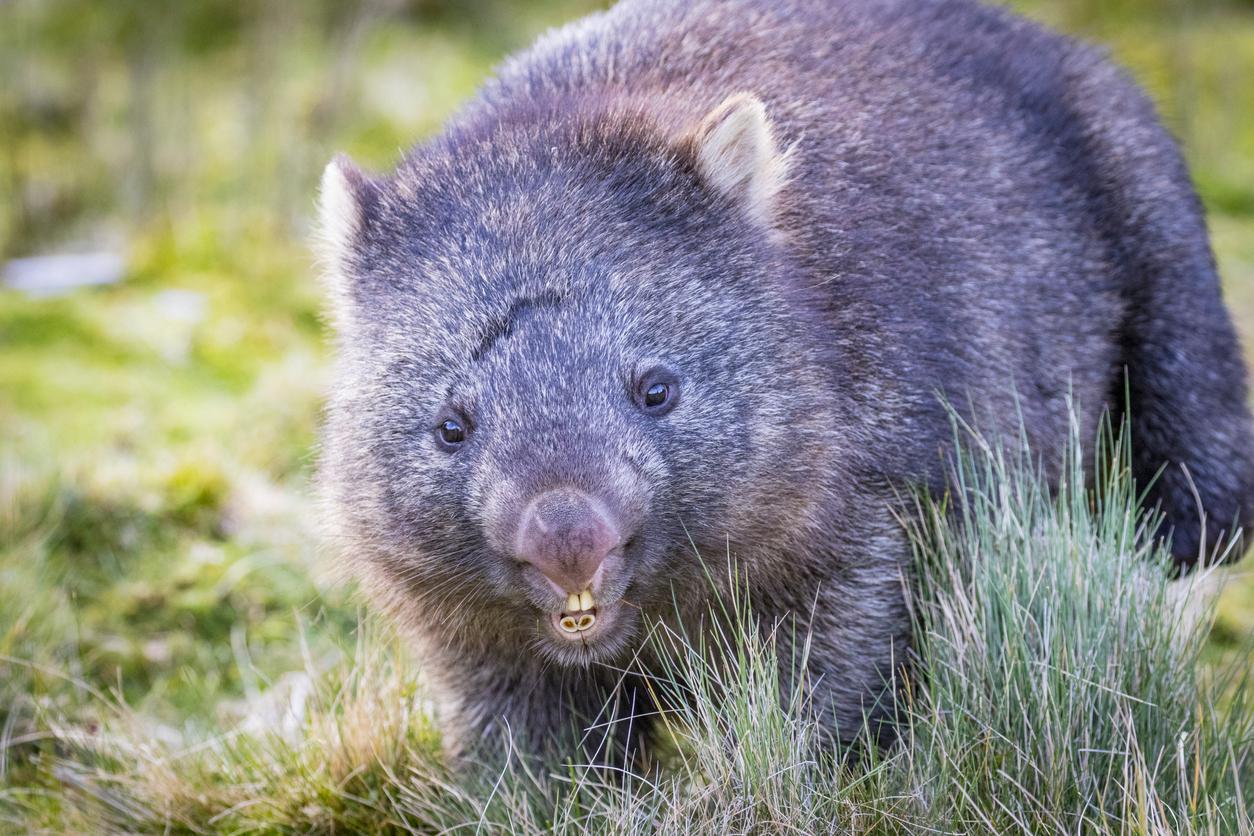 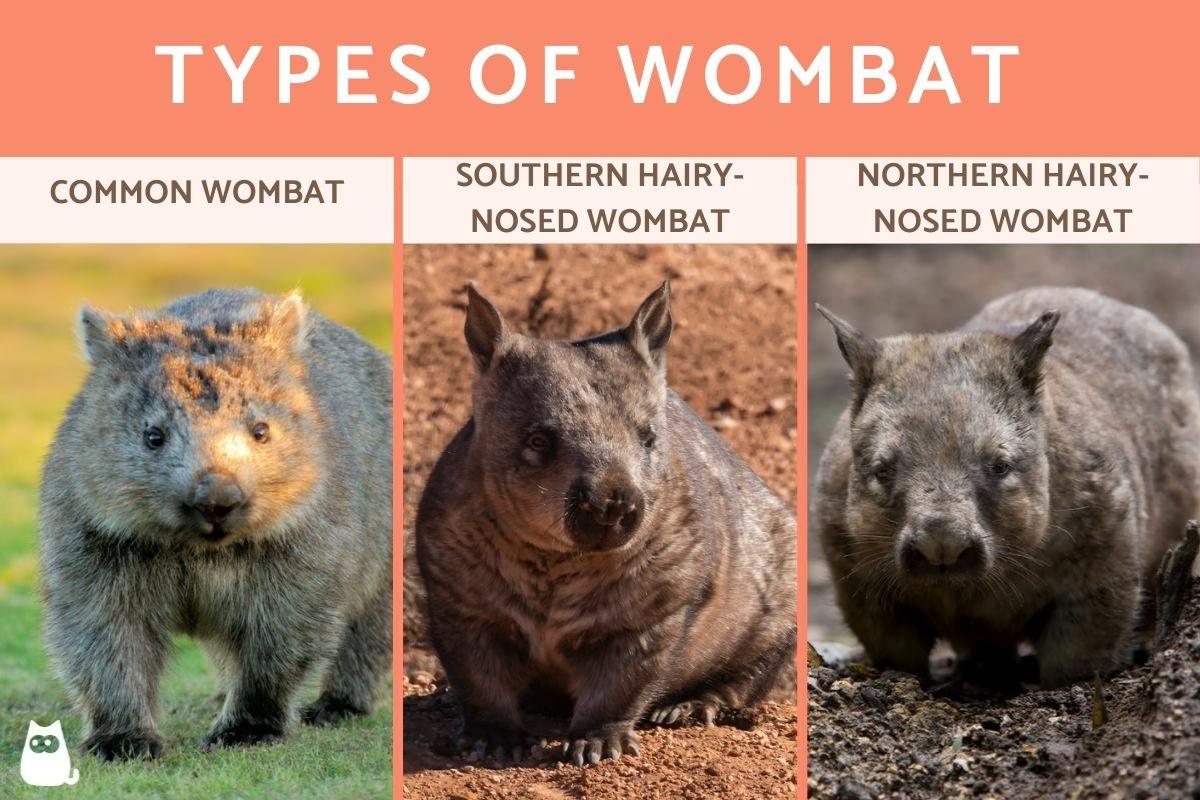 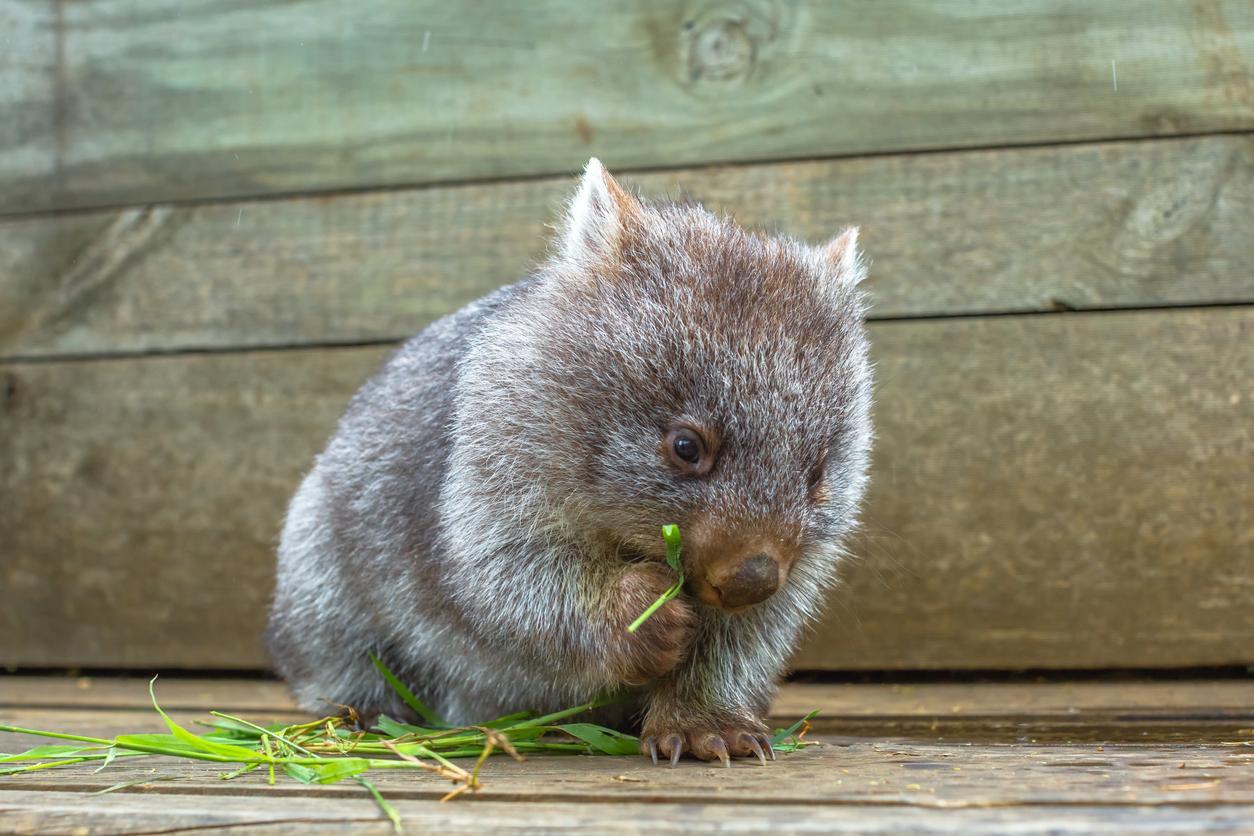 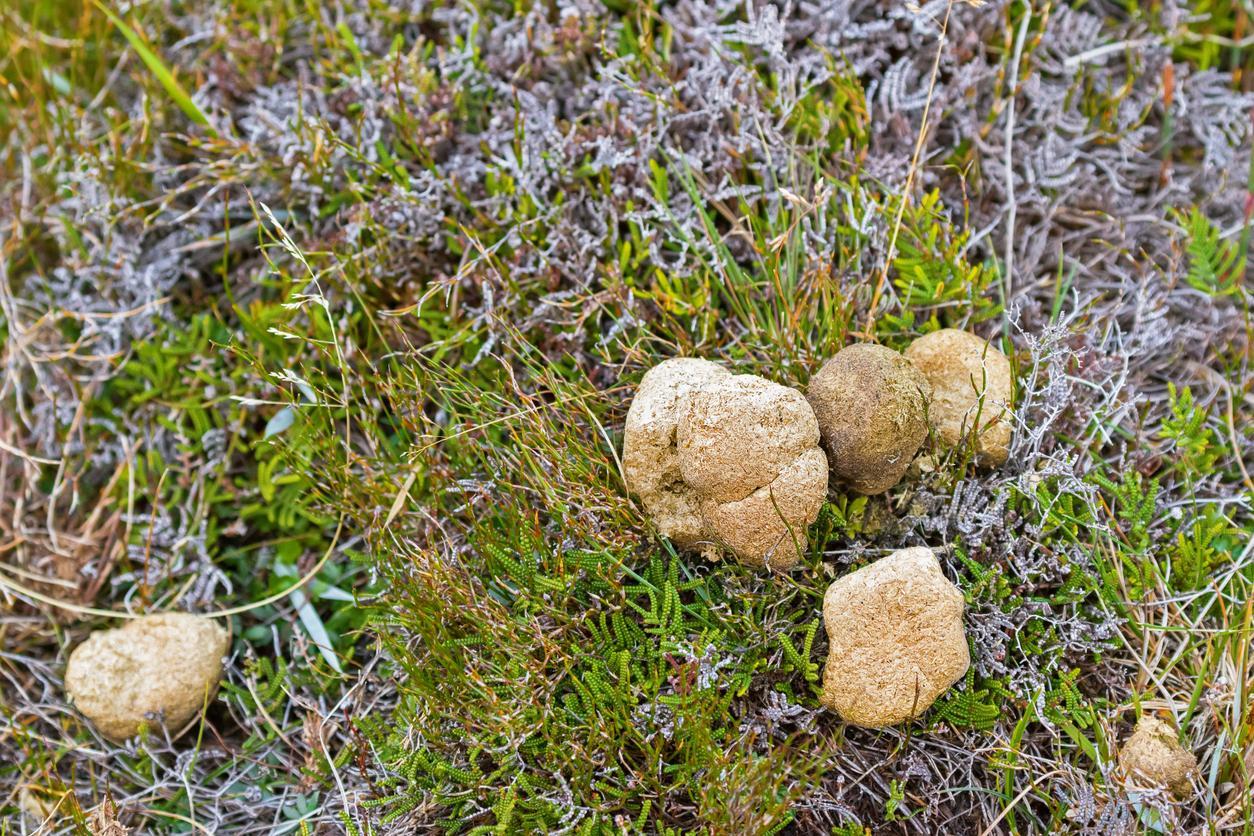 1 of 5
Different Types of Wombats
Back to top