By Ana Diaz Maqueda, Biologist specialized in ethology. Updated: May 19, 2019

Australia, as you probably already know, is rich with incredible fauna. From the famous Kangaroo to dingoes to freshwater crocodiles, Australia’s animal world is incredibly diverse! Did you know that many Australian animals, having evolved in an environment devoid of predators, are extremely confident despite lacking the means to avoid predation? This is just one of the many interesting Australian animal facts listed below.

For more about the wonderful world of Australia's animals, keep reading here at AnimalWised and discover our list of over 25 Australian animals and pictures.

You may also be interested in: Top 13 Australian Dog Breeds - With Pictures
Contents

The giant cuttlefish (Sepia apama) is a mollusc which belongs to the class Cephalopoda and is the largest cuttlefish in the world. The giant Australian cuttlefish can camouflage itself, able to change its skin’s color to mimick its environment thereby confusing its predators.

The giant cuttlefish is endemic to the coastal waters of southern Australia, found within the water of Moreton Bay on the east coast to Ningaloo reef, on the west coast. Its reproductive period lasts from April to September, in which they perform a mass spawning (egg release) in the Spencer Gulf, where thousands of giant cuttlefish congregate every year.

The Australian spotted mackerel (Scomberomorus queenslandicus) is a fish of the Scombridae family. It can be found in the tropical and subtropical waters of northern Australia (Shark bay to Sydney) and southern Papua New Guinea.

This Australian spotted mackerel is blue-green in color (on its back), with silver sides and three rows of bronze spots. Females spotted mackerels are bigger than males. Their breeding season takes place between the months of October and January and spawning occurs in Queensland waters.

This Australian fish is not a commercial species but is unfortunately still under threat. But why? This is because they are often accidentally caught by commercial fishermen.

The Australian humpback dolphin, scientifically named Sousa Sahulersis, is derived from the Sahul Shelf, an underwater platform located between northern Australia and southern New Guinea, where Australian dolphins are found. Its common name, humpback, characterizes its elongated dorsal fin which simulates a hump. This hump accumulates fatty tissue with age.

Both male and female Australian humpback dolphins grow to about 2.7 meters in size and reach sexual maturity between 10 and 13 years. These long-lived animals can live up to 40 years. They are born with grayish skin which becomes more silver with age, specifically noticeable on the dorsal fin and forehead.

The Australian humpback dolphin is unfortunately increasingly susceptible to pollution. Because they live near over- polluted coasts and rivers, the presence of this species is noticeably in decline. They are currently listed as vulnerable, according to the Nature Conservation Act, 1992[1].

There are approximately eight pelican species in the world, all very similar in appearance. The most obvious characteristic feature of these animals is their elongated beak and its accompanying beak pouch. The Australian pelican (Pelecanus conspicillatus) measures between 40 and 50 centimeters, males growing larger than females. Its wingspan can be measured between 2.3 to 2.5 meters.

This native Australian animal can be found throughout Australia, Papua New Guinea and southern Indonesia. In spite of its corpulent and heavy aspect, the pelican is a great flier. In the case that it catches a draft, it can remain in the air for up to 24 hours. This Australian animal is capable of rising over 1,000 meters in altitude.

Reproduction of the Australian pelican depends on its environmental conditions, especially when it comes to rain. Pelicans breed in colonies of more than 40,000 individuals, grouped on islands or coasts. They can live between 10 and 25 years.

The Australasian shoveler (Anas rhynchotis) is a dabbling such species distributed throughout Australia. You can find concentrated populations in the east of Australia and Tasmania.

Australasian shovelers are brown, with light green feathers. There is a noticeable sexual dimorphism within this species. The males have a blue-gray head with a visible white line on the face in front of their yellow eyes. Male Australasian shovelers have an elongated spoon-shaped beak, composed on the inside by combs, with which they filter mud to trap their food. Females, however, carry an all brown plumage with brown eyes.

The Australasian shoveler is currently protected under the National Park and Wildlife Act of 1974.

The Australian brushturkey (Alectura lathami) can be found throughout the east of Australia, from Cape York Peninsula, Queensland, to the south, to the northern suburbs of Sydney and the Illawarra region in New South Wales. Known also as ‘gweela’ this bush turkey species live in tropical or humid forests.

This bird is distinguishable by its black plumage, red featherless head and yellow wattle. Although it resembles a turkey, it the Australian bushturkey actually belong to the megapode family.

Gweelas search for their food by foraging the ground and digging with their legs. Their diet is made up predominantly of insects, seeds and fruits. Unlike most birds, the Australian bushturkey does not incubate its eggs. Instead, it buries them under a mound of decaying vegetation that, through generated heat by organic matter reaction, the eggs remain at perfect temperature. Because of this, the Australian bushturkey is considered one of the most interesting Australian animals in the world.

Male Australian king parrots are identifiable by their fully covered red heads, while the females are green in color. The rest of the body for both males and females are the same, a red belly and green back. These frugivorous Australian animals live in couples or family groups and nest in tree hollows.

For more, you may enjoy our article where we list 10 exotic birds of the Amazon rainforest.

The central rock rat (Zyzomys pedunculatus) is one of the rarest Australian animals. Also refereed to as the central thick-tailed rock-rat, this rodent is currently in danger of extinction, mainly due to the destruction of its habitat and the predation by domestic cats.

It is a medium sized rodent with a weight of between 70-120 grams. Its light brown coat is thick, contrasting its white belly. This rodent carries a very thick tail, no longer than the length from its nose to the base of its tail.

The central rock rat is a granivorous animals, consuming seeds, especially in times of heat. During the winter they may also feed on insects.

The tiger snake (Notechis scutatus) is one of the most poisonous animals in the world, making it one of the most dangerous Australian animals. This species is widespread, as well as disseminated throughout southern Australia.

Tiger snakes live in areas near the water, such as riverside forests, marshes or water courses. They can also be found in drier areas, such as pastures or rocky areas. When they live in the latter, they live nocturnally to avoid the heat. When they live near water, they are diurnal.

In general, tiger snakes feed on a great variety of small mammals, amphibians, birds and even fish. Tiger snake reproduction occurs from December to April. This Australian serpent is a viviparous species that can have between 17 and 109 pups, although it reproduces infrequently.

For more, we recommend taking a look at our article where we list the most dangerous animals in Australia.

The nocturnal mountain pygmy possum is the only Australian mammal species that live in alpine environments and periglacial rocky fields. Its diet is predominantly made up of a moth species (Agrotis infusa) and some other insects, seeds and fruits. When autumn ends, Mountain pygmy possums go into hibernation for 5 to 7 months.

Here is our list of the most common Australian animals:

Are you wondering which are the rarest Australian animals? Don’t be surprised if it’s the first time you hear about some of these:

If you want to read similar articles to Native Australian Animals List And Pictures, we recommend you visit our Facts about the animal kingdom category. 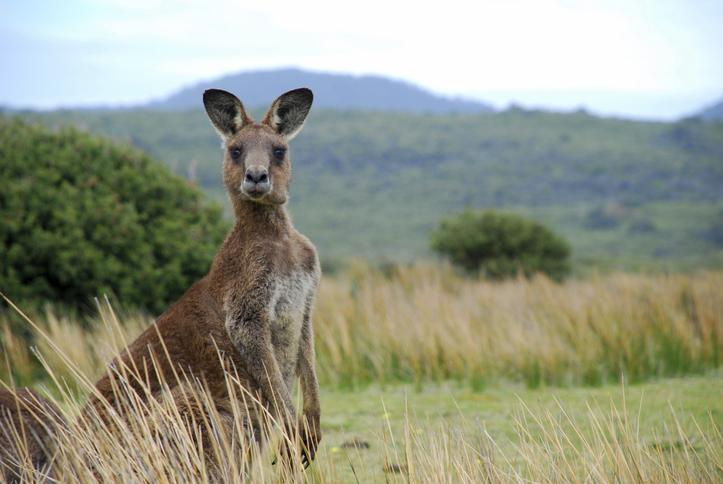 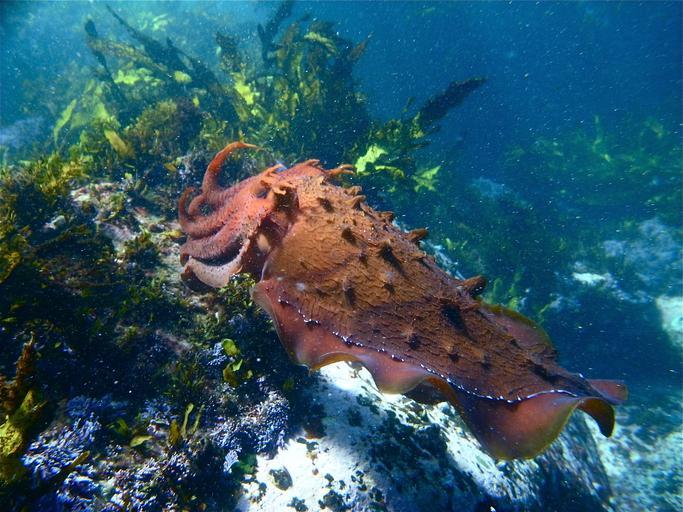 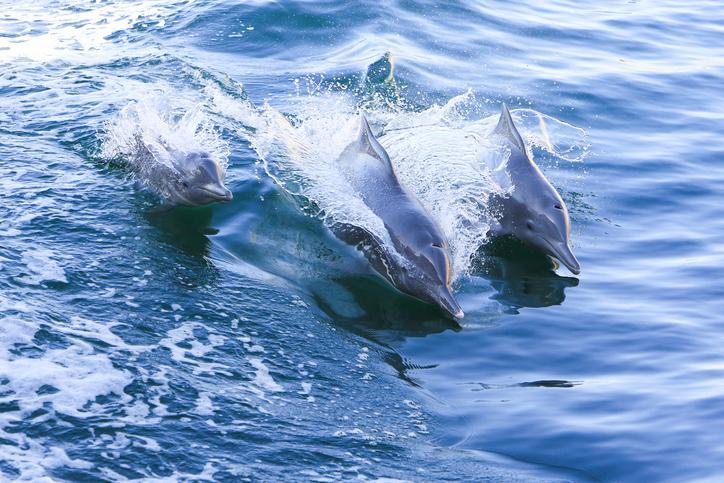 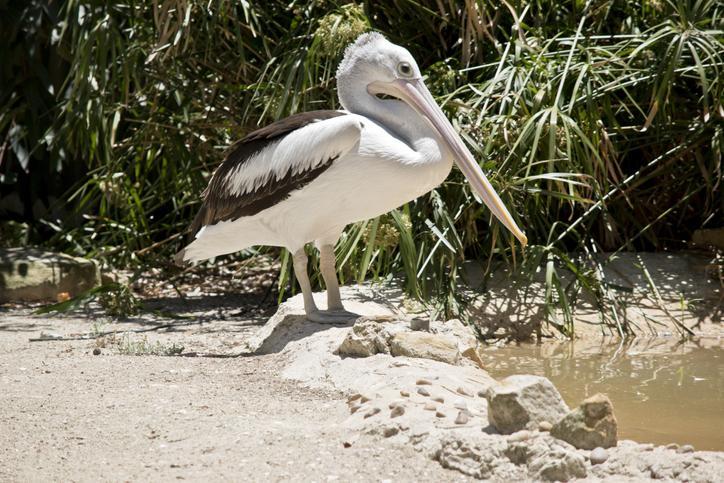 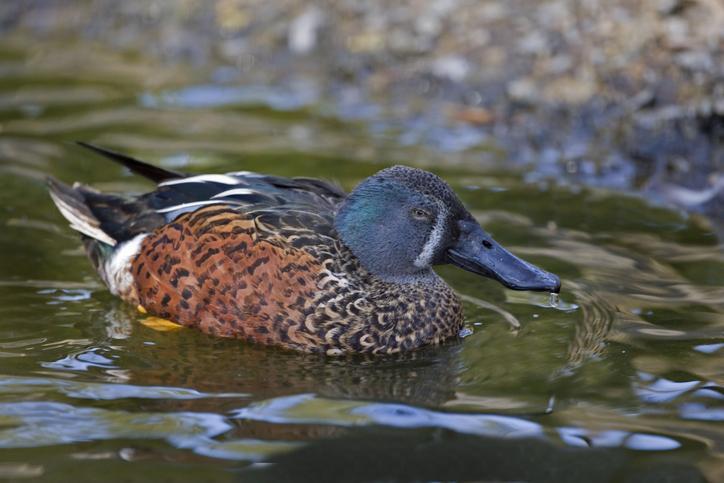 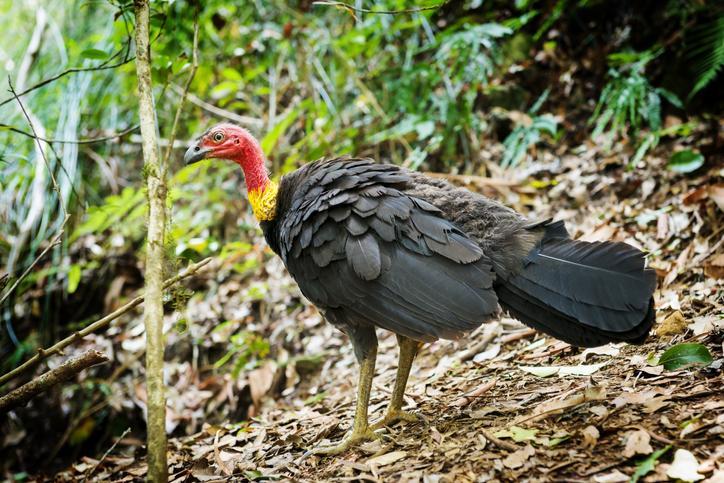 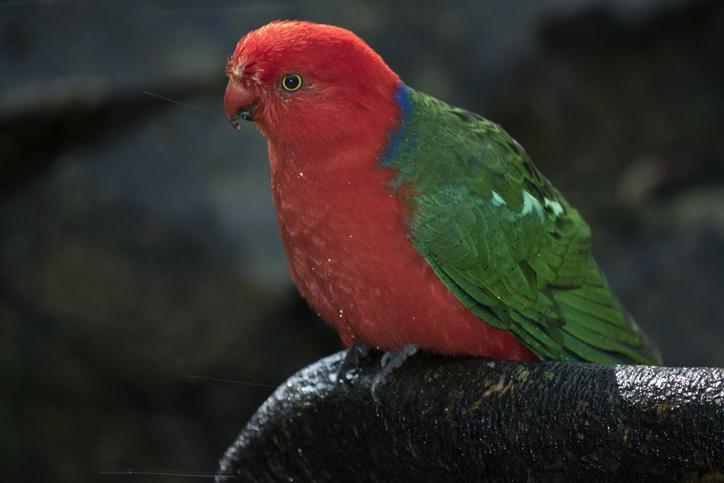 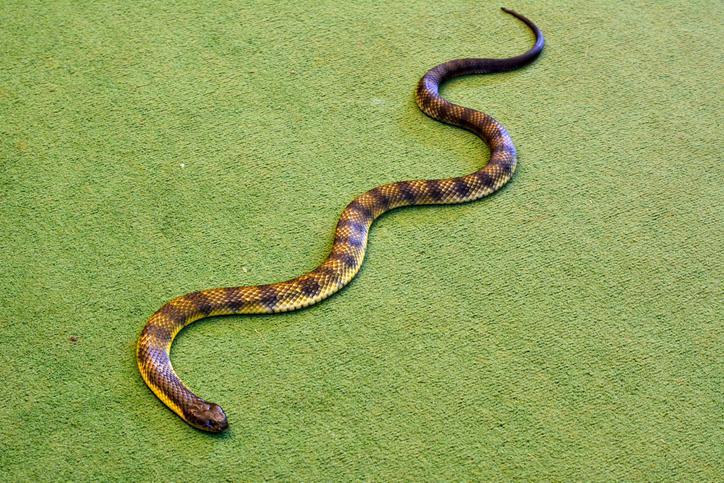 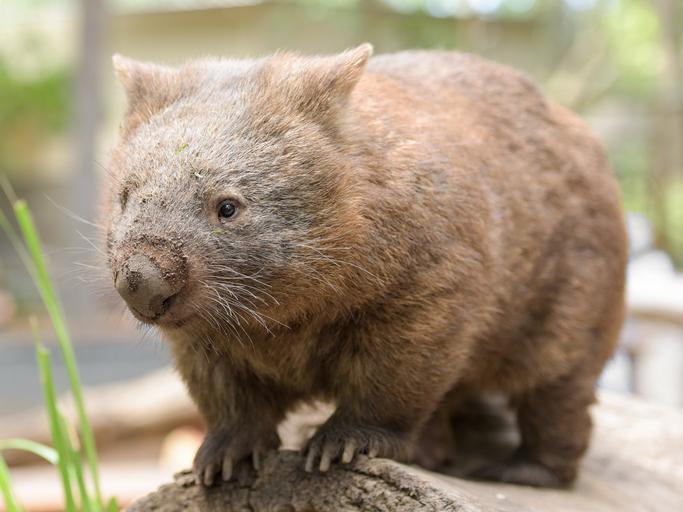 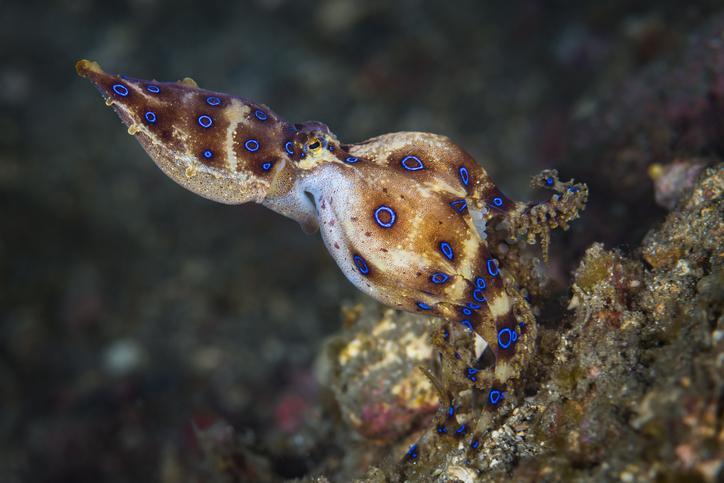