Do All Turtles Hibernate?

Dormancy is more than just sleeping. It is a period when and organism slows down its physical activity until it has essentially stopped. It can even seem like some animals are not alive since their metabolism is almost stopped and it can look as if they are not respiring. The reason for this is so that the animal can conserve energy in climates which don't allow individuals to thrive and which cause food resources to become scarce.

Turtles are one of the few animals which have almost become synonymous with hibernation. When keeping turtles as pets, we need to know that a large chunk out of the year might be spent without any interaction. But, do all turtles hibernate? AnimalWised sheds light on the subject and reveals the surprising answer.

You may also be interested in: My Turtle Isn't Moving - Why and What to Do
Contents

When we ask whether all turtles hibernate, there is the implication that at least some turtles do so. The truth is that no turtles hibernate, not even some. Hibernation is a type of dormancy which is carried out only by endotherms, i.e. an animal which thermoregulates by their metabolism. These are loosely defined as warm-blooded animals.

All turtles are ectotherm reptiles, often referred to as cold-blooded. This means they regulate their body temperature largely via external sources, mainly the sun when in nature. Ectotherms can go into a period of dormancy, but it is known as brumation, not hibernation. The process is very similar and many people simply refer to reptile dormancy as hibernation instead of the technically correct term brumation. Regardless, the term hibernation is often used interchangeably with the behaviors being very similar despite the metabolic differences.

Brumation and hibernation are natural processes during which the animal minimizes the functionality of their organs. This means their heart and respiratory rates drop to near undetectable levels. They also stop eating, drinking and excreting.

All turtles which do hibernate do so according to outside temperature. This is why only species native to cold climates will brumate during winter months. This usually occurs when temperature drop below 10 ºC. During this state of dormancy, the turtles survive by feeding off of their own fat reserves. They can consume up to 1% of their total body weight each month of hibernation.

If you are still unsure why turtles hibernate, we can make it plain. Turtles struggle to survive very cold temperatures where resources are scarce, so hibernation allows them a way to stay alive on an extremely low metabolic rate. Feeding during the summer months allows them to store up fat reserves and make this feasible. An additional reason is because it helps to ensure proliferation of the species via reproduction. It sexually stimulates the males and synchronizes ovulation of the females.

Do all turtles hibernate?

No, not all turtles hibernate or achieve dormancy. If you are adopting a turtle as a pet, it is vital you learn their species beforehand. Only then will you know whether or not they brumate during the winter. Turtles under the age of 3 generally do not hibernate, depending on the species. Some painted baby turtles in the wild take part in a process known as overwintering. This is where the hatchlings survive off the fat reserves with which they are born. They can survive so well that they will still live even when more than half of their internal body water freezes[1].

Sick turtles should also not hibernate. If you see your turtle has damage to their shell, irritated eyes or they are under their ideal weight, it is best not to brumate. Take them to a specialized veterinarian so they can advise further.

The following are some of the turtle species which are known for hibernating:

A tortoise is a type of turtle which lives on land, the majority of which are herbivorous. Some land turtles are not considered tortoises, however. Essentially, all tortoises are turtles, but not all turtles are tortoises. Other turtles live partly on land and partly in water. Some freshwater turtles hibernate, but no sea turtles do.

What to do when turtles hibernate?

If you have a pet turtle which hibernates in the wild, you will need to bear in mind the following information:

You must feed the turtle very well during the summer. It is recommended that 6 weeks before hibernation is due to begin, you increase food with carbohydrates and vitamins in your turtle's diet. You can offer sprouts such as alfalfa, fruits such as figs, melon or apples and vegetables like pumpkin and carrots. When the time for hibernation approaches, about 2 or 3 weeks before you will need to slowly reduce their food intake. This will help the turtles to begin fasting as well as empty all their bowels to reduce the chances of getting sick during dormancy.

Although you will reduce food intake, you should have plenty of water available. The turtles will be able to reabsorb the water through their bladder without losing it to urine excretion.

This may sound obvious, but it is very important that turtles only hibernate during the cold winter months, not during summer. When they hibernate they are protecting themselves against cold temperatures, not warm ones. They will not hibernate in summer due to the heat and if you leave them without resources during this time, they are unlikely to survive.

In the case of terrestrial species (land turtles) which hibernate, it is important they have an area of moist loose soil where they can dig. If you are going to let a turtle hibernate in the home, a small box with some wet soil should be enough to create an ideal environment. The exact conditions, however, will be particular to the species and should mimic their habitat in the wild. This includes the ambient temperature, so you cannot keep them somewhere warm.

If you detect signs of dehydration such as dry skin, sunken eyes or weight loss, you should let your turtle soak in some water for 2 hours. The temperature of this water should never exceed 24 ºC. If the turtle is hibernating outside, they may wake up on warmer days. When this happens, given them some fresh water to drink, but never any food. Giving them food can create conditions whereby they get sick.

After the hibernation period, how do you wake the turtle?

When the hibernation period ends, you must wake the turtle by exposing it to the sun. This way, they will re-synthesize vitamin D and balance its calcium metabolism. You should also rehydrate them by giving them fresh water. They will not only have dehydrated during hibernation, but they will also need to reactivate their urinary system. It is advisable to offer food such as tomato or cucumber, as they are rich in water and will help your pet rehydrate and reactivate the digestive system.

Do turtles hibernate inside or outside the shell?

As we state above, the turtles bury themselves during the hibernation process. When they do this, they will hide in their shell. However, do not worry if they wake up and move, it is natural they leave their shell when the temperature rises a little. This is especially if they hibernate outside where it is not possible to control the weather.

Remember that hibernation is a natural process in some species. Our involvement is only a way to help support them through this process and ensure their quality of life.

What if he is not going to hibernate?

All turtles under three years old or sick should not hibernate. Instead, you will need to keep a terrarium to emulate the natural conditions of a summer climate. Prepare a space with artificial light which should be on for a minimum of 15 hours a day. Feed the turtle as per usual.

When hibernation is essential to the ovulation process, other factors such as humidity, temperature and a mate will play an important role. You can control these factors by keeping them in a terrarium, but again this will depend on the specific turtle species.

If you want to read similar articles to Do All Turtles Hibernate?, we recommend you visit our Extra care category.

Nutritional Properties of Cuttlebone for Pets
My Rabbit Died - What Do I Do with the Body?
What NOT To Do To Your Dog
Things Cats Hate That Humans Do
Related categories
GestationEye careFur careBasic careDental hygieneNail care
Most read
1.
When Does a Dog Go Into Heat After Having Puppies?
2.
Third Eyelid Showing in Cats - Causes and Treatment
3.
Can You Touch Newborn Puppies?
4.
Why Is My Pregnant Dog Not Eating?
5.
Dog Pregnancy - Week by Week
6.
10 Hypoallergenic Cat Breeds for Allergic Families
7.
Why Has My Cat Only Had One Kitten?
8.
How to Control a Male Dog Around a Female in Heat
Caring for Abandoned Kittens
Massages for your Dog's Ears
How to Help a Kitten Get to Sleep
Can Pregnant Women Be Around Cats?
Where to Pet a Dog to Relax Them
Why You Should Never Trance a Rabbit
Adopting a Blind Cat
Pet Care Apps for Dogs and Cats - Uses and Benefits

Do All Turtles Hibernate? 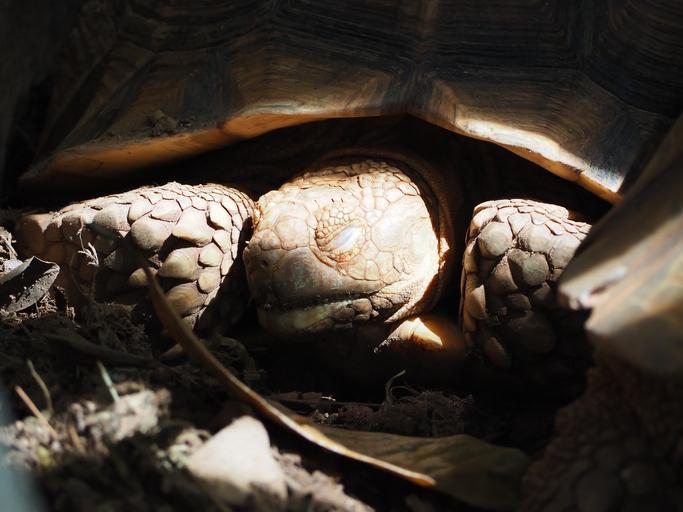 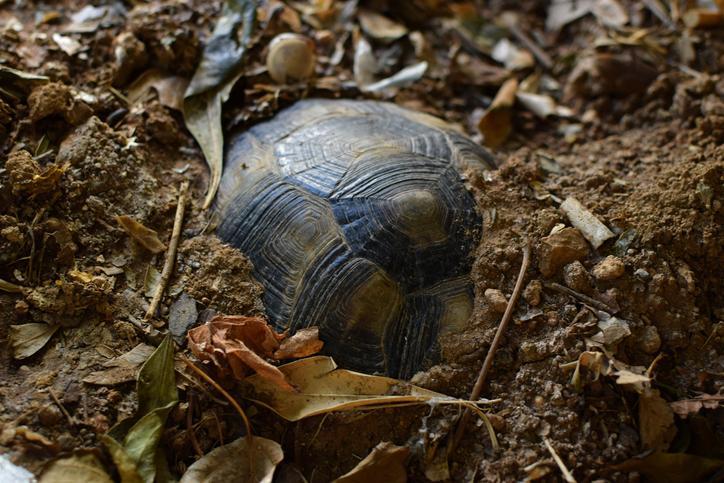 1 of 3
Do All Turtles Hibernate?
Back to top