Chinchillas are known for being very docile animals. So, it may surprise certain caregivers when their chinchilla suddenly bites them or someone else. There are a number of reasons as to why chinchillas bite or nibble.

In this AnimalWised article we're going to talk about if chinchillas bite, the causes and solutions, difference between a bite and a nibble, and more. Continue reading to learn more!

You may also be interested in: Caring for Chinchillas
Contents

Yes, like any other rodent, chinchillas do bite in certain circumstances. As chinchillas are quite passive animals, this may surprise you. However, chinchillas need to be able to defend themselves form predators in the wild.

One of their tactics for escaping a dangerous situation is biting as hard as they can so they can escape as quickly as possible. Another tactic used by chinchillas to escape is shedding their fur when a predator catches them. This way, the predator's mouth is full of chinchilla fur and they can try to slip out and quickly escape.

Now that we know that chinchillas can bite as a defence mechanism, let's take a look at the reasons as to why your pet chinchilla may bite you or someone else.

Why do chinchillas bite?

Chinchillas bite when they are feeling in danger and cannot escape the situation. In the wild this will be when a predator catches them. But a domestic chinchilla can feel the same anxiety when they are being over-handled or forced to interact with a stranger. It may also be because they were left in a small cage for long hours and may begin to feel anxious.

To further understand why a chinchilla will resort to this aggressive behavior, first we must understand their natural behavior in the wild. Chinchillas are prey animals, meaning that they are killed by predators for food. A chinchilla will always try to escape a dangerous situation by running away.

Their strong hind legs, small bodies and great hearing senses help them escape difficult situations and outrun their predators. They will often run and hide as they're also good at camouflaging into their natural environment in the wild. However, when this fails, they will need to resort to other measures.

This is when a chinchilla will bite as hard as they can in order to get the predator to let go of them. Their fur will help them out by releasing a lot of hair in order for them to slip out of a predator's mouth and run to safety. It is then no surprise that if our chinchilla isn't used to being handled, they may experience anxiety when we grab them and left them into the air like a predator in the wild might do.

Chinchillas need time to get used to a new person in their lives. As they are prey animals in the wild, their first instinct is to escape from loud noises or large animals. We need to be patient when adopting a chinchilla so they can see that they are safe with us and we are not a threat.

We also need to keep in mind that these animals are very different to us and need different things. To start with, they are crepuscular animals, meaning that they are mostly active at night. They are also herbivorous, meaning that their diet is based on fruits and vegetables. In the wild, they sleep in burrows during the day. These are things we need to provide chinchillas when domesticating them.

Domestic chinchillas need to have a big enough cage to not feel anxious or trapped. They will also need time outside of their cage to run around, play and get some daily exercise. This way, you'll help them feel free and safe, providing them with all their basic needs. Learn more in our article about caring for a chinchilla.

Chinchillas can become aggressive towards their caregiver or cage mate. Remember that it's recommended to keep your chinchillas in separate cages so they can feel more relaxed and safe in their burrows. Aggressive behavior includes:

If your chinchilla is suddenly being aggressive towards you, it's probably due to lack of exercise or/and a small cage. Try giving them more time outside their cage to play and exercise. Also, opt for a bigger cage they don't feel trapped.

If your chinchilla is being aggressive to their cage mate, simply provide them with their own separate cages as chinchillas don't like to share their cages with other animals.

Biting and nibbling are similar, however, they are not the same. They communicate different things and feel different too. So, let's take a look at the differences between a chinchilla bite and nibble.

A chinchilla bite may leave a small mark as chinchillas have long and sharp teeth, similar to other rodents. You may feel more shock than pain when a chinchilla bites you. Nevertheless, it is said to be a painful bite.

If a chinchilla has bit you, it's best to treat it as you would with any other small wound. Clean the wound and put a bandage on it. It's always a good idea to go see your doctor for further guidance.

What does it mean when a chinchilla bites you? They are feeling anxious (they lack exercise or need a larger cage) or threatened (they were put in an uncomfortable situation and wanted to escape).

A chinchilla nibble doesn't normally hurt. However, due to them having long and sharp teeth, they may not notice how hard their nibbling is. This is why chinchillas aren't recommended as a pet for children.

If a chinchilla nibbles you, they are usually being playful or asking for a treat (if they smell a treat on you). Chinchillas may squeal or nibble you when they're being handled and wish to be put down. Remember that it isn't normal for chinchillas to be lifted into the air, this may stress them.

Try to allow them to come to you and climb surfaces instead of you lifting them up as a predator may do. We should also keep in mind that chinchillas don't like being handled as much as other domesticated rodents. Learn more about chinchillas in our article about if chinchillas are a good pet.

How to stop chinchillas from biting

It's always a good idea to take them to the veterinarian for a check-up if this behavior continues as it could be due to a health problem. You can also watch this Youtube video by Cassie, where she talks about chinchilla bites. 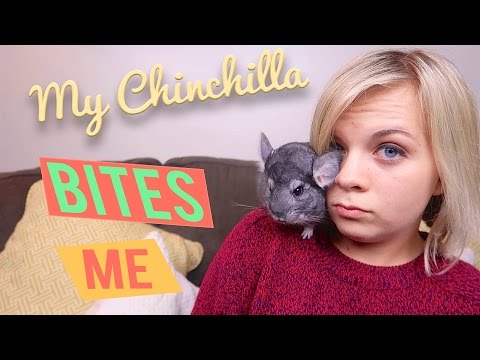 If you want to read similar articles to Do Chinchillas Bite?, we recommend you visit our Basic care category.

Do Cats Have Belly Buttons?
What Do I Do With My Cat If I Go On Vacation?
Do Rabbits Drink Water?
When Do Chihuahuas Stop Growing?
Related categories
GestationHeatEye careEar careDental hygieneExtra care
Most read
1.
When Does a Dog Go Into Heat After Having Puppies?
2.
Third Eyelid Showing in Cats - Causes and Treatment
3.
Can You Touch Newborn Puppies?
4.
Why Is My Pregnant Dog Not Eating?
5.
Dog Pregnancy - Week by Week
6.
How to Control a Male Dog Around a Female in Heat
7.
10 Hypoallergenic Cat Breeds for Allergic Families
8.
Why Has My Cat Only Had One Kitten?
What Do Fruit Bats Eat
How Often do Dogs Need Baths?
What to Do with a Feral Cat Colony
What to Do if Your Dog Hates You
Do Dogs Feel the Cold in Cold Weather?
At What Age Do Cats Open Their Eyes?
What to Do if you Find a Lost Dog
Where Do Cats Sleep? Kittens, Adult Cats and More! 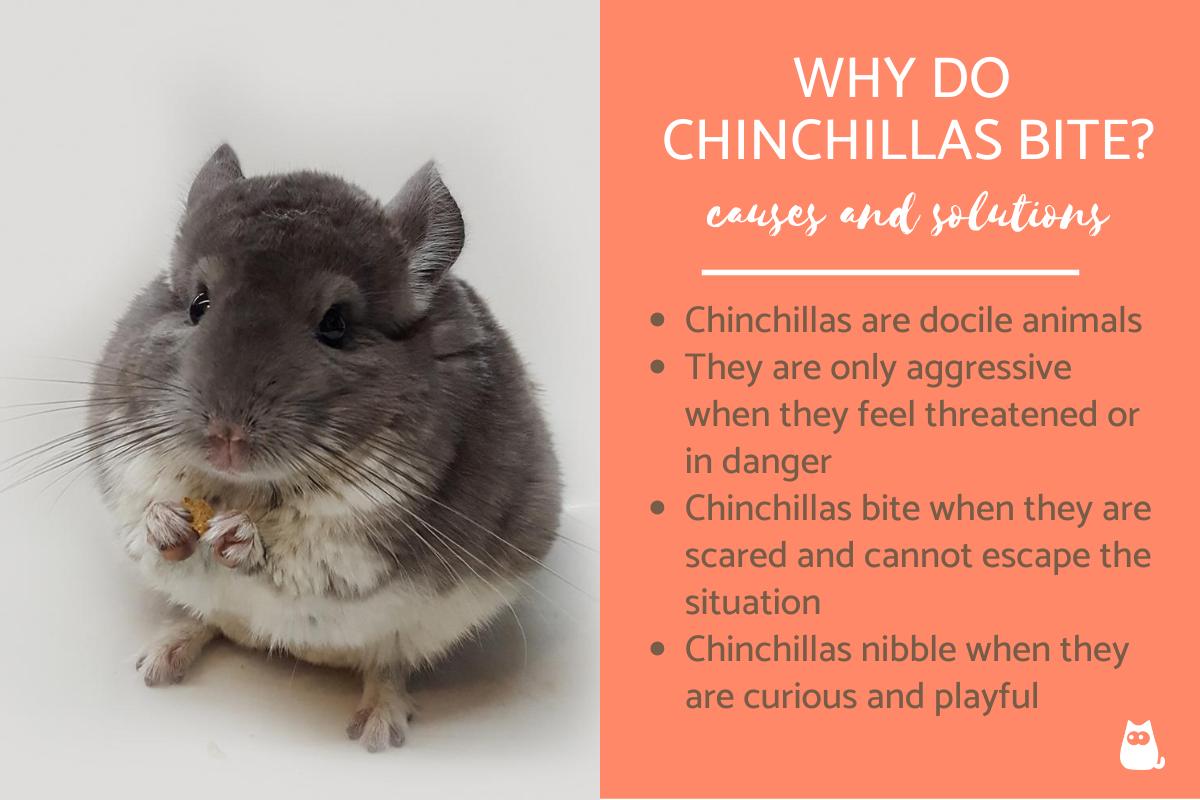 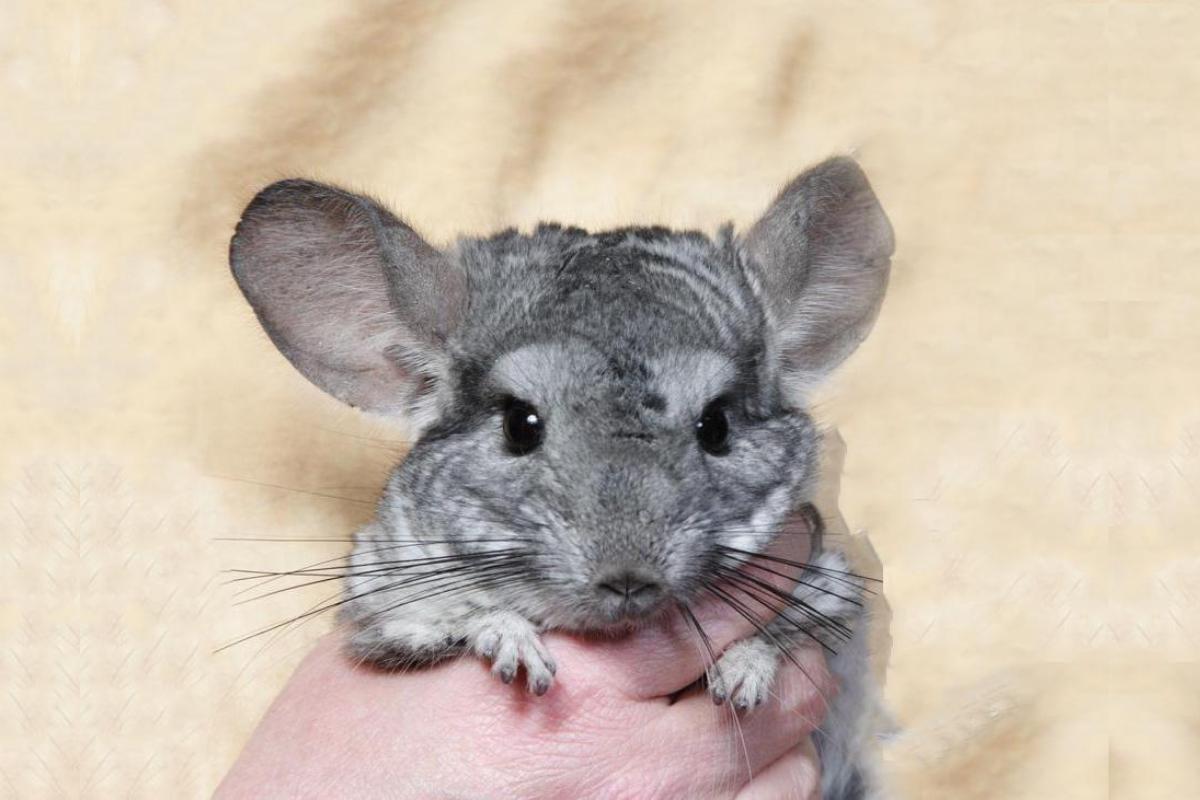 1 of 2
Do Chinchillas Bite?
Back to top