Do Mother Dogs Miss Their Puppies?

It is all too easy to ascribe human traits and characteristics to our dogs. Not only do they become a member of the family, but the love they reciprocate is real and evidenced in their behaviors. We can see a similar love when a mother dog gives birth to her puppies. She will care for them and ensure they survive the most vulnerable period of their lives. This leads us to question what happens if a mother loses her puppies? Do they have similar reaction to humans? What about when the puppies are taken away to be rehomed?

At AnimalWised, we ask do mother dogs miss their puppies? In answering this question we can know a little more about dog behavior and what we can do if a mother loses her puppies for whatever reason.

You may also be interested in: My Dog Won't Feed Her Puppies - Causes and What to Do
Contents

Can a mother dog miss her puppies?

As we stated in the introduction, it is easy to attribute human emotions and responses to dogs. While this can be fun and is often an important part of our interaction, it is essential we understand there is a difference. If we treat a dog as if they were fully human, we negate some of their innate dog instincts which can be harmful to them. A basic example would be to think a dog is disgusting for licking their private areas in public, even though this is important canine behavior.

At the same time, we also need to recognize that dogs are animals capable of emotion. They may not be as complicated (i.e. evolved) as human emotions, but they are still valid and important. Does this mean dogs have an emotional connection to their puppies?

When a mother dog gives birth, she will look after everything they need. She will feed them with her milk, move them to safe spaces and even help them to defecate. They do this naturally and are able to provide due to hormonal changes in their body. Not only do they provide practical support, but they also start to teach them necessary behaviors they will need as an adult dog.

The question this proposes is whether this behavior is because they care or because it is a natural instinct. The answer is that these two things are not that different. We human beings care for our offspring, but our bodies go through similar hormonal changes during birth.

We can say, however, that a dog's emotional response to their offspring is not as complex, although no less wonderful. For example, when a puppy is born with birth defects or is not as strong as their littermates, it is common for the dog mother to kill and eat this puppy. For some this can seem emotionally callous or even morally wrong, but this is why applying human codes of behavior to dogs is wrong. The dog is only doing what is best for her and the litter.

Another important factor is what happens after the newborn puppies are weaned. When the weaning process ends, the mother dog will start to reject her puppies. This is an important part of their development so they can learn to fend for themselves. In the wild, dogs can stay with the original pack in which they were born. However, it is common for males to move to start a new pack of their own. In these cases, it is a natural behavior and isn't likely to cause the mother dog any stress.

With all of this in mind, we can take a look at some of the situations in which a mother dog might miss her puppies. By looking at them more closely, we can understand what they might be feeling.

When puppies die at birth

As we stated above, when a newborn puppy is sick or even stillborn, the mother dog doesn't usually hesitate in killing and eating them. She may show great care for her living puppies, but she is not likely to show much of an emotional response to the deceased puppy.

When an entire litter dies, the situation is much different. After puppies are born, the mother dog's body has different hormone levels which influence how they behave towards their puppies. If her puppies are gone, she will produce milk, but have no offspring to feed. She will have an instinct to care which is not allowed to be exercised. In this case, the mother can become dejected and stressed, something which we can describe as missing her young.

In these cases, it is up to the guardian to provide the right support for the mother dog. You can take a look at our article on how to care for a grieving dog to learn more.

Complications after giving birth to puppies

Unfortunately, not all dogs give birth smoothly. There is always a risk of labor complications which can threaten the health of either the mother or her pups. For this reason, the dog may need to be separated from her puppies.

Postpartum problems in the mother dog

There are occasions where the puppies are healthy, but the mother suffers from a disease. A relatively rare example is when the dog suffers form eclampsia. This causes the dog to become weak and have trouble producing milk. It can even cause seizures. For this reason, the puppies will need to be bottle fed and separated while the mother is treated.

Another example are various infections which can affect a dog postpartum. Removing the puppies means the viral, bacterial or even fungal infection won't affect the already vulnerable newborn puppies. Similar to when the puppies are deceased, the mother will still have instincts to care for her young, causing her to become confused and ‘miss’ them.

When this occurs, we will need to seek veterinary advice. They will treat the problem and let us know when mother and puppies can be reunited.

It is possible for some mother dogs to act like they don't recognize their puppies after temporary separation. In these cases, we do need to be careful as the mother can mistreat them if she thinks the puppies aren't hers. However, in most cases, even if the mother doesn't immediately recognize them, she will soon start caring for them as before.

When to remove puppies from their mother

Mother dogs will be very careful and protective of their newborn puppies. It is one of the reasons we need to limit our interaction with them during their first days. However, as they develop, we will see that the mother starts to look after them less and less. The weaning period in dogs is not only designed to move the puppy on from milk to solids, it is so they can eat on their own without the mother being present.

When a puppy is removed from their mother too early, it can result in various problems. Since the puppies learn socialization with their mother and siblings, premature removal can lead to behavioral problems. They may have trouble with education and can even develop aggression due to confusion.

For these reasons, it is important a puppy stays with their mother for a minimum of 8 weeks. Generally up to 12 is seen as a good period, but after this time, it is the mother herself who will reject her puppies so they can fend for themselves.

Our article on when a puppy can be removed from their mother provides more information.

Do mother dogs miss their puppies after they are taken away?

As we have seen, premature removal can have a detrimental effect on puppies. We should also wonder what affect it has on the mother. Since a mother dog knows when the puppies need to go off on their own, she will be worried if they are taken away too soon. If this happens, she might howl and even become aggressive if she is worried about her pups. In this sense she misses them and is concerned.

Conversely, after the weaning period and when the puppies are sufficiently grown, the mother dog should have no problem. She will have done her job and she knows the puppies will have the best start in life she could offer. It would not be common for a mother dog to miss her puppies after this time.

Do mother dogs miss their puppies when they become adults?

Another question raised when wondering what happens after puppies are separated from their mother is whether they will recognize them when they are adult. All healthy dogs have an incredible sense of smell. Said sense is so strong, it can recognize individuals from their smell alone. In fact, studies have shown that mother dogs will recognize their offspring even if two years have passed since they last met[1].

Does this mean the mother will have missed their puppies in the interim? All likelihood is that they do not. When a mother puppy is reunited with their offspring after years apart, how they will react depends on the individual. An excitable dog is likely to become excitable, but this doesn't mean they wouldn't have done so regardless. If the mother doesn't make any noticeable response, it doesn't mean they are callous. Again, this is applying human behavior to dogs.

The fact that mother dogs do not miss their offspring is a healthy thing. Only a very small percentage of domestic dogs grow up with their mother in the same household. If mother dogs did miss their offspring, this means the vast majority of canines would be feeling sad for the rest of their lives. Fortunately, dogs understand the process well and can have a very happy life even if they are not with their birth-family.

If you want to read similar articles to Do Mother Dogs Miss Their Puppies?, we recommend you visit our Other health problems category.

Bibliography
Why Do Dogs Chew Their Paws?
Why Are Puppy Teeth So Sharp?
My Puppy Is Not Growing Anymore
New
My Dog Keeps Chasing Their Tail
Related categories
Mental problemsSkin problemsViral diseasesCardiovascular diseasesEye problemsDegenerative diseases
Most read
1.
What to Do if My Dog has Something Stuck in his Throat?
2.
My Dog Is Bleeding from His Penis
3.
My Dog Keeps Licking Her Private Area - All Possible Reasons
4.
Why Does My Cat Push Out His Penis and Lick It?
5.
My Dog Has Pus Coming From His Penis
6.
My Cat Has Liquid Coming From Their Anus
7.
My Dog's Poop Starts Solid Then Goes Soft
8.
My Dog Keeps Making a Gulping Sound
My Dog Keeps Sticking Their Tongue Out
My Puppy Is Throwing Up and Not Eating
My Puppy Keeps Scratching and Itching
My Dog's Baby Teeth Are Not Falling Out
Most Deadly Diseases in Dogs and Their Symptoms
Diaphragmatic Hernia in Dogs and Puppies
How to Dry Up a Dog's Milk Supply
My Cat Is Pulling Out Their Hair - How to Stop It

Do Mother Dogs Miss Their Puppies? 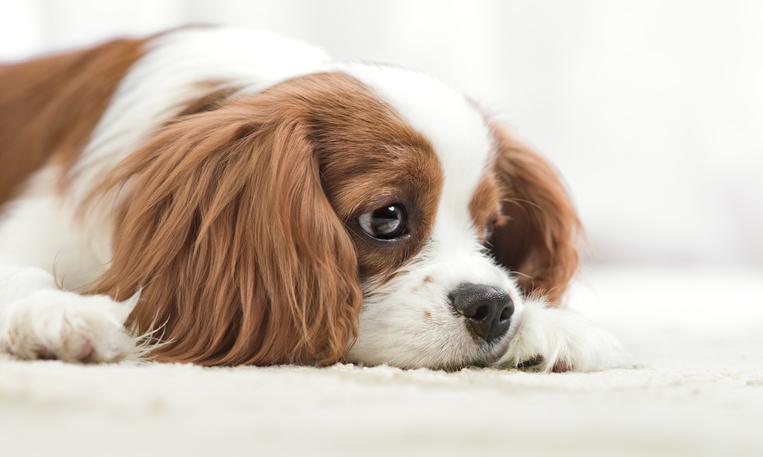 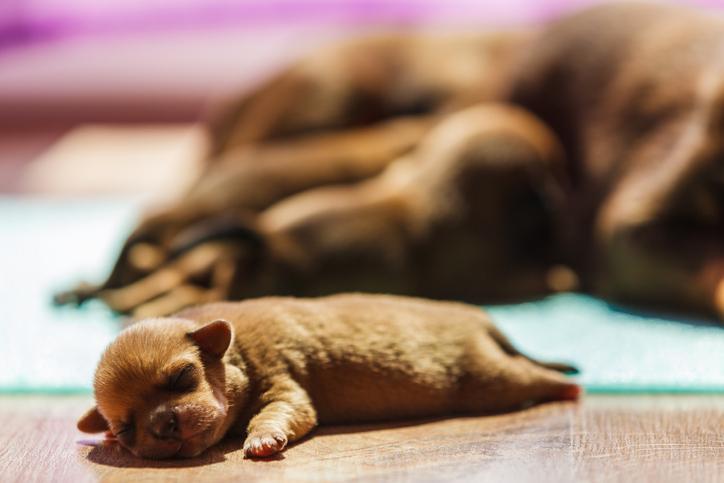 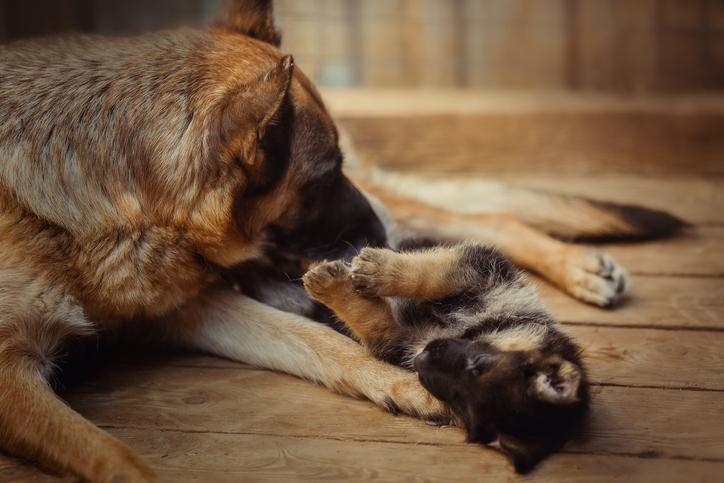 1 of 3
Do Mother Dogs Miss Their Puppies?
Back to top