The American bulldog is a powerful, athletic and brave dog that instills great respect. This dog is one of the most similar to the original bulldog of the nineteenth century. An inexperienced eye can confuse an American bulldog with a boxer, pitbull or the Argentinian bulldog, since there are many similarities between these breeds. However, each one of them has distinctive characteristics that allow us to differentiate them. In this AnimalWised article we will be discussing everything you need to know about the American bulldog.

Origin of the American Bull Dog

The American bulldog shares much of its history with other bulldog dogs and similar breeds. Thus, to a certain extent, their story is shared with the English bulldog and the pit bull.

Its origins go back to those of combat dogs used in the first half of the first century. However, it is in its recent history that this breed was defined and took shape as the current American bulldog. In the 19th century, bulldog dogs were used in Britain as guardians, guards, cattlemen (helping to drive and manage livestock) and to help butchers kill the cattle. In that same century the cruel "sport" of dogfighting began between dogs and bulls. In 1835, however, the British authorities forbid the bloody "sport" and the bulldog began to gradually disappear. Meanwhile, some English immigrants who had brought their bulldogs to North America, kept the breed unchanged because it helped them a lot in controlling and hunting large and dangerous animals, such as wild pigs. Those animals, almost without any change, were the ones that gave rise to the current American bulldog.

This breed descends directly from the original bulldog dogs whom are now extinct. After the Second World War, the American bulldog was nearly virtually extinct, but some breeders quickly rescued this breed. Among those breeders were John D. Johnson and Alan Scott. The dogs bred by Johnson are more muscular and robust, and their type is known as "bully" or classic. Dogs raised by Scott are more athletic and less robust, and they are known as "standard". Either way, most current American bulldogs are hybrids of these two types. This breed is not currently recognized by the International Cynological Federation (FCI), but are recognized by the United Kennel Club (UKC) and the American Bulldog Registry & Archives (ABRA)

Today, this imposing and powerful breed is not widespread but neither is it in threat of extinction. Although they are not well known, today's American bulldogs stand out as multipurpose working dogs, performing guard duties, protection, big game and, of course, as pets.

Physical characteristics of an American Bulldog

The American bulldog is a medium to large dog and is very powerful, athletic and muscular. Of robust build, his body is slightly longer than high. The long and wide head of this dog gives off an impression of great power. Its cranial vault is parallel to the upper line of its snout and its stop is pronounced and abrupt. Its snout is broad and thick, circled by with strong jaws and muscular cheeks. Its lips are moderately thick but not hanging and, normally, black. In dogs of the "bully" type, the length of the snout is between 25% and 35% of the total length of the head. In the "standard" type, the length of the snout oscillates between 30% and 40% of the total length of the head. The bite of these dogs is very powerful, one of it main characteristics. In the American bulldog of the "standard" type, inverted scissors biting is preferred, but a slight prognathism is also accepted. In Bulldog type bully, a 1/4 inch prognathism is preferred. In both cases the bite is accepted, but it is not desired. Its broad and long nose has wide nostrils. They accept brown, chestnut and grayish noses, but the color of preference for this part of the body is black. The depigmentation (pink nose) is unacceptable. They eyes of the American bulldog are medium and well separated from each other. Its shape can go from round to almond and any color is accepted, but dark brown or black is preferred. The preferred color for the edge of the eyelids is black. The ears of these dogs are small or medium and of high insertion. They can be dropped, semi-erect or pink. The UKC standard accepts cut ears, but indicates complete preference. The ABRA standard does not accept cut ears.

Its neck is muscular and strong and narrows slightly from the shoulders to the head. Its feet are round, medium, well arched and tight. The chest of the American bulldog is deep and moderately broad. Its upper line tilts slightly from the cross (top point at shoulder height) to the muscular back. Its back is short, wide and slightly arched, and joins the rump with a very slight slope. The tail, low insertion, is thick at the base and ends in a point. Reach the hock when it is at rest and should never curl. The UKC accepts cut tails, although it prefers whole tails. The ABRA does not accept cut tails.

Its hair is short and tight, with a texture that can vary from soft to rough. It must be less than one inch long and any combination of colors is acceptable, with the exception of pure black, pure blue, blackbird and tricolor. Neither is a completely black mask accepted. At least 10% of the body must be white, and most American bulldogs carry this characteristic.

The trot of these dogs is fluid, powerful well coordinated and does not indicate any effort. During the same time, the upper line remains level, their legs do not move inwards or outwards and their feet do not cross each other. However, as the bulldog increases speed, the feet tend to converge towards the center of balance of the body.

Character of an American Bulldog

A typical American bulldog is a determined and courageous dog, but it should not be unnecessarily aggressive. This dog is an excellent guardian for his strong instinct of protection and therefore can be aggressive to strangers and other dogs when not properly socialized. Therefore, it is very important to socialize this breed from its puppy stage and train it in obedience to develop its necessary self-control.

This dog is also an excellent hunter, especially when it comes to big game. However, its strong prey drive can be a disadvantage for those who have the American bulldog as a pet. This impulse means that the dog feels tendencies to "hunt" small animals like other pets and dogs of small breeds. One way to help control its strong impulses is to practice a canine sport such as agility or schutzhund. Since this breed is very tough, sports for protection dogs, such as schutzhund, mondio ring and others, can be very useful when you have experienced guides and owners.

Caring for an American Bulldog

These dogs need a lot of exercise, so it's better if they have a garden where they can run freely. It is true that they can live in an apartment, but in this case you need to take a lot of time to walk them.

Whether the American bulldog lives in a house with a garden or in an apartment, it is better if they live inside and go out to exercise. Although it is a breed of great physical strength, it does not have much protection against changing climatic conditions. It needs to walk at least once a day (better if you can do more) to exercise and socialize.

The care of the coat of the American bulldog is very easy. Regular brushing and bathing is sufficient. Since these dogs lose hair regularly, brushing should be done at least three times a week, as this dog will shed on furniture.

Before adopting an American bulldog you should know that this breed is recommended for people who understand the psychology and behavior of this dog. This breed needs a firm, calm and consistent master. Therefore, it is important that the owner of an american bulldog be aware of what it means to be the leader of the pack.

Despite this dog’s physical strength, and perhaps because of its strong character, the American bulldog does not respond well to traditional training. It is better approach its canine training from a different perspective, through clicker training or another variant of positive training. This breed is intelligent, however, you need to remain patient with them. We suggest using positive reinforcement training when it comes to training this breed.

Health of an American Bulldog

In general, the American bulldog is a healthy dog. In fact, it is one of the breeds with fewer hereditary problems. However, this does not mean its health should be neglected as it is not immune to diseases.Two of the most common clinical problems in this breed are hip dysplasia and tumors. Due to its size and weight, it can also develop other bone problems during growth, so this must be taken into account. With the right care, these dogs have a life expectancy that ranges between 8 and 16 years.

Upload a picture of your American Bulldog 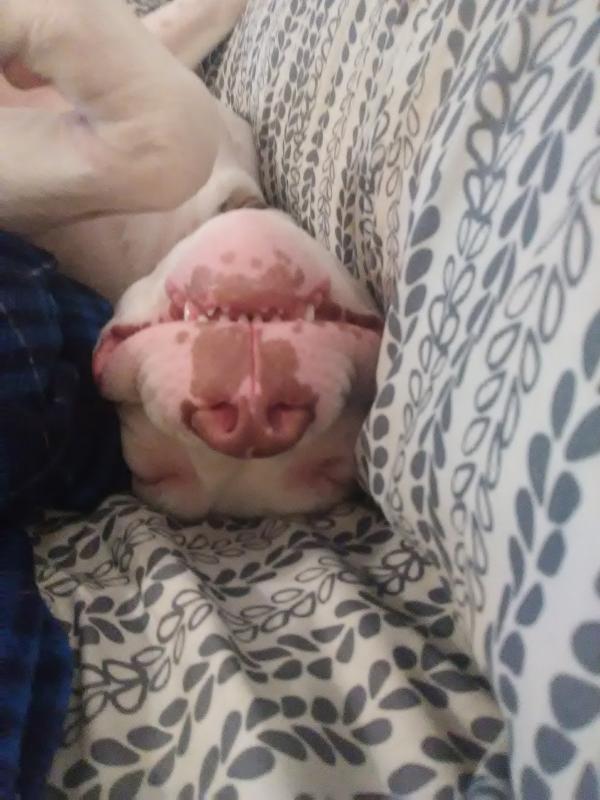 I love this breed.

Administrador AnimalWised
27/09/2018
We do too!
American Bulldog 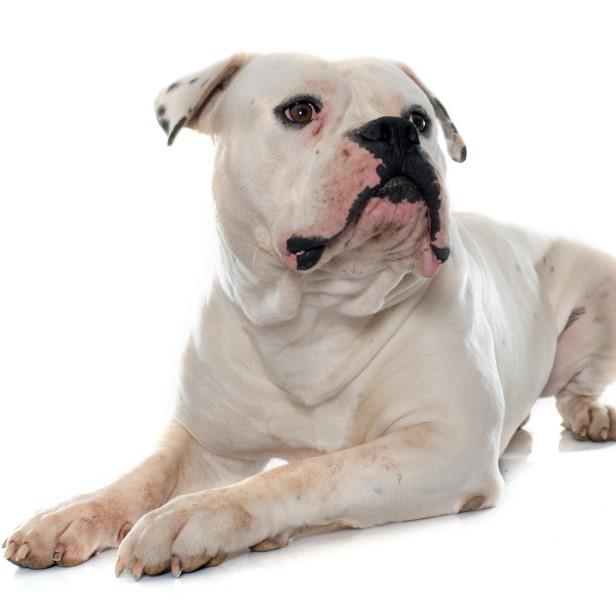 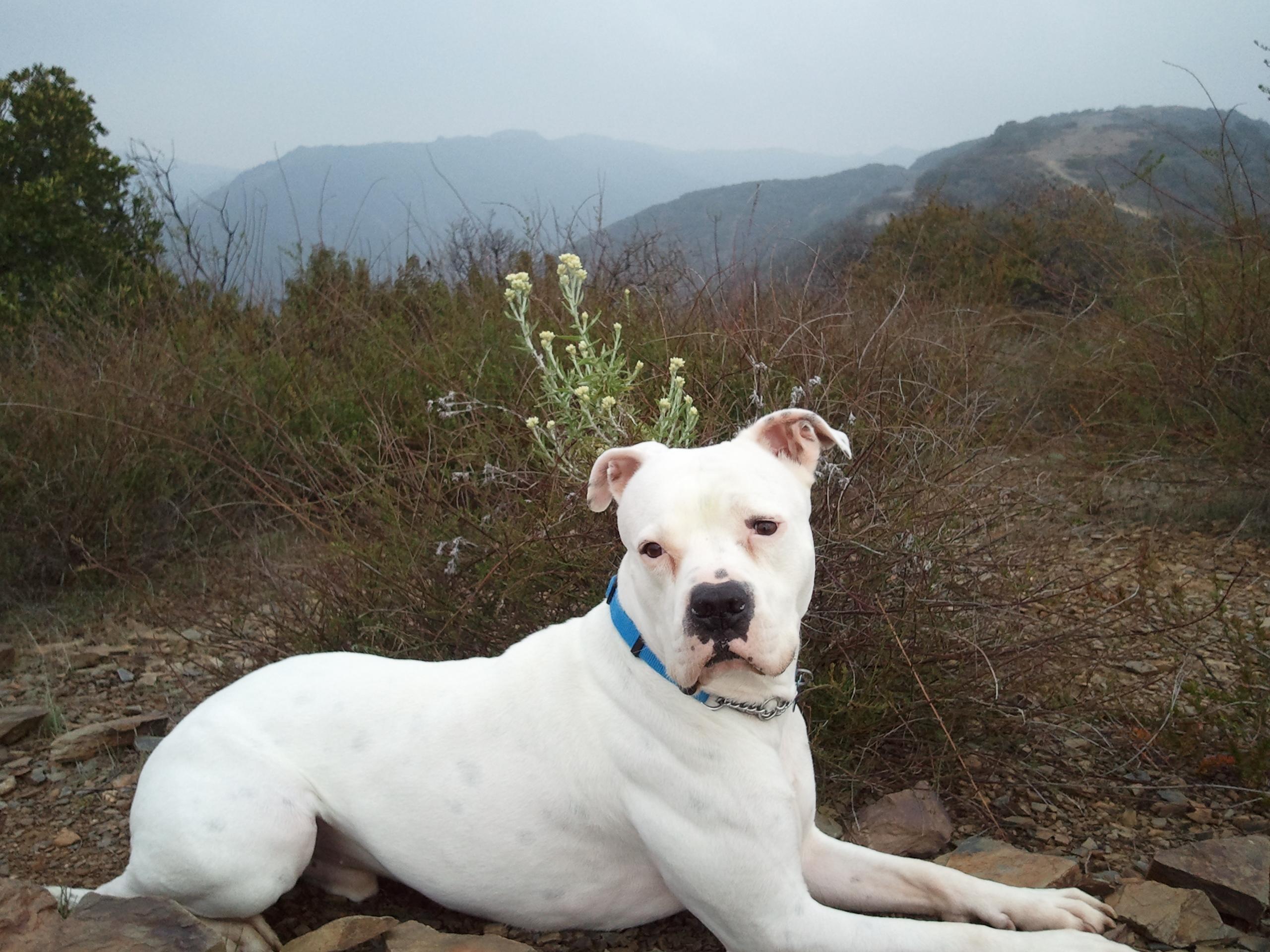 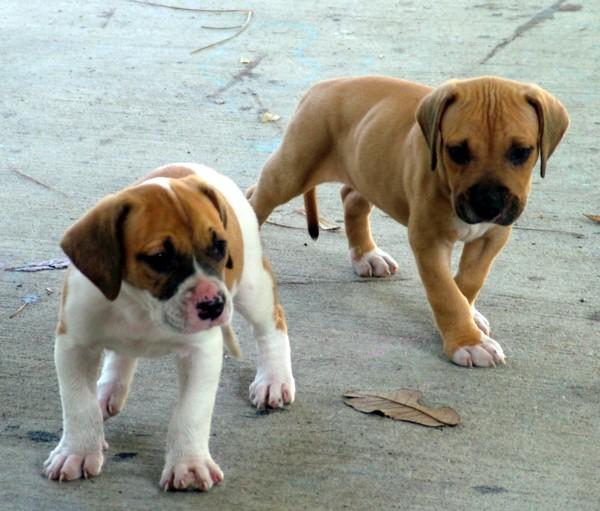 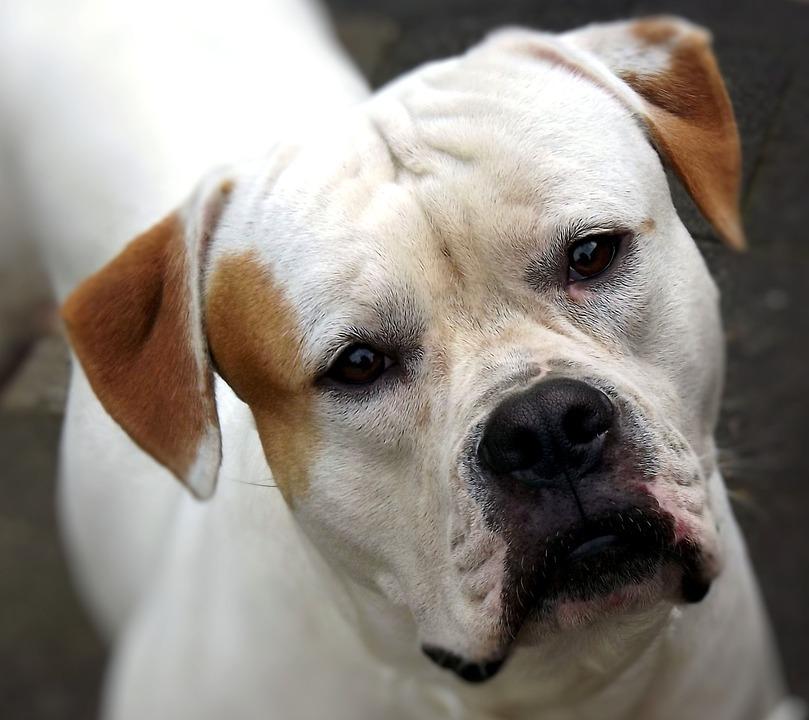 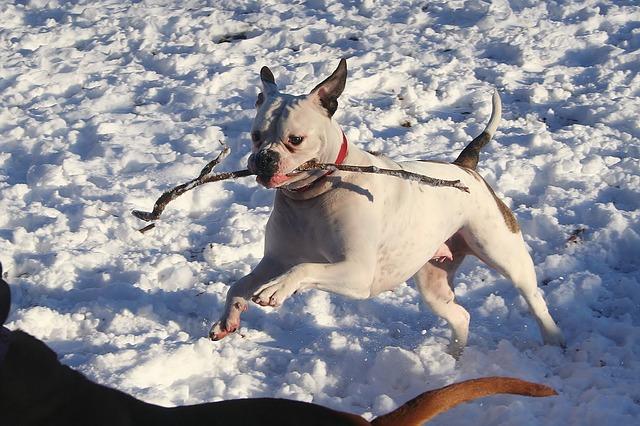 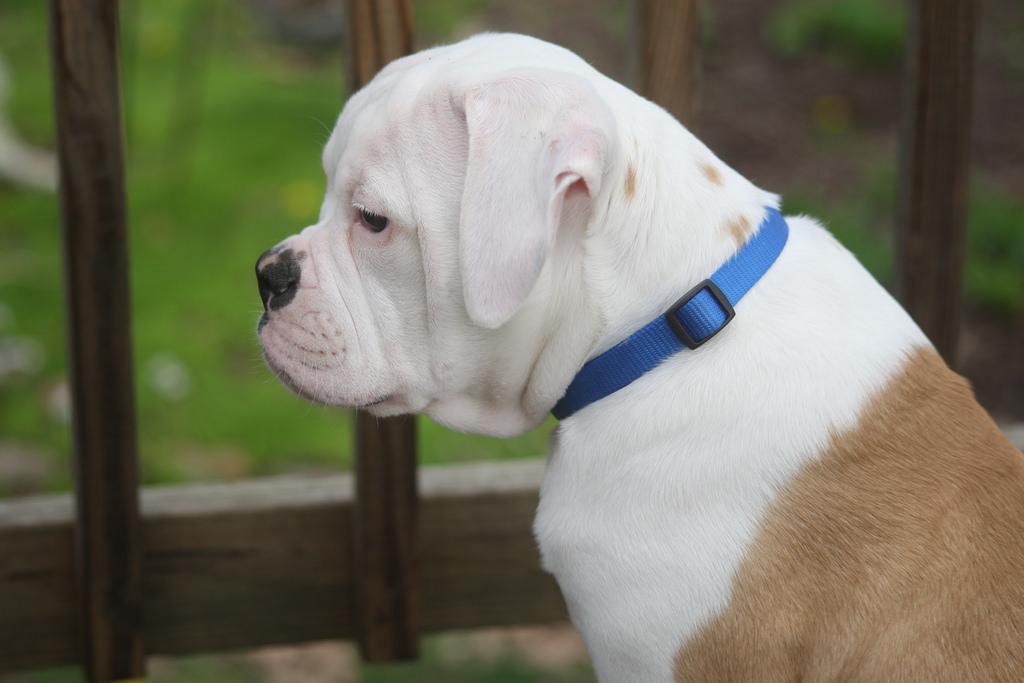 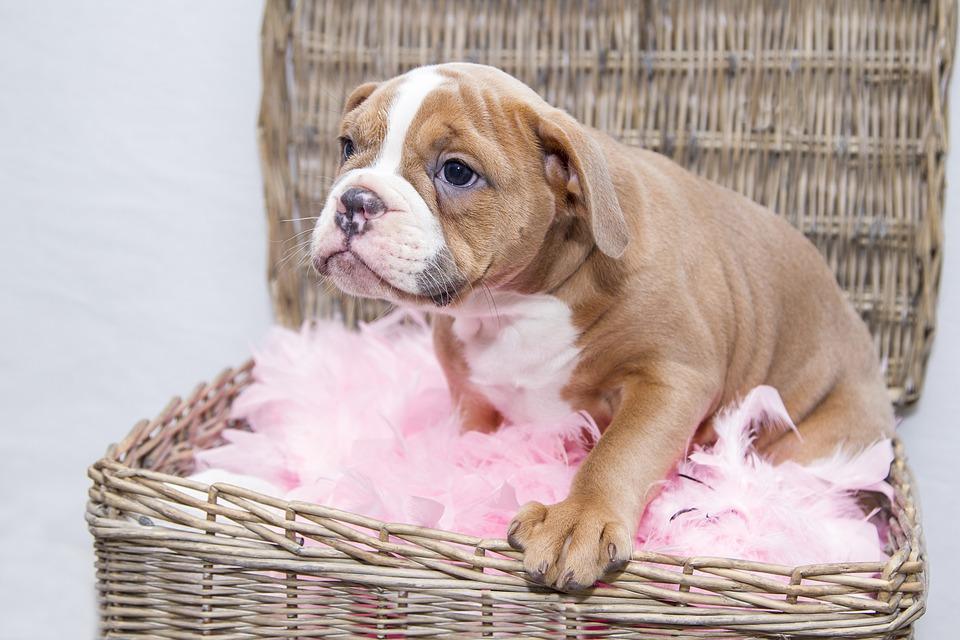 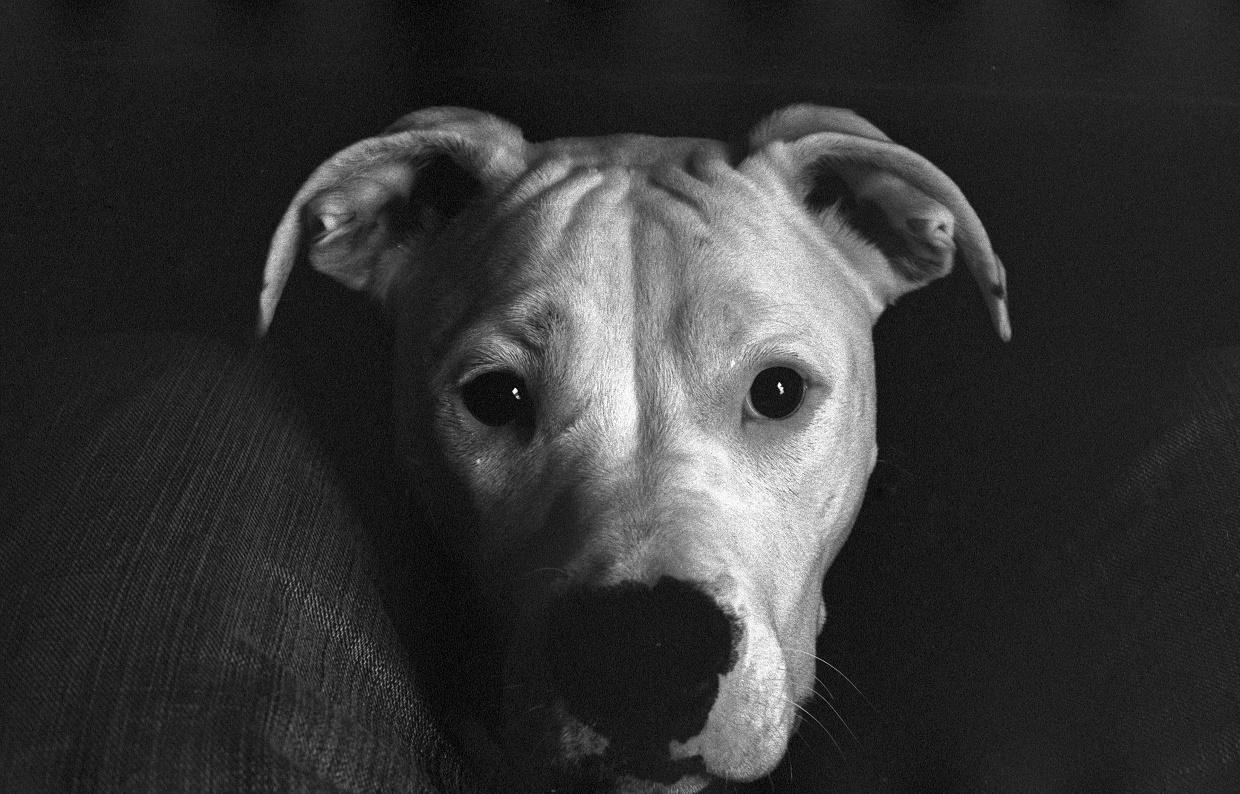 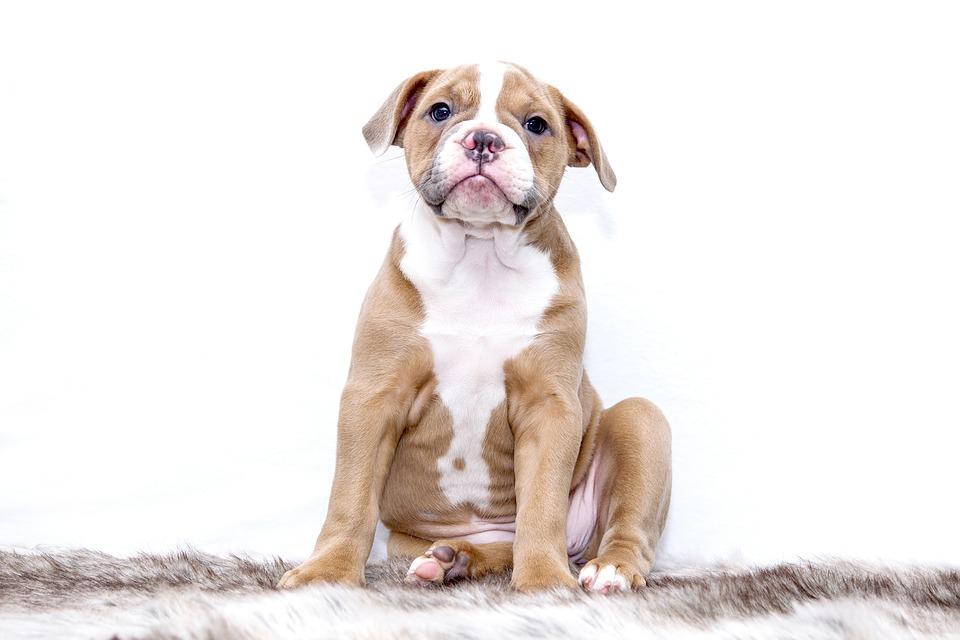 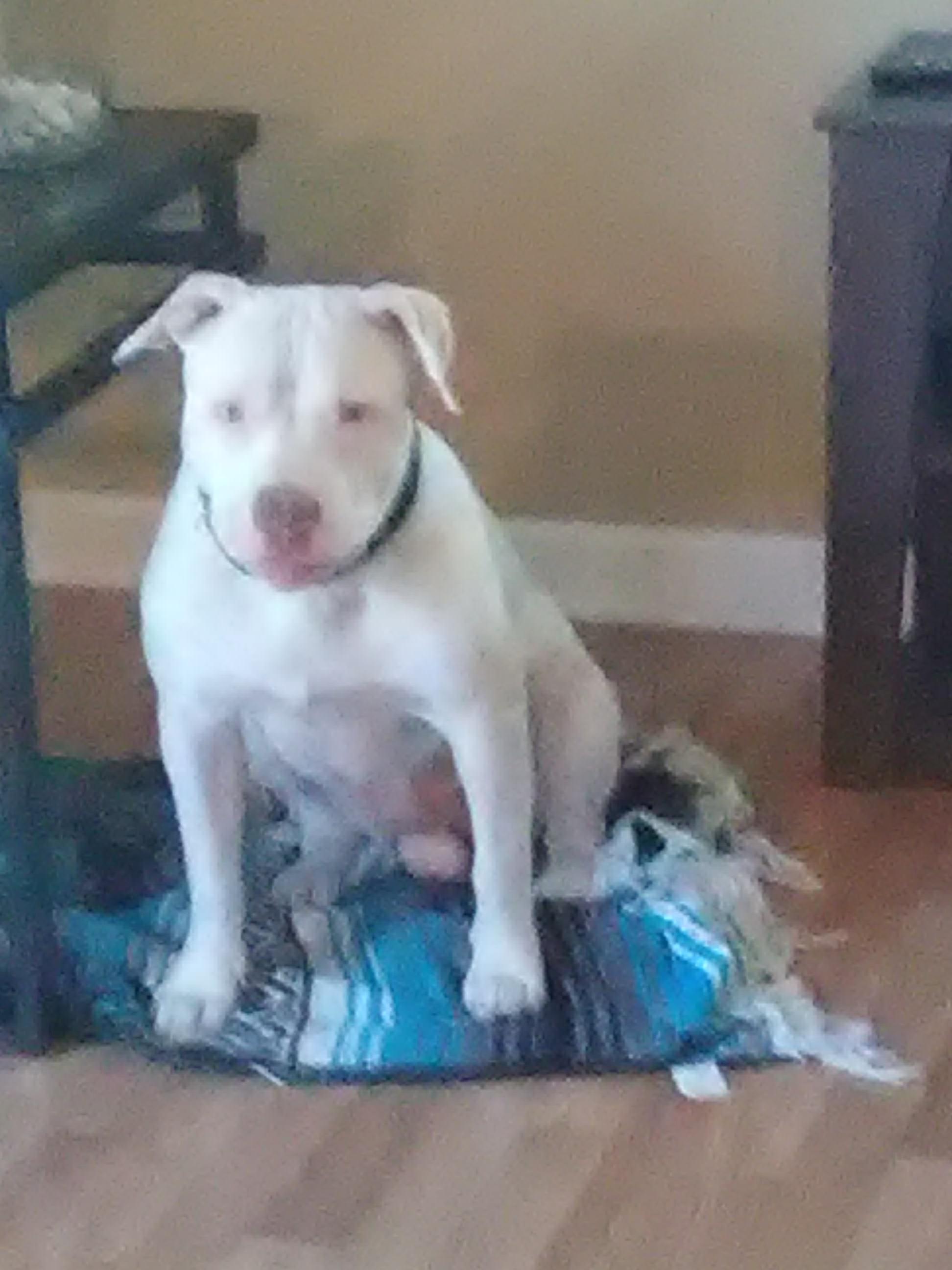 Photo uploaded by ARIA:She is very lovable and very loyal and very protective of her owner and the family she is very sweet temperament and we love her so much it's all those things
1 of 11
American Bulldog
Back to top