The Alaskan Malamute, is a breed of dog native to the Arctic and is considered one of the longest-living breeds in the history of sled dogs. Its imposing and demanding presence gives off a mistaken impression of its real character.

Its appearance is similar to that of a wolf. For this reason, this breed is incredibly popular. This breed is also often confused with the Siberian Husky. Alaskan malamutes are most commonly known as being resistant, loyal, hardworking and very noble dogs.

Keep reading this AnimalWised breed file to find out everything you need to know about the Alaskan Malamute.

This breed originated in the arctic and has artic wolf ancestors. These dogs were used by the people of the Mahle to pull sledges and collaborate in hunting activities.

It is possible that the word malamute comes from "Mahle muit" which translates to"town of the mahle". The English phonetics behind these two terms would have given rise to the name of this breed.

With the evolution of time and transportation, these dogs lost their importance in transportation. However, Alaskan Malamutes are still used by Alaskan settlers and are common in many countries of the world.

Alaskan malamutes, as it is known colloquially, is a large, strong and robust dog that has adapted to pulling very heavy loads such as sleds. Its height at the withers for males is around of 63.5 centimeters. Its weight is around 38 kilograms. Its chest is deep and strong, it has a strong and muscular body. The pure size of the Alaskan Malamute symbolizes dignity, pride and nobility.

The head of this dog is wide and deep, but well proportioned with the body. Its facial expression is friendly and affectionate. Its snout is long and bulky, well proportioned to the rest of its skull. It narrows slightly from its head-base to the tip of its nose. Its nose should never be pointy. It teeth close into scissors. They have medium, brown, almond-shaped eyes. Blue eyes in an Alaskan malamute is considered a fault. They have medium sized ears which appear small in relation to its head. It has a muscular and slightly arched neck.

The body of a malamute is powerful and compact, but not short. This dog is powerful and, although it is not light, neither should it be excessively heavy. It has a thick tail covered by dense fur. Its tail insertion is medium,and continues to the line of the spine. When it isn’t working, its tail should be carried curved onto its back.

This breed has two mantle layers and for this reason it can withstand cold temperatures. Its outer mantle for protection is thick and rough a while its internal mantle is very dense, oily and wool-textured. This breed can appear in several different colors, most commonly in: white, gray, black mixtures.

In contrast to its appearance, the Alaskan malamute is a docile, sociable and affectionate dog, with both strangers and its owners. It is very important that the Malamute has an experiences owner, as it needs to be disciplined accordingly. It is a very intelligent and independent dog that will not accept orders just because they are fed. They desire a responsible and consistent friend for a leader. This breed carries a calm, leisurely and relaxed temperament.

Malamutes are playful dogs, faithful to their masters and excellent protectors. Although it is not technically considered a ‘‘guard dog’’, they are capable of surveillance. This dog has a high learning potential, and therefore should be trained, socialized and exercised accordingly.

As for the behavior of an Alaskan malamute with other pets, it should always be under its owners supervision. Due to this breeds strong instinct for hierarchy, they can be aggressive with other animals. This is also another reason they need an experience owner.

In terms of its relationship with children, both the child and dog need to be educated on how to deal with each other. They need to avoid playing somewhat violently, and should always remain calm when playing. In the first couple of days of interactions, its owner should be present to accommodate the introduction. However, the dogs are, in general, phenomenal with children and will even risk their own lives to protect their little companions.

This breed requires daily exercise. This exercise should be moderate. Owners of this breed need to be careful on hot days as these dogs are prone to heat strokes and dehydration. High temperatures can be a very serious problem for malamutes, as for any other other sled dog breeds.

A small apartment or house is not ideal for this breed. If you want to adopt this breed, we recommend that you have a garden or patio where this animal can release and expel their energy daily.

This breed does not need frequent baths, but it does need frequent brushing. Depending on the weather, a malamute can lose a lot of hair. For this reason we recommend brushing its hair at least twice a day. You can do this by slightly moistening their fur to facilitate this task.

As with all other breeds, remember to stay attentive to the care of its: nails, eyes and ears.

The Alaskan malamute is a independent and very intelligent dog. This dog never stops learning and should be constantly trained and educated, as its mind and body needs constant stimulation. In addition to being used as a sled dog or for carrying weights, this breed is a good rescue dog. They are also known to be great companions for people who suffer from disabilities.

The Alaskan Malamute is considered a healthy and very resistant breed. They are not usually prone to suffering from diseases, however, if by chance they do, these diseases are would be:

Remember, like with all other breeds, if you have any pet; stay up to date with their deworming and vaccination schedules.

Fun Facts about the Alaskan Malamute

Upload a picture of your Alaskan malamute 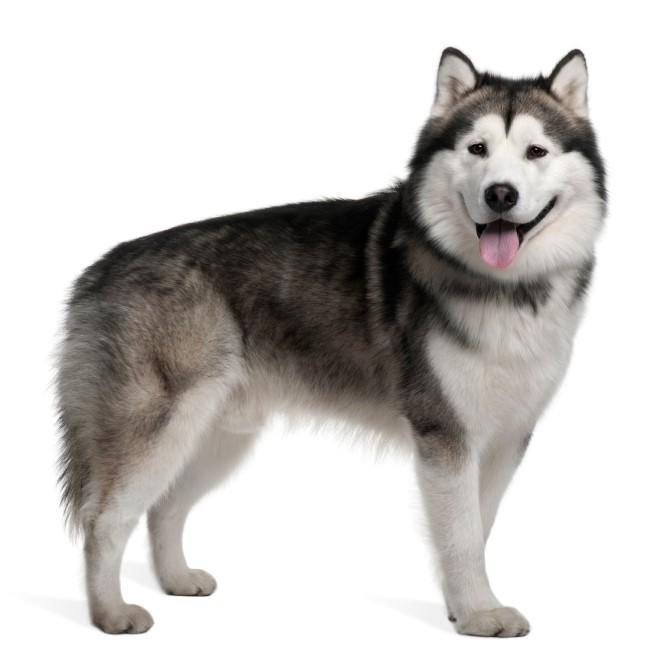 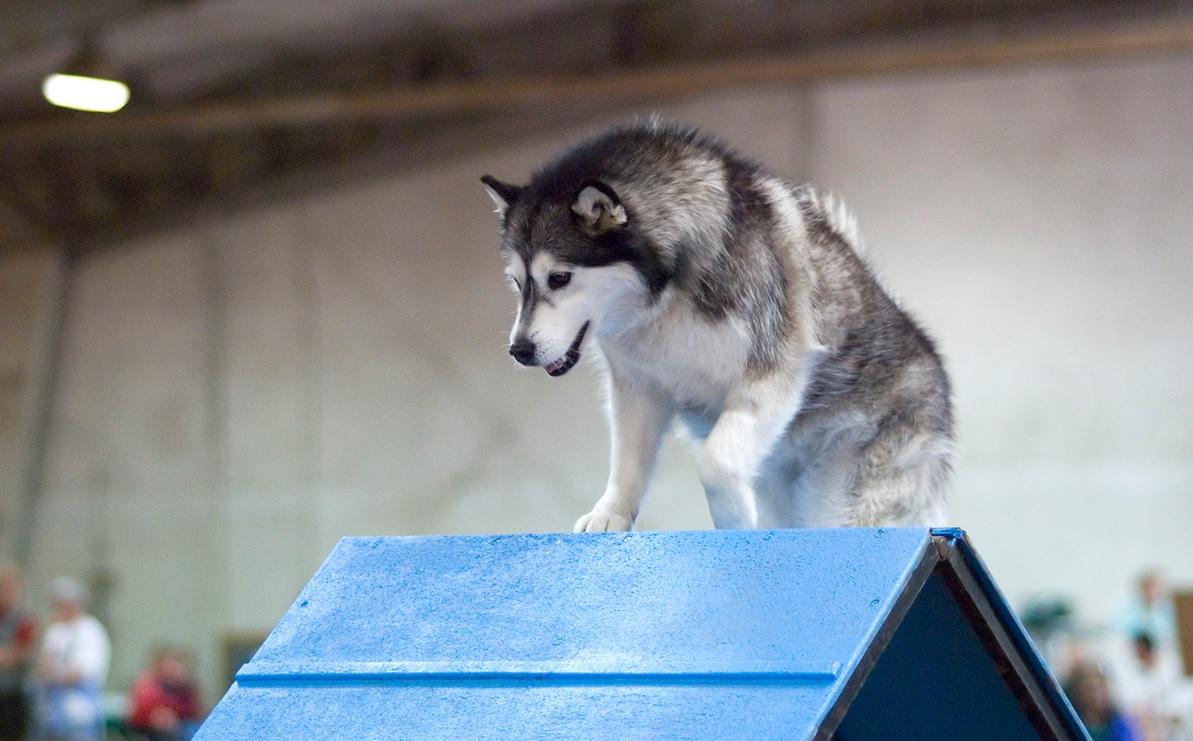 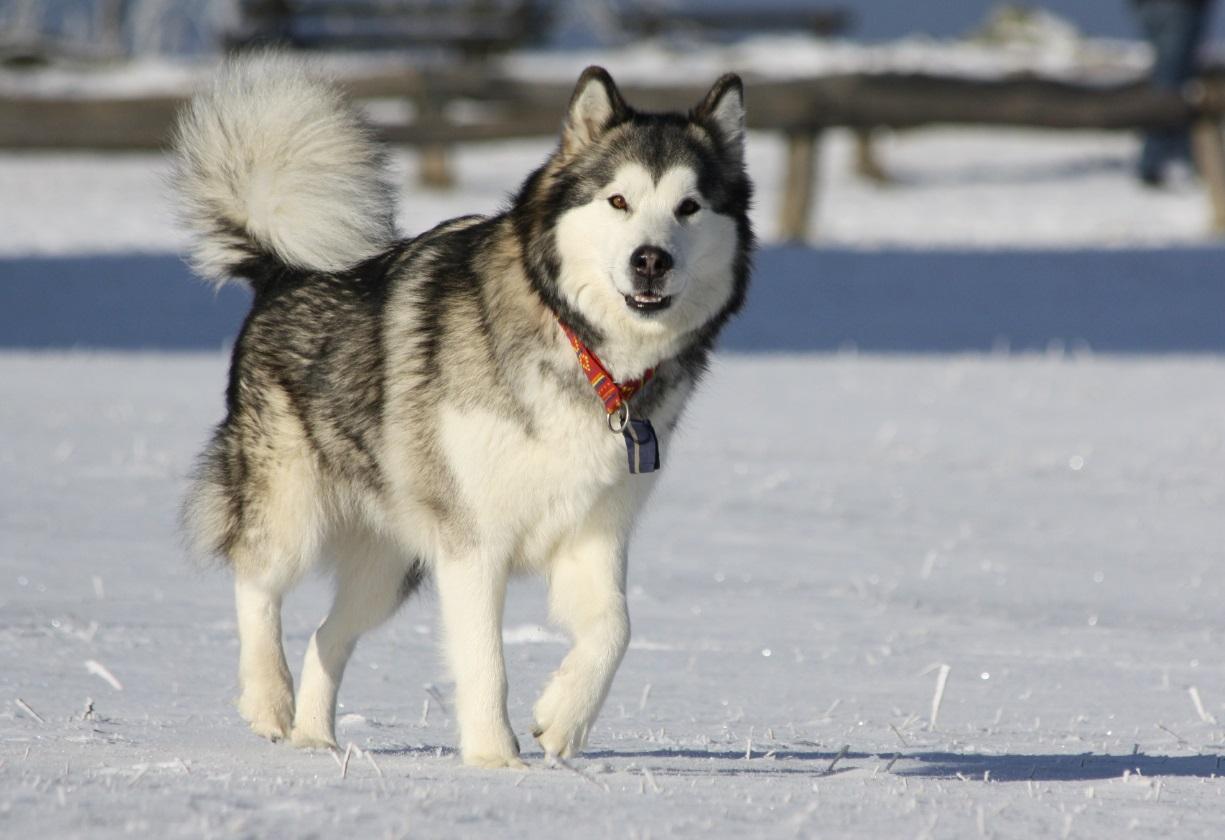 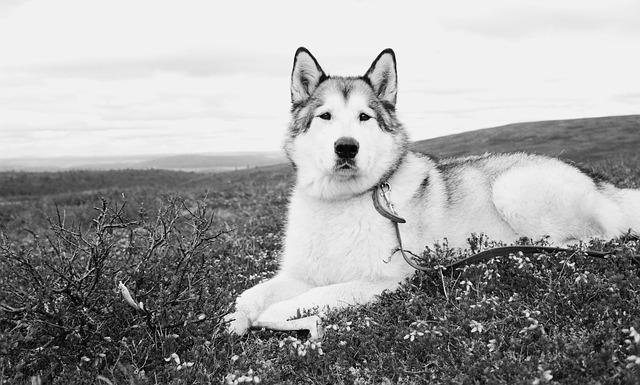 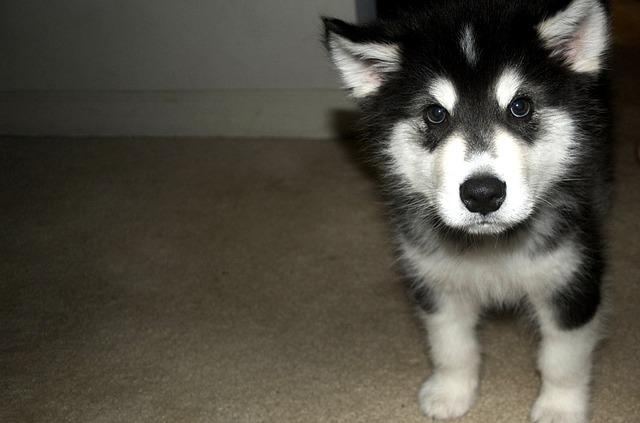 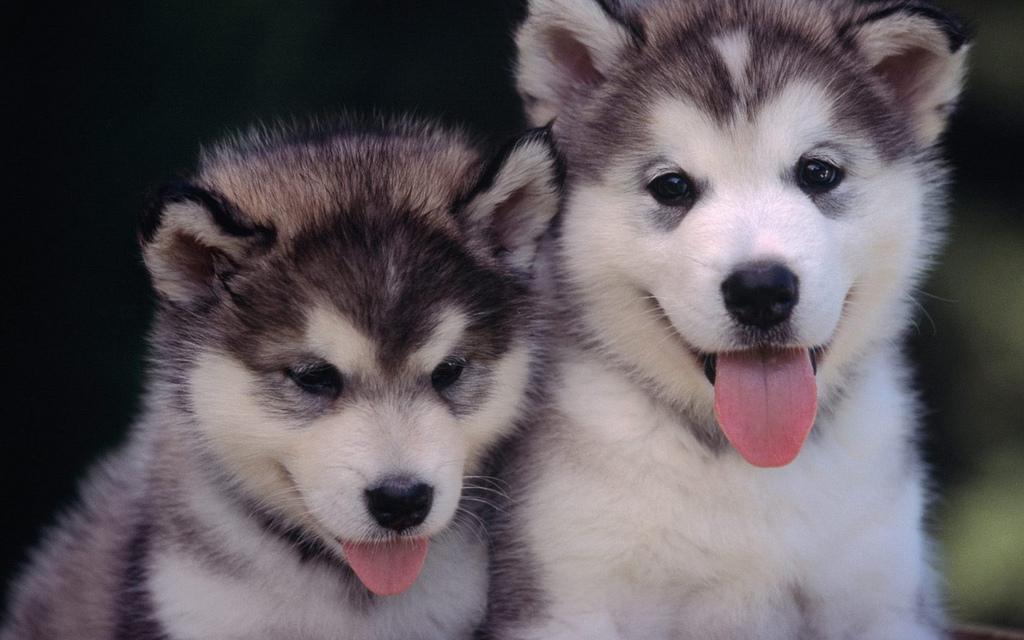 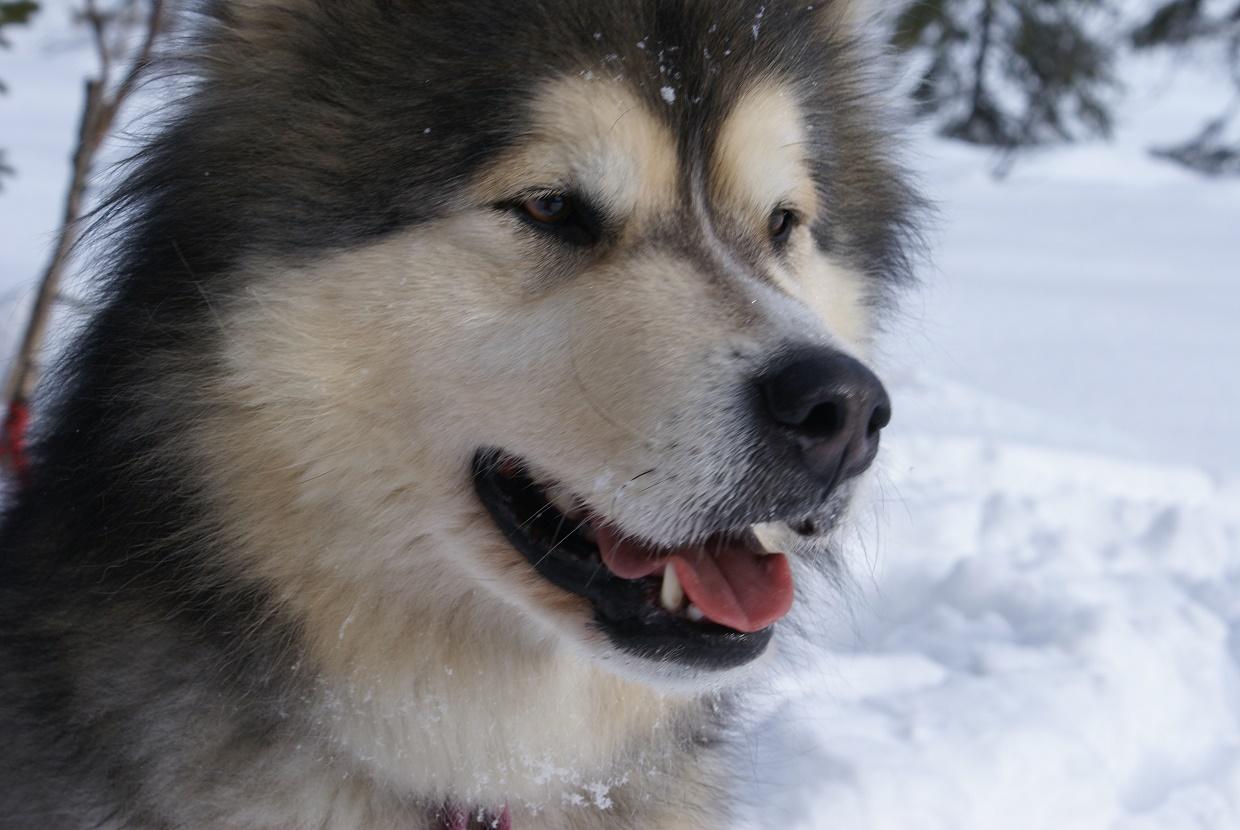 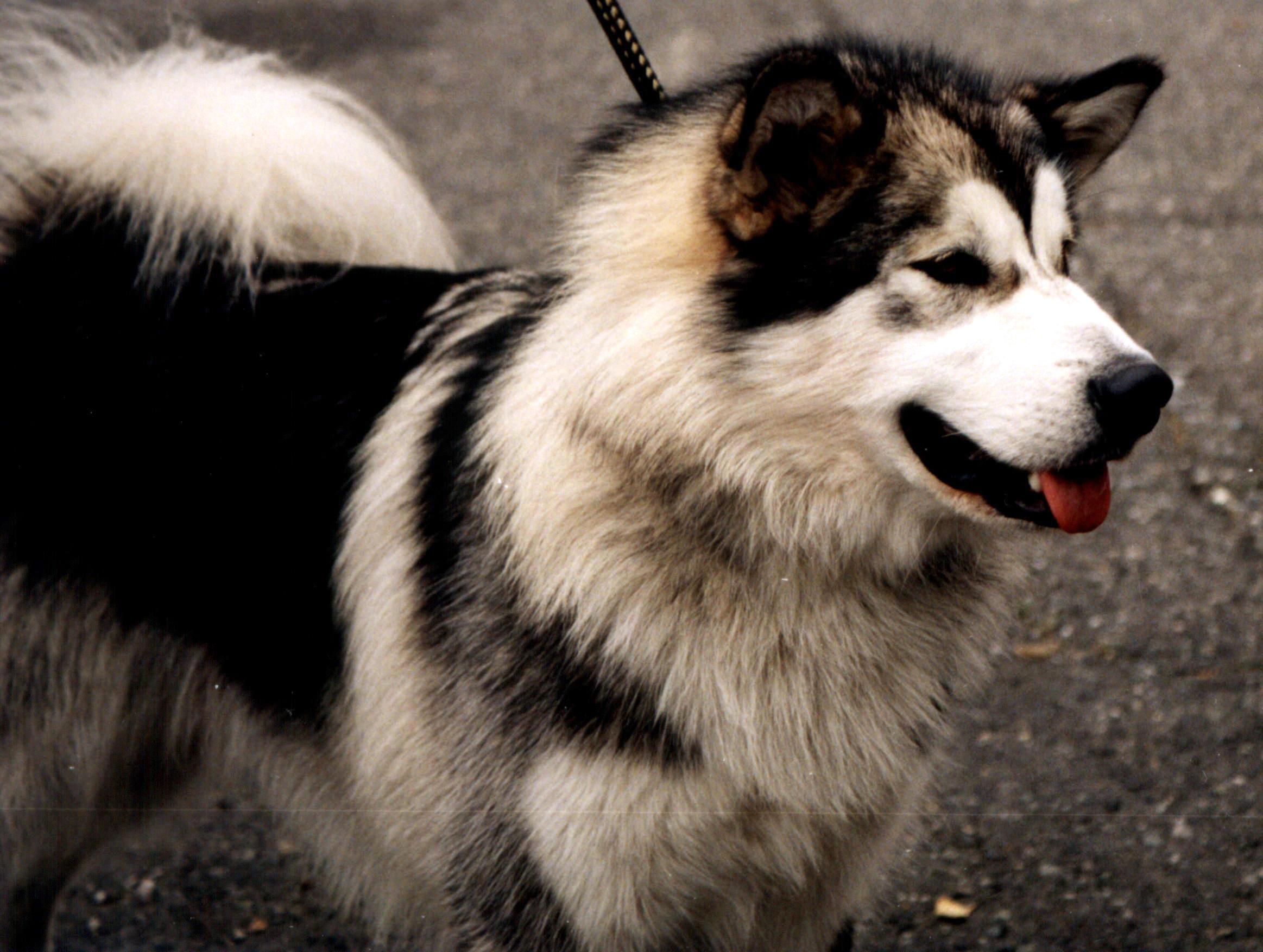 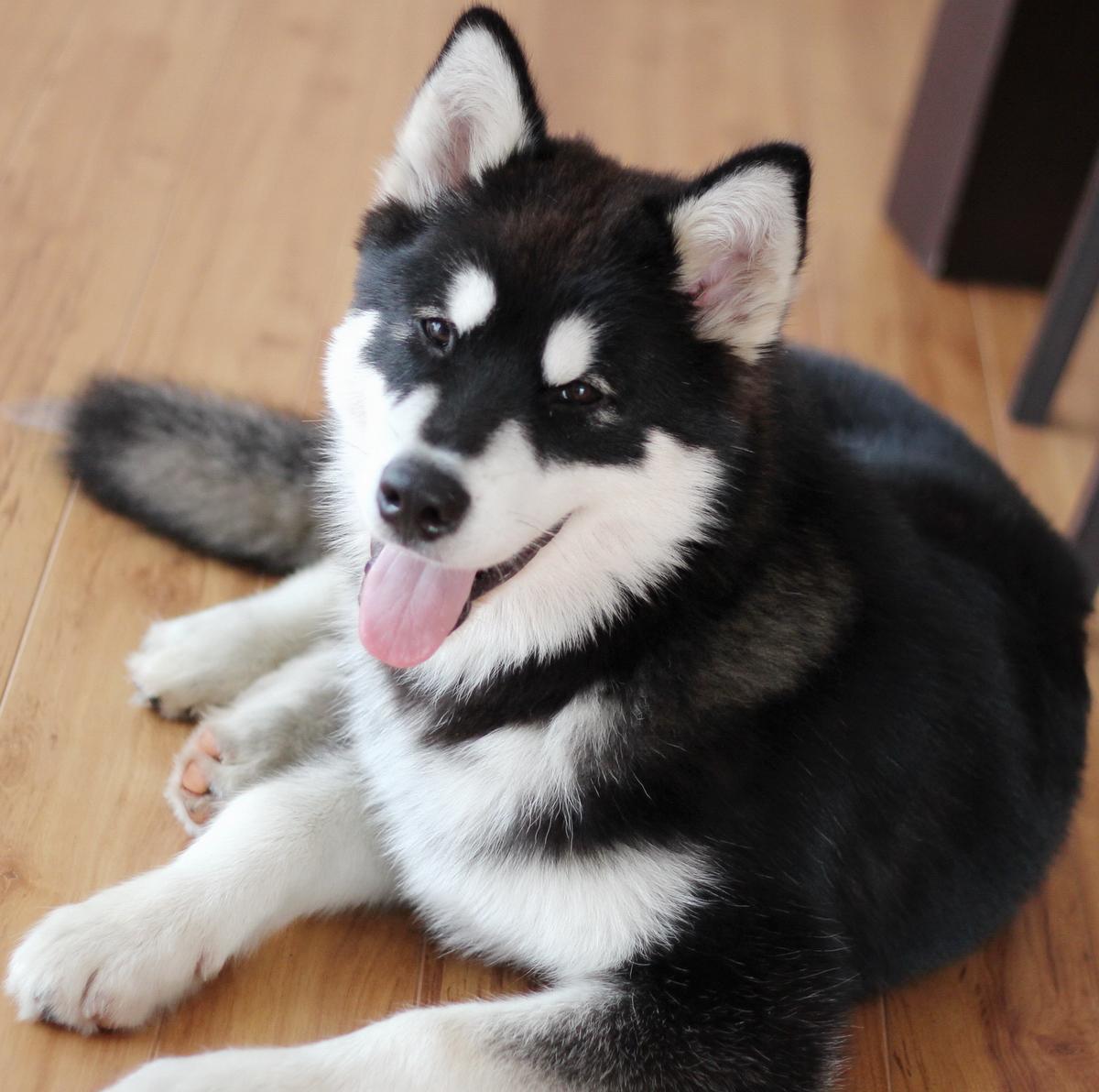 1 of 10
Alaskan malamute
Back to top