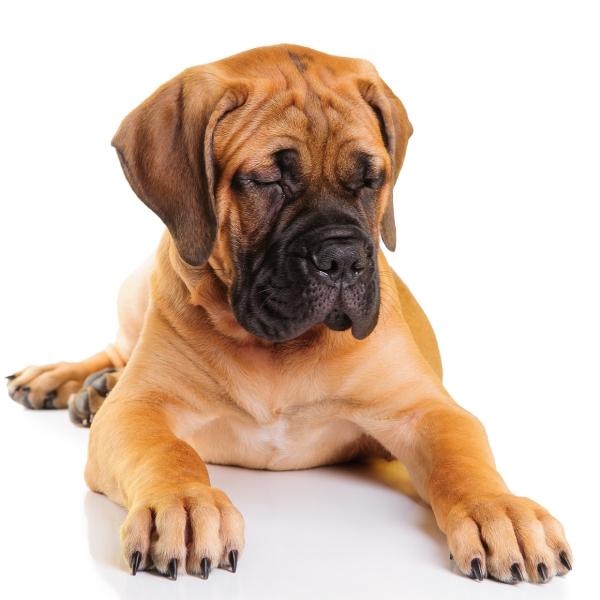 The bullmastiff is a guard dog by nature but at the same time is incredibly affectionate with their own family, even if they are large and muscular dogs. They can also live quietly in a small home as long as they go on walks several times a day.

If you are thinking of adopting a bullmastiff, you cannot miss this AnimalWised breed file with all the information you need to know. Did you know they get their name because they were crossed between the English bulldog and the mastiff? And that in theory, they originate from Great Britain but many maintain that they descend from bull dogs of nineteenth century Spain? If not, let's get into it!

Origin of the bullmastiff

The documented history of the bullmastiff begins in Britain in the late nineteenth century. At that time there were many poachers who not only threatened the wildlife of British forests but were also a risk to the lives of the Rangers.

To protect themselves and to facilitate their work, the Rangers used dogs. However, the breeds used - the bulldog and the mastiff - did not give good results. So, they decided to try crossing these dogs. The result was the bullmastiff who turned out to be very stealthy, have a good nose and strong enough to hold an adult male without biting him. As the bullmastiffs kept poachers on the ground until the Rangers seized them, they became known for not biting unless absolutely necessary, but this is not entirely true. Many of these dogs were sent to attack with a muzzle on.

After a, while the popularity of the breed increased and the bullmastiff became a dog highly prized in the haciendas, for their skills as guardians and protectors.

Controversy about their origins

Some Spanish breeders support the recent hypothesis that the bullmastiff originated in Spain and was nothing more and nothing less than the bull dog that was used during bullfights at the beginning of the nineteenth century. In fact, paintings such as Patio de caballos de la plaza de toros de Madrid, painted by Manuel Castellano in the mid-nineteenth century, and the engraving by Goya Echan'Perros al toro' in 1801, show dogs whose morphology corresponds to that of the current bullmastiff. However, these clues are not enough to change the nationality of the breed.

Physical characteristics of the bullmastiff

They are large and imposing dogs that at first sight can generate fear. Their head is wide and square, they have a short snout and it is also square. Their eyes are medium-sized and of a dark color or hazel. Their ears are small, triangular and bent. They are darker in color than the rest of their body.

The body is powerful and symmetrical, and although they show great strength, they are not of a heavy appearance. Their back is short and straight, but their loin is broad and muscular. Their chest is wide and deep. The tail is long and of high insertion.

The bullmastiff's coat is short, rough, and glued to the body. It can be brindle, red or a tawny tone, but they always have a black mask. A small white mark on the chest is also often observed.

Despite being a great keeper by nature, the bullmastiff is very affectionate and friendly with their own kind. However, when they have not been properly socialized, they tend to be reserved and cautious. Sometimes even aggressive, with strange people and dogs. Socialization, therefore, is an obligation for this breed. When the bullmastiff is properly socialized, they can tolerate strangers willingly and get along with other dogs, and even with other animals. However, they are not highly playful and sociable dogs, but rather a quiet family dog.

When the dog is correctly socialized they do not usually present behavior problems, since they are not inclined to bark often. However, they can be clumsy puppies as they don't know their own strength.

Caring for a bullmastiff

The maintenance of their short fur does not demand much effort. It is usually enough to brush twice a week to keep the hair clean and in good condition. It is not advisable to bathe these dogs very often.

Although they are large dogs, bullmastiffs only require moderate exercise that can be covered with daily walks. Because of this, and their calm and quiet temperament, they adapt well to the life in an apartment - as long as they receive three or more walks daily. These dogs do not live well outdoors and it is best if they can live indoors, even if they have a garden.

This is not a dog for novice trainers or owners, but they can be trained and handled very easily by people who have some experience with dogs. Although the breed responds well to different styles of training - provided they are done without maltreatment - better results are achieved with positive training.

Upload a picture of your Bullmastiff 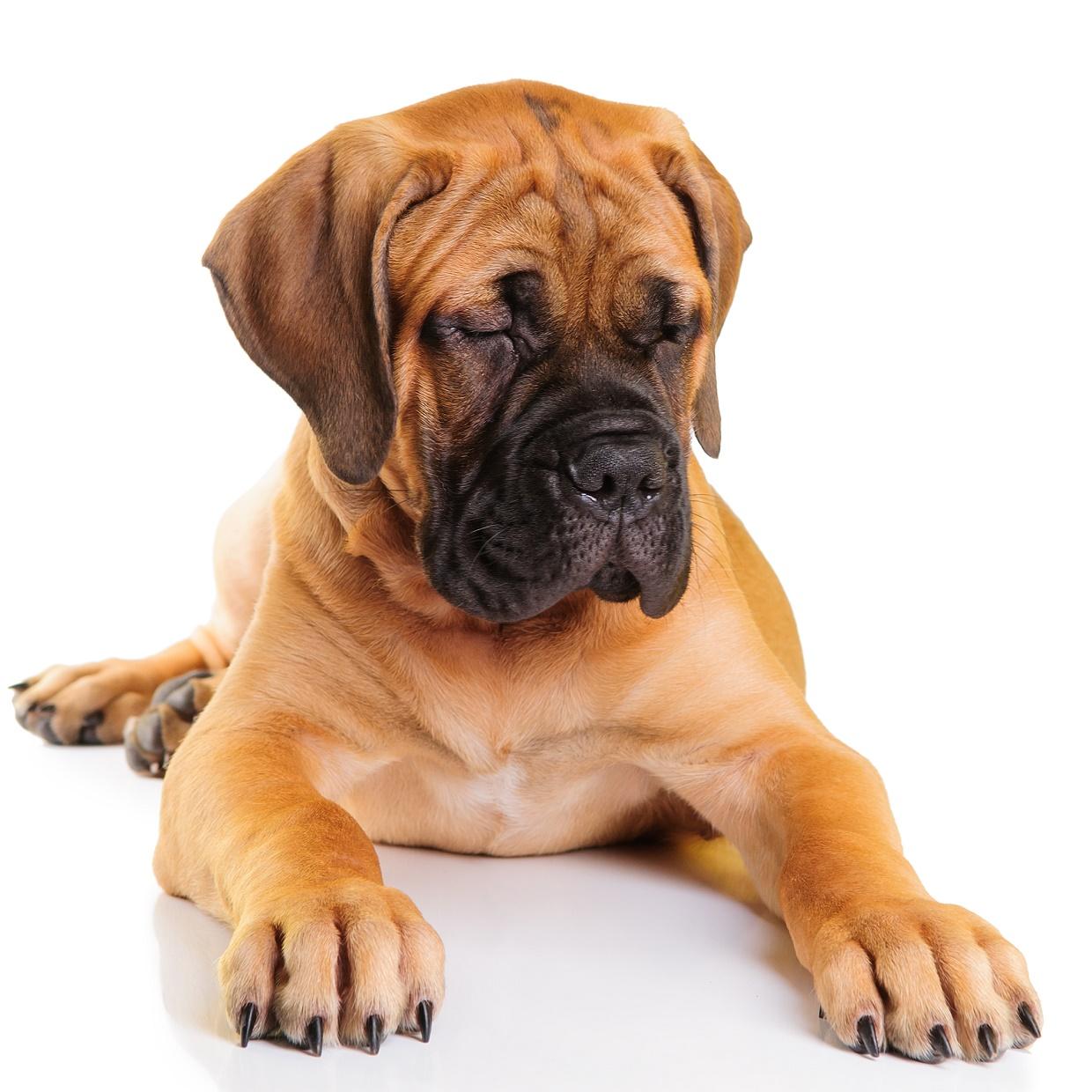 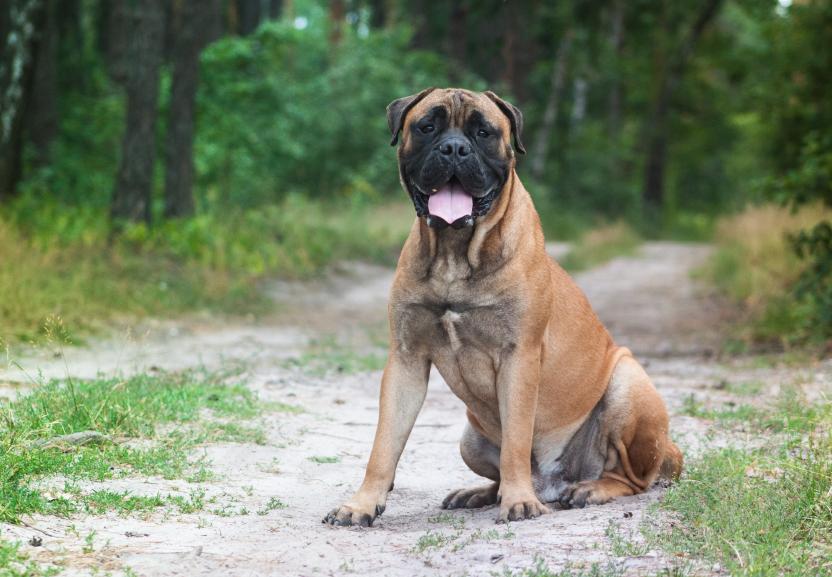 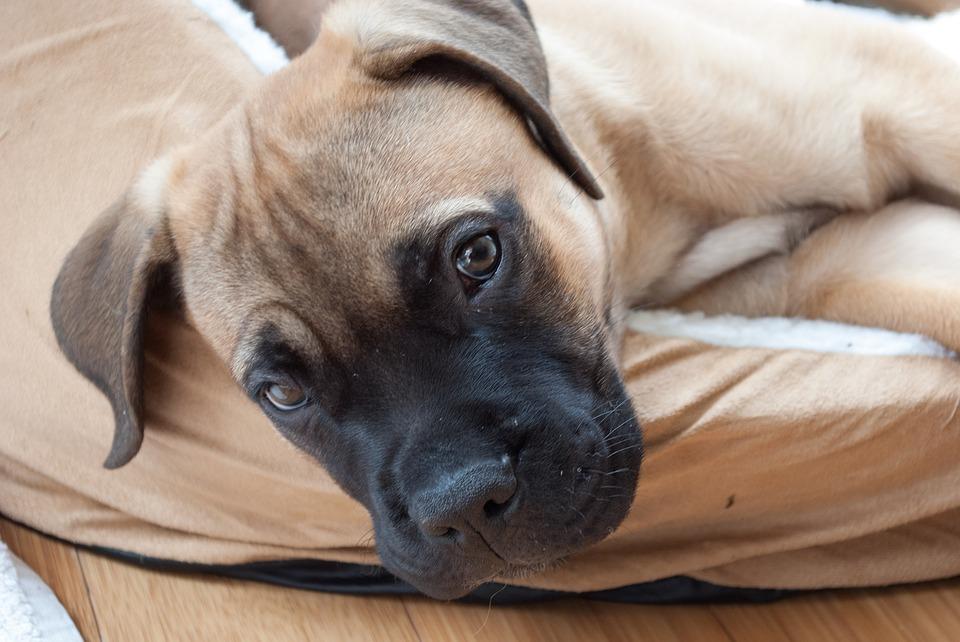 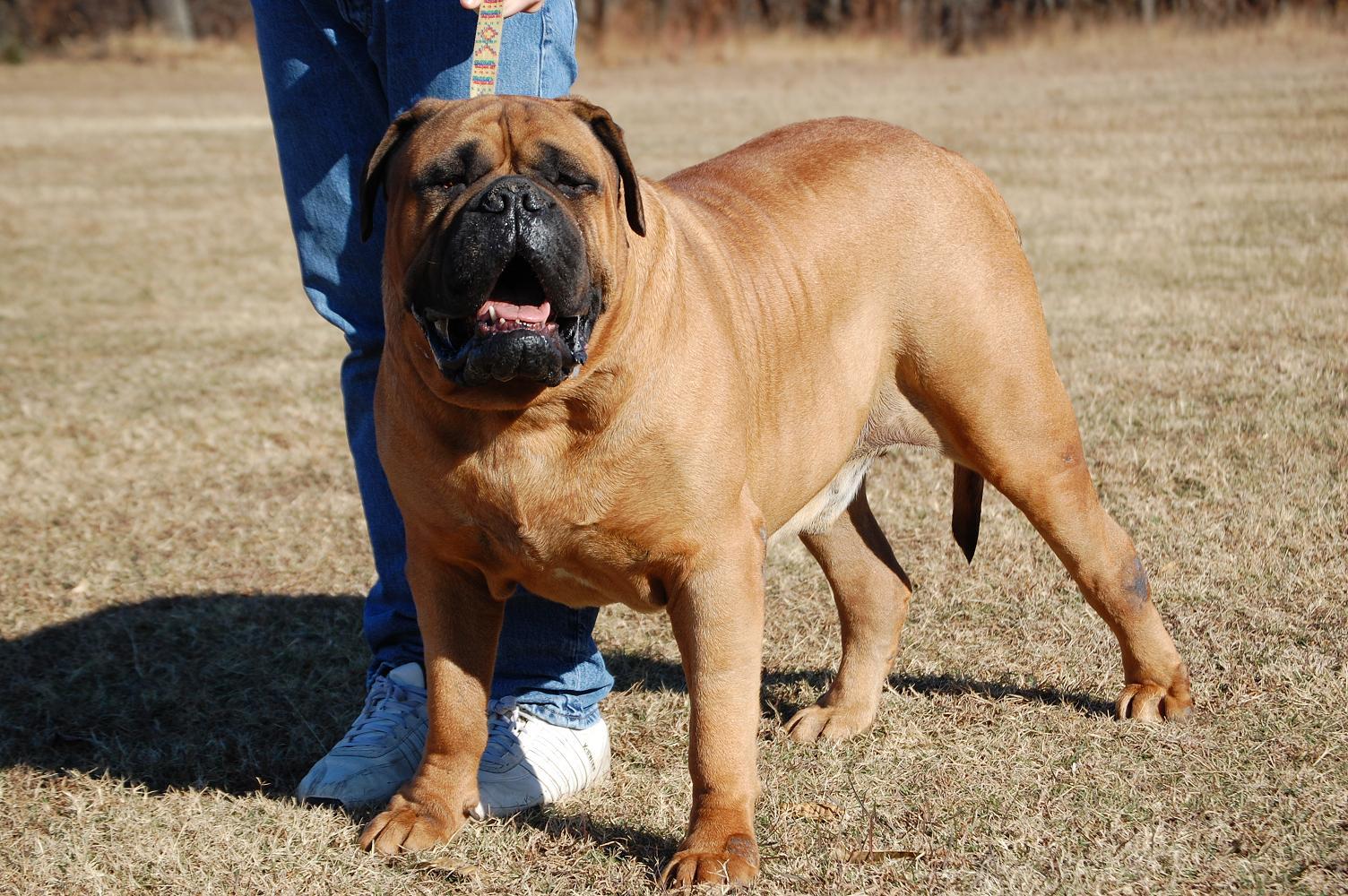 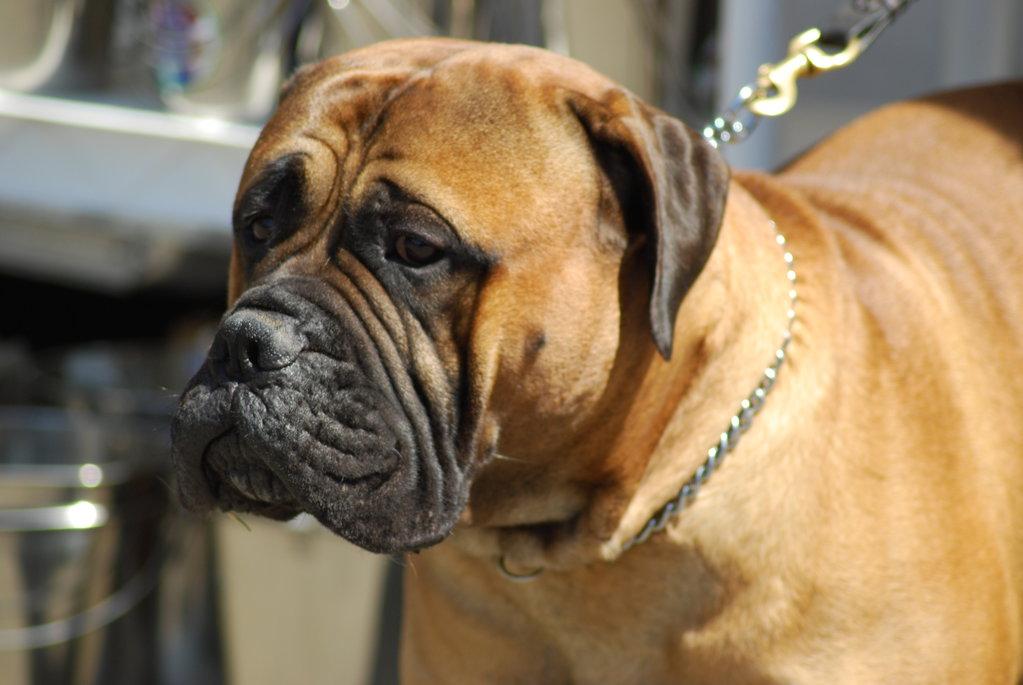 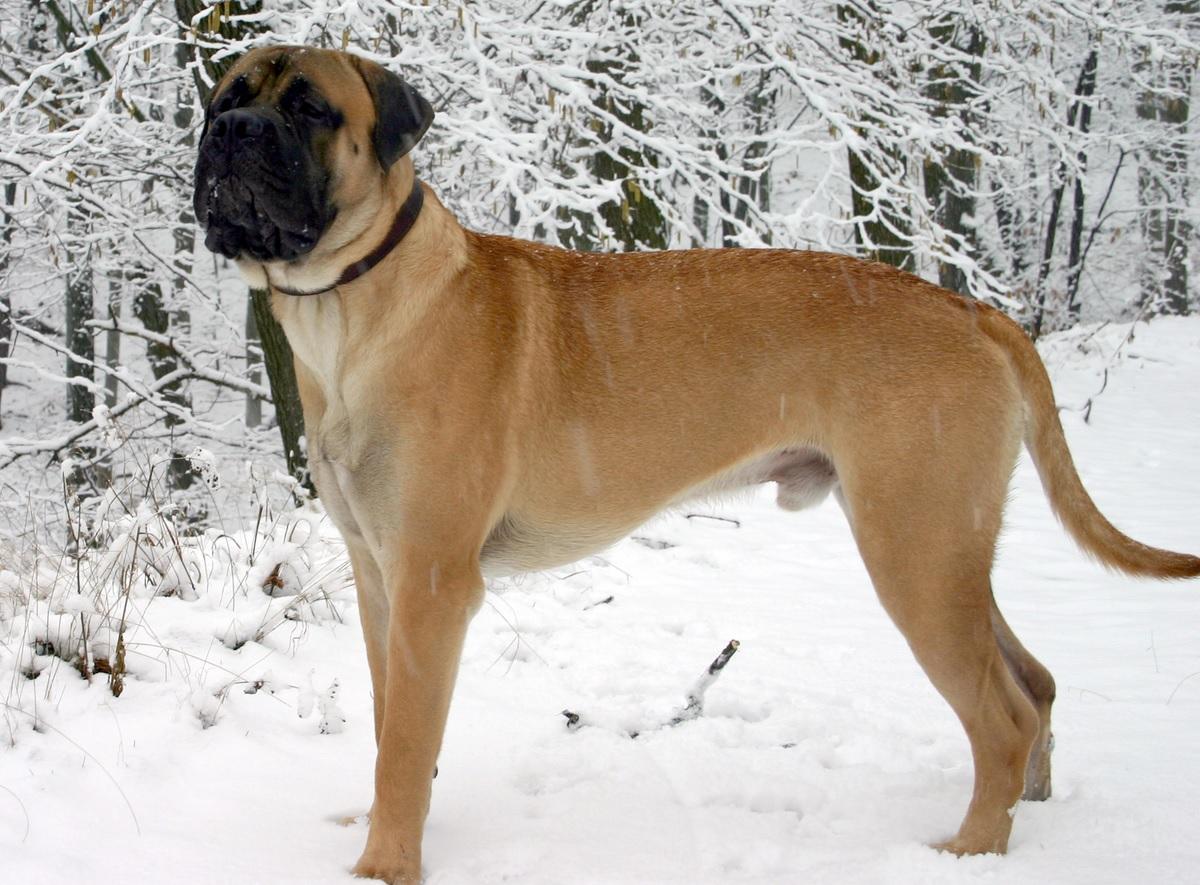 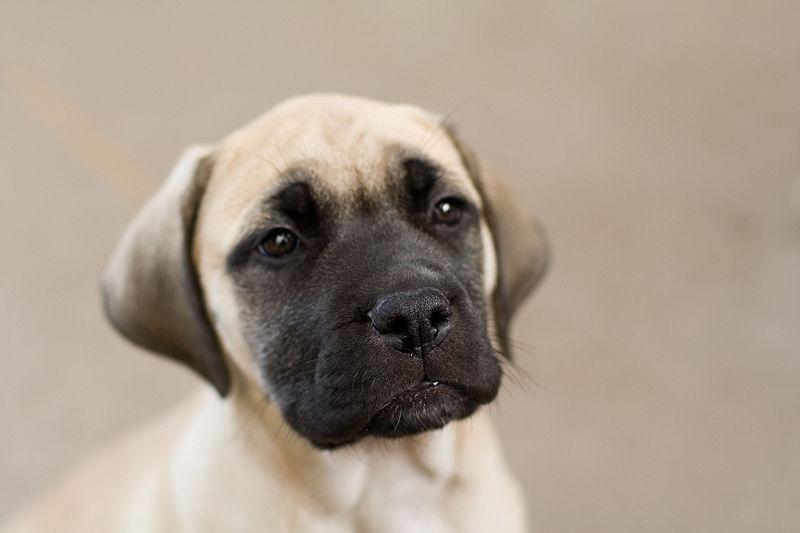 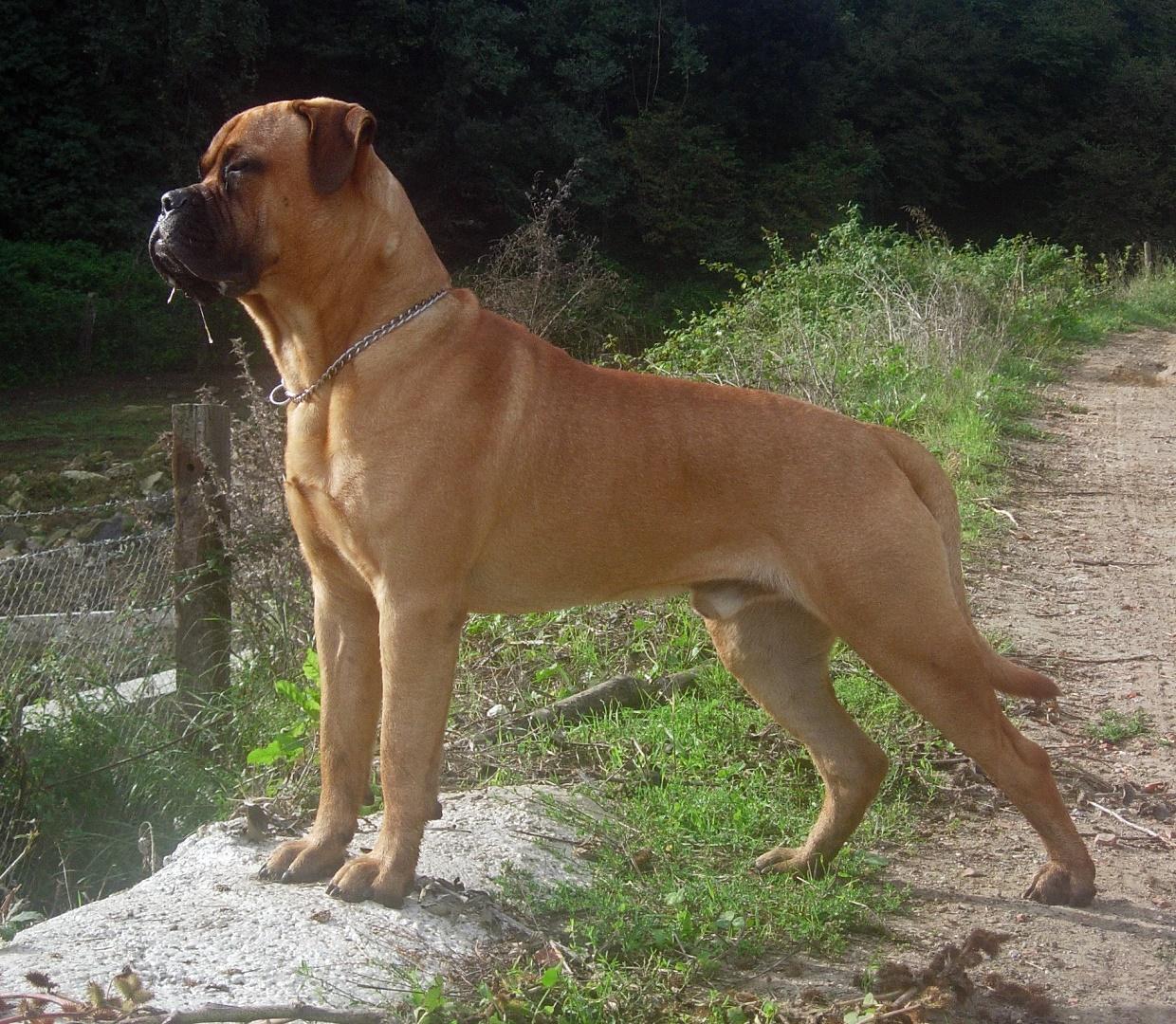 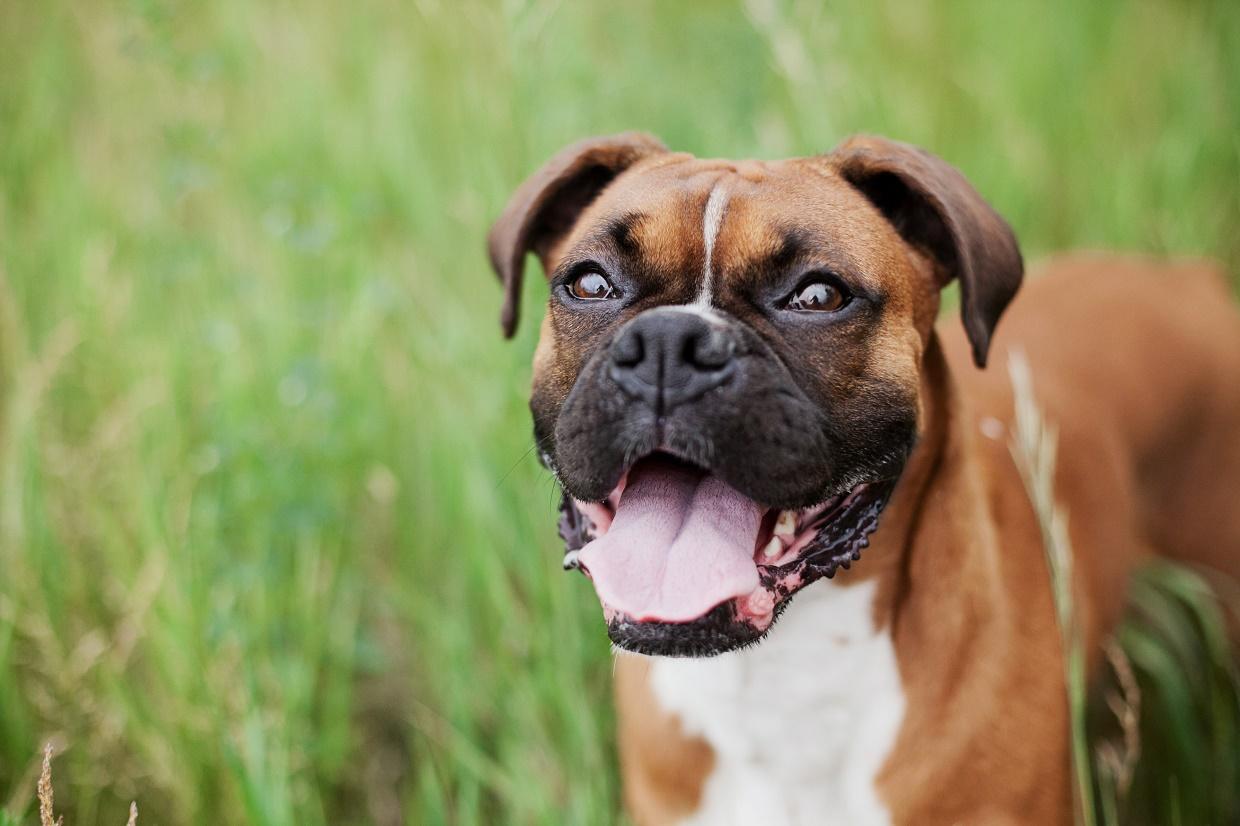 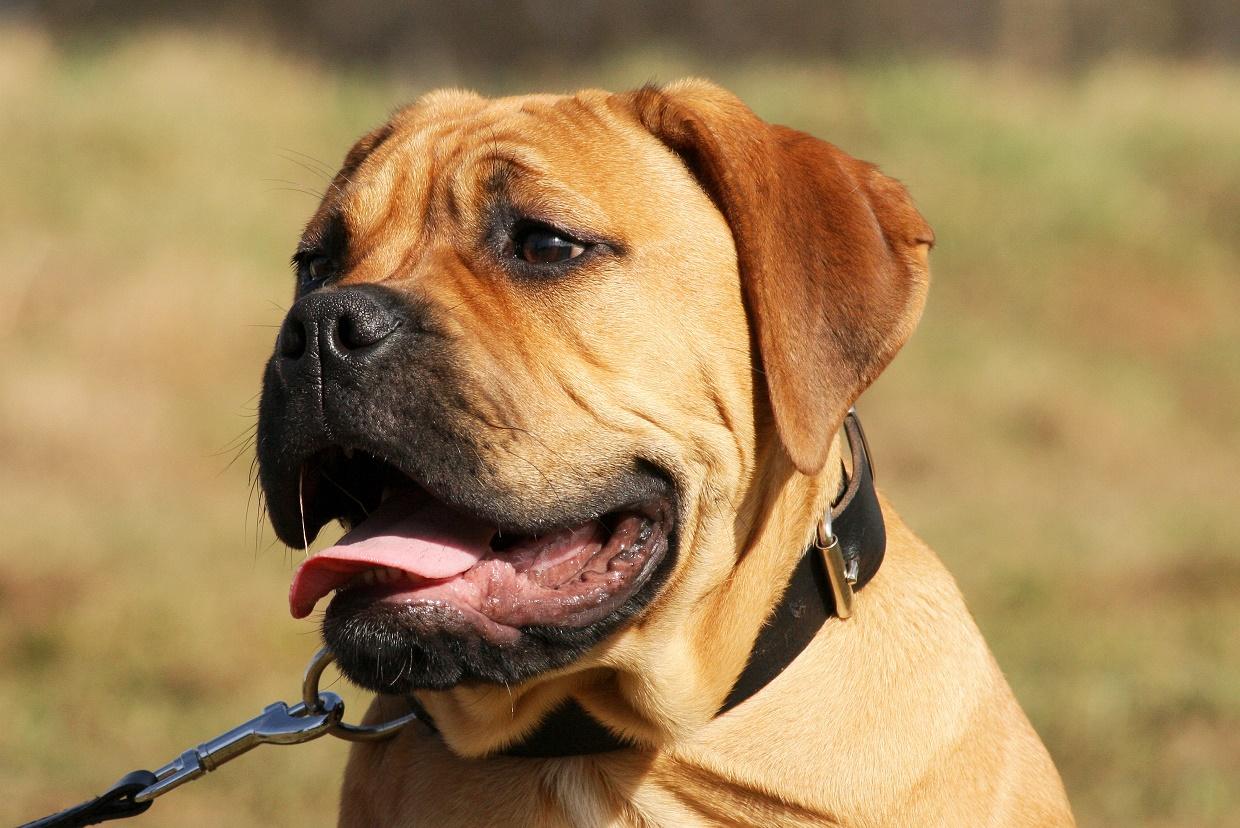 1 of 10
Bullmastiff
Back to top