The English pointer is one of the best known hunting dogs. Their image is so intimately associated with hunting that for many it is impossible to imagine them in another facet, even though they also make excellent pets.

They are often simply called pointer, leaving their nationality aside.

Want to discover more about them? Then this AnimalWised breedfile is the perfect place for you.

Origin of the English pointer

Although it is accepted that the present pointer is of Great Britain, their history is little known. Some authors believe that a former Spanish pointer was the precursor of this breed, for which different races of hounds were also used, but there is no precise data to support this hypothesis.

What is known with certainty is that the pointer already existed in the seventeenth century and since then was used to point prey. Precisely, their name comes from the English "to point", that means to show or to indicate and that alludes to the characteristic behavior of these dogs during the hunt.

Today the pointer is not only a seasoned hunter, but also a beautiful exhibition dog and an excellent pet in many homes.

This dog is tall and slender, giving the right impression of strength and agility at the same time. Just by observation, one can know that this is a dynamic dog that enjoys intense physical activity.

The profile of the pointer presents delicate curves, due to its strong and muscular spine which is somewhat vaulted. In addition, the chest is broad and deep, reaching the elbows, and the ribs are well arched. The flanks are well raised, giving even more curves to the profile of this dog.

The head is of medium width. It presents a pronounced naso-frontal depression (stop). The nose is usually dark, but may be lighter in light-colored dogs. The muzzle is slightly concave and the jaws are strong and close in scissors (upper incisors cover the lower ones, being in close contact). The eyes may be hazel or brown and have a kind expression. The ears are medium, of high insertion and slightly pointed at the end.

The hair is smooth, straight, short, course, shiny and well glued to the body. According to the breed standard accepted by the International Cynological Federation (FCI), the most common color combinations are: lemon and white, orange and white, liver and white, black and white. Although less common, one-color and tri-color coats are also perfectly acceptable.

Having been bred for hunting in large areas, pointers are often very dynamic, curious and alert. Although it may seem paradoxical, their breeding has also left them with an inheritance of kindness and low aggressiveness. This is because they were raised as sample dogs, so they do not have to attack the prey, but only indicate where they are.

When they have been properly socialized since childhood, they are extremely friendly dogs, getting along well with people as well as with other dogs and other animals. In this case, they are excellent dogs for families with children or with pets. Of course, this depends on the correct socialization of dogs at an early age.

Selective breeding as hunting dogs has also made pointers intelligent dogs and very attentive to their humans. This, along with their hunter instincts, makes it very easy to train them to search in large areas and find prey.

Because of their lively and sociable nature, pointers can be excellent pets for families who have children or who have other dogs or other pets, as long as they have enough time and space to provide them with the company and exercise they need.

Caring for an English pointer

The coat of the pointer is one of their most attractive qualities since, although they lose hair regularly, just one brushing or two a week is needed to keep their hair healthy. It is also not necessary to bathe them frequently as they are kept clean easily.

Instead, their exercise needs are so high that they can become a problem if you do not have the right time and space. These dogs need a lot of exercise every day and that is why they are not suitable for sedentary people or living in small places. Ideally, they can play and run freely in large spaces for some time each day.

Even when they can be alone outside for a certain time during each day, the pointer also needs company. Although they can live in the garden, they need to spend time with their human families and socialize with other people and other dogs on a regular basis.

Because of their innate characteristics, these dogs are not fit to live in a small apartment and may find it difficult to get used to large cities with few green spaces. Ideally, live in rural areas where they have more freedom, or have a large garden to exercise. If you want to have a pointer in an apartment, be sure that you will have to spend at least a couple of hours a day walking them.

When they have been properly socialized since childhood, they are extremely friendly dogs, getting along well with people as well as with other dogs and other animals. In this case, they are excellent dogs for families with children or with pets. Of course, this depends on the correct socialization of dogs at an early age.

However, it also causes some difficulties in conventional canine training designed to make pointers good pets. These dogs learn easily, but they also get distracted easily, so you have to be patient when it comes to training. In any case, positive reinforcement is usually better for the pointer.

Either way, the most common behavioral problem in this breed (and in many other dog breeds ) lies in the lack of exercise that is provided to them. When these dogs do not get enough exercise and socialization they usually become tremendously destructive.

Upload a picture of your English Pointer 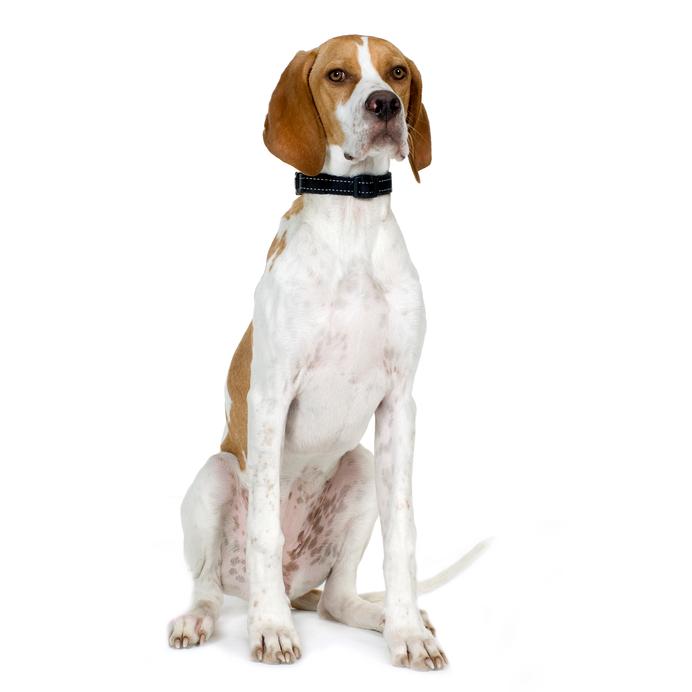 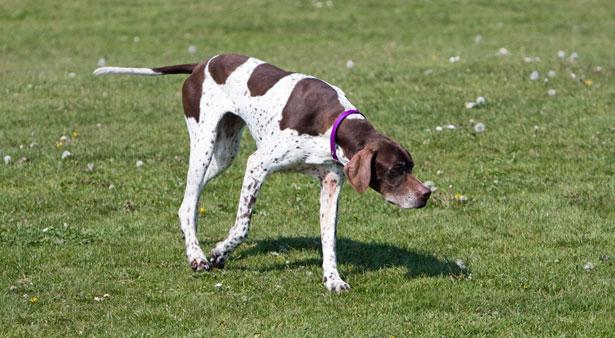 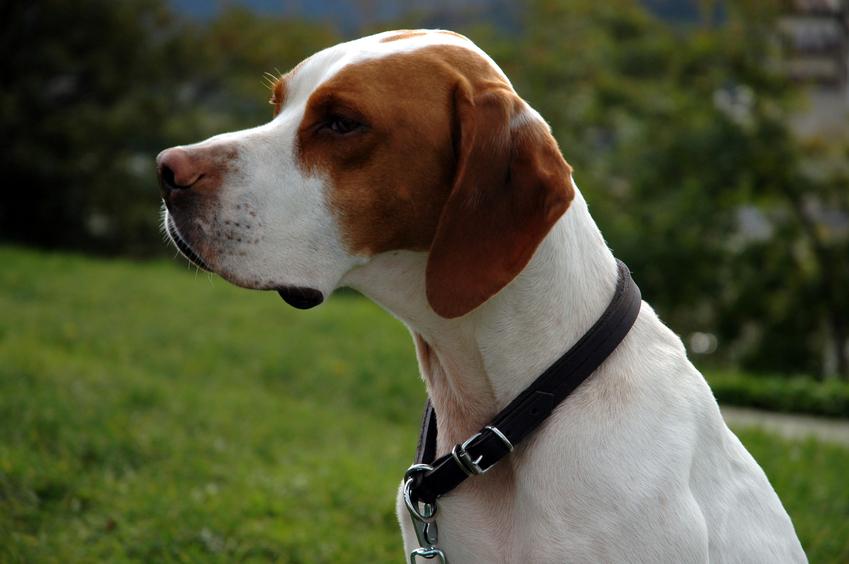 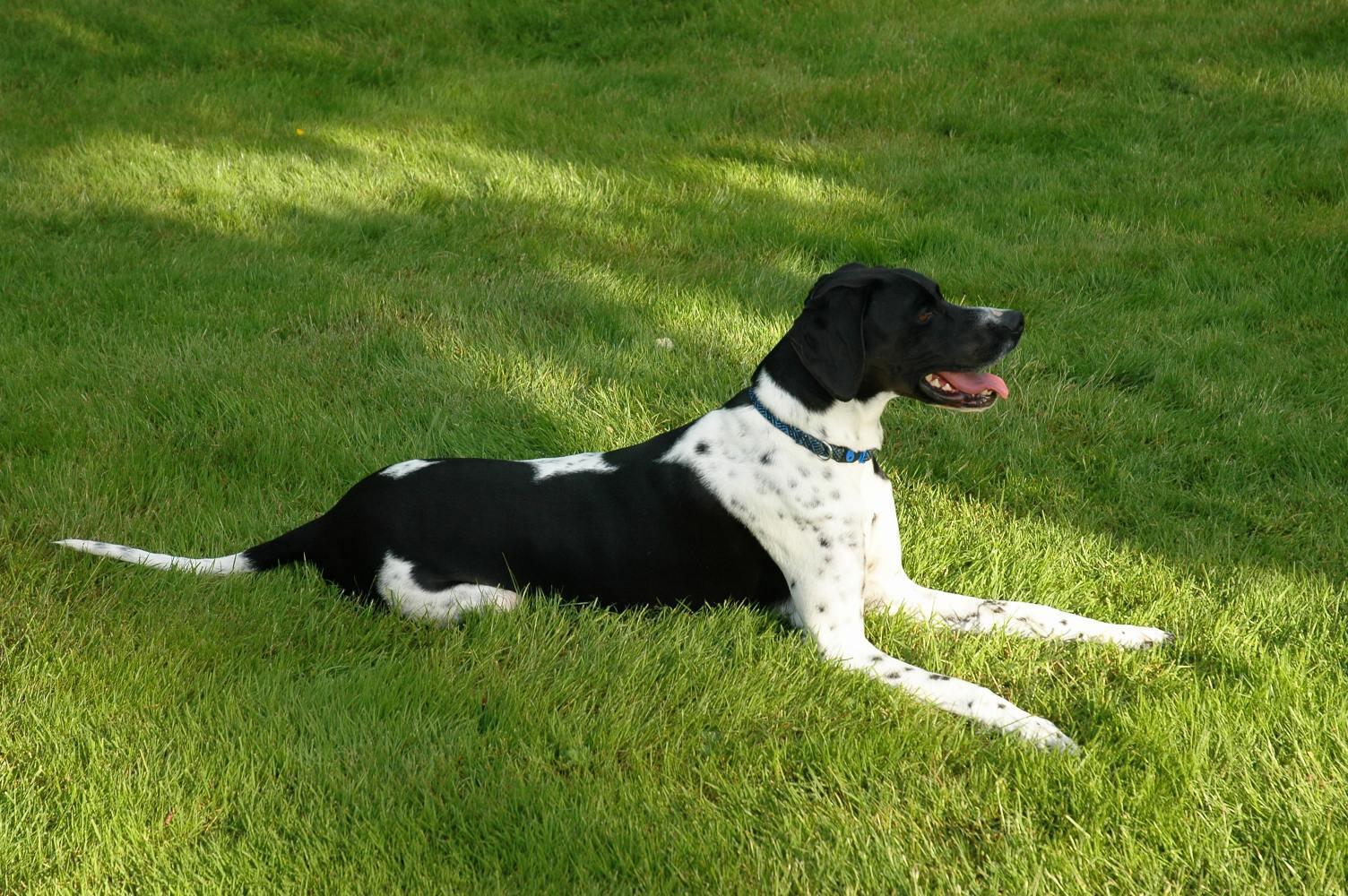 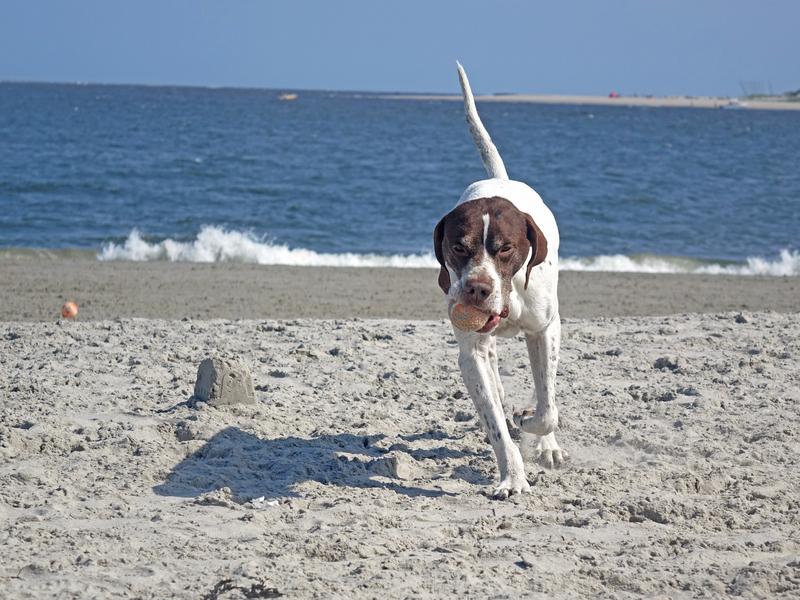 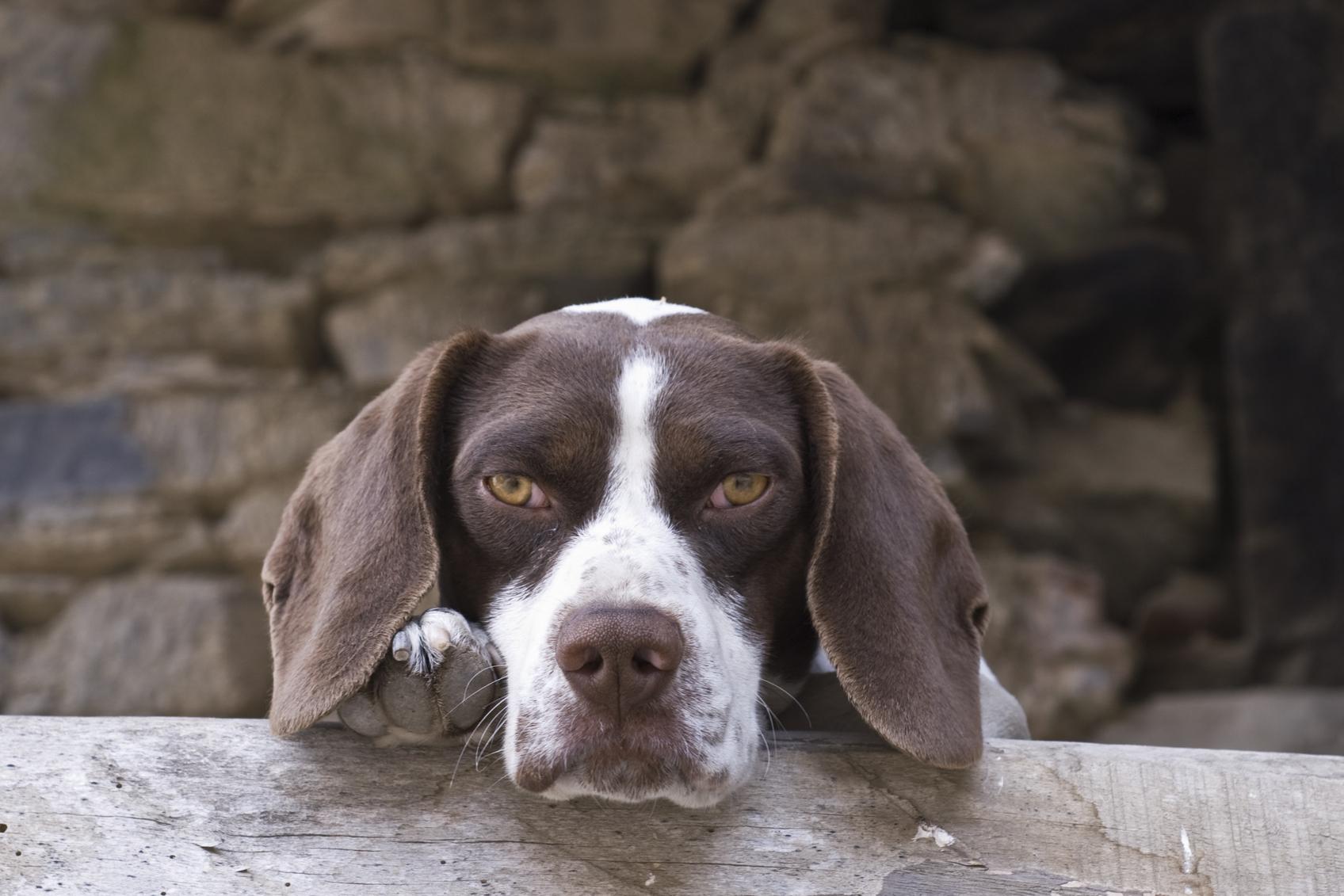 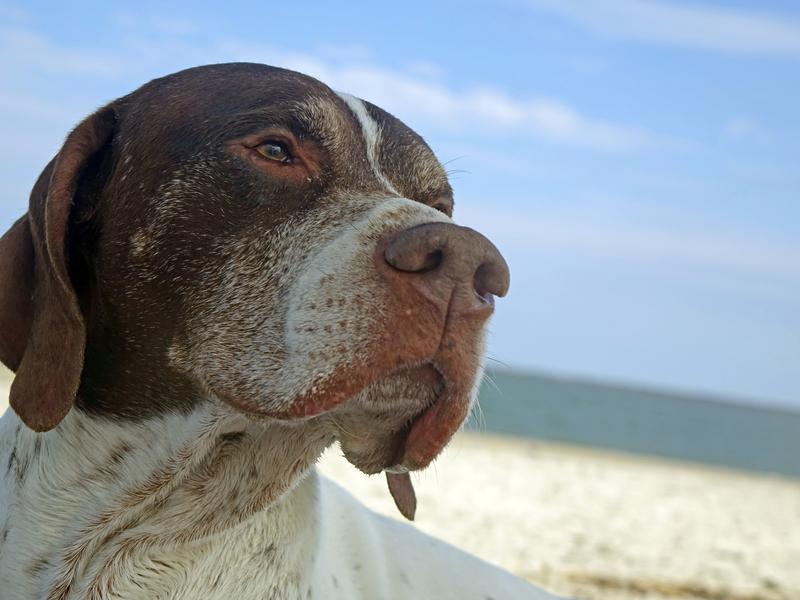 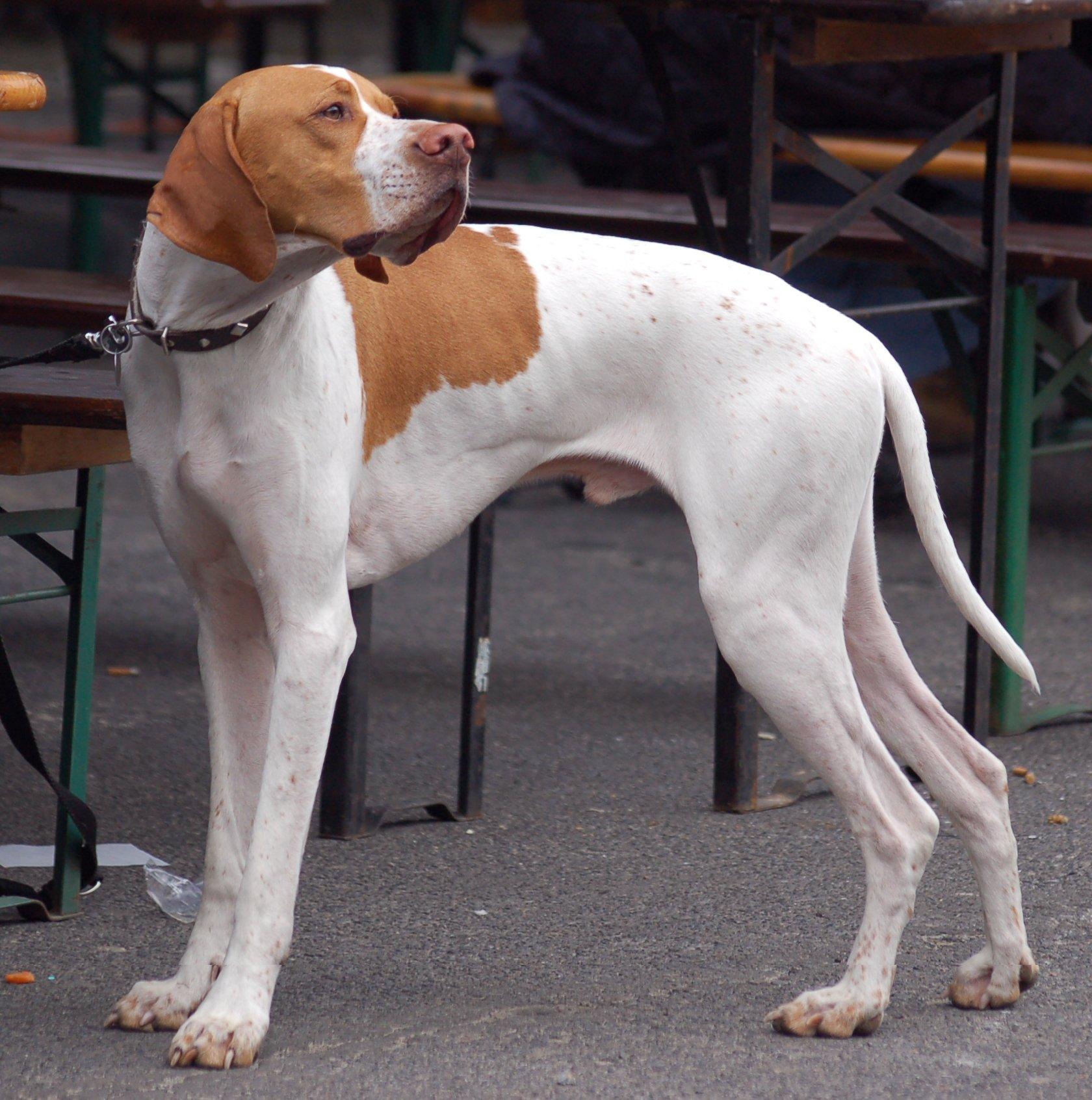 1 of 8
English Pointer
Back to top