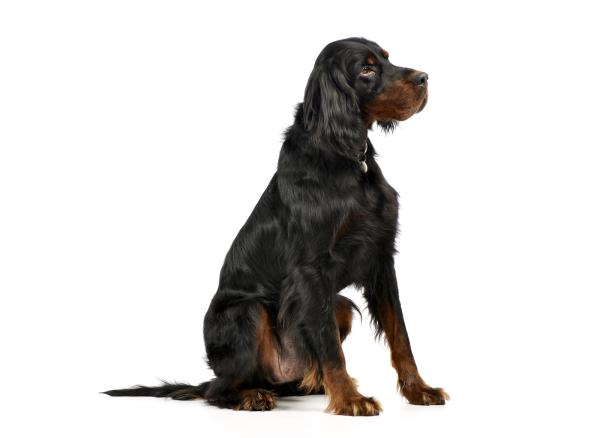 The Gordon Setter is characterized by being a medium to large dog and is a member of the Sporting or Gundog groups. They have tan or light brown spots on the muzzle, chest, lower edge of the legs and the eyes. They have long ears and a well-balanced muscular body. It is a noble and affectionate dog, which becomes very attached to their handlers, but can manifest destructive behaviors and separation anxiety when left alone.

Continue reading this AnimalWised article to learn about all the characteristics of the Gordon Setter dog breed. We look at their origin, character, education, care, health and where you may be able to adopt one.

Origin of the Gordon Setter

The Gordon Setter is a breed originally from Scotland. They first appeared in the year 1620 when a ‘black and fawn’ dog was given this name, but their exact origins are likely to date back hundreds of years prior. It is thought that it originated thanks to breeds such as the Burgos Retriever, Collie breeds, the Bloodhound and other ancient breeds of spaniel-type dogs. They were used for hunting capercaillies, pheasants, partridges and other birds.

This dog owes their name to the fourth Duke of Gordon as it was he who decided that the breed would be officially established in his castle in Banffshire in Scotland in 1827. If you want to know more about Scottish breeds, do not miss this other article with a list of Scottish dog breeds.

Characteristics of the Gordon Setter

The Gordon Setter is a medium to large sized dog, standing 58-69 cm (23-27") tall and weighing between 20-36 kg (45-80 lb). It is a well-proportioned dog, with a robust and strong body which has the following physical characteristics:

Coat color is charcoal black with tan or chestnut-red markings on legs and underside of throat, legs and snout. Some Gordon Setters have a white chest patch or black spots under the jaw or toes. Rust red is not accepted.

The Gordon Setter is a very affectionate and pleasant dog with their caregiver. They are also very energetic, especially when they are a puppy or young. It is a very tolerant canine with children. They will be protective of kids and enjoy playing. Of course, being a large dog, they must always be supervised and we must be careful with babies and very young children.

By establishing a strong bond with their guardians, the Gordon Setter may not tolerate being alone and may develop certain problems such as separation anxiety. This can lead to destructive behavior, stereotypies and excessive barking. It should be noted that it is a shy dog with strangers. They prefer to be surrounded by their family rather than by guests. For this reason, the Gordon Setter can be a good watchdog. This does not mean they should live outside or separated from the home as they need regular interaction with their family.

They are also likely to become stressed if he is not allowed enough exercise each day. They are a very active dog that requires high levels of daily physical activity.

Being a dog so distrustful of strangers, they can show somewhat aggressive behavior with them. This is why they require proper socialization from puppyhood in order to make them accept all kinds of people and animals, as well as different environments, sounds, etc. In this way, we will get a more sociable and tolerant dog.

Due to the Gordon Setter's intolerance to loneliness, it is essential to get them used to being alone at home to prevent them from developing separation anxiety. To do this, it is best to start with short outings and progressively increase the time we are out. Education must also control destructive behaviors and achieve an ideal house dog through the positive reinforcement technique. This means rewarding good behaviors without using punishment of any kind. In this way, the results are obtained earlier and more effectively.

Since they are a very active dog, they will enjoy training sessions and will show interest in continuing to learn as long as they are well motivated. This is also why positive training is so important.

The beautiful coat of the Scottish setter requires maintenance by brushing at least twice a week. This should be increased during spring and autumn shedding seasons to remove any dead hair which accumulates. Bathing will be necessary when they are dirty, being important to eliminate bad odors and traces of sebum and dirt that brushing cannot remove. Medicated shampoo treatment may be required avoid canine dermatological problems.

Having long and drooping ears, they are prone to the accumulation of wax, secretions, dust and dirt. These can lead to infections and subsequent ear inflammations (otitis). These are very annoying and painful for the dog, so good hygiene of the ears and trimming the hair of the same from time to time is key to prevent these processes. Nor should we forget the hygiene of the teeth and eyes to prevent infections and inflammations that affect these areas.

Regarding physical activity, these dogs are very active and energetic. They require high levels of daily exercise through long walks, runs, sports and games with their handlers. It is also important to maintain mental stimulation at home through proper environmental enrichment with a variety of toys and intelligence games.

The Gordon Setter's diet must be complete, balanced and intended for the canine species so that it obtains all the nutrients in their correct proportions. This is regardless of whether it is a commercial or homemade diet. The daily amount of food will depend on their individual characteristics, highlighting age, physiological state, climate and daily physical activity.

Regarding the health of the Gordon Setter, it is a strong dog with a life expectancy of around 11-14 years. As a large breed, they can be predisposed to diseases such as hip and elbow dysplasia, in which lameness, pain and osteoarthritis occur. They are also more prone to gastric dilatation-torsion syndrome if they undergo copious amounts of exercise after eating a lot of food.

Other frequent pathologies in the Gordon Setter are progressive retinal atrophy in which the photoreceptors (rods and cones) degenerate until culminating in blindness; hypothyroidism, in which the thyroid hormones that control many cellular processes in the body are reduced, lowering the general metabolism and having consequences; and cerebellar cortical abiotrophy, an inherited neurological disease in which cells in the cerebellum degenerate early.

In addition to these diseases, the Gordon Setter can be affected by any other diseases common to dogs. Good preventive medicine with vaccinations, deworming, sterilizations and routine check-ups are key to preventing these processes and maintaining good quality of life.

Where to adopt a Gordon Setter or Scottish Setter?

The Gordon Setter is not a common breed. It can be more difficult to adopt a specimen, especially in places outside the European continent. However, it is always a good idea to approach the nearby shelters in search of a Gordon Setter or look online for dog rescue associations. If you cannot find a Gordon Setter, we recommend adopting another type of dog. There will be Spaniels and other types of Setter dog breeds needing rescuing. This will both help the individual dog find a new home, as well as ease the strain on rescue dogs as there are insufficient families to house those in need.

Upload a picture of your Gordon Setter 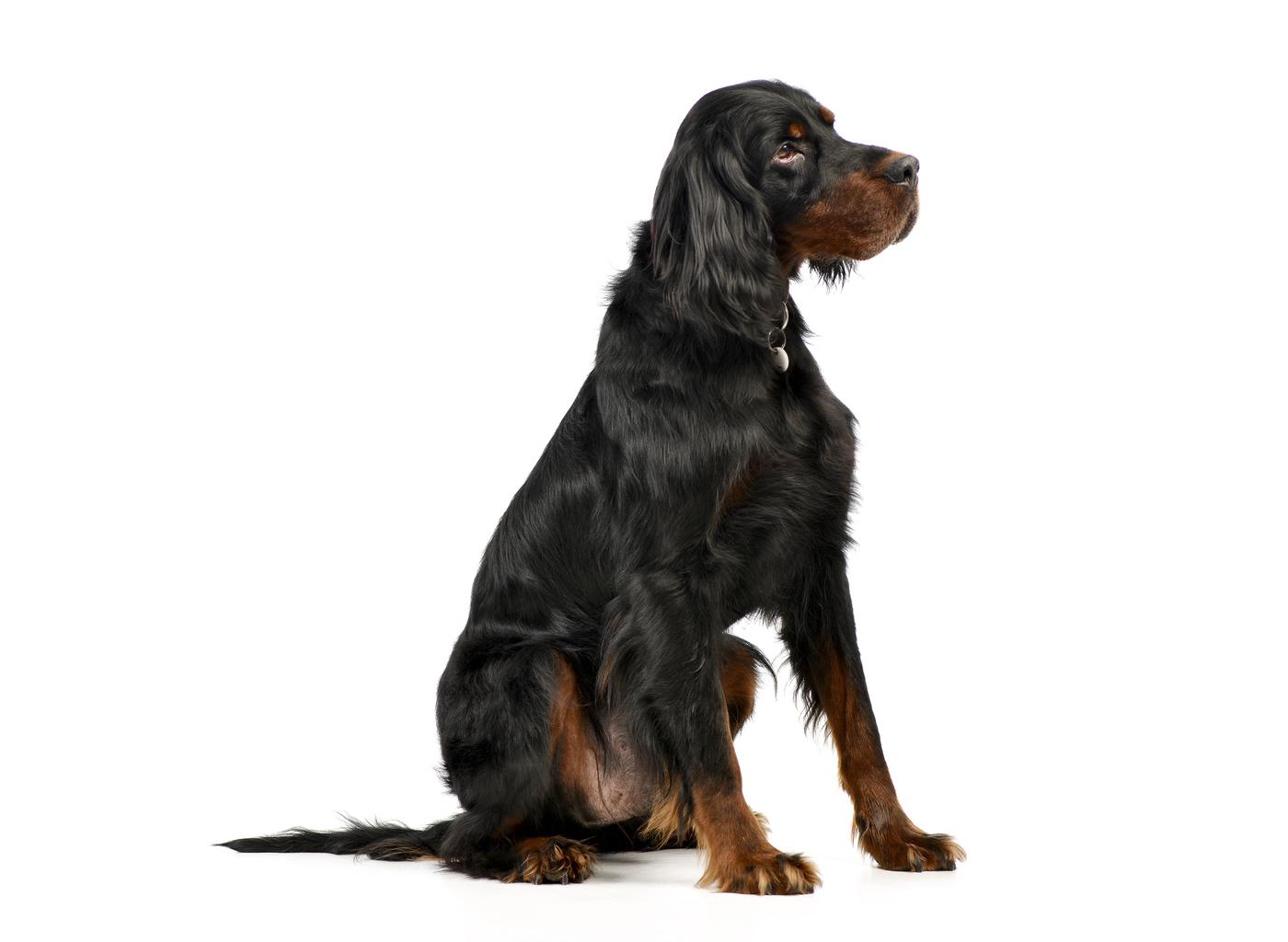 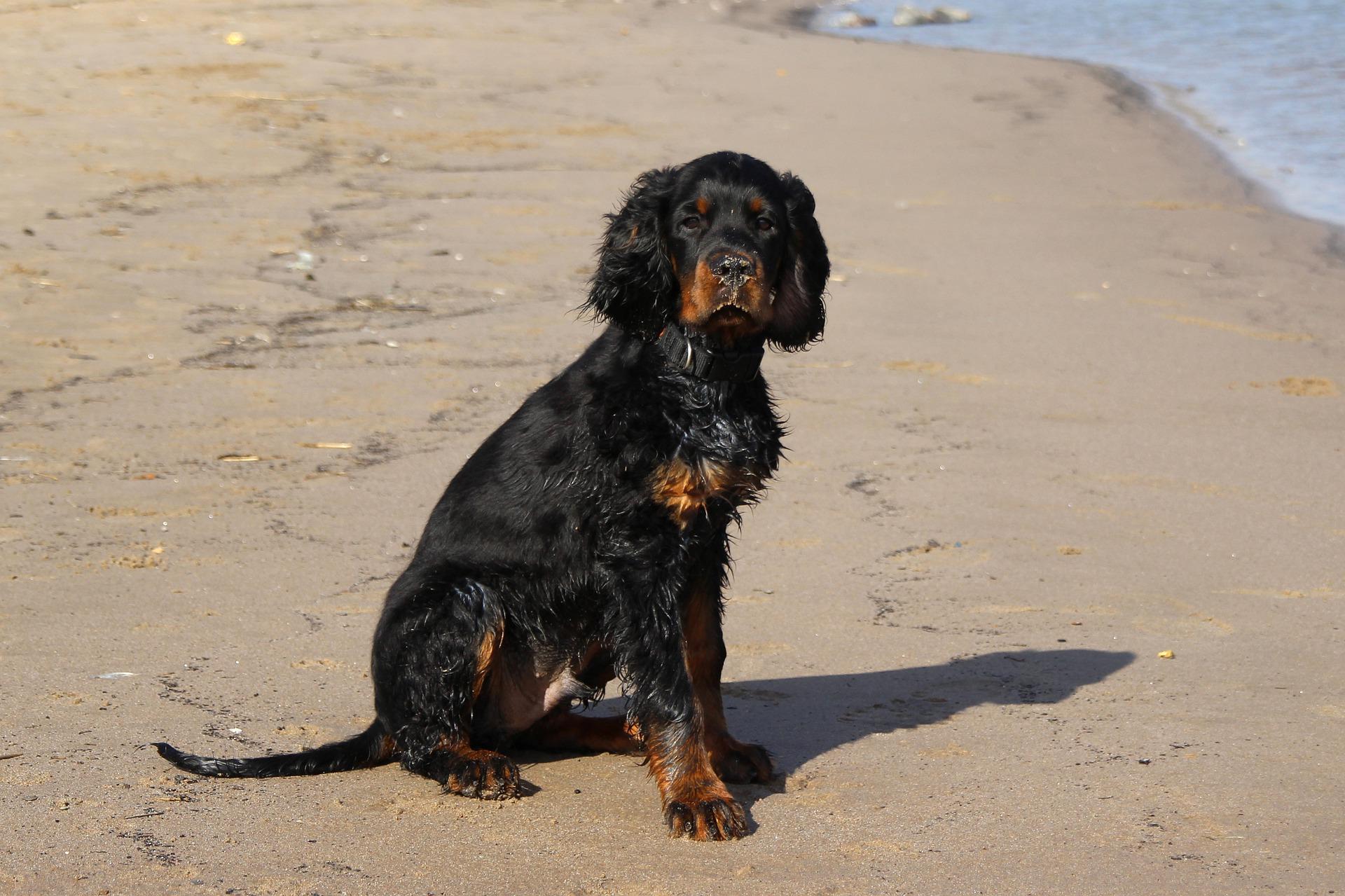 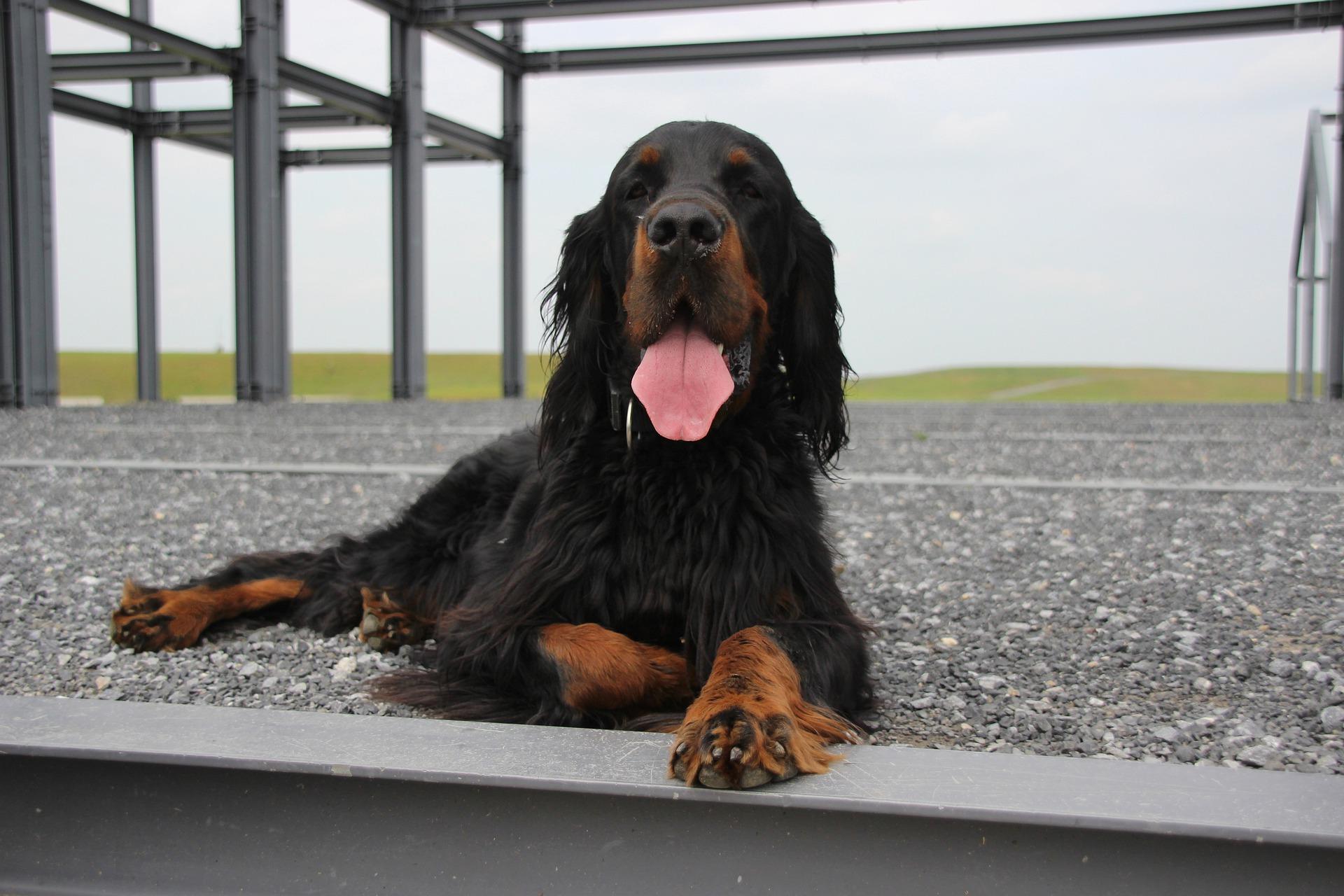 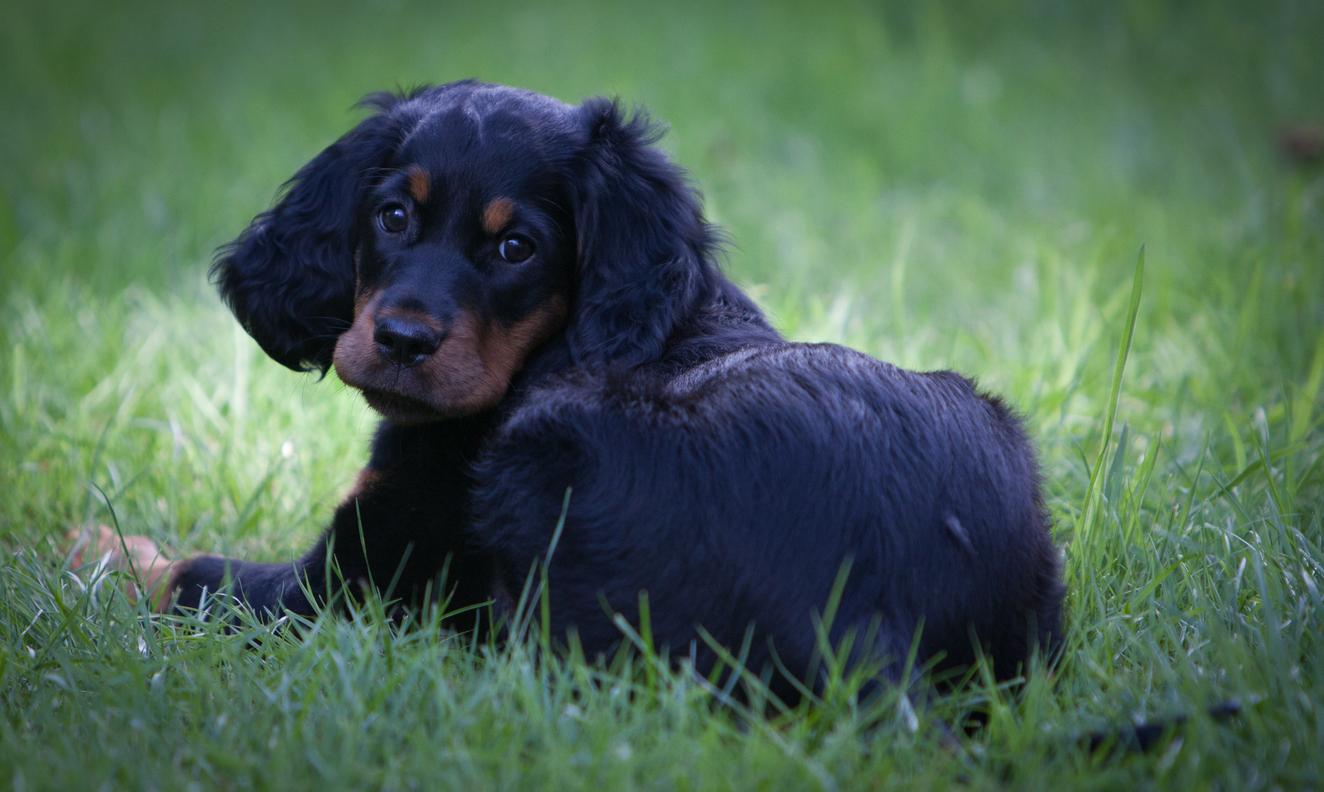 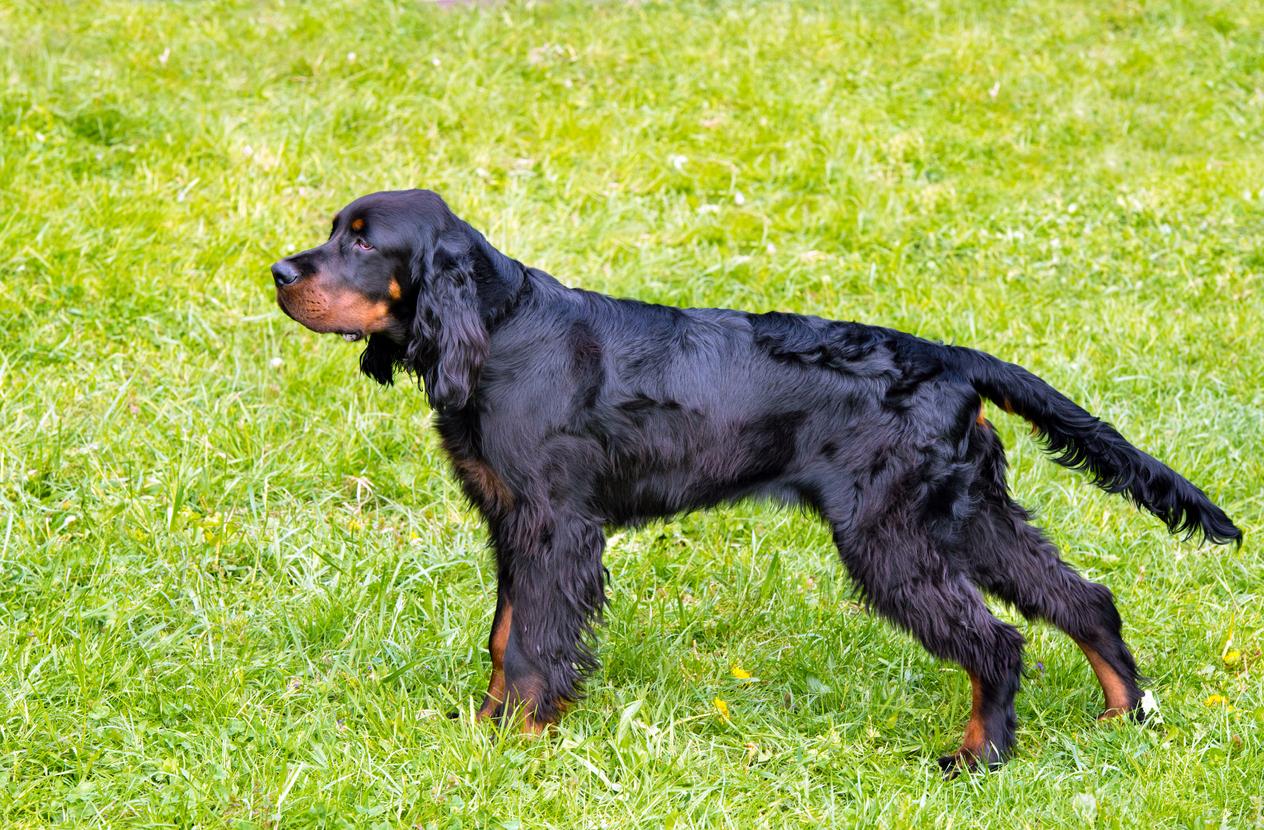 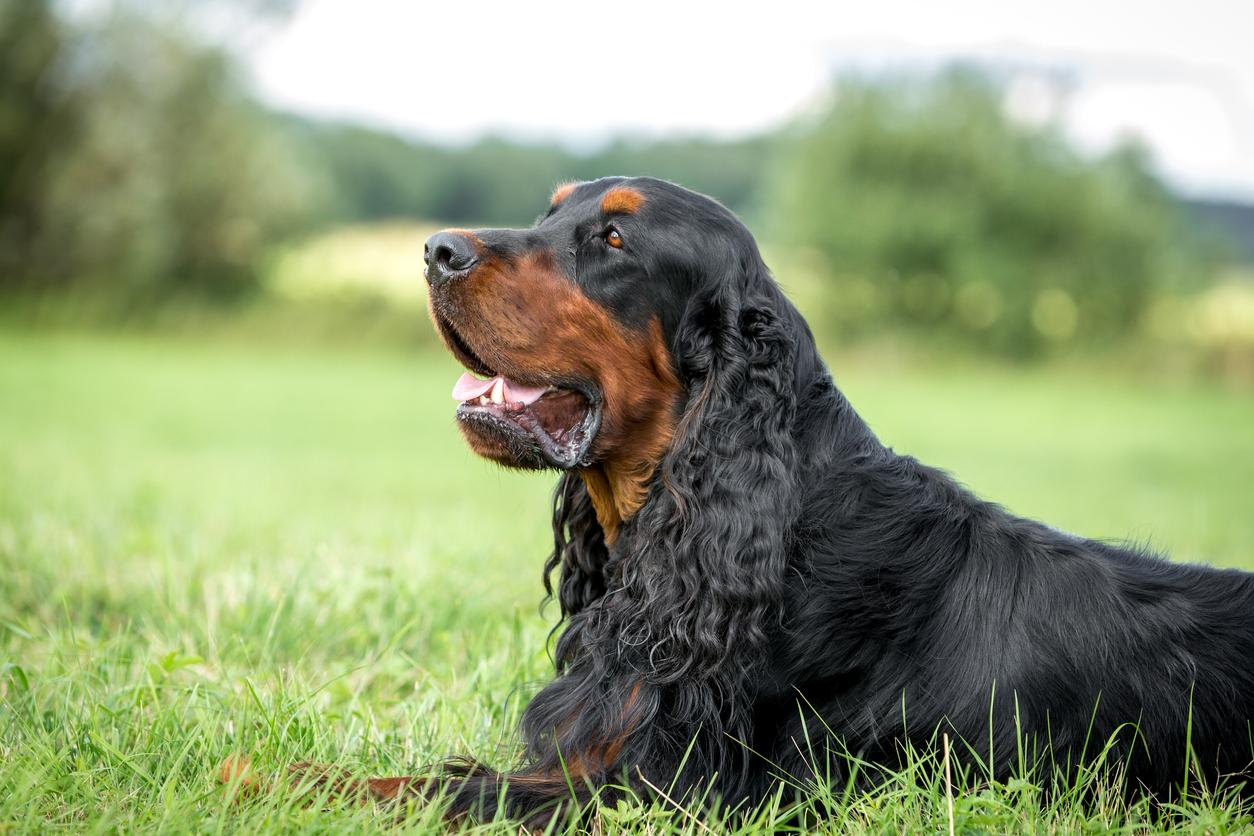 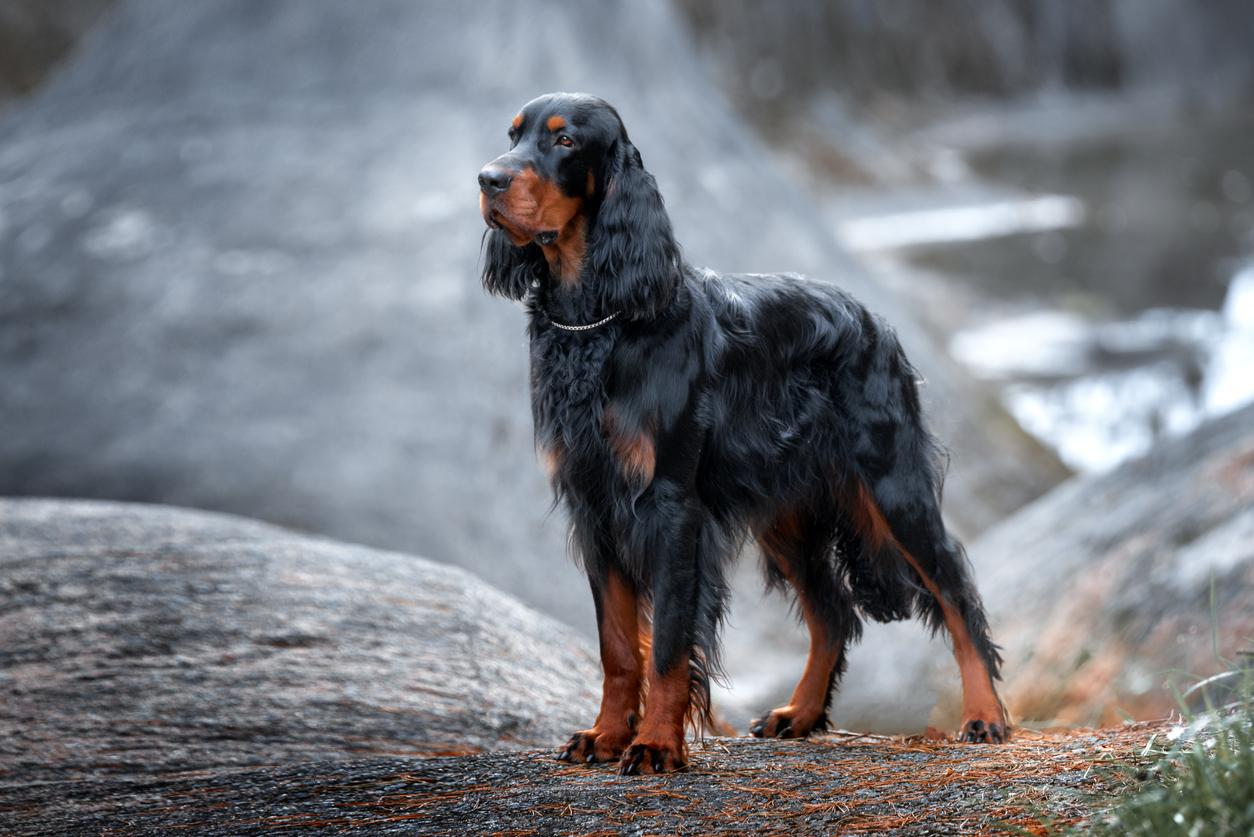 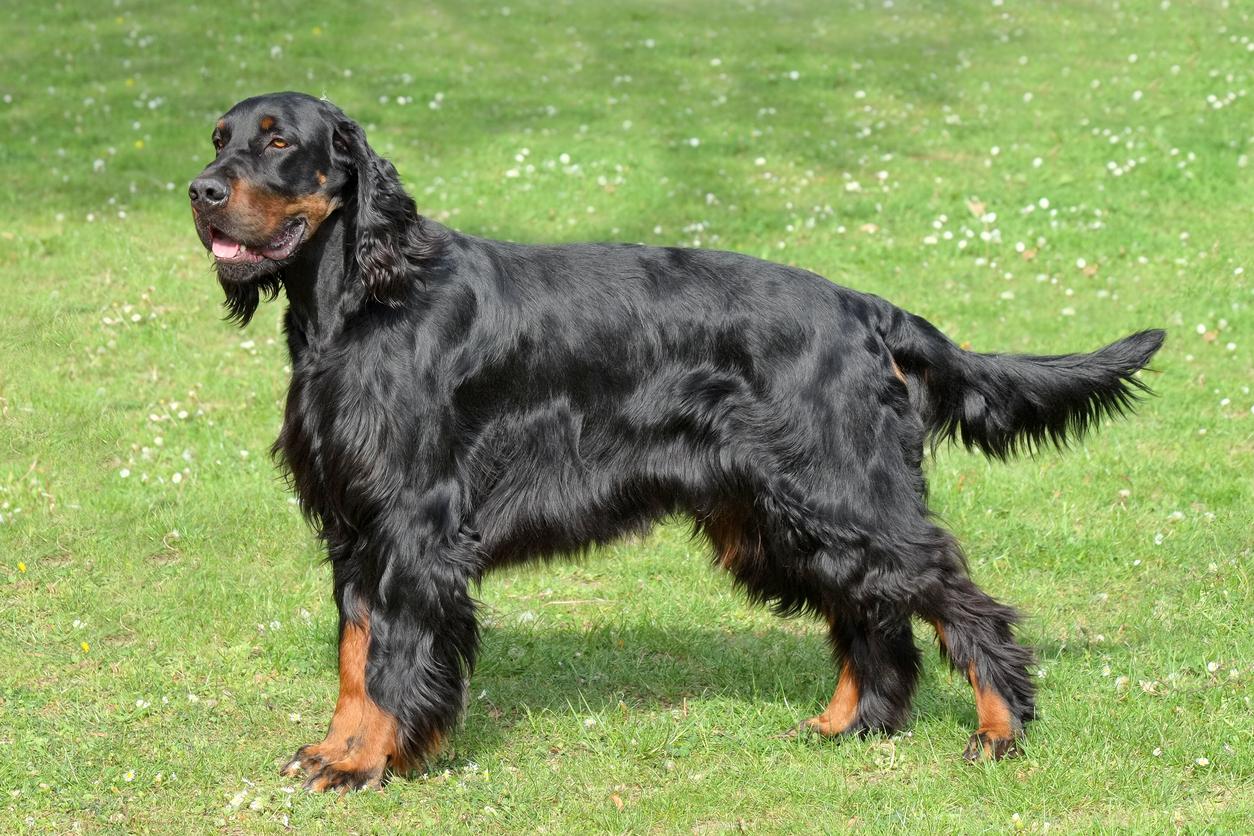 1 of 8
Gordon Setter
Back to top