10 Facts About the Platypus 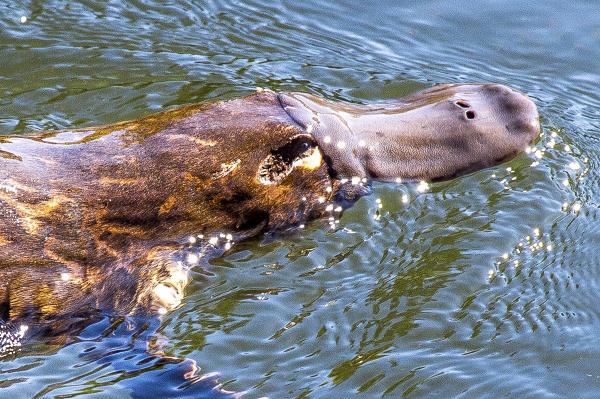 The platypus (Ornithorhynchus anatinus) is a unique creature, and an unusual animal in many ways. Platypuses are known for their paddle-shaped beaver-like tail, their sleek body with fur much akin to that of an otter, and the flat bill plus webbed feet similar to those of a duck.

Besides, the platypus is among the rare venomous mammals. Males are equipped with spurs on their back feet back linked to a gland that secretes venom, especially through the mating season.

Do you want to learn more about this fascinating animal? Stay with us at AnimalWised and discover 10 facts about the platypus.

You may also be interested in: Fascinating Facts about Butterflies You Did Not Know
Contents

A platypus is about 15 inches or 38 centimeters long from the rump to the head, with the addition of the 5 inch or 12.5 centimeter tail. The weight of an average platypus is around 3 pounds or 1.4 kilograms, but those residing in colder climes may weigh more, the Australian Conservatory for Platypus points out. However, scientists have found that in the olden days platypuses were two times as large as the modern variety, at 40 inches or 1 meter in length.

Platypuses have a thick and dense fur coat that helps to insulate them from the cold water. The fur is shaded dark brown, with lighter fur close to the eyes. The underside also has light colored fur.

Their frontal feet are webbed, that is, they have extra skin between the toes that works as a paddle when they swim. The webbing retracts when the platypus is on the land, as this ensures the claws are more useful. For the protection of the webbing, these animals walk with some degree of awkwardness, balancing on the knuckles.

The platypus is known for its smooth, suede-like textured bill, earning the moniker of the “duck-billed platypus.” The bill of the platypus is rubbery and flexible, with receptors that help the creature to negotiate the underwater world and detect the movements of potential prey such as shrimps.

The platypus is an egg-laying mammal or monotreme, as they have a cloaca instead of a specific genital opening to give birth.

Where does the platypus live?

Platypuses reside in one small corner of the globe: they live in freshwater areas flowing through Tasmania and the eastern and south-eastern Australian coasts. They dwell in lowlands, plateaus, tropical rainforests and colder mountains; their thick waterproof fur keeps them warm in chilly temperatures.

They spend most of their time in the water, but they waddle off to create burrows on the banks of rivers using their claws. Platypuses also live under rock-filled ledges, under the roots of trees or debris.

What does the platypus eat?

The platypus is a carnivorous animal, that is, it does not eat plants. It feeds on aquatic or semi-aquatic small animals, especially invertebrates such as worms, shellfish, insects and larvae.

As they have only grinding plates and lack teeth, platypuses employ gravel scooped up to mince the meat into bits and pieces. Interestingly, it needs so much energy that it has to eat up to 20% of its body weight daily. The fat is stored in their massive tails for energy.

How does the platypus hunt?

Platypuses spend their time hunting for food: a hunt can last between 10 and 12 hours. Most activity is experienced during the nighttime because they are nocturnal. They can sleep during the day, and when they are not hunting they stay in the burrow.

They swim to detect the food in the river floor and similar water bodies using their sensitive bills. In order to hunt, the platypus uses its bill or its claws to scratch the soil under the water or to simply catch prey while swimming. Once it gets its food, it carries it up to the riverside in its cheek pouches, where it can eat in peace.

How does the platypus give birth?

While most mammals carry their offspring within the placenta and give birth to them live, platypuses lay eggs. Egg-laying mammals are called "monotremes", a category that also includes the echidnas or spiny anteaters.

A female platypus carries her eggs for about a month. When she is ready to give birth, she burrows deep under the ground and seals herself in a well-protected tunnel, where she prepares a soft insulated nest. She lays her eggs and places them between her rump and tail to ensure they get enough warmth.

Following a period of ten days of external incubation, the eggs hatch and the baby platypuses are born, bald and bind. They will be nursed for 3 to 4 months: platypuses do not have mammary glands, but secrete milk through their pores. After that period, the young platypuses will go out, and they will be able to swim alone at the time of weaning.

How is the platypus classified?

The platypus belongs to the phylum Chordata and the class Mammalia, just like us. Then, they are associated with the Monotremata order and the Ornithorhynchidae family. They are the only members of their genus, Ornithorhyncus.

The platypus is not threatened or endangered: the IUCN lists the animal under the Near Threatened category because of human alterations of their habitat. However, there are many wildlife sanctuaries that study and protect platypuses.

Another interesting fact about the platypus is that their skeleton resembles that of a reptile, with splayed legs and pectoral girdle. Although their ears, noses, and eyes are sealed tight to protect them when they are in the water, they cannot remain submerged for more than 30 to 140 second periods.

How does the platypus move?

Platypuses swim with their front feet, with a rowing motion, and move back or turn with their back feet and tails, which they use to steer.

These creatures are better at underwater movement than at walking across the land. They use 30% additional energy when walking over land rather than swimming in the water, as per the Australia History Museum.

Is the platypus venomous?

The male platypus has ankle spurs on his back feet containing a venom that can kill small mammals, like dogs. Females also have spurs, but without the venom. Scientists believe that the reason for this difference is that the venom is used to establish dominance in fights between male platypuses during the mating season.

This venom, though lethal to small animals, cannot cause more than (quite extreme) pain to humans. The natural predators of platypuses include eagles, crocodiles and hawks, and it seems unlikely that platypuses use venom as defense.

In this article we answer in detail the common question: Is platypus venom deadly?

Electroreception means being able to perceive and understand electrical signs, such as static charge or another creature's electric field, through the senses. While land animals like echidnas or bees have this ability, it is more common in aquatic and semi-aquatic animals such as rays, lamprey, electric eels, sharks, dolphins, and indeed platypuses.

This skill allows animals to move around and locate prey or predators in their environment. Since platypuses have their eyes and ears shut underwater, they use electroreception to detect the electric fields of potential prey after they dredge up the muddy river beds with their bill. The electroreceptors can be found on the bill, which explains why they move their head from side to side when they hunt.

Now that you know 10 facts about the platypus, don't miss the following articles:

If you want to read similar articles to 10 Facts About the Platypus, we recommend you visit our Facts about the animal kingdom category.

10 Facts About the Platypus 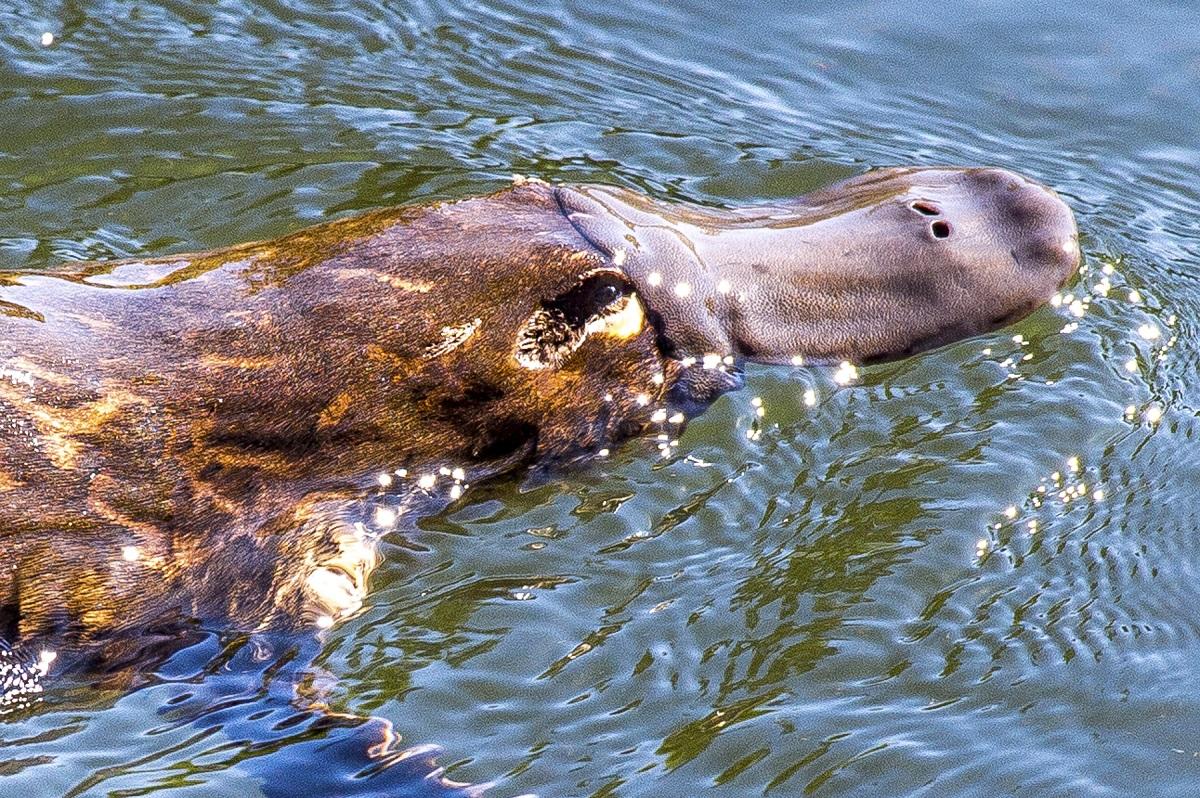 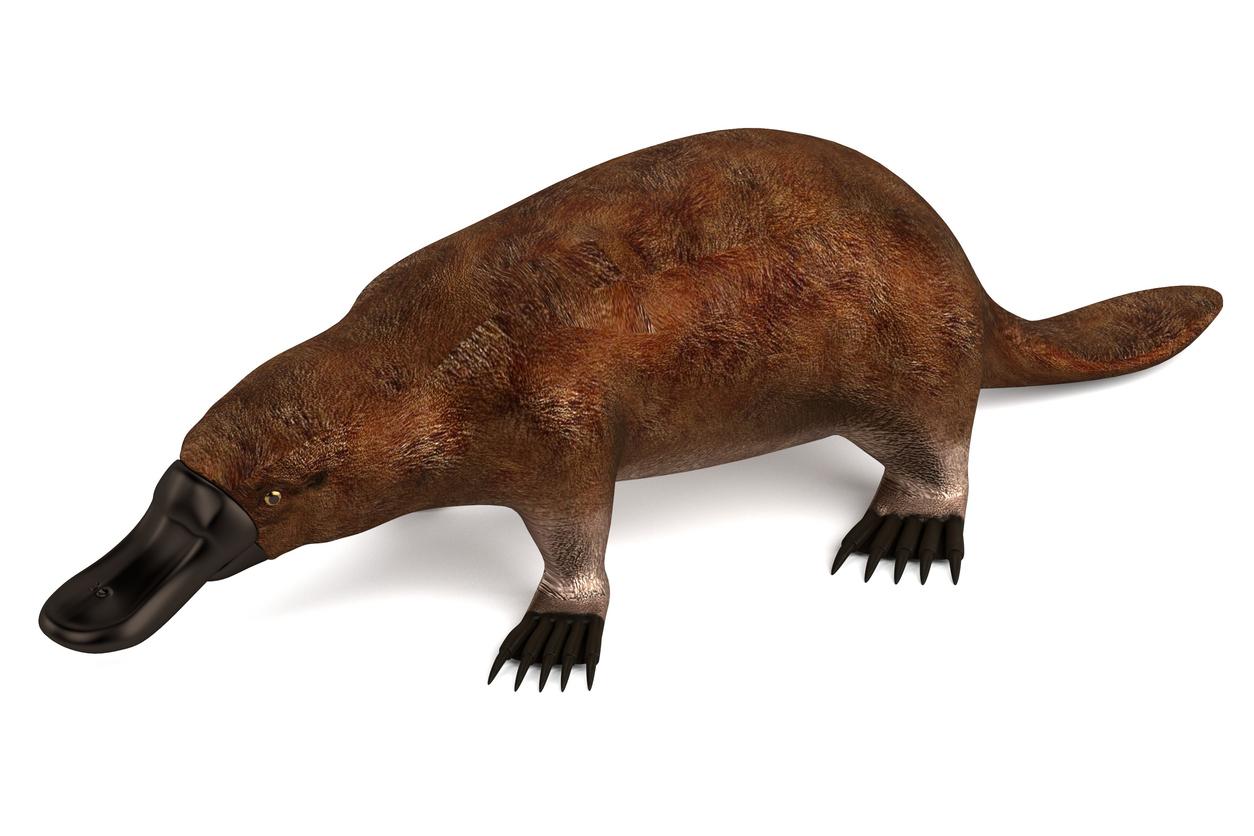 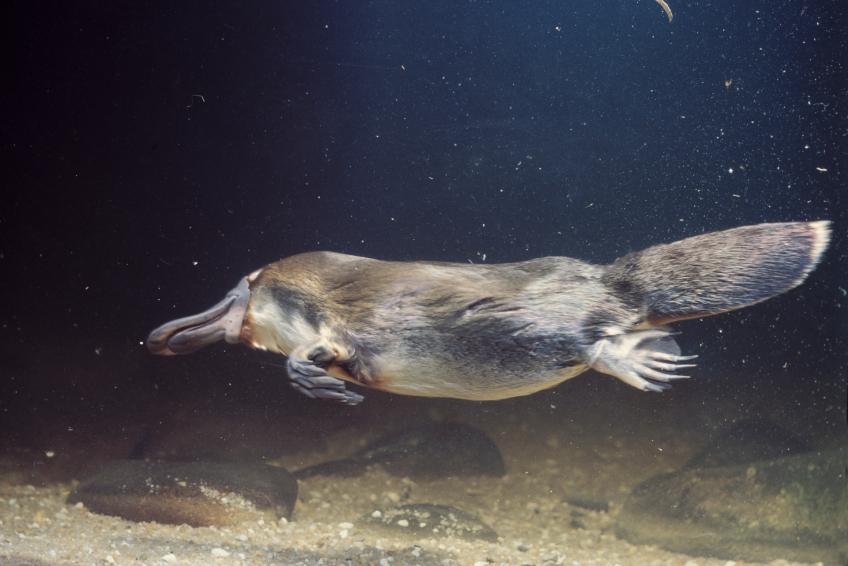