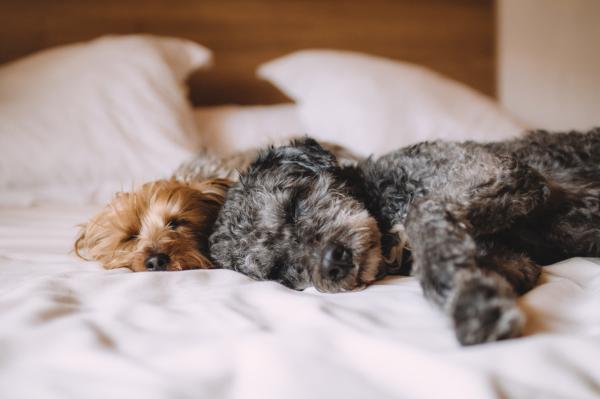 There are many genetic reasons why a dog might have a curly haired coat. If it is a mixed breed mongrel, then somewhere in its lineage is a dog with a curly haired coat. These coats can go from the tightly wound curls of a Poodle to the wavy curls of an Irish Water Spaniel. While genetics dictate the level of a dog's curls, the reason they have them is believed to be something to do with their traditional environment. The curls might protect them from certain terrain such as dense brush or bodies of water. They are also thought to be part of a complicated mating ritual for the opposite sex. AnimalWised has this list of curly haired dog breeds with descriptions of each to see why curls can look so cool in dogs.

You may also be interested in: Cat Breeds with Wavy Hair
Contents

Perhaps the immediate dog which comes to mind when we think of curly haired dog breeds is the Poodle. They are known for their coat which is why their appearance is so valued by breeders. The American Kennel Club doesn't categorize dogs by their coat, rather dog breeds tend to be grouped more by their size and purpose (e.g. hunting dogs or working dogs). Poodles fall into the non-sporting group according the American Kennel Club and pare particularly good show dogs.

Many owners will clip a Poodle's coat for show or for preference, giving them styles which can look a little silly to some. However, according to Stanley Coren[1], one of the most preeminent professors on the mental abilities of dogs, Poodles rank number two on his list of most intelligent dog breeds. This means they are more than just a pretty dog.

Poodle coats are a single layer coat, which is uncommon to most dogs which have a double layer. As it doesn't shed very much, this is what can lead to the longer or puffier coats Poodles often sport. Their coats need to be maintained well otherwise their fur can get matted. Regular brushing and cleaning will also help them from getting bugs and foliage caught in their fur.

Like the Poodle, curly coated retrievers have a single coat, but their curls are very tight. This makes them relatively easy to maintain, but they must be maintained otherwise their coat can get matted and promote infection. Bitches will often shed more than males, but they both shed. Purebred Curly Coated Retrievers only come in the colors black or liver, the latter being a shade of deep brown.

No dog is completely hypoallergenic, but some are less likely to rile up allergies than others. For some reason, many of these dogs are curly haired dog breeds. The Poodle is considered relatively hypoallergenic as is the Airedale Terrier. These graceful and tenacious animals have a unique look and are quite large for terriers, making them great for herding larger animals (with the right training).

Most Airedales have a very specific tan and black look on their curly fur. On their back there is often a 'saddle' design, a strip of darker fur which sits at an angle on their back making it look as if a saddle has been painted on. Because of their tight curls and wiry coat, they need to be groomed and stripped frequently. Though they have an undercoat and an overcoat, they do not shed. They are often bred for being show dogs and will be given very particular features, often their curly fur dropping off their muzzle like a doggy moustache.

Like many water dogs, the Irish Water Spaniel has a lovely curly coat. Its body is cobby, meaning it is short and stout in stature, but it is well muscled. This cobby body is covered in very tight curls which almost look like they might be a hindrance in the water, but are actually very useful. The tight curls of this coat make it better able to stand the often very cold conditions of the water during rescues.

The Irish Water Spaniel's coat has a purple hue to its dark brown coat, something unusual in other breeds. The fur of these dogs is particularly interesting around the head and snout. They don't have much fur on their muzzle, but they do have big floppy ears which are covered in brown curls. The rest of the fur goes all the way down to the paws, but once you get to the tail, these curls disappear. In fact, the Irish Water Spaniel tail looks more like rat's tail than anything.

The Hungarian Pumi is a dog which looks like a terrier and is often called the Hungarian Terrier. However, it is not a Terrier at all. It is a small sheep dog with very alert pricked up ears, a protective demeanor and a very curly coat. This coat grows to a medium length and has a wiry overcoat and soft undercoat. One problem when looking after the coat of the Pumi is that it does not shed, but does keep growing. This means it needs a lot of careful grooming to stop the coat getting matted. Once you comb out a Pumi, you need to wet them down so they retain their glorious characteristic curls.

Another similar looking (and similar named breed) is the Puli dog. This dog is sometimes referred to as a curly haired dog, but it is more accurate to say it is a corded dog. This is because its long hair grows out in such a way which makes them dread together. However, Puli owners need to pull the cords apart and let them grow properly, otherwise they will likely clump and mat together.

A small curly haired dog breed, the Bedlington Terrier is even smaller when it's curly coat is trimmed. They are noted for their resemblance to another famous curly animal, the sheep. Great with children and their adoptive families, the Bedlington can be very competitive with other dogs and is a noted hunter. Small pets such as guinea pigs should not be allowed to interact with this dog, unless they are well socialized.

The Bedlington Terrier is also noted for being quite a vociferous dog. This is one of the reasons they need to be very well trained. Although they can behave like a lapdog in quieter moments, they are a very active dog and need an equally active guardian.

The Portuguese Water dog is another working dog which is used for water rescue services. They are great for training, but their webbed toes and muscular stature make them the great swimmers they are. Again, their thick curly coat works as a barrier against the often cold waters in which they swim and work. They have been made famous in recent times as they were the breed of dog ex-President of the United States of America Barack Obama owned (their names were Bo and Sunny).

Their coat is usually single layer, but can both either curly or wavy. Most show Portuguese Water Dogs are black, but you can find them in any variation of black and white. They do not moult, making them considerably more hypoallergenic than most other dogs. It was while studying this breed of dog that the University of Utah localized the specific gene which gives dogs their curly hair[2]. It is known as KRT71 and determines whether the coat is wavy or curly.

With the possible exception of the Toy Poodle (Standard Poodles are much larger), the Bichon Frise is the smallest dog on our list. It is a cheerful and affectionate dog which makes it a great companion animal, but their curly and fluffy coat make them particularly good for being show dogs. They are also quite intelligent and eager to please which makes them good for training and learning tricks.

They are one of the most recognizable curly white haired dogs. Although almost always white, peach or grey Bichon Frise do exist. Show dogs, however, are usually restricted to being white only. Not all Bichon Frise are very curly, but most are. The curls tend to get lessened with longer coats. They do not shed much, but do need grooming. Many are clipped into interesting designs for showing.

Another small curly whited haired dog is the Bolognese. They are equally as adorable as the Bichon Frise, sharing certain similarities in terms of size and appearance. Their name has nothing to do with spaghetti dinners, but is because they originated in the Italian city of Bologna. The curly ringlets on their coat may give the appearance of thickness, but they don't have any undercoat. This is why you may see many wearing dog jackets in winter.

A very intelligent curly coated dog, the Bolognese responds very well to training. They can be a lapdog and will form a very strong attachment to their human family. With such a strong attachment, they are prone to separation anxiety when left alone for long periods.

Another Irish dog, the Kerry Blue Terrier is a lovely dog, if not a little mischievous. This curly haired dog breed also gets its named from its coat, but not thanks to its curls. When the puppies are born they are usually a solid black color. But as they grow, they develop a new color known as progressive grey. This gives their curly coat the blue tint they have become famous for. They do not stop growing their fur, so they need to be groomed thoroughly and regularly.

While there are other curly hair breeds, not many are as common. This is excepting mixed breed dogs which have various genetic lineages. Thy may share links with some of these breeds, but often their ancestry is unknown. There are exceptions to this also.

For example, Poodles are a group of dogs which include the Standard Poodle, the Miniature Poodle and the Toy Poodle, all of which are pedigrees. However, there has been much interest in creating so-called 'designer dog' breeds. These are breeds which use crossings of pedigree dogs to create a new breed which has certain shared traits, but which is not considered a standardised pedigree dog itself.

The Poodle has been used to create some of the most common curly haired designer dogs which include the Cavapoo, the Cockapoo, he Shih-Poo, Labradoodle or even Foodle. As we state above, these are not pedigree dogs, but many have been around for decades and are incredibly popular over the world. The curliness of these dogs' coats will depend on the individual as some may share more Poodle traits more than the dog with which they were bred.

If you want to read similar articles to Curly Haired Dog Breeds - List and Description, we recommend you visit our Fur care category.

How to Brush Your Dog's Hair
Types of Dog Fur and How to Care for Them
Dog Shedding
How to Stop a Dog Shedding Hair
Related categories
GestationEye careHeatDental hygieneExtra careSkin care
Most read
1.
When Does a Dog Go Into Heat After Having Puppies?
2.
Third Eyelid Showing in Cats - Causes and Treatment
3.
Why Is My Pregnant Dog Not Eating?
4.
Why Has My Cat Only Had One Kitten?
5.
Dog Pregnancy - Week by Week
6.
How do Horses Mate? - Horse Reproduction
7.
Possums as Pets: General Guidelines and Tips
8.
Can You Touch Newborn Puppies?
Home Remedies for Matted Dog Hair
Cutting a Golden Retriever's Hair
Can You Cut Pomeranian Hair at Home?
My Rat's Hair is Falling Out - Causes and Treatment
My Cat's Hair Is Not Growing Back
Why You Should Never Dye a Dog's Hair
How to Get Mats Out of a Yorkie's Hair
Types of Tabby Cats - Is there a Tabby Cat Breed?

Well spotted! Thanks so much for pointing it out to us. The photo has been changed. 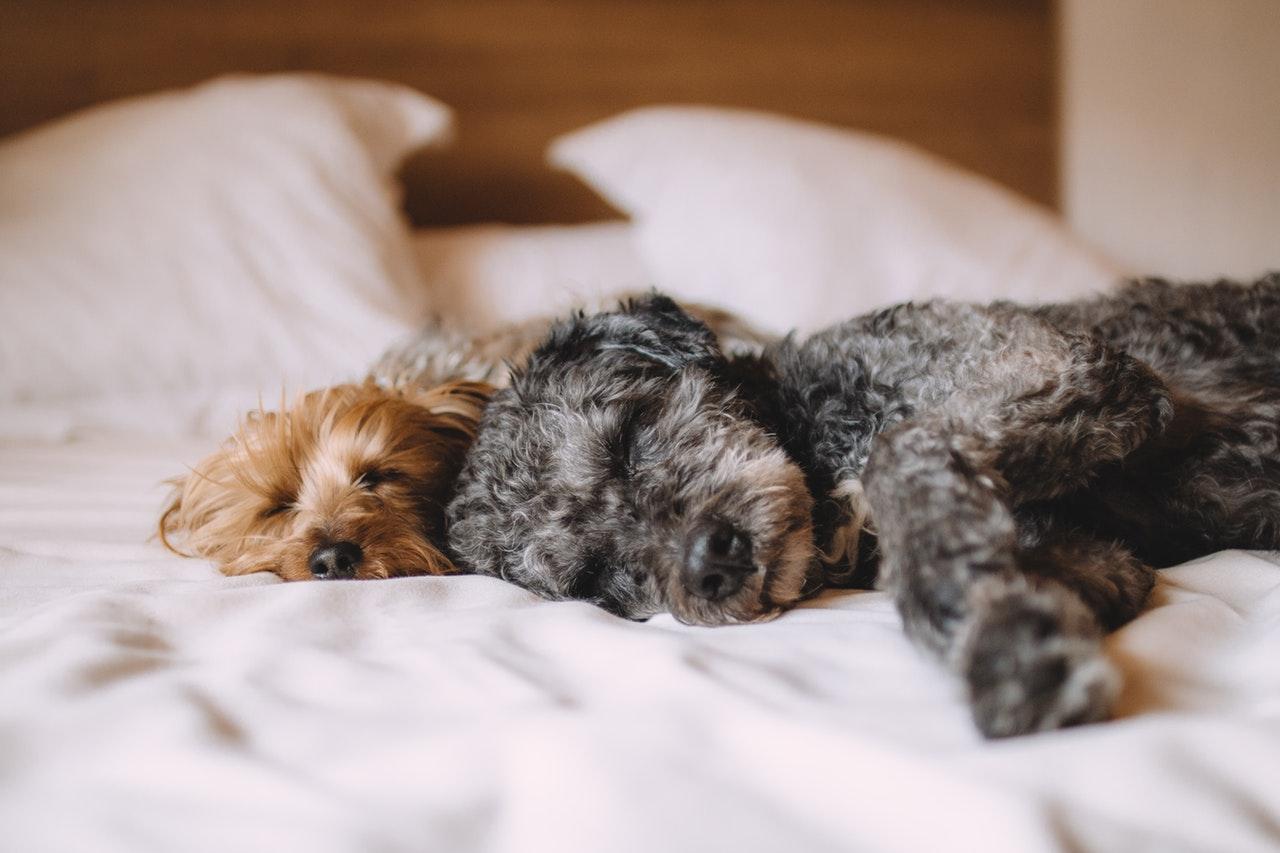 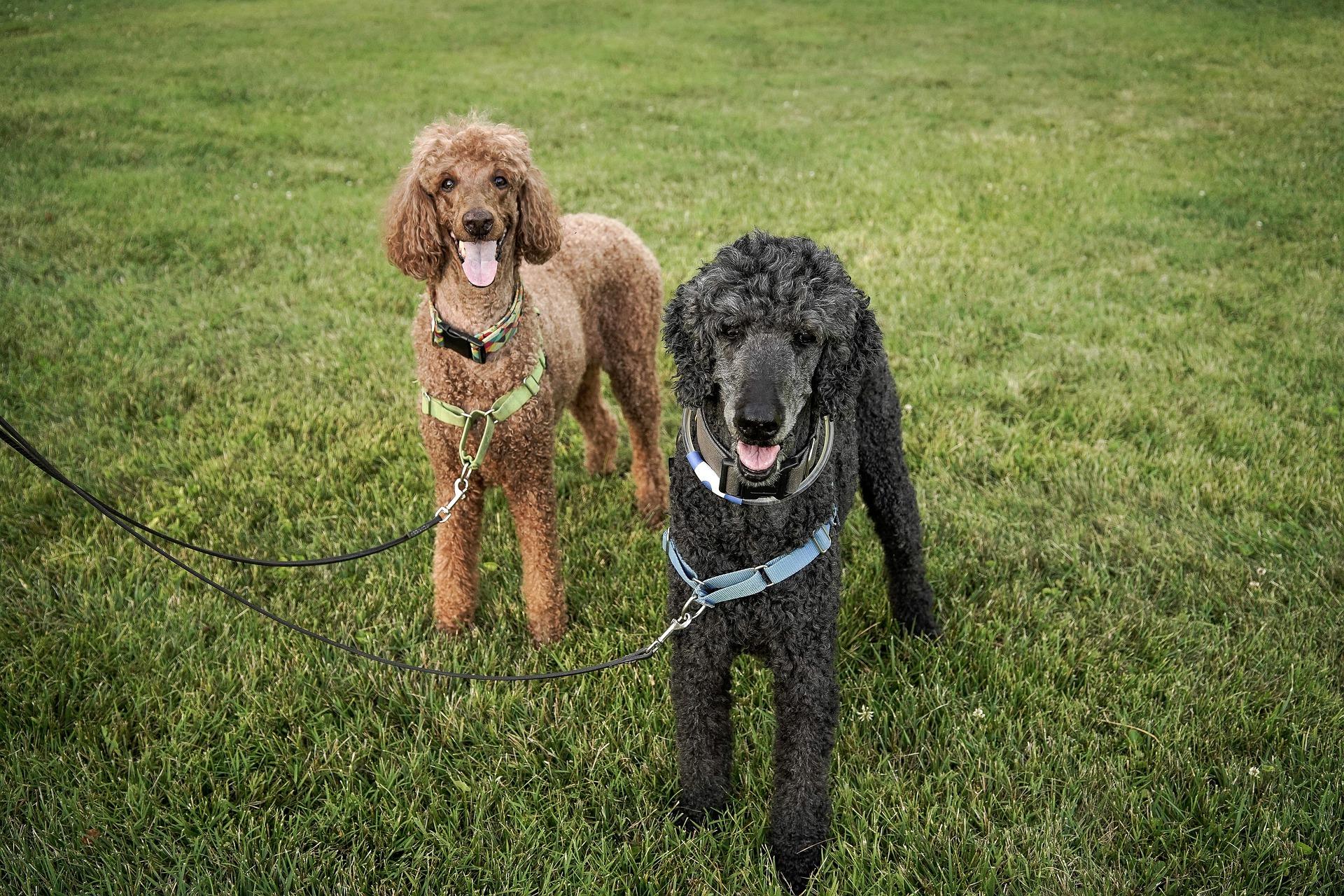 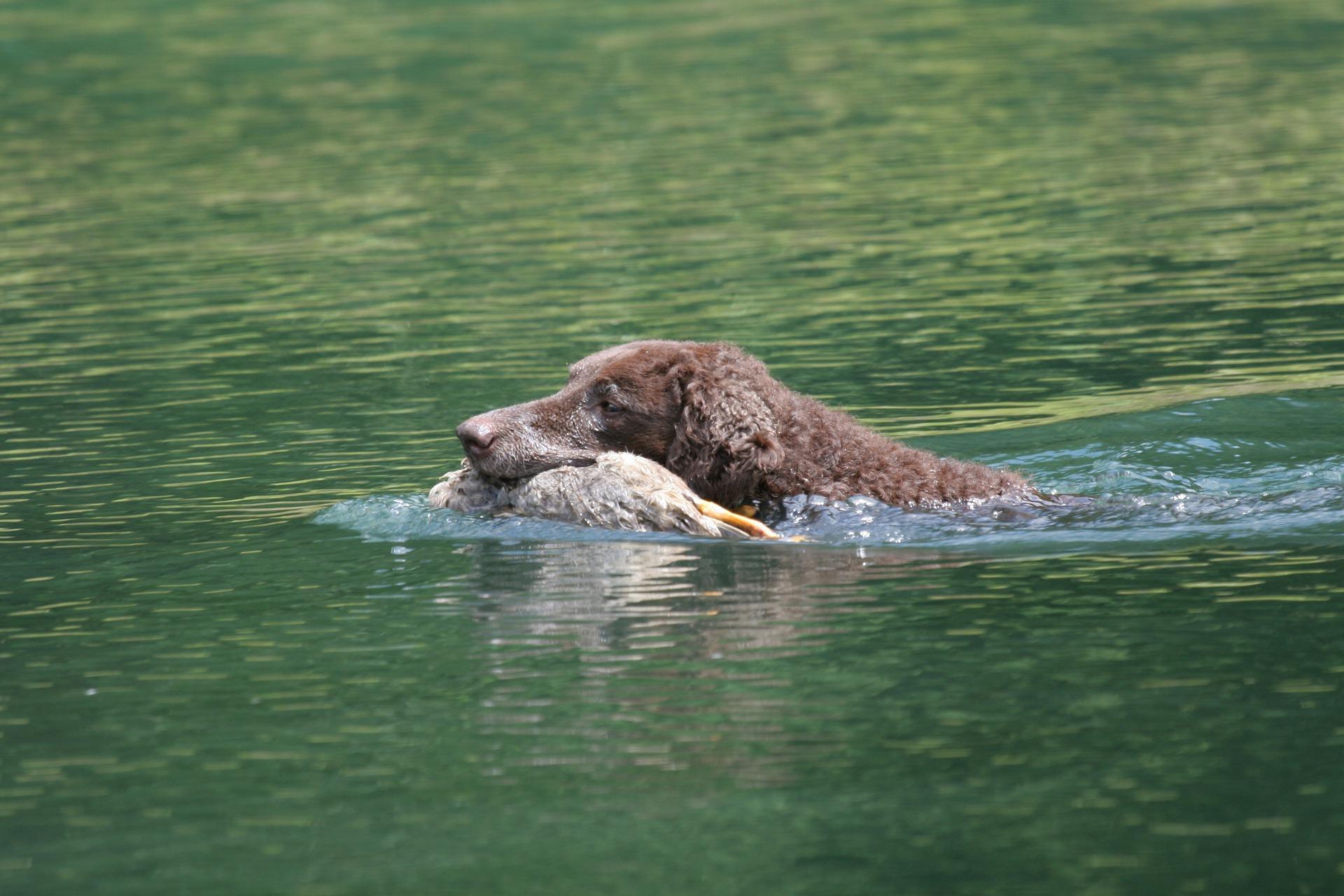 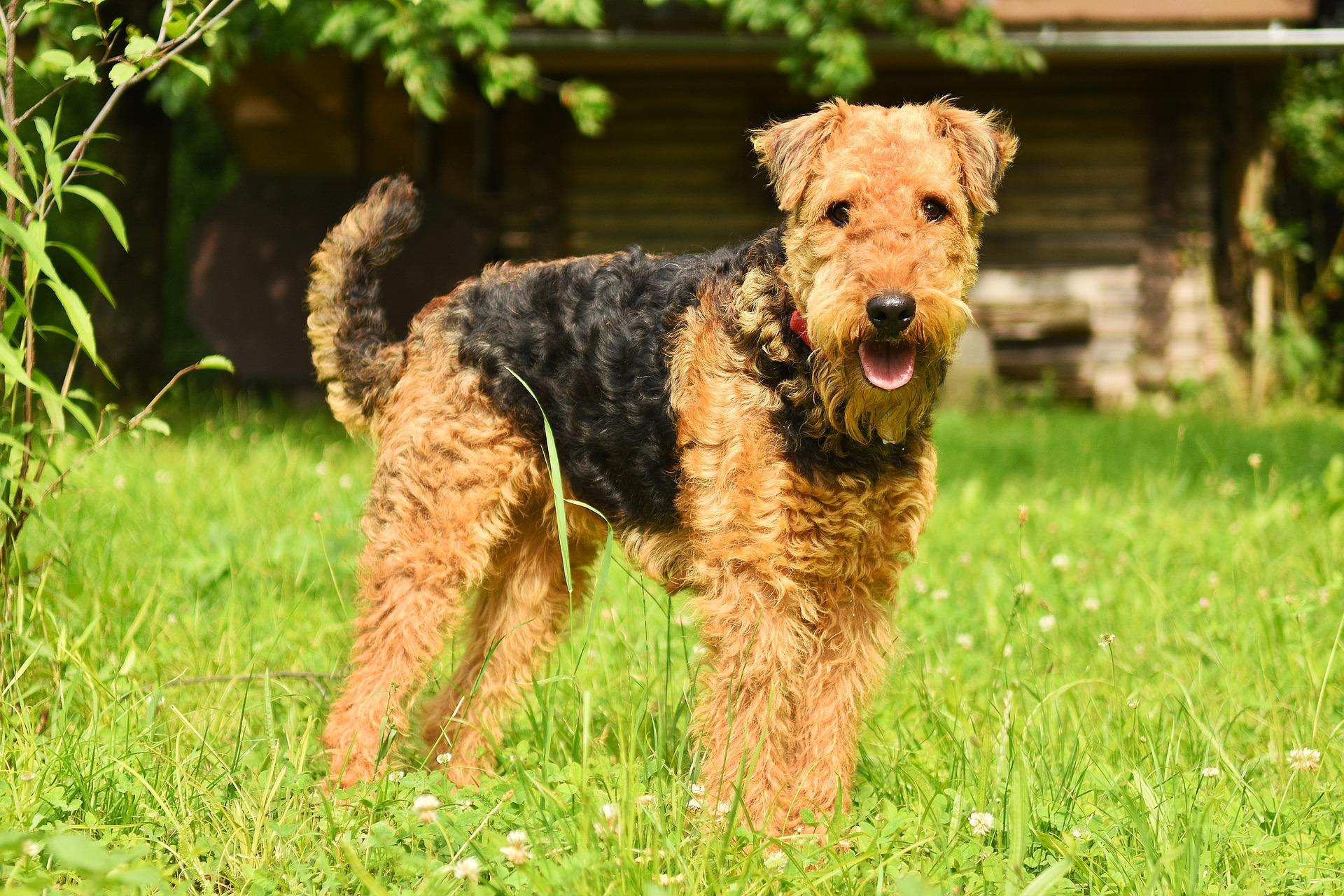 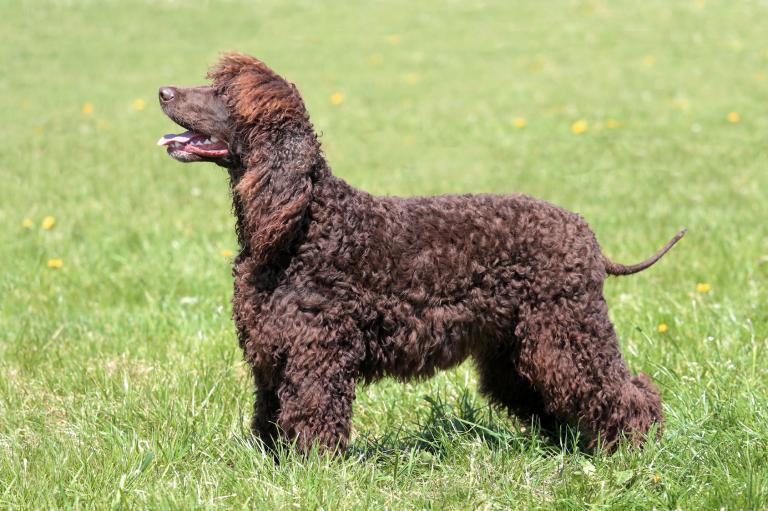 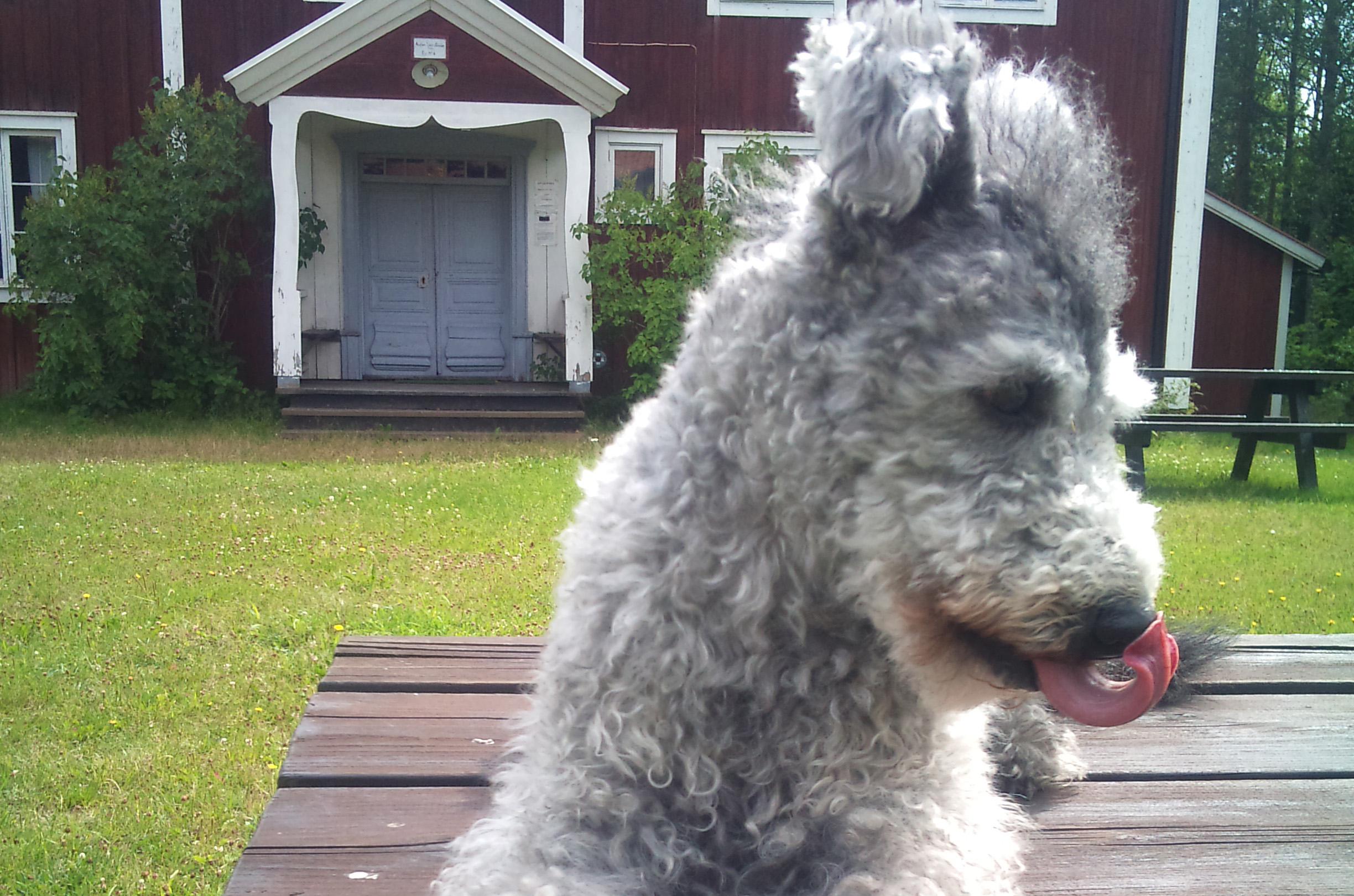 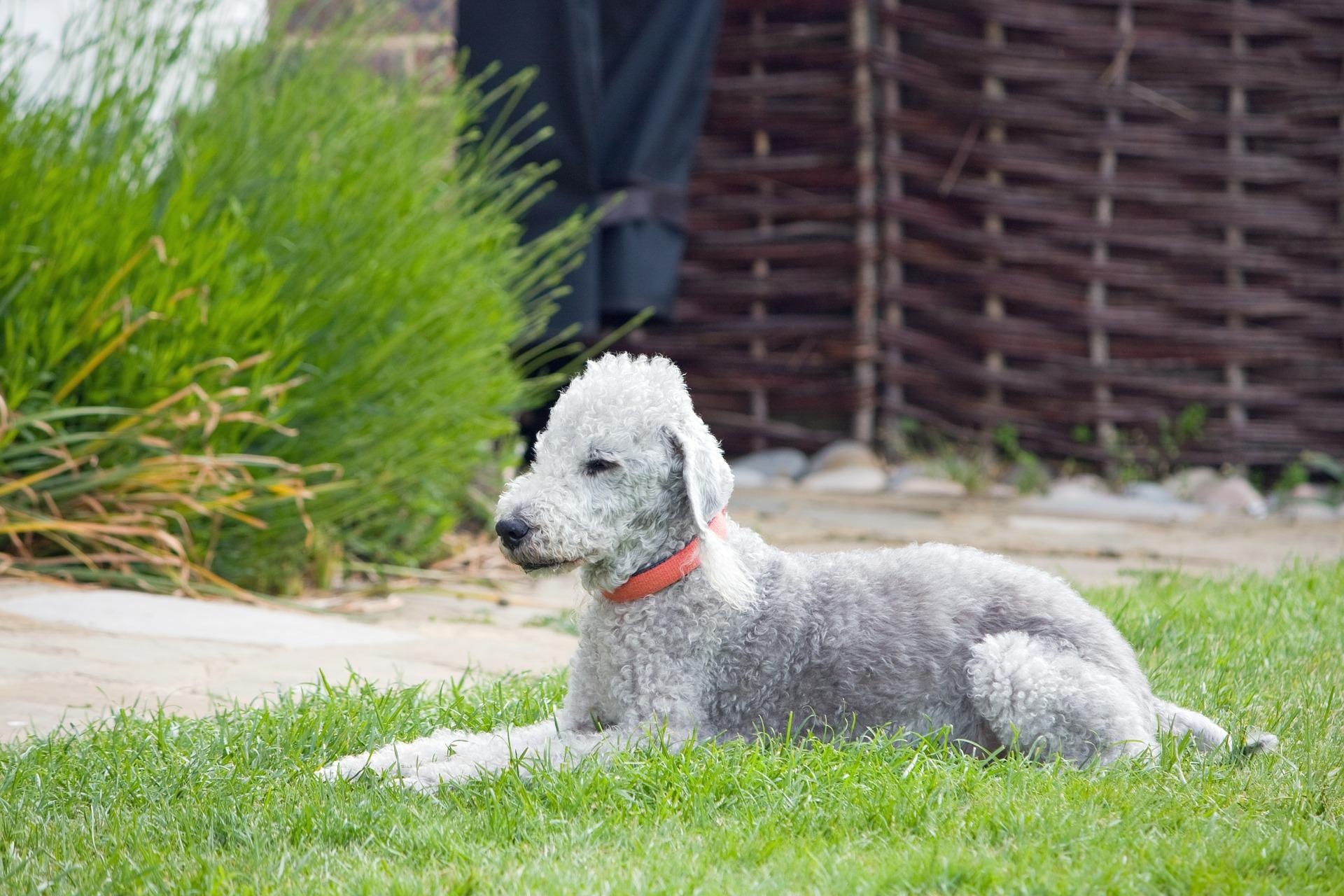 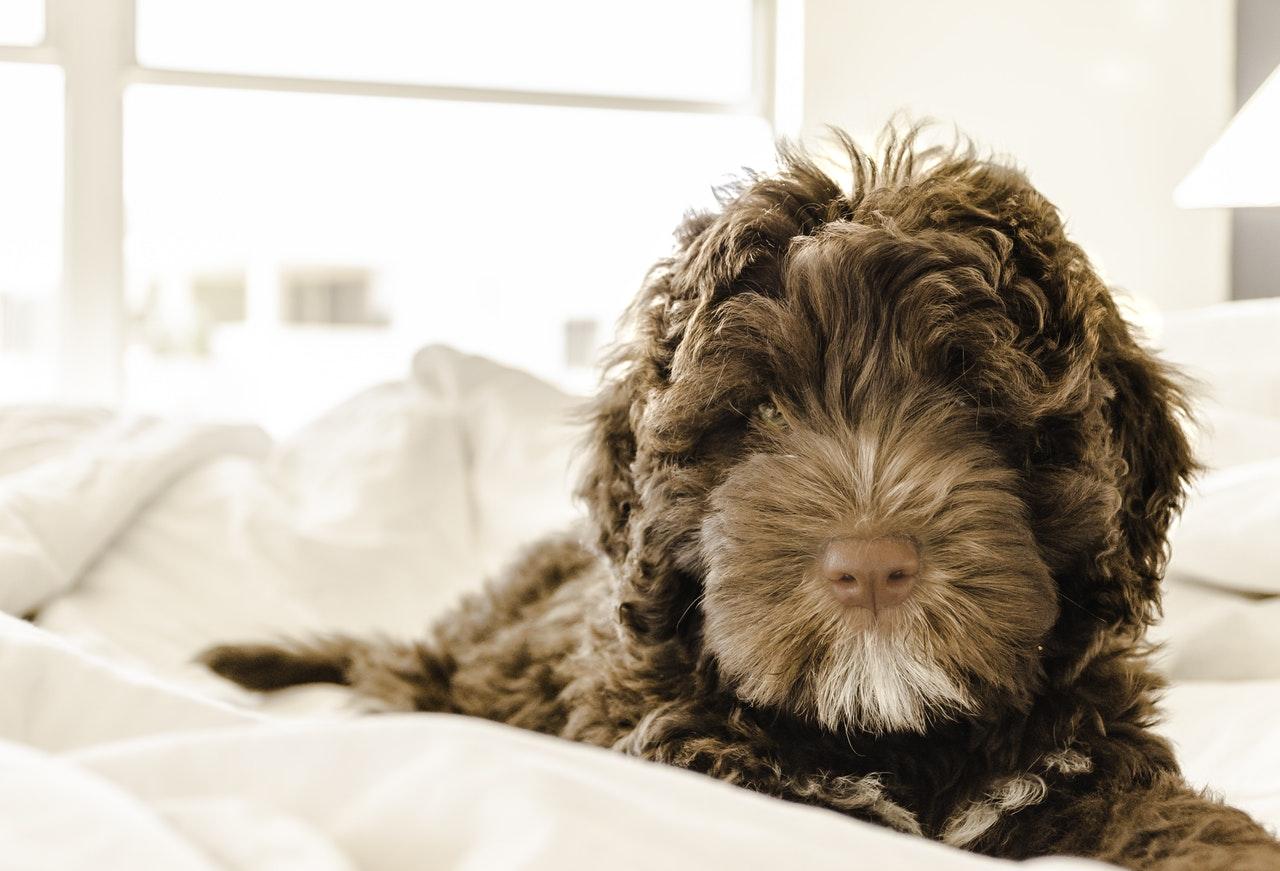 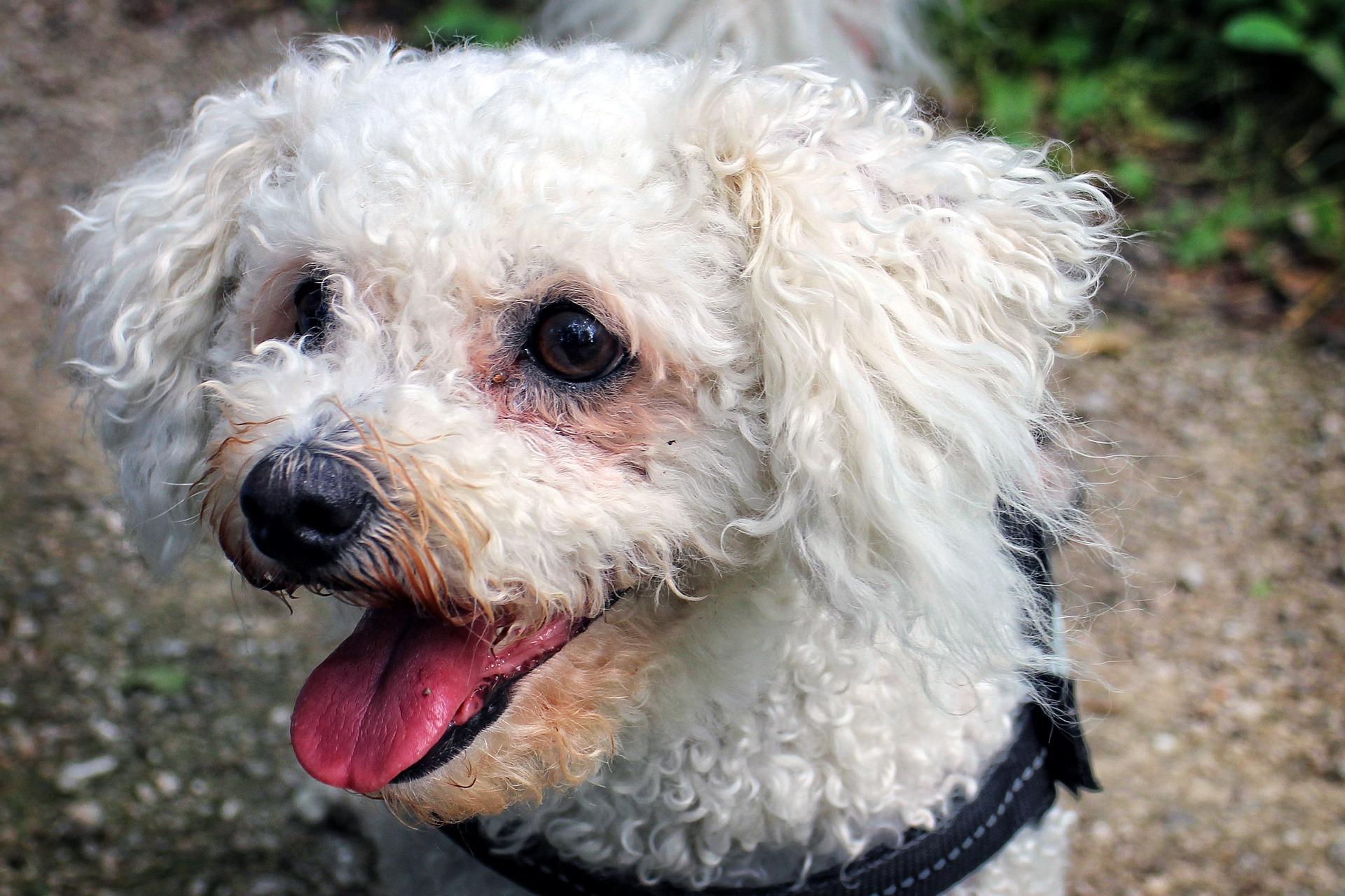 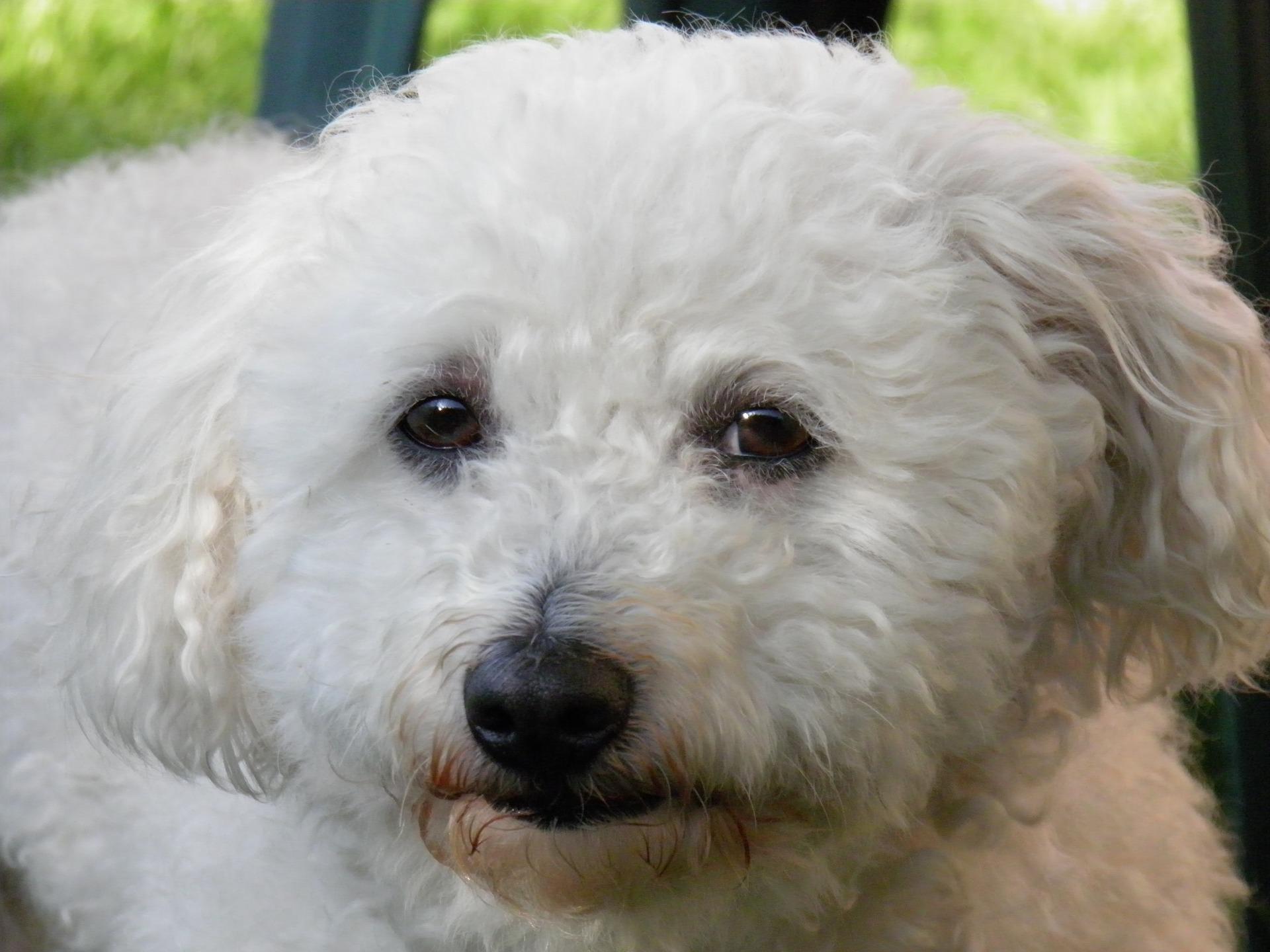 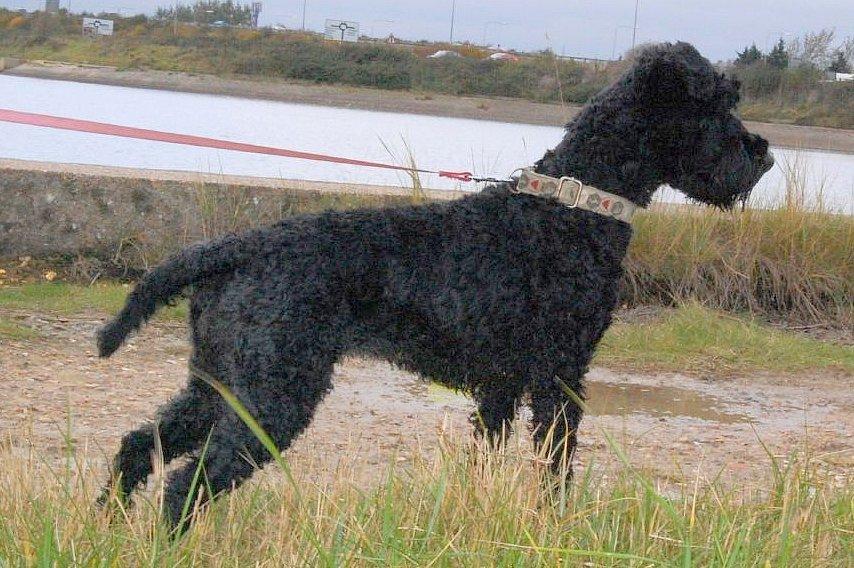