Examples of Regeneration in Animals

By Nick A. Romero, Biologist and environmental educator. January 10, 2022 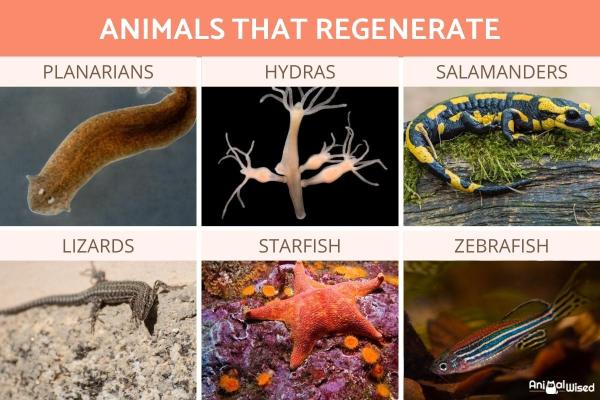 All living beings have the ability to produce new cells and tissue. These are important actions for the organism as they help maintain functionality. They are also very important when they receive trauma or other damage such as when sustaining a wound. In the animal kingdom, there are some species which are able to regenerate to a greater degree than others. More than simply regenerating new skin in a wound, they can regenerate entire limbs or other body parts which have been detached for various reasons.

At AnimalWised, we explain more with our examples of regeneration in animals. We look at some of the most common animals that regenerate and find out the uses and benefits of this biological function.

You may also be interested in: Examples of Sexual Dimorphism in Animals
Contents

What is regeneration in animals?

Animal regeneration is a process that consists of the production of new tissues or structures of the body which need to be replaced. The need for this replacement can vary. It is often due to damage which the body sustains from trauma, disease or other processes which cause tissue damage. In some cases, this can even be due to autotomy or self-amputation. This is when the organism amputates part of their body on purpose, such as when their tail is trapped.

Since various species belonging to different phyla share this regenerative capacity, some research points to the possibility of a common ancestor having this ability. In some cases, such as the case with mammals, this regenerative ability is much more limited. It has also been speculated that this may have emerged independently in species exhibiting this trait.

How does regeneration occur in animals?

The morphological condition and development of living beings is first determined by their genes. From the formation of the embryo to later biological processes, genes dictate how the cells and tissues will function. The genetic mechanism which acts to regenerate is related to the earlier action of creating them in the first place. For animal regeneration of certain tissue to occur, the genetic processes need to be activated.

How this regeneration process is activated depends on the species. It can happen almost immediately when the limb or body part is severed. This is the case with planarian flatworms, for example. However, others may require a longer process. This is the case with certain insects. If they lose an appendage, they may not grow it back until their next developmental stage.

Another example of animal regeneration occurs in certain reptiles. In these animals, when they lose an appendage such as their tail, it will regenerate, but not always to the same length as before. This is due to various factors, but often advanced age affects an animal's regenerative ability.

Mechanisms for regeneration in animals

This regeneration process can occur through two mechanisms:

In other words, existing tissues are transformed to allow regeneration in morphalaxis, while epimorphosis creates new tissues. Epimorphosis has been described, in flatworms, amphibians and ophiuroids; while morphalaxis has been seen in hydras and starfish.

Examples of animals that regenerate

Here are specific examples of animals that regenerate:

Planarians are a diverse group of flatworms that have a surprising capacity to regenerate. As little as half or an even smaller piece of the animal can regenerate into another individual specimen. This process is due to the presence of stem cells distributed throughout the body of the animal. These are regulated by genetic mechanisms and are activated to produce the regeneration of these animals. It is a type of asexual reproduction that can happen in various species, as you can see with our article on asexual animal reproduction.

Hydra is the genus of a group of animals that belong to the Cnidaria phylum which also have an important regeneration potential. Their ability includes regenerating a new individual from a piece of tissue or even cells isolated from the animal. All this process occurs from a complex system of molecular and cellular actions which allow the development of this peculiar property.

Members of the Salamandridae family regenerate tissue is one of the most idiosyncratic ways. This is they have the ability to regenerate various tissues in their body several times over. They can re-develop the tail and legs, as well as parts of organs such as eyes, brain, heart and jaw. The mechanism used by these animals is different from the processes that occur in metamorphosis (they are amphibians, so the larvae undergo a transformation to reach the adult stage). Regeneration occurs by mechanisms produced by skeletal muscle fibers that are activated in these cases, which are different from those of stem cells.

We also find examples of animals that regenerate in various reptiles. Although it does not happen with all reptile species, various lizards of medium or small size can have the ability to carry out regeneration. They do not have the same ability as salamanders, however.

A clear example is the process known as autonomy, through which certain lizards can voluntarily detach from a part of the tail to distract a predator. Regeneration then begins to allow part of the limb to be rebuilt. The bone does not regenerate and it does not usually grow as large as its original size. Geckos carry out this type of regeneration.

Learn more about reptile types with our article on different types of venomous lizards.

Within the group known as echinoderms, we find the class Asteroidea, known commonly as starfish. Various species of these animals exhibit regenerative capacity of their arms, although it is also an asexual reproduction strategy. Some species have greater potential to carry out this process, such as the common comet star (Linckia guildingii). The regeneration of these invertebrates includes two types: rebuilding one of the limbs or spawning a new individual from half the original.

Generally, for the emergence of a new individual to occur, some portion of the animal's central disk must be present. Only certain genera, such as Linckia and Coscinasterias, can do so without the need for this circular structure to be present.

Within vertebrates, the zebrafish (Danio rerio) stands out for the regenerative capacity of its tail fin and also of the heart. In the case of a first amputation, a series of stages occur. These include wound healing, restitution of the epidermis, formation of the blastema and finally the differentiation of the tissue in the new fin. In case of damage to the heart, these fish also have the ability to activate cellular processes that restore the functioning of this vital organ.

If you want to read similar articles to Examples of Regeneration in Animals, we recommend you visit our Facts about the animal kingdom category.

1. Alibardi L. (2010). Regeneration in Reptiles and Its Position Among Vertebrates. In Morphological and Cellular Aspects of Tail and Limb Regeneration in Lizards. Advances in Anatomy, Embryology and Cell Biology, vol 207 (pp. 1-49). Springer, Berlin, Heidelberg.

Examples of Regeneration in Animals photos

Quadrupeds - Examples of Four-Legged Animals
Examples of Vertebrate and Invertebrate Animals
Asexual Reproduction in Animals and Examples
Diapause in Animals - Definition With Examples
Related categories
Endangered animals
Most read
1.
What Animal am I According to my Zodiac Sign?
2.
What Does It Mean When a Cat Shows Up at My Door
3.
Examples of Vertebrate and Invertebrate Animals
4.
The 10 Most Solitary Animals in the World
5.
Are There Venomous Spiders in the UK?
6.
How Many Types of Lions Are There?
7.
10 Smells that Attract Cats
8.
Differences Between Crows, Ravens and Rooks
Aposematism in Animals - Definition with Examples
Modes of Reproduction in Animals
Types of Adaptations in Animals
Types of Animal Reproduction
Rights of Street Animals in India
Animals with Exoskeleton - Names and Examples
Raccoon-like Animals - Names and Examples
Herbivorous Animals: Examples and Fun Facts

Examples of Regeneration in Animals 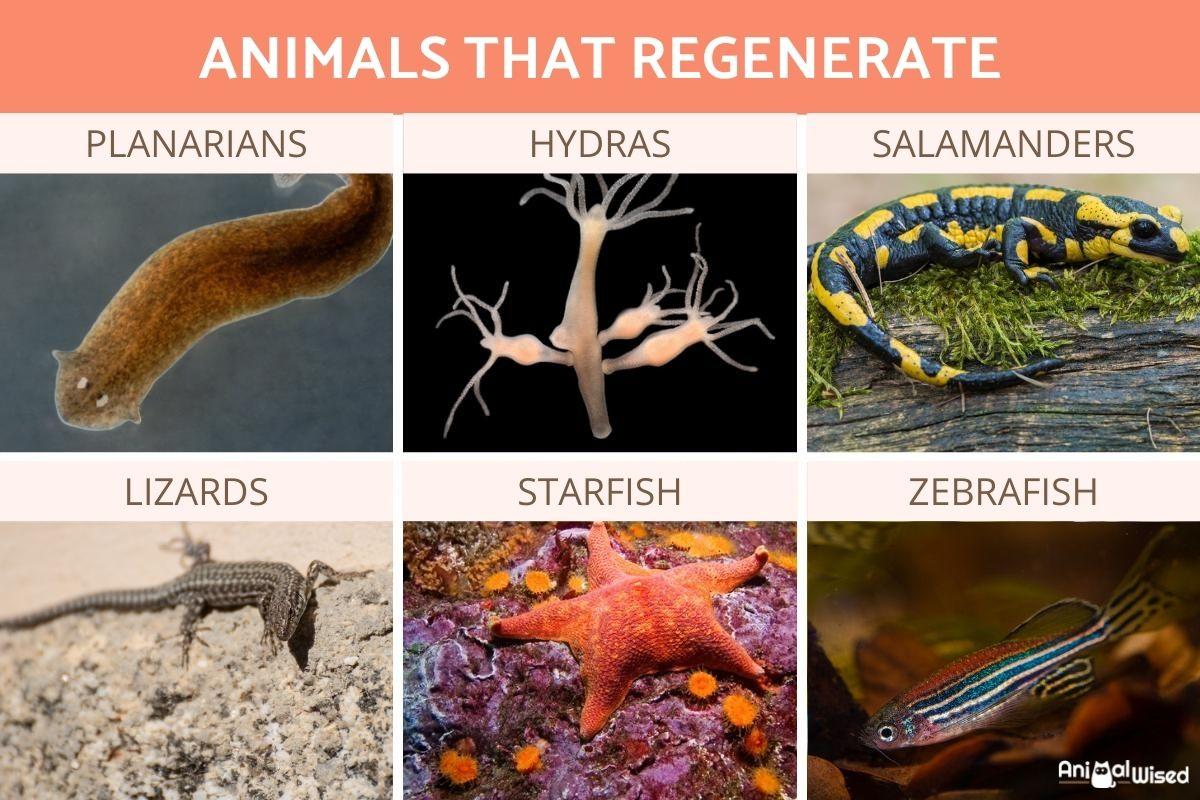 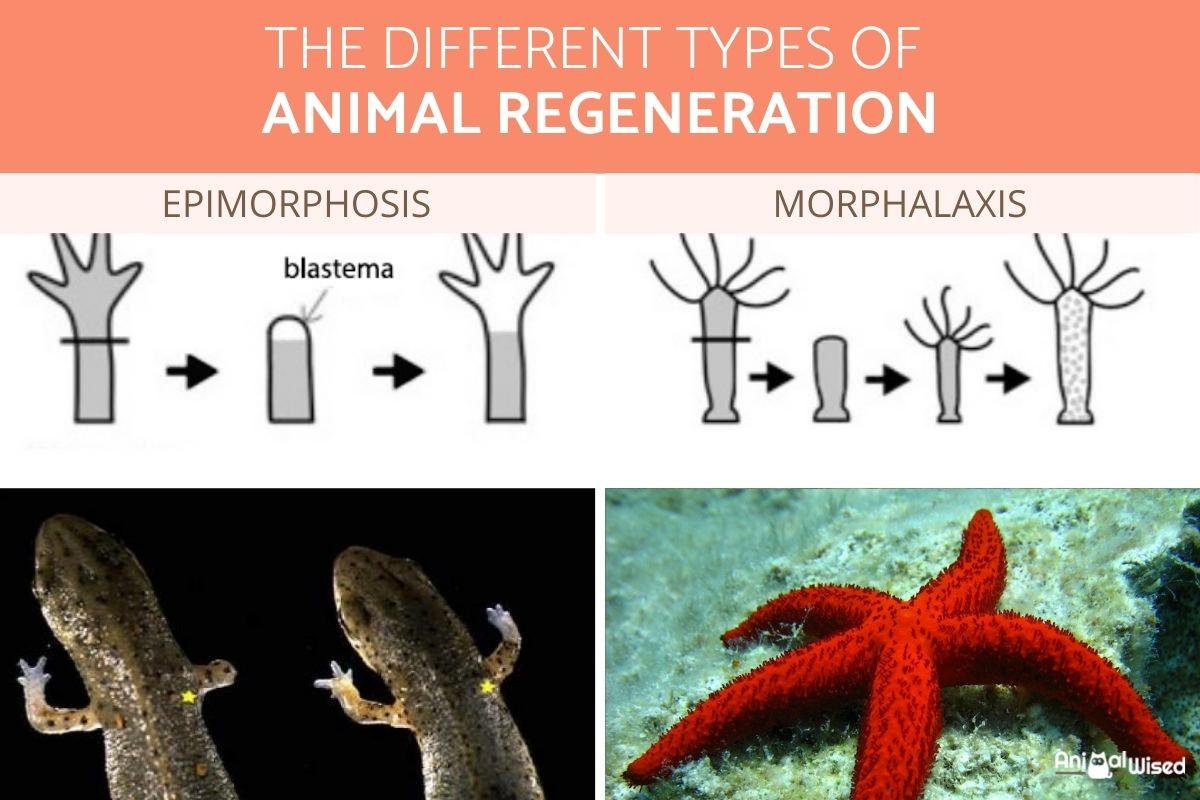 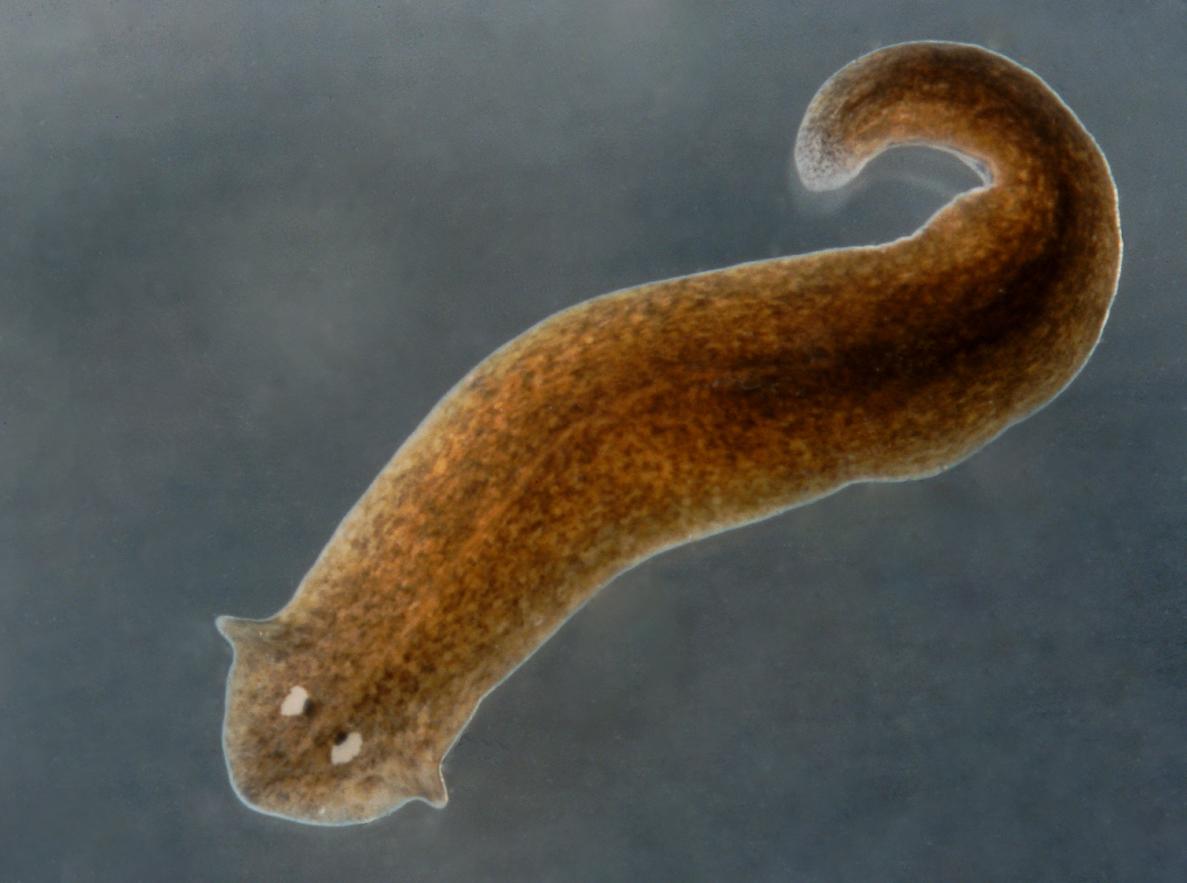 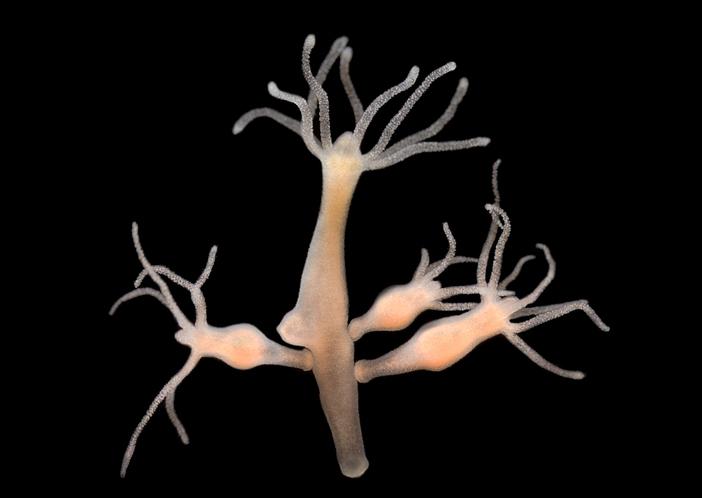 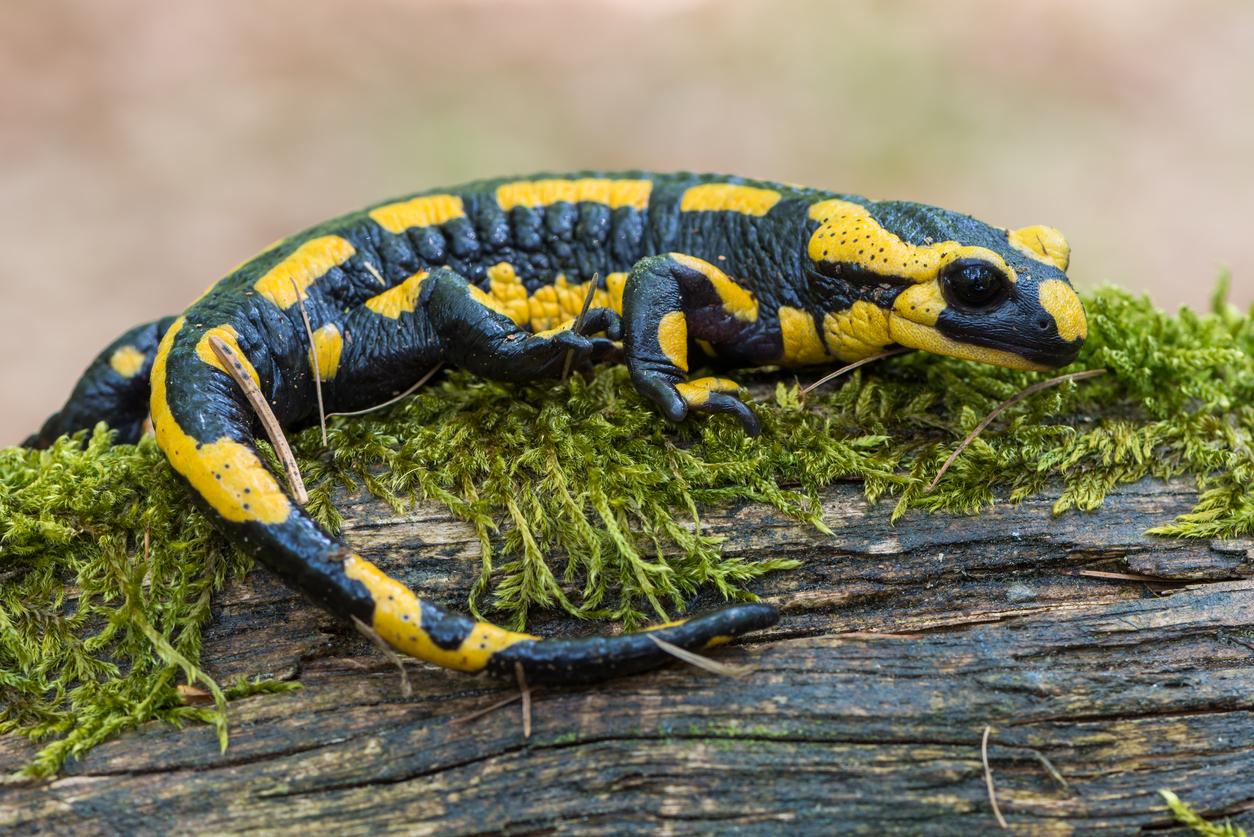 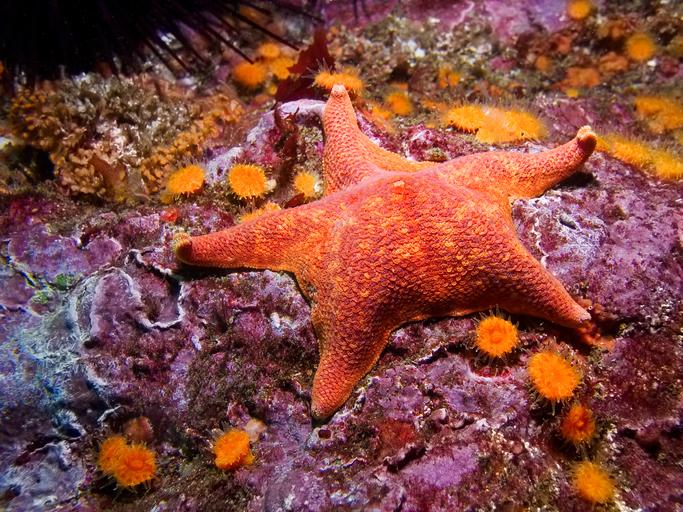 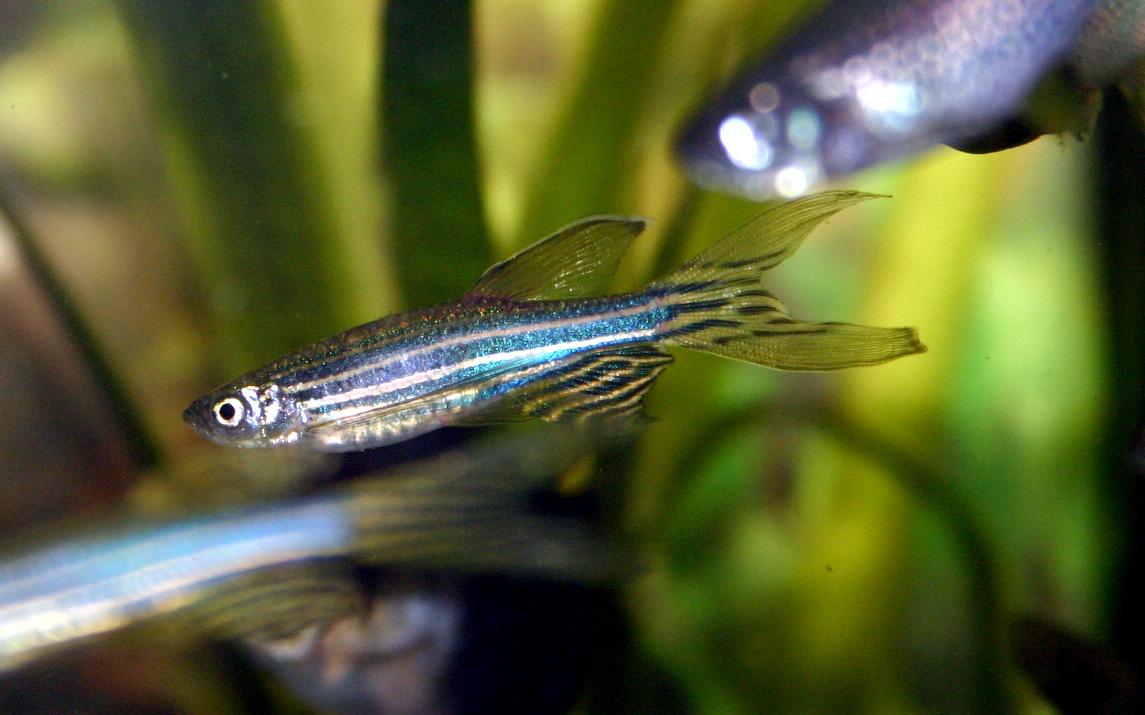 1 of 8
Examples of Regeneration in Animals
Back to top