Fish Chasing Each Other - All Possible Reasons 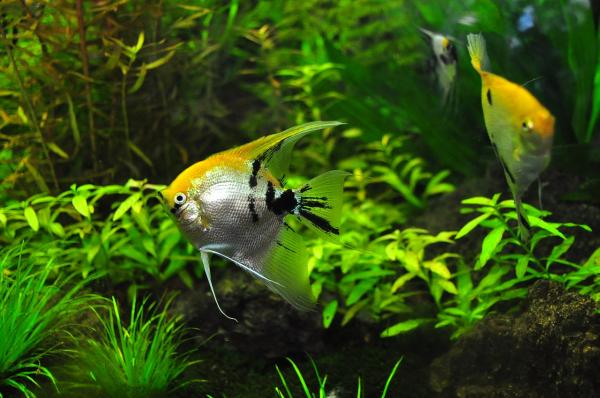 Having an aquarium at home is ideal for those who do not have much space and want the company of a quiet and colorful pet. Aquariums, regardless of size, are relaxing to watch, because the comings and goings of the fish can be very entertaining. However, you may have noticed that fish sometimes begin to chase each other in what looks like play or could be a fight.

If you have ever wondered why fish chase each other, you have come to the right place. In this AnimalWised article we discuss the different reasons for which fish may pursue each other around the tank. Most of the time this is a normal part of fish behavior, and you need not be concerned. In some cases, however, fish aggression may be an issue, and we'll give you tips on how to avoid it.

You may also be interested in: Why Does my Cat Drool? All Possible Reasons
Contents

Why do fish chase each other around the tank?

When you keep several fish in an aquarium - whether all of the same species of different species - sooner or later you will notice that that individual fish sometimes swim after or chase each other around the tank. If you are wondering what fish chasing each other means, here are some of the main reasons:

Whatever the cause, chasing is a usually normal fish behavior, and you can simply watch without intervening. However, If you notice one or two fish constantly attacking or bullying the others, it may be time to take action, for example by separating them in different tanks. We will discuss this further in the final section.

You may not know it, but not all species of fish get along with each other, especially in a limited space environment like a tank. In addition, some species of fish are more prone to aggression, such as the fighting Betta fish. Fish that tend to be dominating are more likely to chase or harass less lively specimens, or fight if put in the same tank with other territorial fish. For example, guppies and goldfish - two of the most common fish kept as pets - are not compatible with each other.

If you want to keep a community aquarium, therefore, it is necessary to do some preliminary research on fish compatibility. This will help you avoid problems such as fights or stress among your fish. To get started, consult this article on the best compatible fish for community aquariums. If you are determined to keep two types of incompatible fish, you'll have to consider two separate tanks.

Among a shoal of a single fish species, you may notice that one or two fish routinely chase the others around the tank. These are usually male fish, and this is how they show their dominance. In the wild, just like among other animals, shoal-living species of fish often have a dominant male. Chasing other fish, in this case, is the alpha fish's way of showing them who's boss. You will often notice this behavior among guppy fish, for example.

Normally, this is not linked to fish aggression. However, if you keep very few fish, or have only male fish together, the dominant one will go after them more, which can lead to bullying and fights. To avoid this, try to keep a larger group of fish so that the dominant male can spread its energies and not target only one or two others.

Chasing behavioror aggression among male fish aresometimes heightens when breeding time approaches, especially if there is no established dominant male. In such cases the males are competing to establish top breeding rights. This brings us to the next reason why fish swim after each other.

Mating is another activity during which it is normal for fish to chase each other around the tank. If you have both female and male fish, you will observe that chasing increases when the fish are getting ready to reproduce. Chasing behavior can be of three types: male rivalry to determine dominance, males courting female fish to mate, and females chasing male fish. In this last case females may either want to show they are ready to mate, or want to chase away over-eager male fish.

To avoid fighting and aggression when it comes to mating, it is important to have sufficient female fish in the tank. The fewer the female fish, the more aggressive male rivalry can get. Ideally have 2 to 3 female fish for each male, always making sure that the size of the aquarium is adequate for the number of fish that live in it.

This is a common problem if you are a beginner aquarist or first time fish owner. Especially if you have a community aquarium with several species, you may not be providing the correct diet and amount of food for each one. If the fish are not getting enough food or enough of a particular nutrient, they will often chase each other or get into fights in a competition for limited resources. This can keep weaker fish from getting enough to eat. In extreme cases, it can even lead to cannibalism among the fish.

Each species of fish requires a specific diet. Of course, different species sometimes eat the same type of feed, but it is essential to research the specific dietary requirements for each fish. Make sure you are providing enough fish feed, at regular intervals, for all the fish in your tank.

There are different reasons for which a fish may develop or maintain territoriality, leading them chase away other fish that enter their territory. Some species of fish, especially solitary species, are naturally more territorial than others. Their chasing behavior isn't usually aggressive, unless they feel threatened.

Another common cause is related to the size and set up of the aquarium. If the tank is too small, or has with too many obstacles (plants, pebbles, toys etc.), the fish may become more aggressively territorial as they don't each have enough space to move in. On the other hand, if there is no vegetation in the tank, the fish may feel unprotected and use territoriality as a defense mechanism.

To avoid problems with space, choose an appropriately sized aquarium, researching the amount of space needed for the species and number of fish you plan to keep. Remember to include enough plants and rocks for the fish to hide in, as well as open spaces for swimming.

Fish also tend to become more protective of their territory when they are breeding and do not want other fish to approach the nest site, for fear that they devour the eggs. If your fish become territorial and aggressive during breeding, it is a good idea to use a separate tank or aquarium for the pregnant fish and their fry. This will help protect the little fish soon to be be born and avoid unpleasant fights among the adult fish.

Do fish play with each other?

At times you may see fish chasing after each other, but it does not seem linked to any of the causes mentioned above. This could have made you wonder whether fish play with each other the way humans or other pets do. There is some evidence to show that fish do play with objects[1]. Shoaling or schooling fish be also known to be social in nature. If they are swimming after one another with no signs of aggression, or for no apparent cause, it may be that they are simply having a good time playing.

If you want to read similar articles to Fish Chasing Each Other - All Possible Reasons, we recommend you visit our Facts about the animal kingdom category.

References
Bibliography
How Do Animals Communicate With Each Other?
Why do Dogs Smell Each Other’s Butts?
Why Do Cats Lick Each Other?
Why Does My Dog Stare At Me? - All Possible Reasons
Related categories
Endangered animals
Most read
1.
What Animal am I According to my Zodiac Sign?
2.
Are There Venomous Spiders in the UK?
3.
What Does It Mean When a Cat Shows Up at My Door
4.
10 Most Beautiful Animals in the World
5.
The 10 Most Solitary Animals in the World
6.
Why do Dogs Get Stuck when Mating?
7.
How Many Types of Lions Are There?
8.
Most Common Cat Eye Color and Their Meaning
Why Do Cats Sniff Each Other's Butts?
Do All Fish Have Scales? - Types of Scaleless Fish
All Types of Cougars
How Long is A Fish Pregnant?- Pregnancy in Fish
My Cat Is Chasing Their Tail
Why Does a Cat Cry All the Time?
How Do Fish Breathe? - Underwater Respiration
Types of Freshwater Fish

1 comment
Rating:
Xmegatron10
03/08/2021
I have a pair of paradise gourami fish 2 dwarf algea eaters and 1 single male Empire gudgeon fish named {mr. eddgors}. Right now he's in a separate tank with a filter and a cave that he lives in I did this on purpose to cause it to become more envious plus he will soon start his aggressive training to make him more aggressive. IM LAUGHING MINIACALLY 😆😆😆😆😆😆😆😆😆😆😆😆😆😆😆😆😆😆😆😆😆😆😆😆😆😆😆😆😆😆😆😆😆😆😆
Fish Chasing Each Other - All Possible Reasons 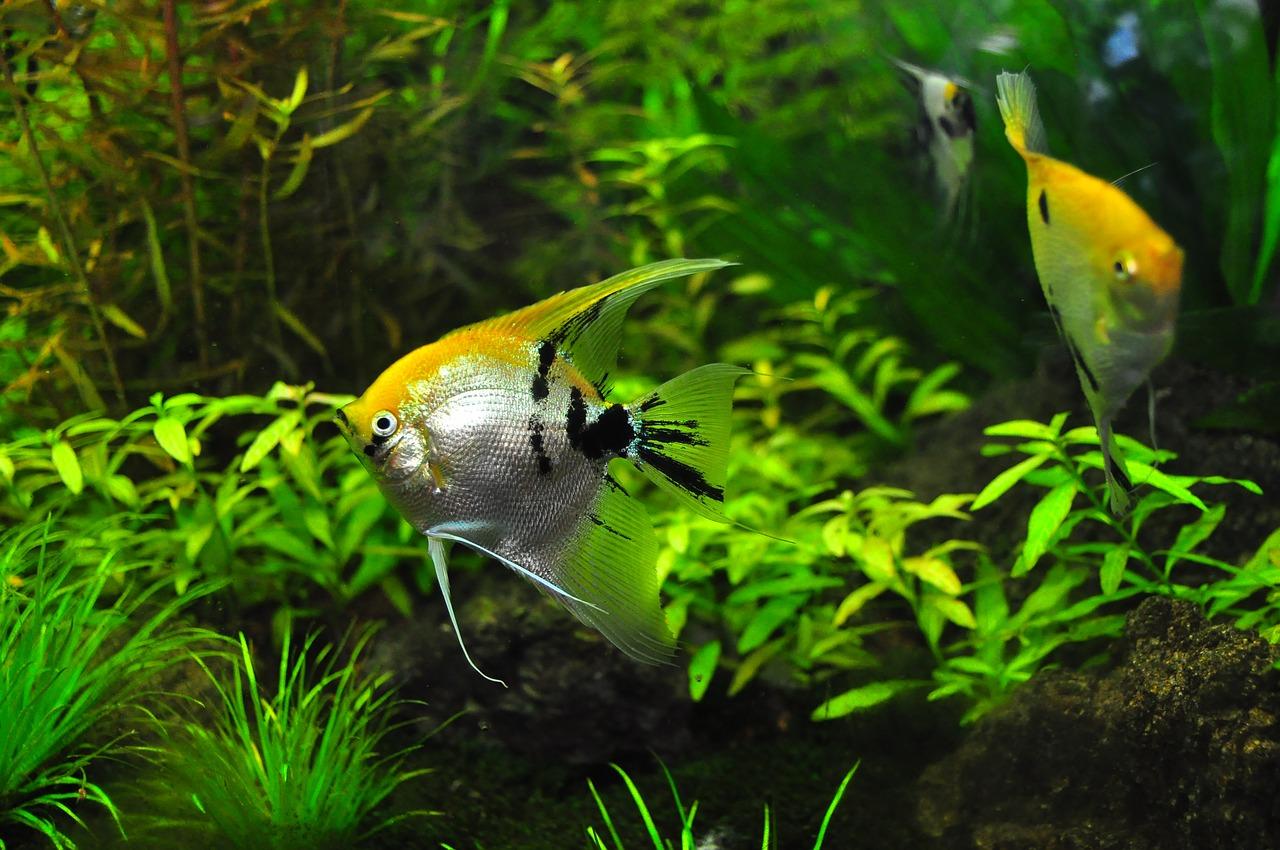 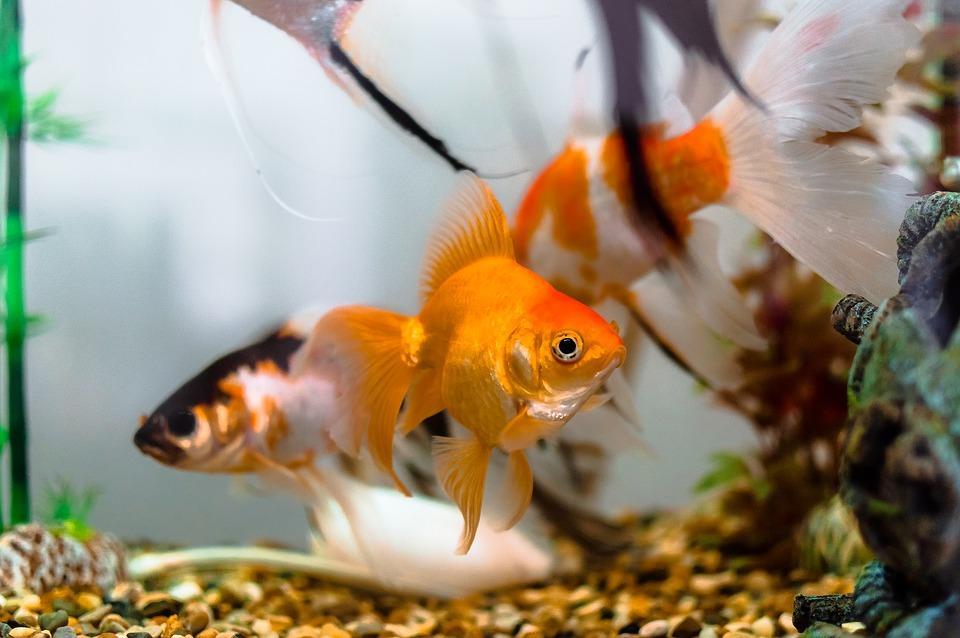 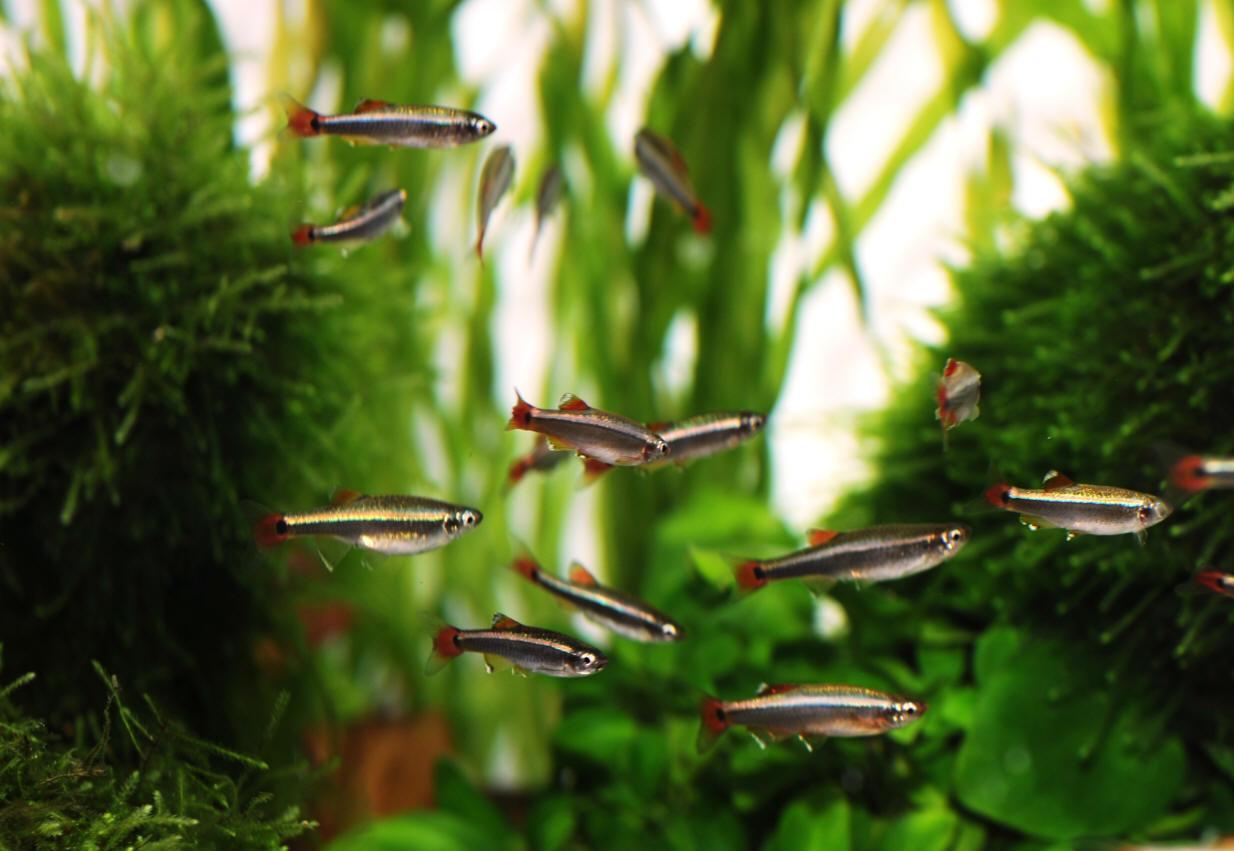 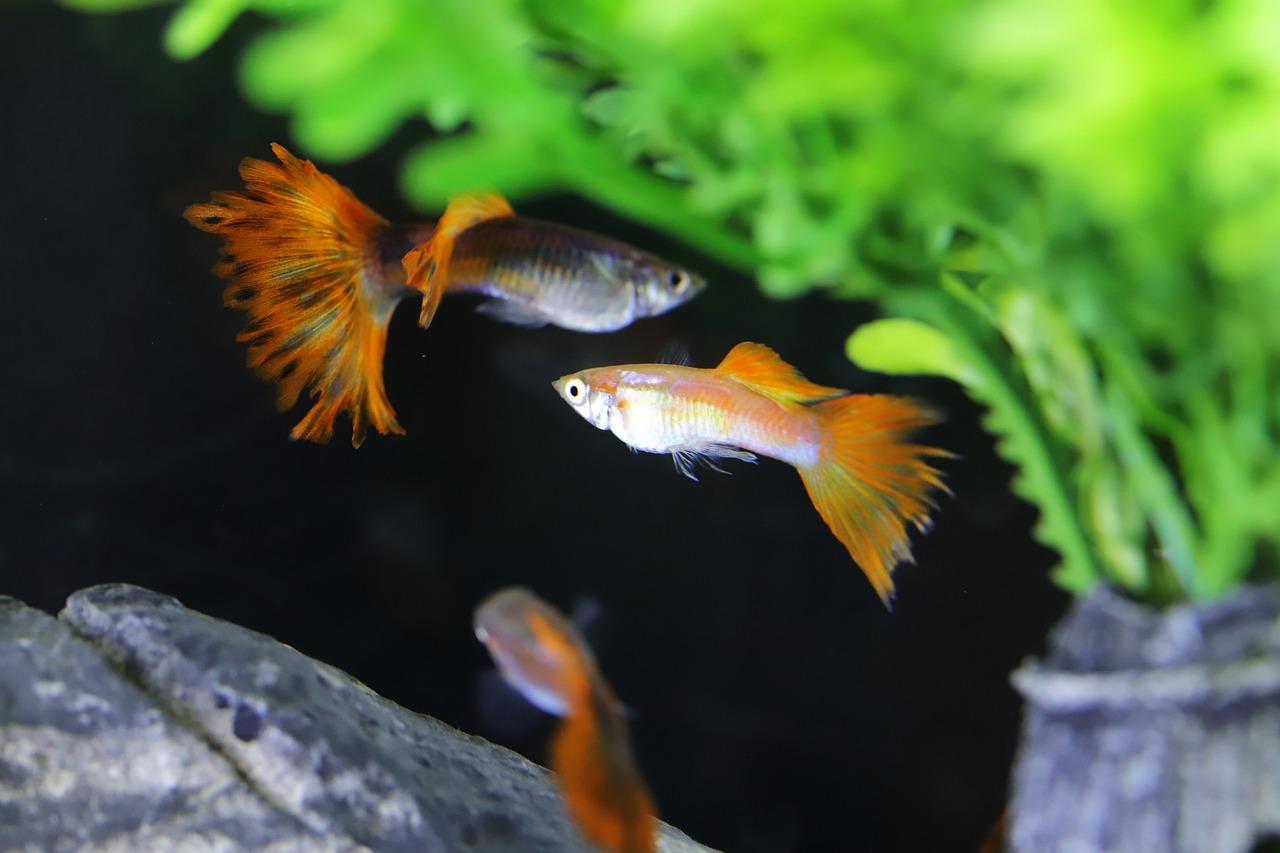 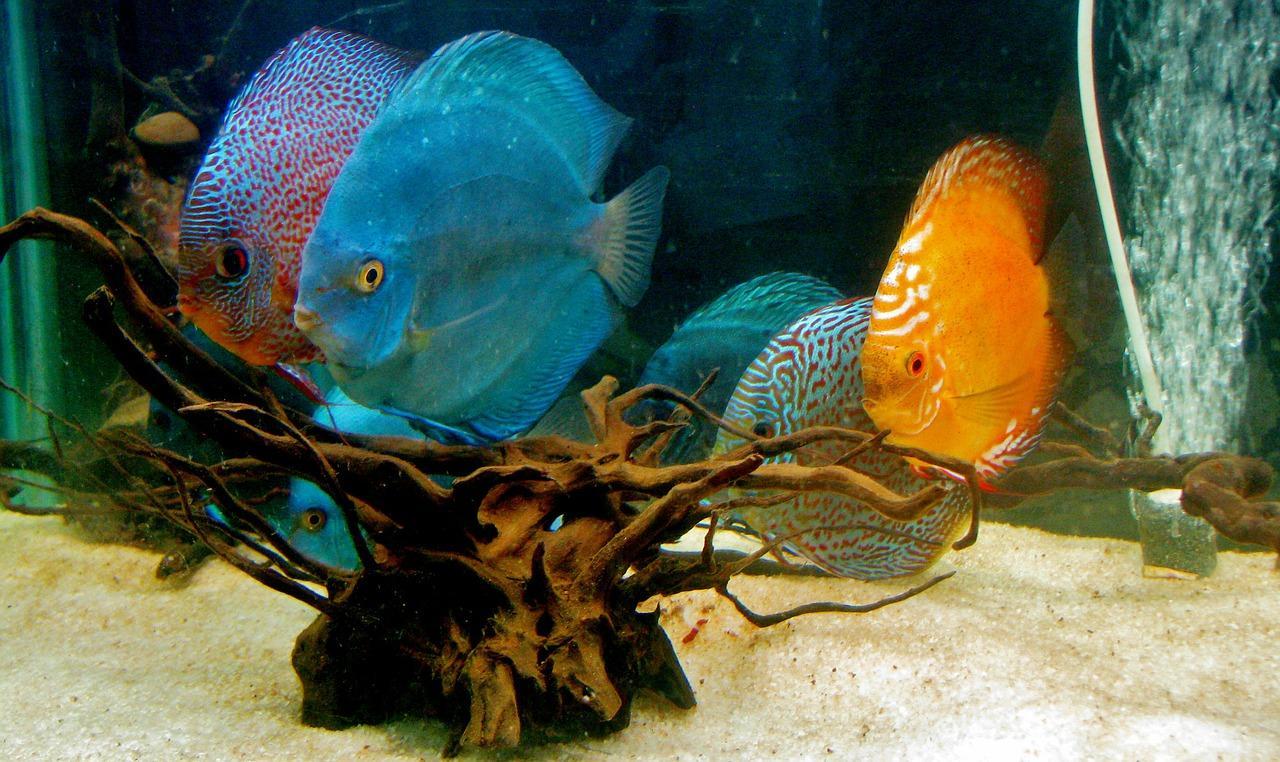 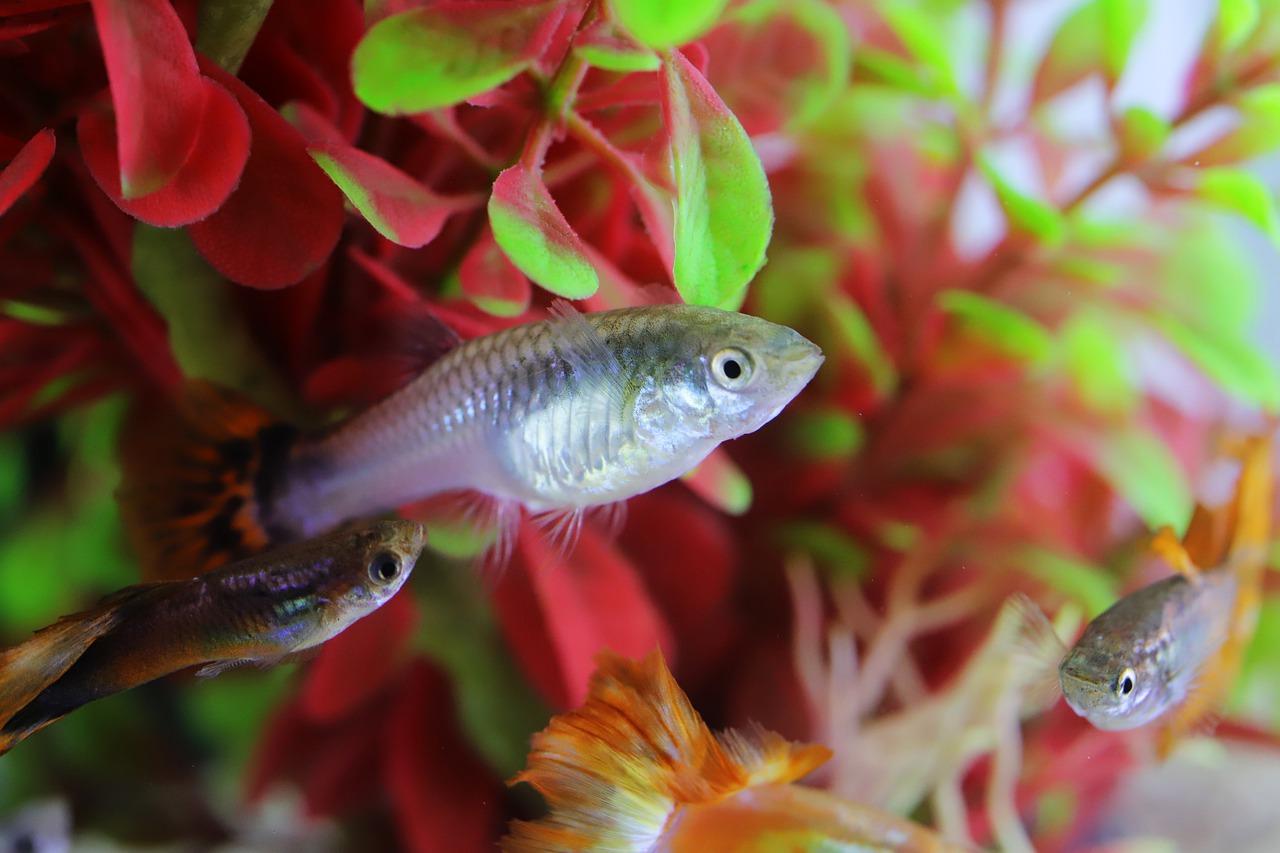