How Do Animals Communicate With Each Other? 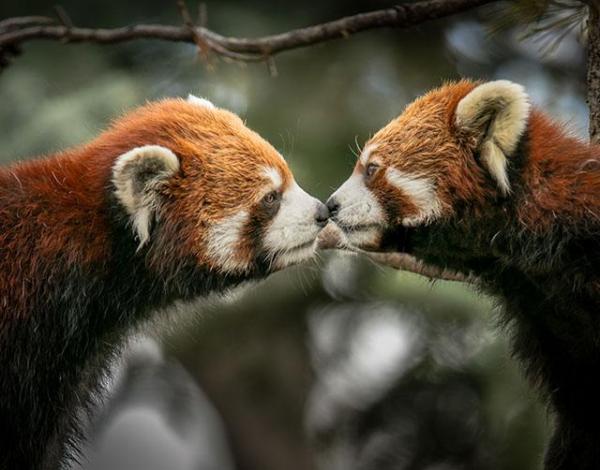 There are many different types of animal communication, much of which we don't fully understand. Despite millennia of study, we are always finding new facets about how animals transmit information between one another. The reasons for communication are also complex and not always well discerned. Animals have complex reasons for sharing information and it is not always to do with mating or finding resources. Many animals will simply want to have fun with their fellow creatures.

This AnimalWised article asks how do animals communicate with each other? As you will see, experience and learning play a fundamental role in animal communication. This implies a greater capacity to memorize than many once thought.

You may also be interested in: Interspecies Communication: Can Animals Communicate With Others?
Contents

How do animals communicate?

Here we look at some of these types of animal communication in more detail.

Visual communication occurs in almost any animal species with the capacity for sight. However, it is often particularly associated with birds. Many, although not all, bird species are sexually dimorphic. This means male and female specimens have different physical appearances. Often the male has a more striking plumage and/or coloration, using these facets to benefit them in the social mating system.

One striking example is the red-capped manakin (Ceratopipra mentalis). The male of this species uses a very specific dance which resembles the famous ‘moonwalk’. Th theory is that elaborate plumage and movement shows them to be ideal candidates for mating. Although appearance certainly is a factor in mating, the reasons for ornament on birds is still not fully understood and other factors are involved[1].

Some insects, such as the monarch butterfly, have a very striking coloration. The patterns on their body and bright colors indicate to predators they are not a suitable food source. Specifically, the bright colors indicate they are poisonous, whether or not they are actually toxic. The Oriental fire-bellied toad (Bombina orientalis) also uses this technique. As the name suggests, they have a red belly which they display toward potential predators.

Chemical communication between animals is one of the most important and poorly understood methods of communicating in the animal kingdom. One of the most curious examples can be found within social insects. For example, bees communicate with each other via pheromones. By using these chemical signals, they can alert other members of the hive about the presence of danger or where to extract nectar.

The queen bee also controls the workers through secretion of a special pheromone which also prevents them from reproducing. Only the queen is able to lay eggs. Any colonies are helpful in showing how pheromones can work in communication. Ants which find food or other resources will leave a pheromone trail for other ants to follow. This is why we often see lines of ants which do not deviate from the same path.

The sense of touch is an important communication method, especially for mammals. We can easily see it in chimpanzees. These animals groom each other to remove dirt and parasites. This behavior not only has a practical hygiene purpose. It also allows them to strengthen the relationship they have with each other.

Although the vocabulary of animal signs and sounds does not come anywhere near close to that of humans[2], many animals will still use sound and vocalizations to send signals. Just how complex is animal audio communication is something much debated in various fields of study. If you ask a pet owner, some may claim their companion animal understands more than they are actually able to. So you can better form your own opinion, we can look at some examples from the animal kingdom.

One type of communication between animals which has been relatively well studied is the alarm call. These are sounds which indicate the presence of a predator. As a result, they can better maintain the safety of the larger group. In many species, the type of predator will cause the alarm signal to alter. For example, the vervet monkey (Cercopithecus aethiops) is one which has been recorded producing different calls in the presence of cheetahs, eagles and snakes.

While animals in the wild use complicated sound signals to alert other animals, domestic animals are no exception. We can show you at least 11 sounds cats make to communicate.

Animals that live in groups will also use sound to alert other members of a new food source. Even if they are miles away, the animals can register the sound and go to the food. However, some animals will wait until they have eaten sufficiently before they alert the rest of the group. This includes the capuchin monkey (Cebus)[3].

In addition to movement and plumage, birds may also vocalize during their mating ritual. Birdsong can be very elaborate and can vary significantly even within the same species. Individual birds will also personalize and adapt their songs over time.

A very curious case is the superb lyrebird (Menura novaehollandiae). They can mimic the birdsong of other bird species. However, they can also mimic other sounds in nature and even human made noise. There has been evidence of them being able to mimic the sound of chainsaws used in logging operations. Additionally, during the mating ritual, the male will tap tree branches with their leg. This keeps the rhythm of the song and they use it for an eccentric dance to impress females.

How do aquatic animals communicate?

The most frequent forms of animal communication in water are sound and chemical. This is, in part, due to the often poor visibility under water.

How do fish communicate?

Commonly, fish communicate using hormones present in their urine. However, some fish are able to use electrical signals. The latter category has a modified motor system which produces small electrical shocks as well as movement. An example is Brachyhypopomus pinnicaudatus, a type of toothless knifefish. Its electrical shocks are mild, although there are some species of electric eel which have shocks strong enough to kill a human.

Many fish do also have the visual ornaments (crests, color patterns, etc.) to attract individuals of the opposite sex. Another famous visual signal in fish is bioluminesence, meaning they can produce light to communicate. The Johnson's anglerfish (Melanocetus johnsonii) has a spine on the top of their head which contains many bioluminescent bacteria. Smaller fish are attracted to the light thinking it is food, becoming food themselves in the process.

How do dolphins communicate?

One of the most complex forms of auditory animal communication is found in cetaceans, i.e. dolphins and whales. These aquatic mammals live in very complex societies and emit a large repertoire of sound.

Some studies suggest their method of information exchange is not too dissimilar to human beings. It is even possible dolphins can learn their own name. It is similar to a language, but just how similar is still very up for debate and a relatively controversial issue among researchers.

If you want to read similar articles to How Do Animals Communicate With Each Other?, we recommend you visit our Facts about the animal kingdom category.

2. Leonardo, B. B. (2016). Animal Communication and Human Language: An Overview. International Journal of Comparative Psychology, 29, 1-27.
https://www.researchgate.net/publication/311270182_Animal_communication_and_human_language_An_overview

Bibliography
How Do Dogs Communicate?
Why do Dogs Smell Each Other’s Butts?
Why Do Cats Sniff Each Other's Butts?
How Do Cats Communicate?
Related categories
Endangered animals
Most read
1.
What Animal am I According to my Zodiac Sign?
2.
Are There Venomous Spiders in the UK?
3.
What Does It Mean When a Cat Shows Up at My Door
4.
The 10 Most Solitary Animals in the World
5.
10 Most Beautiful Animals in the World
6.
10 Smells that Attract Cats
7.
My Female Dog In Heat Won’t Accept A Male - Causes
8.
Most Common Cat Eye Color and Their Meaning
Why Do Cats Lick Each Other?
Fish Chasing Each Other - All Possible Reasons
How do Bees Communicate? - Bee Language
Animals with Trunks - List of Trunked Animals
Do Animals Think? - Animal Intelligence
Horse Body Language and Communication
Animals that begin with N
How Do Spiders Reproduce?

How Do Animals Communicate With Each Other? 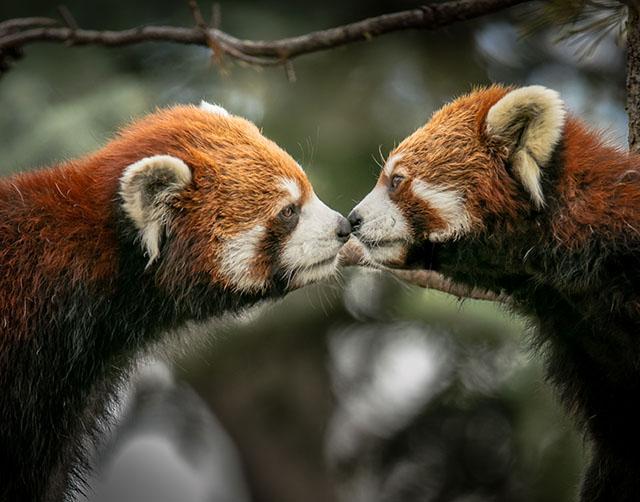 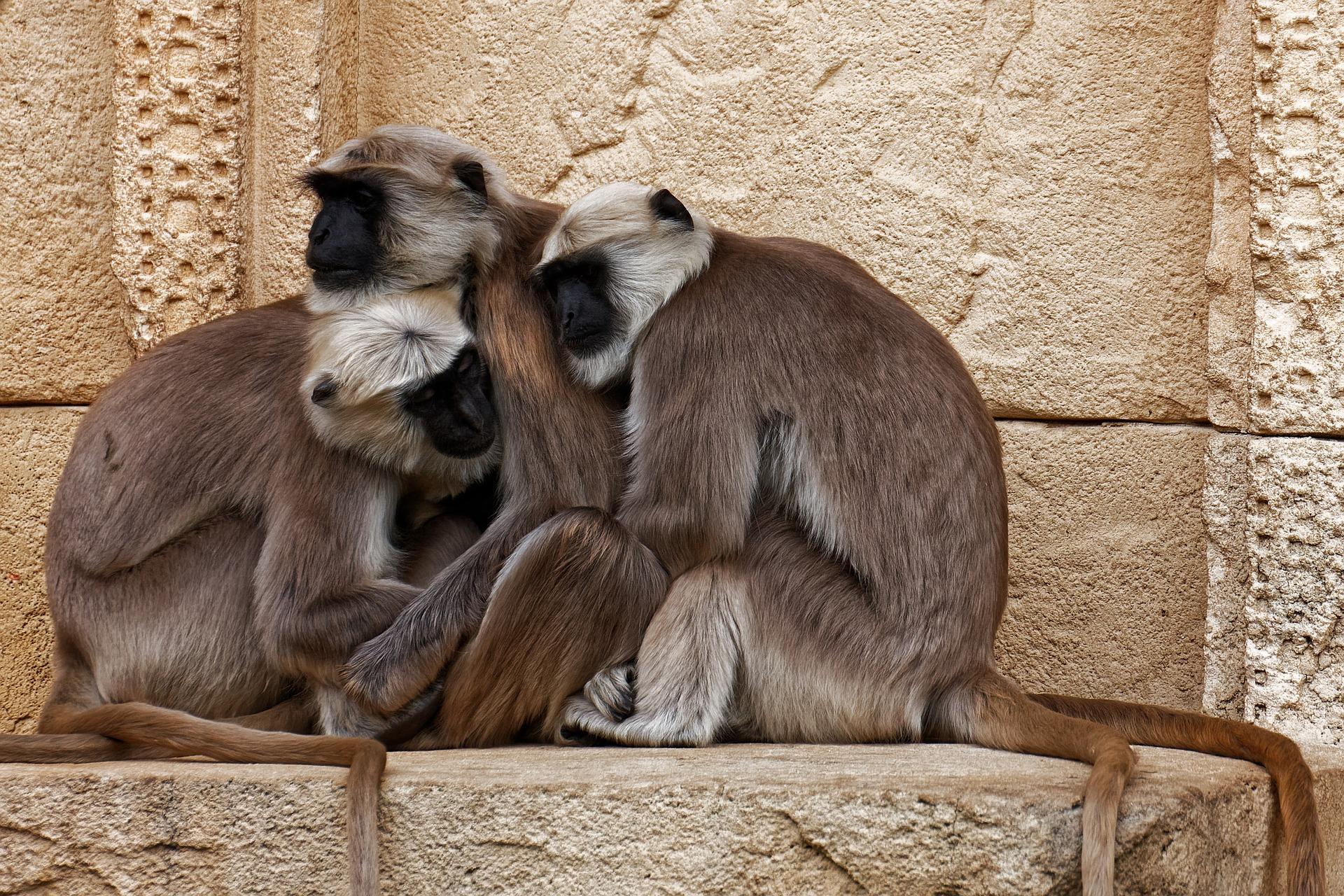 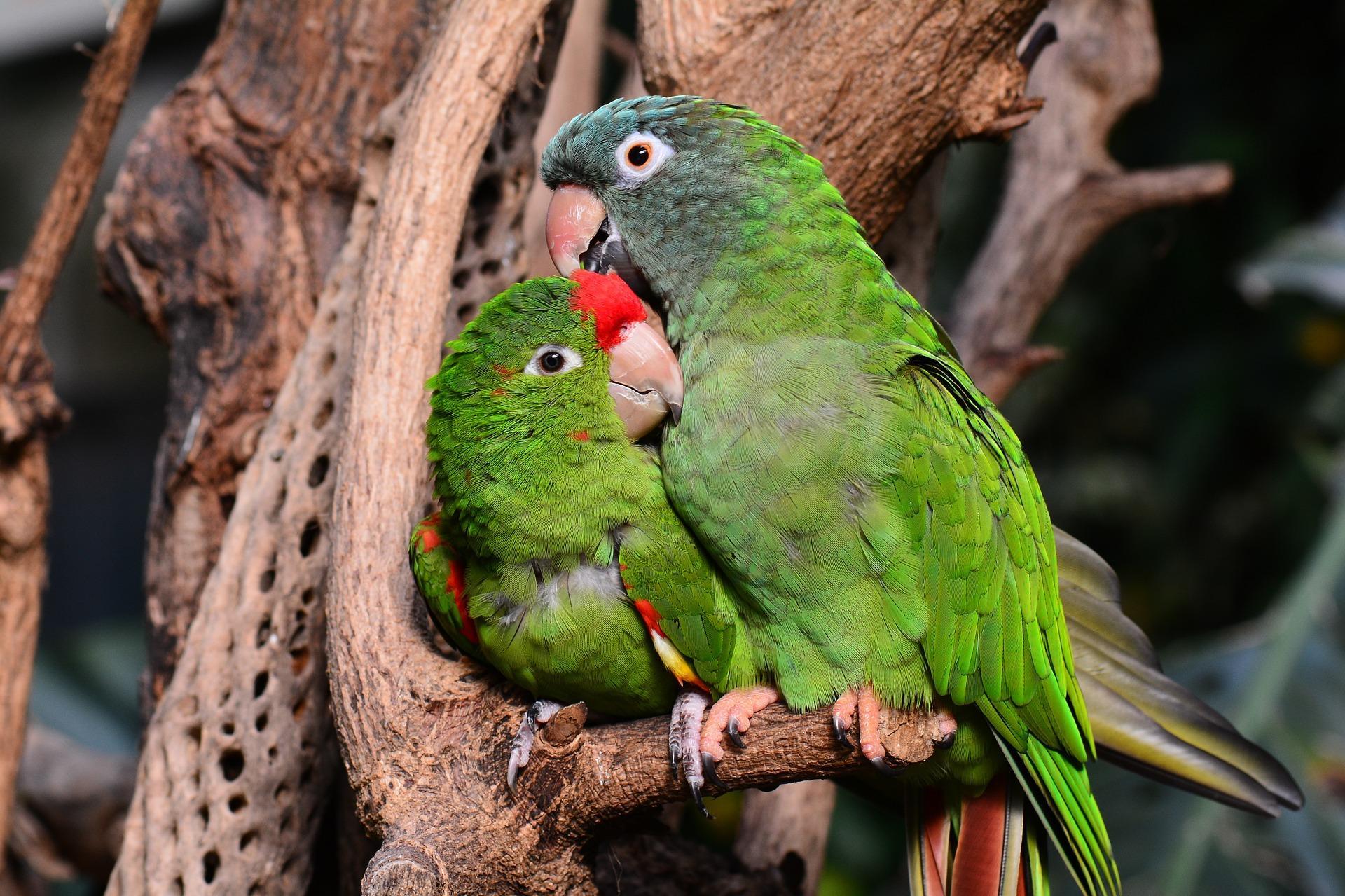 1 of 3
How Do Animals Communicate With Each Other?
Back to top