How Do Guppy Fish Reproduce? 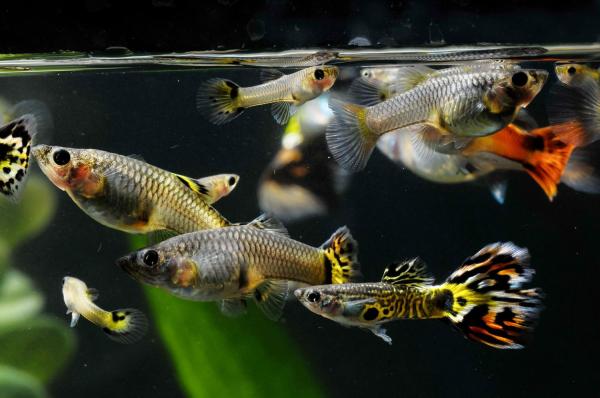 A guppy fish, also known as a millionfish or rainbow fish (Poecilia reticulata), is a species native to South America. Nowadays, however, you can find guppies all around the world. The reason for their popularity among aquarist fans is that they are very easy to care for. They are known to be able to live in both seawater and freshwater tanks.

The reproduction of a guppy fish is, however, somewhat complicated. This procreation can be especially intricate among people with little experience looking after this species species. For this reason, here at AnimalWised, we have chosen to discuss how guppy fish reproduce. We will also be looking at your role in this reproduction, and how to care for newborn guppies.

You may also be interested in: How do Chickens Reproduce?
Contents

How does a guppy get pregnant?

Guppy fish are popular, not only for their easy care, but also because of their incredible easiness when it comes to reproduction. This easy reproduction can however become a problem, specifically when it comes to irresponsible breeding specifically because guppies tend to overpopulate. This overpopulation can result in more expensive care; the need for a bigger tank and more guppy mouths to feed.

A female guppy then stores the sperm. Once she is fertilized, her gestation period lasts between twenty-eight and thirty-one days before birthing her fry. The most interesting part about this entire process is that female guppies can store male sperm for an incredibly long time, sometimes even up to 10 months. In addition, they can sometimes give birth to several broods without having necessarily mated again.

Is my guppy pregnant?

One of the main signs of a pregnant guppy is that they get visibly fatter over a couple of weeks. When the guppy is pregnant with eggs, you will notice a dark spot on her abdomen, which is called a "gravid spot"; this point will darken once the eggs are fertilized.

In addition, many females lose their appetite and become nervous and restless. It is also for pregnant female guppies to rub themselves against aquarium objects, such as; plants or the glass itself.

If you notice that your female guppy is pregnant it is important to provide her with a stress free environment. If she becomes over-stressed it can result in a spontaneous miscarriage. Avoid hitting the aquarium tank glass and be sure to separate the guppy from other incompatible fish species in the tank.

Is my guppy in labor?

Although fry delivery is somewhat simple for a guppy, it can also prove to be risky for the mother and her babies. If there are other fish in the tank, they can eat the newborns. For this reason it is very important that if your guppy is giving birth, you know what to do. Her gestation period lasts around 28 days. If you do not know when mating took place, do not worry, noticing when a guppy is in labor is easy to identify.

A couple of days previous to her giving birth you will notice that her abdomen will become more swollen. It will lose its round shape and appear more square. The point of gravity, which darkens through gestation, will have gotten bigger. You might also notice a couple of dark spots in this area, these spots are the eyes of the unborn guppies.

Other signs include inappetence, as well as nervous behavior. Her contractions will appear as small tremors in the female's body, and this is completely normal during delivery. Seeing a female guppy giving birth is, without a doubt, quite a unique process.

If the female guppy is in an aquarium with other species or her own, we suggest moving her to a breeding aquarium, especially if you believe she is about to give birth. By doing this, you will avoid her newborn babies being eaten.

A fry litter can be made up of 100 individual babies. It can sometimes even take a female guppy three days to give birth. Once these fry babies are born, it is important to transfer the mother back to her original tank. If you leave the mother in the tank with the fry, there is a risk that she might eat them.

How to take care of fry?

From the moment they are born, fry are completely independent, so taking care of them is not very difficult. After three months they take on complete maturity. Before this happens, we recommend keeping them in the breeding aquarium away from other mature fish that might eat them.

Keep the tank water at a temperature of 25 degrees Celsius and change it weekly. Add an abundance of plants to the tank, as well as a protected sponge filter that will not accidentally suck in the small fry.

Feed the young crushed food, between two and three times a day. You will feed them the same way you do with the adults. Deposit the food on the water surface for the fry to eat themselves.

If necessary. remove any sick or dead fish from the tank as soon as you detect any. This is important in order to avoid infecting the others fry fish.

How to raise guppy fry responsibally?

Indiscriminate reproduction and ignorance to the importance of natural mating rituals, is one of the main problems when it comes to the reproduction of this species. Many people take advantage of the fecundity of these fish. Irresponsible breeders force reproduction with assiduity, regardless of the conditions of the aquarium, or the high rate of mortality that comes with lack of care.

In addition, the search for certain combinations of guppy colors, has contributed to the weakening of the species genetic load. This irresponsible cross-breeding results in weak specimens with a low-life expectancy.

Many people breed this species without changing the tank according to the necessary size. In order to avoid over-populating a tank, we recommend adopting only females, or only males. Separate the males and females into two different tanks. You can also consider having them in the same tank with other species. These other species will slow down the pace of the mating ritual.

If you want to read similar articles to How Do Guppy Fish Reproduce?, we recommend you visit our Gestation category.

How do Frogs Reproduce? - Frog Reproduction
How do Snakes Give Birth?
How Do Rabbits Mate?
How do Horses Mate? - Horse Reproduction
Related categories
HeatBasic careEar careSkin careExtra careGeriatrics
Most read
1.
When Does a Dog Go Into Heat After Having Puppies?
2.
Third Eyelid Showing in Cats - Causes and Treatment
3.
Why Is My Pregnant Dog Not Eating?
4.
Why Has My Cat Only Had One Kitten?
5.
Dog Pregnancy - Week by Week
6.
How do Horses Mate? - Horse Reproduction
7.
Possums as Pets: General Guidelines and Tips
8.
How to Control a Male Dog Around a Female in Heat
How to Tell if My Guinea Pig Is Pregnant - Physical Signs and Behaviors
How to Know if your Tortoise is Pregnant
Why do Cats Move Their Kittens?
Why is Dog Breeding Bad?
How many puppies can a French bulldog have?
How to Know if My Hamster is Pregnant
How Long Is Labor In Dogs?
How to Protect a Zebra Finch Nest

3 comments
Jen Liles
26/08/2019
"A guppy is oviparous, this means that, contrary to most fish, it does not spawn eggs." The definition of Oviparous is "lays eggs" these animals give live birth.

You are correct. This was a typo which should have been ‘ovoviviparous’. The typo has been corrected and the statement clarified. Thank you so much for pointing it out!
Rating:
Hakim
17/03/2019
I wonder if this species is an oviparous or viviparous? Bcause ur description is most likely a viviparous species.
Sachin
08/03/2019
Help me to learn more about guppie fish

How Do Guppy Fish Reproduce? 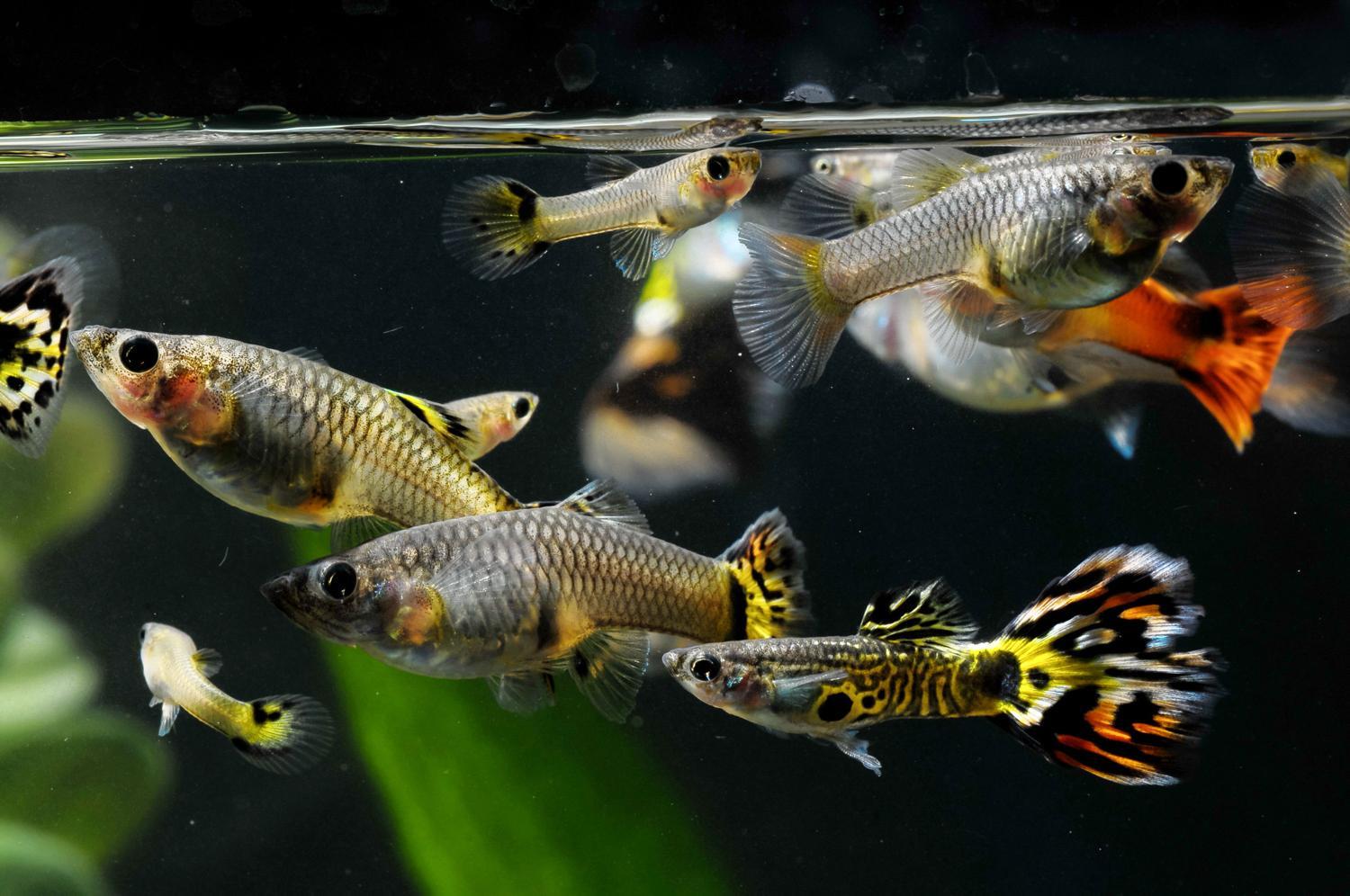 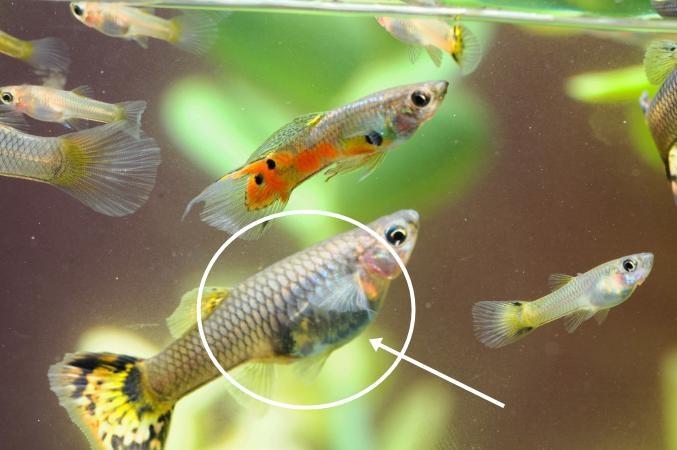 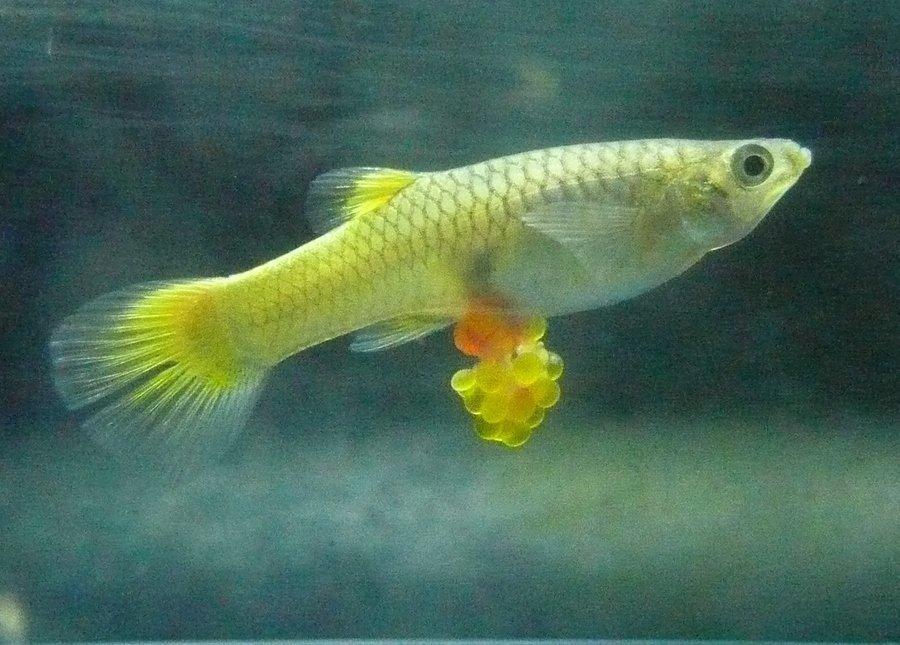 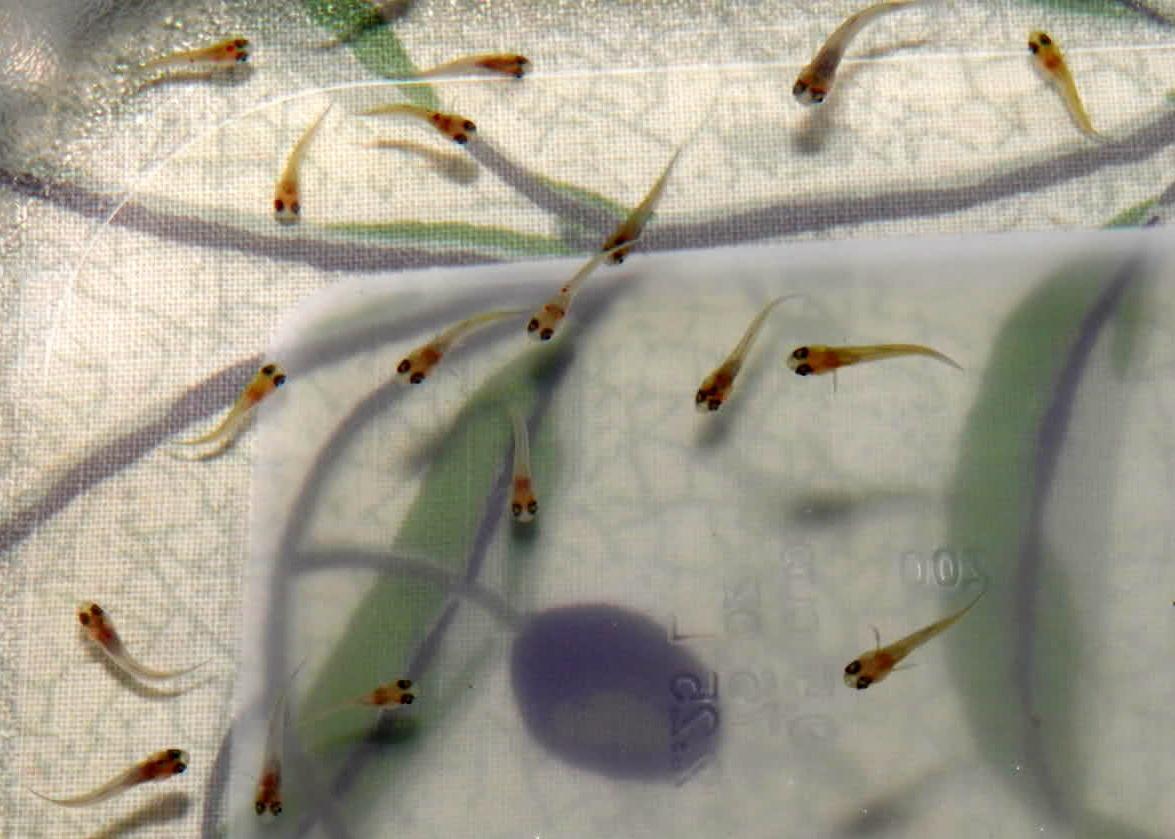 Image: merlinmarina.blogspot.com
1 of 4
How Do Guppy Fish Reproduce?
Back to top