Cats with a squished face are increasingly popular. New breeds are being developed, usually from crosses with existing flat-faced cats. The appeal is largely down to their cuteness. Their smushed face is accompanied by large eyes and a tender expression, some of them even looking adorably angry. The appearance of these cats is due to brachycephaly, a condition which causes a shorter skull. This condition can affect the cat's quality of life and there is debate over encouraging these breeds. Many do live a very happy life with the right care.

At AnimalWised, we provide our list of the 10 flat-faced cat breeds you can expect to find. We also provide information about their care and photos of what they look like.

You may also be interested in: Asian Cat Breeds
Contents

Why do some cats have flat faces?

Every cat has a certain appearance thanks to their genetic inheritance. When we talk about registered breeds with a specific standardization, it means the cat was bred for a certain reason. This can be a behavioral trait that breeders want to exploit, but it is often due to their physical appearance. The flat-faced cats in this list were bred to have a smushed face which gives them a very particular look.

The reason for this flattened face is also due to their genetic heritage. Brachycephaly is a condition when an animal's skull is shorter than the usual size we could expect from the rest of their species. This shortened skull creates larger eyes which bulge from the face and a ‘smushed’ look, as if their face had been purposefully squashed inwards.

Appearances of flat-faced cats are particularly endearing to many guardians, so much so it became a desired trait in new breeds. Unfortunately, brachycephalic cat breeds often have health issues. This is related to their breathing which can be hindered due to a shortened soft palate and lead to a cat wheezing when breathing. Many flat-nosed cat breeds have low energy and activity levels as a result. They also often have eye problems, as can be seen by the excessive tearing in many of these breeds.

The extent of health problems in flat-faced cat breeds depends on the individual and the extent of their brachycephaly. For example, different types of Persian cats have varying appearances dependent on this factor. Some animal rights supporters see breeding snub-nosed cats as cruel due to the effects it can have on their health. Take a look at our list of flat-faced cat breeds and share your thoughts in the comments below.

The first on our list of flat-faced cat breeds is the British Shorthair. We can see a shortened face and large eyes which are so endearing to gaze into. As explained above, this is due to brachycephaly, but it doesn't tend to be as pronounced as many of the other snub-nosed cats we present here. In fact, they are considered a long-lived at, although they are prone to certain diseases and health issues unrelated to brachycephaly.

The British Shorthair cat breed is coarse and compact with a very dense, firm coat that gives them a shiny appearance. There are different accepted colors for the British Shorthair, such as white, black, red, cream and smoke, but the blue is perhaps the most typical. They were bred to be a pedigree version of the common British domestic cat.

This flat-nosed cat breed is particularly photogenic thanks to their beautiful colorpoint coat. Sometimes considered a type of Persian cat, they are a cross between these breed and the Siamese cat breed. They get their morphological characteristics from the former (including their flat face) and the coat color from the latter.

These flat-faced cats have blue eyes and a snub nose to match their round cheeks and compact body. In addition, they have very soft, small and separated ears. Although they have a colorpoint coat pattern, the color on their extremities can be wide ranging. This includes chocolate, red, lilac, seal and even tortie. Learn more with our guide to what is a tortoiseshell cat.

The forerunner to the Himalayan, the Persian cat is one of the most popular cat breeds in the world. In turn, this makes them the most common flat-faced cat breed. Flat-faced Persian cats are known as having peke-typing, whereas Traditional Persian cats have a more pronounced nose. All Persians have long hair which gives them a tender and soft appearance, never mind its beautifully fluffy touch.

While these breed is often categorized for their appearance, it is their personality which endears them so much to so many people. Their appearance can make them look like a cat breed with an angry face, but they are actually one of the most loving and gentle cats. They need a lot of affection and can be playful when they want to be, but they are less energetic than some breeds. This makes them ideal as an apartment cat, as long as their needs are well met.

While the Scottish Fold has a flatter face than many other cat breeds, it is not the characteristic you are most likely to notice first. This would be the folded-over ears from which their name is derived. Although this cat has a flat face, it is much less pronounced than many other brachycephalic cat breeds. The overall appearance is of a stocky body with a rounded head and the cutest little smile lines around the mouth.

A blue, gray or smoke colored coat is common in these cats, but they can be of almost any color or pattern. There are even Scottish Folds which are types of tabby cats. They have a very calm character and are noted for being particularly sociable and affectionate with their family. They were originally called lop-eared cats due to the typing of certain rabbits, but now also go by the name Highland Fold, Longhair Fold or Coupari, depending on their given traits.

Going back to the year 1981, we can see there was a cross between a female Burmese and a male Persian cat with a chinchilla coat. It was this crossing that gave rise to the birth of the Burmilla cat. It is a very affectionate and attentive breed of cat with a snub nose, so they are able to create a strong bond with their family.

They have a soft and silky coat that is made up of a bilayer, i.e. there is a layer of long hair and another sublayer of shorter hair as an undercoat. This helps thermoregulate their bodies during both winter and summer. We will tell you more about this breed of cat with a flat nose in the following breed file about the Burmilla cat.

Our next flat-nosed cat has much more of a pronounced nose than most of the other breeds on this list, but they are still considered a brachycephalic cat breed. They are more known for their coloration which is always black and they have the most beautiful copper or green eyes.

In the 1950s, in the United States, a breeder from Kentucky decided to cross a black American Shorthair cat with a Burmese cat. The intention was to create a cat as similar as possible to a real panther, inspiration that came from the black leopard Bagheera in The Jungle Book. Far from a ferocious wildcat, the Bombay is a feline with a strong desire for attention and which bonds very closely with family. They are considered a great cat for children.

The Exotic Shorthair is perhaps most obvious flat-face cat specimen. While some have more or less pronounced features, the Exotic Shorthair cat has one of the roundest faces of all feline breeds, thanks to their large, deep-set eyes and snub nose.

The Exotic Shorthair is somewhat peculiar among felines because they get along very well with other animals, whether they are cats, dogs or even rodents. Even so, we must not forget the importance of the socialization process of cats when we introduce our Exotic Shorthair cat to other species.

Although the fact that they are one of the flat-faced cat breeds attracts a lot of attention, the Selkirk Rex really steals our breath with their coat. Resembling sheep's wool, they have a coat which is different from other Rex cat breeds in that they are not missing any hair. It is one of the most recent cat breeds with their origins being as recent as 1988 when a curly-haired cat was crossed with a Persian.

It should be noted that they are large cats that can weigh between 4 and 7 kg (15-22 lb), in addition to having a muscular and flexible body combined with powerful limbs.

The munchkin cat has a cheerful and playful character. Combined with their flattened face and short legs, we cannot help but melt before them. This breed emerged in the 1940s and the breed standard accepts all colors and facial features. It should be noted that it is one of the smallest cat breeds, since males usually weigh between 3 and 5 kg (6.6-11 lb).

As we have mentioned, they are playful, a characteristic that goes hand in hand with their dynamism and speed when moving. We cannot forget that they are very intelligent and curious specimens that will always be aware of their surroundings. Unfortunately, their stubby legs can give them musculoskeletal problems, so we need to be very careful and observant for any signs of pain in cats.

Last but not least, we complete our list of 10 flat-faced cat breeds with the Burmese. This small feline stands out for their large, almond-shaped eyes. They also have short, dark-colored legs that contrast with the rest of their body. Although they were once all sable-colored, their coats can be of practically any color. They also have ‘shoes’ on their feet due to the darker tone on their extremities

As with all of the cats on our list, the Burmese is great with people. They will often follow their guardians around the home and are said to have a ‘dog like’ temperament. They can even play games and be trained to do tricks. This is partly because they were originally crossed with a Siamese cat, another type of Asian cat breed.

It is this people-orientated aspect which means so many cat guardians hold them in such high esteem, even if it was their appearance which first sparked their interest. As we have said, this physicality can come with certain health problems. Let us know what you think about it by sharing your thoughts in the comments.

If you want to read similar articles to Flat-Faced Cat Breeds, we recommend you visit our Comparisons category. 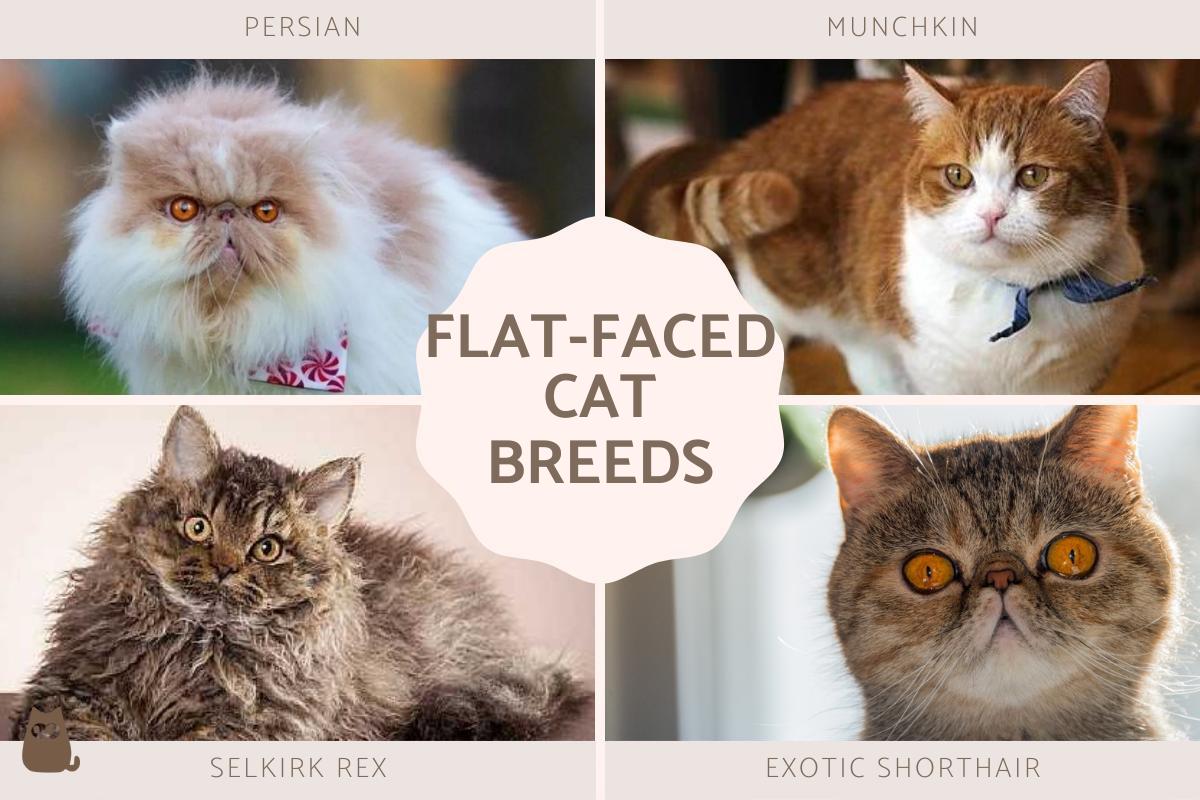 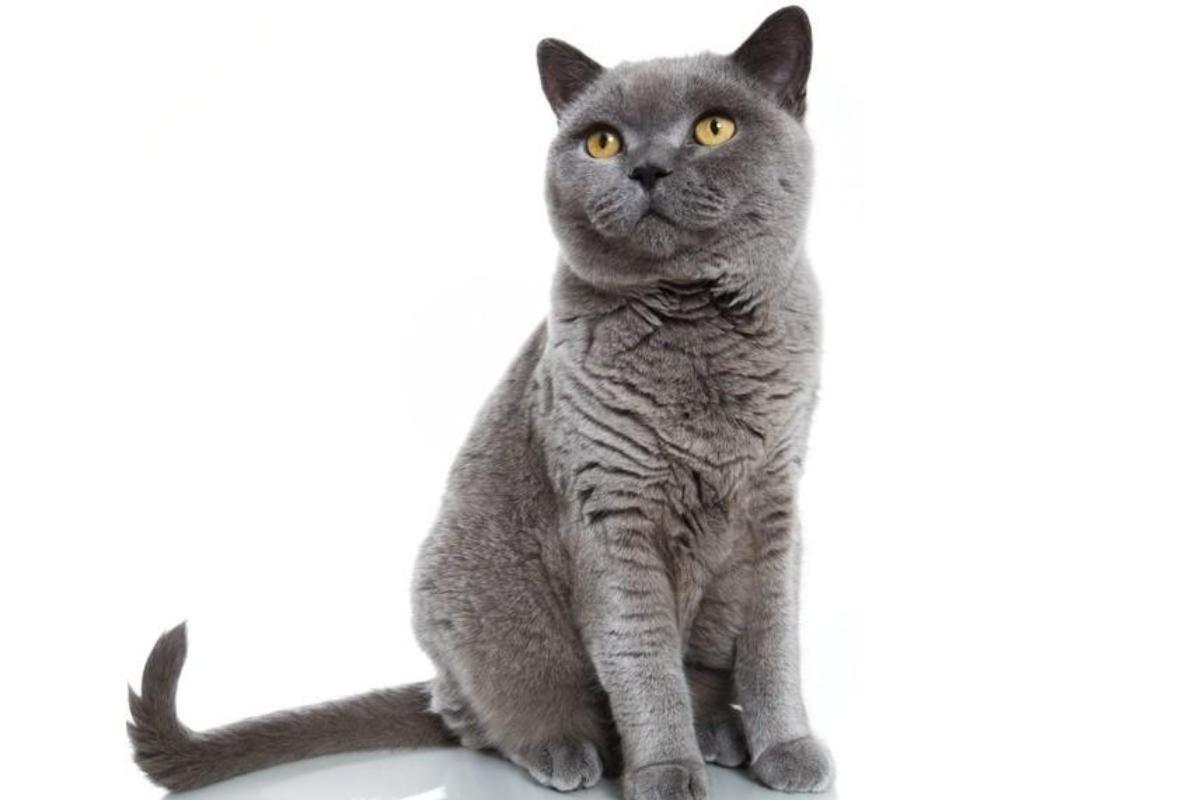 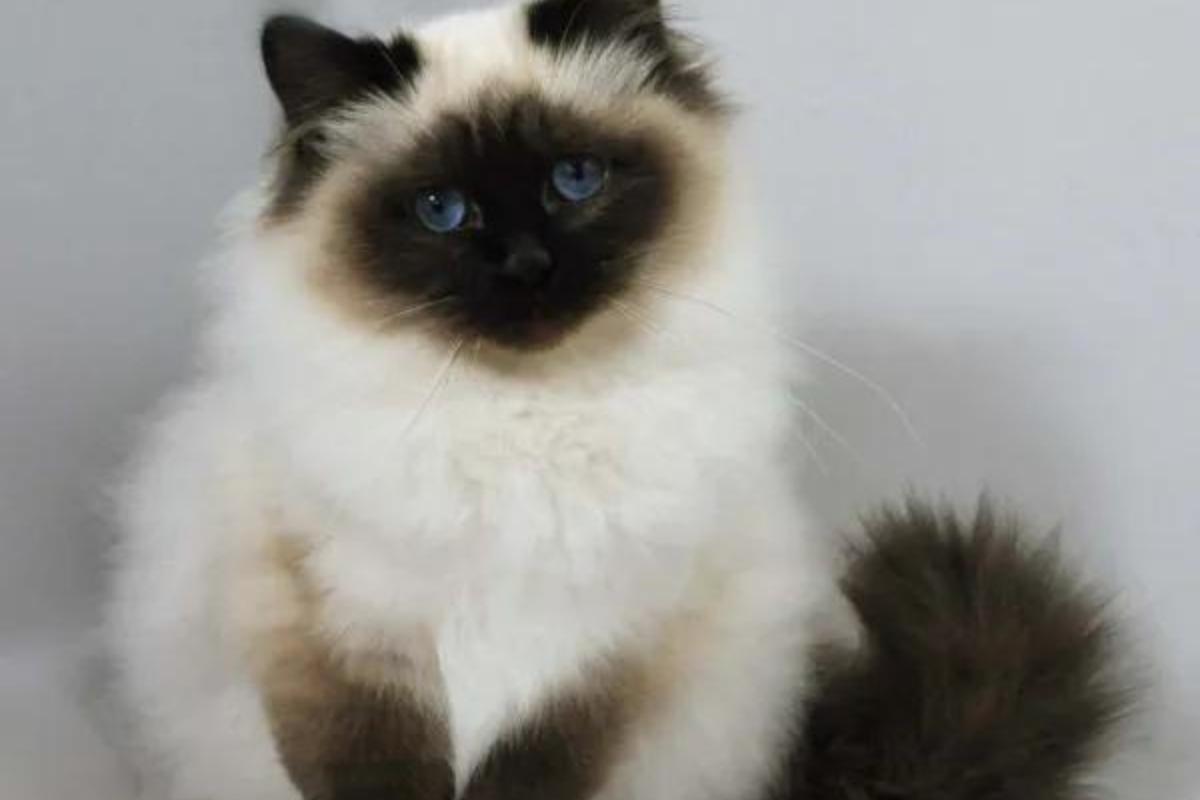 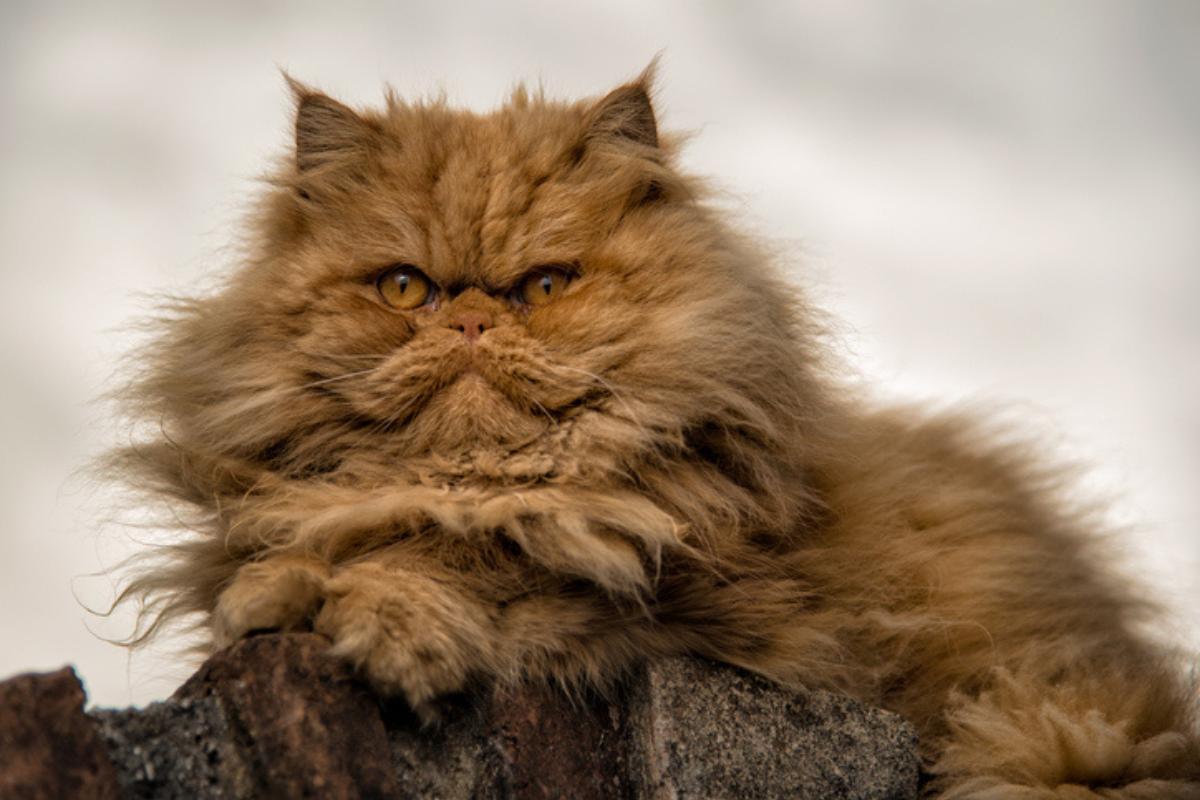 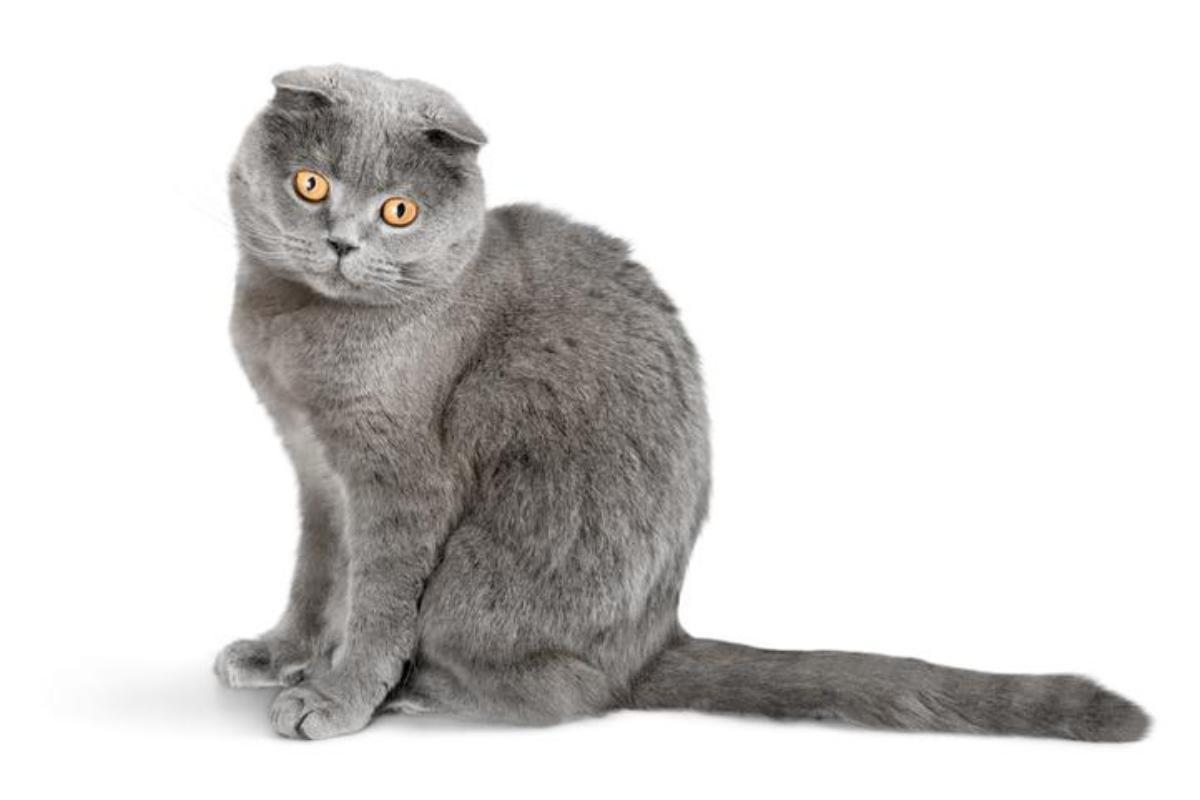 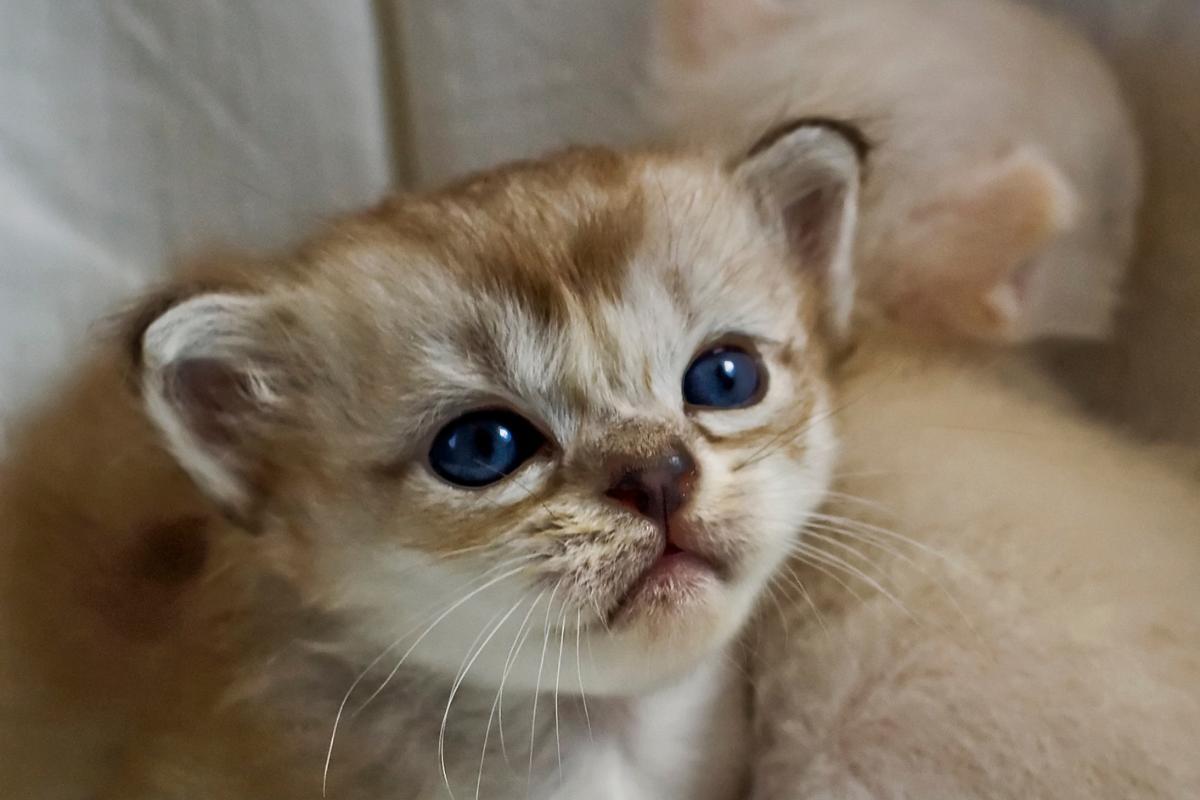 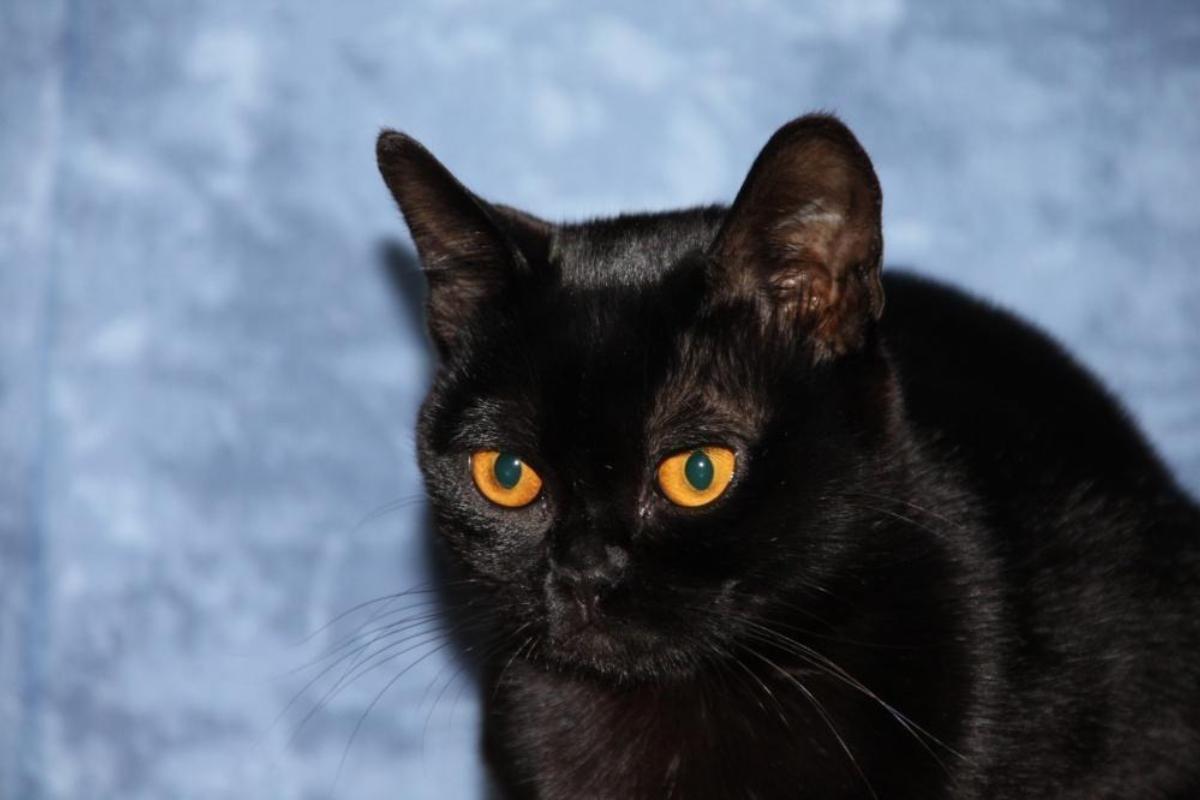 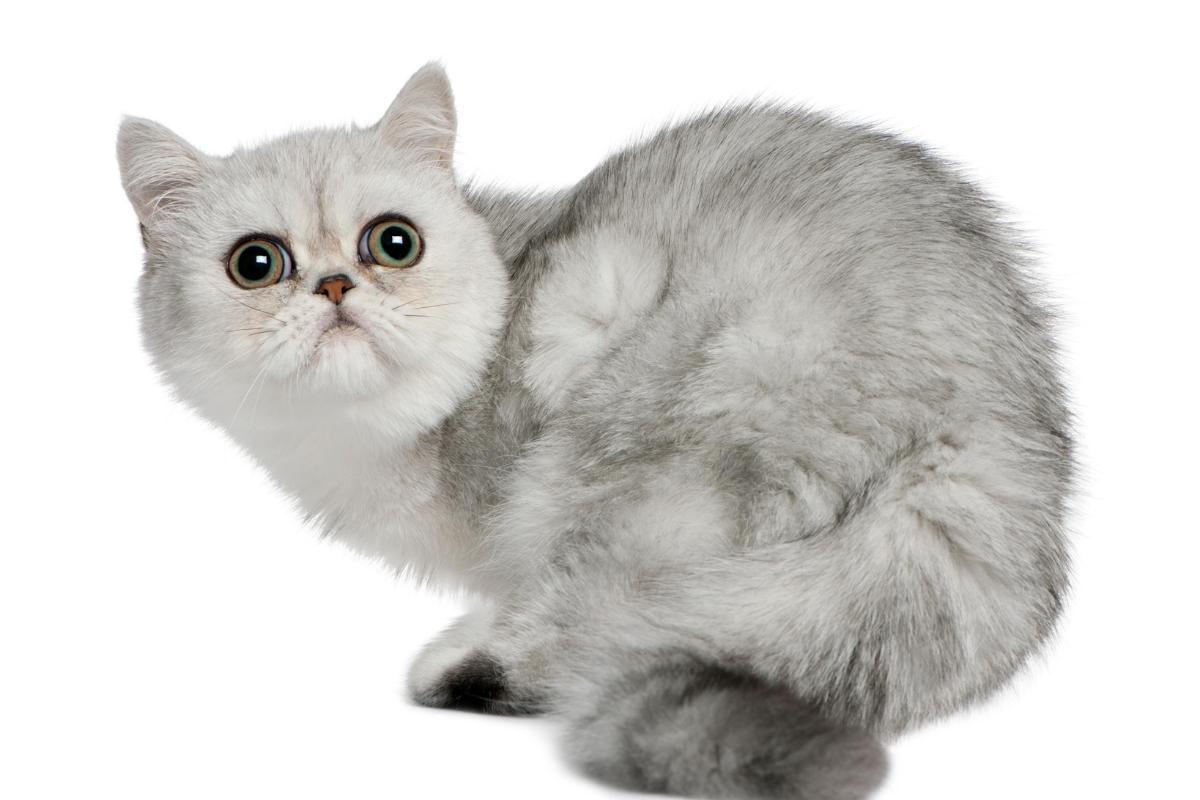 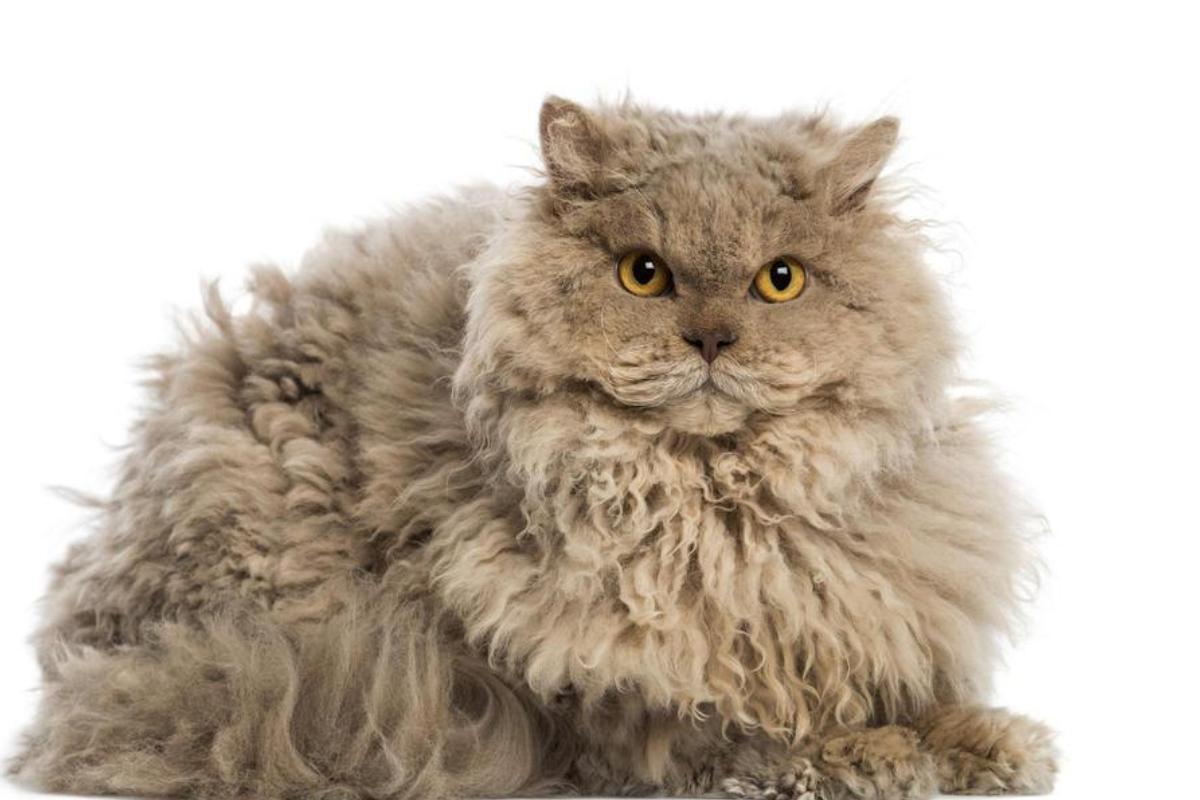 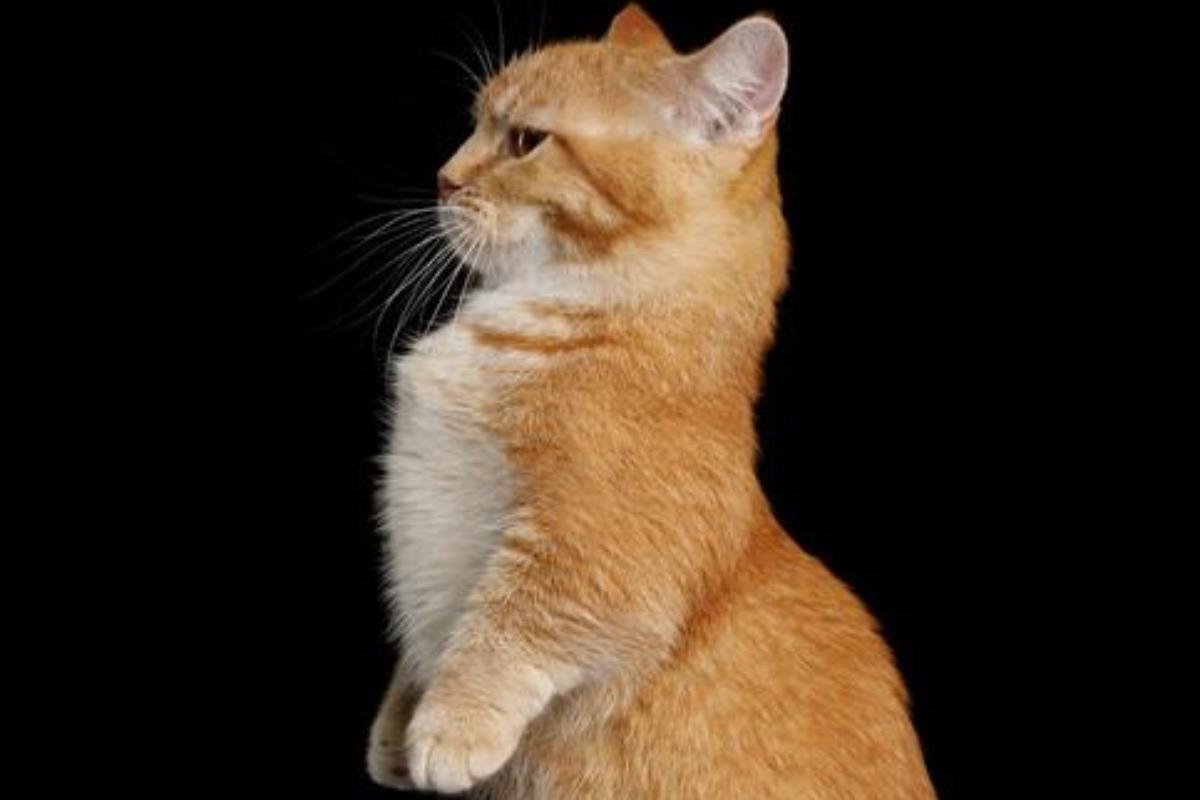 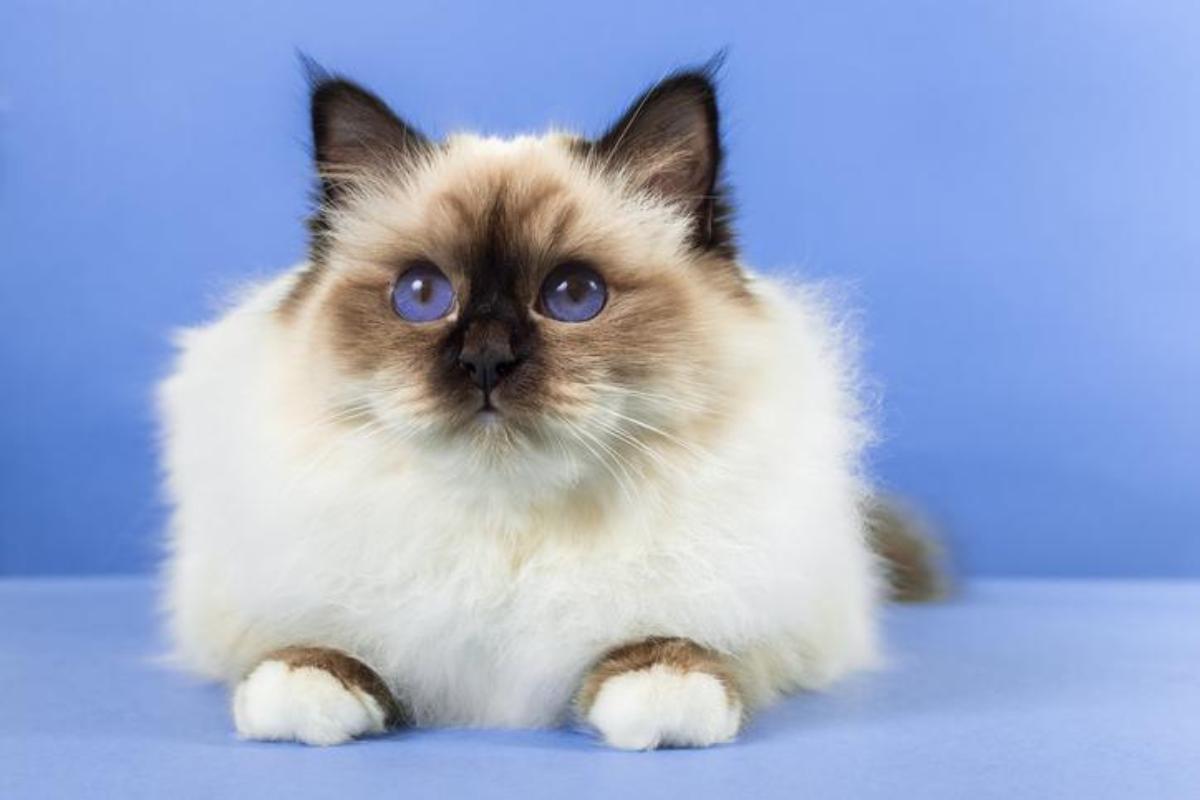 1 of 11
Flat-Faced Cat Breeds
Back to top