Originating in the United Kingdom, the Burmilla cat is a breed that arose spontaneously. This cat breed is not commonly known due to the fact that it has recently been discovered. This may be why there is a low number of them that exist world wide and so they are considered quite an exclusive breed.

If you're thinking of adopting a Burmilla cat, we invite you to read this AnimalWised breed file. Here, we will go through their origin, physical appearance, character, care and more. Everything you need to know about this cat before adopting one!

The Burmilla cat originated form the United Kingdom in 1981 when a Burmese cat was crossed with a Persian Chinchilla cat. This encounter happened merely by chance, so the first litter of the breed that we know today as Burmilla in fact arose in an unplanned and natural way. This is also why they are called Burmilla, it is a combination of “Burmese” and “Chinchilla”.

This breed is considered to be one of the most recent cat breeds since barely three decades have passed since the first specimens were born. In fact, this breed has not been recognized even it their home country, it is only considered an experimental breed to the Cat Association of Britain. It is therefore understandable that this breed has not been registered in the United States either. One official international organizations where they are registered is the FIFe (International Feline Federation) who registered the breed in 1994.

The Burmilla cat is medium-sized, weighing between 8,8 - 15,4 lbs. Their body is compact and solid, as are their limbs which have developed strong muscles. The front legs are thinner and slightly shorter than the back legs. Their tail is straight, long and finishes in a round tip. Their head is broad and round with full cheeks. Their slanted green eyes are outlines by their black rimmed eyelids. For a specimen to be considered pure, they must have green eyes.

The Burmilla's coat is somewhat longer than that of a Burmese cat. It is still equally soft, silky and very shiny. The coat has that much volume because it has a bilayer structure, with a shorter undercoat that favors insulation. The accepted colors for this breed is white or silver base combined with lilacs, cinnamon, blue, cream, black and reddish.

Burmilla kittens are different from other kittens because of the coloration of their eyes and their coat. A baby Burmilla cat already has green eyes and white or silver hair that develops the combined coloration as they grow. Apart from these traits, differentiating a Burmilla kitten with other can be difficult.

Burmilla cats have a magnificent and captivating character due to their attentive and affection nature, as well as their attachment to their family. Burmillas love company and get along with everyone in a household, whether human or another animal. To sum up, they are very tolerant and enjoy spending time with other people and animales to play or cuddle with.

These cats are very balanced since they love playing but can also be very calm. Therefore, it's bizarre to find them feeling nervous or restless. If you ever do, something isn't right. They may be suffering from a health issue or feeling stress.

Burmilla cats are very easy to maintain so they are a great choice for people looking to adopt their first cat. For their coat, they only need a couple of weekly brushing to have their coat look neat and shiny. When it comes to their diet, they will need good-quality food adjusted to their nutritional needs and physical activities. Remember to always leave them fresh water at their disposal at all times so they can remain hydrated.

Finally, it's important to keep environmental enrichment in mind. Although Burmillas are calm cats, they also need to play and be entertained. It will be essential to provide them with various toys, such as scratching posts, balls, strings, etc. Likewise, we will need to spend time with them to play and cuddle.

This breed doesn't present congenital diseases, nor do they have a special inclination to suffer any conditions due to their race. However, like any other cat, they must receive their mandatory vaccinations and deworming. As well as undergo regular veterinary check-ups to detect any abnormality as soon as possible.

In addition, it's recommended to monitor their eyes, ears and mouth condition. You can clean these areas with the appropriate products to ensure they are well maintained. Other than that, make sure to to provide them with good-quality food, toys and company. With good care, the average life expectancy of a Burmilla ranges from 10 to 14 years.

Peterbald Cat
Turkish Angora
Burmese Cat
Toyger
Related articles
New
Albendazole for Cats - Uses, Dosage and Side Effects
New
My Cat Is Not Peeing Anymore - Causes and Treatment
New
My Cat Keeps Biting My Hand
Why Does My Cat Bite Me Gently While Purring?
My Cat Peed on Me - Why and What to Do
How Many Kittens Can A Cat Have?
Metamizole for Cats - Dosage, Uses and Availability
Aural Hematoma in Cats - Causes and Treatment

Upload a picture of your Burmilla 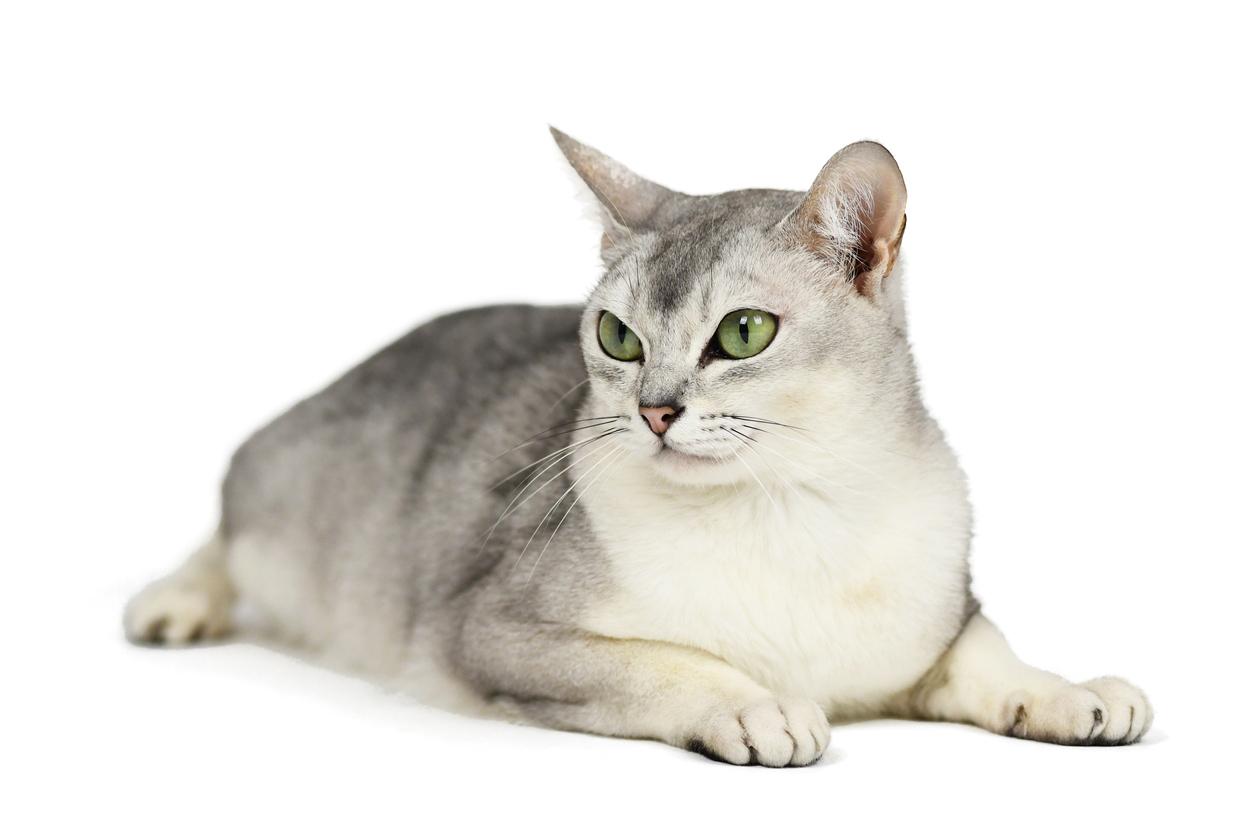 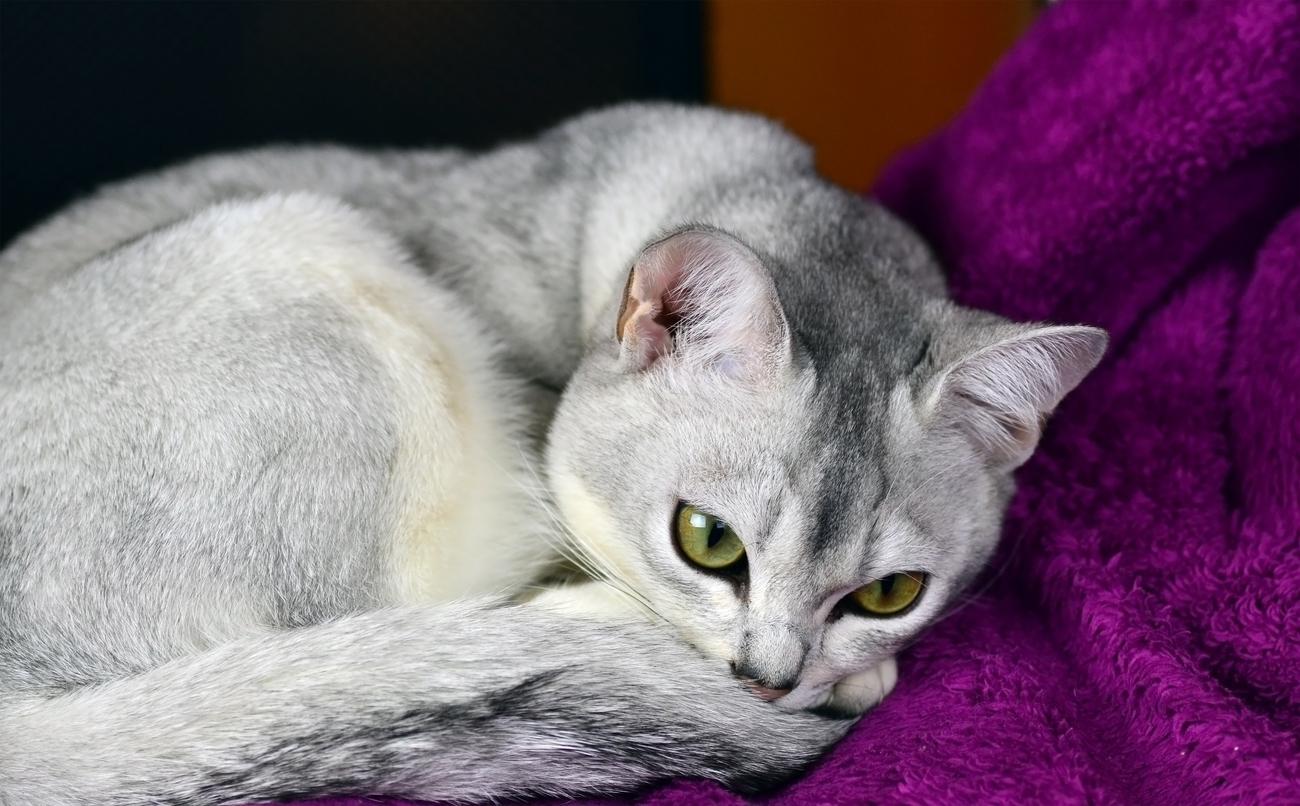 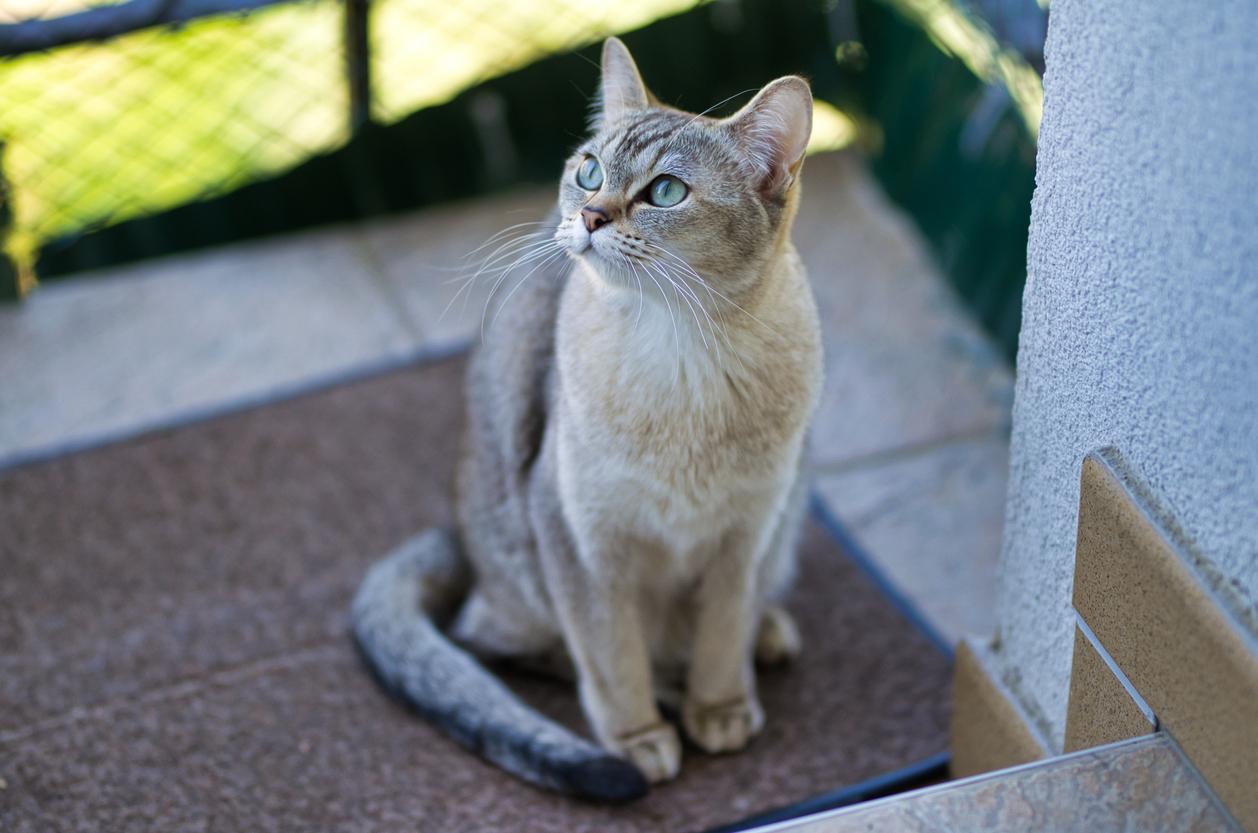 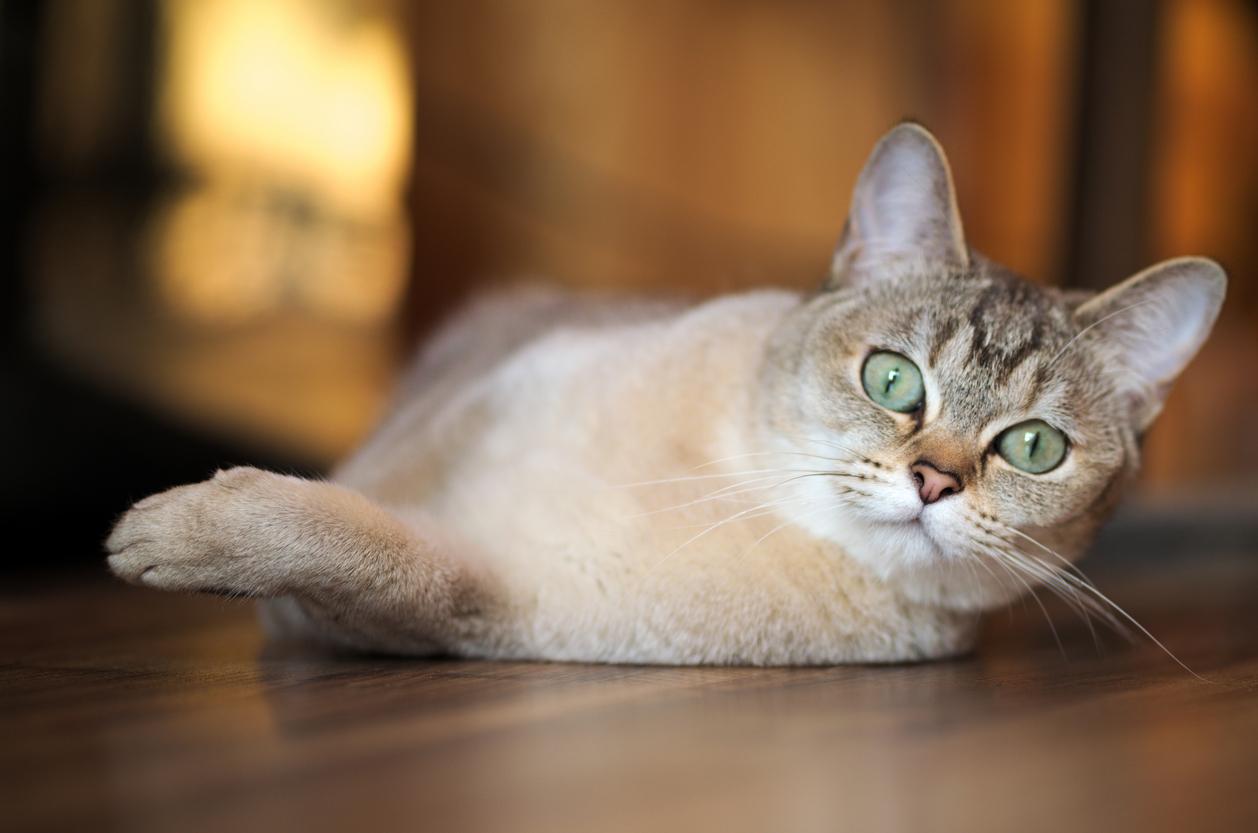 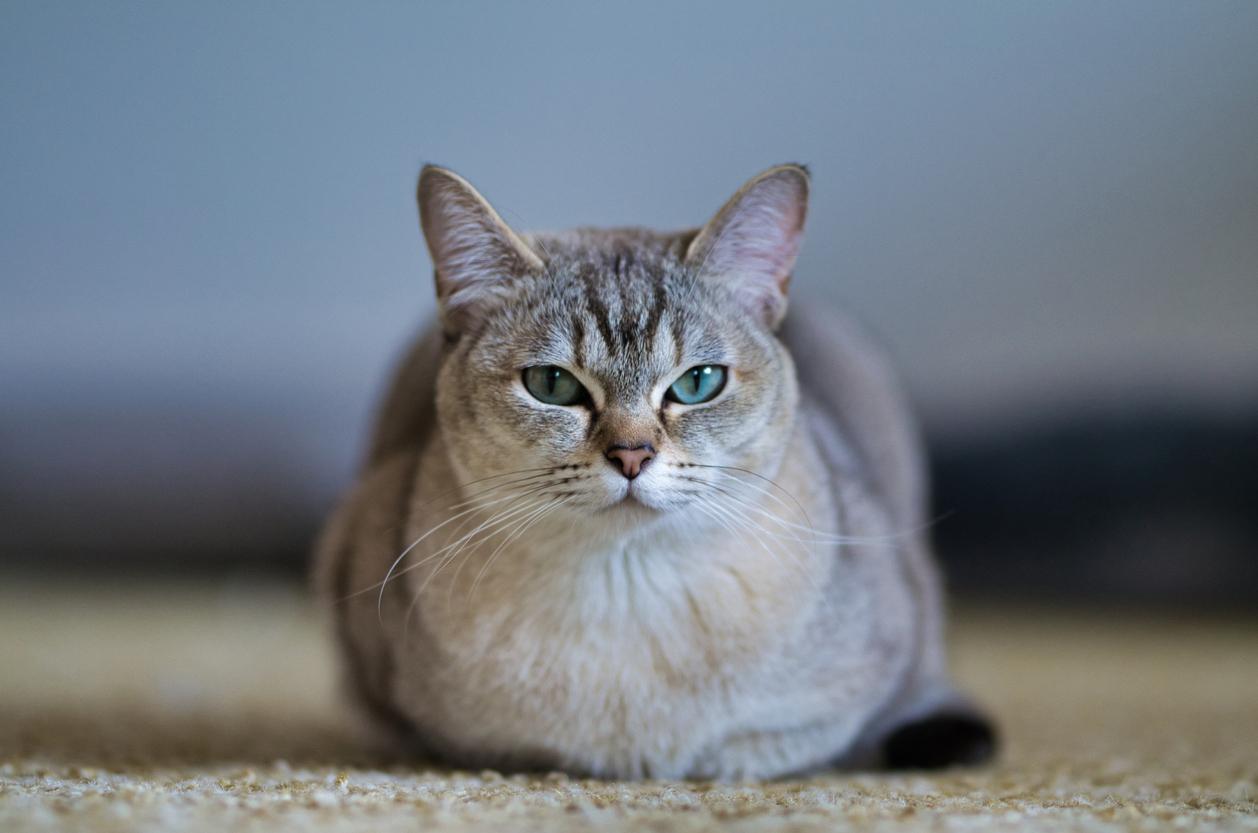 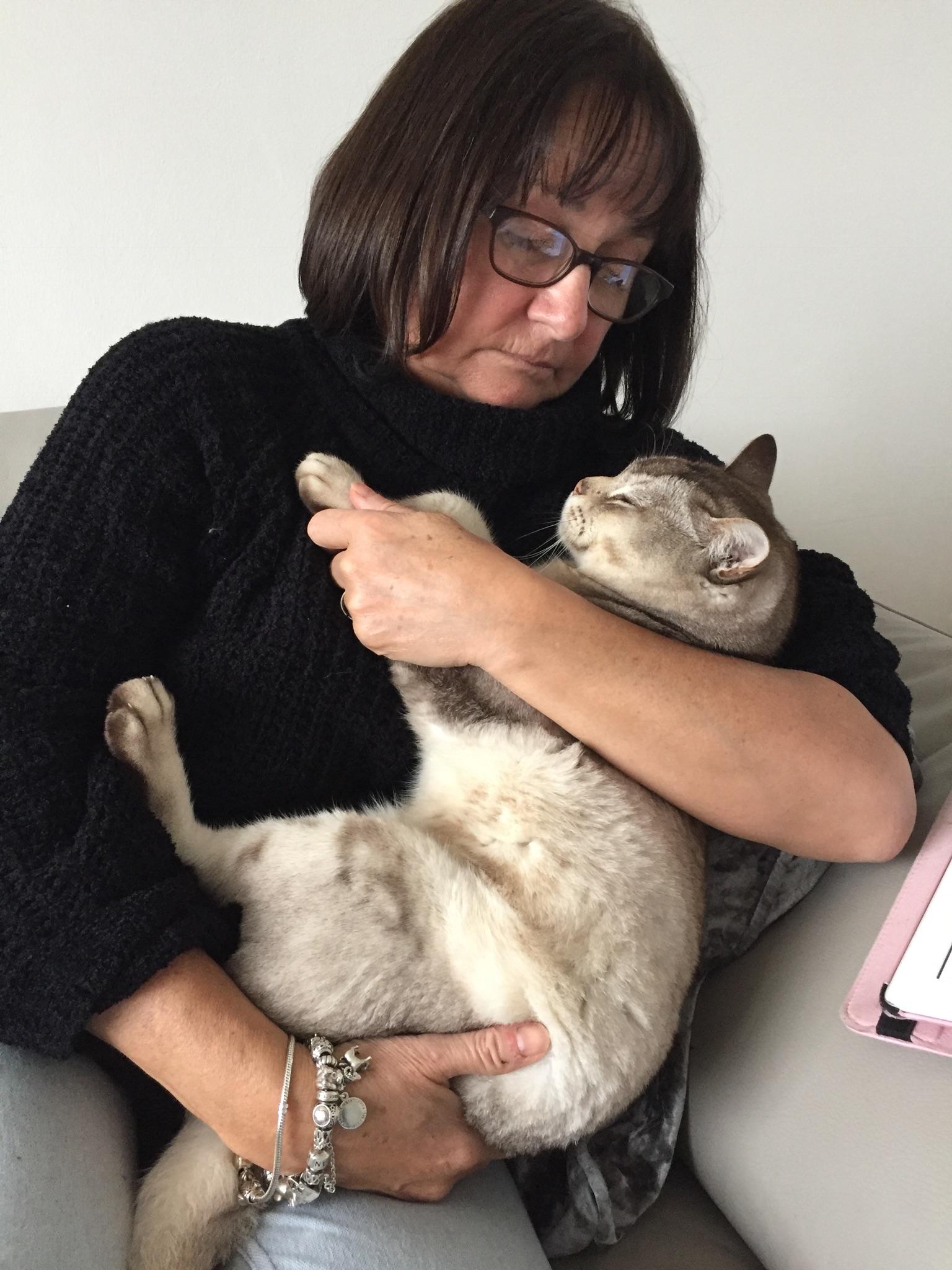 Photo uploaded by Baileys:My beautiful boy
1 of 6
Burmilla
Back to top