Frog Vs. Toad - What is the Difference?

This doesn't stop many people pointing out that an individual amphibian is a toad rather than a frog or vice versa. This is why AnimalWised looks at the differences between a frog vs. toad and what characteristics define them. We also provide examples with pictures.

You may also be interested in: Reptiles Vs. Amphibians
Contents

Taxonomic differences between frogs and toads

As stated in the introduction, frogs and toads are actually the same animal from a scientific taxonomy standing. The likely ancestors of amphibians were a type of fish from the clade Sarcopterygii, known also as lobe-finned fish. They lived during the Devonian period which became known as the ‘Age of Fishes’. It is believed that this original group divided into two:

This gave rise to amphibians which are further subdivided into:

Which gave rise to the first reptiles.

Anura inhabit all continents except for Antarctica and desert or polar regions.

Frogs are animals which are closely associated with water or very humid environments. They have ectodermal glands all over their body, meaning the glands are on a certain layer of the frog's skin. In some cases, these glands secrete a poison, usually the parotid glands behind their eyes. The poison glands do not necessarily work by contact but usually when they feel threatened. Certain species of frog are some of the most poisonous animals on earth.

Frogs also have adhesive glands on the suckers of their fingers. They use these to climb various surfaces. While frogs do have lungs with which they absorb oxygen, they also have the ability to do this through membranes in their skin.

Generally, frogs have smooth skin which is always moist. Their limbs are generally long and thin and the body is not very robust. There are exceptions to these general rules. They can come in various colors (often the brightest are the most poisonous) and, recently, the first bioluminescent frog was discovered[1].

After frogs reproduce, not all start as tadpoles, but many do. To ensure you know how to help them grow into adult frogs, you should know what it is tadpoles eat.

Although comparing the frog vs. toad there is no scientific difference in their grouping, there is something known as folk taxonomy. This means, although not scientifically recognized, many individuals and cultures differentiate them in a certain way. This is the case with frogs vs. toads.

Toads are generally less reliant on bodies of water than frogs because their skin is rougher and covered in hundreds of warts. These warts are not pathological and are part of a They can live in ponds and lagoons, but tend to prefer muddy areas where they are able to tunnel into the terrain and protect themselves from drying out. This is especially important in the dry season or periods of drought.

Additionally, toads can have spurs. These are protuberances located on their hind legs which serve to right them better when jumping or to help latch on to the female during mating. In general toads are considered more terrestrial. Although they hop around, they may also use all four limbs in a slower manner. Arboreal frogs are often thought of more as being true frogs.

Despite their differences, we cannot group them by their diet. What a toad eats in the wild compared to a frog is very much the same, but will depend on availability.

Differences between frog and toad

Although it seems easy to distinguish a frog from a toad, we can make mistakes. There are many exceptions since the terms are, essentially, colloquial. We can always call them a frog if we are unsure. This is because all toads are frogs, but not all frogs are toads. The best way we can determine this ill-defined grouping is by looking at the:

Most types of toads are poisonous and they emit a strange smell. However, generally, they are harmless to humans and will not attack if left undisturbed. The problem occurs when a wild animal, such as when a cat or dog bites the toad, they secrete toxins from their parotid gland. These toxins enter the mucosa of the animal's mouth and will often require veterinary treatment. Some examples of toads are:

Unlike toads, frogs do not always secrete poison. There are even species that are used as a food source for humans. These include the aptly titled edible frog (Pelophylax esculentus). On the other hand, some species of frogs are among the most poisonous animal species in the world. They are the frogs of the Dendrobatidae family, among them we find:

Other species of frogs include:

However, these are only a few of the many different types of frog which can be found in the world. If you are interested, you may even want to know how many species of frog exist in the world?

If you want to read similar articles to Frog Vs. Toad - What is the Difference?, we recommend you visit our Facts about the animal kingdom category.

Frog Vs. Toad - What is the Difference? 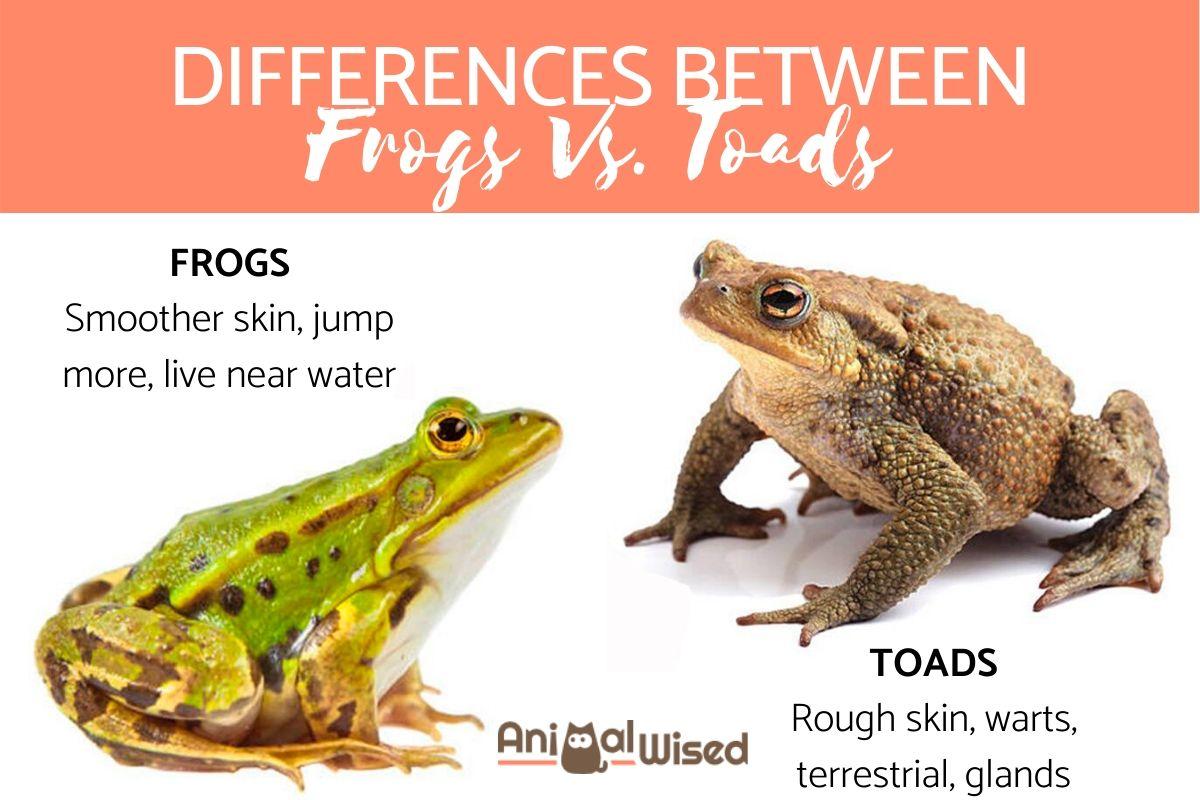 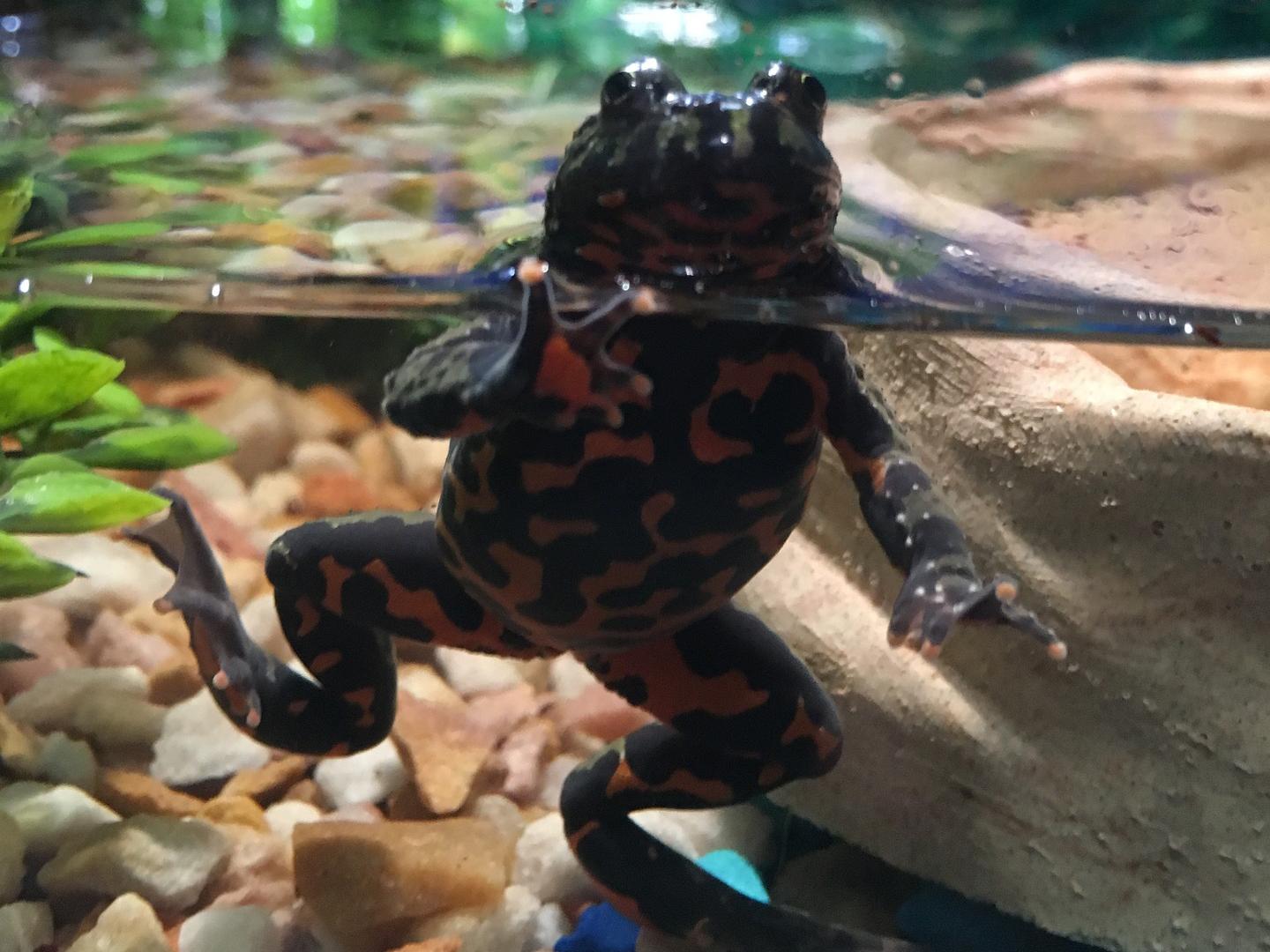 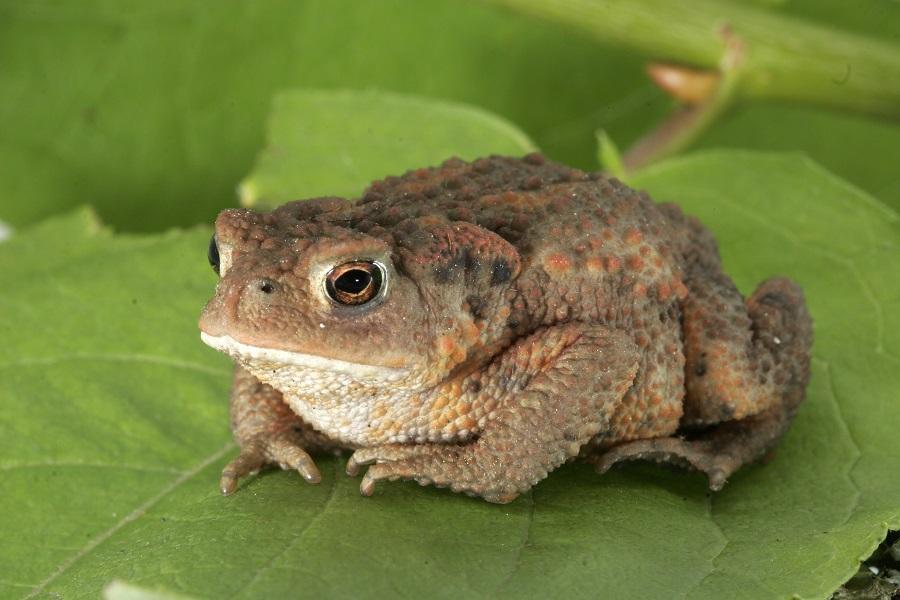 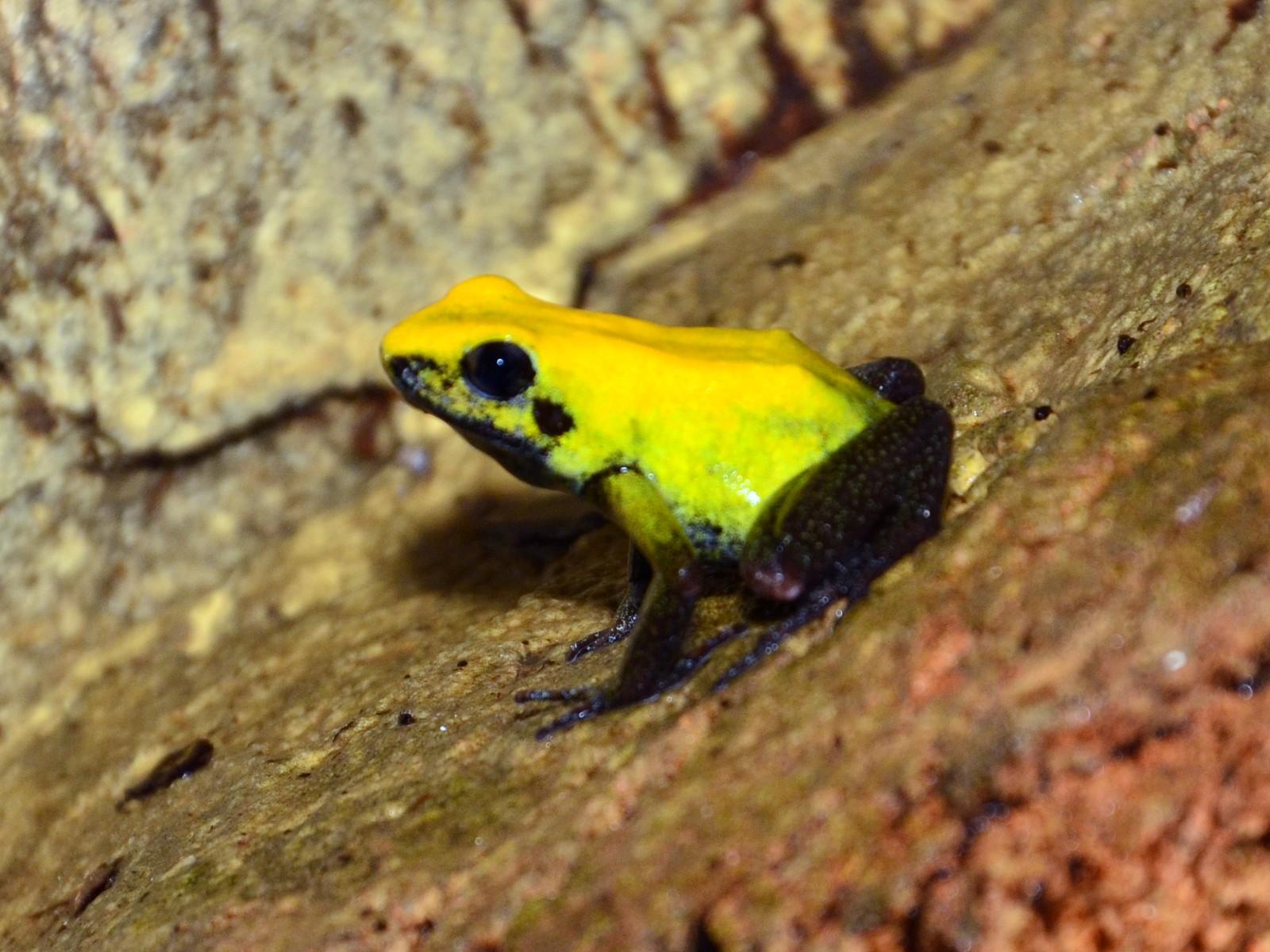 Image: Black-legged poison frog (Phyllobates bicolor)
1 of 4
Frog Vs. Toad - What is the Difference?
Back to top