How Do Butterflies Reproduce?

Butterflies are among the most popular and appreciated invertebrates in the world. The delicate shape of their body and the variety of colors of their wings make these insects very eye-catching and curious animals, both for their morphology and for their life cycle. They begin their life as an egg, hatch into a larva, form a cocoon as a pupa, and finally transform into an adult. This is a long, difficult process of renewal and transformation, developed over many millions of years of evolution.

In this AnimalWised article, you will learn everything you need to know about the reproduction of butterflies and the different stages of their life cycle.

You may also be interested in: How do Chickens Reproduce?
Contents

Butterflies are insects of the genus Rhopalocera in the order Lepidoptera, which includes moths. Adult butterflies have large, often brightly colored wings and a showy, fluttering flight. Butterflies hold second place in the ranking of most known species within a single creature, as a total of 165,000 different species have been identified, divided into 127 families and 46 superfamilies.

Butterflies feed mainly on fluids they ingest from plants, thanks to a structure in the form of a "tongue" called a proboscis that allows them to ingest the nectar of flowers and the internal water of plants. During this process, they also fulfill the role of pollinators. However, in the earliest stages of their life, these insects feed on leaves, fruits, flowers, roots, and stems.

The wings of butterflies are transparent, but we can perceive their striking and varied colors because their structure is protected by very fine scales that constantly reflect light. These scales also have the function of regulating their body temperature.

The life expectancy of a butterfly varies by species. Some survive only a few weeks, while others live for almost a year. The monarch butterfly, a very common and well-known species, surprises us with a life expectancy of nearly 10 months, making it one of the longest-lived butterflies. Factors such as weather conditions and the amount of food are crucial for their survival.

Where do butterflies live?

They can be found all over the world, as some species can even survive in polar regions. However, most of them prefer warmer areas with lush vegetation. Some, like the monarch butterfly, migrate to different regions in winter to complete their reproductive cycle.

Continue reading this other article if you want to learn more interesting facts about butterflies.

The body of butterflies is divided into three parts: Head, thorax and abdomen. On the head they have two antennae, while from the thorax emerge six legs and two wings. The vital organs, including the reproductive organs, are located in the abdomen. Like humans, butterflies are either male or female. In addition, males and females have sexual dimorphism, meaning they are larger than their mates and also differ in color.

There is a wealth of interesting, sometimes perplexing behavior and biology when it comes to butterflies and sex. The butterfly cycle begins with the reproductive process, which includes two stages: Courtship and Mating.

Courtship usually occurs from the air and often involves pheromones. Generally, female butterflies select males with which to mate, so males compete for the attention of females. The females, in turn, release their own pheromones, which can be detected by the males at a distance of nearly two kilometers.

Male butterflies and moths can emit acoustic signals or pulses to tell females that they are looking for a perfect mate. These pulses have the added benefit of sounding threatening to other male moths because they mimic the sounds that bats make when hunting.

Once the male and female have met, more intimate courtship behavior occurs. Courtship behavior varies from species to species. In some species, the male spins around in the air to court the female, and in others, both butterflies gently stroke each other's antennae.

Initially, butterflies find each other based on colors and sounds. But at this stage, the decision whether to mate is made based on the pheromones that both sexes emit. In some species, the males transfer an aphrodisiac chemical to the females that also discourages other males from courting the newly mated female.

The next step in the butterfly cycle is mating. Both butterflies place their abdominal tips against each other, each pointing in a different direction, so that the exchange of gametes can take place.

The male inserts his reproductive organ into the abdomen of the female, releasing a sac called a spermatophore that contains the sperm. The female's orifice, in turn, picks up the pouch and uses it to fertilize the eggs that are inside her body.

In most species, mating takes place in a place where both individuals can remain immobile, such as on a rock, leaf, or similar. During the process, butterflies are vulnerable to attack by predators, so some have evolved the ability to mate in flight.

How are butterflies born?

After mating, the female fertilizes the eggs with the sperm stored in her bursa (usually the last sperm is used first) just before they exit her body. The nutrients provided by the male during mating are very important for the formation of the eggs. This is so much so that males often spend extra time gathering nutrients for this purpose.

Butterflies do not care much for their parents. The parents have often died by the time their offspring hatch as caterpillars. However, female butterflies often go to great lengths to choose where to lay their eggs to give their offspring a good start in life. They select the right plant species for their future caterpillars to feed on and can be very particular about the size, shape, and location of certain plants.

The appearance of the eggs is unique to each species. They can have many shapes and textures, including round, smooth, oval, bumpy, cylindrical, and wrinkled. Most are incredibly small, measuring only about one to three millimeters, about the size of a pinhead.

Despite the large number of eggs laid by the female, only 2% reach adulthood. Most are eaten by predators or die due to weather conditions such as strong winds, rain, etc.

The metamorphosis of the butterfly proceeds in the following phases:

Now you know how butterflies are born, but how long does it take for a butterfly to emerge from the chrysalis? It is not possible to give a specific number of days because this process varies depending on the species, the possibility of feeding during the larval stage and climatic conditions.

For example, in low temperatures, the butterfly stays longer in the chrysalis as it waits for the sun to arrive before hatching. Although it appears that it is isolated in the cocoon, in reality it perceives the temperature variations that occur outside. Generally, the minimum time a larva remains in the pupa is about 12 or 14 days. However, it can be extended up to 2 months if conditions are not optimal for its survival.

If you want to learn more about the different stages a butterfly goes through during its life cycle, continue reading this other article, where we explain how butterflies are born.

If you want to read similar articles to How Do Butterflies Reproduce?, we recommend you visit our Gestation category.

Bibliography
How Do Guppy Fish Reproduce?
How do Frogs Reproduce? - Frog Reproduction
How do Snakes Give Birth?
How Do Rabbits Mate?
Related categories
Dental hygieneHeatBasic careSkin careFur careGeriatrics
Most read
1.
When Does a Dog Go Into Heat After Having Puppies?
2.
Third Eyelid Showing in Cats - Causes and Treatment
3.
Can You Touch Newborn Puppies?
4.
Why Is My Pregnant Dog Not Eating?
5.
Dog Pregnancy - Week by Week
6.
Why Has My Cat Only Had One Kitten?
7.
How to Control a Male Dog Around a Female in Heat
8.
How do Horses Mate? - Horse Reproduction
How do Horses Mate? - Horse Reproduction
How to Tell if My Guinea Pig Is Pregnant - Physical Signs and Behaviors
How to Know if your Tortoise is Pregnant
Why do Cats Move Their Kittens?
How many puppies can a French bulldog have?
Why is Dog Breeding Bad?
How to Know if My Hamster is Pregnant
How Long Is Labor In Dogs?

How Do Butterflies Reproduce? 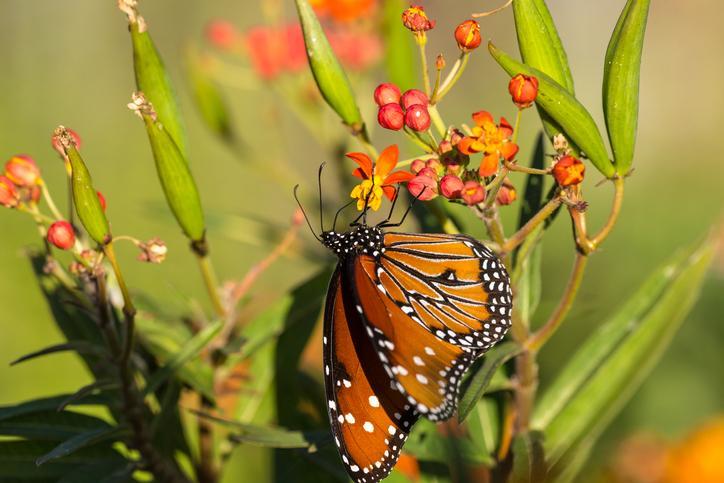 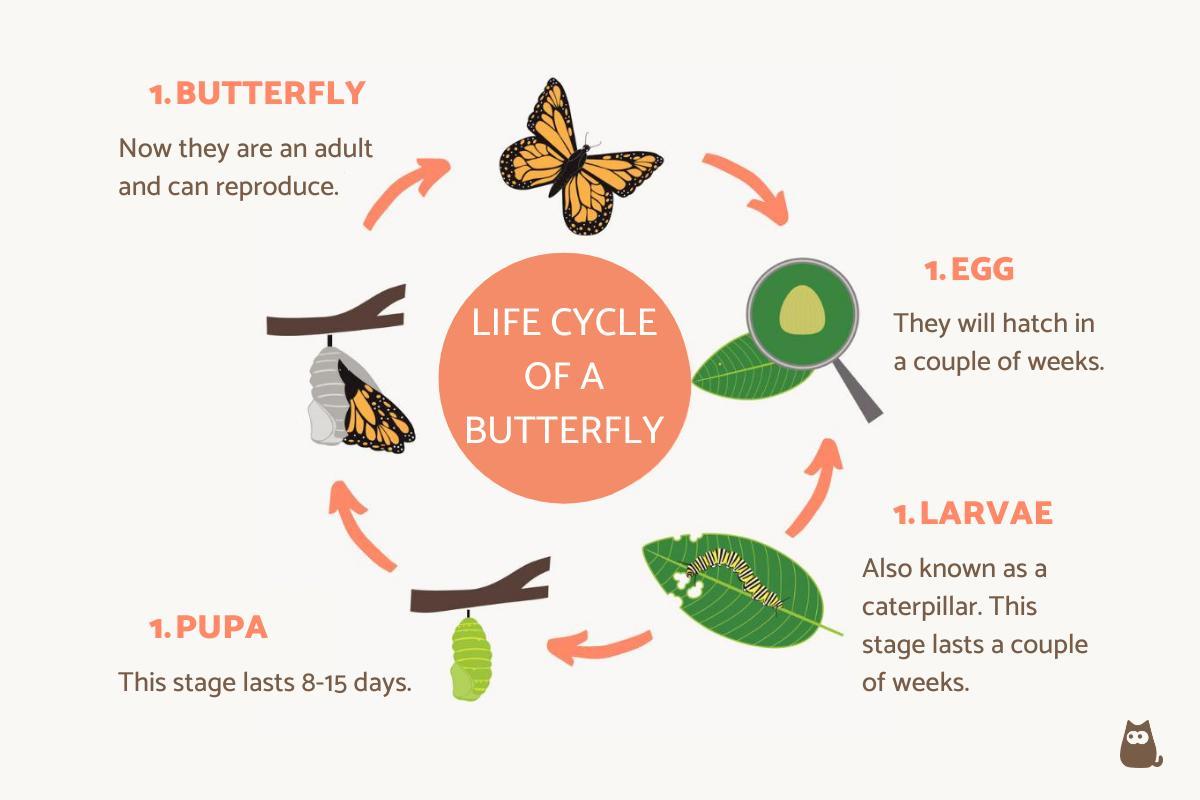 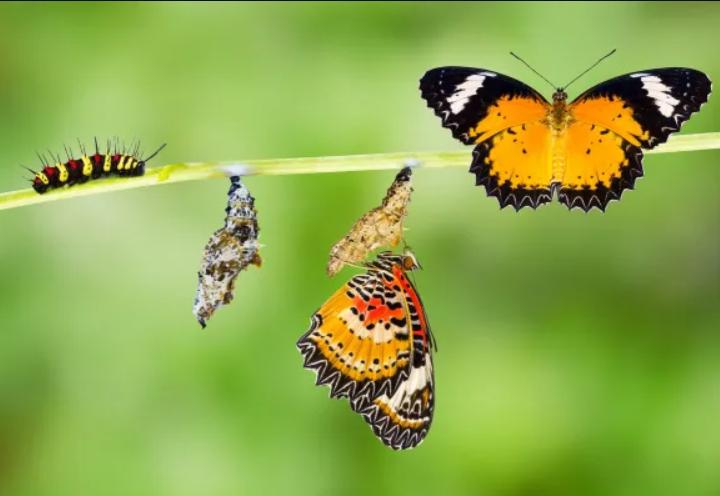 1 of 4
How Do Butterflies Reproduce?
Back to top