How do Snakes Give Birth? 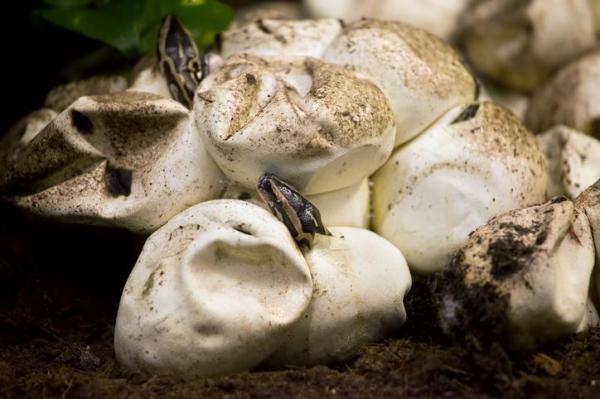 Snakes have different ways of reproducing, depending on the species to which they belong. Some snakes are oviparous and others are viviparous. Are you wanting to expand your knowledge about snakes? If so, you’ve come to the right place!

For more about snake reproduction and fun snake facts, keep reading here at AnimalWised. In addition to answering your questions about how snakes give birth or whether or not snakes lay eggs, we’ll also be discussing snake diet and environment. Educate yourself about all things snake related here!

You may also be interested in: My Dog is Aggressive After Giving Birth
Contents

There are several species of snakes that exist in the world, each with its own characteristics that differentiate them from each other. However, all snakes have these following snake characteristics in common:

So, you may be wondering,‘‘What snakes give live birth?’’ Well,it depends on the species of snake we are referring to. Some snake species are oviparous while others are viviparous and some may even be ovoviviparous. Keep reading below to find out more about how snakes give birth.

As we’ve already mentioned, a snake’s characteristics vary depending on the species, as well as their ways of reproduction. However, a common factor of all snakes is that they are reptiles that reproduce sexually. Snakes perform copulation after courtship, whereby the males attract the attention of the females. During this process, if there are two males, they fight. The winner will be the one to copulate with the female snake.

During snake intercourse the male introduces his hemipenes, situated at the end of his tail, into the female’s cloaca. Here, he deposits the sperm, fertilizing her eggs. During mating, snakes curl together, adopting an interesting form. Once intercourse is over, the snakes seperate and go their separate ways.

Do snakes give live birth?

Although all snakes reproduce sexually, not all are born the same way. Therefore, snake birth varies. Here are the different ways snakes give birth:

How do snakes lay eggs?

Oviparous snakes can either take care of the eggs until they hatch, as is the case with pythons, or simply deposit and abandon them. Some snakes lay their eggs in self-made made nests, while others lay eggs in places they consider quiet enough.

In general, and in contrast to what mammalian mothers do, reptiles do not take care of their offspring. This is why the mortality rate of neonatal and young specimens is especially high. Now, how do snakes lay eggs?

Before depositing her eggs, the mother has to find the right place to create her nest. This nest require a specific temperature so that the eggs can develop properly. Depending on the species of snake, the mother will either abandon her eggs or take care of them until they hatch.

Snake eggs, once deposited, require an incubation period of between two to five months (depending on the species). After this time, the snakelets will prepare to break its shell, with the help of its egg tooth. This tooth faslls off over time, once its served its purpose.

After this birth and once the egg hatch, the snakelets will find themselves alone. Even pythons abandon their young after the eggs have hatched.

For more, discover everything you need to know about oviparous animals here.

Want to see how snakes lay eggs? Watch this video below from Canal Serpiente.

How many eggs do snakes lay?

The number of eggs laid by a snake depends on the species. There are some snakes, such as rattlesnakes, that can lay between 4 and 25 snakes, while other snake species can lay up to 100 eggs.

The amount of eggs a snake lays also depends on its environment. Colder climates tend to negatively affect snake reproduction, and can result in the birth of fewer eggs.

Additionally, it should be noted that not all snake eggs are the same in appearance. Some snake eggs are white while others are yellowish. Snake egg shapes can also range from round to elongated to oval.

For more, we recommend reading our article where we discuss some examples of mammals that lay eggs.

Snakes that give live birth

As we’ve already mentioned, one of the most common forms of snake birth includes the development of the embryo within the placenta. Viviparous snakes breed their young inside of them, through a method similar to that of mammals. The snakelets feed through the placenta and the yolk sac in which they are found, so their is no egg formation. Some examples of viviparous snakes include green anacondas and boa constrictors.

If you want to know more about how snakes give live birth, we recommend watching the following BoaWorld video.

Ovoviviparous snakes are those that develop inside an egg incubated in the womb. The rattlesnake is a well-known ovoviparous snake. Rattlesnakes are born from eggs gestated by the mother, where they finish developing until they hatch. This whole process takes place in a period of approximately 90 days.

Ovoviviparous rattlesnakes pups are only 25 centimeters long, and have a cornea button at the end of their tail. Rattlesnakelets are as poisonous as adult specimens.

These little snakes are completely independent from the moment they leave the egg and the mother's womb. It’s important to note, however, that not all ovoviviparous snakes are born outside of the shell. Some break the shell as soon as they are ejected by the mother.

Vipers snakes are also ovoviviparous animals. Theeggs develop inside the mother until the young leave at hatching time, after which the birth begins, in which they leave the womb.

When a snake is pregnant, she will try her best to lay in the sun or remain close to heat sources. This is important for the correct development of her embryos, which require warmer temperatures to grow.

How are marine snakes born?

Sea snakes are, almost entirely, ovoviviparous. The young develop in the eggs housed by their mother until they hatch. This occurs except in the case of species belonging to the genus Laticauda, which includes species such as laticauda colubrina or laticauda saintgironsi.

How snakes are born: easy explanation for children

In order for baby snakes to be born, their father and mother have to first meet. Snakes can be born from an egg, like baby chicks, or are born straight from the mother, like human babies. Once they are born, small snakes already have teeth and can eat like the adults.

Normally, snake mothers are not very attentive to their young and in many cases babies have to fend for themselves. However, some snakes such as pythons take care of their little ones until they are old enough to feed and live alone.

For more fun snake facts, we recommend reading about the most dangerous snakes in India.

What do snakes eat?

Now that you know how snakes are born, let’s discuss a snake’s diet and environment.

Snakes are animals that feed exclusively on other animals, and are completely carnivorous from birth. Snake feeding is based off of two factors; the size of the snake and its predatory abilities.

In general, snakes are very good at attacking and hunting their prey. In most cases, the prey does not even realize that the snake is there until it’s too late. Snakes have two different hunting mechanisms:

Ingeneral, snake diet can vary from insects to other vertebrates, such as rodents or fish in the case of aquatic snakes.

For more snake facts, we recommend reading our article where we list the 10 largest snakes in the world.

Where do snakes live?

Snakes inhabit virtually ever corner of the planet. However, it is more common for snakes to reside in warmer environments, such as the Amazon rainforest or Australia, where 11 of the most poisonous snakes around the world, including the deadliest of all, can be found.

Aquatic snakes, both freshwater snakes and salt water snakes, have evolved and adapted to their specific conditions. Sea snakes can be found in both the Pacific and Indian ocean, where they inhabit shallow waters near the coast, able to enter freshwater flows if necessary.

Are you thinking of adopting a snake? If so, we suggest taking a look at our following articles:

If you want to read similar articles to How do Snakes Give Birth?, we recommend you visit our Gestation category.

Bibliography
Can I Shower My Dog After Giving Birth?
How Long Does it Usually Take for a Cat to Give Birth?
What My Dog Should Eat After Giving Birth
Is my Dog about to Give Birth? Symptoms of Labor
Related categories
Basic careEar careNail careGeriatricsEye careDental hygiene
Most read
1.
When Does a Dog Go Into Heat After Having Puppies?
2.
Third Eyelid Showing in Cats - Causes and Treatment
3.
Can You Touch Newborn Puppies?
4.
Why Is My Pregnant Dog Not Eating?
5.
Why Has My Cat Only Had One Kitten?
6.
How to Control a Male Dog Around a Female in Heat
7.
Dog Pregnancy - Week by Week
8.
How do Horses Mate? - Horse Reproduction
How Do Rabbits Mate?
How Do Guppy Fish Reproduce?
4 Most Common Cat Birth Difficulties
How do Horses Mate? - Horse Reproduction
Why do Cats Move Their Kittens?
How do Chickens Reproduce?
How Long Is Labor In Dogs?
How do Frogs Reproduce? - Frog Reproduction

How do Snakes Give Birth? 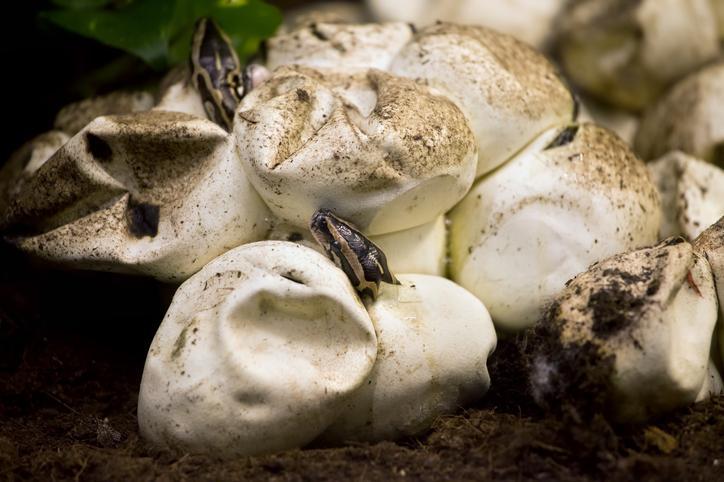 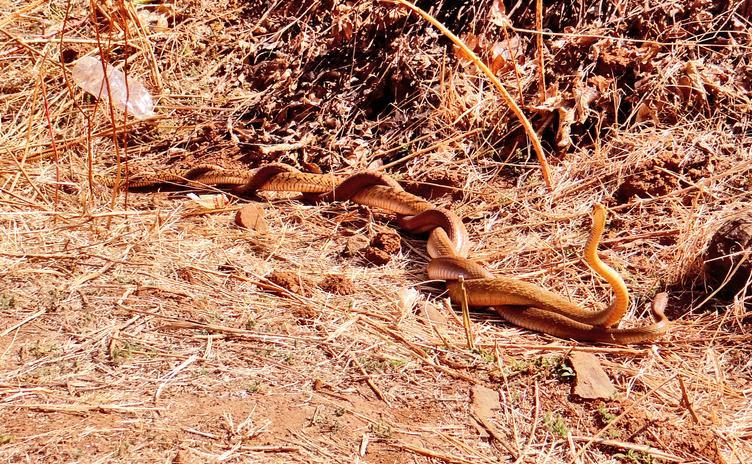 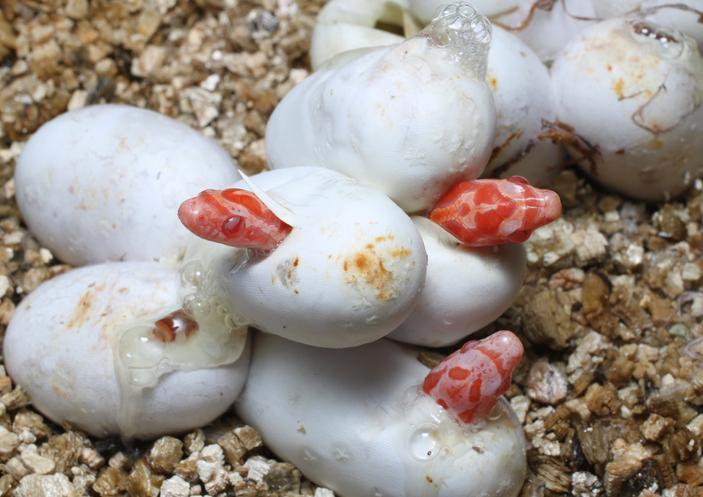 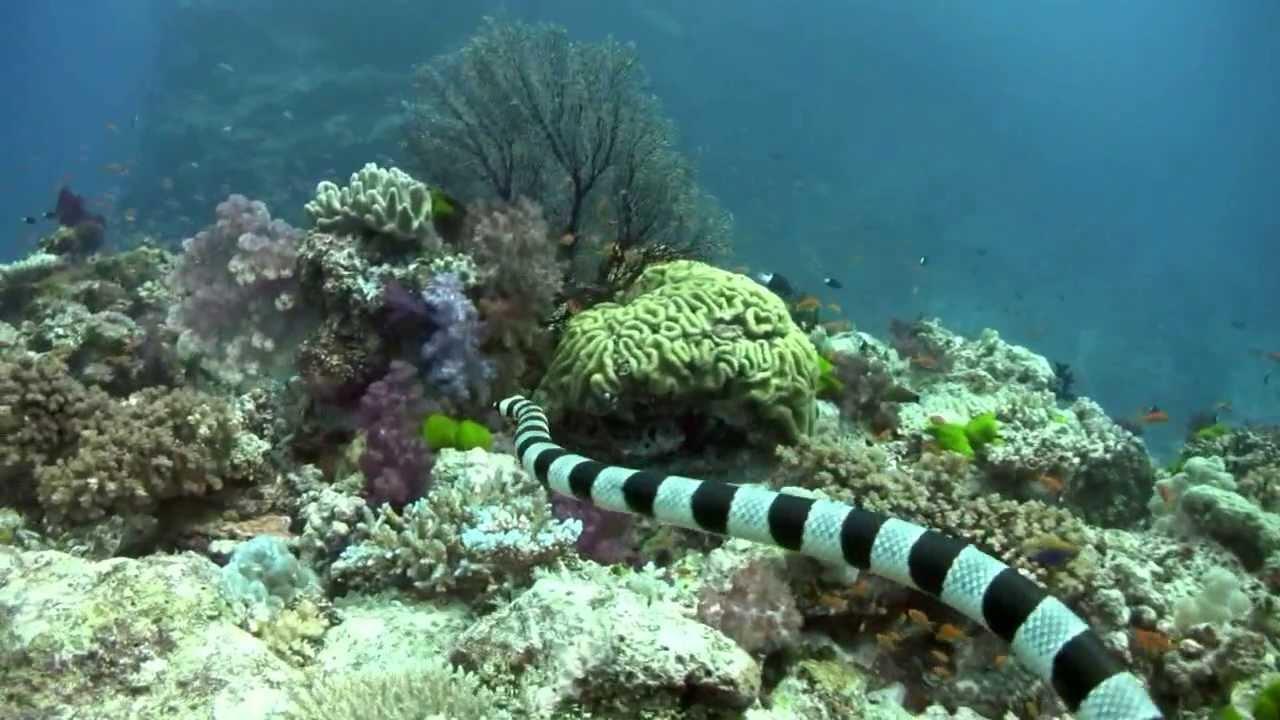 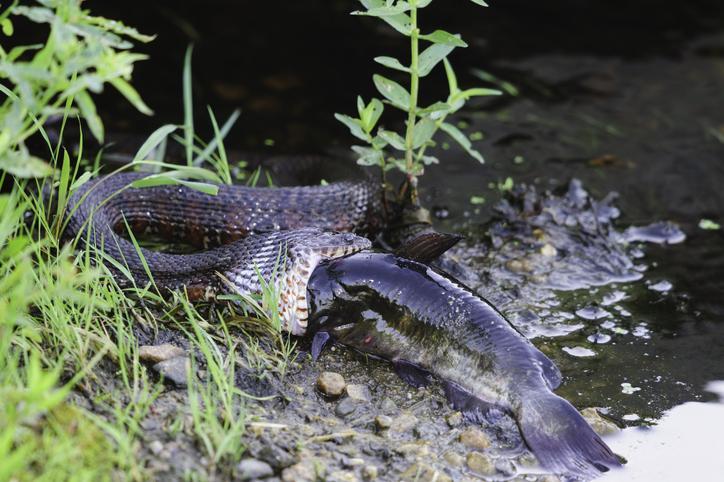 1 of 5
How do Snakes Give Birth?
Back to top