By Nick A. Romero, Biologist and environmental educator. July 5, 2022

All jellyfish sting and produce toxic substances, but not all of these substances are equally harmful. Jellyfish, like all cnidarians, have stinging cells called cnidocytes. These cells contain a venom that is usually inoculated into the prey by a spiny thread. Upon contact with the prey, the cells are triggered and "sting." Some species of jellyfish are lethal to humans, while others have very low toxicity and in some cases their sting is barely perceptible.

You may also be interested in: How Do Jellyfish Reproduce?
Contents

How do jellyfish sting?

Unlike other animals, such as insects, some fish, or other sea creatures, jellyfish do not have a hard, visible stinger. This does not mean that jellyfish have a poisonous substance in their "skin". The tentacles of jellyfish are actually a bundle of microscopic stingers, which is why we say that jellyfish sting.

These stingers are actually modified cells known as cnidocytes. These contain an organelle known as a cnidocyte, which is a modified flagellum with a hard filament bristling with barbs. When we go near the tentacle, the cnidocyte is activated and the filament shoots out like a microscopic stinger that digs into our skin. These flagella inject a special cytotoxic toxin.

Why do jellyfish sting?

Being carnivorous, jellyfish uses these special cytotoxic toxins these toxins to immobilize their prey. The word cytotoxic means that it acts directly on the cells. The combination of substances varies, as does their effect. While some are mild and moderately intense, others, like the venom of the famous sea wasp (Chironex fleckeri), are capable of killing a human within minutes. Among the substances that have been detected in jellyfish venom is hypnocin. This venom paralyzes the muscles and is able to make movements and even breathing impossible.

As mentioned earlier, the degree of toxicity of jellyfish varies by species. Below, we describe the most common species with the lowest toxicity, whose sting is barely noticeable. However, as a general rule, if you encounter a jellyfish on the beach or in the sand, avoid any contact.

Also known as the Mediterranean jellyfish, it belongs to the scyphozoan group and is common in various marine areas in countries such as Spain, Italy, France, Greece and Croatia. Compared to other jellyfish species, it is of medium size and reaches a length between 20 and 40 cm, while the umbrella has a diameter of 25 cm. Its common name comes from its resemblance to a fried egg when viewed from above.

It has a striking coloration that varies between purple, white, blue, brown or orange tones depending on the body region. The toxicity of this type of jellyfish is very low, it can even be imperceptible when a person comes into contact with it, so it is usually not dangerous.

This species of jellyfish belongs to the hydrozoan class, and although it was originally identified in the Mediterranean Sea, it is now known to have a wider distribution that includes Southern Africa, the North Sea, and even Patagonia.

It is a jellyfish with a large, colorless umbrella, but it has a peculiarity, and that is its luminescence, which is due to the presence of a protein that makes this reaction possible. The many-ribbed jellyfish is another cnidarian species that is considered harmless to humans.

Within the genus Aurelia, there are several species known as moon jellyfish, with A. aurita being one of the most common. This species belongs to the class Scyphozoa and is found in many seas and oceans, including marine areas of the Americas, Asia, Europe, Australia, and even some areas of Africa.

The species has a diameter of 25-40 cm and is practically transparent. This allows it to be distinguished from other species by its horseshoe-shaped reproductive organs. As far as humans are concerned, moon jellyfish are harmless. Although it does not pose a threat to humans, it is often confused with other species that are potentially poisonous.

The Lion's Mane Jellyfish also belongs to the class of Scyphozoa. This species is known by their impressive size, as it reach up to 2 m (6 ft 7 in) long and have a bell with a diameter of about 50 cm (20 in). It is one of the largest known species of jellyfish. Its range is confined to cold, boreal waters of the Arctic, northern Atlantic, and northern Pacific Oceans. Lion's mane jellyfish are named for their showy, trailing tentacles reminiscent of a lion's mane.

Despite its enormous size, this jellyfish is not usually harmful to humans, as it only causes irritation when it comes into contact with humans. However, since it forms large groups in certain areas, you should exercise caution.

Craspedacusta sowerbyi, also known as the peach blossom jellyfish, unlike all the previously mentioned species, lives in freshwater. It belongs to the class of hydrozoans and is currently distributed on all continents except Antarctica. Originally from the Yangtze Basin in China, C. sowerbii is an invasive species that is now found in freshwater bodies throughout the world. These include: Lakes, rivers or reservoirs, but also in artificial spaces such as quarries with water or ponds.

It is a small animal with a diameter of 5 to 22 mm. It is a transparent jellyfish, which in some cases has a whitish to green coloration. Just like salt water jellyfish, they have stinging cells. However, these stinging cells are used to paralyze very small prey (zooplankton including daphnia and copepods), and they have not been shown to be capable of piercing human skin.

Jellyfish are a group of fascinating animals whose peculiarities distinguish them from other aquatic groups in remarkable ways. Nevertheless, it is necessary to exercise caution around them. Even if you have learned to identify the least poisonous species, they can easily be mistaken for potentially poisonous species. This is why it is best to avoid any kind of physical contact. Even dead jellyfish that are not in the water can still be poisonous for several hours.

If you come into contact with a jellyfish, you should:

If you are curious about jellyfish and want to learn more about these fascinating animals, we recommend you to take a look at these other articles:

If you want to read similar articles to Do All Jellyfish Sting? - Least Dangerous Species, we recommend you visit our Facts about the animal kingdom category. 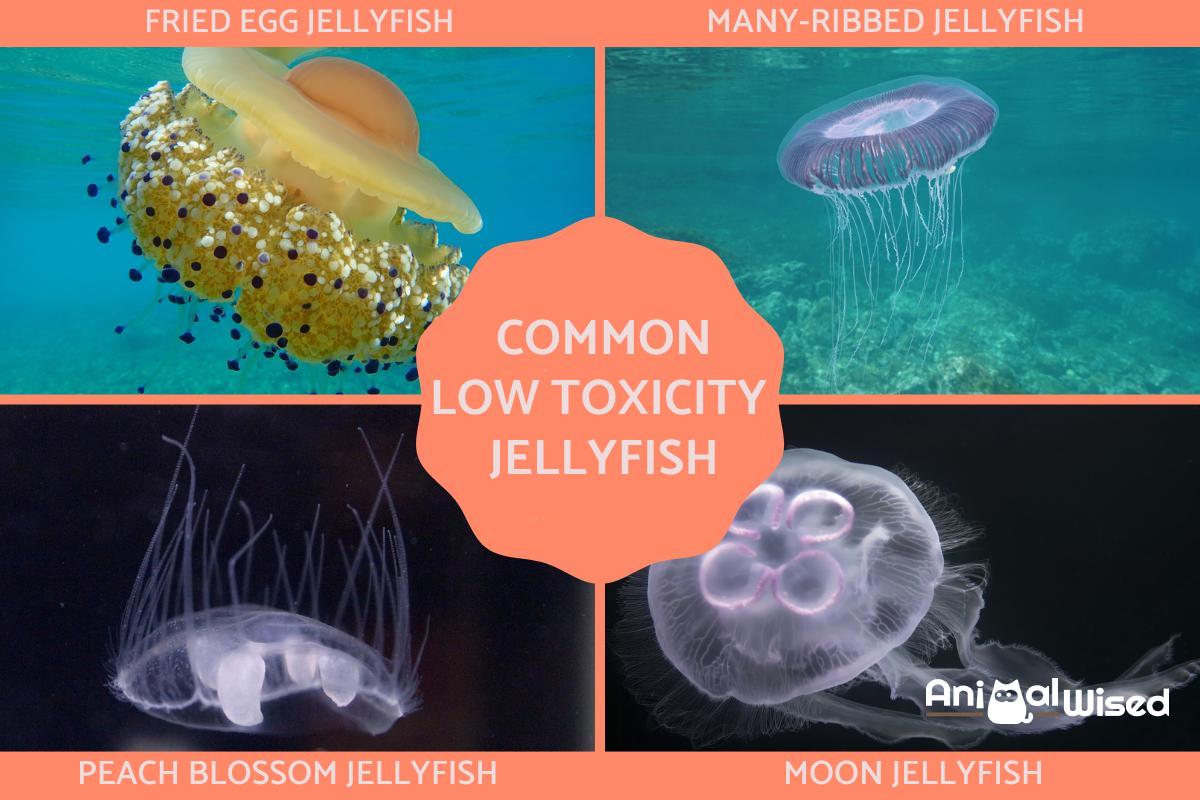 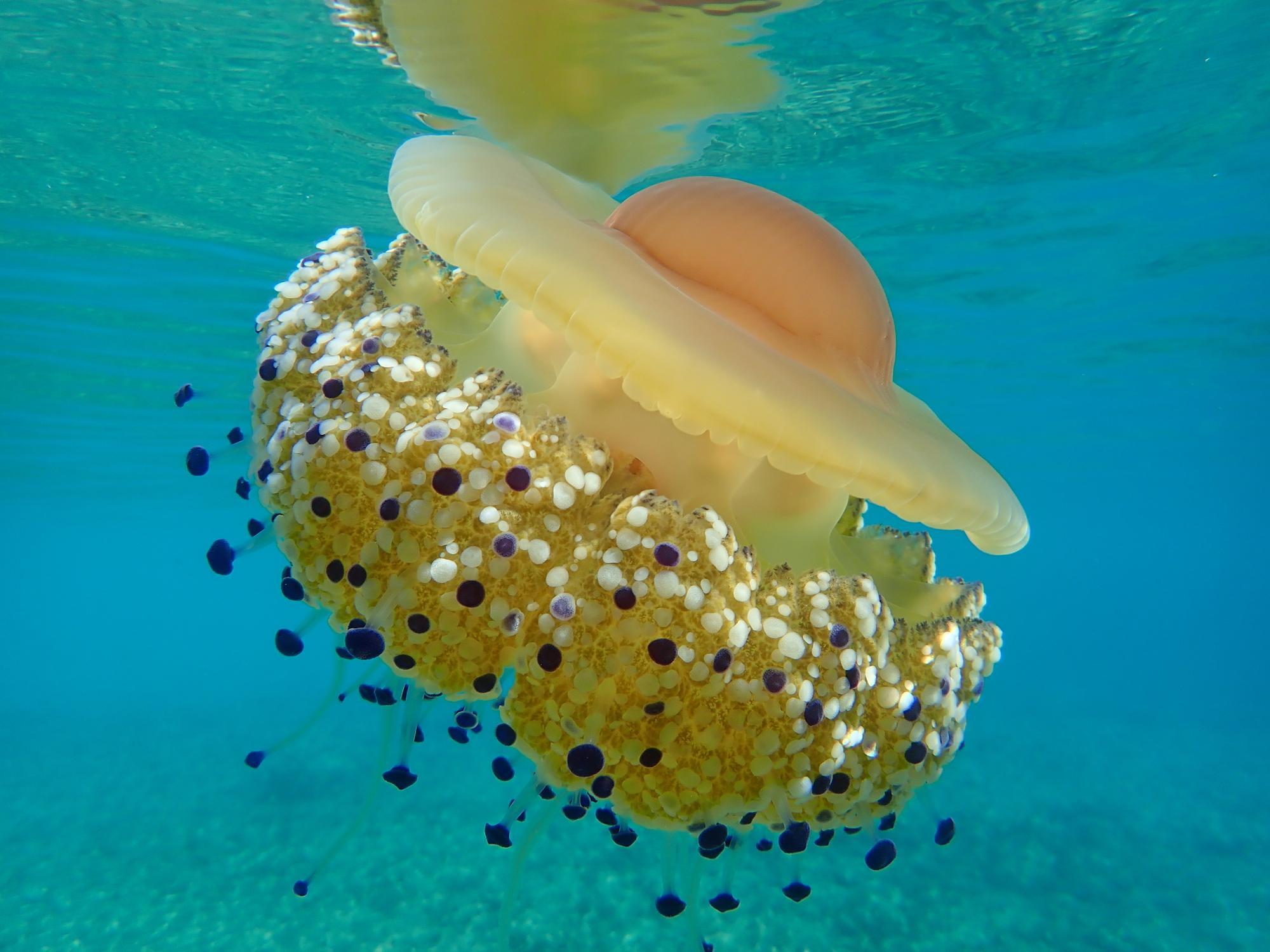 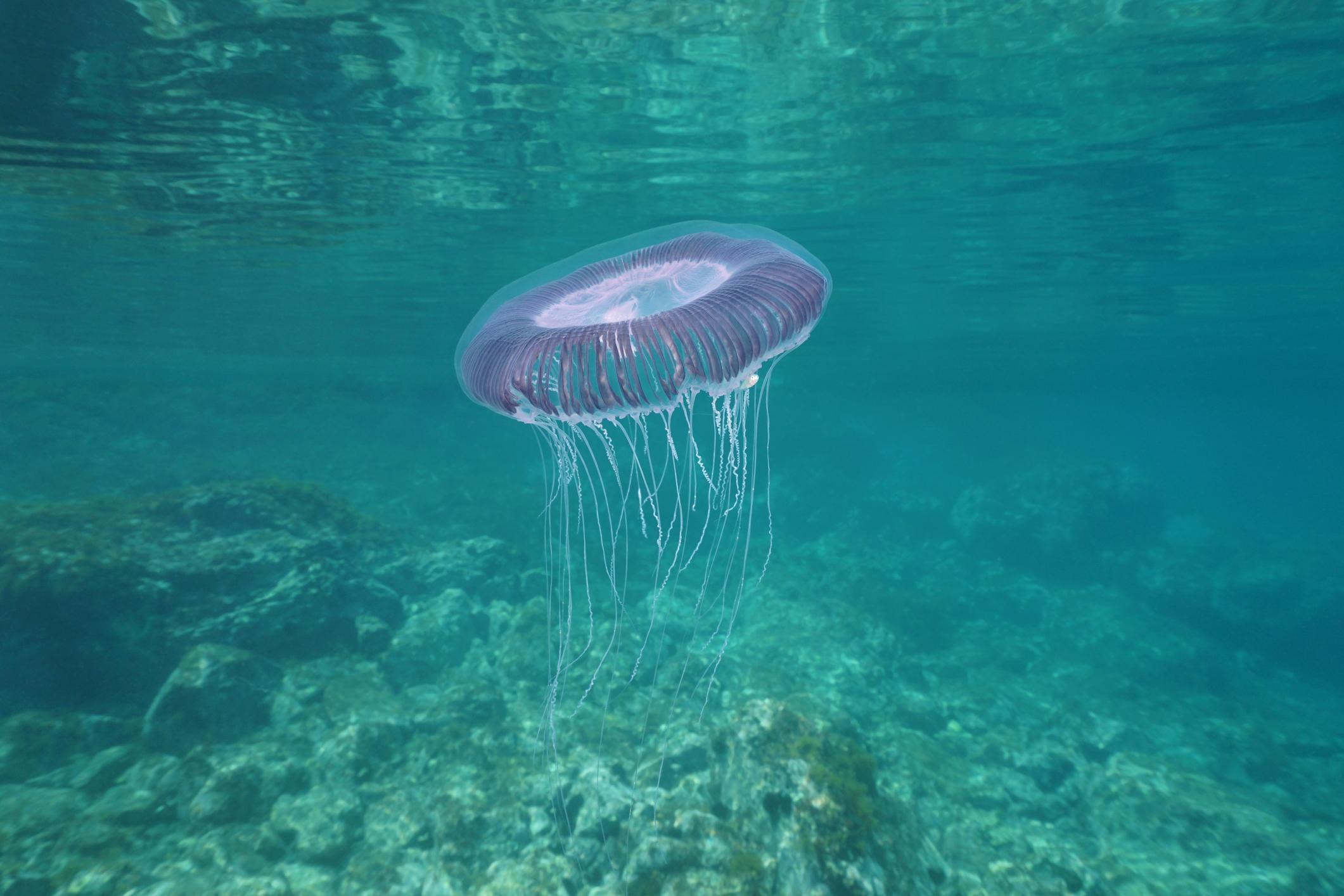 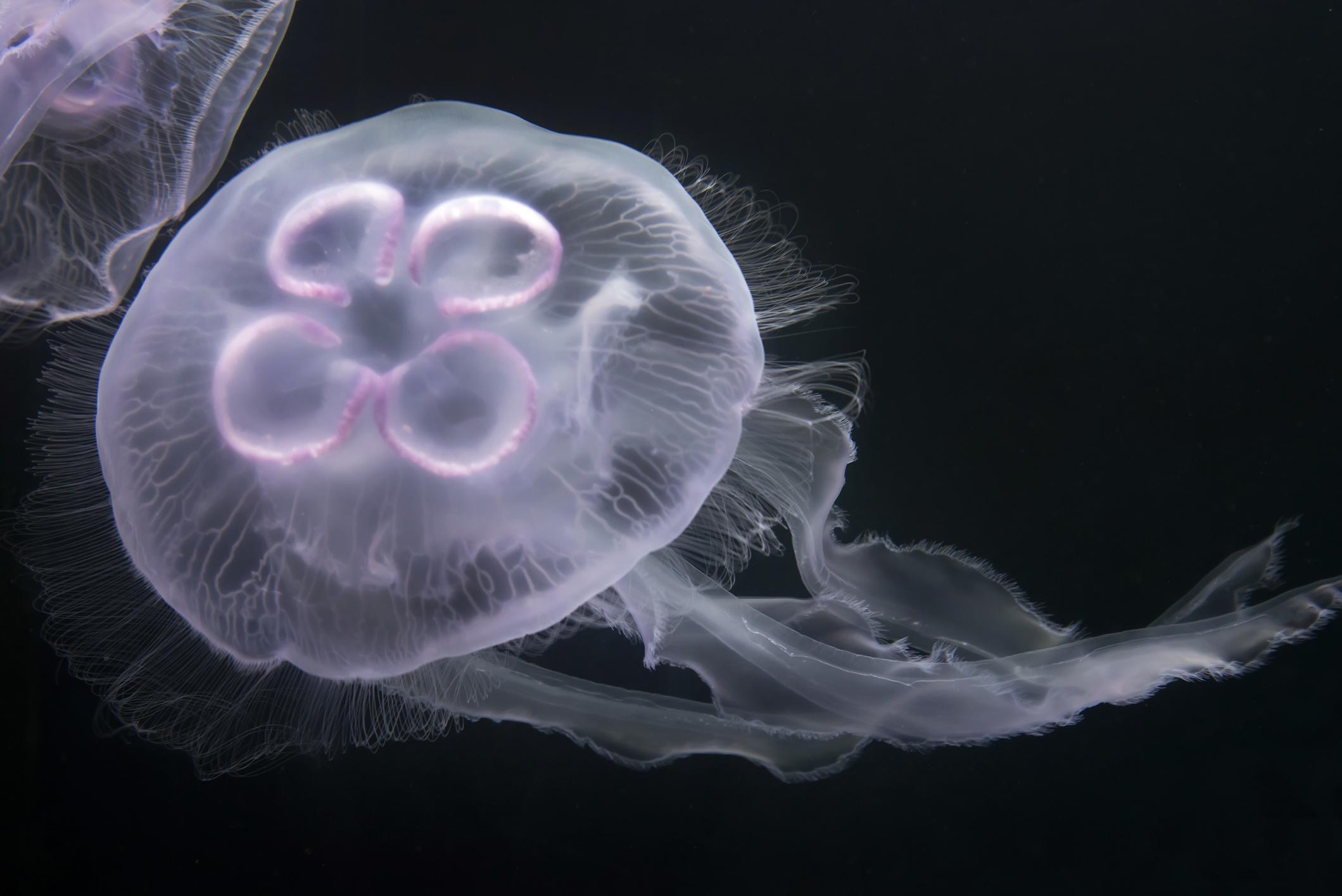 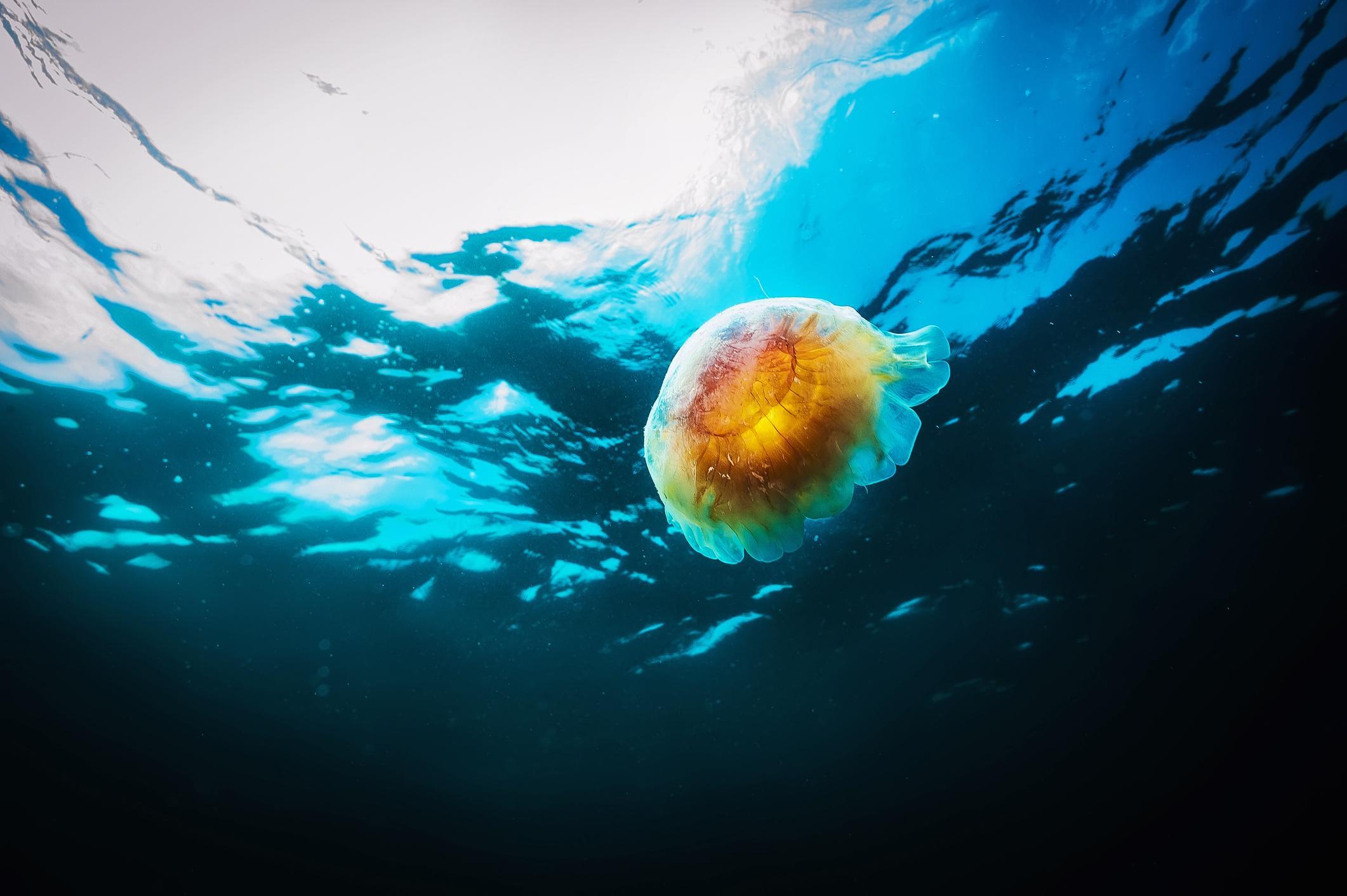 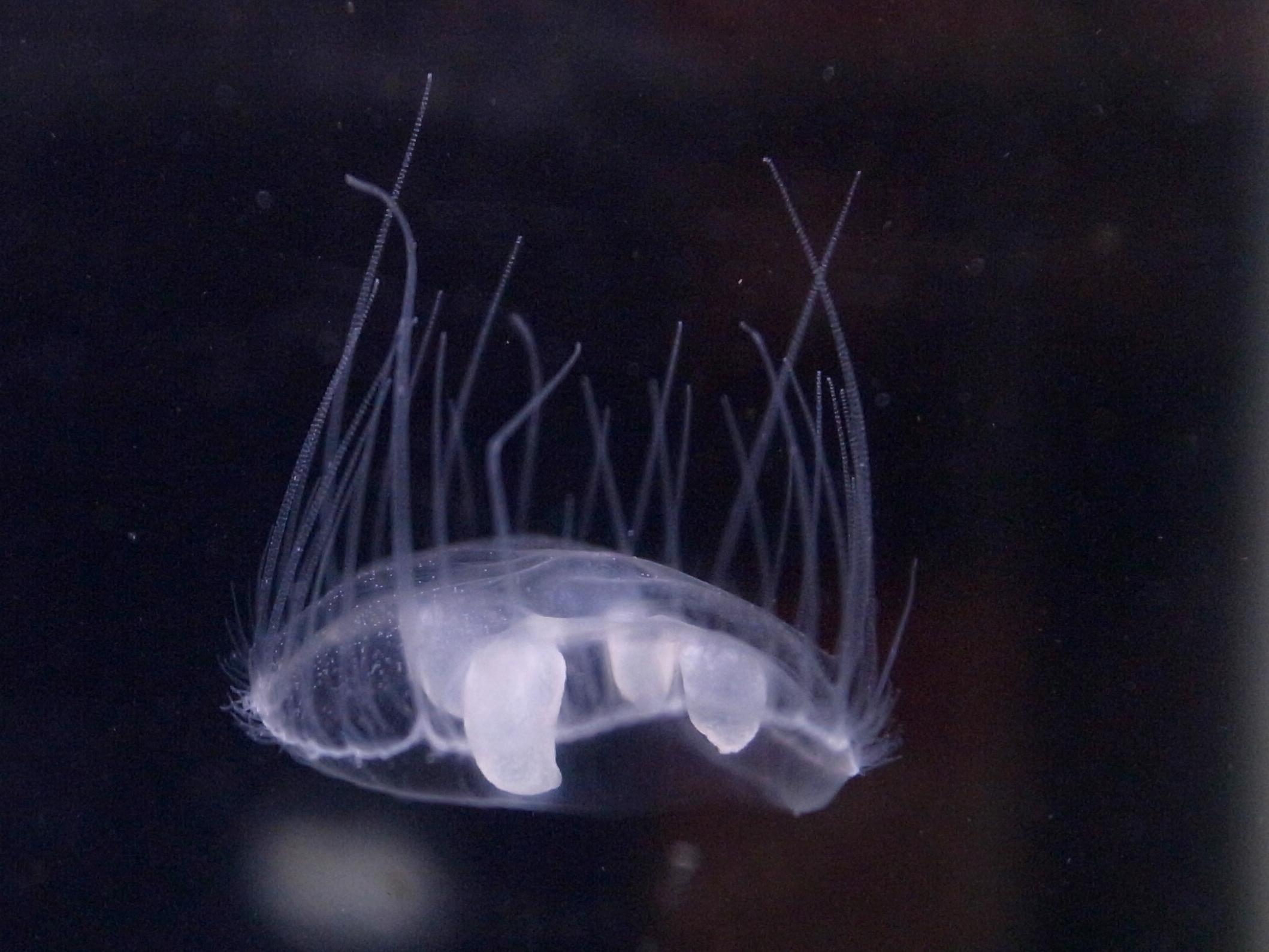 1 of 6
Do All Jellyfish Sting? - Least Dangerous Species
Back to top