How Do Parrots Mate and Breed? - The Reproductive Process of Parrots

Parrots belong to the family Psittacidae, which in turn is divided into three different subfamilies: Lorinae, Cacatuinae and Psittacinae. Together, these three subfamilies comprise the more than 350 species of parrots. All species are monogamous, meaning they have a single partner throughout their lives, which makes the courtship ritual especially important for these birds. Their reproduction is oviparous. Females lay the eggs in the nest, and later both parents are responsible for incubating and caring for the chicks until they become independent.

The following AnimalWised article explains the fascinating process of parrot reproduction, from courtship to egg laying to chick care.

You may also be interested in: Dolphin Mating and Reproduction
Contents

How many partners do parrots have?

Unlike most mammal species, most parrots form long-lasting monogamous pairs and both parents provide care for their offspring. Parrots choose their partner early in life, shortly after reaching sexual maturity. This is why pair bonding is such a fundamental aspect of parrot social life. Once formed, the pair remains together during and outside the reproductive season, seeking a new mate only when the partner dies.

As a sign of bonding and trust, parrot couples usually pay constant attention to each other. A typical example is the behavior of lovebirds, who spend much of their time exchanging tender caresses and grooming each other's feathers. Parrots in the wild also tend to stick together and find and share food together. In addition, in some cases, parrots can choose humans as mates because they can develop a strong bond with us. For example, if a human adopts a parrot and the parrot does not have a mate, the parrot will most likely develop feelings for the human caretaker.

When do parrots reproduce? Parrots breed based on environmental conditions. Generally, the breeding season of parrots begins after the rainy season for the following reasons:

The months in which parrots reproduce depend largely on the geographic area in which they live and its climate. Thus, the reproductive season begins earlier or later, depending on the months in which the rainy season occurs. Additionally, females are only attracted to males at certain times of the year and are pickier about their partners than males.

How do parrots choose a mate?

The courtship ritual in parrots is different in each species, since one of its purposes is for the birds to recognize whether they belong to the same species or not. It should be noted that sexual dimorphism (morphological differences between males and females) is minimal or even zero in most parrot species. Most people cannot tell the difference between a male and a female based on what they see on the outside. In most cases, only their internal organs will reveal if they are biologically male or female.

In parrots, courtship precedes mating because without this prior ritual, copulation does not occur as parrots reproduce sexually. As strictly monogamous birds, they tend to perform this ritual with special care, as the pair formed is destined for life.

Parrots select mates based on their plumage, courtship rituals, and colors. The courtship ritual often consists of dancing, singing, vocalizing, display of plumage, and hormone release. Research indicates that brightly colored parrots have an easier time finding partners than those with dim colors. For instance, reds, blues, greens, and even purple parrots will spend less time scouting for mates.

Through this ritual, the male attempts to demonstrate his superiority over the female without fighting with other males or competing for territory. If the female accepts the male after courtship, they will find a cavity nest (or nesting box, if in captivity) and breed. The availability of a nest makes the female more receptive to the male.

Unfertilized eggs can still be laid by a female who does not have a mate.

How do parrots make their nest?

Almost all parrot species nest in trees, using their natural cavities or those made by other animals. The two adult parrots take it upon themselves to prepare, care for, and protect the nest in which their eggs are kept. Inside the nest, they set up a brood chamber made of bark, twigs, and other softer and more comfortable materials. Less commonly, some parrot species nest in burrows or clay cliffs, rock crevices, or termite mounds. In addition, some species, such as the monk parakeet (Myiopsitta monachus), form communal nests where several families live together.

For many parrots, the nest is not only the place where they lay their eggs, but also a shelter where they can protect themselves from the elements. For this reason, it is common for the same nest to be used by the same pair for many years, which usually requires restoration work, usually done by the female. When parrots leave their nests, they are often occupied by other birds and bats.

Chimpanzees have 99% of our DNA, but they can not talk like us. So why can parrots talk like humans, but other animals can not? In this article, we explain why parrots can talk like humans.

How many eggs does a parrot lay?

Following mating, the sperm travels inside the female where they meet the ovum. This complex process turns the ovum into eggs, which takes about 24-26 hours. A female's ovulation usually begins during the day before 3 PM. However, it will be heavily influenced by the amount of light exposure.

The number of eggs a parrot lays depends primarily on the species. Generally, medium and large species lay between 2 and 4 eggs, while small species typically lay between 4 and 10 eggs. Smaller species may have two clutches per breeding season, while large species have only one clutch. After egg laying, which occurs on alternate days, the incubation period begins.

One of the most important aspects of parrot care is their diet. If you want to know more about what kind of food parrots can eat, read this guide about the typical diet of parrots in the wild and in captivity.

How long does a parrot's pregnancy last?

After copulation, the female needs about 7-10 days to start laying eggs, which, as we have already mentioned, takes place on alternate days.

Incubation period of the eggs

After the first egg is laid, the incubation period begins. In most species, it is the female that incubates the eggs, while the male is responsible for bringing food to the nest to feed his mate by ruminating. However, there are species such as the Salmon-crested cockatoo (Cacatua moluccensis) or Cockatiels (Nymphicus hollandicus) where both parents are responsible for incubation. In some species, the male may warm the eggs during the day while the female incubates them during the night.

Incubation time also varies among parrot species. The small specimens incubate the eggs for 16-24 days, while the larger specimens have an incubation period of up to 30 days.

How are parrots born?

A common characteristic of all parrot birds is the great care with which they raise their young. Parrot chicks are born weak and defenseless, without eyesight or feathers, so they depend solely on their parents for survival during the first weeks of life.

After the eggs hatch, both parents feed their chicks by regurgitating until they are weaned, even accompanying them on their first flights and leading them back to the nest. This close family bond is maintained until the chicks reach sexual maturity, mate, and start a new family.

If you want to read similar articles to How Do Parrots Mate and Breed? - The Reproductive Process of Parrots, we recommend you visit our Facts about the animal kingdom category.

Bibliography
Reproduction of Turtles and Tortoises
Different Types of Domestic and Wild Parrots
Modes of Reproduction in Animals
Types of Animal Reproduction
Related categories
Endangered animals
Most read
1.
What Animal am I According to my Zodiac Sign?
2.
10 Most Beautiful Animals in the World
3.
What Does It Mean When a Cat Shows Up at My Door
4.
The 10 Most Solitary Animals in the World
5.
Why do Dogs Get Stuck when Mating?
6.
My Female Dog In Heat Won’t Accept A Male - Causes
7.
How Many Types of Lions Are There?
8.
Animals With Scales - Full List
Why Can Parrots Talk Like Humans?
Can Cockatiels Talk Like Parrots?
How Long Do Budgerigars Live For?
Why do Dogs Get Stuck when Mating?
Why Do Roosters Crow in the Morning?
Why Do Cats Make Noise when Mating? The Answer
How Do Starfish Reproduce Sexually and Asexually?
What do the Edicts of Ashoka Say about Animal Rights?

How Do Parrots Mate and Breed? - The Reproductive Process of Parrots 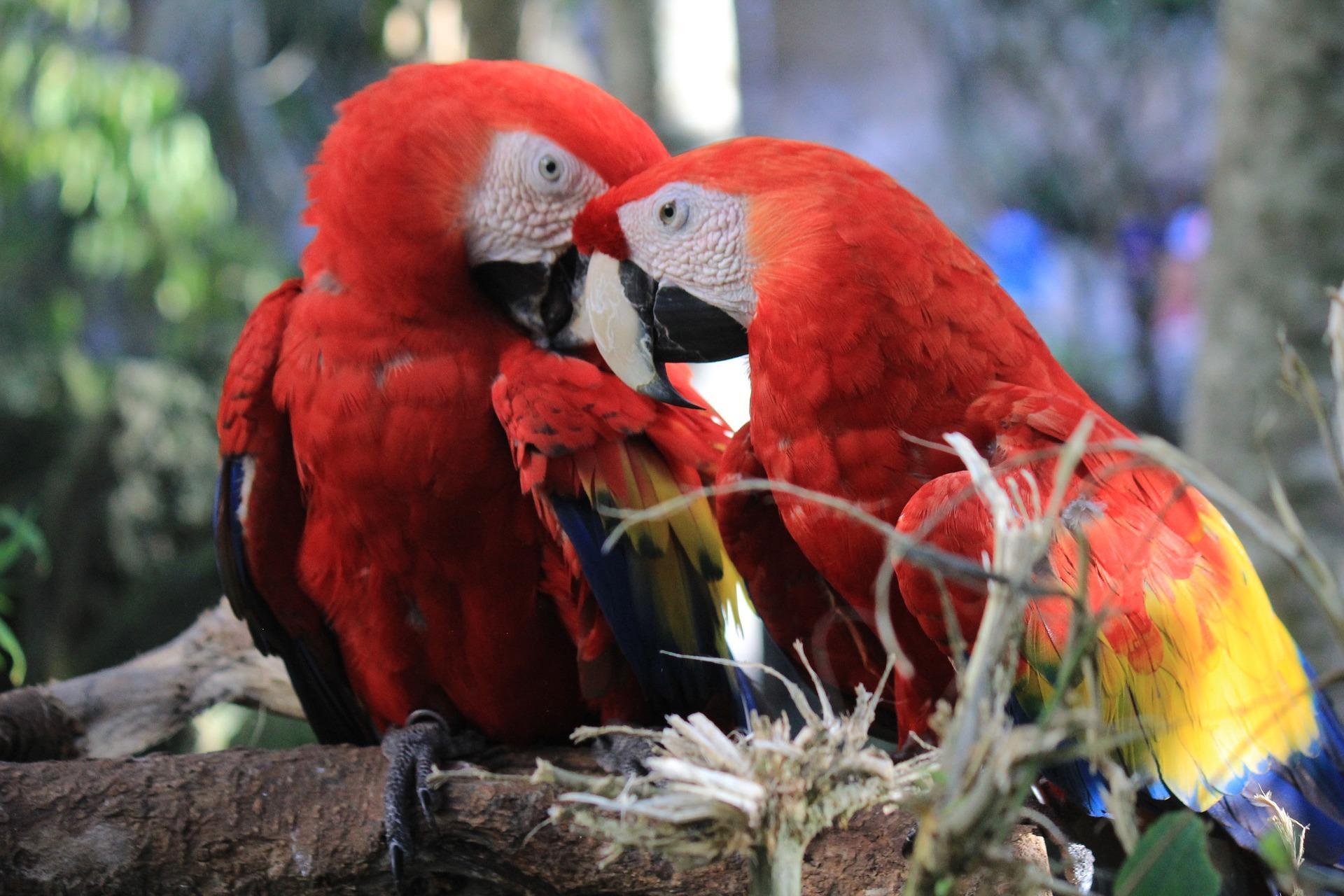 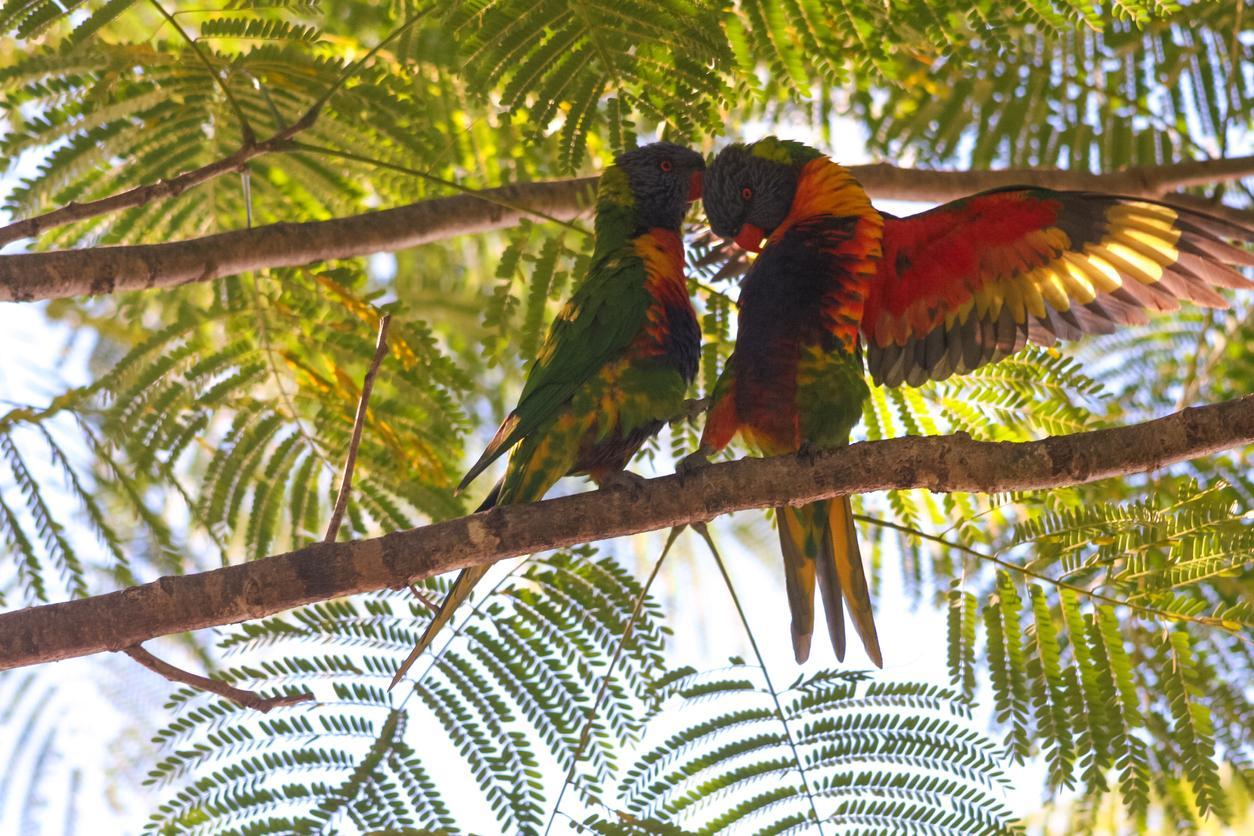 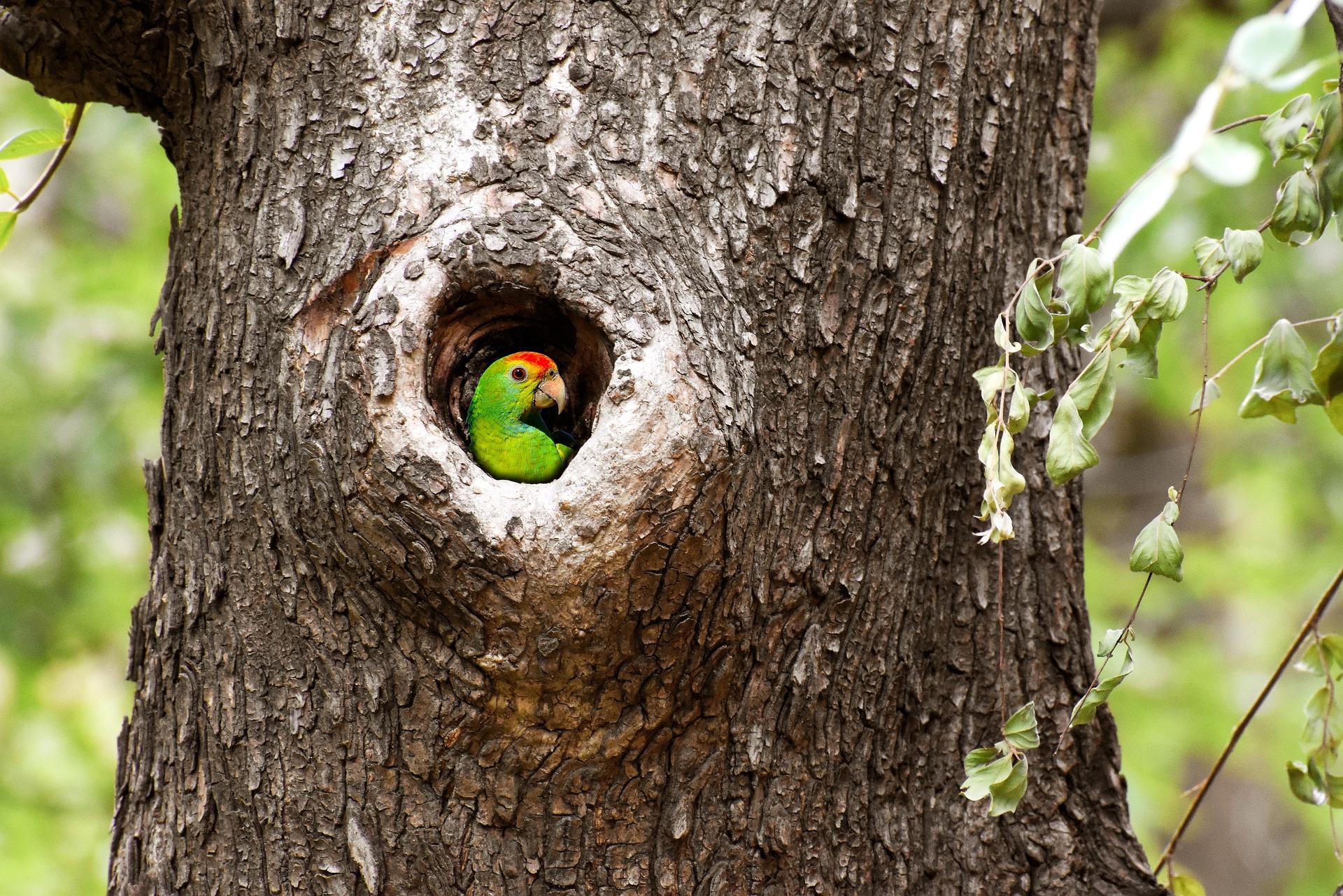 1 of 3
How Do Parrots Mate and Breed? - The Reproductive Process of Parrots
Back to top