Is My Turtle Hibernating or Dead?

By Nick A. Romero, Biologist and environmental educator. April 26, 2022

The survival of a species is based on adaptation to their environment. Since environments are rarely stable, behaviors need to be adapted to changing conditions. Since some environments can be sufficiently harsh to threaten the existence of an animal, said animal may need to take seemingly extreme measures for survival. For turtles, their adaptive behavior includes hibernation. Low temperatures and a lack of resources during winter cause the turtle to enter a state of hibernation, a state of such low activity it can appear as if the turtle is dead.

At AnimalWised, we help to make the distinction between a state of prolonged lethargy and death by asking is my turtle hibernating or dead?

You may also be interested in: Is My Turtle's Poop Healthy?
Contents

When do turtles hibernate?

While many will refer to turtles as hibernators, but this is not strictly true. Although turtles enter an extended state of torpor, this state can be designated into different types. According to some experts, hibernation is associated with certain mammals which decrease their body temperature to around 0 ºC and enter a deep sleep. They consider true hibernators to be animals such as woodchucks, ground squirrels and certain bats.

In this context, there are two types of reduced-activity states in which turtles can enter. The first is known as brumation, something which occurs when the temperatures drop sufficiently. The other is known as aestivation and occurs during the summer months. Turtles are ectothermic animals, i.e. their body temperature depends on their external environment. When they cannot thermoregulate with external factors, they use strategies which minimize their metabolism, oxygen requirements and other organic functions.

In these terms, ectotherms do not technically hibernate. They do not need to eat as much as endotherms such as mammals, but they do need to drink water. Although technically not hibernation, the period of dormancy in turtles is often referred to as such. More accurately, these changes in function are brumation or aestivation, depending on the time of year.

How to know if a turtle is hibernating?

Generally speaking, all tortoises are turtles, but not all turtles are tortoises. This is because tortoises are considered types of land turtle with clawed feet, although they can accurately also be called turtles because they are in the order Testudines. This goes to show that not all turtles are the same, nor have the same behaviors. To know whether your turtle is going into hibernation, it is important you know their species.

Once the species is known, we will need to understand their habits. We will also need to consider their environment, as it is changes in temperature which will let us know when they should enter brumation.

Some of the species of turtles that hibernate are:

To know whether a turtle is hibernating or dead, we need to distinguish between these two states.

There are several previous behaviors associated with this brumation behavior in a turtle. They include the following:

Signs of a hibernating turtle

To find out if a turtle has started brumation, the first factor we need to to take into account is whether they have stopped eating or have become totally inactive. A key difference between a hibernating turtle and a dead turtle is that a turtle in the state of brumation can move, but doesn't. A dead turtle cannot move at all. We can test this by brining a small feather to the nostrils of the resting turtle and waiting to see if it moves due to breathing.

Since the breathing is very slow, we need to be patient. It may take some time and movement may be minimal. Ensure there are not other drafts which could cause the feather to move. We can also gently touch their legs or tail to see if they respond to contact. These body parts will remain somewhat alert during hibernation.

When in hibernal sleep, tortoises may still require water consumption, however minimal. It is important to provide them with a source of water very close to where they have taken refuge. Changes in their space that indicate water consumption can indicate they are alive, but hibernating.

How do I know if my turtle is dead?

We may think a turtle has died, but they are only hibernating. Their stillness can be disconcerting, but in context it is normal. By using the techniques indicated above, we can differentiate between these two states of being. Turtles are especially long-lived animals, so we may expect them to be with us for decades. However, as with any animal, they are subject to disease, trauma and other problems which can lead to death of the animal.

By using the feather in front of the nostrils trick, we can check their breathing to see if they are dead. In addition, when a turtle dies, a process of decomposition begins. This will produce changes in the color of their skin, rigidity of their body, production of atypical secretions and a lack of response from any stimuli given to them. Limb movement is perhaps the most striking way to tell if a turtle is dead. If their limbs are limp and swing easily, it is most likely they are dead.

As stated above, turtles will stop consuming food before they enter brumation or aestivation due to temperature variations. In cases where the environmental temperature hasn't changed, but their feeding habits have, it is extremely important they are taken to a veterinarian. A healthy turtle will have a good appetite, but certain diseases can make them lose their appetite.

Although not generally fast-moving animals, turtles will be active during the day. If we see our turtle remains unmoving for very prolonged periods of time, we should check on them. They may still have signs of life, but we should take them to a specialist in case they are suffering from a pathology.

Some life-threatening or fatal diseases common to turtles will have certain symptoms which indicate they are about to die. These include lesions on the skin, open wounds, eye inflammation, malformations of the shell or any atypical sign in the animal's appearance and/or behavior. By contacting a specialized veterinarian, we can best achieve diagnosis and hopefully administer treatment in time.

The quality of a turtle's feces can also be an indicator of their state of health. Learn more with our article on whether a turtle's poop is healthy? 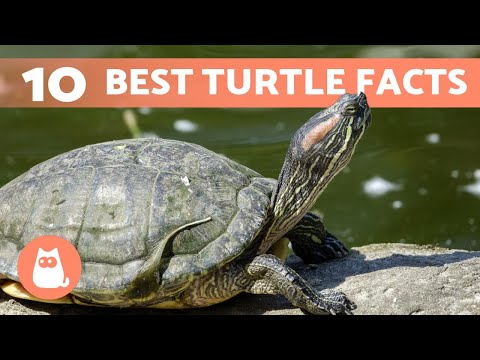 Is my turtle hibernating or dead?

As we have seen in this article, there are several ways to differentiate between a turtle hibernating or being dead. Generally speaking, we need to know whether they are a turtle species which hibernates at all. If they are, we need to check for signs their inactivity is due to brumation. These signs are very different to the signs that a turtle has died.

Keeping an animal at home can be a beautiful act of love, but it is also an important responsibility which requires differing levels of commitment. An animal must feel safe, have adequate space and have basic care needs met such as the provision of food and water. Moreover, we need to get to know the behaviors and characteristics of our animal. This way, we can better identify the signs and symptoms of when there is a problem. This requires regular contact and proper care.

Before you adopt a turtle, it is good to remember what is required of you. You can do this by looking at our complete care guide for turtles as pets.

If you want to read similar articles to Is My Turtle Hibernating or Dead?, we recommend you visit our Basic care category.

References
Bibliography
Pet Turtles: Care Guide, Food and More
How to Care for a Pet Tortoise
Caring for an Ashera or Savannah Cat
How To Care For A Yellow-Bellied Slider Turtle
Related categories
Nail careSkin careHeatEar careEye careExtra care
Most read
1.
When Does a Dog Go Into Heat After Having Puppies?
2.
Third Eyelid Showing in Cats - Causes and Treatment
3.
Can You Touch Newborn Puppies?
4.
Why Is My Pregnant Dog Not Eating?
5.
Dog Pregnancy - Week by Week
6.
How to Control a Male Dog Around a Female in Heat
7.
Why Has My Cat Only Had One Kitten?
8.
How do Horses Mate? - Horse Reproduction
Persian or Farsi Names for Cats
Are Elevated Dog Bowls Good or Bad?
My Dog is Cold
How to Give a Sphynx Cat or Hairless Cat a Bath
My Kitten Is Very Scared - How Can I Help?
How to Know if Your Dog Is Bored
How to Take Care of a Short-Haired Guinea Pig
When to Give a Puppy a Bath for the First Time

Is My Turtle Hibernating or Dead? 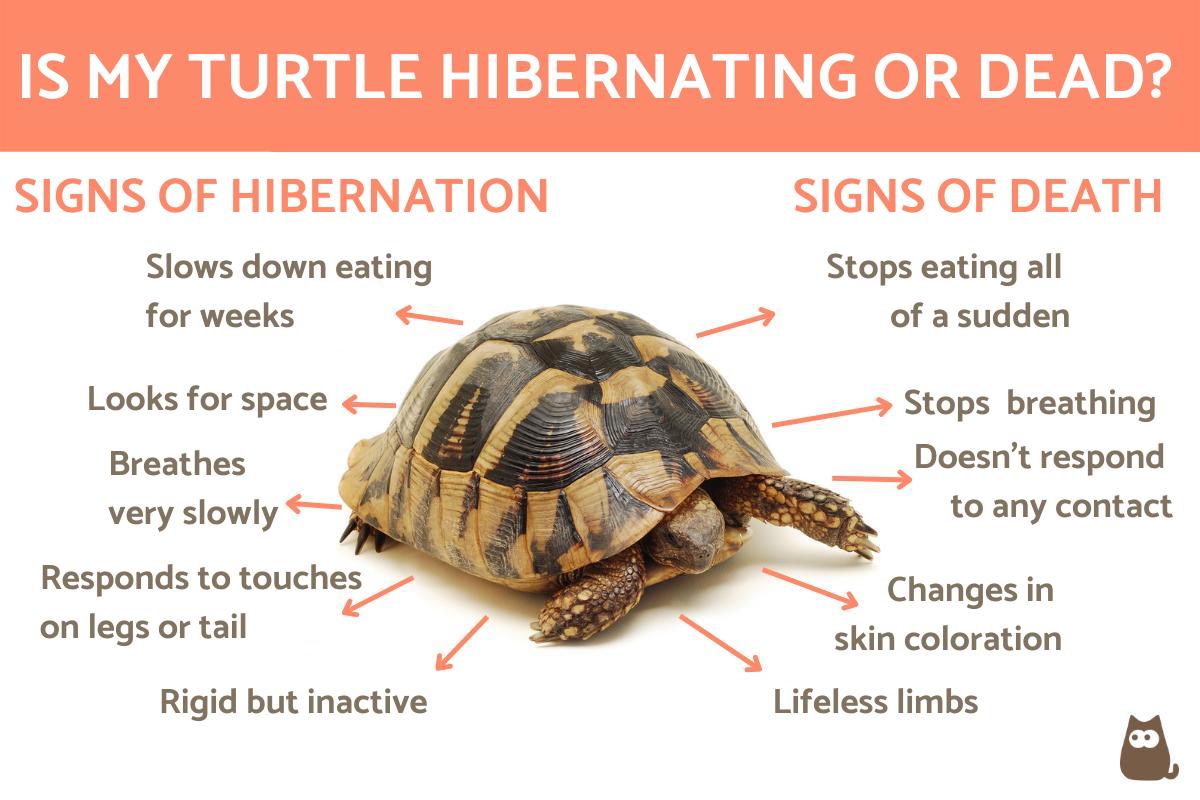 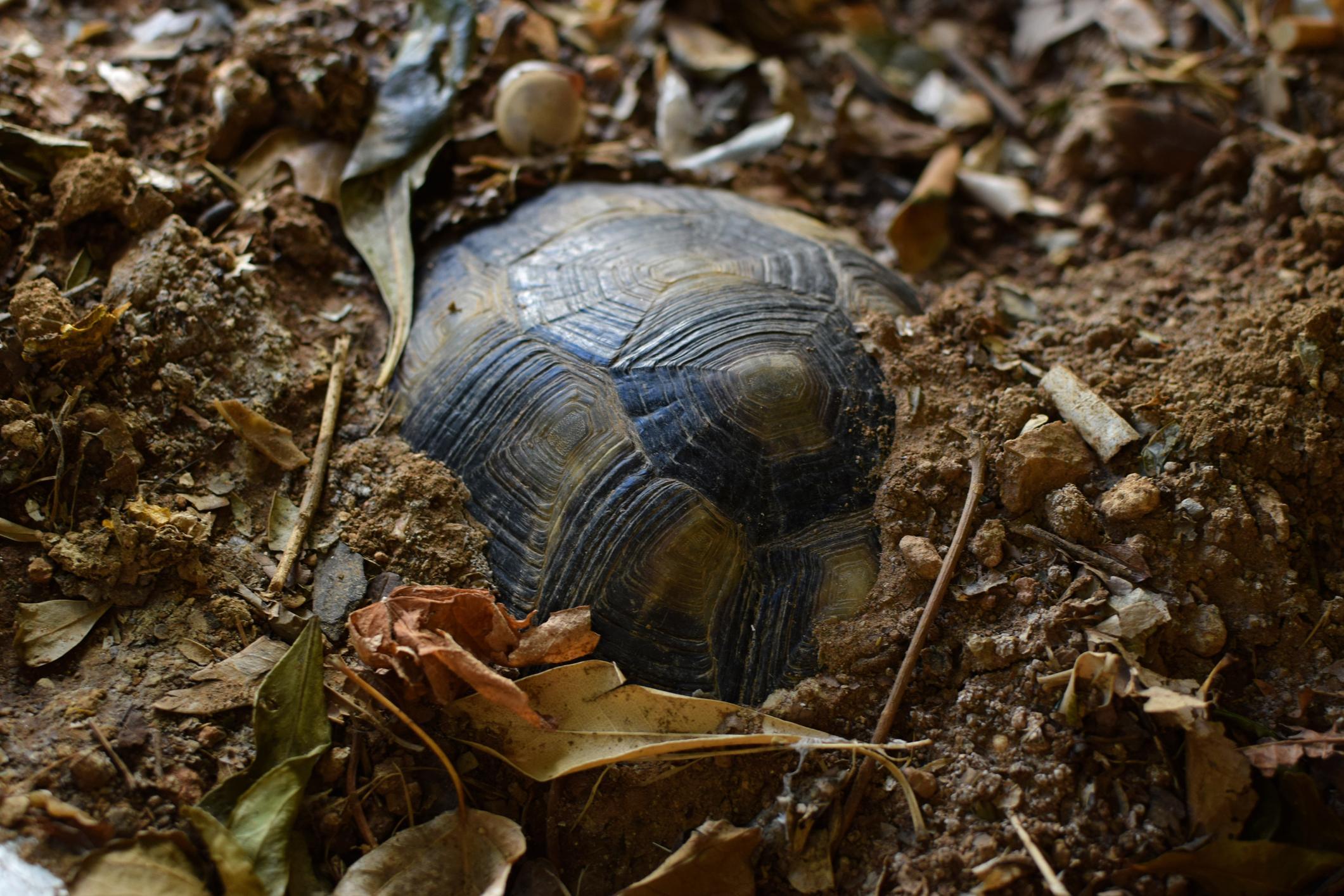 1 of 2
Is My Turtle Hibernating or Dead?
Back to top