Is My Turtle's Poop Healthy?

Turtles are known for being hardy animals. Not only are they literally hard thanks to their protective shell, but they are long-livers which have been known to outlive human guardians who have had them since childhood. With such resilience and longevity, it can be easy to think they are indestructible. However, there are illness and conditions which can seriously harm a turtle's health and well-being. Since human to turtle communication is realtively limited, we need to pay careful attention to possible symptoms. Looking at the turtle's feces can give us a clue as to what might be wrong.

In this AnimalWised article, we find out is your turtle's poop healthy? We do so by telling you what your turtle's feces should look like and when there might be a problem.

You may also be interested in: Is My Turtle Hibernating or Dead?
Contents

There are different types of turtle poop and they will all say something about the well-being of the animal. If you have recently adopted a turtle and want to ensure they are healthy, checking their poop regularly is important. When you do this you will find one of the following:

In the sections below we explain more about these individual turtle feces types. This is a broad guide and should apply to all types of turtles. More specific information can be found in this article on types of freshwater turtles.

As with most vertebrates, a turtle will defecate and urinate to eliminate waste. The color, consistency and shape of their feces will depend on various factors, but mainly on what it is they eat for sustenance. For example, an animal which eats a lot of hay may have quite fibrous feces, but a fruit eating bat may have feces of a different consistency.

The amount a turtle will poop depends on the individual. They do not seem to relieve themselves as regularly as other companion animals and you may not even see their waste if they are allowed outside a lot. You should occasionally check their terrarium for stools, just in case.

Healthy turtle poop is generally excreted in pellet form or in a log shape, similar to healthy human excrement. The size of the fecal matter will depend on the size of the turtle, but the amount will depend on various additional factors including how much the turtle has eaten. Both different types of sea turtles and tortoises (land turtles) will defecate in this way, but consistency may vary depending on their diet.

The turtle poop might be of slightly varying consistencies (dry or tacky) and color (brown or greenish). However, if it is healthy feces, it should be some shade of brown and be fairly solid.

The feces is made from food digested in the gastrointestinal tract. Turtles are a type of vertebrate which have a cloaca. This is an orifice which is used for defecation, urination and the reproductive act. This is one reason we need to be careful when observing for healthy stools in a turtle. For example, we might see the turtle urinate and misconstrue this as liquid feces (diarrhea).

A turtle's cloaca may become impacted. Whether this is due to disease, poor diet or some other cause, it will need to be treated. If not, it could prove life-threatening.

My turtle's poop is white

When we see that our turtle has white poop, it is understandable we might be worried. Since this is not the color and consistency of healthy turtle poop. However, it does not necessarily mean there is a problem. This is due to something called urates, the ion and salts form of uric acid.

As with some other reptiles, turtles excrete acid urates as a dry mass, rather than soft feces. Since the urates are relatively insoluble, they crystallize into deposits which exit the cloaca. They are not from the intestines, but exit from the bladder. This means they are more a type of urine than feces. When they are mixed with urine, a urate paste is achieved which is much less solid. However, when there is little urine, the deposits are often hard and resemble a white poop.

You might be surprised the first time you see the turtle having white poop, but it is important to understand this is almost always healthy. There are rare exceptions.

While they are generally discerning, it is possible your turtle will eat something they shouldn't. These could include small pieces of plastic, fabric or any other material. Since the turtle can't digest the material, it should come out with feces. If the material is white, the poop may also appear white.

You may be able to see the feces of a tortoise more easily since they only live on land. Our article on how to care for a tortoise can help you to learn more.

My turtle's poop is black

Unfortunately, not all foreign bodies can be excreted. There might be a blockage caused by the ingested material. If the object is sharp, it can also cause serious internal damage. Even if the foreign body is excreted as feces, it is possible the damage has already been done.

In these instances, it is possible that internal hemorrhaging has caused the turtle's poop to turn black with digested blood. If there are red flecks of blood in the turtle's stool, but it otherwise looks healthy, it is more likely a problem lower down in the digestive tract. For example, if they have a cut or abrasion on their cloaca, it is possible the fresh blood appears in their poop.

The turtle will need to see a veterinarian if their stool is black, especially if it has a foul odor. It is possible the color change is temporary, possibly due to eating a certain food. However, it will be necessary for them to be examined to rule out a serious condition.

If you have a male turtle, their genitals will emerge from the cloaca and can be a little odd to the uninitiated. The turtle's penis has a large bulbous end which is often black in color. When it first emerges from the cloaca, it can look like poop. If it has a shaft and goes back in, you will know it is a penis and not to be concerned. More can be found out in this article on the reproduction of turtles.

My turtle has diarrhea

As we have stated above, a turtle's poop should not be mixed up with their urine as they are not the same thing. The stool of the turtle should be solid when healthy, but remember this is not the same for the urate paste which may appear as if it were feces.

A turtle has diarrhea when their feces is liquid and soft instead of firm and solid. Causes of turtle diarrhea include:

In any of these cases, you will need to take the turtle to a veterinarian. A vet qualified in exotic pet veterinary medicine is required, so your vet may refer you to another. They can then perform the correct diagnostic tests, one of which is often a stool sample.

To best ensure the well-being of your turtle, our guide on how to care for a turtle will providing some help.

If you want to read similar articles to Is My Turtle's Poop Healthy?, we recommend you visit our Basic care category.

Pet Turtles: Care Guide, Food and More
How To Make A Puppy Poop
How To Care For A Yellow-Bellied Slider Turtle
My Dog is Cold
Related categories
GestationHeatEye careEar careDental hygieneExtra care
Most read
1.
When Does a Dog Go Into Heat After Having Puppies?
2.
Third Eyelid Showing in Cats - Causes and Treatment
3.
Can You Touch Newborn Puppies?
4.
Why Is My Pregnant Dog Not Eating?
5.
Dog Pregnancy - Week by Week
6.
How to Control a Male Dog Around a Female in Heat
7.
10 Hypoallergenic Cat Breeds for Allergic Families
8.
Why Has My Cat Only Had One Kitten?
How to Care for a Pet Tortoise
How to Care for a Labrador Puppy
My Kitten Is Very Scared - How Can I Help?
How to Know if Your Dog Is Bored
How much Water should my Dog Drink?
What is Noah Syndrome?
Do Rabbits Drink Water?
Is it Bad to Bathe Cats?

Is My Turtle's Poop Healthy? 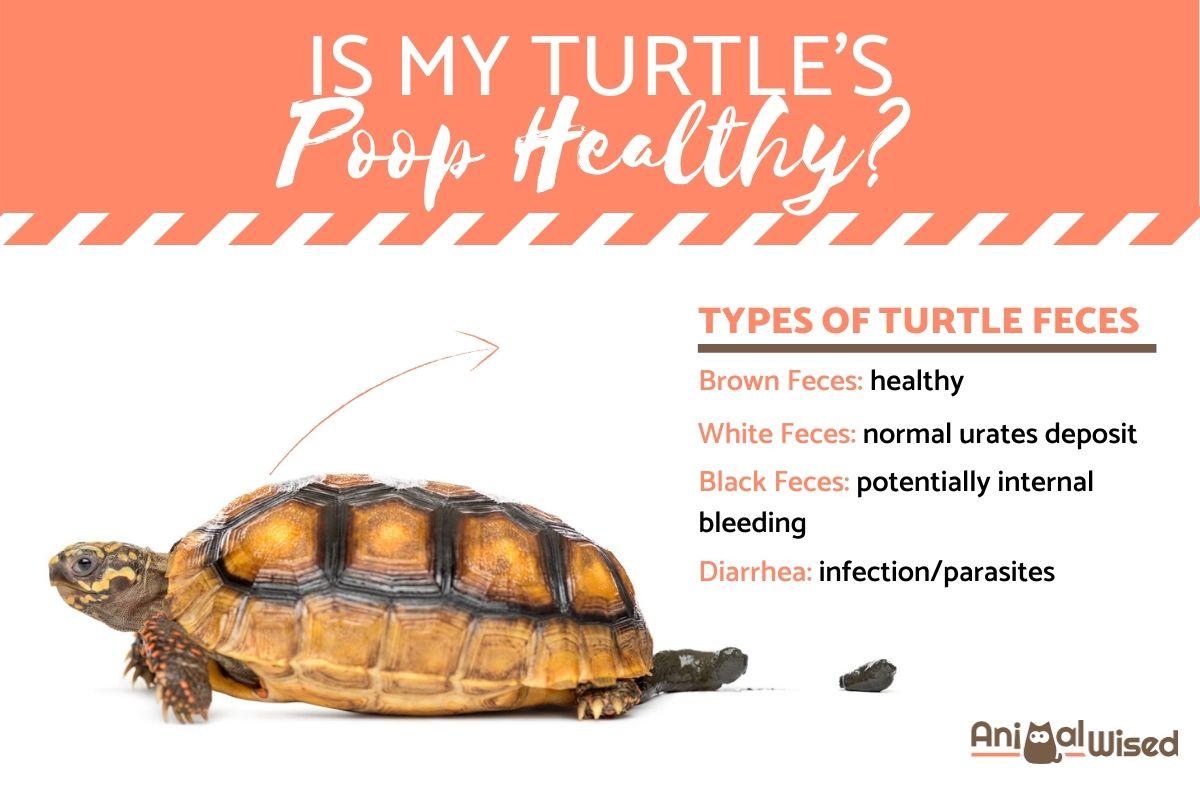 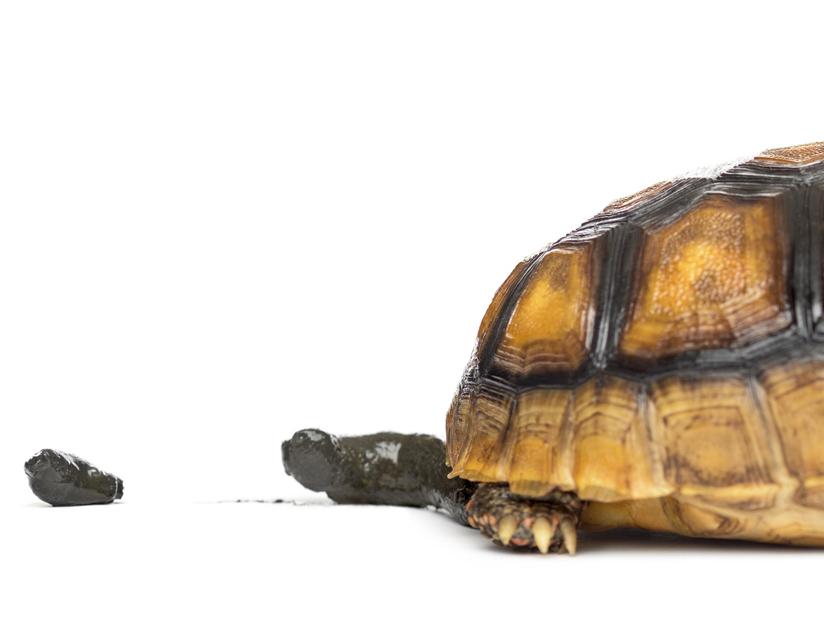 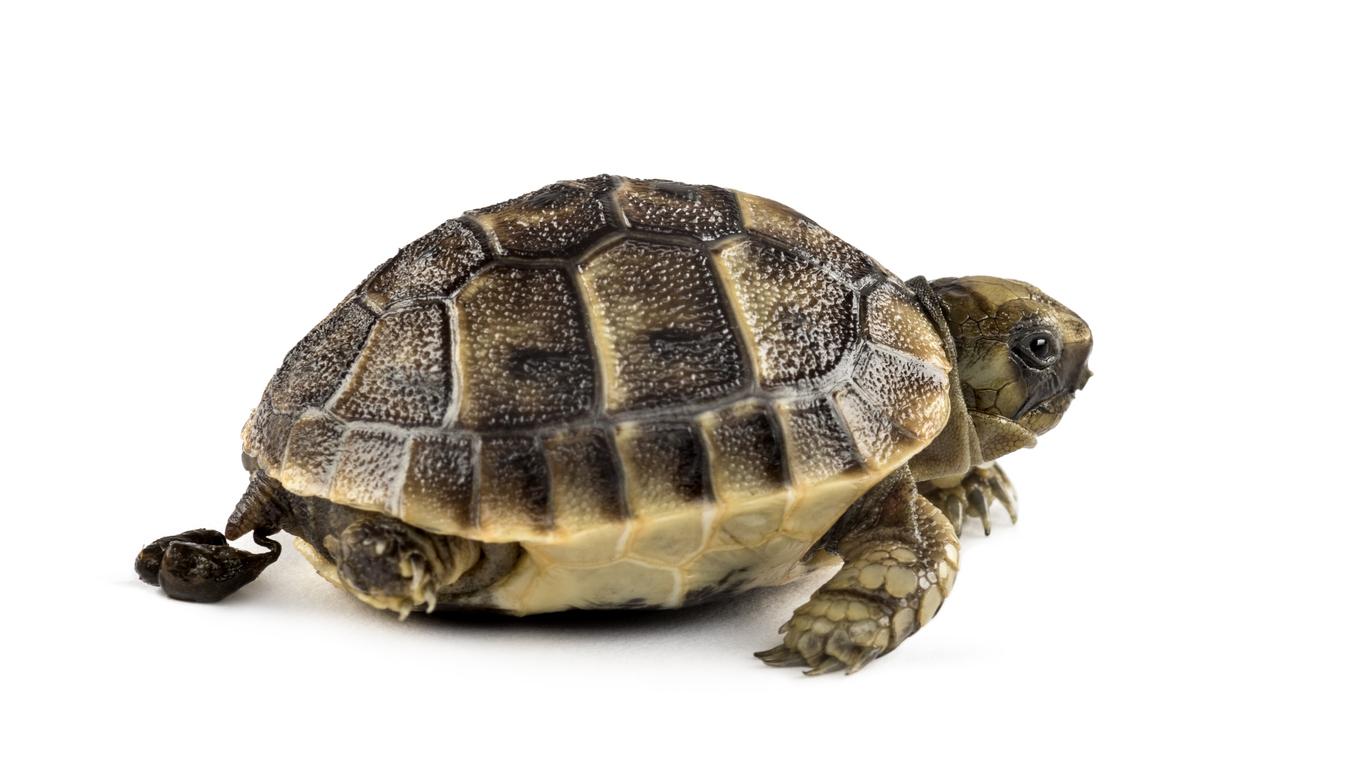 1 of 3
Is My Turtle's Poop Healthy?
Back to top