Is Taping Dog Ears Down a Bad Idea?

No other species of mammalian animal is as diverse as the domestic canine (Canis familiaris). Such diversity affects almost every part of their physical anatomy, resulting in dogs with vary greatly in appearance. This includes their ears. Some are large and pointed, others small and rounded. While all dogs are born with ears flat to their head, many dog breeds will have ears which attain some level or erectness as they develop. Since ears are an important appendage for canines, any manipulation to them can be controversial.

Many guardians prefer the look of a dog with floppy ears. If their dog has erect ears, they may ask is taping dog ears down a bad idea? AnimalWised explains why the answer is most likely no.

You may also be interested in: Step By Step to Cleaning A Dog’s Ears
Contents

Functions of a dog's ears

Although dogs use vocalizations for intraspecies communication, they most effectively communicate with others through body language. This complex system of signs and signals use almost every part of the dog's body including facial gestures, tail movement and, important to the topic in discussion, ear positions.

Additionally, a dog has a highly developed hearing ability, something which is assisted by ear movement. By turning their ear pinnae (the outer ear) in the right direction, they can better receive sound vibrations into their ear canal. Ear pinnae also provide practical protection for the inner ear, including deterring foreign bodies from entering. This can also be done with regular cleaning of the dog's ears.

Since the ears are so important for dogs, depriving them of their natural mobility can lead to significant problems. These include poor communication with both humans and other dogs. Ear cropping and tail docking is a common practice among certain dog breeds. Not only has this procedure been shown to have little to no benefit to the welfare of the dog, something which has even led to the banning of this practice[1]. It has also been shown that dogs with cropped ears are often perceived as being dangerous or unpleasant, regardless of their actual nature[2].

As we stated above, a dog's breed will generally determine whether their ears are erect or floppy. There are some instances when a dog will have one floppy ear, but this is almost always due to a medical issue such as otohematoma. Also, it will take some time for a puppy's ears to become erect.

Some guardians prefer their dog's ears to stand erect, others prefer them to lay down. In the latter case, some may even ask how to make a dog's ears floppy. Taping down a dog's ears is one of the most common ways to do the latter and we explain why it is a practice best avoided.

Why is taping a dog's ears performed?

There are claims that shorter or less erect ears can help prevent dogs injuries if they get in fights. Working dogs with erect ears often have them taped down or cropped because it is said it reduces injury when they are hunting or if they come across a wild predator. It is also claimed that it reduces injuries when traveling through thickets or other wooden areas.

While many guardians may do it in good faith, the main reason for taping a dog's ears seems to be an aesthetic one. Some animal guardians prefer a dog's ears to stand up erect, others want to make a dog's ears floppy or lay down. Either gives the dog a certain look which many simply find appealing. This can be done with taping:

Other ways to keep a dog's ears down

Many people do not think twice about making a dog's ears stand on up or taping them down flat. Since the culture behind this practice is so strong, many people think of various ways to keep them flat. These include:

We have explained the reasons for doing this above, but it can also be practically very difficult to do. Some people will simply use duct tape or other adhesive tape to keep the dog's ears laying flat. Others will buy specialized tape, often provided over the internet. Since the dog moves about a lot, people often need to use a lot of tape to keep it in place. When ripped from the dog's coat, it is likely to take some hair with it also.

Most ear glue for dogs is used on puppies since it is easier to keep them down if performed during initial development. It is applied by shaving the areas where the top of the ears will be glued to. Ear glue is added to the tip of the ear with a swab and the ear is held down tightly for a number of seconds until the glue dries. Eventually, the hair will grow back and the glue will fall out.

Veterinarians will often use surgery to help the dog with certain ear problems. If they have a hematoma, infection or traumatic injury, they can modify the ears to bring them back to health. The dog requires anesthesia and there is a chance of risk. Most veterinarians will not carry out this surgery for purely cosmetic reasons, but some do. 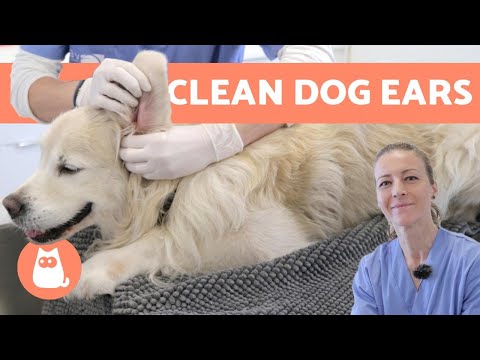 Is it ethical to tape a dog's ears?

When we look at the evidence, there is little to support the idea of ethically taping a dog's ears. Unless the dog has a pre-existing medical problem, letting their ears develop naturally will benefit the dog greatly. It will allow them to communicate properly with others.

This is a factor which has been important with so-called ‘dangerous dogs’. With breeds such as Pit Bull type dogs, ear cropping prevents dogs and people to see a vital signal they might be aggressive. Taping a dog's ears can do the same.

Although owners of working dogs claim the benefits of ear taping, there is little empirical evidence to suggest it is good practice. For dogs which are purely companion animals, getting in a fight is much less likely. When we balance the distress taping down a dog's ears causes the animal, it doesn't seem like it is worth the risk. Put it simply, there is a small chance taping a dog's ears may save them some distress. It is much more probably that taping a dog's ears will cause them distress.

For a puppy, their early development is vital. Not only will they want to explore their environment, but playing with their siblings and other animals is a vital part of their socialization. If we prevent or limit them from doing this by taping down their ears, it can negatively affect their development.

Taping down a puppies ears is a painful and potentially traumatic experience. The discomfort can be terrible and this practice is being banned in more and more countries. Taping a dog's ears is a bad idea. It should only be done in the rare circumstances that it will benefit their health and only when explicitly approved by a veterinarian.

If you want to read similar articles to Is Taping Dog Ears Down a Bad Idea?, we recommend you visit our Ear care category.

Bibliography
Best Way to Clean a Rabbit's Ears
Cleaning your Cat's Ears: Step by Step Guide
How to Clean the Ears of a Poodle Step by Step
How to Calm a Cat Down
Related categories
Basic careNail careDental hygieneGeriatricsGestationEye care
Most read
1.
When Does a Dog Go Into Heat After Having Puppies?
2.
Third Eyelid Showing in Cats - Causes and Treatment
3.
Can You Touch Newborn Puppies?
4.
Why Is My Pregnant Dog Not Eating?
5.
Dog Pregnancy - Week by Week
6.
How to Control a Male Dog Around a Female in Heat
7.
10 Hypoallergenic Cat Breeds for Allergic Families
8.
Why Has My Cat Only Had One Kitten?
Why is Dog Breeding Bad?
Is it Bad to Dress Dogs in the Winter?
Is it Bad to Sleep with my Rabbit?
How To Calm Down A Dog
Massages for your Dog's Ears
Is it Bad to Bathe a Dog in Heat?
Is it Bad to Bathe Cats?
Pet Bird Enrichment Ideas

Is Taping Dog Ears Down a Bad Idea? 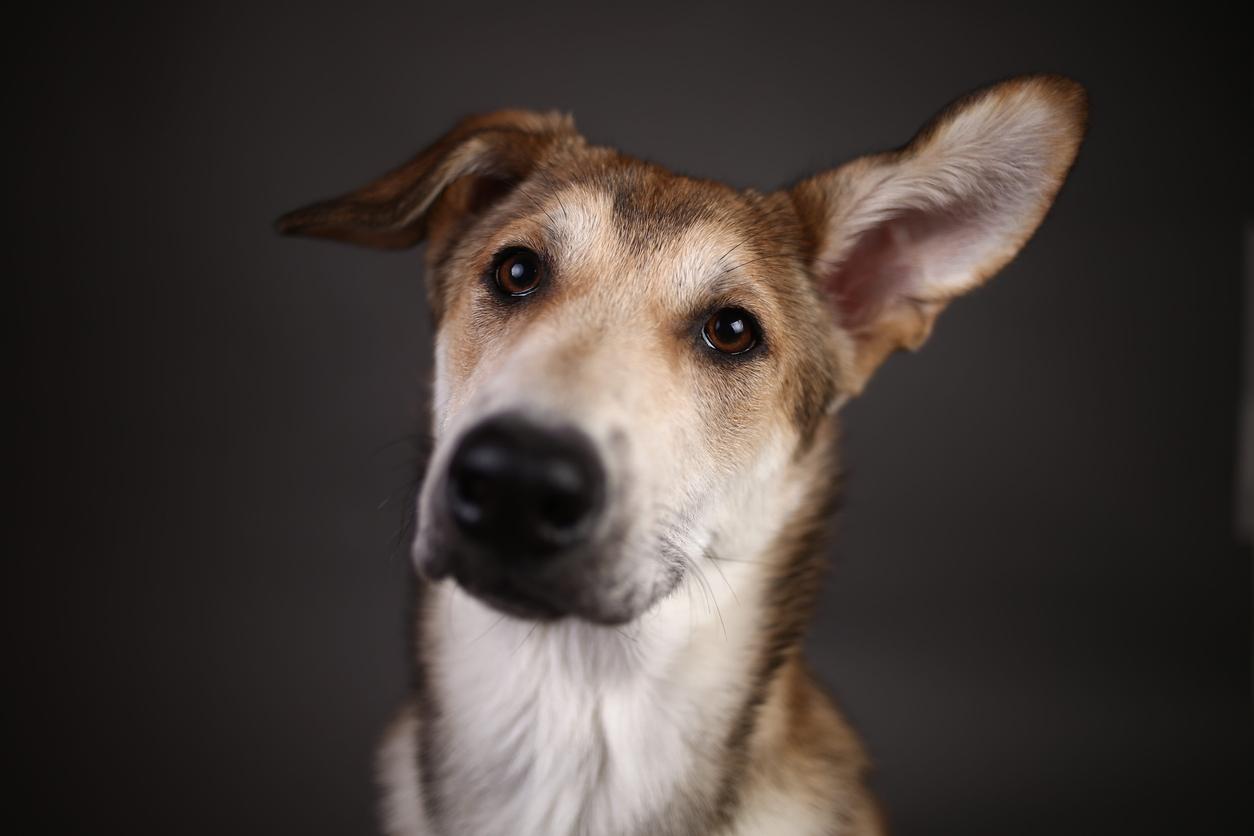 Is Taping Dog Ears Down a Bad Idea?
Back to top