My Dog Has One Floppy Ear - Causes and What to Do 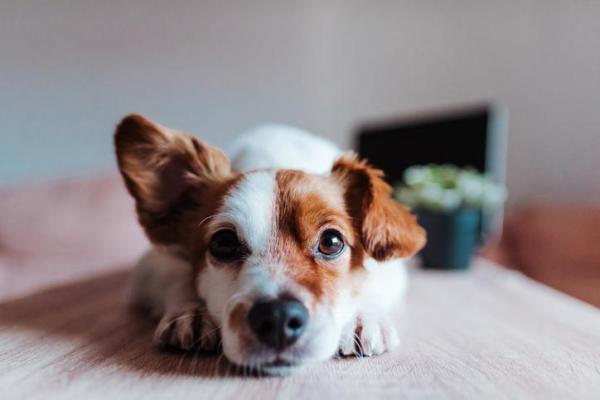 There are dogs of many shapes and sizes, all with particular characteristics. These characteristics may be related to their body shape, coat type or even their ears. Some have short ears which stand erect. Some have long ears which droop down past the face. However, it is not common to have a dog breed with one ear erect and the other not. In these cases, it is possible that a pathology or related health condition may be the cause.

In this AnimalWised article, we look at what happens when your dog has one floppy ear. We discuss whether it is a normal condition or whether something needs to be done about it. The same applies if both ears are floppy when they should be erect.

You may also be interested in: My Rabbit Has One Floppy Ear
Contents

Is it normal for a dog's ears to be floppy?

Some may be wondering if their dog's ears should be floppy. It is important to distinguish between normal floppiness in the ears and something which is abnormal. Firstly, if you have a puppy of a dog breed which would normally have ears standing up, don't worry.

Puppies are born with floppy ears. They have not yet developed and the physical features they present as a puppy can be much more different when they are an adult. Simply being a puppy is one of the most common reasons your dog has one floppy ear. As the dog develops, one ear might become erect more quickly than the other, although it usually should follow suit rather quickly.

How long it takes for a puppy's ears to stand up depends on the breed and the individual dog. For some it may only take 8 weeks, for others, it may be 8 months. However, generally a dog's ears should be standing up after they have finished teething. If the puppy's ears have stood up and then fallen again after some time, it is likely one of the problems below.

Another factor is that a dog can move their ears. If you see a dog with one ear erect, but the other turned to the side. It may be they are listening out for something. We should distinguish between this and when there is a problem.

Lastly, some dogs will simply never have erect ears. Due to breeding, some dogs have distinctive floppy ears. These breeds include:

All of the dog breeds which have floppy ears will have both ears flopping downward. When one ear is floppy and the other is not, it is likely the sign of a health problem.

My dog's ears won't stand up

The pinnae are the outer part of the ear. In dogs, these are either standing up or floppy, but can be of various sizes. When only one is erect and the other is floppy, it is a sign of concern for some guardians.

As we have stated above, it is normal for puppies to have floppy ears according to their breed. However, this can be difficult to tell with a mixed-breed dog since we don't know if they are supposed to have erect ears or not. It may even be possible for two litter mates to have different degrees of ear floppiness. This is due to the genetic inheritance of their parents.

If you know your puppy should have standing ears and they have reached the stage of development when this should have happened, it is important to know there may be a problem. One of the most important is diet. Puppies will need a specific type of nutrition to grow properly. When they are not fed enough protein and other vital nutrients, it is possible one or more of their ears will remain floppy.

There are also some medical conditions which prevents their ears from standing erect. We will detail these the following sections. One factor which might mean your dog's ears don't stand up is due to ear cropping. In dogs which should have erect ears, some owner cut the otherwise long ear off. In these cases, even if the dog should have erect ears, you might not be able to tell.

Our article on how to massage your dog's ears won't stop them drooping, but it can help you to relax them when they need it.

My dog has one floppy ear

There are different conditions that can cause a dog to have one ear standing up and one droopy ear. However, they are normally accompanied by other symptoms. These other symptoms will usually be more obvious and prompt us to go see a veterinarian.

When the dog does not receive treatment in time, such as what can happen with abandoned dogs, it is possible the ear will never stand up. Unfortunately, this is often the case with stray dogs. They may have one ear floppy or deformed due to malnutrition, fighting, disease, fungal ear infections such as malassezia, parasites or other causes. Some of the most common include:

My dog has a swollen and floppy ear

Sometimes our dog has a drooping ear that is also inflamed. It is common for this swelling to be due to an abscess. This occurs when pus around the infection site proliferates. A hematoma (blood collecting in the tissue) can also be the cause of ear swelling and drooping. The root cause is either fighting, parasites, injury or simply a hygiene issue. The latter is why it is important you clean your dog's ears regularly.

Hematomas in the ear (auricular hematoma) can appear when the dog shakes their head too violently or scratches persistently. In these cases, we need to find out the underlying cause. Ear mites are common in some dogs and they cause the animal to scratch their ears to relieve the frustration. You will need to take the dog to the veterinarian to diagnose the problem and provide the right treatment.

There are techniques and home treatments you can read about online which say they can stop a dog's ears drooping. Do not listen to them. They are usually either misinformed or selling an ineffective treatment. Go to see your veterinarian if you think your dog's drooping ear is a problem.

One way to avoid ear problems is to keep them clean at all times. Watch our video to see how it is done by the professionals:

If you want to read similar articles to My Dog Has One Floppy Ear - Causes and What to Do, we recommend you visit our Other health problems category.

My Dog Has One Floppy Ear - Causes and What to Do 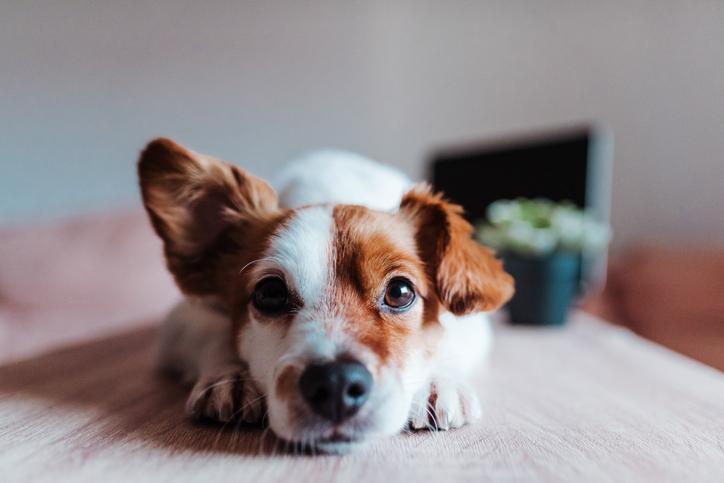 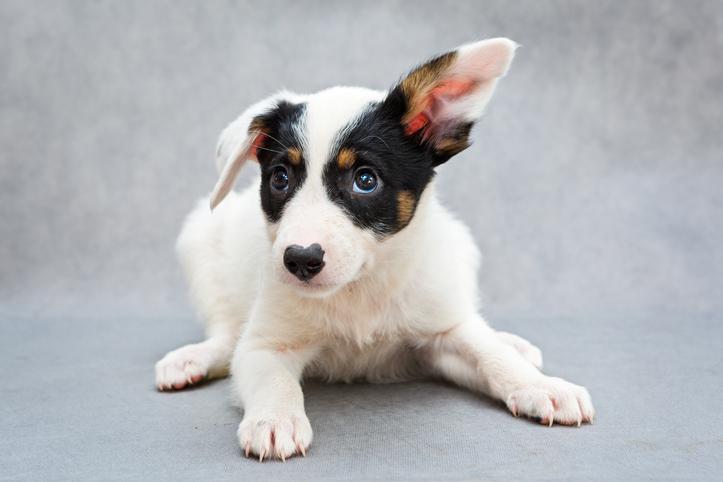