Why is My Dog Bleeding From Her Vagina?

If we see our dog bleeding for any reason, it can provoke fear for their safety. This is perhaps especially so when we see our female dog bleeding from her vulva or anywhere around her private area. If our dog is a bitch of more than 6-8 months that has not been sterilized, it is easy to think that it is just the heat period in dogs, but this is not always there case. There are also some diseases that may provoke vaginal bleeding. In this AnimalWised article we aim to explain why your dog is bleeding from her vagina and provide information on possible treatment options.

You may also be interested in: My Dog Is Bleeding a Lot During Heat
Contents

Do dogs bleed in heat?

The first explanation as to why a female dog ​​is bleeding from her vulva is that she is in heat. Female dogs have a reproductive cycle that can be divided into four phases. They are the following:

Heat begins in bitches at 6-8 months of age and is sometimes able to manifest earlier in smaller dogs or later in breeds of a larger size. The heat cycle is repeated a couple of times a year, i.e. it occurs approximately every 6 months. In younger females up two years of age, irregularities may appear in the cycle.

Generally the changes which the bitch experiences both physically and behaviorally resolve naturally without need of any intervention. In a healthy dog, it is likely she will bleed from her private parts simply because she is in the proestrus cycle of her heat period. However, she should not bleed during any other part of her heat cycle. If this occurs, you will need to determine the cause. If she is in pain, has purulent discharge or other symptoms, it may be a veterinary emergency.

If a dog is bleeding through the vulva not in heat and is sterilized, it could also be related to her estrus cycle. If a dog is bleeding even though she has been spayed, it is possible she has an ovarian remnant. Even if it is small, it can cause sufficient hormone release to initiate the heat cycle. This is relatively rare, so it is more likely the dog is bleeding from her vagina for the reasons below.

My sterilized dog is bleeding from her vagina

If your unsterilized dog is bleeding from her vagina during heat, it is most likely due to the estrus cycle. If your dog hasn't been spayed, it could be due to an ovarian remnant, but it is more likely due to another issue.

One of the most serious issues of this kind is known as pyometra in dogs. Pyometra occurs when there is an infection of the uterus. The infection manifests in two forms, either open or closed. In open pyometra, you are more likely to see the dog bleeding from her vagina. This is because blood, pus and other fluids can flow from the open cervix.

Dogs with closed pyometra won't necessarily bleed from their vagina at the beginning. In fact, the fluid will likely build up because it cannot exit through the cervix. This is very dangerous and can be life threatening to the dog. We will likely see the dog's belly become swollen, they will have an increased water intake and it will eventually become very painful in the lower abdomen. By the time they are bleeding from their vulva, the pyometra is likely advanced.

Other infections in the uterus or the sexual organs of spayed bitches may also result in bleeding. These can be due to bacterial infections, whereas pyometra seems to have more of a hormonal influence. It is also possible for spayed dogs to get pyometra, but only when they have ovarian remnants. It is very uncommon.

My pregnant dog is bleeding from her vagina

Bleeding may be related to another cause if our dog is pregnant. The emission of blood through the vulva during pregnancy can indicate serious problems such as a potential miscarriage. Dogs should not bleed from their vulva during pregnancy, so you will need to take them to the veterinarian immediately.

The only exception for healthy bleeding during pregnancy is when it is a sign the dog is about to go into labor. If our dog is in the final stretch of gestation, light bleeding from the vulva accompanied by mucus and other fluids may indicate that the time of delivery is approaching. During the development of the pregnancy, light bleeding is normal as long as it is not an excessive amount. Excessive bleeding is a reason for veterinary consultation.

My bitch is bleeding through the vulva after giving birth

Once the birthing process is over, bleeding from the vulva is normal. These are the secretions known as lochia, which should remit with the passage of time. Other than the dog spotting a little, if the dog continues to bleed significantly 24 hours after labor, they give off a bad odor, there is purulent discharge or your dog has a fever, you should consult a veterinarian.

Sometimes, the origin of blood is not in the reproductive system but in the urinal tract. Your animal could be bleeding due to a urine infection in dogs. In this case the bleeding would be of low intensity and is observed as only a few drops at the beginning or end of urination. Our dog will have more symptoms such as straining when urinating, increase in urination frequency and pain.

Urinary tract infections in dogs can be viral or fungal, but it is much more common for them to be bacterial. Treatment requires veterinary treatment and can be diagnosed by analyzing a urine sample. We may need to collect this ourselves using a special cup which we can be bought at any pharmacy. If this is not possible, your veterinarian can do this for you. Treatment for a urine infection usually consists of administrating antibiotics to the dog, but they need to be specific to the bacteria.

Other reasons why your dog may pee a little blood include cystitis, urinary stones and even poisoning. The more blood in the urine, the darker it will be, but any amount requires veterinary consultation.

Other causes of female dog bleeding

If the previous causes have been ruled out, it is possible that your dog will bleed through the vulva due to a neoplasm (tumor) in the vaginal-vulvar area. This is an over-proliferation of cells which can be either benign or malign. They can also cause bleeding in urine if the tumor is located on or near the urinary tract.

Tumors of the reproductive, urinary or other bodily symptoms can grow large enough to be felt via palpation. If they are near the vulva, they can even prolapse. This situation is more likely to occur in older and larger females, although this does not mean that it can not affect younger bitches.

Neoplasias are often accompanied by frequent urination, constant licking of the private area or inflammation. In this, surgical extirpation would normally be recommended. If the tumor is cancerous and has metastasized, it is also possible the dog will require chemotherapy. Treatment options will be determined by your veterinarian.

If you want to read similar articles to Why is My Dog Bleeding From Her Vagina?, we recommend you visit our Other health problems category.

My Dog Is Bleeding From Their Mouth
Why Is My Dog Bleeding From Its Anus? - Causes
Dog Bleeding After Spay - Causes
My Dog Keeps Licking Her Private Area - All Possible Reasons
Related categories
First aidDegenerative diseasesVaccinationMedicineCardiovascular diseasesBacterial diseases
Most read
1.
My Dog Keeps Licking Her Private Area - All Possible Reasons
2.
My Dog Is Bleeding from His Penis
3.
What to Do if My Dog has Something Stuck in his Throat?
4.
My Dog's Poop Starts Solid Then Goes Soft
5.
My Cat Has Liquid Coming From Their Anus
6.
Why Is My Cat Vomiting White Foam?
7.
Why Does My Cat Push Out His Penis and Lick It?
8.
My Dog Has Pus Coming From His Penis
My Dog Has a Bump on Her Private Area
Why Is My Dog Snoring?
Why is There Blood Coming Out of My Dog's Nose?
Why is my Cat Urinating Blood?
Why Does My Dog Vomit Blood?
Why is My Dog's Belly Hard
Ovarian Cysts in Dogs - Symptoms and Treatment
My Cat Is Coughing Up Blood

8 comments
Rating:
Tammy
24/08/2022
My 7 year old Pom/chi mix, is a big girl & a few days ago, I saw blood on the floor, I washed her, but it's been going on a few days, everything else is normal, except I'm bathing her bottom end everyday, dried up blood, on the floor, she moves, there is blood there, I see it when she walks away, doesn't seem to be bothering her, also when I bathed her, it was very slime like secretion there
Rating:
Desmond Ngcobo
12/07/2022 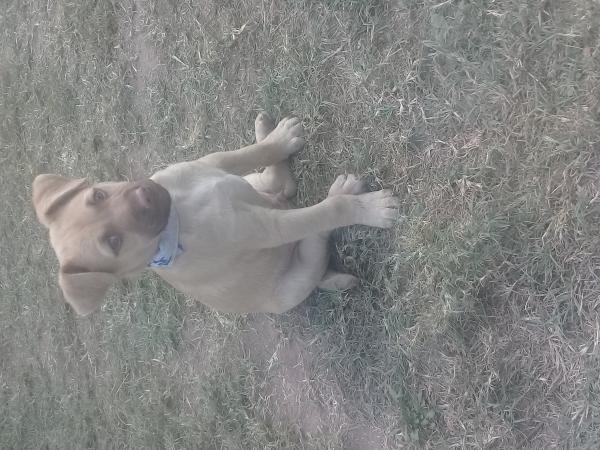 What type of dog is this one
Rating:
Denise
21/09/2021
My 14 yr old female lab has been bleeding from her vagina. She was spayed 5 years ago.
Rating:
Stephanie Rojas
13/03/2020
I've had my female dog for 6 years and she has never had her period
Yesterday I noticed that she was bleeding from her vagina is this normal what do I do,?

We go over the possible reasons in the article, but we also stress that this can be a symptom of something serious, so you will need to take them to a veterinarian.
Ashley
25/08/2019 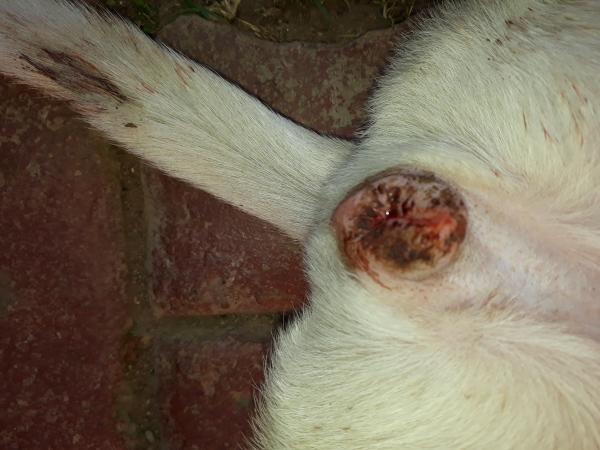 We cannot diagnose anything here, our articles are for informative purposes only. We can say that the symptoms you are describing imply there is at least the possibility of infection or another health issue. A checkup at the vet is required for an accurate diagnosis. Good luck.
Ethel
24/08/2019
my new 1 yr. old chi just got spayed 3 days ago while in heat. She's doing fine, however she still has a little bloody discharge (not a lot) from her private area (not the incision) is this normal since she was in heat?

It is not abnormal for a little blood to continue so soon after spaying. However, if there is any symptom of infection or any other health concern (e.g. loss of appetite, lethargy, etc.), then you should take them to the vet just to be sure. All the best to you both.
Vivian
13/02/2019 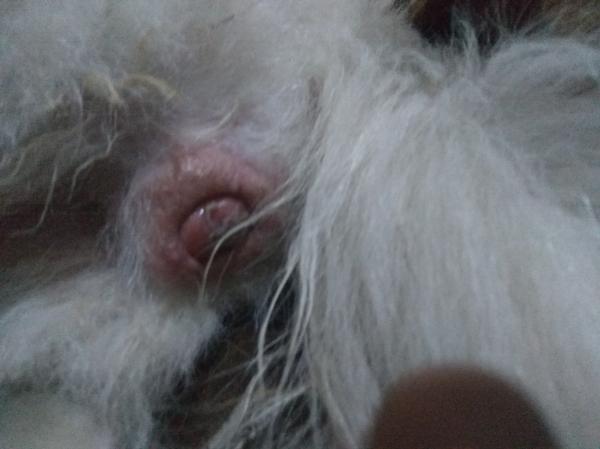 Blooding in yoni
Mitch
06/07/2018
About 5 days ago my mom's dog who has been recently fixed " hooked up" with my dog " choc lab ,75 lbs " she just started bleeding from her vagina yesterday and has no appetite and little energy. My bet to?d me to give her two 81 mg aspirin for a few days and lots of rest, is there anything else I can do?

If you vet is reputable and you have no reason not to trust them, then we suggest following their advice. We cannot give any diagnosis of an animal's ailment through these comments and our advice would have been to do what you have done.

The only thing we would add is to make sure they are eating well and you provide lots of love. If they struggle eating dry food, then give them better quality wet food for a while until they get their strength back. We wish your dog all the best in their recovery. Please message back and let us know how she is getting on.
Why is My Dog Bleeding From Her Vagina? 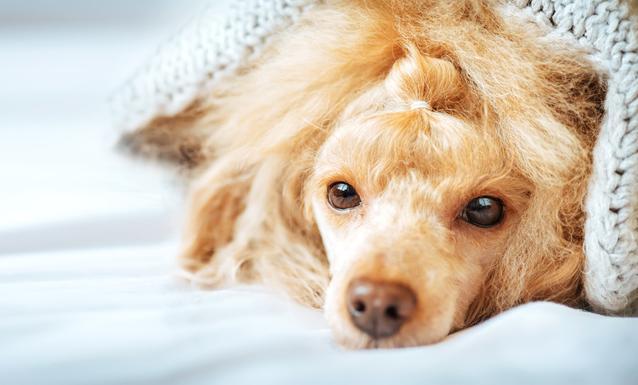 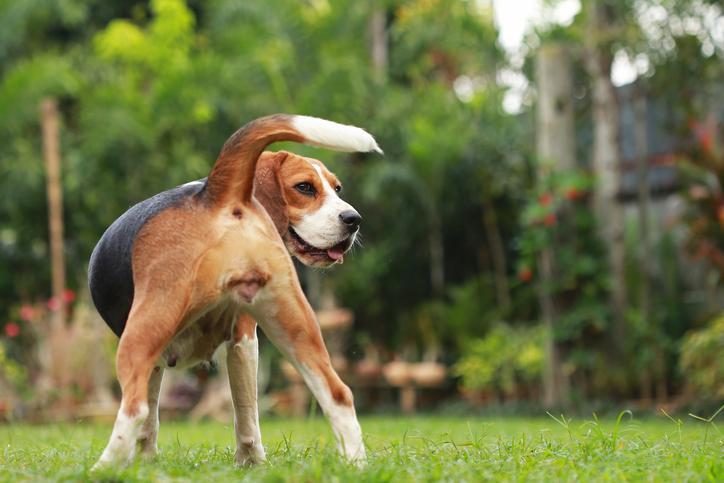 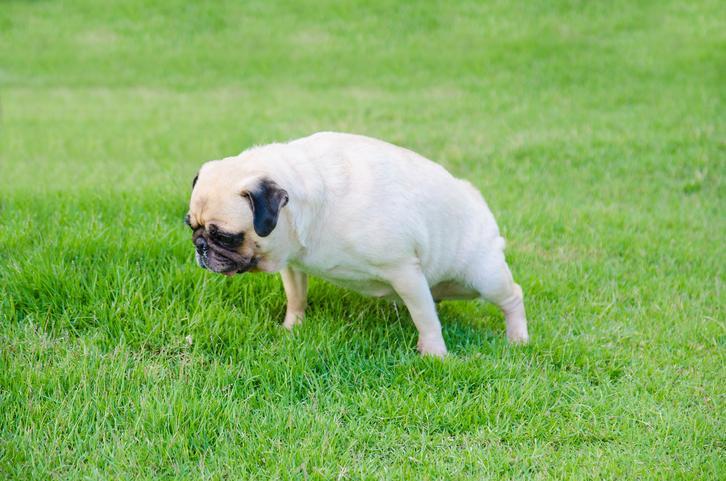 1 of 3
Why is My Dog Bleeding From Her Vagina?
Back to top