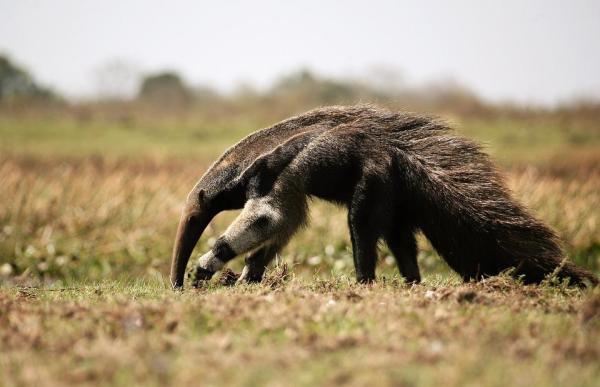 Insectivorous or entomophagous animals base their diet, or part of it, on the consumption of insects. There is a great variety of animals that eat insects, from amphibians to mammals. These animals obtain an important source of protein from these insects, needed to live a healthy life. But which are the most common insect eaters?

Read here at AnimalWised and discover our list of 15 animals that eat insects, pictures and fun facts included!

You may also be interested in: Carnivorous Animals: Examples and Fun Facts
Contents

Animals that eat insect are called...

There are multiple species which include insects in their diet, either as the base diet, a supplement or as an exclusive food source during the breeding season. Insects thereby play an important part in the development of ecosystems as an important source of abundant protein.

Animal species that eat insects include mammals, amphibians, birds, arachnids, reptiles and other insects. Each individual species has developed different mechanisms that allow it to catch these small prey. Birds, for example, have a beak which has evolved over centuries to extract insects from the ground or from tree trunks. Amphibians, on the other hand, carry sticky tongues that aid them in catching their insect prey.

Keep reading below for more about the top 15 animals that eat insects.

Anteaters define four extant mammal species that belong to the suborder of the Vermilingua. Two meters in length and 40 kg in weight, anteaters are characterized by their thick and stiff gray, sandy or black coat.

Anteaters feed on ants and termites. They have a cylindrical and long tongue which allows them to find these insects in hidden and small spaces. The ants and termites attach to the tongue, by which they are eaten. For more, read dietary habits of the anteater.

Anteater fun fact: Anteaters are ‘edentates’, meaning they have no teeth.

Armadillos, which belong to theDasypodidae family, are placental mammals that are distinguished by the noticable shell on their backs. In addition, they carry a characteristic almost bald tail, similar to that of rats. Armadillos are animals that eat insects and plants as well as carrion.

For more about these fascinating insect eating animals, read our article where we discuss, ‘‘Can you have an Armadillo as a pet?’’

The star-nosed mole (Condylura cristata), native to North America, is characterized by its snout which is formed by 22 tentacles. Known as the world’s fastest eater, these almost completely blind moles use their tentacles as a ‘vision’ organ to help them guide themselves in the dark or through underground tunnels.

Geckos are sauropsida with scales that inhabit warm regions around the world. These animals that eat insects are characterized by their large eyes, flattened head and multiple colors (that vary depending on the area in which they live).

A gecko’s diet is very varied: it feeds on insects, centipedes, arthropods and arachnids, but it is also capable of hunting small birds and lizards, as well as resorting to cannibalism if food is scarce.

For more about geckos and other incredibly fascinating animals, read our list of big eyed animals.

The Moorish gecko (Tarentola mauritanica) is a reptile that inhabits cities surrounding the Mediterranean Sea. They measure at around 15 centimeters and vary in camouflage colors, from gray to sand to light chestnut. They are characterized by the conical bulges which protrude from their bodies. The moorish gecko is a nocturnal animal that consumes all kinds of insects. However, in times of food shortages, they are capable of devouring smaller geckos and other lizards.

Moorish gecko fun fact: these geckos are a popular pet.

The Athene noctua or little owl, is a raptor native to Europe and Africa. It reaches only 25 centimeters in height and is covered with brown and white plumage. In ancient times, this insect eater was the symbol for the Greek goddess Athena. These owlets are animals that eat insects and worms, as well as rodents and smaller birds.

The Indiana bat (Myotis sodalis) is a species which can only be found in some North American states. This bat reaches only 60 millimeters in length and weighs between 5 and 11 grams. It has a short and fluffy grayish brown coat.This nocturnal animal feeds on multiple insects and loves moths, beetles and other flying invertebrates.

Indiana bat fun fact: this bat consuming up to half its weight every night.

For more about nocturnal animals, we suggest taking a look at our article where we list which animals are nocturnal.

The Bufo bufo or common toad is an anuran amphibian that inhabits wetlands, streams and other humid habitats of Europe and northern Asia. These nocturnal animals are characterized by their evil appearance: dark skin, reddish eyes and multitude of warts or bulges protruding from the body. The common toad is an insect eating animal that is also capable of hunting small mammals, such as rodents.

Common toad fun fact: like frogs, they have sticky tongues to catch prey.

The praying mantis (Mantis religiosa) is an insect which is distributed throughout Asia, Europe, Africa and some areas of North America. It measures at about 5 centimeters and is characterized for having large eyes and two elongated front legs. Praying mantis usually feed on other insects, but can also hunt frogs, small birds, lizards and rodents.

There are more than 4,500 types of ladybugs, by which various species of coleoptera insects are distributed throughout the world. They present different coloration, but the most common is a combination of red with black spots. Ladybirds eat insects, such as aphids, woodlice, flies and mites.

Ladybird facts: technically they are ‘beetles’ not ‘bugs’.

Moonrats are another example of animals that eat insects. The moonrat (Echinosorex gymnura) is a rodent that measures up to 460 millimeters and carries a white or black coat. The species is known for its marked sexual dimorphism, the females are larger than the males. Moonrats feed on insects as well as fruit and aquatic vertebrates, like fish.

The web-footed tenrec (Limnogale mergulus), also known as the otter shrew, lives in aquatic environments on the island of Madagascar. It measures at around 40 centimeters and weighs up to 60 grams. This mammal feeds on insects and crayfish.

Web-footed tenrec facts: It is considered vulnerable according to the IUCN Red List and is threatened largely by agriculture and the deterioration of aquatic environments.

The gray flycatcher (Muscicapa striata) is a singing bird that inhabits both the cities and meadows of Europe and Africa. It reaches only 25 centimeters in height and is characterized by a light chestnut plumage with a white abdomen. It is a migratory bird that nests between May and August. Th is gray flycatcher is included among the animals that eat insects and plants. Although its diet is mainly made up of beetles and diptera, it also consumes elderberries.

Gray flycatcher facts: they are often confused with Dusky flycatchers, as they are incredibly similar.

Several species of palaeoptera insects are included under the name dragonfly. Palaeoptera insects are unable to fold their wings over the abdomen. Dragonflies have an elongated and thin body, with multifaceted eyes that can perceive what happens in 360 degree range. Dragonflies fall under insects that eat other insects. They feed mainly on flies, moths and butterflies.

The last on our list of animals that eat insects is the adorable sugar glider (Petaurus breviceps). The sugar glider is a nocturnal mammal that lives in the forests of Australia, New Guinea, Indonesia and Tasmania. It is characterized for being incredibly small, measuring only 20 centimeters and weighing between 130 and 160 grams. This omnivorous animal feeds on nectar, insects, birds and small mammals.

Sugar glider fun fact: in recent decades sugar gliders have become popular pets, but is this type of ownership fair? Find out more with our article where we discuss the pros and cons of sugar gliders as pets.

If you want to read similar articles to Animals That Eat Insects - List and Fun Facts, we recommend you visit our Facts about the animal kingdom category. 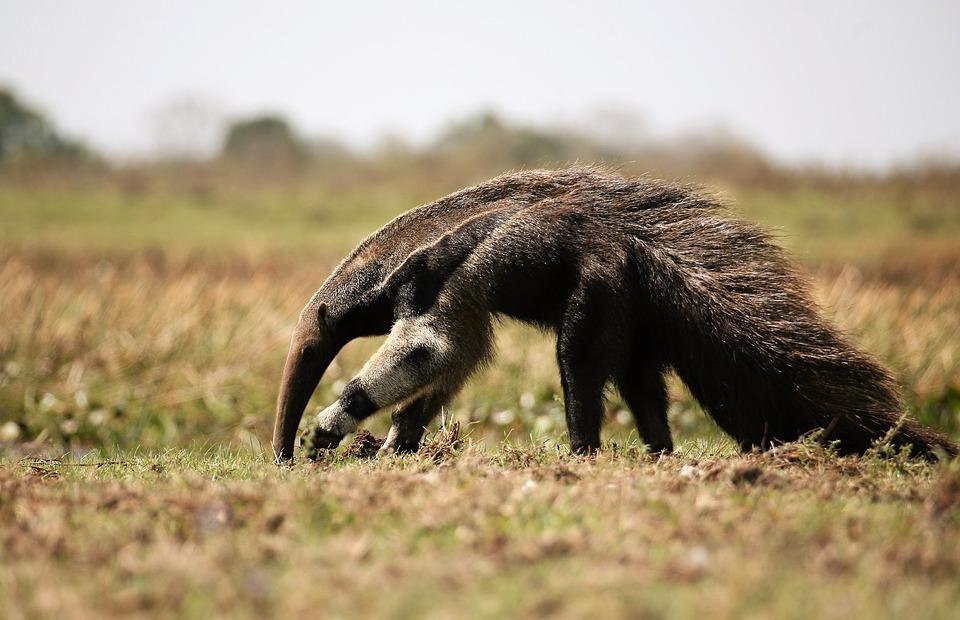 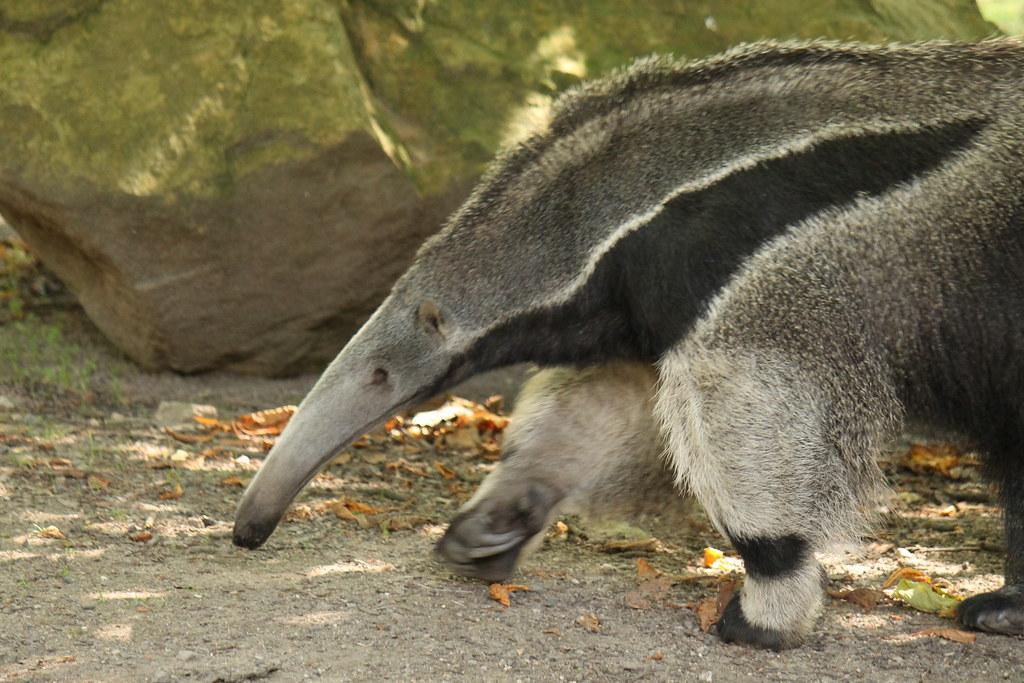 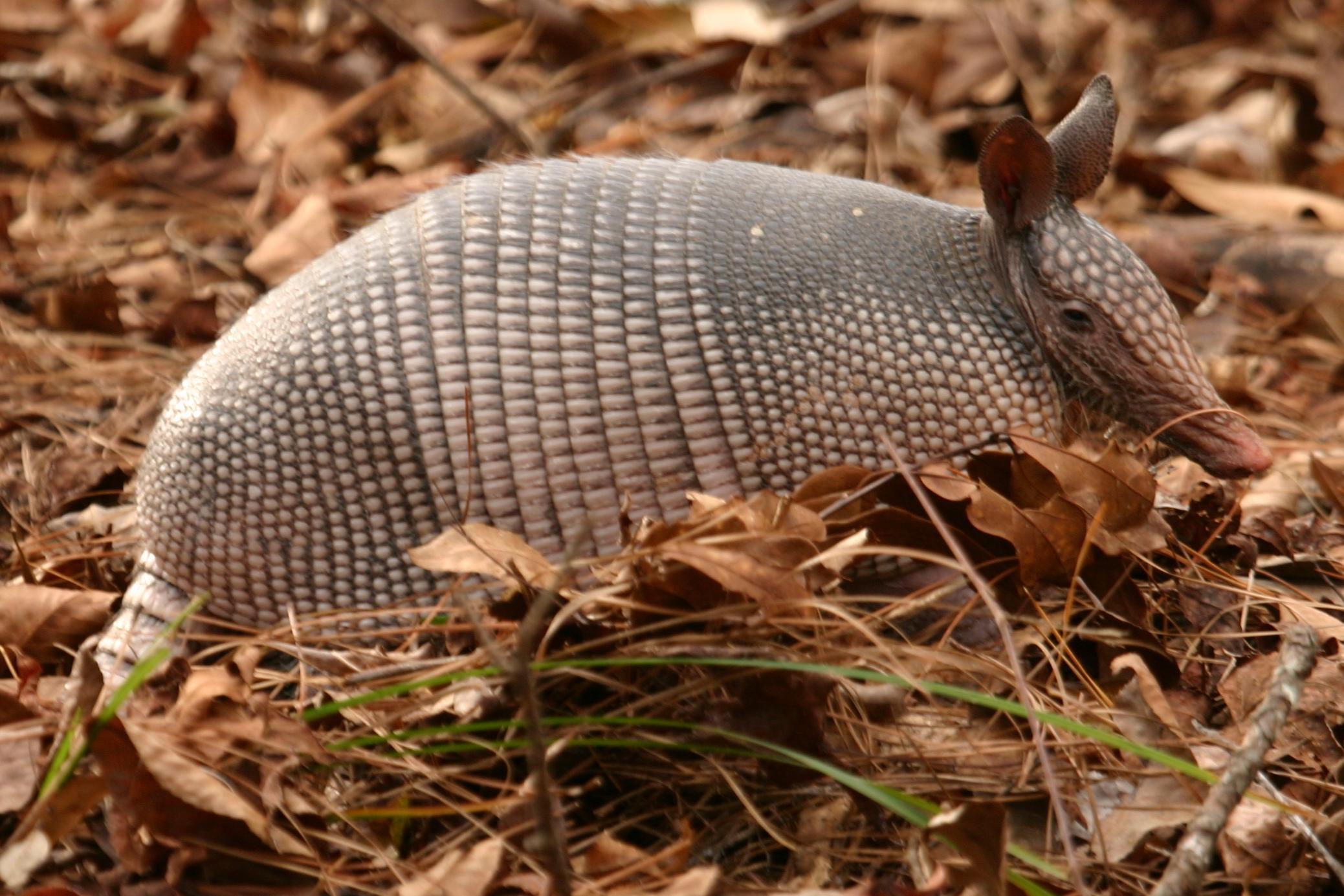 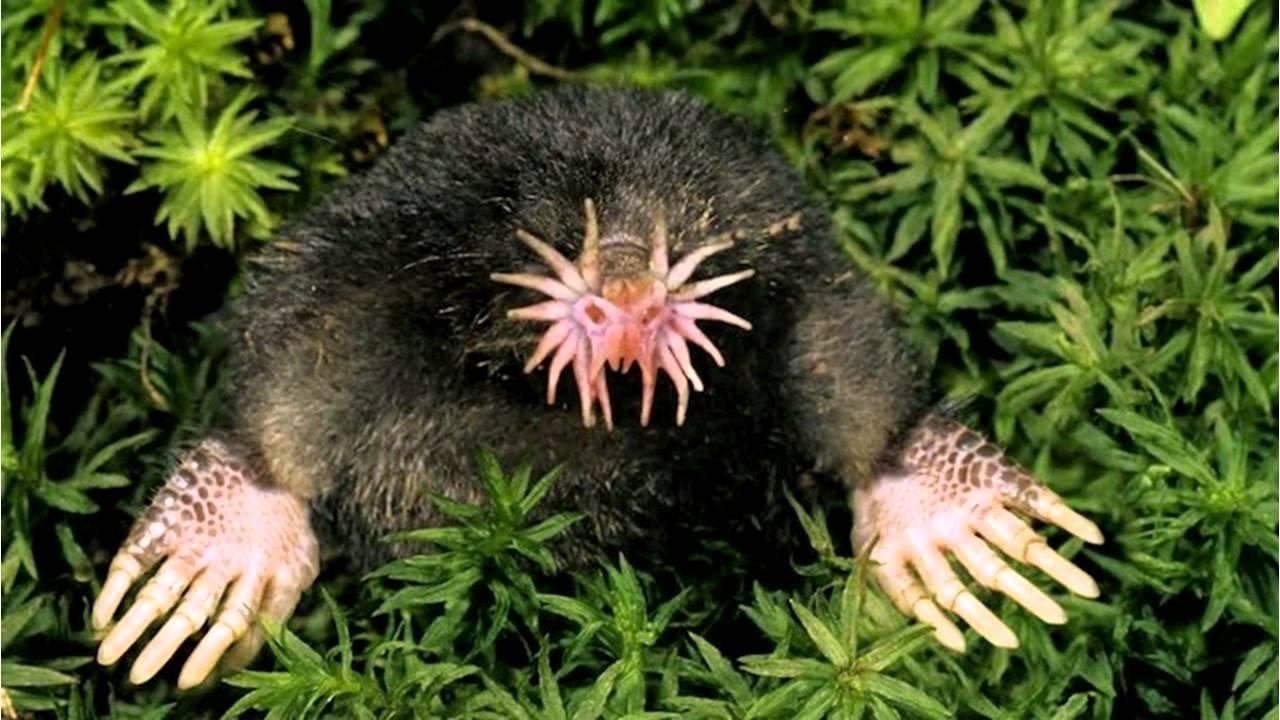 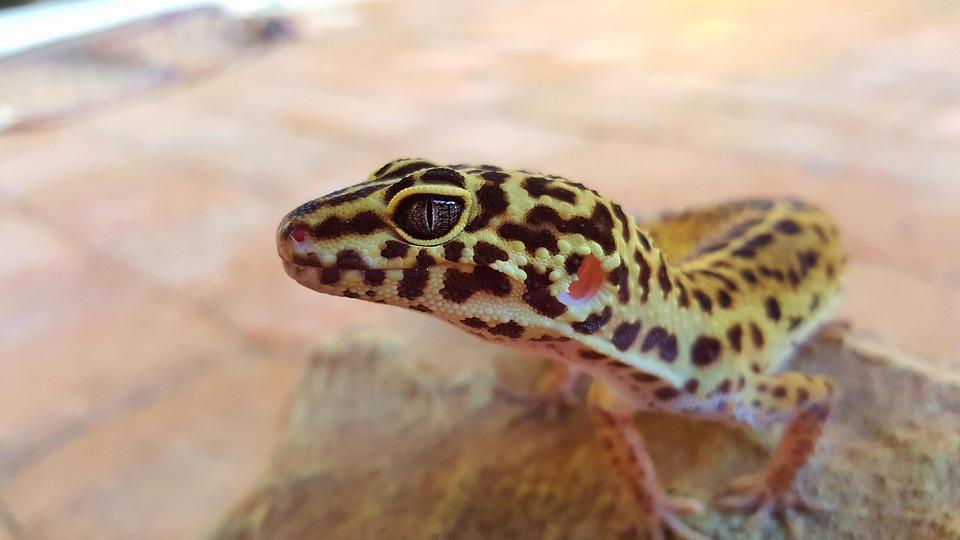 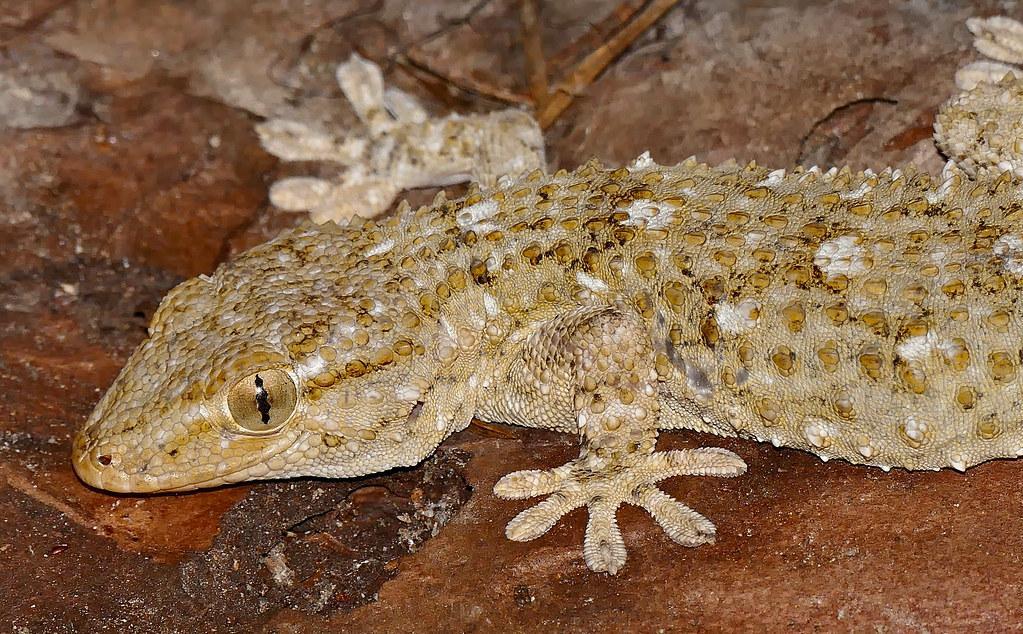 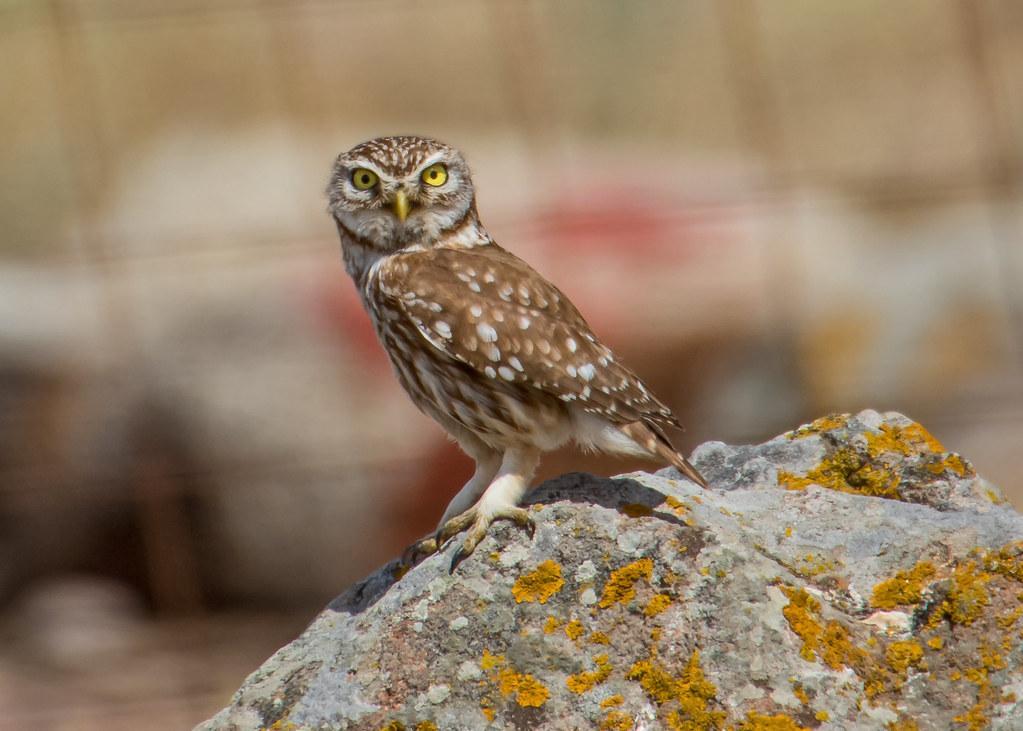 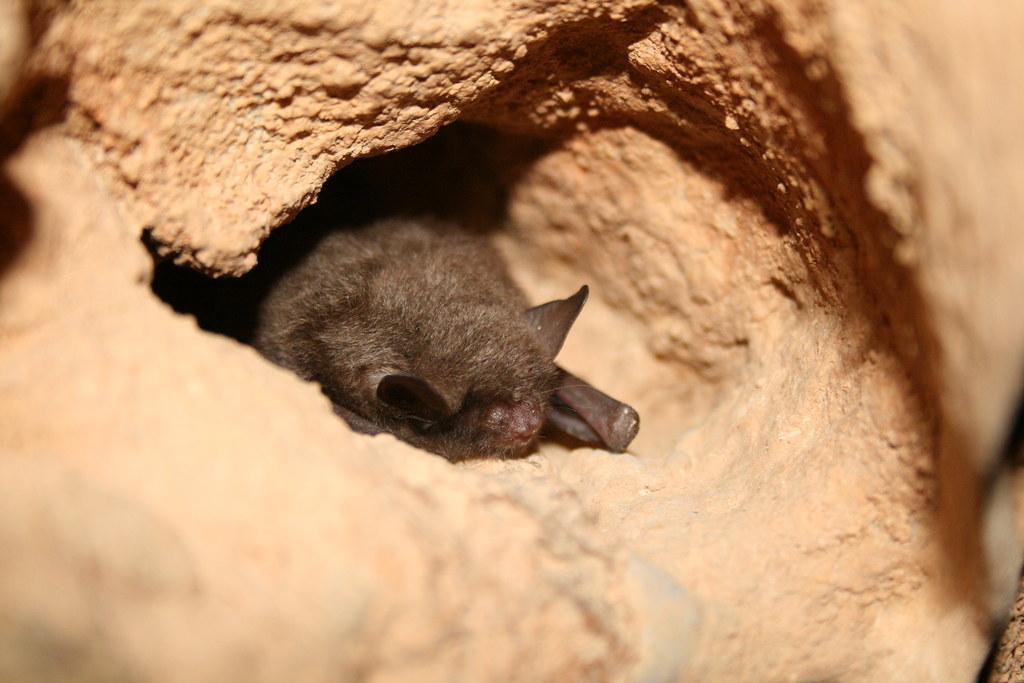 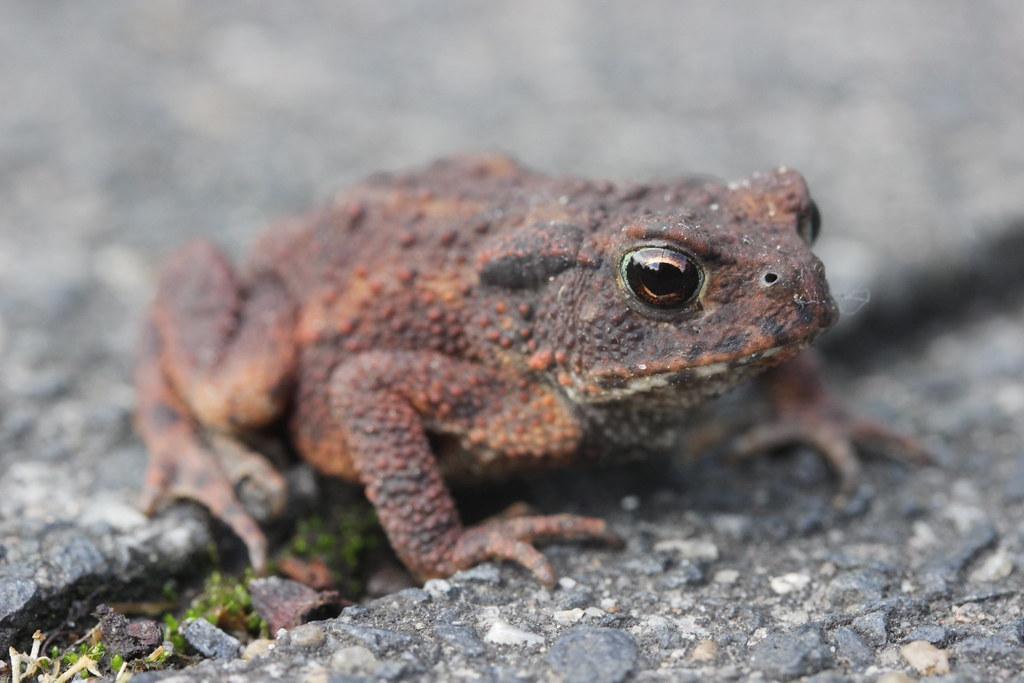 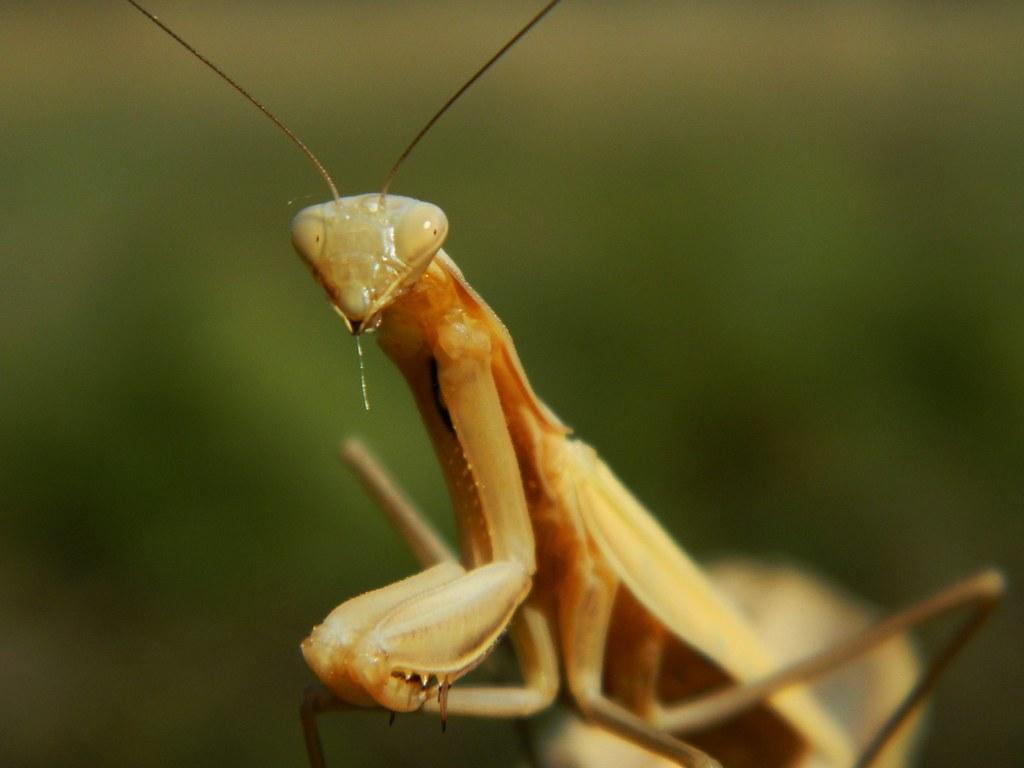 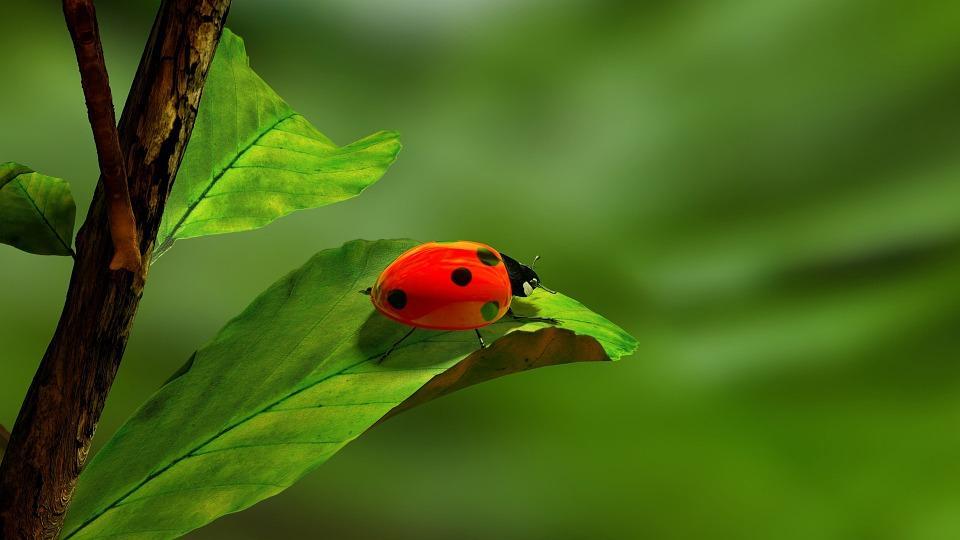 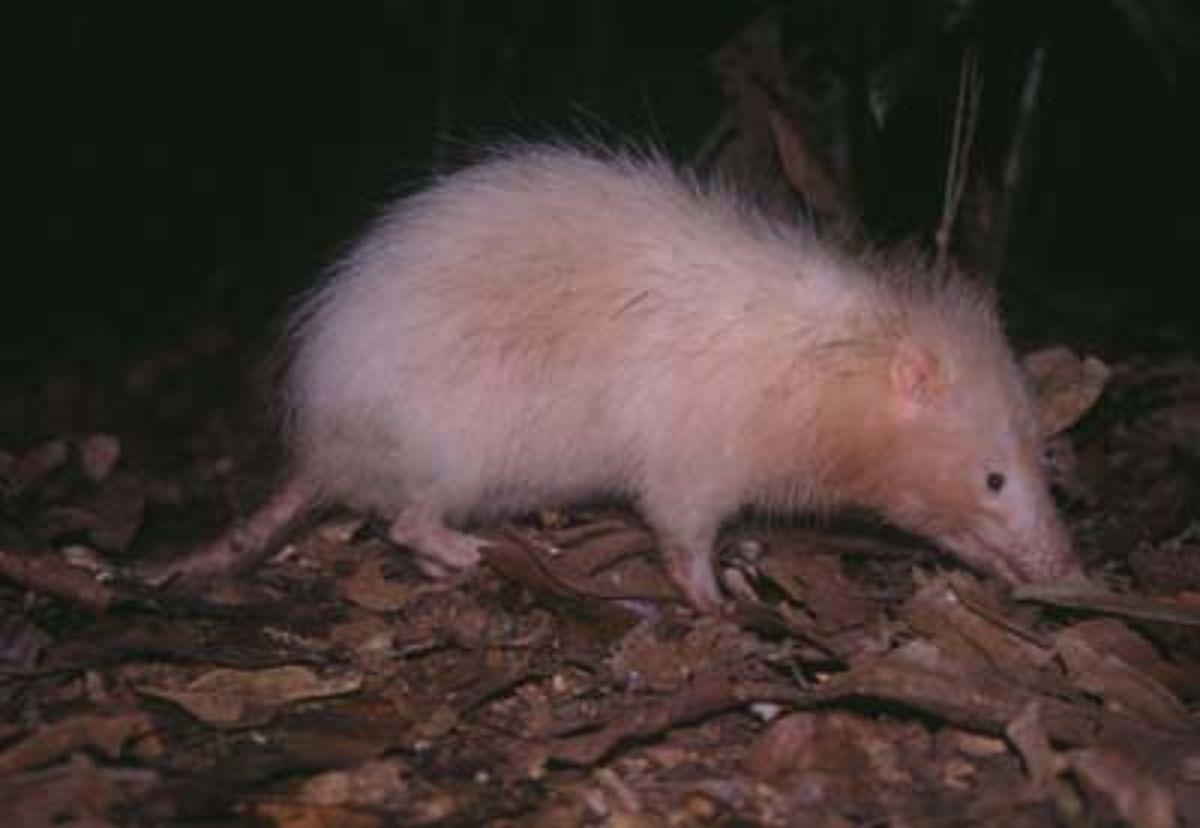 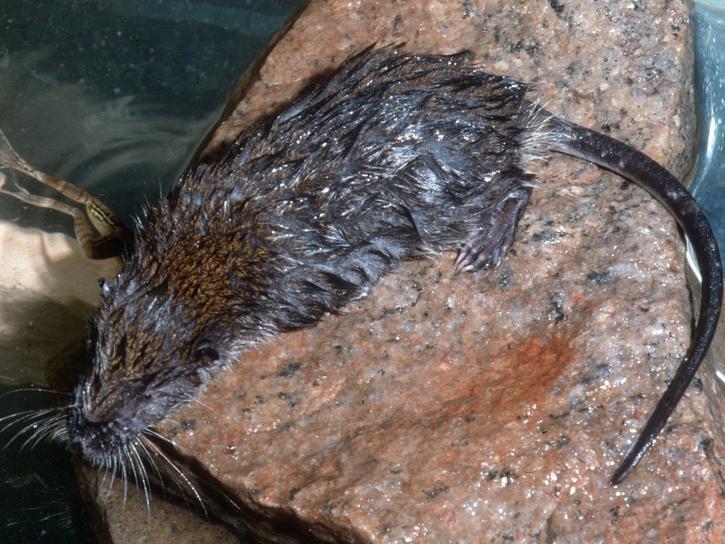 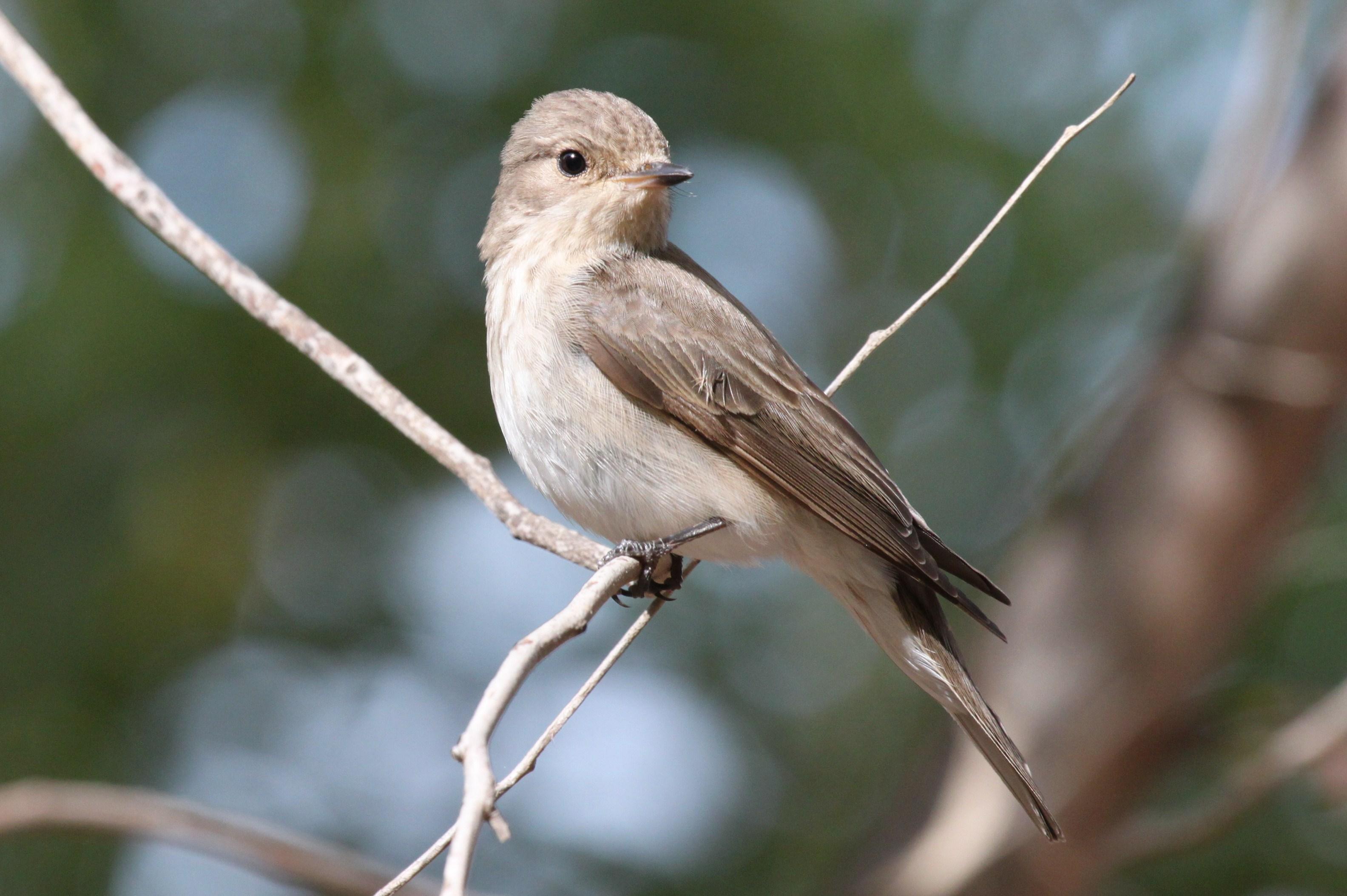 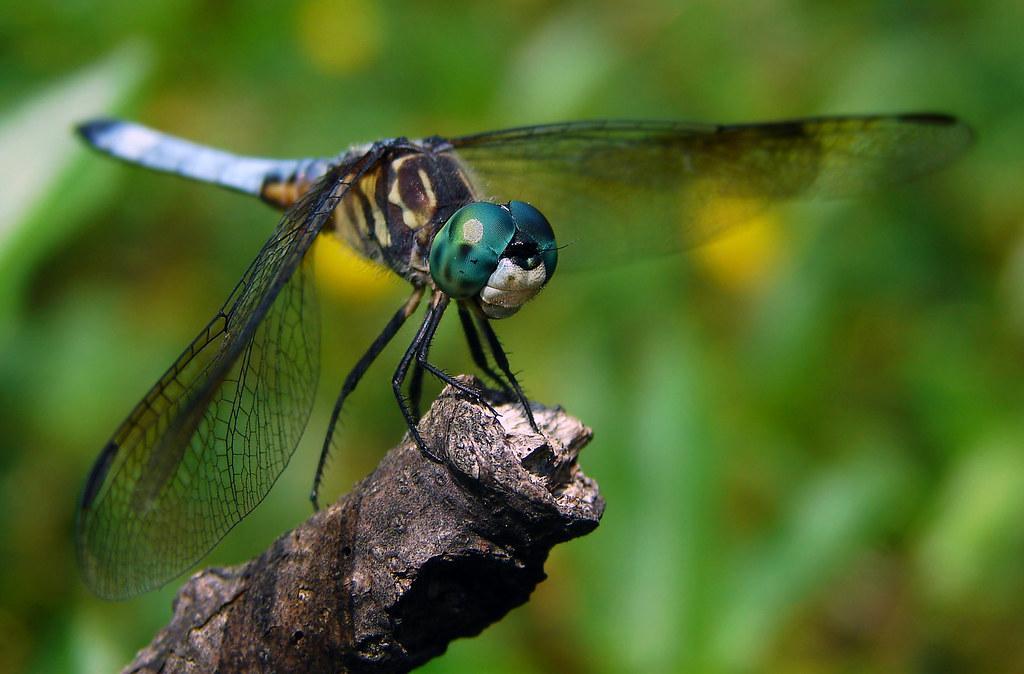 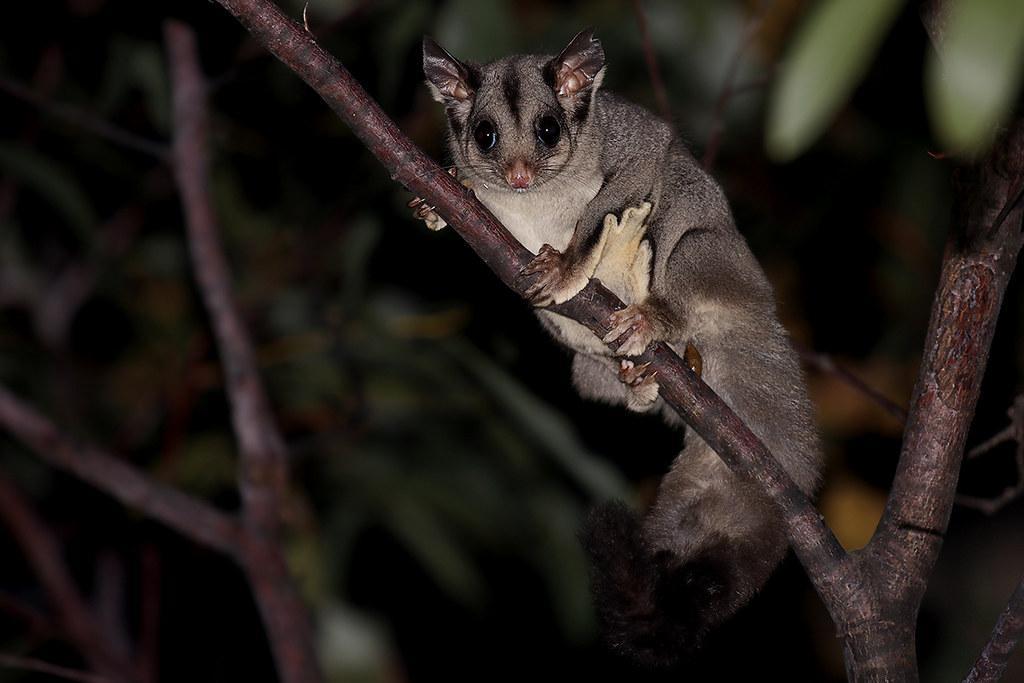