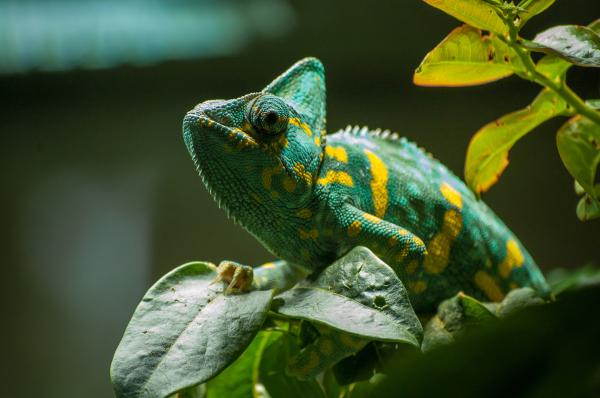 In nature, both flora and fauna uses various mechanisms to survive. One of the most peculiar and fascinating is the ability to change color. Animals have profound relationships to color. Camouflage to protect from predators is perhaps the most well-known way animals use color. The chameleon is the figurehead of this use of color, perhaps because its abilities are so stark. There are many other, equally ingenious, ways in which an animal changes color to benefit them.

AnimalWised brings your our list of 20+ animals that change color with photos. We will take a look at the way some of these individual animals use color to stay alive and help future generations of their species do the same.

You may also be interested in: 20+ Incredible Animals that Migrate and Why
Contents

Why do animals change color?

Many animals modify their appearance in various ways. This may involve using a certain appendage, spreading out their body or even using items in their environment. Changing color is one of the most intriguing for us. Whether we realize it or not, we change color to reveal certain things about ourselves. For example, blushing is a natural way we can change color which signals embarrassment.

Animals may not feel embarrassment as we humans do, but there are many other reasons they will use color change. These include:

All the reasons an animal may change color are not yet known to us, since animal communication is such a difficult thing to interpret. How they change color is also difficult to determine, but we share some insight below:

How do animals change color?

The mechanisms by which an animal can change color are varied. Different types of animal have different physical structures. For this reason, a reptile will not necessarily be able to transform color in the same way as an insect. At the same time, two seemingly very different animals may use similar mechanisms to change color.

For example, chameleons and cephalopods both have cells called chromatophores. These cells contain various types of pigment. They are located on the three outer layers of the skin with each layer containing pigments corresponding to different colors. The chromatophores also use reflective plates to change their hue under different lights. The actual color may look different depending on the type of ambient light and how a particularly animal receives light. Many blue colored animals aren't even technically blue, but look so due to light reflecting of certain cells.

An animal's own vision can be used to help it change color. Vision is necessary to decipher light levels. Depending on the amount of light which exists in an environment, the animal can make their skin present in different colors. The process is relatively simple. The eyeball deciphers the light intensity and transports the information to the pituitary gland. The gland then secretes a hormone into the blood stream which alerts the skin of the particular color required.

Some animals do not change color in their skin, but in their fur or plumage. For example, in birds color change occurs to differentiate between sexes. Most birds have darker and less colorful feathers at the beginning of their life which develop into more colorful shades as they develop. The same goes for many mammals which change the color of their fur. However, fur color may also change seasonally for protection. For example, fur may look whiter in winter to protect themselves in snowy areas.

The speed at which an animal can change color depends on the mechanism. Many color changes require a long cellular metabolic process which leads to color change. They need to synthesize certain enzymes, release hormones or even have their color change determined by specific genetic factors. Tanning is a color change process in humans which occurs due to melanin absorbing light rays. This is quicker than a bird changing its plumage, but longer than a chameleon changing color.

As we reference above, human beings are a species which can undergo color change, even if in a very limited way. However, some animals are much more varied and dramatic. While we provide other examples of animals that change color, we are going to look in depth at the following:

The Jackson's chameleon (Trioceros jacksonii) is one of the animals that can change to the most colors. It can adopt between 10 and 15 different hues, depending on its specific needs. The species is native to the African countries of Kenya and Tanzania, where it lives in areas between 1,500 and 3,200 meters above sea level,

The original coloration of these chameleons is green, sometimes with additional yellow and blue patches. They also have a very characteristic tri-horned head.

This arachnid is one of the animals which uses color changes to camouflage and hide. The yellow crab spider (Misumena vatia) measures between 4 and 10 mm and lives in North America. The crab spider's body is somewhat flattened and their legs are both long and separated. This gives them a certain resemblance to a crab, hence their name. Their standard color varies between brown, white and light green.

However, the spider's habitat is often colorful flowers. The crab spider can change its color to bright yellow and/or white, allowing the spider to be unseen by visiting insects to the flower. The spider has the element of surprise and pounces on the insect.

The ability of the mimic octopus (Thaumoctopus mimicus)[3] to camouflage themselves is very impressive. They are a species which inhabit waters around the Australian and Asian coastlines where it is possible to find them at a maximum of 37 m deep.

With the intention of hiding from predators, this octopus is able to adopt the colors of almost 20 different marine species. These species are heterogeneous and include jellyfish, snakes, fish and even crabs. Additionally, their body is able to mimic the shape of other animals such as manta rays. They can then attack prey which think they are a less dangerous fellow sea creature.

The common cuttlefish (Sepia officinalis) is a mollusk that lives in the northeast of the Atlantic Ocean and the Mediterranean Sea. They live at around 200 m deep, measure a maximum of 49 cm and weigh up to 2 kilos.

The cuttlefish live in sandy and muddy areas where they hide from predators during the day. Like chameleons, their skin has chromatophore cells which allow it to change color and adopt various patterns. In sand and unicolored substrates, they retain an equally uniform tone. They can adapt specks, dots, stripe and colors when in front of heterogeneous environments.

The common sole (Solea solea) is another fish capable of modifying the color of its body. They inhabit the waters of the Atlantic and Mediterranean areas, also residing at a maximum of 200 meters deep.

The sole has a flattened body that allows it to bury itself in the sand and hide from its predators. In addition, it slightly modifies its skin color, both to protect itself and to hunt the worms, molluscs and crustaceans that make up its diet.

The flamboyant cuttlefish (Metasepia pfefferi) is distributed throughout the Pacific and Indian oceans. They live in sandy and swamp areas where their body can camouflage perfectly. This variety is one of the very few cephalopods which is poisonous, thanks to toxins present in its skin. While their usual base color is an inconspicuous brown, they change their body color to a bright red tone when they feel threatened. This color change transformation alerts the predator to their toxicity.

The flamboyant cuttlefish is also able to use color changing to camouflage itself in its environment. In order to do this, their skin contains 75 chromatic components which allow up to 11 different color patterns.

Another of the marine animals on our list of animals that change color is the European flounder (Platichthys flesus)[4]. They are a type of fish which uses camouflage in different ways. The main one is to hide under the sand, a task made easy by their flattened body shape. They live around 100 m deep in waters from the Mediterranean to the Black Sea.

Other than hiding under the sand, the flounder uses another technique to hide from potential predators. It is also able to adapt their color to mimic that of the seabed. Unlike some of the color changing animals here, their color change is not as visually impressive as others.

Another animal that changes color is the turtle beetle (Charidotella egregia). They are a type of leaf beetle whose wings reflect light with a striking metallic golden color. However, in the face of stressful situations, their body transports fluids to their wings which turn an intense red color.

This species feeds on leaves, flowers and roots. In addition, the turtle beetle is one of the most striking insects that exist.

The Carolina anole (Anolis carolinensis)[5] is a reptile native to the United States, but can currently be found in Mexico and several Central American islands. They inhabit forests, meadows and steppes, where they prefer to live in trees and on rocks.

The original color of this reptile is bright green. However, their skin adopts a dark brown tone when they feel threatened. This is the opposite of poisonous animals which use vibrant colors to deter attack. Like chameleons, they perform this action using chromatophores.

Although we may not think of them as color changing animals, there are mammals which are capable of changing color. The Arctic fox (Vulpes lagopus) is one such mammal species. They live in the Arctic areas of America, Asia and Europe.

The fur of this fox species is brown or gray during the warmer seasons. They then change their coat to a brilliant white when winter approaches. This color change allows them to hide in the snowy landscape, something which helps them to both hide from possible attack and gain advantage when hunting their own prey.

Other animals that change color

In addition to those mentioned above, there are many animals that change color to hide or for other reasons. Here are some of them:

If you want to read similar articles to 20+ Animals That Change Color, we recommend you visit our Facts about the animal kingdom category.

Why Can a Chameleon Change Color?
My Cat's Fur Is Changing Color
My Dog's Nose is Changing Color
15 Animals That Sleep A Lot
Related categories
Endangered animals
Most read
1.
What Animal am I According to my Zodiac Sign?
2.
What Does It Mean When a Cat Shows Up at My Door
3.
Are There Venomous Spiders in the UK?
4.
The 10 Most Solitary Animals in the World
5.
10 Smells that Attract Cats
6.
Differences Between Deer, Elk, Moose and Reindeer
7.
10 Most Beautiful Animals in the World
8.
Most Common Cat Eye Color and Their Meaning
Animals That Go Through Metamorphosis
Animals That Start With I
Animals That Live in Trees
20 Amazing Octopus Facts
15 Animals That Pollinate
Animals that begin with N
Animals That Live in Alaska
Animals That Eat Insects - List and Fun Facts 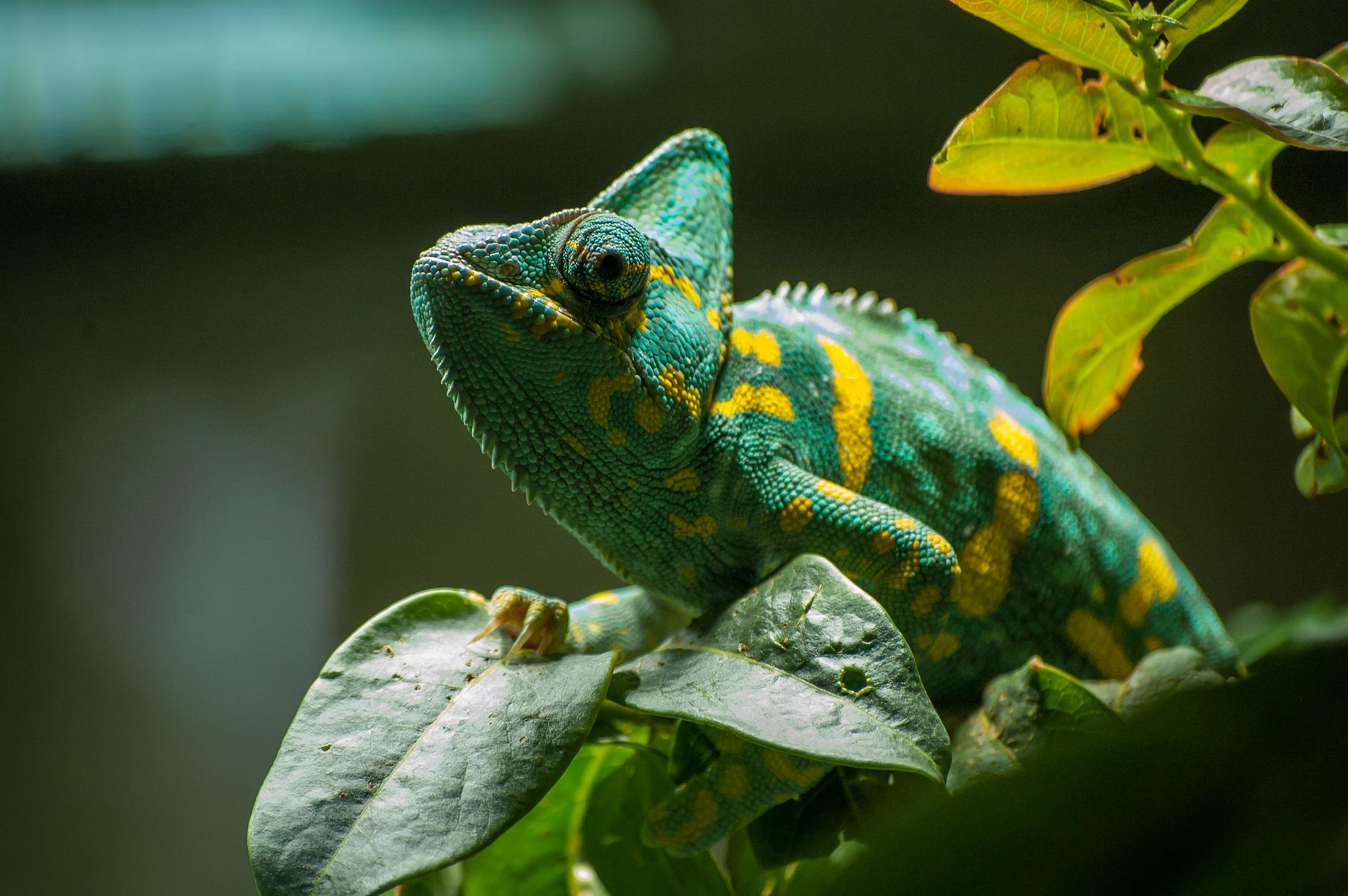 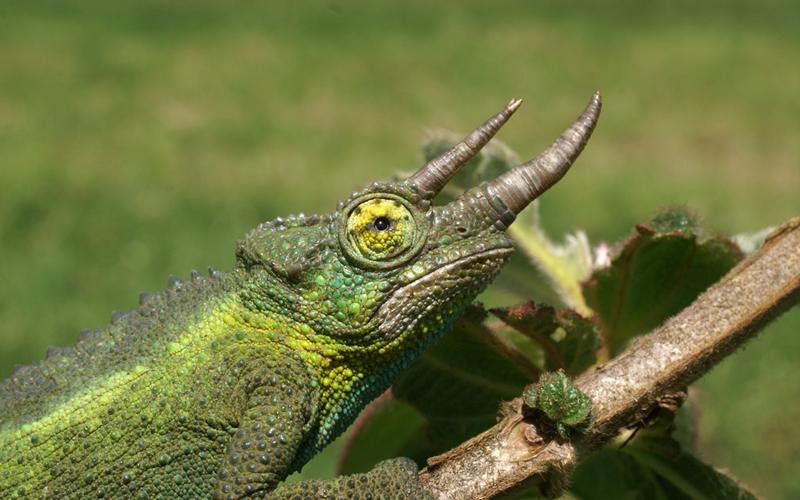 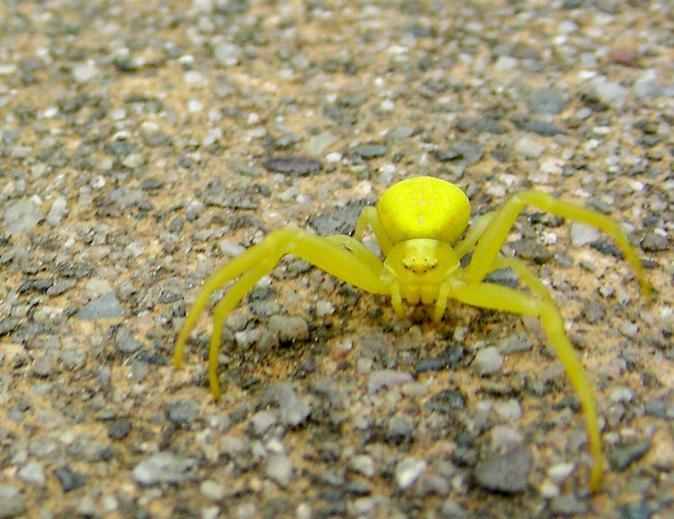 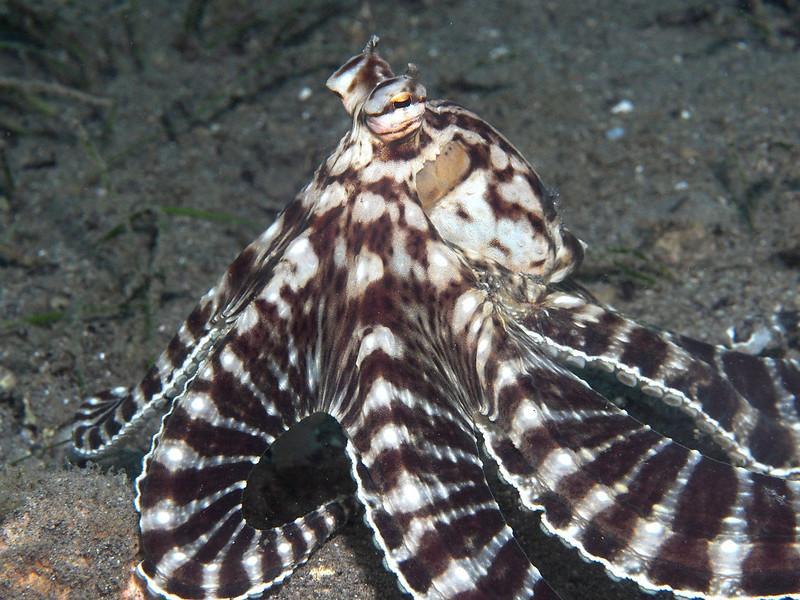 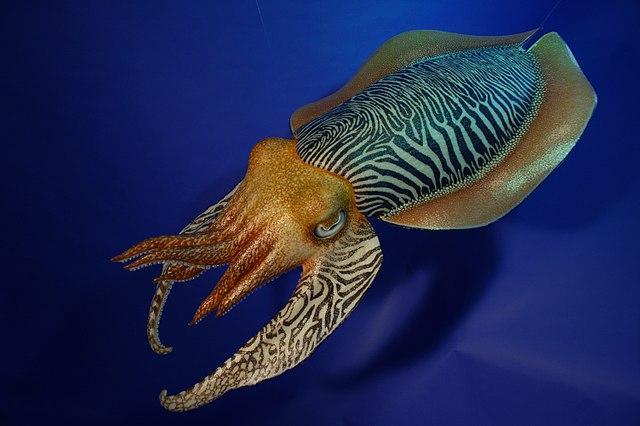 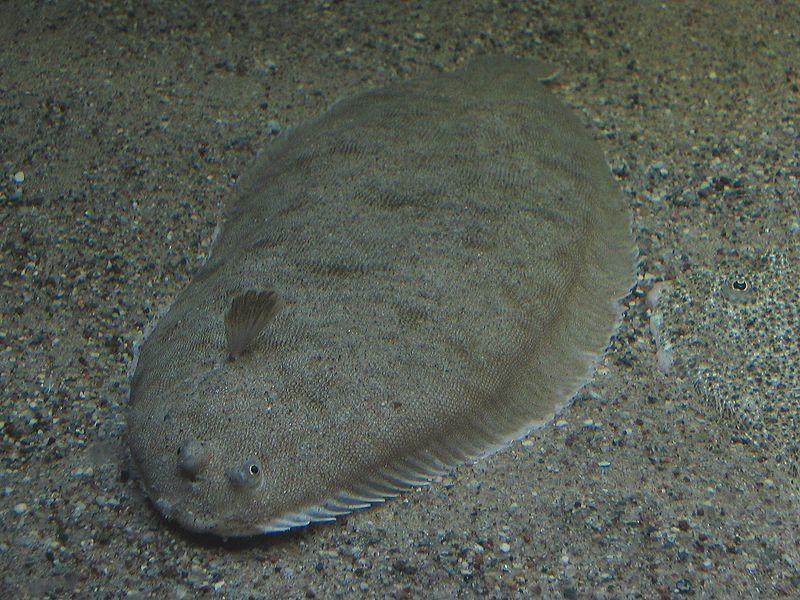 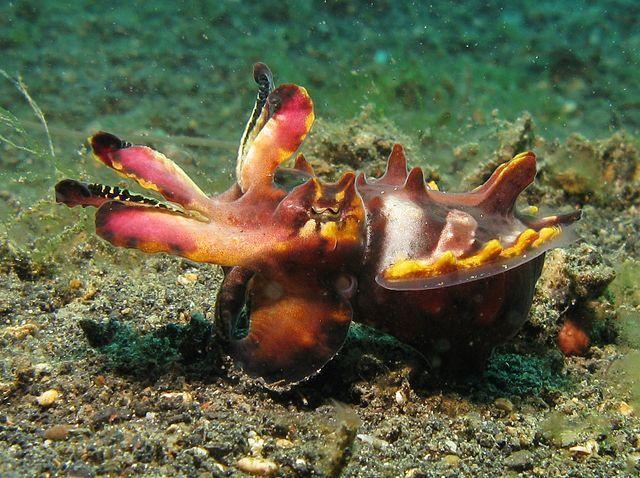 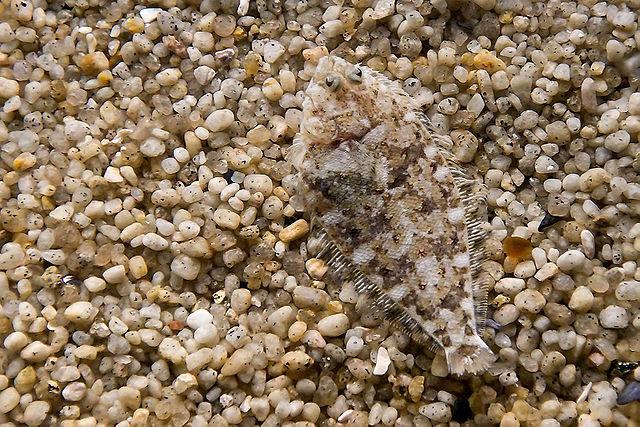 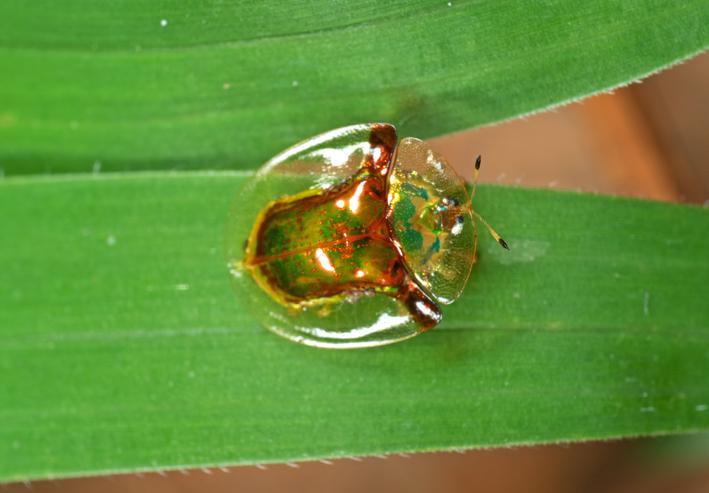 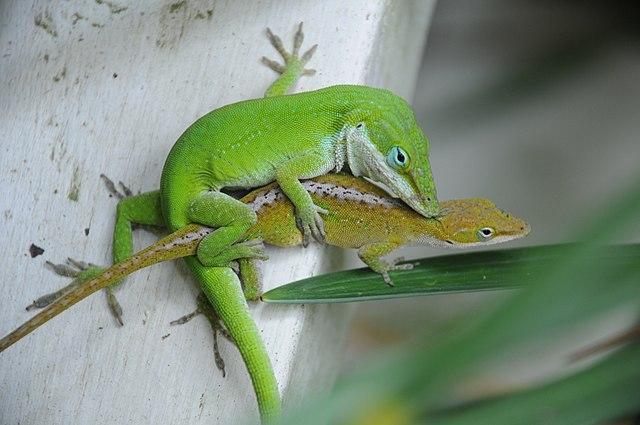 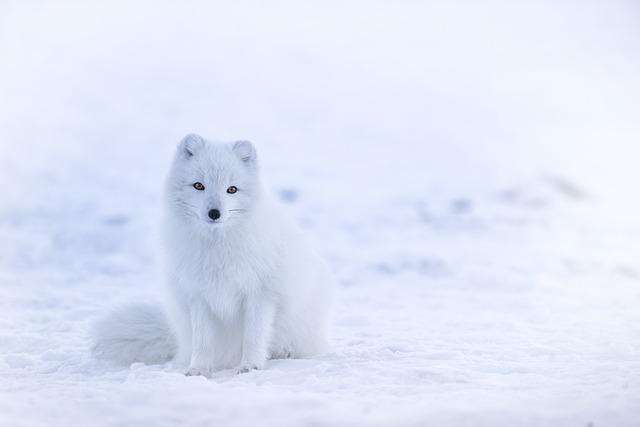