The Different Types of Labrador Retrievers

The Labrador Retriever is one of the most popular companion animals for a multitude of reasons. Not only are they affectionate, clever and incredibly sweet animals, but they bond strongly with humans and are suitable for a wide range of families. Their popularity has lasted a long time, its origins beginning in Victorian Britain. But for some breeds which have been around for such as long time, the breed develops and is often divided into different categories. The different types of Poodle can attest to this. However, some may wonder how many types of Labrador are there?

In this AnimalWised article, we look at the different types of Labrador Retrievers by showing you both the two main breed variations, as well as a less common type. Keep reading to see these different types and see photos to help explain their differences.

You may also be interested in: The Different Labrador Retriever Colors
Contents

How many types of Labrador Retriever are there?

The Labrador Retriever was a breed developed mainly by sailors who were sailing between England and Canada. Although it is a breed mainly developed in Britain, their name comes from the province of Newfoundland and Labrador in Eastern Canada. In fact, some writers confused this dog with the Newfoundland breed. Although related, they do not have the same breed history.

One of the main reasons for their popularity is due to their name. Retriever type dogs were originally bred for hunting. They are a type of gun dog which was used to retrieve the prey which hunters had killed. As with many other types of working dogs, such as water rescue dogs or types of herding dog, their use as a working dog may have declined, but their popularity as companion animals has increased.

To better understand, we need to look at the two types of Labrador Retrievers more closely.

The American Labrador is more athletic, muscular and stylized than the English breed. Additionally, they have finer and slightly more elongated extremities than the English type. For example, their snout is noticeably longer than that of the latter.

Aside from appearance, the temperament of the American Labrador Retriever is closer to that of a working dog character. They are more active and energetic, precisely because they are used more often to carry out the physically intensive exercise required of working dogs. In the home, this means they will need more exercise.

Since they have been developed to be hunting dogs, they have a more acute hunting instinct. While this is very useful on the farm, it is something which needs to be considered when adopting an American Labrador Retriever into the family. They need to be cared for by a guardian who can properly educate and teach them. Most importantly, their hunting instinct needs to be channeled into healthy behaviors. If this does not happen, they may be more likely to attack other pets or even members of the family.

The English Labrador Retriever is known also as a Conformation Labrador. The reason for this is because they have been typically bred to be show dogs. While the majority will be used as companion animals, their genetic history has been geared toward their personal appearance more than ability to hunt.

Since the English type Labrador Retriever has not been bred as a working dog, they are not generally as athletic. The English Labrador Retriever has a larger frame and a slightly stockier build than their American cousin. They are also a late-maturing dog which can develop a fairly thick body and be more prone to obesity. This is especially the case with neutered dogs. They have relatively wide-set legs, a shorter snout and a moderately sized head.

The character of the English Labrador Retriever is delightful. They are very friendly, playful and affectionate. They make an ideal family pet. They are particularly good dogs for children. However, they will also need education, even if they are not a working dog. As with any dog, they may develop behavioral problems without it. Similarly, the American Labrador Retriever can be a fantastic family dog as long as we show them the proper respect.

Both the American and English types of Labrador Retriever were originally developed in Britain. However, after this time, both working type and show dogs were developed simultaneously in both the USA and UK. For this reason, we cannot necessarily say all working dogs are from America and vice versa.

However, the origins of all Labrador types also lies in Canada. When we speak of the Canadian Labrador Retriever, we are discussing the original specimen from which these breeds developed. It is not an extant breed, but one which was lost thanks to the popularity of current Labrador breed types. It was a breed which first emerged in the 16th century, but had changed even by then by the time the Labrador Retriever was developed.

All types of Labrador Retrievers have more shared characteristics than differences. For example, they are as likely as each other to develop the diseases common to the Labrador breed.

The coat of all types of Labrador Retriever is thick, dense and soft. It is water resistant, one of the reasons why they are so fond of playing in water and useful for duck hunting. While there may be variations of tone over an individual dog's coat, officially recognized Labradors do not have spots or other patterns. The only accepted colors of Labrador Retriever are:

Some international kennel clubs allow for a gene variation which results in a silver Labrador Retriever. However, these are not officially recognized by most dogs shows and competitions. It is, therefore, seen as a fault.

If you want to read similar articles to The Different Types of Labrador Retrievers, we recommend you visit our Comparisons category.

References
Bibliography
Types of Retriever Dogs
Differences Between Labrador and Golden Retrievers
Types of Dachshunds and Wiener Dogs
Types of Spaniel Dogs: Spaniel Breeds Around the World
Related categories
Ideal forNamesWhat you need to knowThe most...The least...
Most read
1.
Best Names for American Bully Dogs
2.
What is the Difference Between a Donkey, a Mule and an Ass?
3.
Tamil Names for Dogs - With Meanings
4.
100 Popular Bird Names
5.
Can You Have an Otter as a Pet?
6.
The 5 Most Wrinkly Dog Breeds
7.
How long does a Cat Take to Adjust to a New Home?
8.
17 Best Spotted Dog Breeds
Different Types of Boxer Dogs
Types of Poodle - Sizes and Mixes
What is the Best Pet for a Child?
Different Types of African Dog Breeds
Types of Cocker Spaniels
Types of Pet Tortoises Around the World
Types of Pinscher Dogs
Types of Siamese Cats

The Different Types of Labrador Retrievers 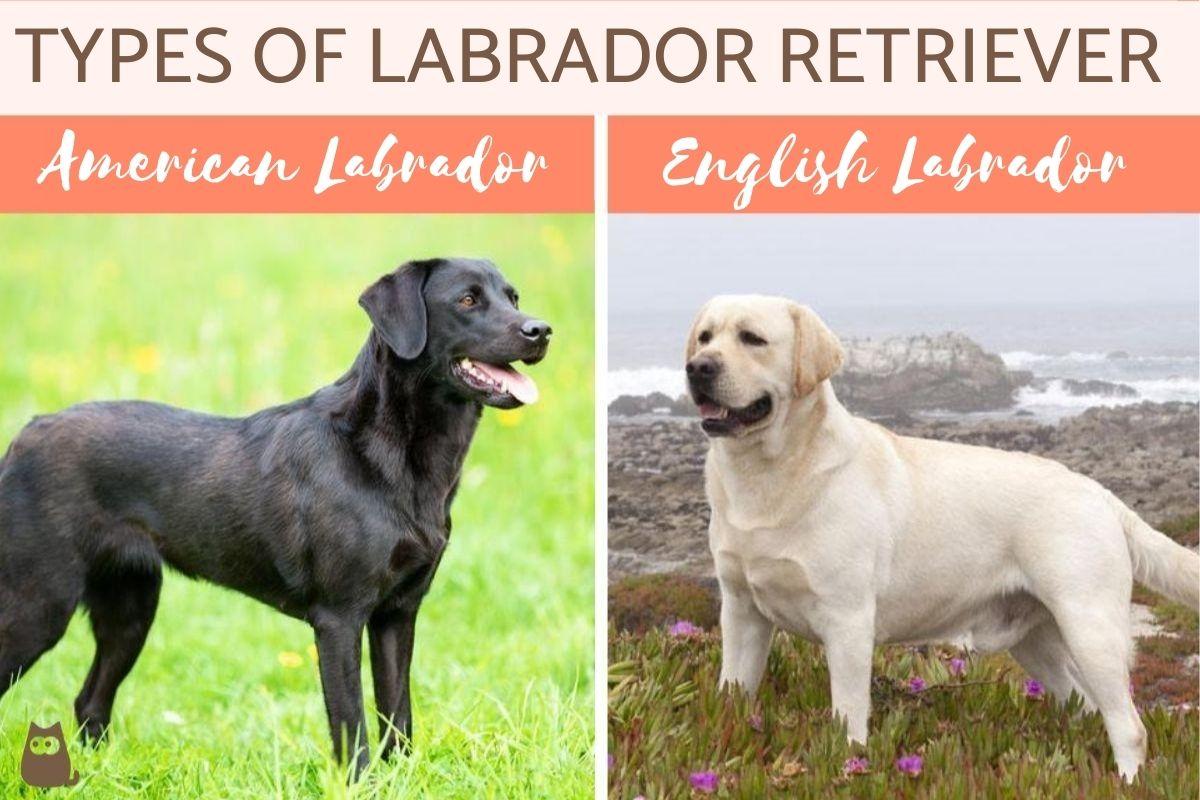 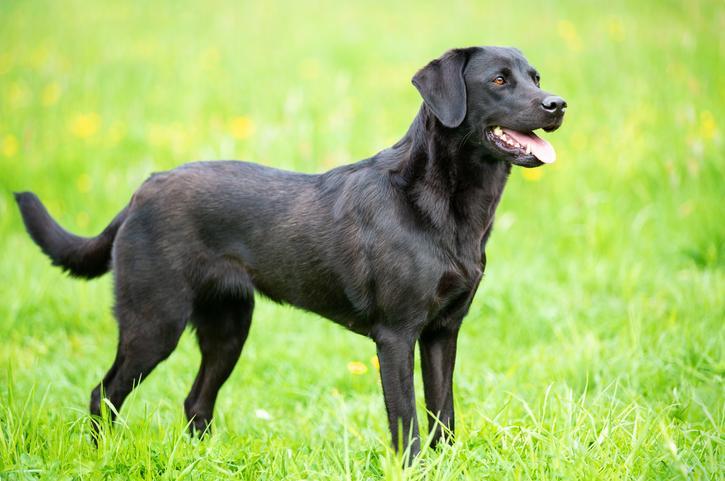 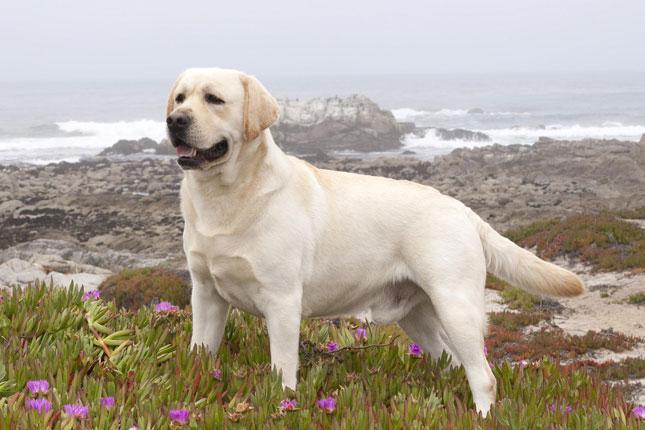 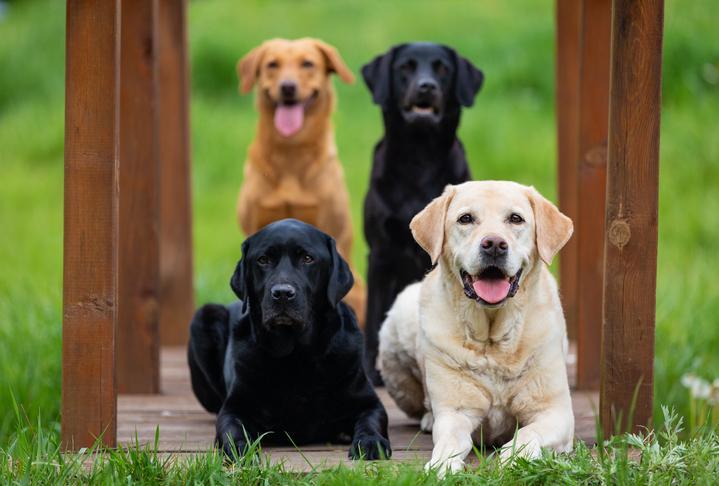