By María Besteiros, Expert veterinary assistant and canine/feline hairdresser.. May 28, 2020 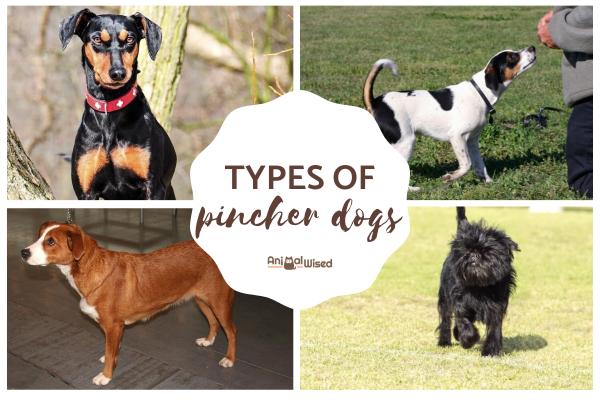 Pinscher dogs are fairly popular companion dogs. However, did you know there are different types of pinscher dog breeds? These include the Doberman, Miniature pinscher, German pinscher, Affenpinscher and the Danish-Swedish pinscher dog.

In this AnimalWised article, we're going to talk about the different types of pinscher breeds. We'll talk about each one of them and include photos. Continue reading to learn more!

You may also be interested in: Types of Doberman Pinscher - All Breed Variations
Contents

The Affenpinscher, also known as the monkey terrier, is a curious and active terrier-like pinscher breed dog. Their small size and adventurous personality makes them a great companion dog. This breed dates back to the 17th century in Germany. They were created to be a ratter in kitchens, granaries and stables. Their name comes from the German “affe” which means monkey, because of their facial appearance.

When it comes to their temperament, as we've mentioned, they are very active and adventurous. However, they can also be quite stubborn. Nevertheless, they make an excellent companion dog as they are very affectionate and protective of their human companion and their family.

The Doberman, or Doberman pinscher, is a large dog developed by Karl Friedrich Louis Doberman, a tax collector from Germany. That's also where their name comes from. Learn more about their history on our article about the origins of the Doberman dog breed. These dogs are known for being intelligent, extremely loyal, active and attentive. They're great as companion dogs and also as guard dogs.

When it comes to temperament, these dogs will need proper training and socialisation (like any other dog) in order to have a balanced temperament as adults. This is especially true for Doberman dogs as they tend to be very protective and sometimes aggressive. Doberman dogs are prone to certain health issues, learn more on our article about common illnesses in Doberman dogs.

The German pinscher is a medium-sized dog from the pinscher breed. They weigh around between 25–45 pounds (11–20 kilograms) and typically 17–20 inches (43–51 centimetres) in height, with a short coat. According to their FCI breed standard their coat can be black and rust, red, fawn, blue and tan.

These dogs are alert, good natured and playful. They make a great companion dog for active families. As with other dogs, you will need to train them through positive reinforcement and socialization.

The Miniature pinscher, also known as Min Pin, is a small breed of dog of the pinscher type from Germany. They have a predominant and strong character. Although they are very affectionate and sociable with their companion and their family, they're not as friendly when encountering a stranger. This is when proper socialization comes into play.

According to the FCI breed standard the Miniature pinscher 10–12.5 inches (25–32 cm) high with most desirable height 11–11.5 inches (28–29 cm) at the highest point of the shoulder blades. Their coat is short and smooth, with no undercoat. It can be solid red, stag red, blue stag red, chocolate stag red, fawn stag red, as well as black, grey, chocolate, blue, and fawn with tan points or rust points.

The Austrian Pinscher is a medium-sized breed of the pinscher dog breeds from Austria. In Austria, dogs were originally used for farming. They would keep the barns free of rats and also guard their home or livestock. Nowadays these dogs make wonderful dog companions.

These dogs can vary in physical appearance, however, the FCI breed standard states that they measure 33 – 48 cm (13 - 19 inches) at the withers. Their double coat is short to medium long. The coloration of their coat can be a variety of yellow, red or black and tan colours, usually with white markings on the face, chest, feet and tip of the tail.

The Danish-Swedish farm dog is a breed of dog that has its origin in Denmark and southern Sweden, but has become popular all over Scandinavia. Not only did they work on farms as a rat exterminator and watch dog, but they were great companions that could even play with the children in their household. Nowadays, they are great companion dogs that are very friendly, easygoing breed.

Their FCI breed standard says that a DSF should be 30–39 cm of height with a compact body. Their coat is hard, short and smooth in texture, with white as a dominating colour, with one or several patches of different colour combination.

If you've enjoyed this article you may also like our article on the most popular German dog breeds.

If you want to read similar articles to Types of Pinscher Dogs, we recommend you visit our Comparisons category. 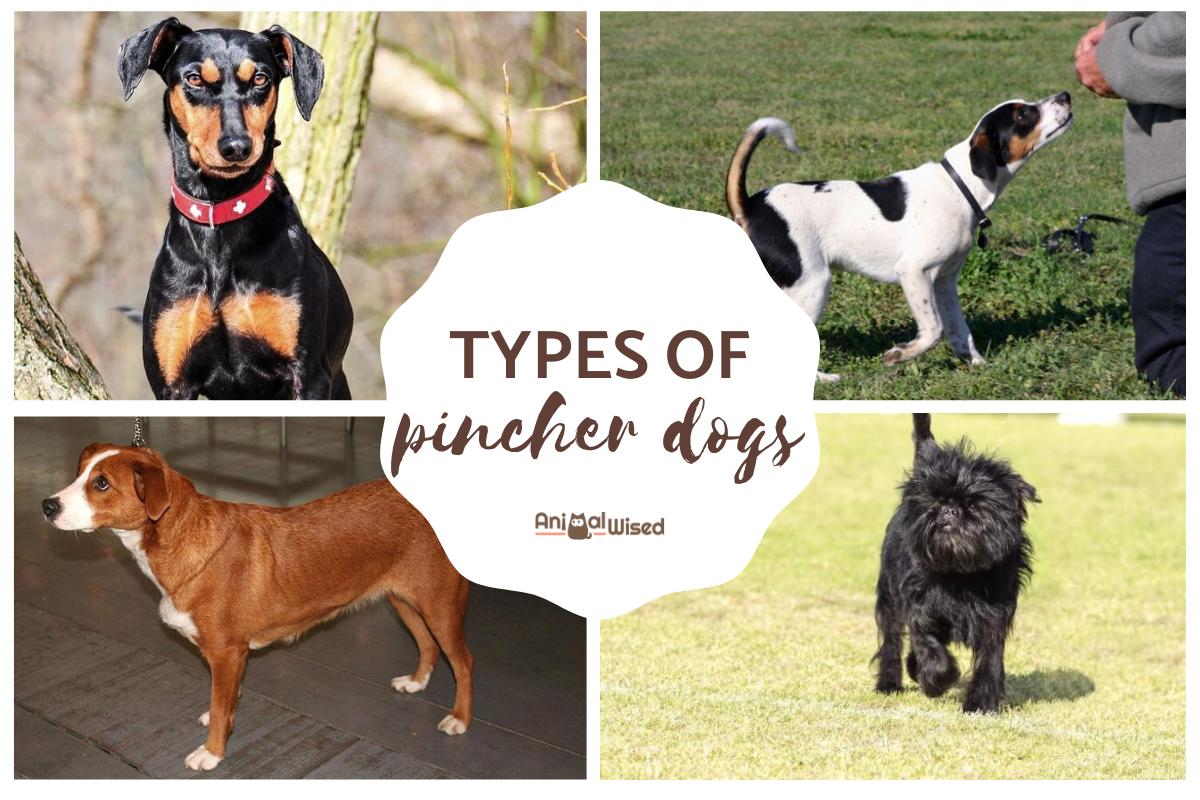 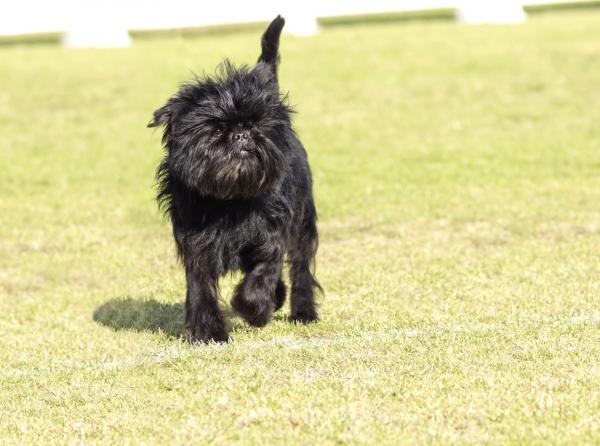 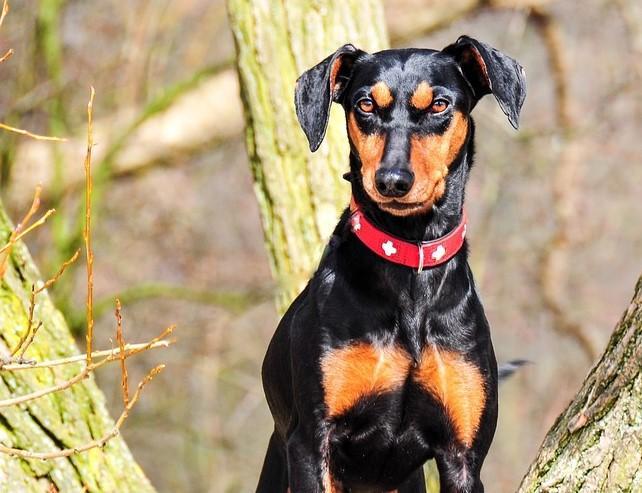 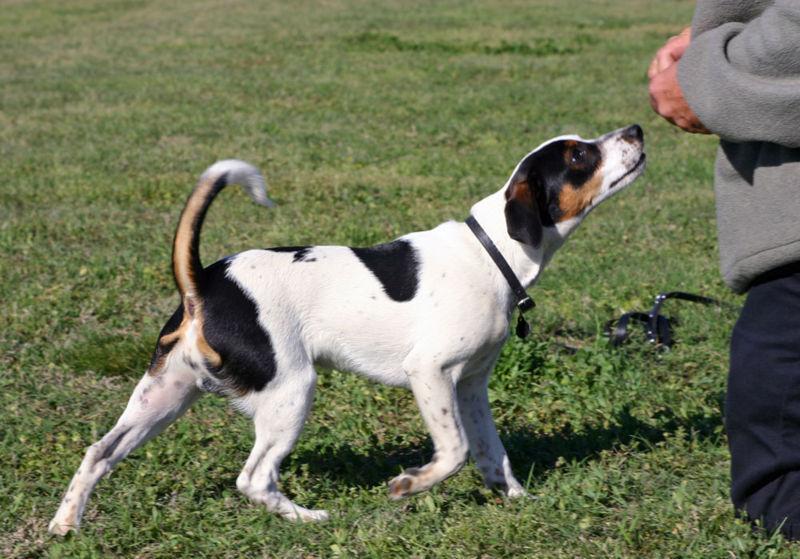 1 of 5
Types of Pinscher Dogs
Back to top