By Eduarda Piamore, Expert in canine and feline psychology, education and training.. August 11, 2021 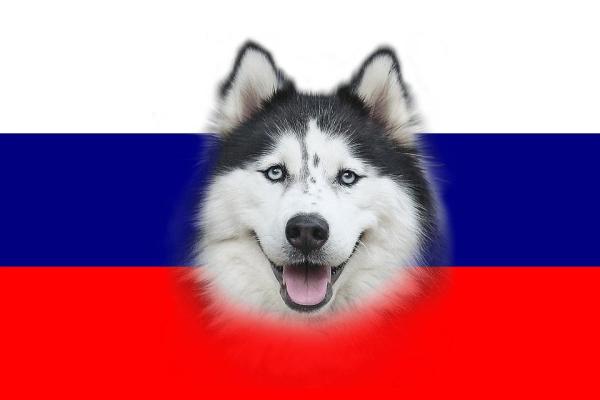 Russia, also known as the Russian Federation, is the largest country in the world by area. With such size comes great diversity in terms of societies, cultures, terrains and even dog breeds. In addition to witnessing some of the world's most important historical moments, Russia has been the origin for various dog breeds, not all of which remain today. At AnimalWised, we bring your our list of 10+ types of Russian dog breeds which you can find both in their country of origin and around the world. We show you both large and small Russian dogs breeds and provide photos of each so you can recognize them the next time you see them.

You may also be interested in: Types of Scottish Dog Breeds
Contents

Perhaps the best known Russian dog breed in the world, the Siberian Husky is easily recognizable. Also one of the fluffiest dog breeds, they have gained enormous popularity both within and outside their home country. This is in part due to their striking beauty and their special personality. Although now most popular as companion animals, Siberian Huskies were originally used as working dogs, pulling sleds across the heavy snows of Siberia.

The Siberian Husky is also one of the oldest dog breeds in the world. They originally accompanied the Chukchi, a nomadic people who migrated to the extreme north of Russia from northeast Asia. The history of this Russian dog breed helps us to understand their impressive physical stamina, energy levels and devotion they show to their guardians.

One of the most famous dogs in history is Laika, the first dog to enter space. Although her story met with a sad end, she was key in the space race between the United States and the Soviet Union. For her ground-breaking work, she will be remembered forever.

Laika is also the generic term for certain Russian dog breeds. There are several breeds which use the name Laika. The word itself can be translated to ‘barker’ or ‘barking dog’. For this reason, it is often used to refer to any type of Russian dog. In fact, the name of Laika the first dog in space was a mixed-breed dog who was rescued from the streets and trained for the mission. She was also referred to as Kudryavka.

The dogs referred to a Laika encompass hunting, sledding and herding dogs. In terms of official registration, not all breeds are recognized outside of Russia. Even those which are may be referred to by different names within Russia compared to outside. However, we can refer to certain working dog breeds known for their well-developed senses, agility and physical endurance. Among the main varieties of Russian Laika dogs are:

Here we show you a photo of the East Siberian Laika:

Often incorrectly thought of as a type of husky dog, the Samoyed is also one of the most popular Russian dog breeds in the world. They do bear a resemblance to Huskies in terms of facial shape and their thick fluffy coats. Their name derives from the Samoyed tribes native to Siberia.

For many centuries, these thick-coated Russian dogs were unknown outside of their home country. This changes in 1889 when the British explorer Ernest Kilburn-Scott became enchanted by his beauty. Upon return, we took a brown-furred Samoyed to give to his wife.

Quickly, the Scott family decided to dedicate themselves to the breeding and dissemination of these dogs in Europe. As the all-white specimens were thought of as more attractive, Scott became inclined to assert them as a basis for the breed standardization. For this reason, the Samoyed dogs that we know today display this beautiful white coat.

Although not as globally recognized a breed as other Russian dogs, the Borzoi is often considered one of the most exuberant types of sighthound. They are a tall, slim and elegant dog, whose most notable feature is their long and curly coat.

Borzoi dogs have historically accompanied the Tsars and the Russian nobility, being used to hunt hares and wild wolves. Progressively, Russian Sighthounds crossed the borders of their country and began to be adopted as companion dogs, thanks to their calm, loyal and somewhat independent character.

The East European Shepherd, also known as the Belarusian Shepherd, is a breed of Russian dog created during the Soviet Union. In Russian they are known as the Vostochno Evropeiskaya Ovcharka. The intent was to create a dog for use in the Soviet military. They sought an obedient and intelligent dog which could withstand the very low temperatures of various parts of Russia. To do this they crossed the German Shepherd with different native Russian dogs such as the Laika and the Owtcharka.

It is common to see references to the Eastern European Shepherd as a ‘single owner dog’ thanks to the strong bond of trust and devotion they form with their guardians. They assuredly need to be with a guardian who is able to meet their high training and education requirements.

The Black Russian Terrier, also known as the Chornyi Terrier, is a large, robust and rustic dog, with well-developed muscles. Despite their popular name, this beautiful canine belongs to the Schnauzer and Pinscher families of dog, and not a type of Terrier dog breed. In fact, its appearance quite closely resembles a Giant Schnauzer.

The charming appearance of the Black Russian Terrier belies a strong and somewhat complex personality. As they have been historically trained as a defense dog, these animals tend to be very suspicious and even aggressive in the presence of strangers. Therefore, those who think about adopting a Black Russian Terrier must be very clear that early socialization will be key in their education. This is vital to teach them to relate positively to people, animals and their own environment.

The Caucasian Shepherd Dog is a giant dog breed from Russia. As their name suggests, this large Russian dog breed is native to the regions in the Caucasus Mountains. They are particularly popular in Russia, Armenia, Georgia and Azerbaijan. They were originally trained as Sheepdogs to manage and protect herds, as well as being used as guard dogs for their caregivers.

Caucasian shepherds show exceptional stamina among giant dog breeds and astonishing physical resilience. However, their size and activity levels can make them prone to certain diseases and are considered a dog breed prone to hip dysplasia.

The Russkiy Toy is often referred to as the Russian Toy Terrier or, sometimes, the Toychik. They are a small Russian dog breed which remains little known outside of their native home. They are believed to have been bred originally from the English Toy Terrier.

Currently, two varieties of the Russkiy Toy are known; those with long hair and those with short hair, the former being older than the latter. Their appearance shares many similarities with types of Chihuahua dogs and their temperament is just as companionate and courageous.

Another large Russian dog breed, the Moscow Watchdog is often mistaken for the Saint Bernard which is originally from the Swiss Alps. However, they are one of the beautiful large Russian dog breeds, developed during the Soviet Union in the mid-50s or 60s. The Saint Bernard comparison is just since their creation has involved selective crosses of the breed, along with the Caucasian Shepherd Dog and different hunting dogs originating in Russia.

It is a powerful dog, with well-developed muscles and an imposing appearance. They can hardly go unnoticed wherever they travel. Their character is somewhat independent, protective offamily and very intellgient. As they have been trained as guard dogs, they tend to be suspicious in the presence of strange people and animals, so proper socialization will be essential in their education.

Our final canine on the list is another large Russian dog breed. This is unsurprising as there are large Russian breeds than small. Also known as the Moscow Retriever, Moscow Diver and the Moskovsky Vodolaz, they are very similar in appearance to the Newfoundland dog breed (pictured below). They are believed to have been crosses of Caucasian Shepherds and East European Shepherds.

Currently, experts are dedicated to verifying if this breed of Russian dog would already be extinct or if there could still be isolated specimens in or around Russian territory. Perhaps there possible extinction is due to the fact they were developed as a type of water dog, but were believed to be unsuited to the role.

If you want to read similar articles to Types of Russian Dog Breeds, we recommend you visit our What you need to know category. 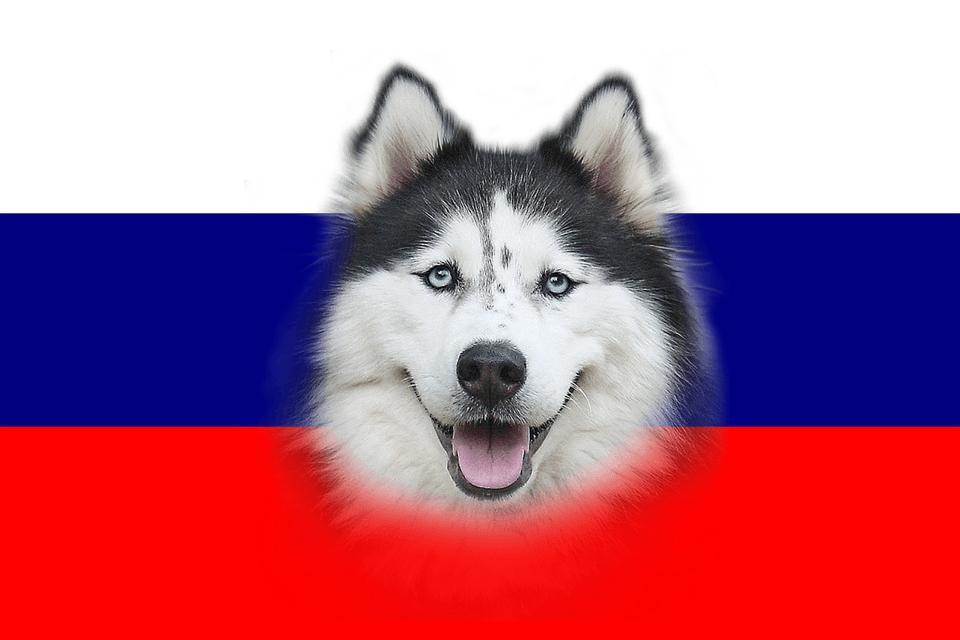 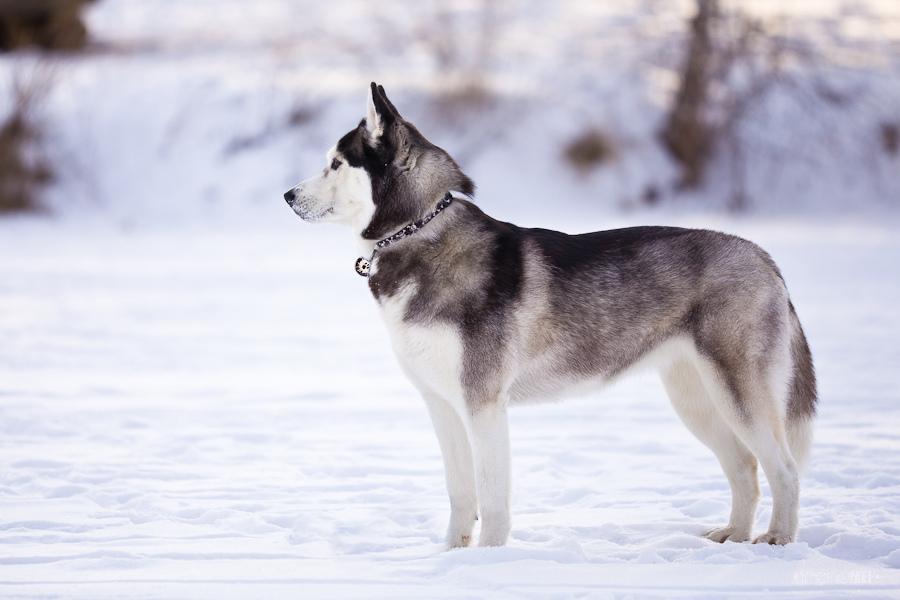 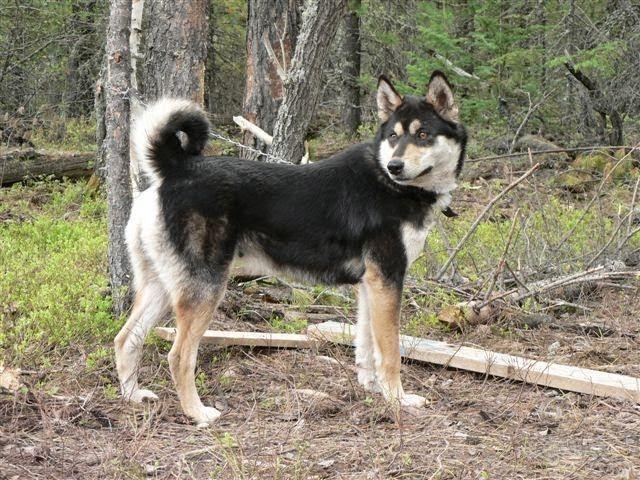 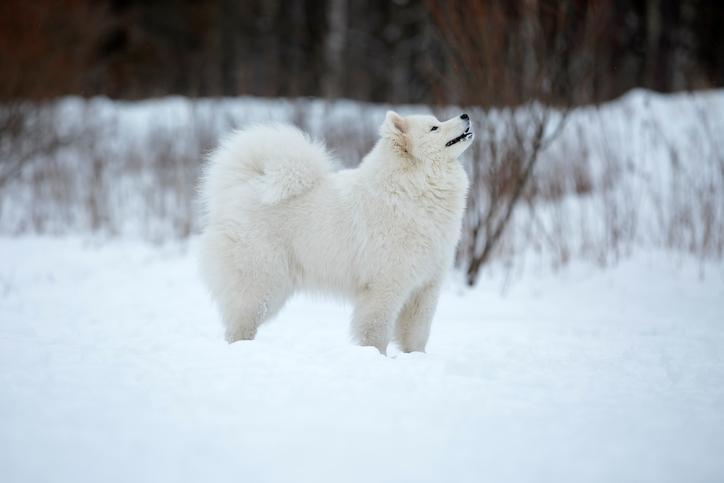 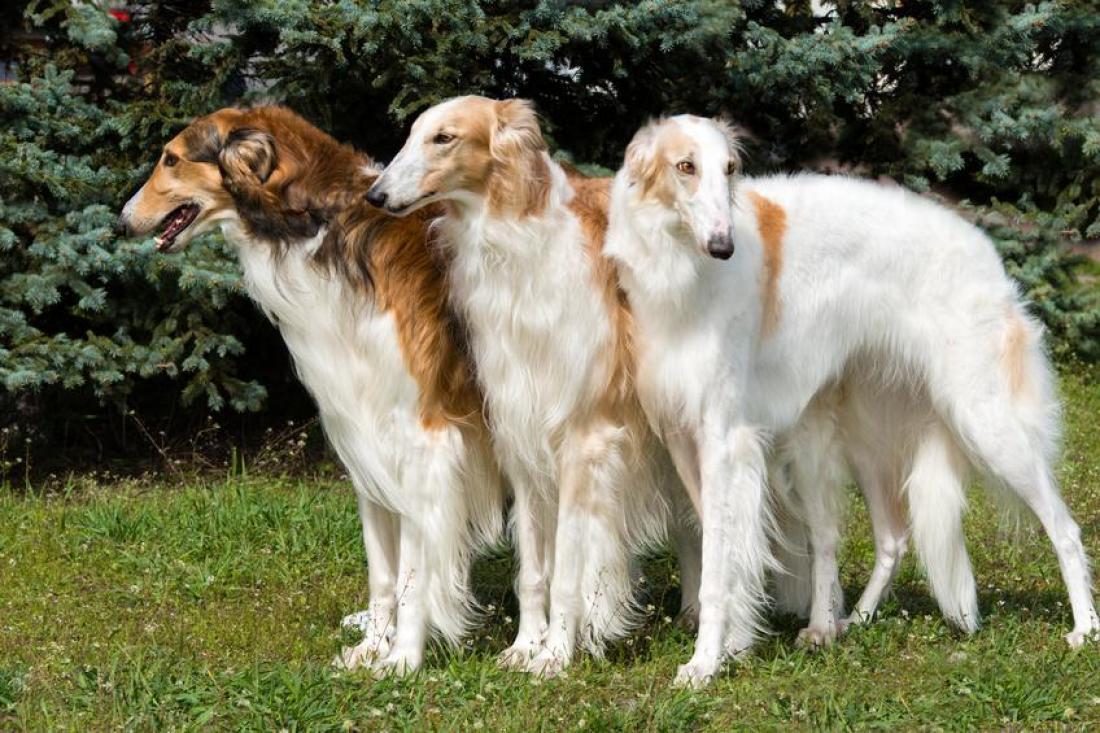 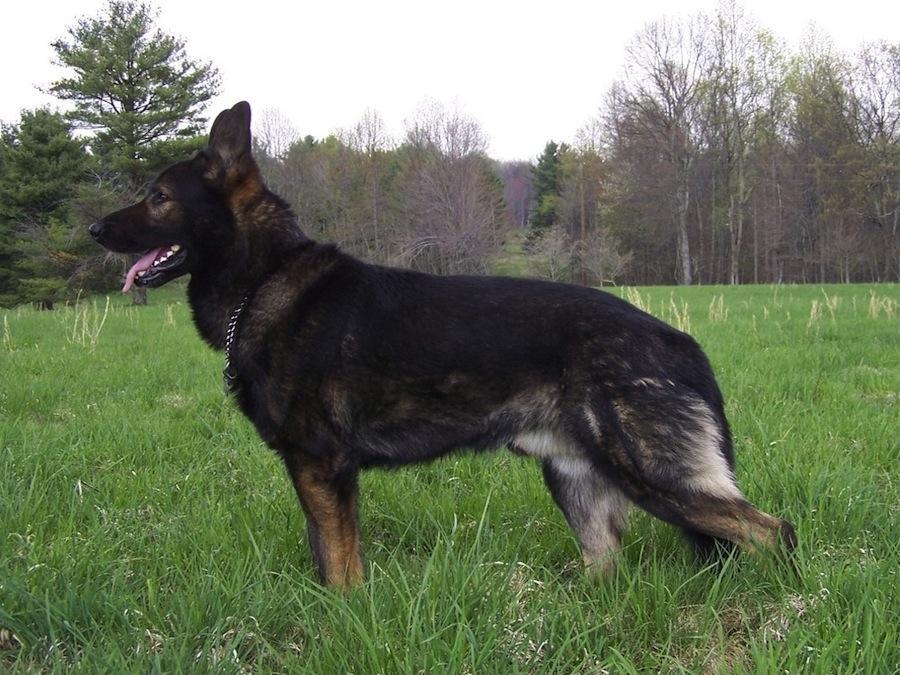 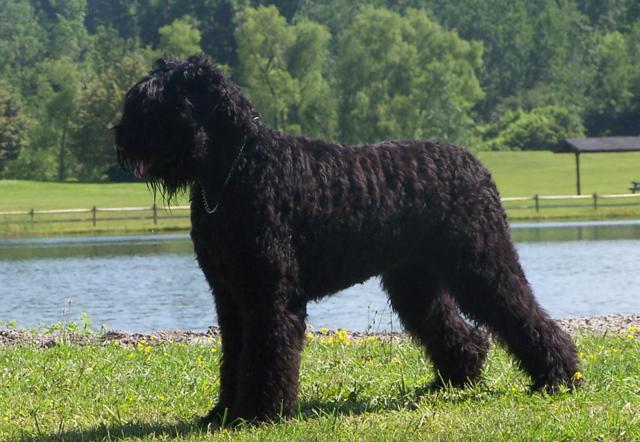 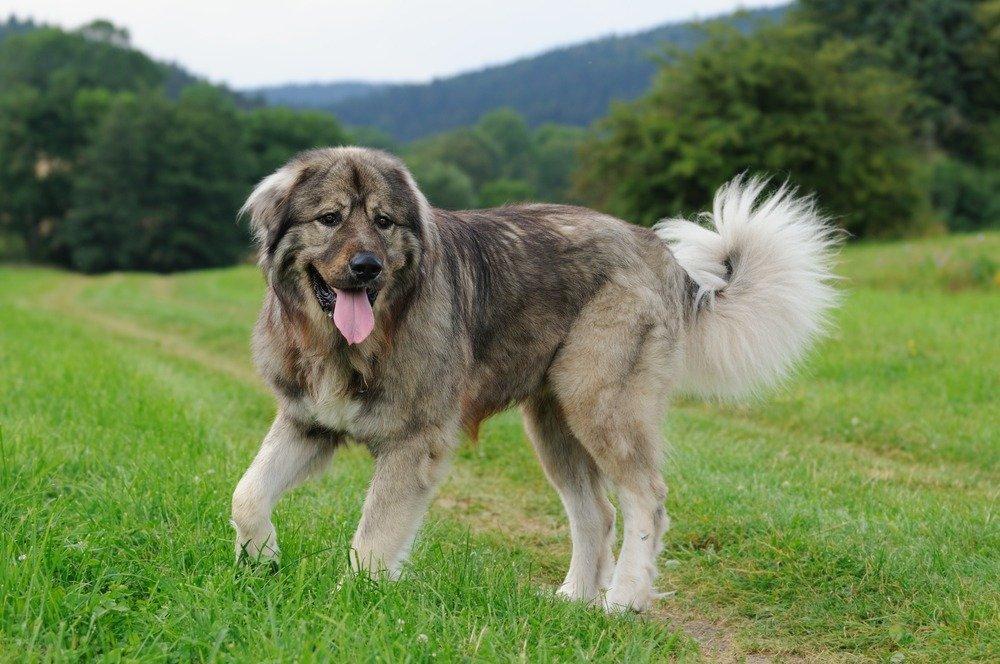 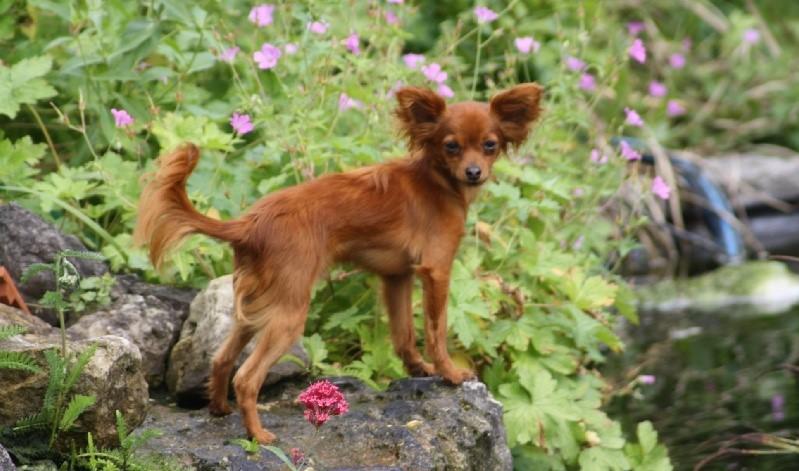 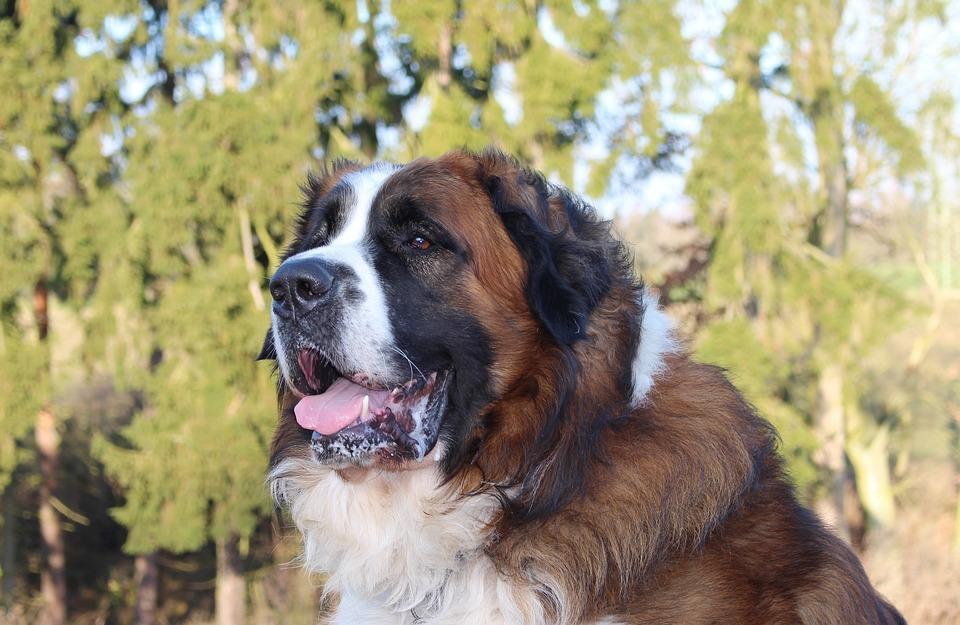 1 of 11
Types of Russian Dog Breeds
Back to top