What Is the Strongest Animal in the World?

By Nick A. Romero, Biologist and environmental educator. May 23, 2022

Contrary to what you might think, strength is not always related to the size of the body or the weight of the animal. You may be surprised to learn that some small animals have strength that far exceeds humans, and that some of them are capable of lifting, dragging, carrying, or pulling enormous weights. The strength of these animals is the result of various factors, such as their eating habits, their ability to endure pain, and their muscle development.

The following AnimalWised article lists 15 of the strongest animals on earth.

You may also be interested in: The Strongest Dog Breed in the World
Contents

Elephants are undoubtedly impressive mammals, known for their enormous size and weight. Elephants are also considered the strongest mammals in the world, especially the African savanna elephant (Loxodonta Africana). This species reaches a shoulder height of up to 3.96 m (13 ft) and a body mass of up to 11.5 tons.

The 40,000 muscles and tendons in an adult male elephant's trunk allow him to lift up to 300 kg. They can also carry up to 9,000 kg, which is equivalent to the weight of 130 humans. Elephants are even able to cut down trees with ease, a task impossible for other animals and even humans without the help of tools.

If you want to learn more about elephants and the different types of elephants, do not miss this other article about the differences between African and Asian elephants.

The white rhinoceros or white-lipped rhinoceros (Ceratotherium simum) is the largest living species of rhinoceros and second-largest mammal. Head and body length can reach 13.1 feet (4 m) and a weight of 5,070 lb (2,300 kg).

Despite their solitary lifestyle and normally peaceful personality, rhinoceros temperament is very unpredictable. When threatened or cornered, they use their brute strength to attack anything they might consider a threat. They have been found to be most aggressive when protecting their babies.

Despite their enormous size and weight, rhinos are good runners. They can run at speeds of 30 to 34 mph. The armor-like build of these animals does not detract from their speed. Because of their strength, weight, and speed, being hit by a rhino is virtually the same as being hit by a speeding car. Rhinos are also capable of lifting other animals, toppling trees, and even overturning vehicles with ease.

If you want to learn more about rhinos and the different species, do not miss this other article about the different types of rhinos, where we discuss the main characteristics of each species.

The Bengal tiger is a population of the subspecies Panthera tigris tigris. It is one of the largest wild cats living today. In fact, tigers are not only the largest big cats, but also the strongest predators. Bengal tigers reach a head-torso length of 204 cm (80 in) plus a tail of 107 cm (42 in) and a weight of up to 261 kg (575 lb).

It is known that tigers are able to carry slain animals up to twice their own body weight, not only on the ground, but also many meters high up a tree.

The paws of a tiger can reach the size of 20 x 20 cm (8 x 8 inches). It is estimated that the force of a tiger's paw is about 10,000 pounds. Next to the bear, a tiger's paw strike is one of the deadliest weapons. In fact, a single blow from a tiger's paw is enough to kill animals or break their backs.

They can also leap up to 16 feet (ca. 5 meters) high and reach speeds of 40 miles per hour (ca. 64 km/h). Tigers are not only nimble land predators, but also skilled climbers. Unlike most big cats, tigers are also excellent swimmers. Their webbed feet and muscular bodies help them adapt perfectly to a semiaquatic lifestyle.

Because of their size and muscular body, they can lift up to 80% of their body weight (about 500 kg). Although it belongs to the carnivores, it is actually an omnivore, but it can also hunt large prey such as cattle, moose, caribou, oxen and even black bears. Bears have great strength in their limbs, which they skillfully use along with their claws to defend and hunt. In fact, an adult grizzly bear can effortlessly lift rocks weighing about 300 kg with a single paw.

The green anaconda (Eunectes murinus), also known as the giant anaconda, common anaconda, common water boa is a species of boa found in South America. It is the heaviest and one of the longest known snake species in existence. The average size of this species is 6.27 m (ca. 21 ft) and its weight is 91 kg (ca. 201 lb).

Like all boas, it is a non-venomous constrictor snake. Constriction is a method used by several species of snakes to kill or subdue their prey. The snake first strikes at its prey and holds it in place by pulling the prey into its coils or, in the case of very large prey, pulling itself onto the prey. The snake then wraps one or two loops around the prey, forming a constricting loop. The snake monitors the prey's heartbeat to determine when it is dead.

Anacondas can constrict, kill, and eat prey up to their own body weight. This allows them to capture large prey such as caimans, wild boars, and even jaguars.

Read this other article if you want to learn more about the largest snakes in the world and their main characteristics.

The harpy eagle (Harpia harpyja) is a neotropical species of eagle. It is the largest and most powerful bird of prey in its range, and is one of the largest living eagle species in the world. This species can weigh up to 22 lb (ca. 10 kg). Harpy eagles reach an overall length of 107 cm (3.51 ft) in total length and have a wingspan of 224 cm (7 ft 4 in).

Their strength is mainly due to their powerful claws and massive wings.

With its large talons, an eagle has about 10 times more gripping power than a human hand. In addition, eagles can fly higher than most other birds with their powerful wings. Some eagles can even lift prey that is almost as heavy as they are.

Continue reading this other article to learn more about the different species of eagles and their main characteristics.

Gorillas are herbivorous, predominantly ground-dwelling great apes that live in the tropical forests of equatorial Africa. Gorillas are the largest great apes and the strongest primates. Wild male gorillas weigh up to 500 lb. (227 kg). Adult males can reach 5 ft (1.8 m) tall and have an arm span of up to 8 ft (2.44 m).

Their lifestyle of climbing and running on their ankles strengthens their arms, and it is estimated that a gorilla is about 15 times stronger than an average human.

Continue reading this other article to know more about the different types of gorillas and their most important characteristics.

The Hercules beetle (Dynastes hercules) is a species of rhinoceros beetle. It is the longest existing beetle species in the world, and also one of the largest flying insects. Despite their size, male hercules beetles can grow up to 7 inches (ca. 18 cm) long, they are incredibly strong.

Relative to their size, these insects are capable of lifting large amounts of weight. They can carry up to 100 times their body weight and then barely move. Some studies even suggest that they are capable of carrying 850 times their own weight, although this has not yet been confirmed.

Onthophagus taurus can pull 1141 times its own body weight.

The extraordinary strength of many of these beetles is due to their unusual mating habits. Female beetles of this species dig tunnels under a dung heap where males mate with them. When a male enters a tunnel that is already occupied by a rival, they fight with their horns and try to drive each other away, this is why they have developed such an amazing strength.

Leafcutter ants, a non-generic name, are one of 47 species of leaf-eating ants belonging to the two genera Atta and Acromyrmex. These ants have the distinction of cutting off leaves and flowers, which they bring to their nest to grow the fungi on which they feed.

Leaf cutter ants are incredibly strong. Their body distribution and the strength of their joints allow them to carry weight much greater than themselves. They are able to lift about 20 times their own weight. In addition, they have enormous jaws and carry leaves, twigs, and flowers above their heads.

Continue reading this other article to know more about the different types of ants and their most important characteristics.

The giant grouper is an opportunistic predator that feeds on a variety of fish, as well as small sharks, juvenile sea turtles, crabs, and mollusks, all of which are ingested.

Oxen are still used for plowing, transportation (pulling carts, pulling wagons, and even riding horses), threshing grain by trampling, and powering machinery that grinds grain or provides irrigation, as well as other purposes. It is believed that oxen were first harnessed and used for work as early as 4000 BC. There is a reason why the popular saying is strong as an ox. An ox can pull and carry 1984.16 pounds (ca. 900 kg), which is 1.5 times its body weight.

The saltwater crocodile is a large and opportunistic hypercarnivorous apex predator. It ambushes its prey and then drowns or swallows them whole. It is capable of overpowering almost any animal that enters its territory, including other apex predators such as sharks, various freshwater and saltwater fish, various reptiles, birds, and mammals, including humans.

Crocodiles are also the world champions when it comes to biting. They kill with the greatest bite force ever measured directly in living animals, with a bite force value of 3,700 pounds (ca. 1,678 kg). Their biting power may even rival that of the mighty T. rex.

If you are interested in crocodiles and large reptiles in general, continue reading this other article to learn more about the difference between alligators and crocodiles.

The Shire has a great ability to pull weights. It was used for farm work, to pull barges at a time when the canal system was the main means of transporting goods, and as a draft horse for road transport. The record for the highest weight ever pulled by a horse is held by a Shire that pulled a whopping 58,000 pounds (26308.357 kg) in 1924.

The bite of a great white shark is extremely powerful. Computer models suggest that the maximum bite force for a large shark is 18,000 newtons (18,000kgm/s²), but this has not yet been measured on a live shark. Sharks have very sharp teeth and rely on cutting and head shaking to tear off pieces of meat, so they do not need to bite with their full strength.

If you want to read similar articles to What Is the Strongest Animal in the World?, we recommend you visit our Facts about the animal kingdom category.

What Is the Strongest Animal in the World? 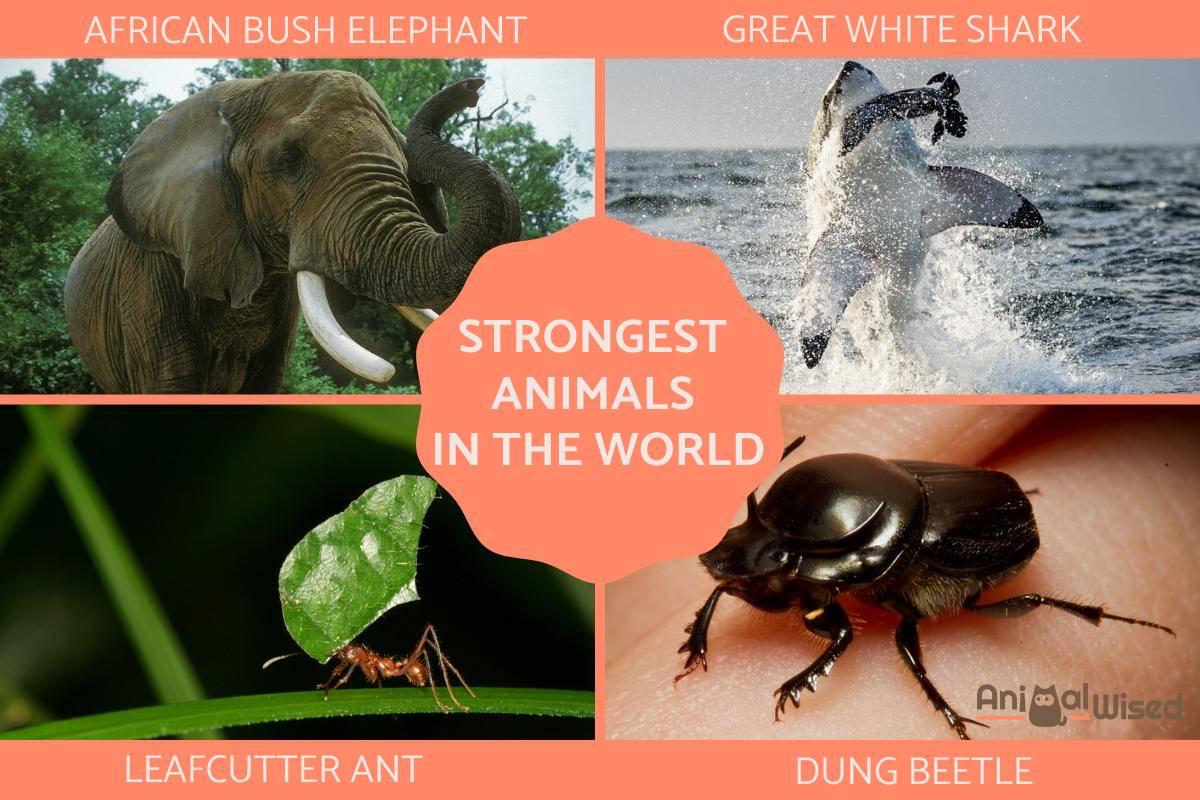 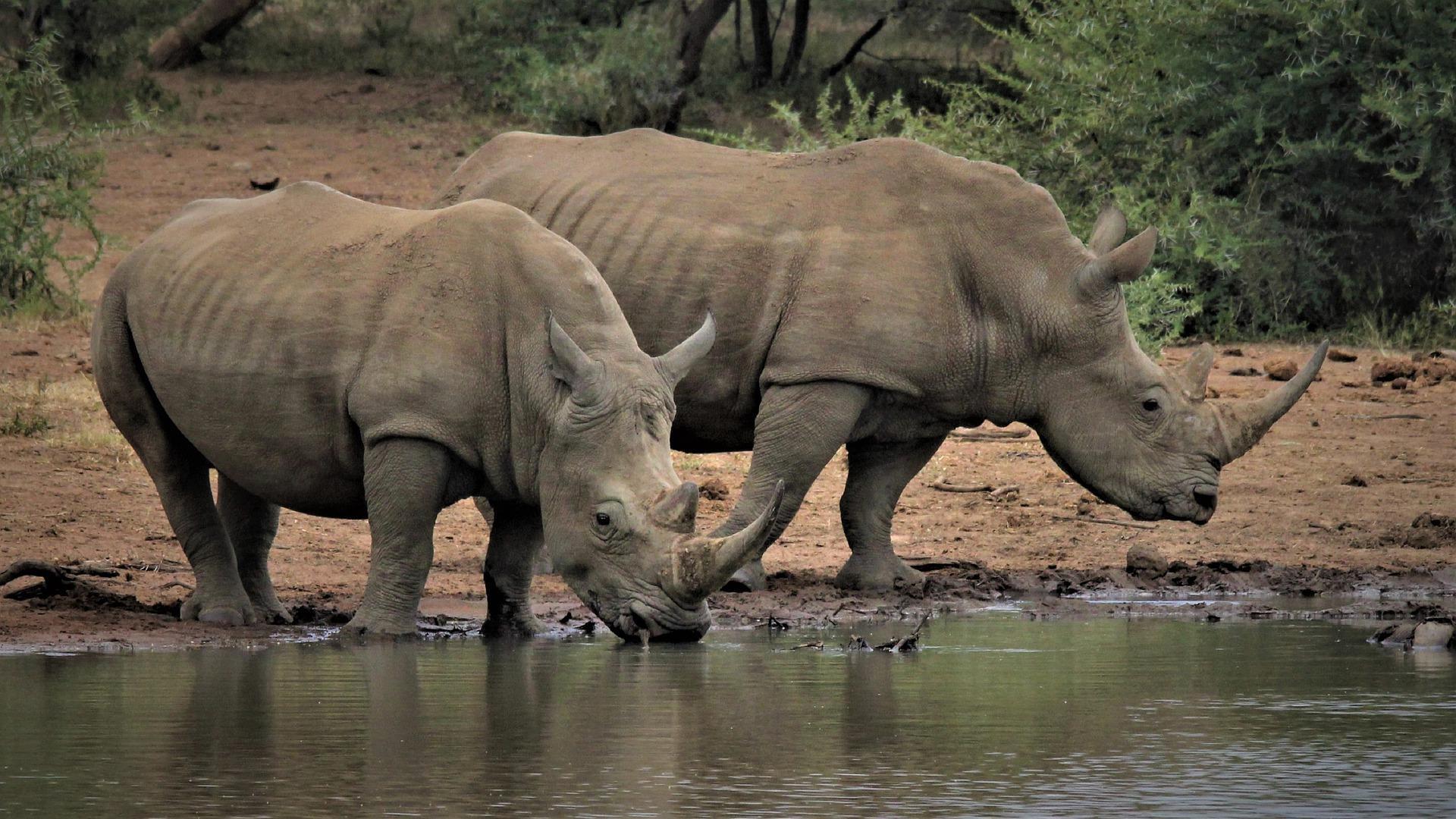 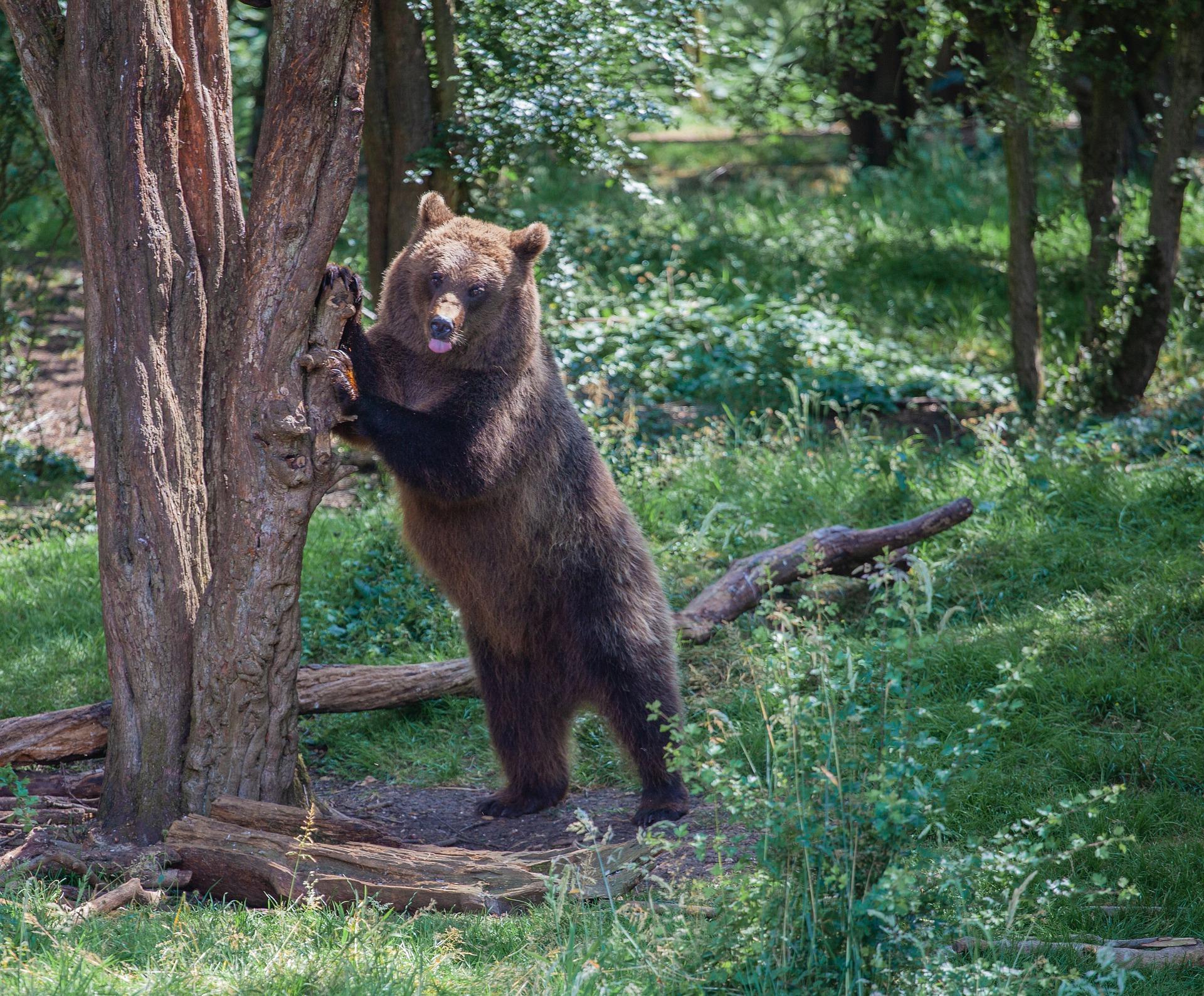 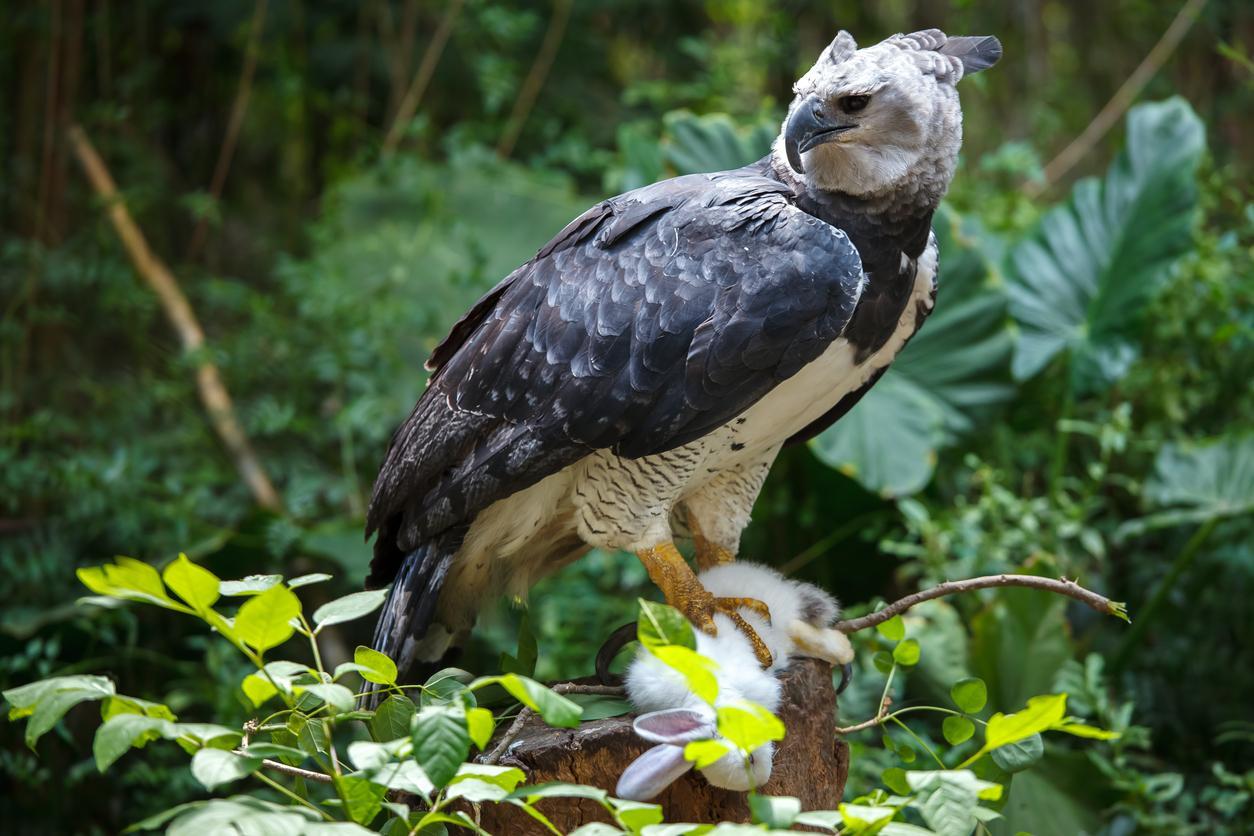 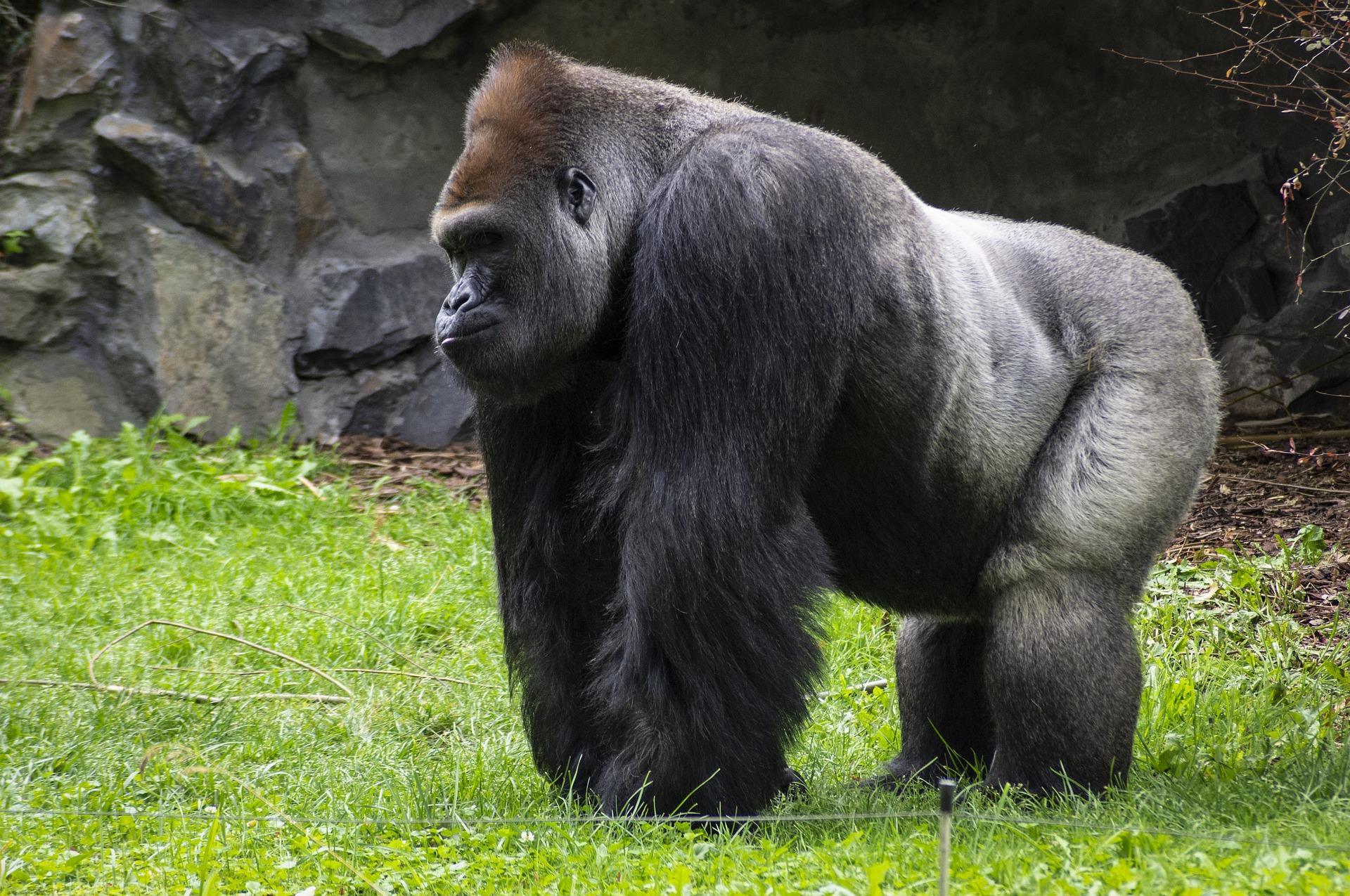 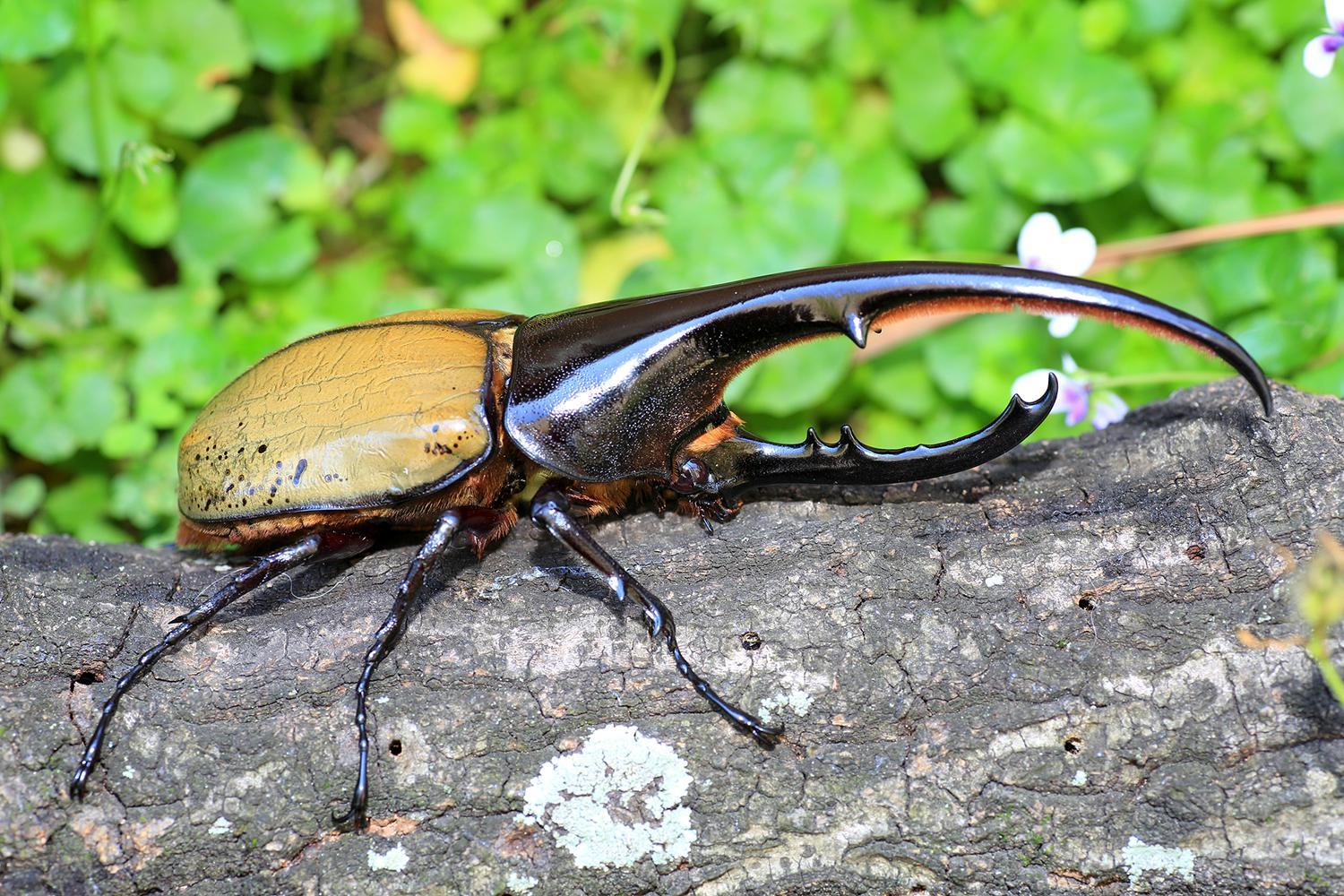 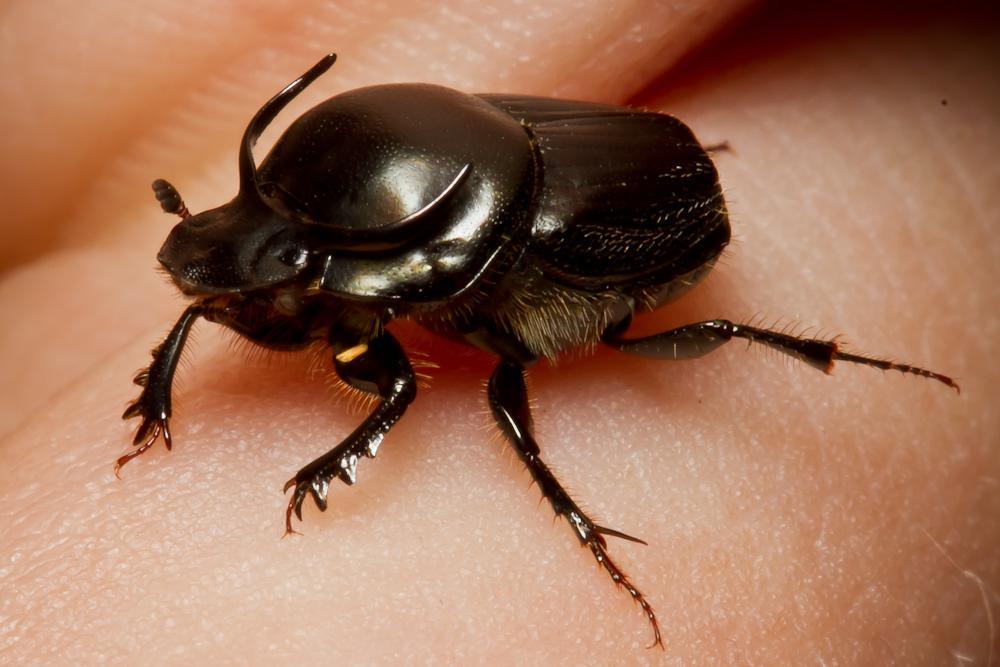 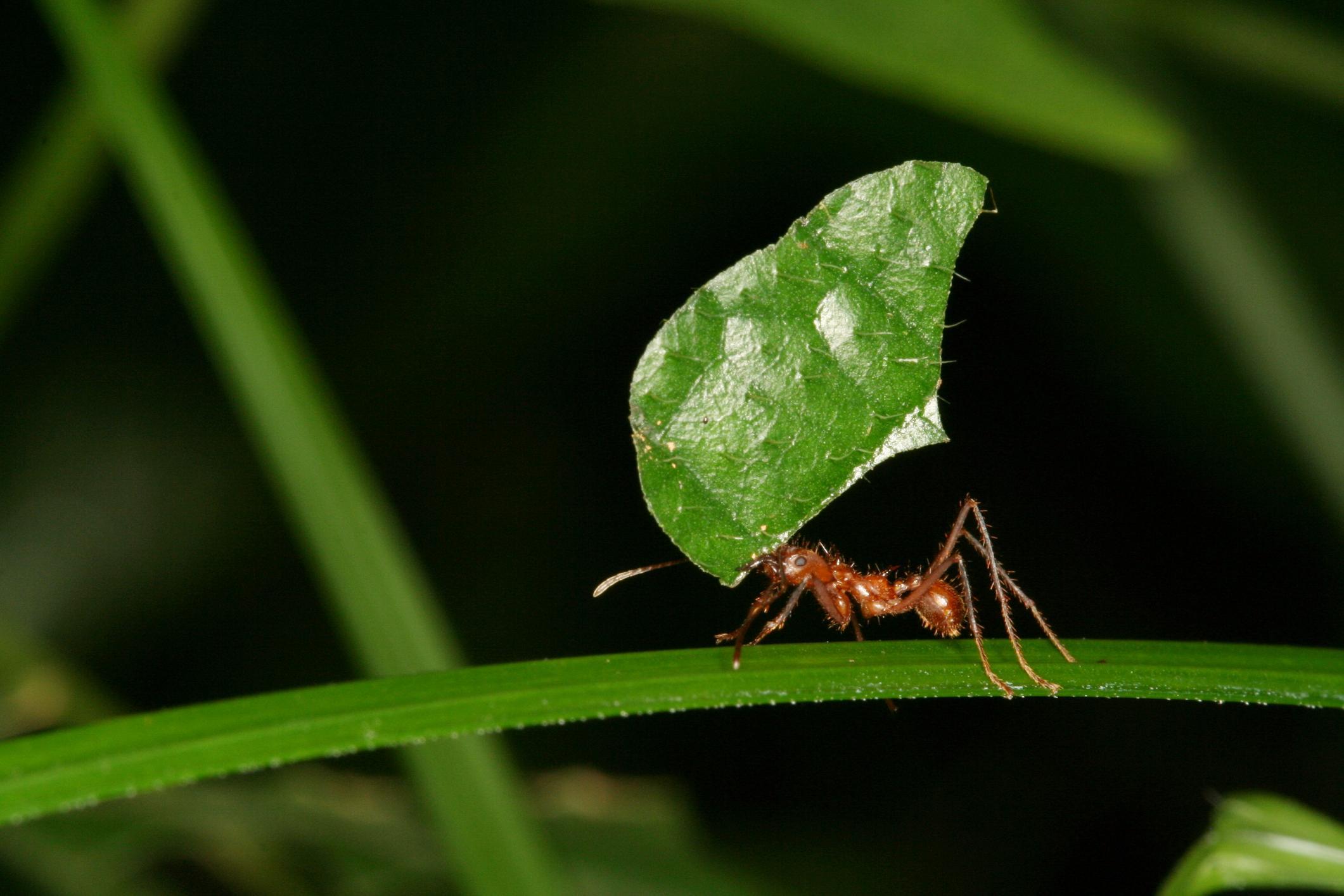 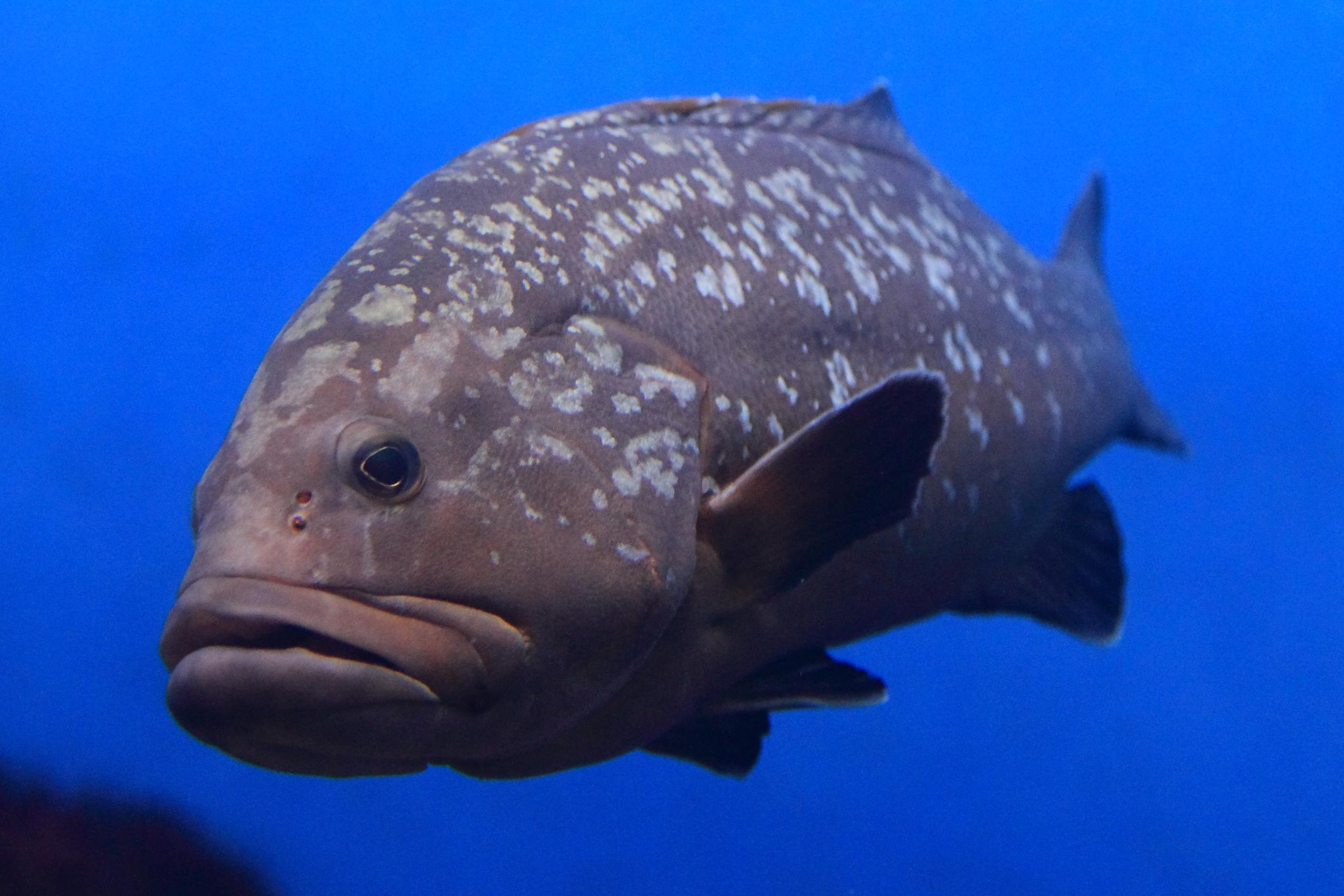 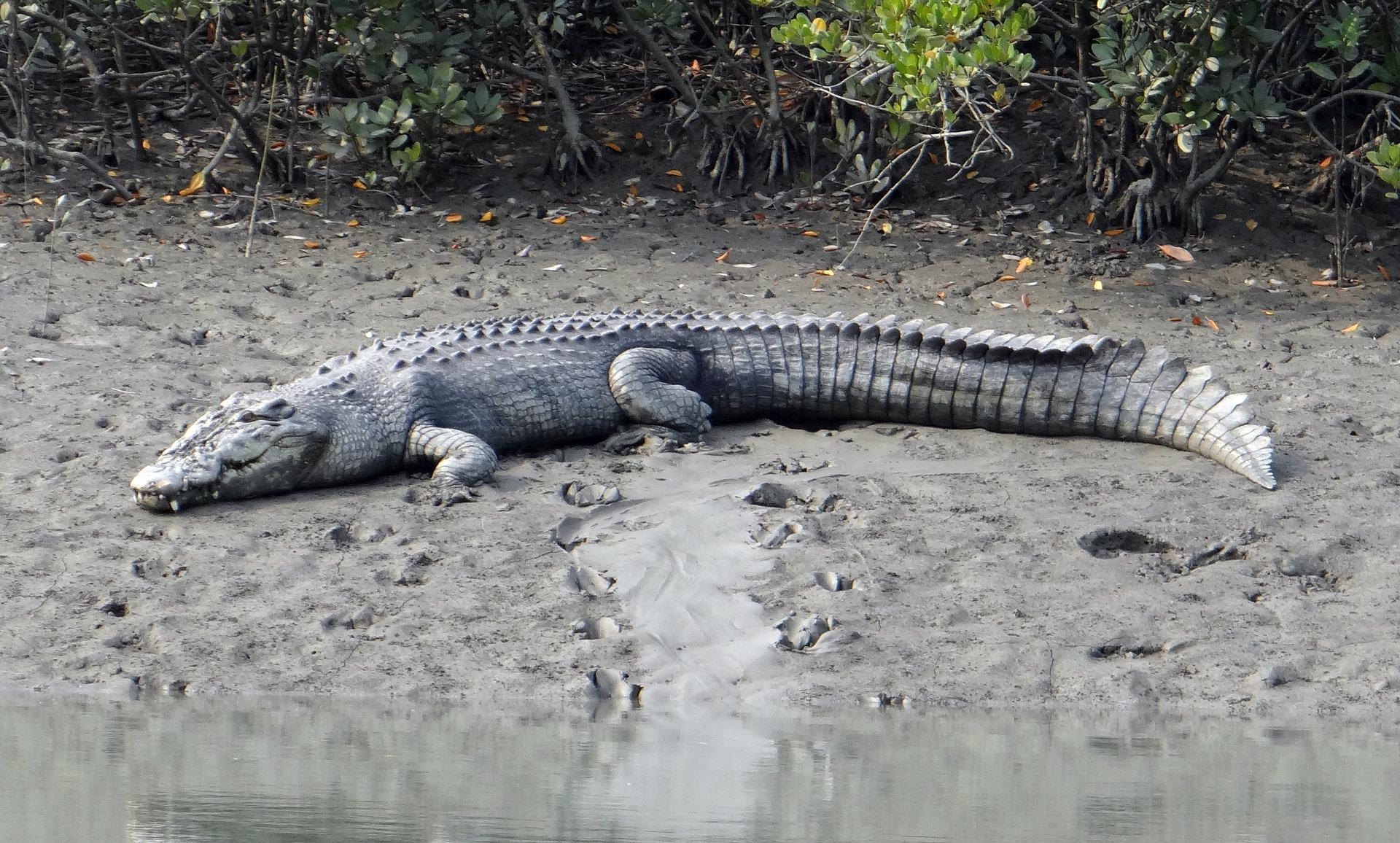 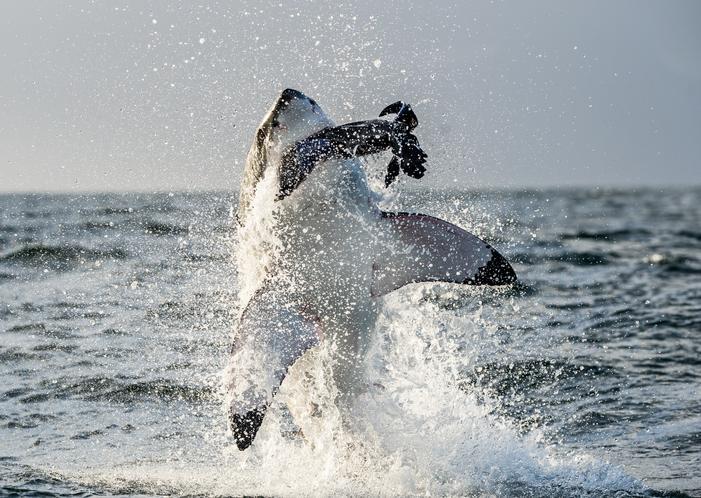 1 of 16
What Is the Strongest Animal in the World?
Back to top